A GRIP ON SPORTS • We can’t wait for next Tuesday. Nor can, we believe, our mailman. That’s election day and his load should be a lot less taxing after. That thought led to another one. If UCLA alums were allowed to vote, how many of them would vote to leave the Pac-12 for the Big Ten?

• The two thoughts were running around our head nearly simultaneously mainly because it’s impossible to avoid campaign ads and Bill Walton, who seems as if he would be a great candidate for governor of California on the We Miss The ‘70s Party ticket, spoke up yesterday about the Bruins’ upcoming move.

We can’t help but begin wondering if everything is related. 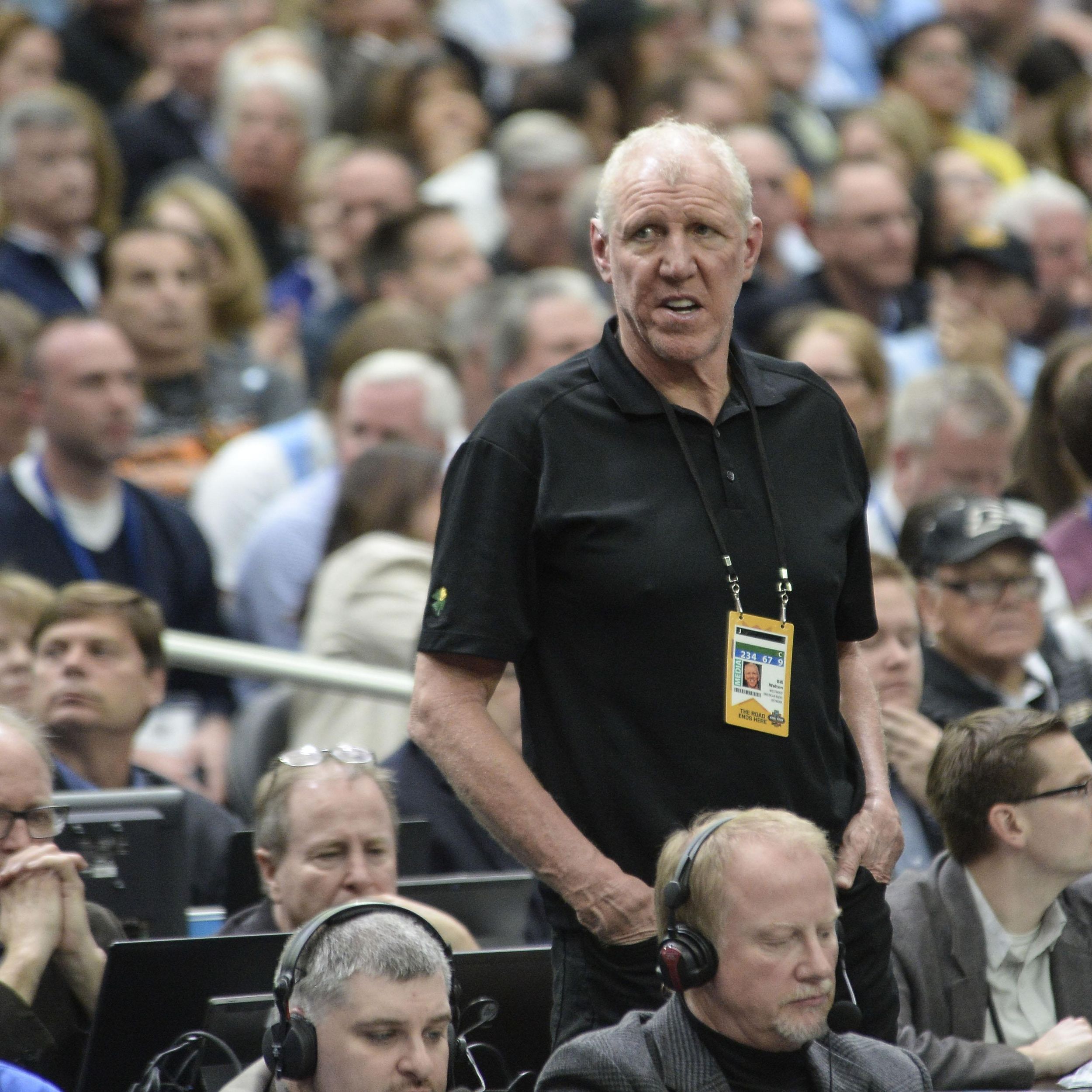 Walton has been quiet ever since UCLA announced in June it would join USC and jump off the Pac-12’s ship. The destination? Hicksville. A conference filled with cities akin to Pullman. At least in the eyes of most Los Angeles residents.

That’s a simplistic (and wrong) view, of course but it also isn’t one that’s easily changed. Even Walton feels that way.

“I have spoken to no one, other than the highest-level directors of athletics at UCLA,” he wrote, almost in verse, in a statement sent to John Canzano, “who think that this proposed move to the Big 10 is a good idea. Every argument made by these senior AD’s and why they like it, is about money.

“These same proponents of moving to the Big 10, are the first people I have ever encountered in my life, who have claimed economic hardship and limitations in Los Angeles, and that the solution lies in the Midwest.”

Nice dig, Bill. Hope ESPN doesn’t ask you to wax poetically on a basketball game in Iowa City this season. But we included the whole section of his statement because even Walton acknowledges the true reason behind the move.

We all know that’s what is rubbing out the Bruins’ Pac-12 legacy. A sense of fiduciary duty. But is there actually one needed in college athletics?

Walton lays out a whole host of reasons why he doesn’t believe so, at least not to the degree the move to the Big Ten represents. They are worth reading. And before you say “that’s just Walton, he’s strange,” consider this for a second. Maybe he’s right.

Where does the money really go? To helping the athletes who, you know, actually play the sports we love to watch on TV? Or to buildings which will be outdated in a decade, or to innumerable behind-the-scenes personnel that grow like kudzu through the football programs, or to perks that may attract better players but do little to advance the mission of educating them?

Maybe it’s time for football to exit the intercollegiate bus. To move into its own space. To be spun off, like conglomerates will do, into a separate entity with ties to universities but not fueling them.

Let the NCAA, or a new, less-traditional entity, run basketball and everything else. Divide the tournament billions equally, doing away with the shares rewarding NCAA winners. After all, isn’t winning its own reward?

If you win an NCAA title, great. If you make the tournament, great. If you offer a chance for your student/athletes to compete and learn the lessons such competition presents, great. Financially, the reward should be all the same. And should be enough for a school to fund its sports’ needs

Look into the future. Envision where we are headed. The path schools are on now isn’t sustainable. Already, some universities have moved to the point where the athletic departments are only tangentially connected to the rest of the school. Facilities and opportunities cast a shadow over the core mission, threatening to engulf the rest of the university like some evil entity in a Marvel movie.

A change is needed. Someone has to draw a line in the sand. Bill Walton decided to this week. Maybe others will follow.

But more than likely he, and all that agree with him, will get steamrolled. 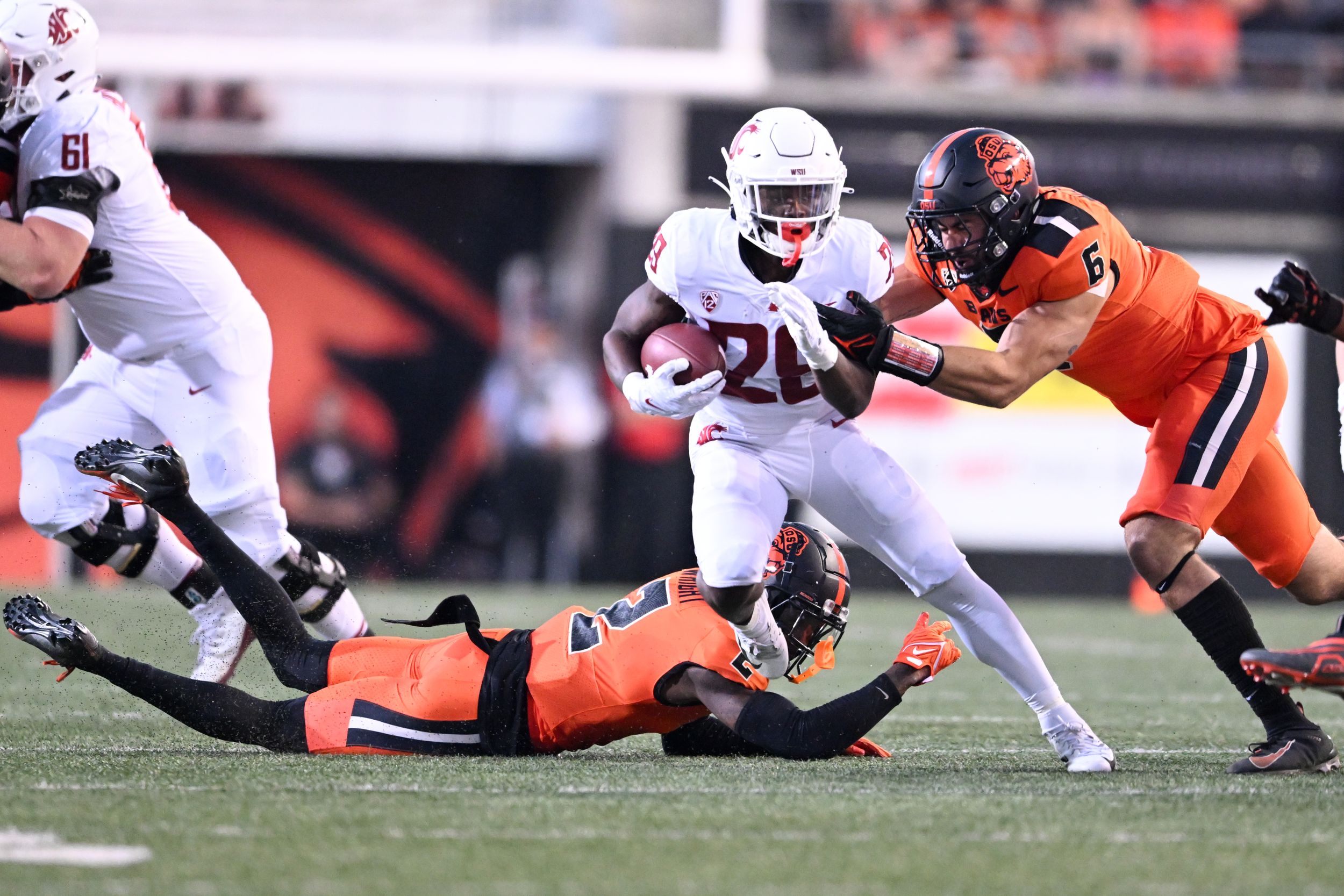 WSU: The Cougars would like to run the ball more. And to do it effectively. But the latter takes players capable of doing it well. Healthy players. That’s not the case currently. Colton Clark delves into such things today in this notebook. … Elsewhere in the Pac-12 and college football, the ultimate goal of the high-end programs is to make the playoffs. The first rankings were released Tuesday. Jon Wilner examines them in the Mercury News. Remember, they are sort of like a first-quarter game score. Interesting but things may change the rest of the way. … Wilner also looks at possible bowl destinations and shares Walton’s thoughts. … We linked above the Walton comments in Canzano’s column. … Women’s basketball will more than likely have an impact on the upcoming media deal. … What are the chances Washington runs the table? We can pass along an answer. … Oregon State, coming off a bye, should give the Huskies a run for their money Friday night. After all, the Beavers run against everyone. … Colorado is in last place in the Pac-12. The Buffs play first-place Oregon this week. And there is some trash talk coming from Boulder. That’s an interesting strategy Cotton. … Utah seems to have a more-than-competent backup quarterback. … Utah, Oregon, UCLA, USC and Oregon State are in the first CFP rankings. … The Trojans have a good young offensive lineman. … The Bruins face Arizona State this Saturday. … Jayden de Laura has found a replacement for Nick Rolovich in Arizona. … In basketball news, Washington won an exhibition game easily last night. … Is Stanford a utopia for some? … Arizona hosted Western Oregon in an exhibition game. The result was as expected. … An Oregon guard is out a while. 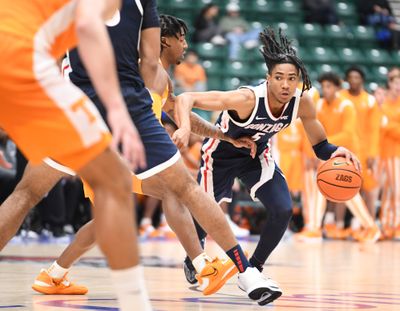 Gonzaga: We could have focused upon GU playing another exhibition tonight. But the game against Warner Pacific in the Kennel (6 p.m., KHQ) isn’t going to be a competitive contest. It is, however, a chance for you to see this year’s team again and for Theo Lawson to explain how it came about. … Theo, a noted clothes horse, has this story as well on the Zags’ uniforms for the Nov. 11 game vs. Michigan State on the Abraham Lincoln. … Kentucky is also on the schedule this month. … Elsewhere in the WCC, BYU is making some changes in preparation for being in the Big 12 next season. 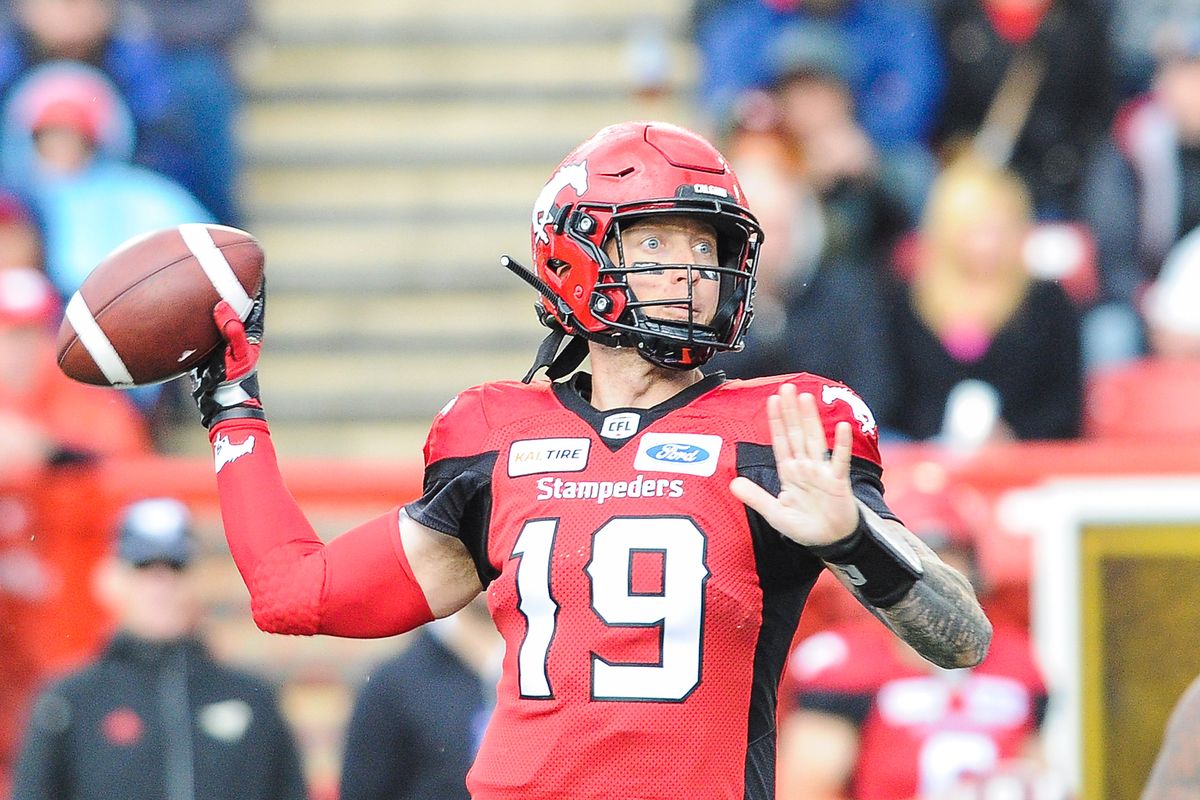 EWU: There are enough Eagles in the CFL that meeting in a playoff game seems a little old hat. But as Dave Cook tells us, there is a little bit of a difference this week. … Elsewhere in the Big Sky, Montana hasn’t found the endzone enough lately. … Northern Colorado faces Portland State this week after a bye. … Weber State remained in the same spot in the rankings. … UC Davis rolled last week which meant players were rewarded. … In basketball news, Northern Colorado had to rebuild the roster. 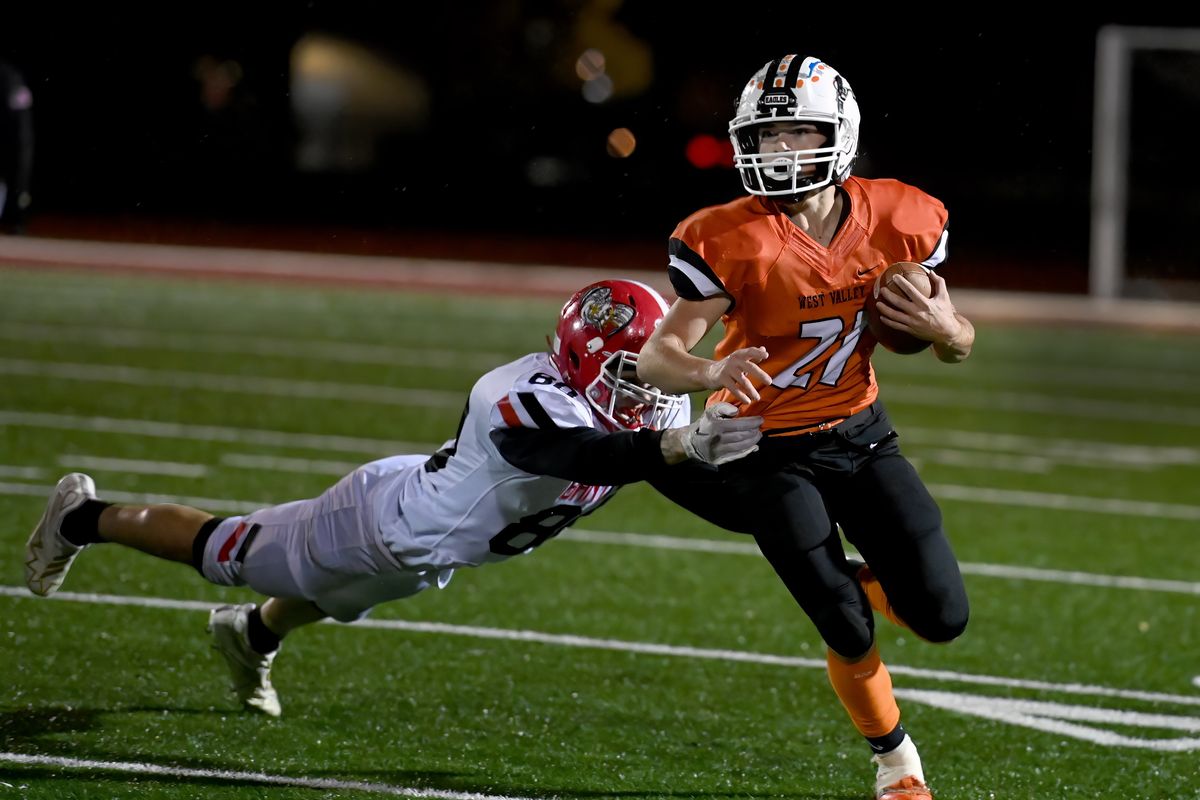 Preps: Football on a Tuesday? Yes sir. Dave Nichols was at University High last night as the GSL decided its three postseason berths. West Valley emerged on top of the Kansas tiebreaker.

Seahawks: Have the Hawks already set too-high expectations? What if they don’t win the NFC West? … Seattle didn’t make a trade deadline deal. Why not?

Mariners: It looked as if the Phillies knew what pitches were coming last night. Ironic, huh? But they blasted Lance McCullers Jr., hitting five home runs in a 7-0 victory. The World Series continues tonight.

• We are realistic enough to understand our thoughts above aren’t going to change anything. The status quo is too ingrained for major change. As much as we wish it, we accept our impotence in this arena. We are forced to deal with what is, not what we wish would be. Remember that in the not-so-distant future when we are analyzing the Pac-12’s latest media deal and all its financial ramifications. Especially how it relates to the school down the road. Until later …