A GRIP ON SPORTS • We have some thoughts to begin the work week. As always.

• We start with football. College football to be exact. And revel in it.

You know how the folks in the SEC claim that football means more for their conference? They’re right. It’s almost professional in its approach. Which translates into national championships and huge media contracts.

But something is lost as well. Uncertainty. Incredible uncertainty.

Mississippi State was receiving votes in the top 25 heading into Saturday. Mike Leach’s team is having a heck of a season. But did anyone really believe the Bulldogs had a shot of upsetting No. 1 Georgia, even with the game in Starkville?

Georgia’s Bulldogs are on another level. Just ask Oregon. The defending champions are, dare we say it, professional in everything they do. That’s not a criticism. It’s a fact.

There are just a handful of teams that can challenge Kirby Smart’s team. Maybe Ohio State. Maybe Tennessee at home or on a neutral field. That’s probably it. Which sort of takes the fun out of it. At the least, it takes the amateur out of it.

And the latter is the type of college football that is played in most parts of the country. Still.

The Pac-12 is basically the poster boys for such things. Ever since Pete Carroll took his talents to Seattle, the conference has featured, at best, good college football teams. Not great ones. Not SEC-like teams. Just good ones.

And that’s not enough to overcome every obstacle every week. 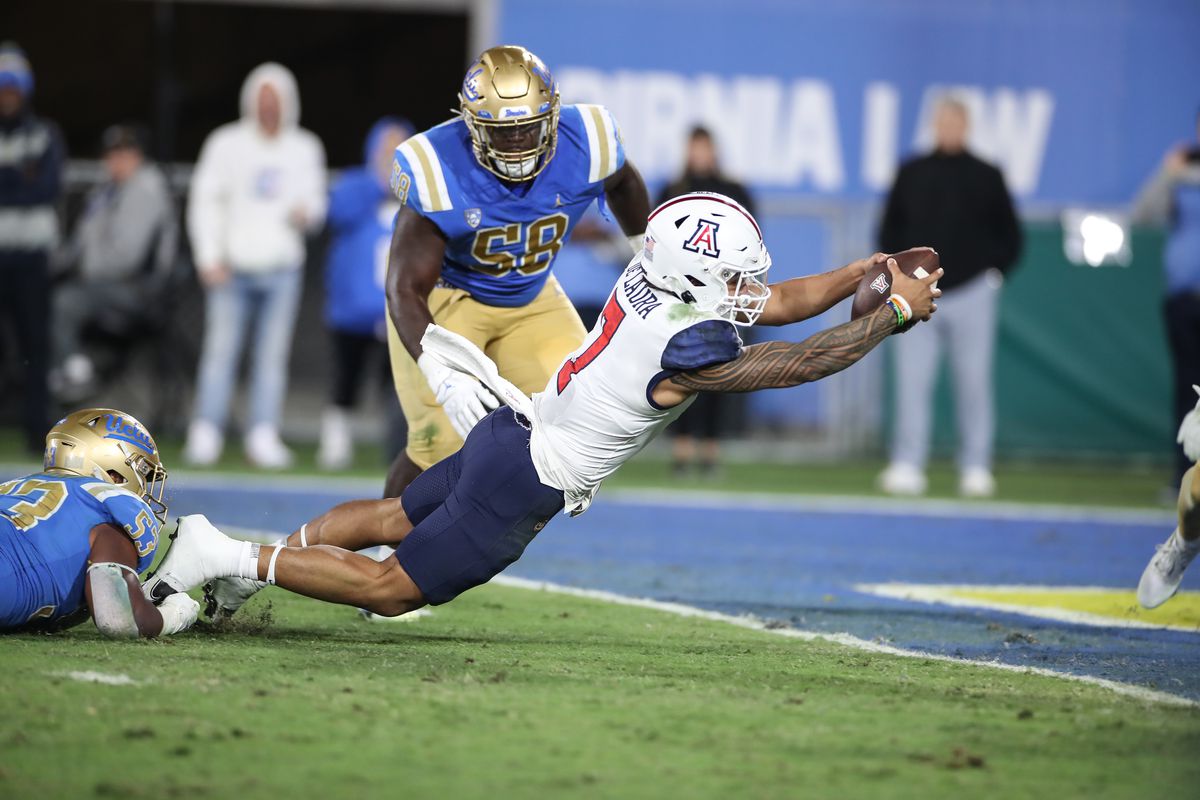 Oregon proved it Saturday night. To an even greater extent, so did UCLA.

The Bruins lost at home to Arizona. Let that sink in a bit. The Wildcats won one game in 2021. They had won three in 2022 but they came over San Diego State, North Dakota State and Colorado. They had lost at home to Mississippi State 39-17. On the road at California 49-31. Four consecutive games coming in, having given up at least 45 in all of them.

It’s hard to fathom. But it is what college football has been for decades. The occasional top-dog (UCLA came in 9-1 and ranked ninth) upset by an also-ran. That stunning upset seems to have disappeared in some places where, you know, it just matters more. But not in the Pac-12. No, around these parts we still get to laugh a bit, cry a lot and shake our head often when looking at conference results.

And that’s a good thing. Unless you are trying to balance an athletic department’s budget and the thousands a CFP berth would have provided disappear.

• The Seahawks played a throw-back game in Munich on Sunday morning. A throwback, as Dave Boling points out, to early in the season. And yet, despite their miscues and lack of aggression, they still would have won if two plays had turned out differently.

The first was Geno Smith’s ill-timed fumble deep in Tampa Bay territory when they trailed 13-3. Hold on to the ball and a field goal cuts the lead to one score with more than a quarter to play. Instead, the Bucs drove the length of the field and made it 21-3 on a Tom Brady-to-Chris Godwin 4-yard pass.

Funny thing about that play, the second key one. Mike Evans blocked two Seahawk defenders from getting to Godwin and was rightfully cited for offensive pass interference. There was a flag thrown and everything.

But referee John Hussey conferred with his crew and after a discussion decided nope, never mind. It’s OK to shield your teammate if means Tom Brady gets another touchdown pass. Or something like that. No offensive pass interference. Our bad. Ignore that yellow flag.

Anyhow, instead of pushing Tampa Bay back, the Hawks trailed by 18. Two fourth-quarter touchdowns later, they lost by five. 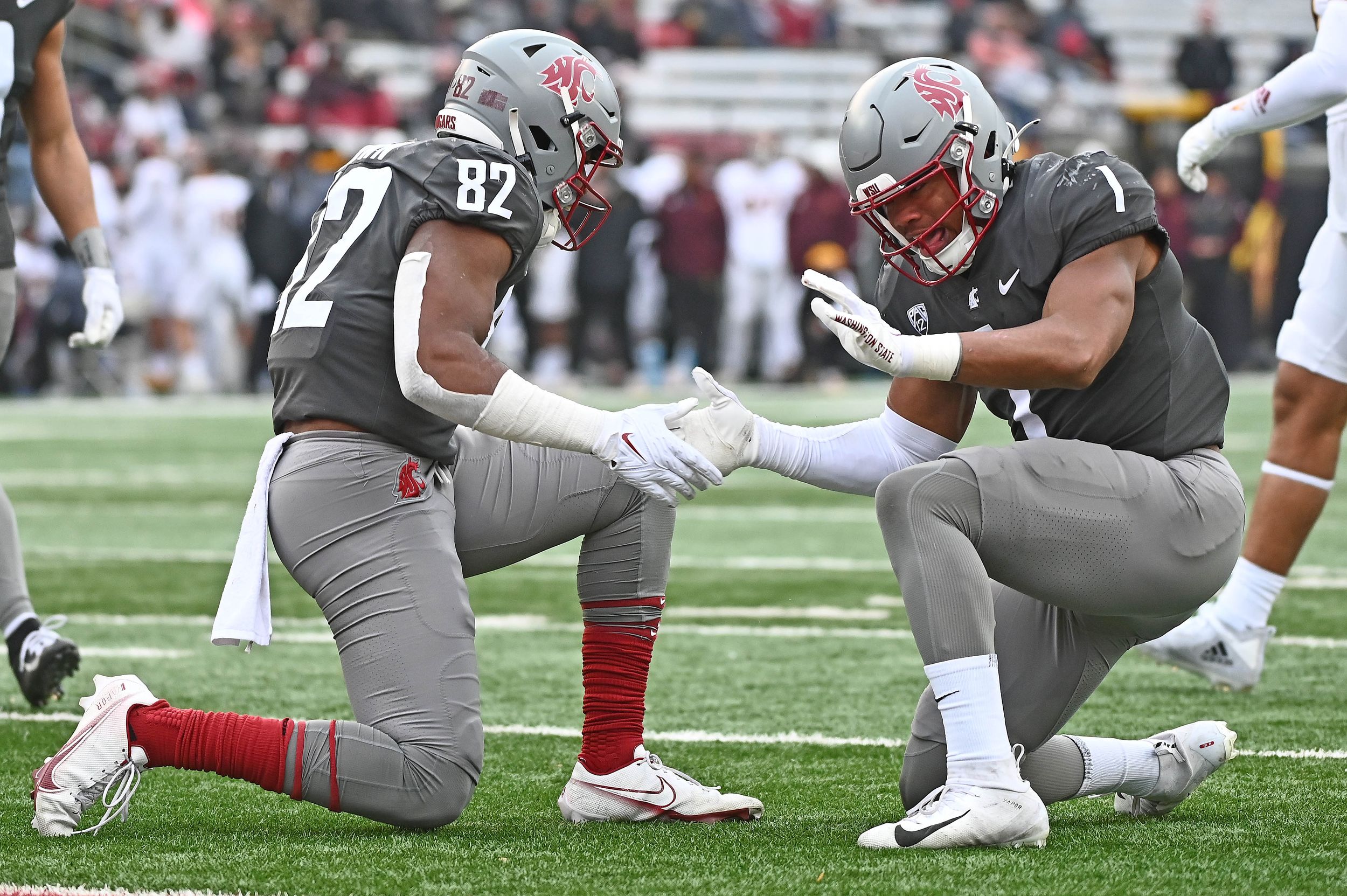 WSU: What a great first half. What a poor second half. It sounds almost Dickens-like, doesn’t it? Colton Clark looks back at the Arizona State win one more time. … Elsewhere in the Pac-12 and college football, Jon Wilner looks back as well in the Mercury News and also shares his votes in this week’s top-25 rankings. … After a historic win in Eugene, what will Washington do for an encore? The Huskies are back in the top-25 (at 15) and play Colorado this week. Then comes the Apple Cup. If not for a loss at Arizona State, they might be in the playoff picture. … California has been struggling. So Justin Wilcox made changes on his offensive staff, firing two assistants. … How does 12th-ranked Oregon bounce back? The Ducks have to do it quickly. Utah is in Eugene next and the 10th-ranked Utes are finally playing like they expected to all along. … Oregon State returned to the rankings at 25 after throttling Cal. … There is only one team still alive in the CFP race. That’s seventh-ranked USC and its porous defense. … UCLA knows it blew a historic opportunity heading into this week’s rivalry game with the Trojans. … Arizona is still fighting for a bowl game. … In basketball news, Colorado shut down Tennessee’s offense and upset the 11th-ranked Volunteers. … UCLA has Norfolk State coming up. … Arizona State lost to Texas Southern in overtime. … A youngster is showing Arizona fans he belongs. 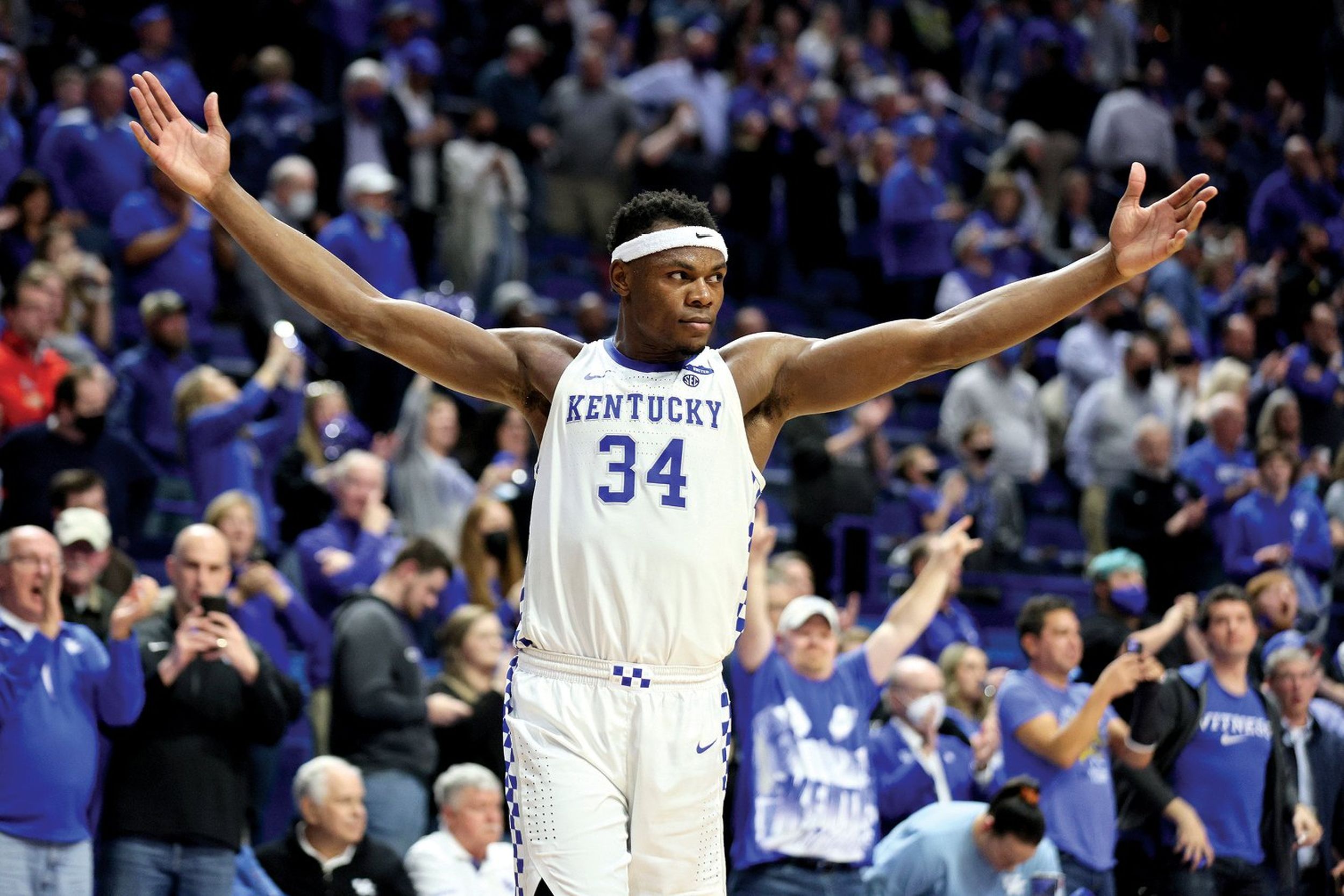 Gonzaga: Think GU’s nonconference schedule is dotted with a bunch of heavy-weight teams? You would be right. But the most interesting part of the next few weeks may just be the great players the Zags will face. Jim Meehan delves into the talented opponents. … After the first weekend of college hoops, Gonzaga remains either one or two in major power rankings. … Mark Few is No. 2 in CBS’ coaching rankings as well.

EWU: The Eagles lost to Hawaii on the road 71-51. … Elsewhere in the Big Sky, GameDay is coming to Montana. But in the ultimate irony, it’s not headed to Missoula, where Griz fans have long campaigned for its arrival. Instead, it’s headed to Bozeman for Saturday’s Brawl of the Wild. Isn’t that a gut punch for Montana? … The Bobcats are ready for it and the Griz. … In basketball news, Weber State has Colorado State next. … Montana State handled Long Beach State.

Preps: With it being playoff time, Dave Nichols has to wait a day for his Friday Night (High)Lights column.

Seahawks: We linked Dave Boling’s column above and we do it again here. … The 21-16 defeat means the Hawks enter their bye week with some questions to answer. But with the memory of a special time in a special place. How cute. … There are always grades.

Kraken: A late – as in the final seconds – goal tied it and Winnipeg won in overtime to ruin Seattle’s Sunday further.

• We start a new gig this afternoon. It will be fun. Rewarding, though not in a financial way. High school basketball starts in Washington and we are ready. Sort of. Until later …