A GRIP ON SPORTS • Here it is, Apple Cup Week, and we can’t just spend all our time talking about a matchup of two of the Pac-12’s better teams. For that, we know who to blame. 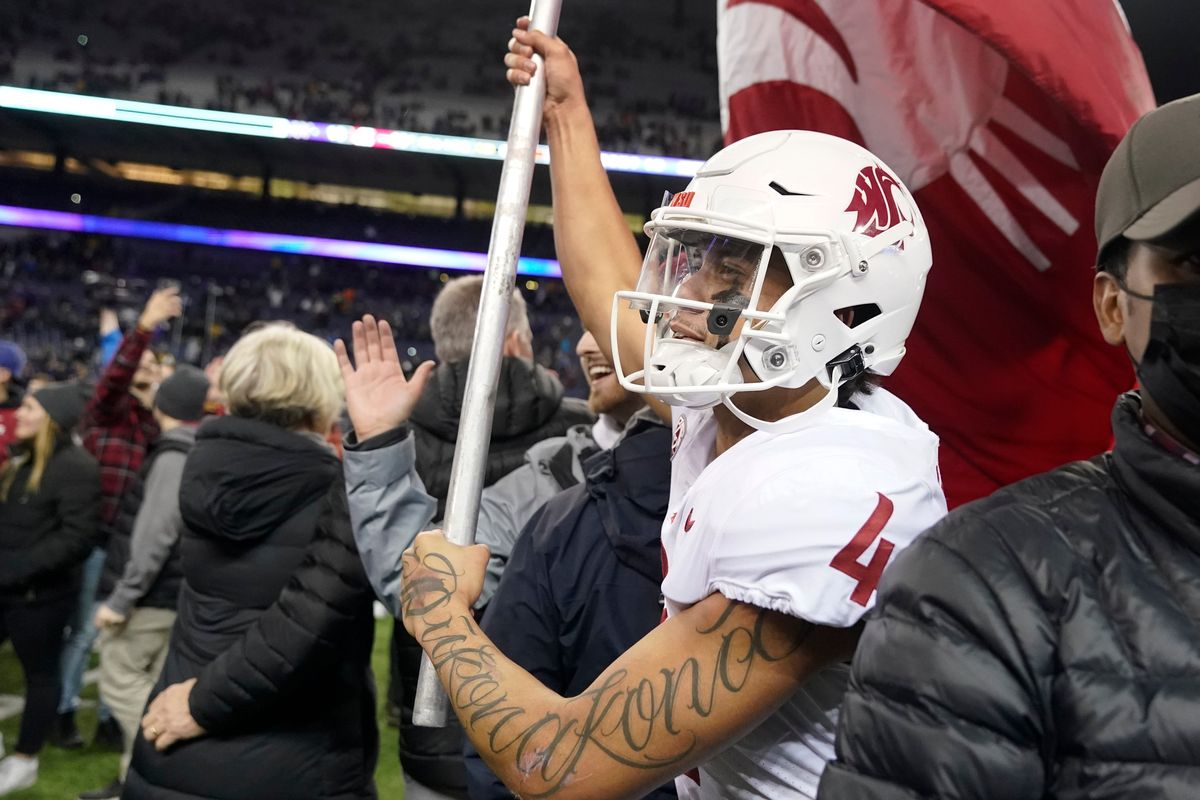 • Part of it belongs to ESPN, the Worldwide Leader of Ruining Weekends. It’s not a problem the network wanted the Cougars and Huskies in primetime Saturday – at least on the West Coast. It’s that the network waited until Sunday morning to let fans of Washington’s Power Five schools know the game would kick at 7:30 p.m.

But 7:30? C’mon, man. That makes the ride north in late November as dangerous as it gets.

A little more notice, even a week more, would be appreciated by the rivals’ followers.

• No worries about getting home at a decent hour from Gonzaga’s big win over Kentucky in the Arena last night, even if the game did start a bit late – hey, ESPN, thanks for that too – and the parking lot was, well, a parking lot until well after the game’s finish.

That’s what 12,333 fans in the Spokane Memorial Arena will do. Another thing that record number impacts? The sort-of-visiting team. OK, so Kentucky was truly a visitor to our fair city. But Gonzaga wasn’t a home team, at least not in the NCAA sense. 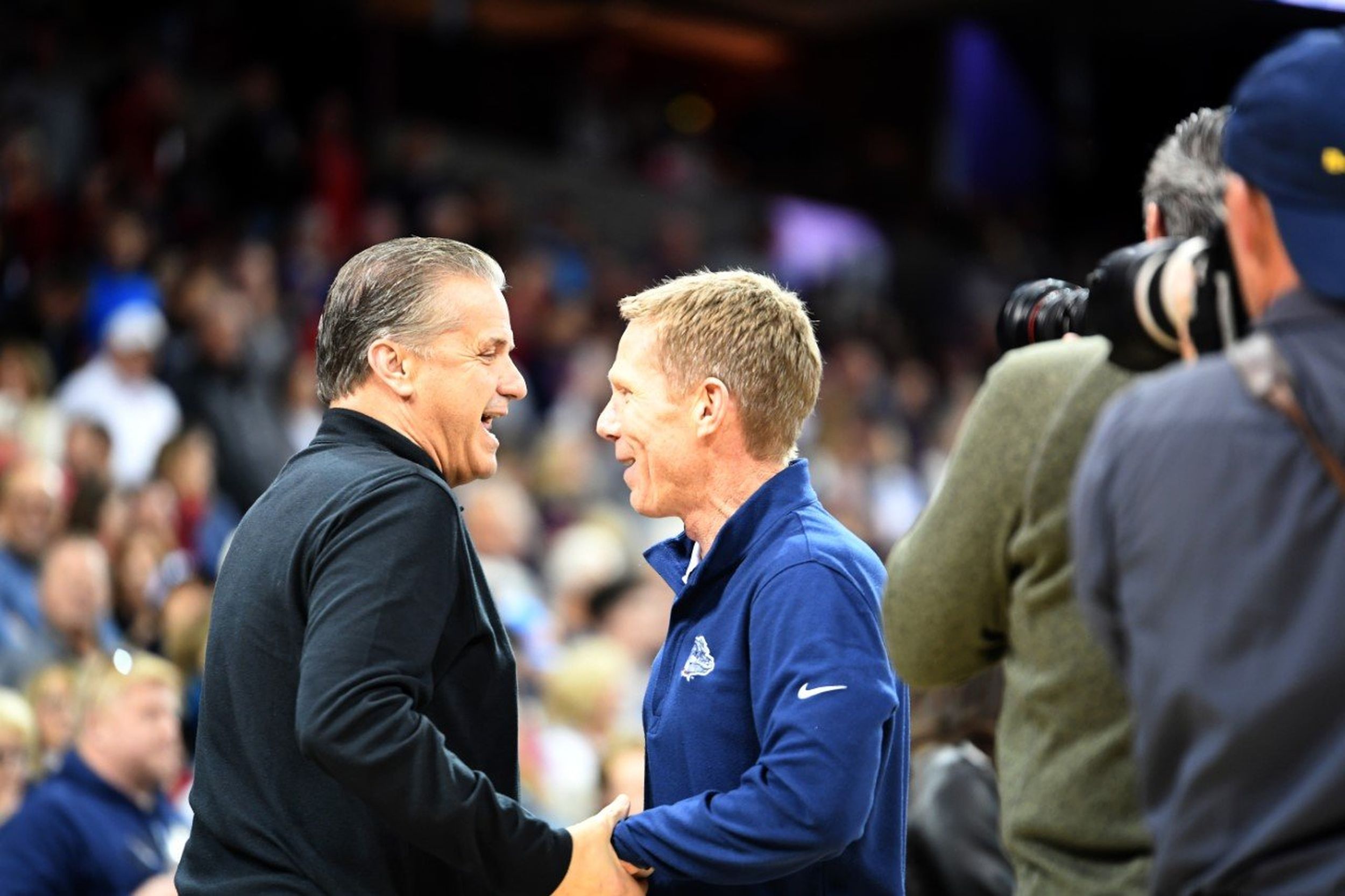 That was just another in a series of miscues John Calipari made on Sunday, though the mistake of not playing in the Kennel, where only half the number of fans would have been in attendance, was made long ago.

The NCAA values wins and losses differently when it comes time to seed its playoffs in March. A road win means more than a home one – or one on a neutral court like the Arena. Heck, the committee even has a ranking system.

Conversely, losses have to be valued differently too. If Calipari has acceded to playing in McCarthey, Sunday’s 16-point loss would have been weighted differently in four months. As would a win.

Then again, Kentucky’s long-time coach has been on a wrong-way roll recently.

The Wildcats haven’t played well to start this season, one that began with high expectations. It’s a team Calipari has built with a different formula, one featuring transfers, not one-and-done freshmen. So far, he doesn’t seem to have cracked the formula.

Maybe that’s why in Sunday’s game, he wandered all the way down the sideline at one point, crossing halfcourt and seemingly startling his buddy, Mark Few, with his presence. The obvious violation of the coaching-box rule was ignored, of course, by everyone connected to the game. How would it have looked if the first game of a six-year series had begun with Calipari getting a technical while his team was trying to rally?

No worse than the outcome, we guess.

• The Arena hosts another college basketball game tonight. We will go out on a limb and predict it won’t be as crowded. And we can guarantee it won’t draw the ratings. SWX just doesn’t have ESPN’s reach.

Eastern will host Washington State at 6 p.m. tonight, hoping to defeat the Cougars for the second consecutive season. And to draw more than the 2,720 that attend the Pullman game a year ago.

That both teams are looking for only their second win of the season – WSU has lost twice, EWU three times – is also part of tonight’s narrative. It’s time for both to start turning around the slow starts. 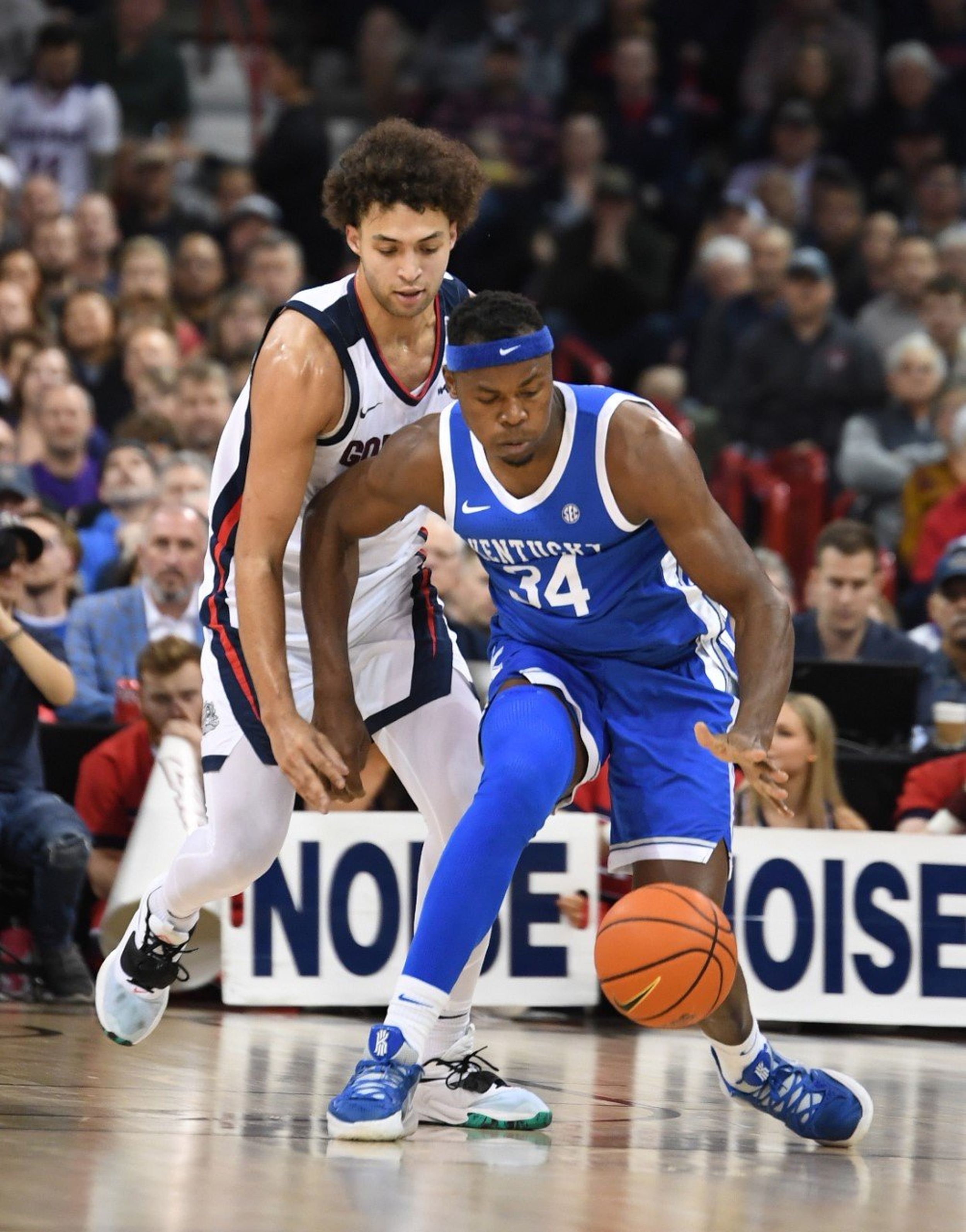 • It was a great weekend defensively for former Gonzaga Prep athletes.

Saturday, Sam Lockett III had two interceptions and Armani Marsh had another in the Cougars football win at Arizona. And Sunday, former Bullpup Anton Watson had a masterful defensive effort against the nation’s reigning player of the year, Oscar Tshiebwe, in the win over Kentucky.

Add in Watson’s raise-the-roof dunk and the Pups had a loud weekend – though we won’t mention how this year’s football team did Friday. 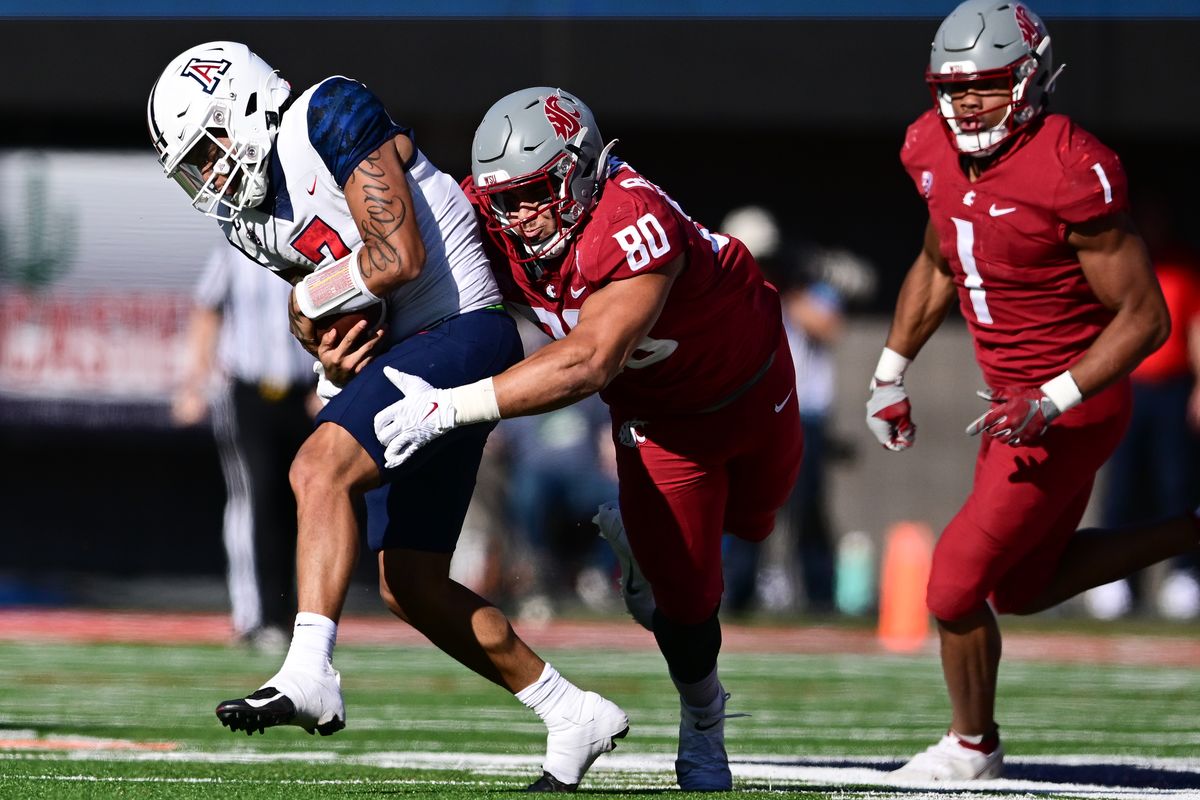 WSU: The Cougars will take a 7-4 mark into the Apple Cup, the seventh win coming at the expense of Arizona in Tucson last Saturday. Colton Clark takes one more look at that win. Next up is the 9-2 Huskies, who, like UA, have a high-powered passing offense. … Washington comes to Pullman still harboring hopes of a Pac-12 title game berth. … Elsewhere in the Pac-12 and college football, Jon Wilner looks back the weekend one last time. … It’s rivalry week in Oregon as well, with the Beavers ready to host the Ducks. Oregon State is on a roll. … Utah is heavily favored to top Colorado in another rivalry game. The Utes still can make the title game. … California will have to upset UCLA if the Huskies are going to make the Pac-12 title game. … USC has to defeat intersectional rival Notre Dame to have any shot at the CFP. … Arizona State made a lot of mistakes in its latest loss. … So did Arizona in its loss to WSU. … In basketball news, second-ranked Stanford led No. 1 South Carolina by 10 in the fourth quarter then melted down the stretch and lost in overtime. … Third-ranked Houston came into Eugene and defeated the Ducks, who suffered another injury, 66-56. … Oregon State’s weaknesses were exposed over the weekend. … So were UCLA’s. The Bruins’ defense didn’t hold up again Sunday in a loss to Baylor. … Boise State handled up-and-down Colorado. … Arizona is in Hawaii and will face Cincinnati first. 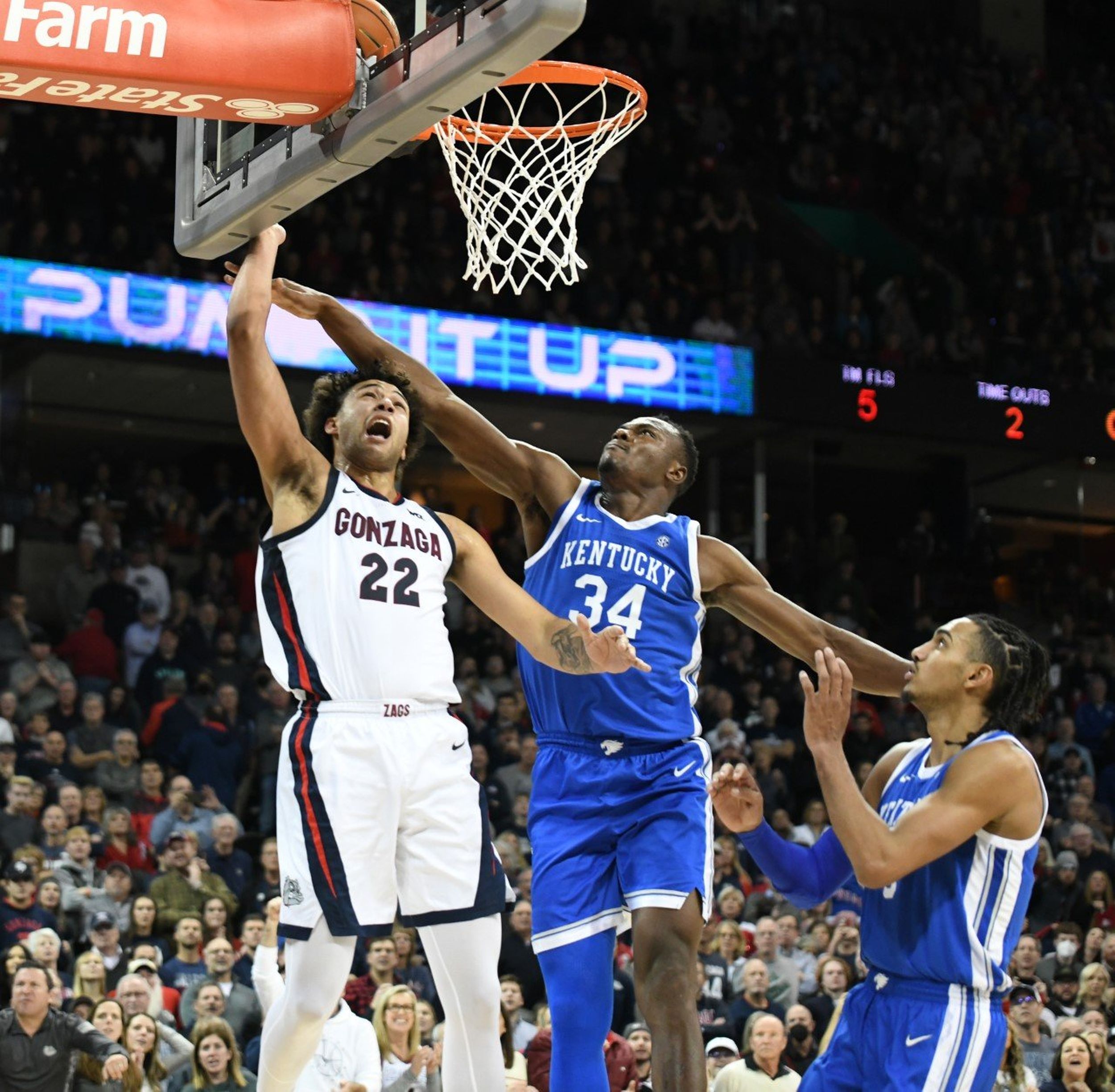 Gonzaga: Theo Lawson took the lead role in the S-R’s coverage of the win over Kentucky, writing the game story. … Dave Boling’s column touched on the importance of the win and the venue, giving it some historical perspective. … Jim Meehan wrote about Watson’s effort on both ends and how it helped the Bulldogs. … Justin Reed has a story on two Zag players who battled through injuries to play. … Quinn Welsch wandered among the crowd for this story. … Jesse Tinsley made sure we visualized the game with this photo gallery. … And the folks in the office put together a recap with highlights. … Playing without point guard Kayleigh Truong, out with an ankle injury, the Zag women faltered down the stretch and lost 70-66 to Marquette in the Bahamas. Jim Allen has this story. … The loss to Texas will probably drop the Zag men out of the top five in all the basketball polls.

EWU: We mentioned tonight’s basketball game at the Arena. Dan Thompson has a preview in today’s paper. … Elsewhere in the Big Sky, somehow Montana earned an FCS playoff spot. … Montana State is the fourth seed. … Sacramento State earned the No. 2 seed but UC Davis was left out completely. … Weber State made the playoffs but was not seeded. … In basketball news, Montana State defeated North Dakota. 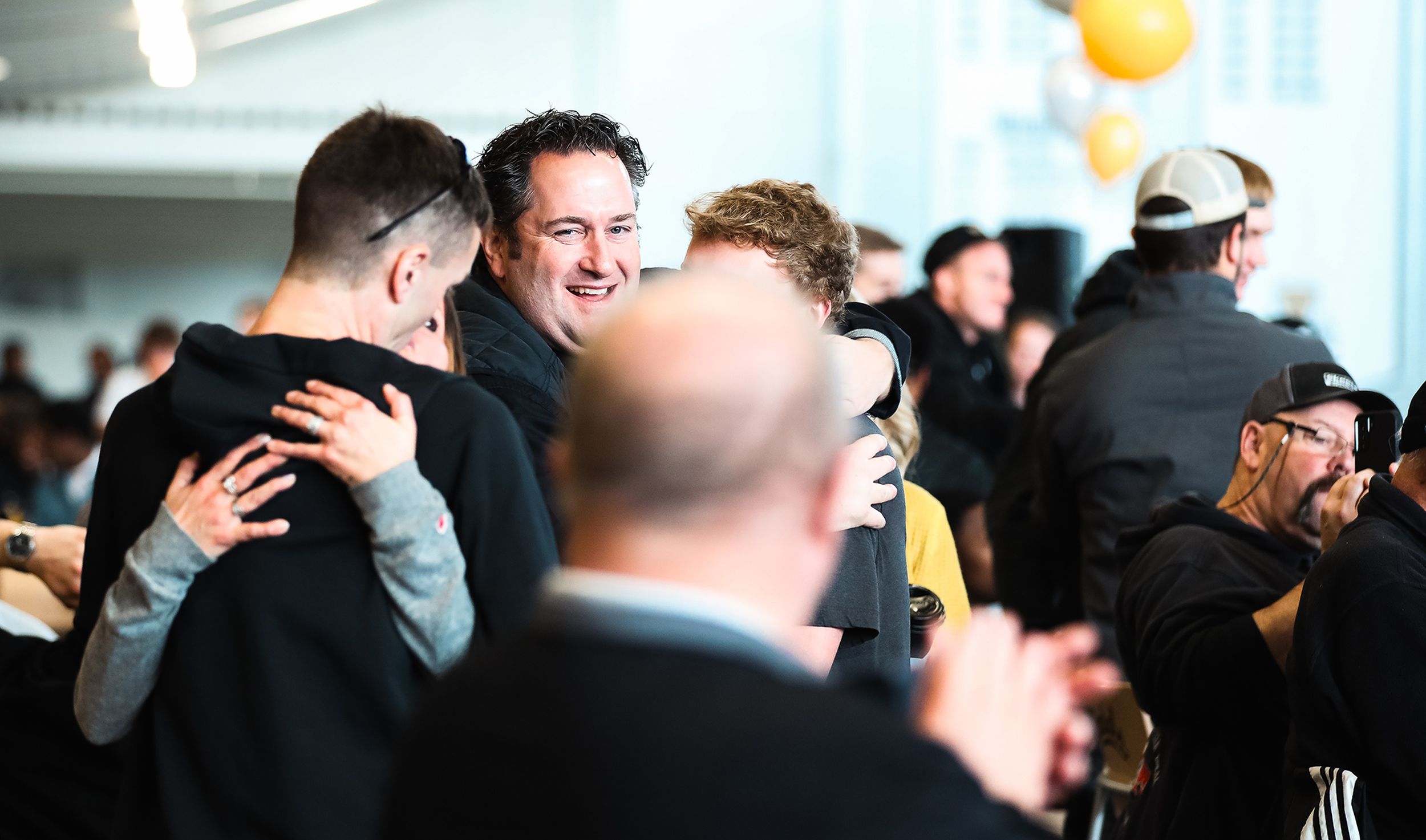 Idaho: Their 7-4 record was good enough. The Vandals are headed to the FCS playoffs for the first time since they became known as the FCS playoffs. The last time UI played for a national title, it was known as 1-AA. Peter Harriman has this coverage of Sunday in Moscow, as Idaho found it would be traveling to Southeastern Louisiana University for a game next Saturday.

Seahawks: Now that their bye is over, the Hawks need to make their playoff push.

World Cup: The United States’ quest to make it out of the group stage of the World Cup begins today. And after England crushed Iran to begin the competition, it seems even more imperative the U.S. finds a way to defeat Wales. A draw may not be enough come the end of the three-match round-robin that determines the two countries that move on.

• We had to rewind the game Sunday to not only see how far Calipari went down the sideline but to view Few’s reaction once more. It was all pretty funny. Until later …