A GRIP ON SPORTS • It’s a tradition, right? Giving thanks on this Thursday. And who are we to mess with tradition?

• It’s hard to figure out where to start. Or finish, though that one just came to us sort of naturally. But you’ll have to read the rest of the blather to get to it.

The world of sports is full of folks who are willing to share what, and who, for which they are thankful. From the win over the archrival to the wonderous gift of love from above, sports stars are more than willing all year to grab the microphone and spread their gratefulness.

But we do have something this week we’re willing to share. We are always thankful for rivalry football games. Except that one time when, as a pre-teen, we got so excited for a UCLA touchdown against USC we jumped up and came down too hard, breaking our parents’ couch.

That one hurt, not just our posterior but our dad’s pocketbook. Besides, as far as we can remember, the Bruins lost the game. And that probably hurt our sister even more so than the bruise on our behind.

Still, college football brings out those sorts of emotions in most of us. Heck, we once covered a rivalry game that featured a winless team against one, the host, that had won once all season. Against an awful FCS team. 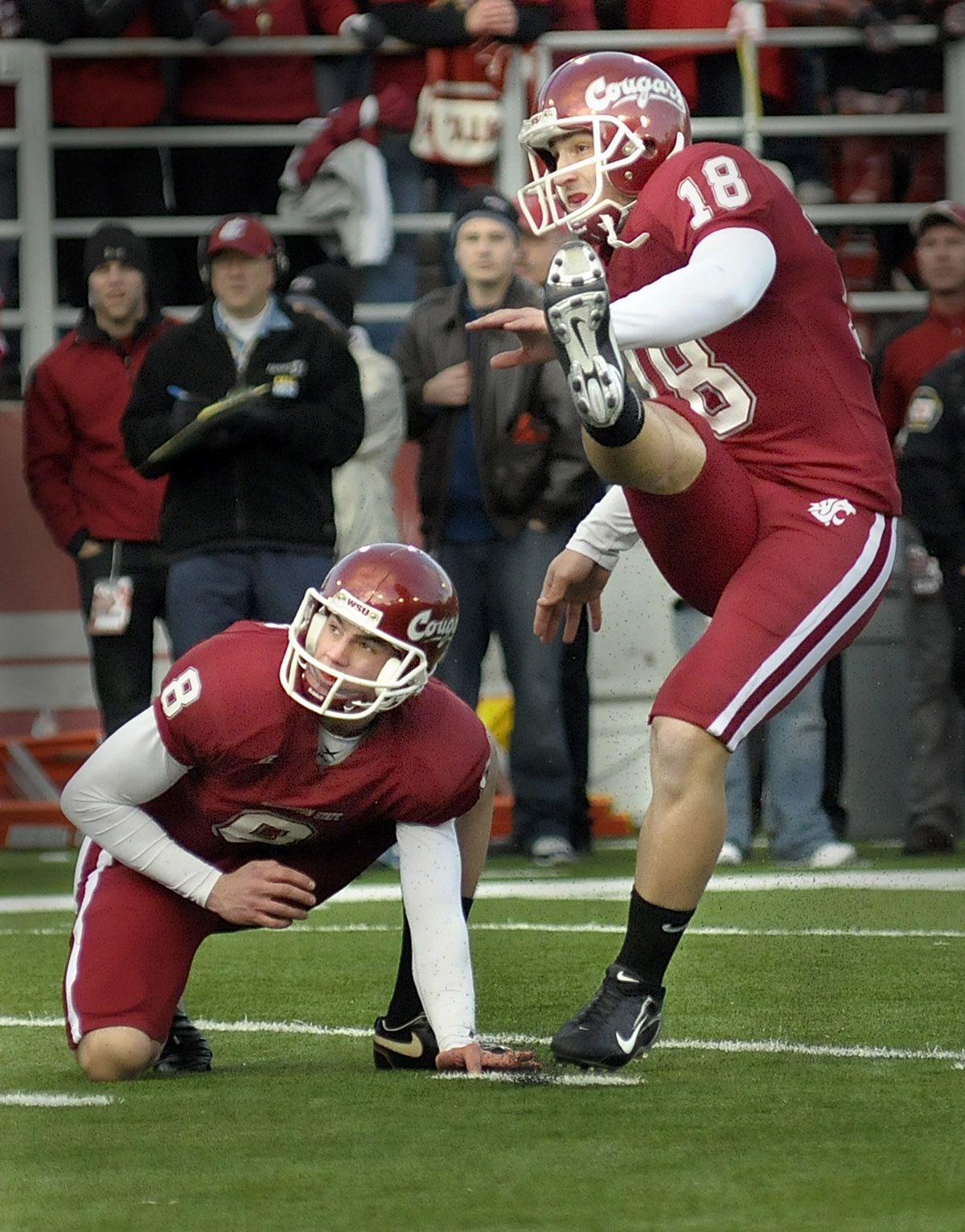 It was called the Crapple Cup or something like that. Two awful rivals playing in Pullman’s freezing weather. Cruddy huh? Except it wasn’t. The Cougars rallied in the fourth quarter and won in double overtime. Kicker Nico Grasu had the game winner, was hoisted onto shoulders and into history.

And normal at the same time. Which makes us thankful.

We are also thankful, this year, we don’t have to listen to talking heads tell us over and over the Mariners have the longest playoff drought in North American professional sports. Hah.

Thank you, Julio Rodriguez. Luis Castillo. Ty France. Scott Servais. Heck, even Jerry Dipoto, who put the streak-busting group together. You made 2022 special. Now go win something even more special in 2023.

We’re also thankful the region’s pro football team was able to turn an awful situation, quarterback Russell Wilson breaking faith with the franchise and wanting to move on, into something positive.

Not just something but everything, as in everything the Broncos had to give up to get a quarterback whose best years are behind him. Maybe way behind him.

And we’re thankful the Seahawks used one of those draft picks on Charles Cross, who has turned out to be the left tackle Russ always wanted. Irony is part of our DNA. 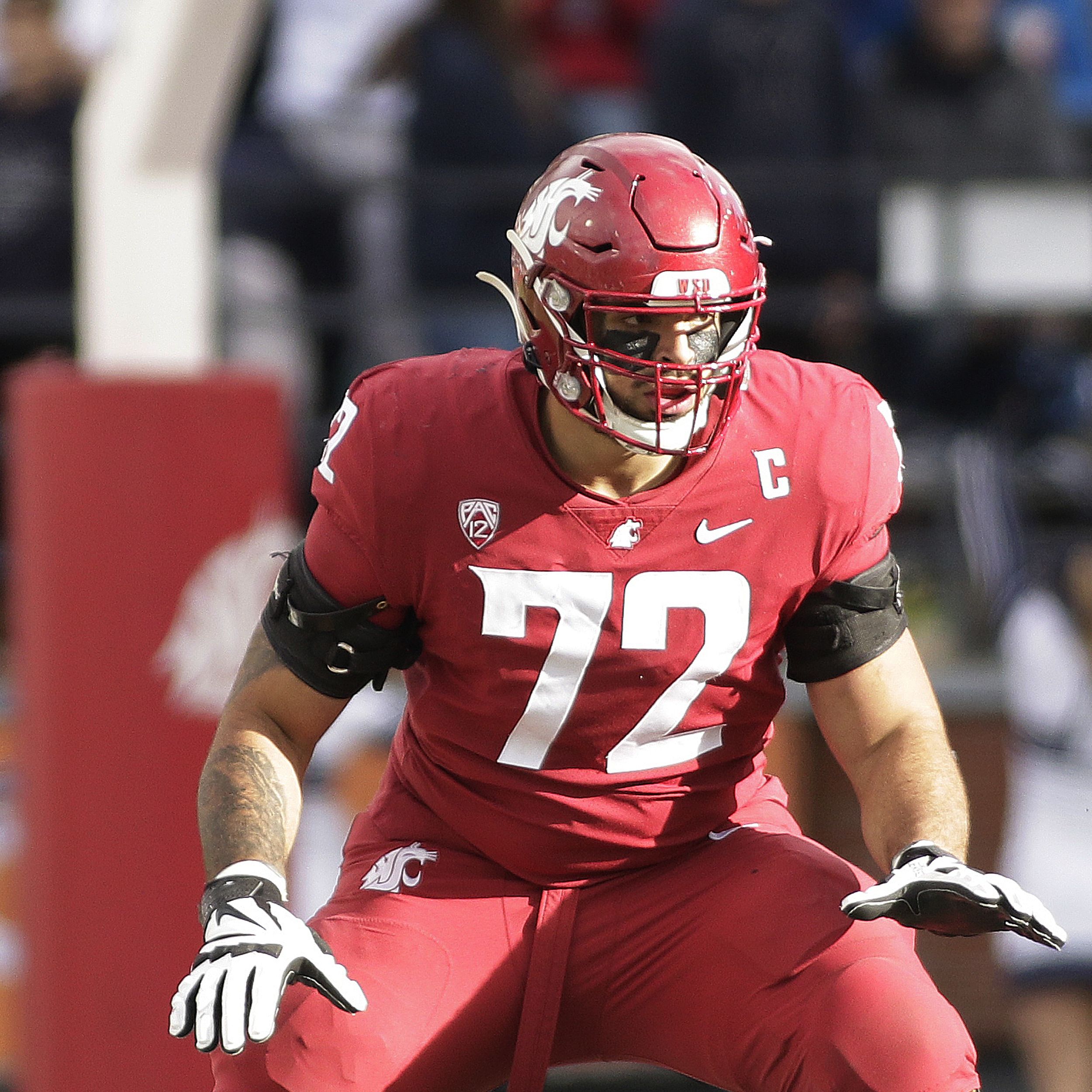 Plus, that allowed them to use one of their picks to draft right tackle Abe Lucas, the Washington State graduate who showed us years ago something we hadn’t seen in a while in Pullman: A sure-fire NFL offensive lineman. We wrote that almost a decade ago after watching Lucas move around the long grass at Lewiston’s Sacajawea Middle School, showing off the foundational skills that would take him, a few years later, to the NFL.

Lucas is also part of a young corps of stars in the Northwest we are thankful we will be able to watch for years to come. The Hawks have a handful. The M’s have Rodriguez and a couple of great pitchers. The Kraken have Matty Beniers. Maybe someday soon the Supersonics will return with one or two players in that category.

Finally, we’re thankful we are able to rise most every morning and put together this column. And thankful there are people out there who read it. It’s not just the money, though receiving cash for doing something you enjoy is incredibly rewarding. It’s also the feeling we get each day, knowing there are people reading what we’ve written and cussing us out.

Maybe it’s the Sicilian blood coursing through our veins but we are always happy to help you start your day mad at something we’ve written.

It makes the rest of the day even better. 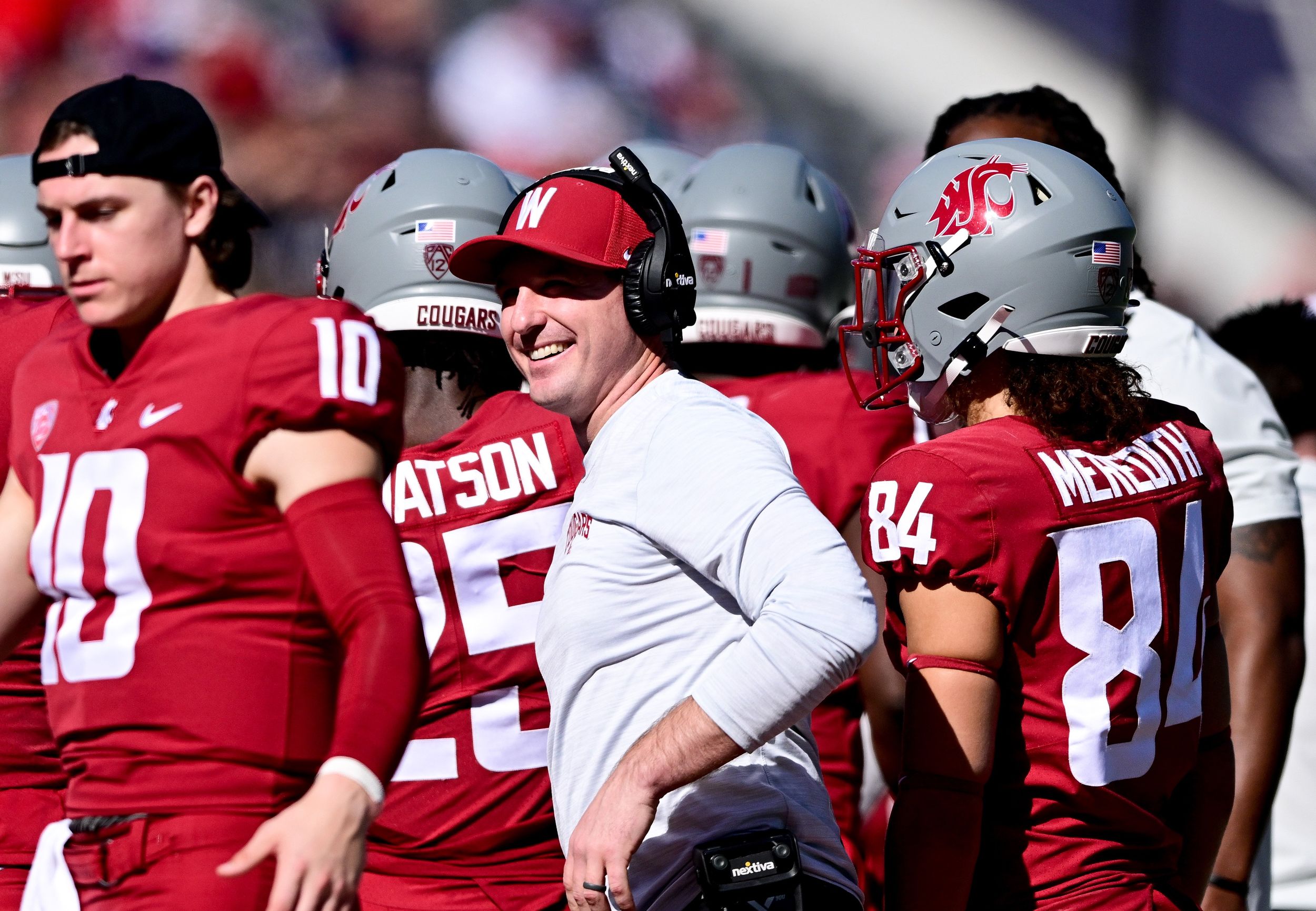 WSU: A rivalry game like the Apple Cup often has magical healing powers. At least it seems that way. Colton Clark’s notebook tells us three Cougars may return in at least some capacity Saturday night. … We linked Larry Stone’s column on Washington coach Kalen DeBoer yesterday but it ran in the S-R today. … Elsewhere in the Pac-12 and college football, Jon Wilner has his weekly picks in the Mercury News. He’s got Washington winning and covering. … He also has his best in the West. … What other rivalry games are there this weekend? There is the one just south, pitting Oregon and Oregon State in Corvallis. Both teams have something to prove. … There is the one for the Territorial Cup between woeful Arizona State and up-and-coming Arizona in Tucson. … There is the sort-of made-up one between Colorado and Utah, who had to have rivals when they entered the conference a decade ago. … And there is the national one, pitting one-loss USC and its CFP hopes against nemesis Notre Dame in the Coliseum. … We have always agreed with Anthony Davis about this. … We guess California hosting UCLA sort of qualifies but that’s just because they are part of the same university system. … In basketball news, Wilner has his men’s power rankings. Jeff Metcalfe has the same for the women. … Arizona showed why it’s the best men’s team in the conference, holding off Creighton to win in Maui. … Oregon and Oregon State are playing in the PK85. … Washington defeated Fresno State. … Colorado will host Yale this weekend. … Utah lost in Florida last night. … USC handled BYU. … UCLA beat up on Pepperdine. 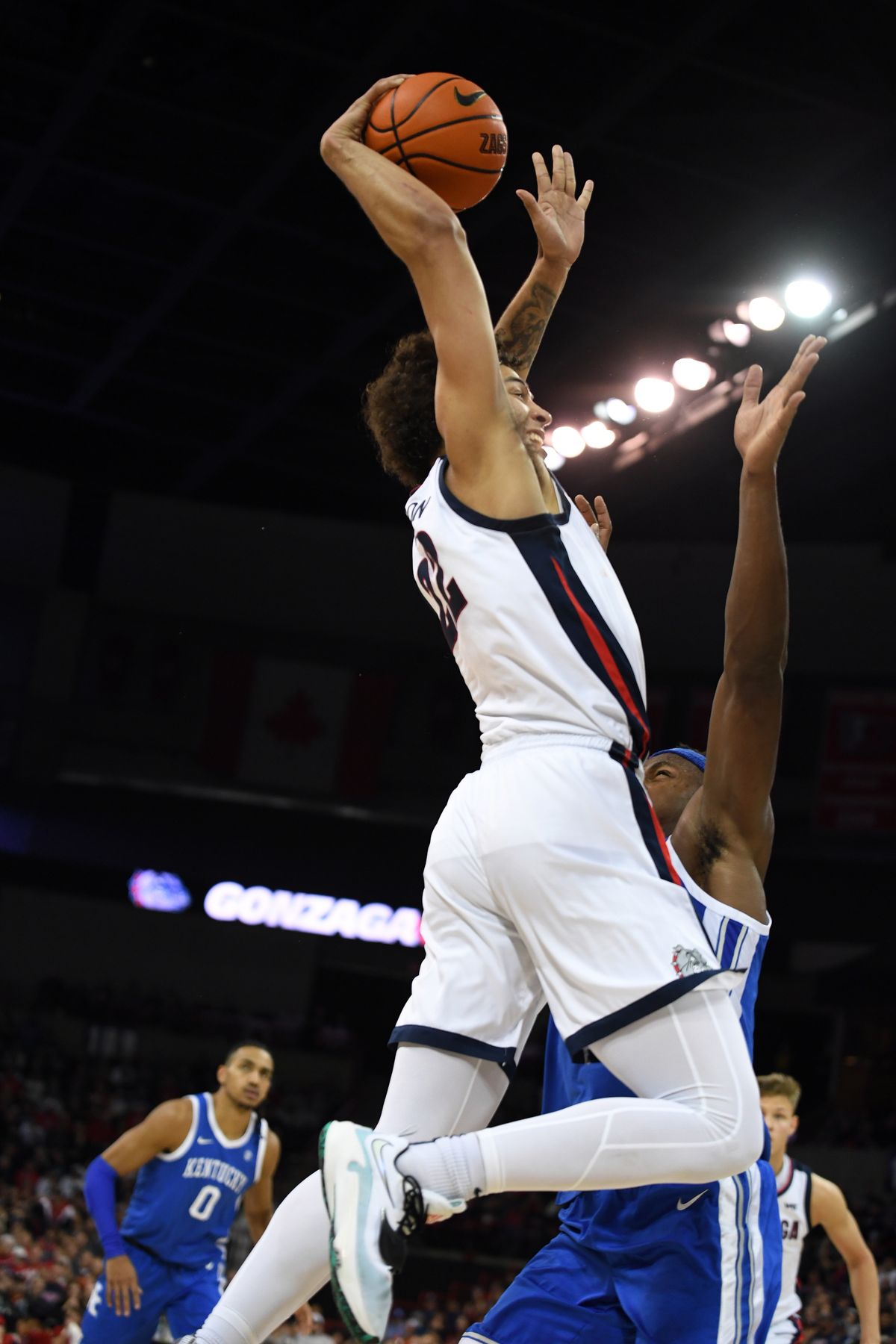 Gonzaga: Could Portland State upset the Zags tonight? Maybe, if GU is looking past the Vikings and ahead to a weekend of marquee matchups. Jim Meehan has a preview of the contest with the 9:30 p.m. (PST) tip as well as the key matchup. … Theo Lawson looks at all seven teams the Zags could play in Portland. … Elsewhere in the WCC, BYU couldn’t handle Boogie Ellis and lost to USC.

EWU and Idaho: Around the Big Sky, the All-Big Sky football teams were announced yesterday and some schools, like UC Davis, Montana and Montana State, were well rewarded. And others, like Northern Colorado, were given spots in over-abundance. … In basketball news, a freshman guard from Spokane is starting for the Idaho State women. … Weber State’s men lost last night in Las Vegas. … Someone had to step up and carry the scoring load for Montana State.

Seahawks: The Hawks’ playoff push has little margin for error. … The Apple Cup seeps into the Seattle locker room this season.

Kraken: A franchise scoring record for Seattle in a homestand-ending win over San Jose? Yes, please.

World Cup: The U.S. meets England early Friday. There are a lot of connections. A draw or win – either would be an upset – would go a long way toward helping the United States move on.

Golf: The centerpiece of this Thanksgiving comes from John Blanchette. He tells us the story of David VonBrethorst, a former pastor turned golf pro. It’s a story with a sadder-than-we-want ending but it’s also one of following your dreams, no matter where they may take you. As long as the right people are along for the journey, it’s worth taking.

• Enjoy your holiday no matter how you may celebrate. We’re spending a bunch of money on dinner. More than we probably should, actually. What the heck. Gas prices are going down. And we are really thankful for that. Until later …