A GRIP ON SPORTS • Tuesdays have become great days to roll around the dial of local sports, even if the term “local” has to be expanded to “regional” in some regards.

• As the football season wore on, there were only a few inexplicable results in the Pac-12. But now the regular season is over, we can look at one. The most egregious one. 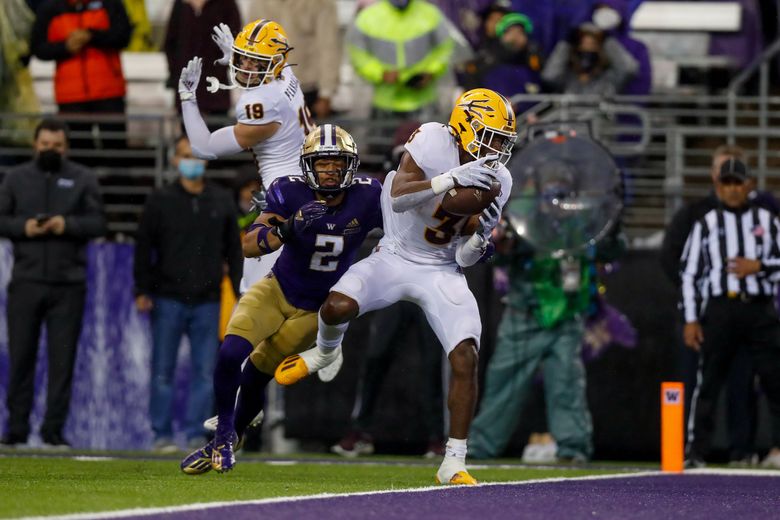 How the heck did Washington lose to Arizona State?

The simple answer is one bad pass. But to really figure out how a team that would finish 10-2, rise to ninth in the latest Associated Press rankings and lead the nation in passing, could lose 45-38 to a school that won just three times all season, firing its coach in the process, one has to look a bit deeper.

It’s hard to argue the game didn’t pivot upon Jordan Clark’s second-quarter 38-yard touchdown return of a tipped Micheal Penix Jr. pass. After all, other than that, the teams played even tennis all night.

But the Huskies’ schedule also played a part in the loss. They opened the season with four home games. Finally left Seattle the week before ASU, playing a Friday night game in the Rose Bowl. Lost. Got beat up a bit by the Bruins. Exposed in the secondary. Headed to the desert licking some wounds.

And ended up playing a different ASU offense than expected.

The Sun Devils were in the midst of the coaching changeover. But Shaun Aguano hadn’t shaken things up that much. Until quarterback Emory Jones, a dual threat guy, was injured in the second quarter. Enter Trenton Bourguet, a better passer. And before the Huskies knew it, Bourguet had thrown it all over the yard and UW was down 24-17 at the half. The defense never really adjusted, the offense couldn’t get it done down the stretch and an upset was born.

At that point we didn’t know how big an upset it was. But the “if” game is strong in this one.

But they didn’t. And the most inexplicable Pac-12 result of the season will remain that way.

No inexplicable losses here. But no upset wins either, unless winning on the road in Wisconsin is in that category. It was by odds, sure, but the Badgers finished 6-6 and fired their coach as well. With the benefit of hindsight, we realize the Cougars were the better team.

• Speaking of better teams, the Inland Northwest’s four Division I women’s basketball teams are all off to excellent starts. 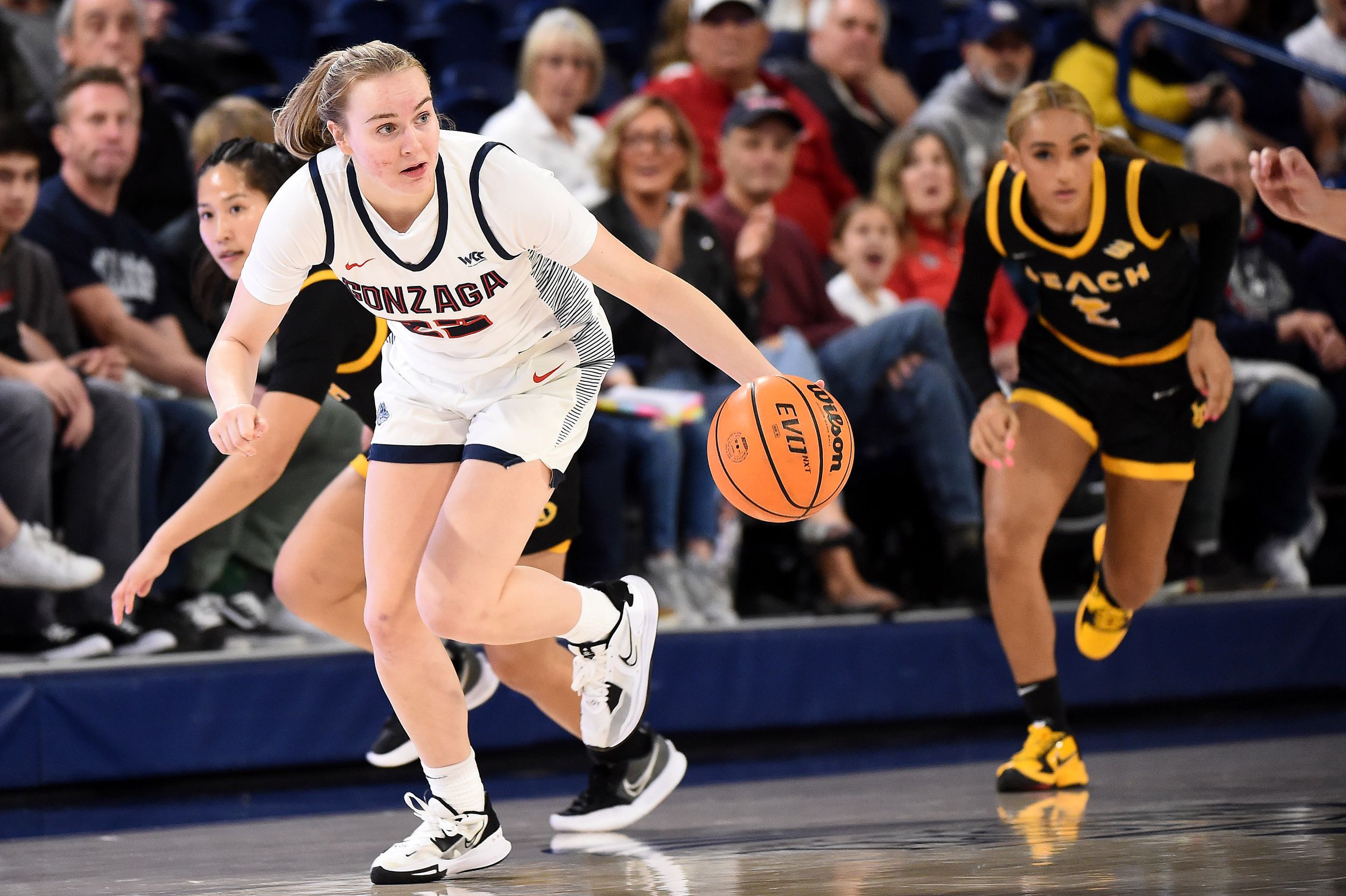 With last night’s win over Maine, Gonzaga raised its record to 6-1 and justified their 23rd-national ranking. Washington State also won last night, defeating visiting South Dakota State 61-41 and raising its record to 5-1. Eastern Washington is presumably battling some illness in its program but the Eagles are off to a 4-1 start. And Idaho, always a tough out in the Big Sky, may be 1-3 but it’s played a tough, road-loaded nonconference schedule. The Vandals first game in Moscow doesn’t happen until Dec. 15.

Not a bad way for the area schools to start the season.

• The Washington high school basketball season begins tonight with a few games. It’s about time. After all, Mother Nature has been in full winter-sports mode for a few weeks.

If it’s not too icy out there, find a game and give it a watch. We have some inside knowledge boys and girls throughout the area have been working hard for the past couple weeks to get ready. 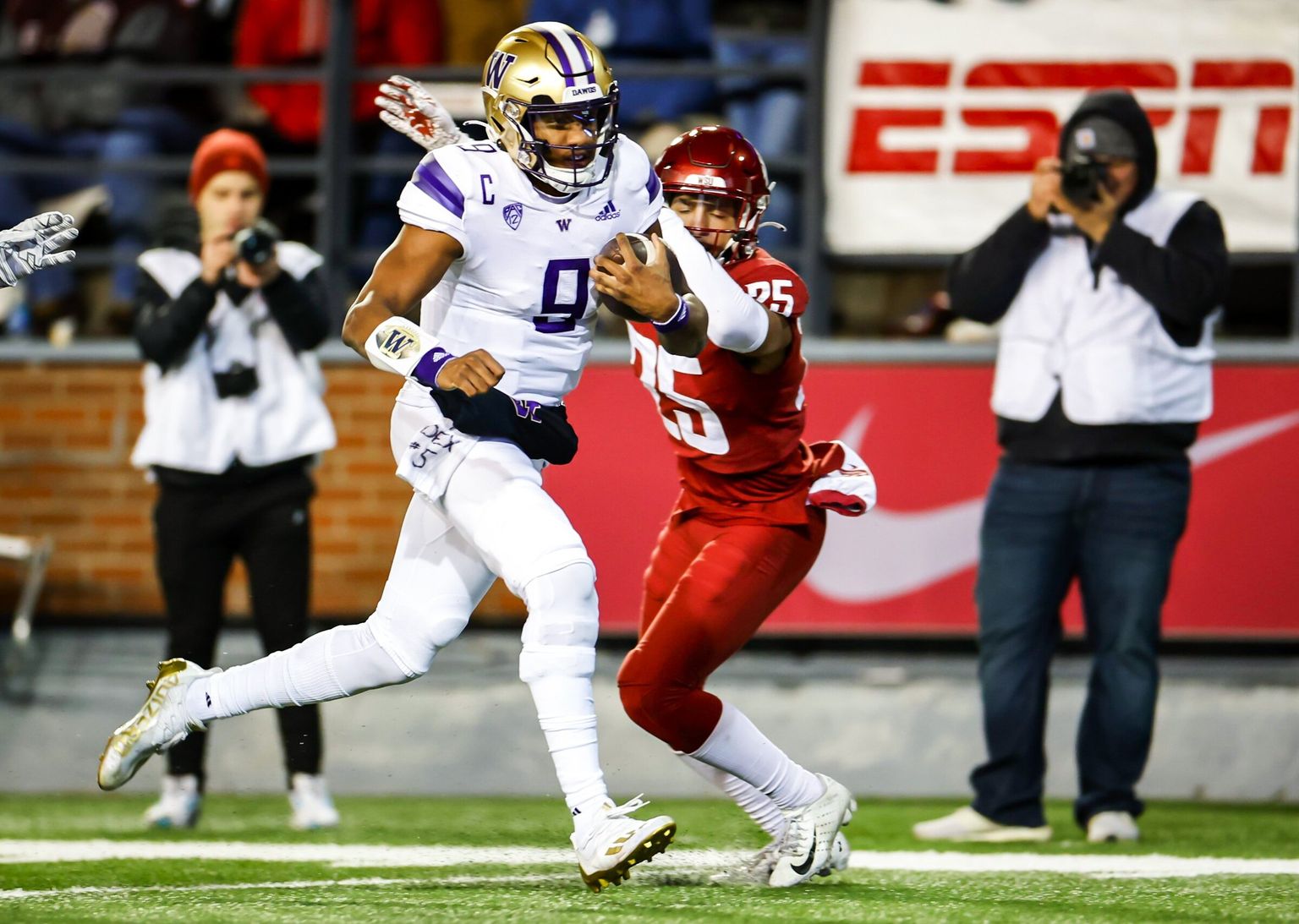 WSU: We’ve mentioned this before but the volleyball team is headed to the NCAA playoffs starting Thursday. … Elsewhere in the Pac-12 and college football, Jon Wilner has his weekly power rankings in the Mercury News. … Stanford is adamant it will adjust to the changing landscape of college football. We’ll see. But its next hire, whoever it is, might be a hint of what’s ahead. … David Shaw seemed to have been living in the past. … Did Arizona State make the right hire? The Sun Devils went young with Kenny Dillingham as NCAA sanctions loom. … Penix made it clear he’s playing in Washington’s bowl game but is still mulling the NFL. … Oregon State extended defensive coordinator Trent Bray’s contract. … An Oregon receiver has entered the transfer portal. … The Ducks were taught some lessons by OSU. … Deion Sanders says Colorado has offered its coaching position. … Did Utah back into the title game? If the Utes did, they are at least comfortable with the challenge. … USC has a chance to redeem its one loss. … Arizona had a remarkable comeback season but must keep the momentum going. … In basketball news, Oregon State has to avoid slow starts. … Washington is 5-1 after rallying past Seattle U. at home last night. … Colorado’s schedule has been challenging. … It was a good day for Arizona. 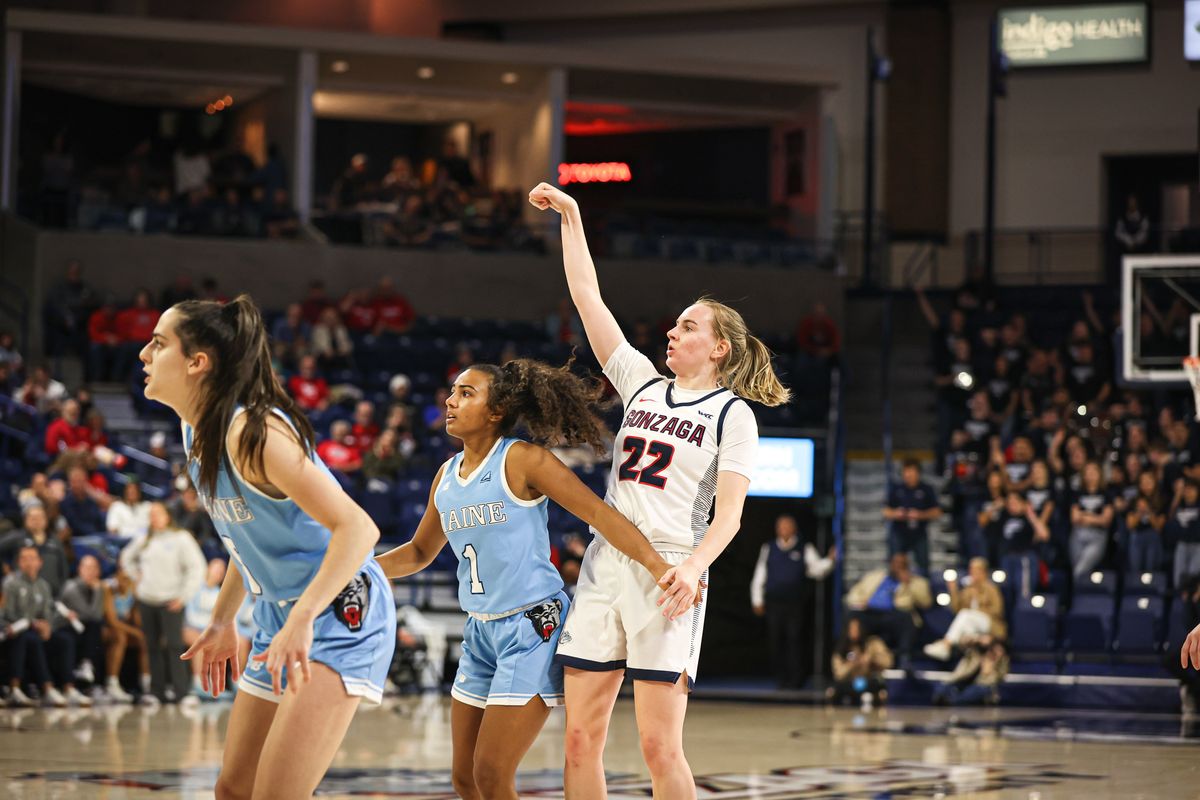 Gonzaga: As we mentioned above, the women won at home last night. We were celebrating a family birthday and missed the game. But Jim Allen didn’t. He has this game story and another on the Zags being ranked. … Speaking of rankings, the men tumbled to 14th after their loss to Purdue. Funny, though, their two losses are to the No. 5 (the Boilermakers) and the No. 2 (Texas) teams. They play No. 6 Baylor on Friday night. Jim Meehan has that story. … Jim also has a look at the Xavier win that closed out GU’s stay in Portland.

EWU and Idaho: Around the Big Sky Conference, Idaho State is looking for a football coach again as Charlie Ragle is headed back to Arizona State as an assistant. Xavier Guillory also entered the transfer portal. … Montana State has reinforcements for its rematch with Weber State. … In basketball news, Montana is dealing with illness and injury. The Griz are renaming their basketball floor.

Track and field: Brad Walker has won many awards over the years for his pole vaulting. Now he’s won the best coaching award the U.S. has to offer. That news leads off the S-R’s local briefs column. 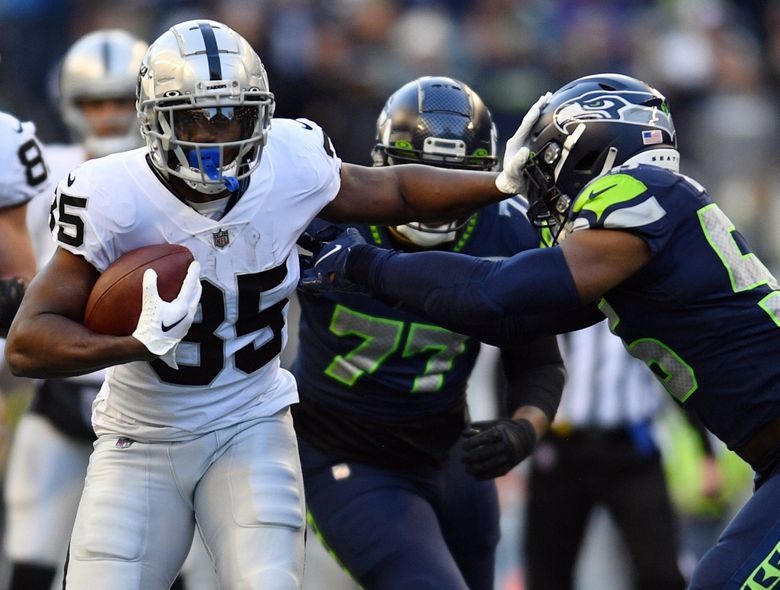 Seahawks: The loss to the Raiders may have revealed something about this Hawk team. … Tariq Woolen wasn’t tested by Las Vegas. The Raiders avoided him. He’s that good. … The Hawks have some concerns. … If you have questions about the defeat, the answer is simple: The Seahawks were outplayed at the line of scrimmage. … In the good news department, Ryan Neal wasn’t injured that badly.

Mariners: The M’s signed a reliever yesterday and made some front-office changes.

Kraken: Shane Wright is playing well in his AHL stint.

World Cup: The U.S. plays for its 2022 tournament future today. Win over Iran and the national team moves on. … As per usual, this World Cup in more than just soccer. There is a lot of politics involved. The U.S. is in the middle of it.

• How is everyone feeling this morning? It’s amazing how many folks we know who are sick. It is up around 50 percent of the people we interact with who have some issue. We blame all the snow. Until later …