A GRIP ON SPORTS • Well, how about that. Maybe Washington State is really that good. Maybe the final few minutes a week ago is actually the aberration, not the defining moments. It sure looks that way after the Cougars ground out a win over California yesterday before a homecoming crowd that also included a bunch of guys who know something about success.

• The 1997 Cougars, or at least as many of them who could make it, were in Pullman on Saturday to be feted. To raise the flag. To walk on the field in the first half and hear the roars of the Martin Stadium crowd once more. 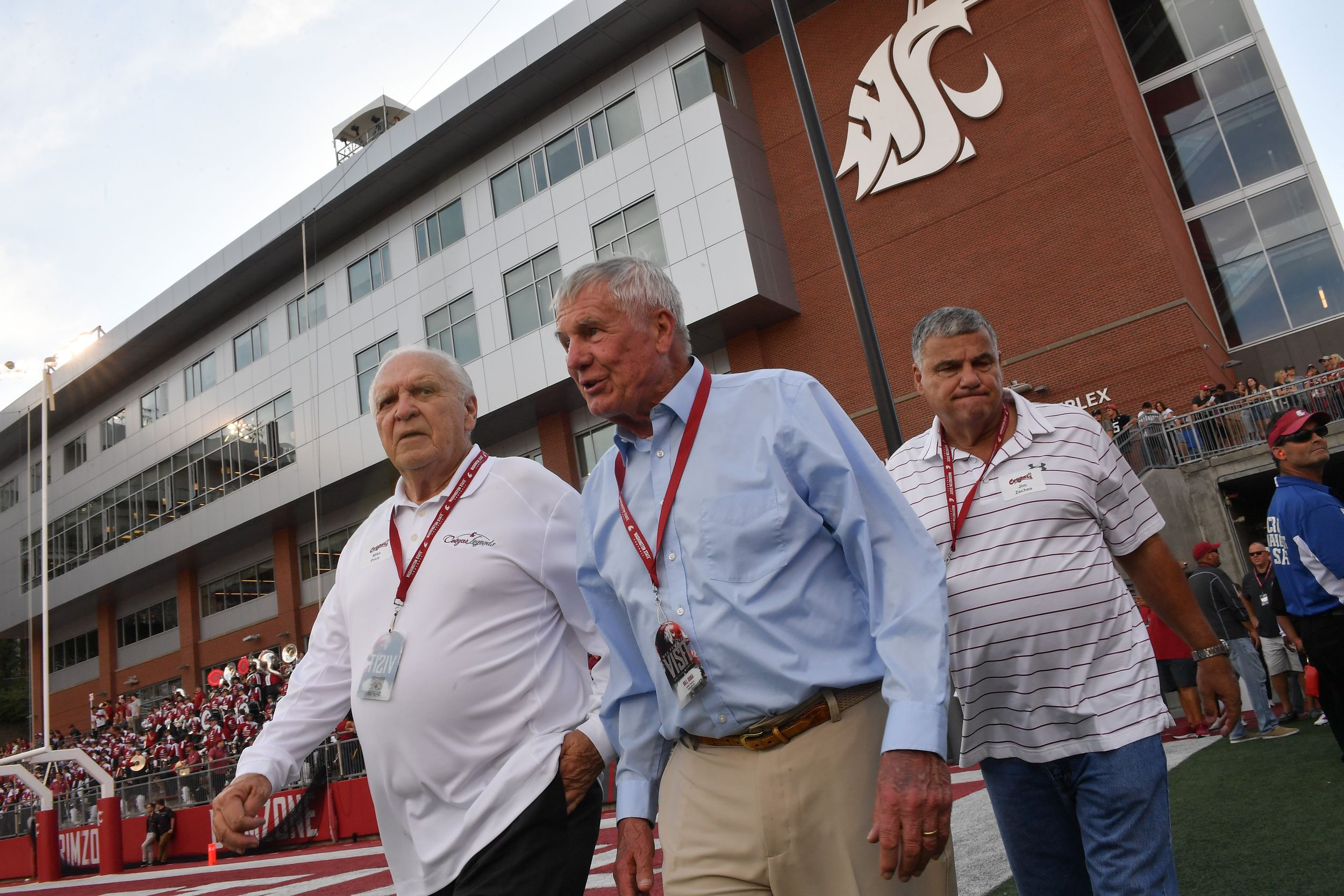 One of them who ambled onto the turf was Bill Doba, quite possibly the best defensive coordinator (along with Mike Zimmer) the Cougars ever had. Many remember Doba as the head coach who followed Mike Price but those who know remember him as the architect of the best defenses WSU put together in the modern era of football.

Defenses built on speed. Toughness. Great tackling. Energy. You know, what the Cougar defense exhibited once again against the Bears.

If the offense would just hold on to the darn ball …

Where have you heard that before? Paging Chad Davis. Anyhow, despite two ill-advised Cam Ward throws that cost at least six points and as many as 14, Washington State rolled over a Bear team that’s only loss came in South Bend. Under suspicious circumstances.

This isn’t your pop’s California squad. You know, the ones Doba’s defenses used to take apart. The Bears are better coached, are solid on defense, have a bit of a chip on their shoulder and feature a competent quarterback – along with a star in the making in freshman running back Jaydn Ott.

None of which mattered, especially after halftime. 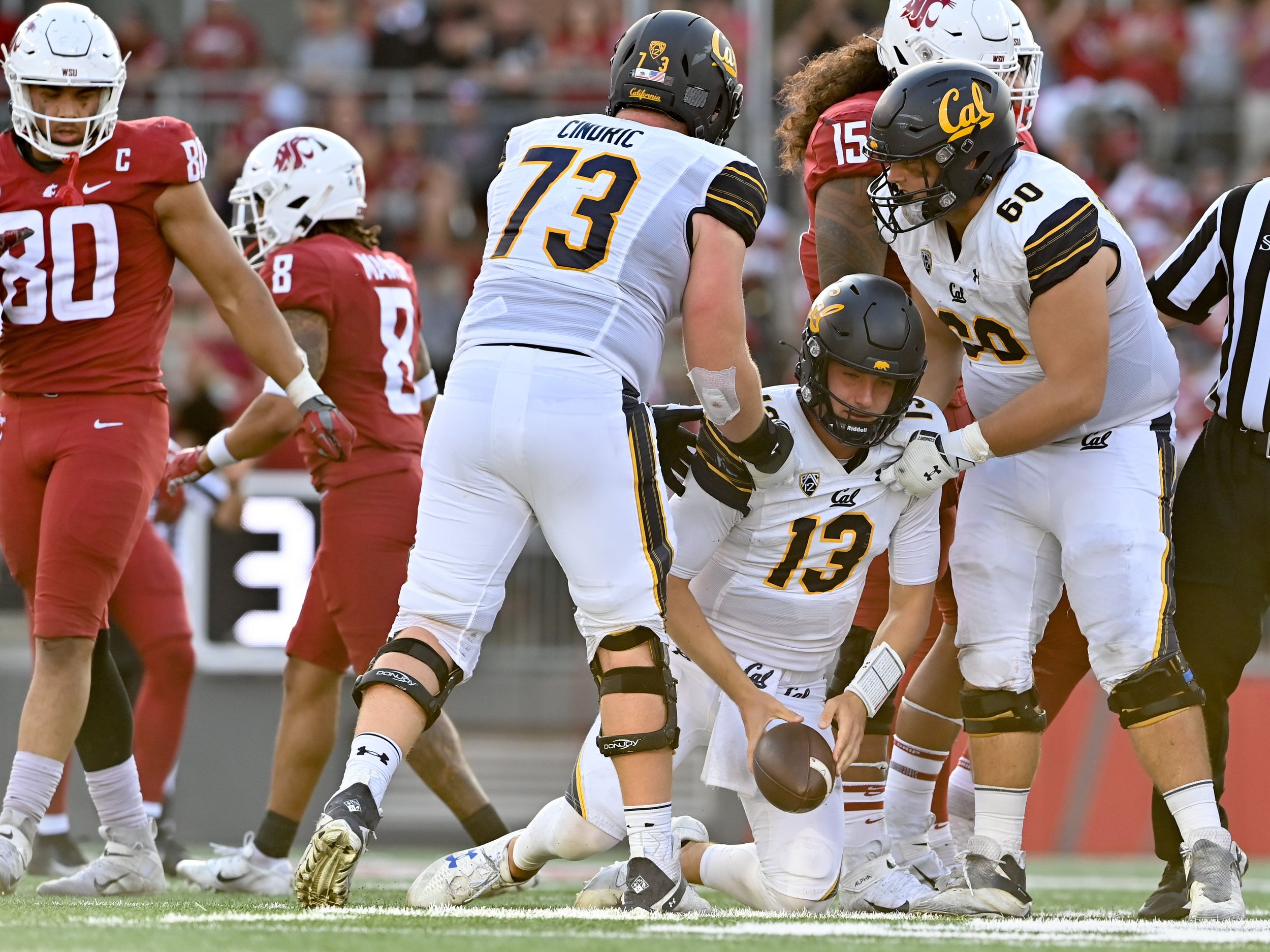 This is a defensive team that either needs to get the offense really humming or needs it to get out of the way. If either happens, watch out.

California revamped its offensive line a week ago, gave the ball to Ott and watched him run over Arizona with a Pac-12 freshman record 274 yards. Against the Cougars? Sixteen carries for 71 yards. After two runs of more than 70 yards against the Wildcats, he had a long of 18 in Pullman.

Cal didn’t turn the ball over. The Bears picked off Ward twice. They tackled well, pressured Ward, flew around. And still they were never in the game after halftime.

Something special is happening on the Palouse. And a special opportunity awaits next Saturday in Los Angeles. USC is undefeated. Ranked in the top 10. Has a high-powered offense with a Heisman candidate at quarterback. A former WSU assistant coordinates the opportunistic defense. And seems ripe for the taking.

Take care of the ball and the whooping and hollering you might here echoing in the Coliseum tunnels just could carry a crimson and gray tinge. For the last time.

• We hate mistakes. Most of all, we hate mistakes we make. And we’ve made a doozy lately. It was such a brain fart, we didn’t even realize we made it until an alert reader let us know yesterday via an email. And we don’t know how we were so stupid.

There was a good chance it would behoove wild-card contenders, if they couldn’t grab the top spot – and its built-in home games – to lose on purpose and finish third. For most of the American League’s season that logic seemed sound, then Cleveland got on a heater and ran away with the A.L. Central. The Guardians and the Blue Jays wake up this morning with the same record.

We stand by that thesis, however, in the National League, as the Mets, now the top wild-card team, seem a tougher out than St. Louis, the Central champions.

Which gets us to our recent mistake (we stalled as long as we could). We mixed up the matchups recently. Somehow, we listed incorrectly who the second- and third-place wild-card teams would play.

We feel awful about it. We know you count on us. And we screwed up. No excuses. No blaming fatigue or editors or our $%&#@ computer. None of that. All we have is an apology. And a deep hatred of our mistake. 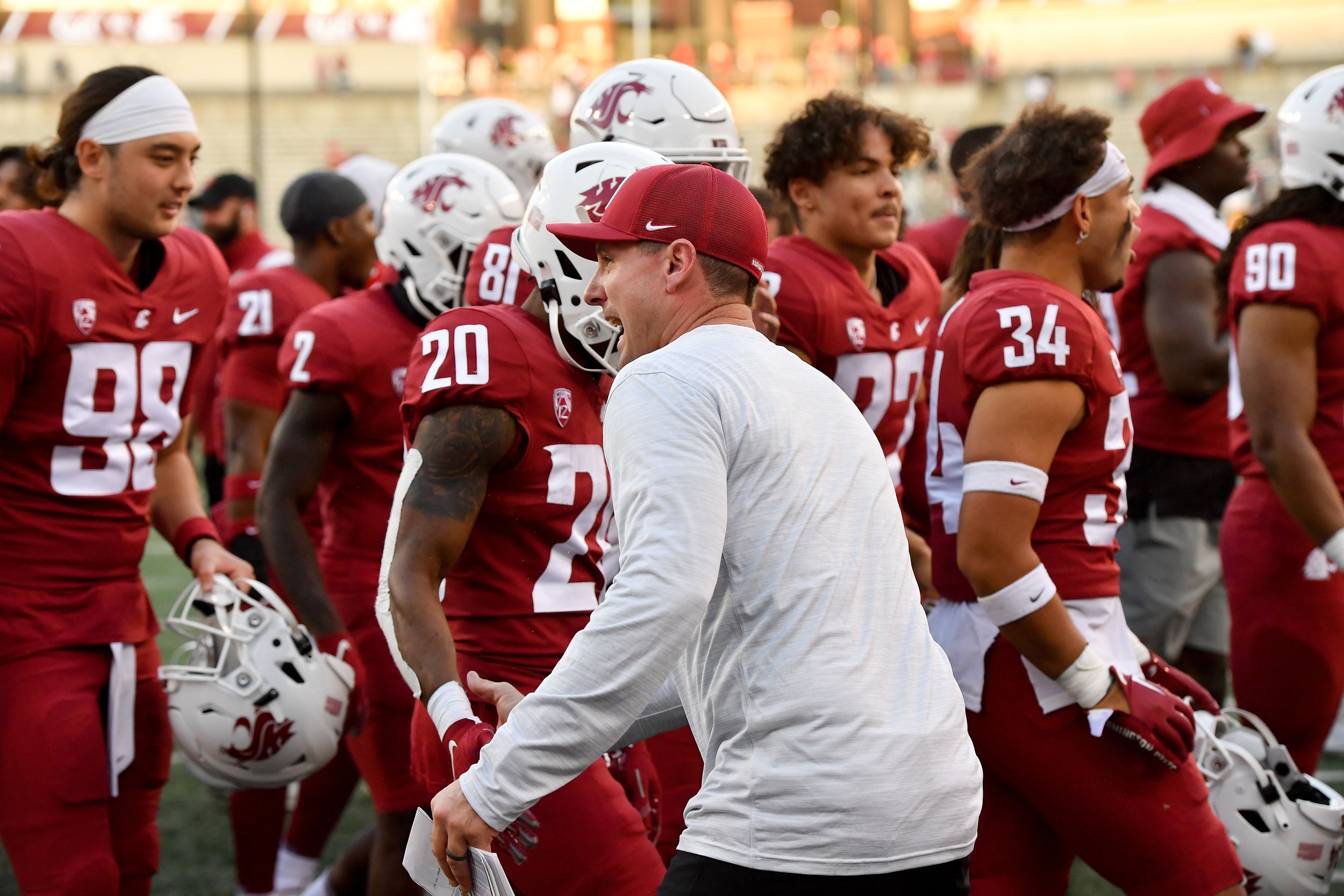 WSU: The S-R had its own Palouse Posse out yesterday, with Colton Clark taking care of the game story, the difference makers – Renard Bell was outstanding – and pregame injury report, Theo Lawson covering the 1997 team’s reunion and Jacob Thorpe with his column. … The veteran of the group, photographer Tyler Tjomsland, has the photo report. … The folks in the office took care of the recap with highlights. … We had our TV Take which highlights what we saw from our living room. There were two pleasant surprises: No big issues with the officiating and Lincoln Kennedy has improved considerably since last season. … We can also pass along coverage from the California side of things. … Elsewhere in the Pac-12 and college football, Jon Wilner has his usual Saturday night column in which, this week, he kind of rains on the conference’s parade. … Oregon didn’t let the Stanford upset-bug bite again this season, getting its act together in the second quarter and coasting to a 45-27 win in Eugene. … Did Oregon State have a USC hangover? Or is Utah just that much better than the Beavers? In the Utes’ 42-16 romp, it was obvious they were much at least much better at one position: quarterback. … Arizona handled Colorado relatively easily, winning 43-20 in Tucson. But the Buffs have some solace. For the first time this year they stayed within 25 points of their opponent. Back to the drawing board for the Wildcats? … In what was probably Arizona State’s last visit to the Coliseum, at least for a conference game, the Sun Devils proved to be no match for USC. The Trojans rolled to a 42-25 victory. … In the wake of Friday’s 40-32 defeat at UCLA, what’s ahead for Washington? … In basketball news, a Colorado sophomore has a new approach.

Gonzaga: Rui Hachimura is from Japan. We all know that. What we all may not know is what that actually means for him. 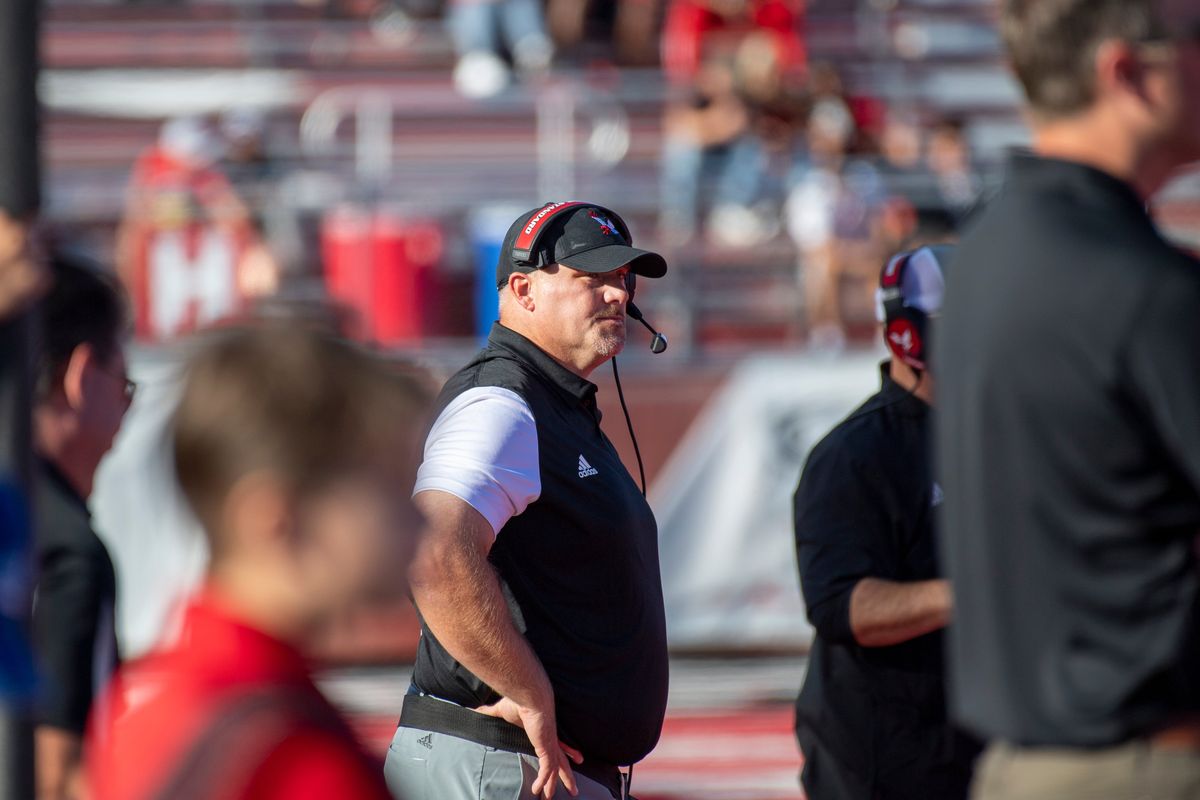 EWU: There is one college football game left this weekend. It is in Florida and features Eastern. Dan Thompson has a preview of this morning’s hurricane-delayed game that carries a 9 a.m. kickoff. … Elsewhere in the Big Sky, Cal Poly is going to build a new football facility that will carry the name of its most famous alum, John Madden. His alma mater is struggling, though, and lost to visiting Sacramento State 49-21. … Montana State pulled away from UC Davis in the second half and posted a 41-24 victory. … Montana played a true road game and almost came home with a loss. The Griz did, however, defeat winless Idaho State 28-20. … Portland State picked up a 35-27 victory over visiting Northern Arizona.

Idaho: The Vandals rode the right arm of quarterback Gevani McCoy to a 55-35 homecoming win over Northern Colorado on Saturday. More importantly, they improved to 2-0 in Big Sky play. Peter Harriman has the story. … The Bears were not happy.

Whitworth: After struggling to score in their last game, the Pirates took out their offensive frustrations on Lewis & Clark in Portland. They won 66-28 in their Northwest League opener. 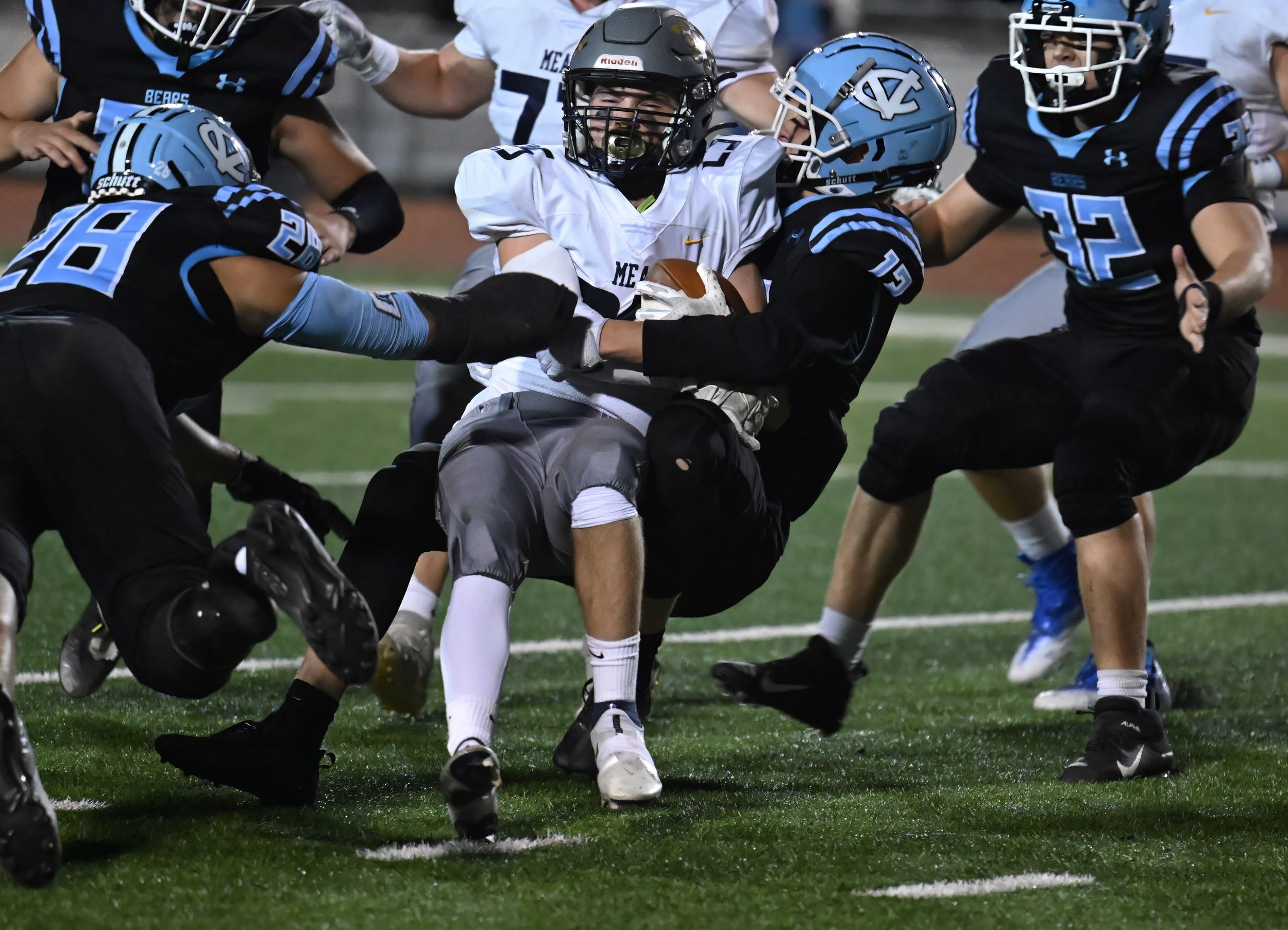 Preps: Before we move to what happened Saturday, we have to link the game Dave Nichols covered Friday night. Try as we might yesterday morning, we couldn’t find it on the S-R website. Dave has this story from Mead’s 21-17 win over Central Valley. … We can also pass along Colin Mulvany’s photographs. … Dave looks back at the entire Friday football schedule. … And he covered Shadle Park’s 42-7 GSL win over visiting Rogers, which was played Saturday afternoon. … He also has a roundup of all the other Saturday competitions. 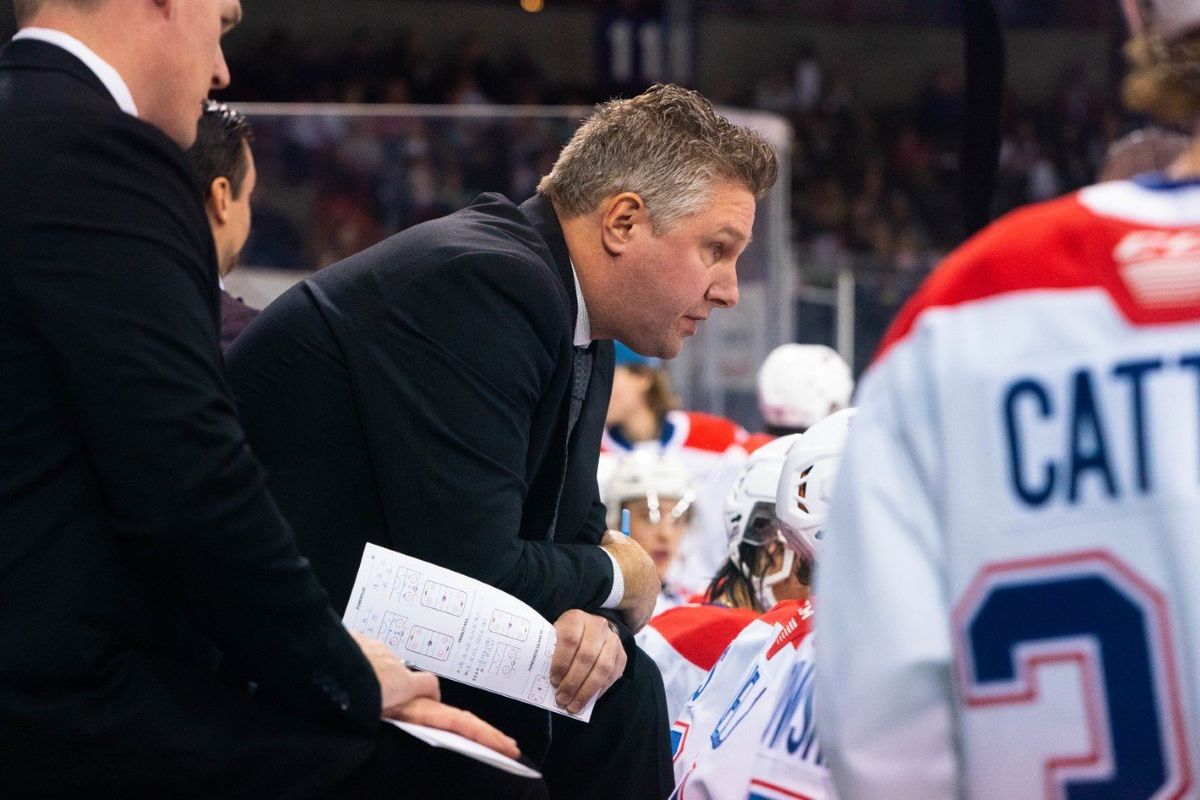 Chiefs: Spokane returned home on a roll after opening the WHL season with two wins in Victoria. But, as Dan Thompson tells us, the Chiefs were no match for Kamloops, losing 4-2.

Mariners: (At least) two hangovers, so what? The M’s rode Luis Castillo’s right arm to a 5-1 victory over Oakland and kept pace with Toronto in the wild-card-race. … The M’s are ready to write a new chapter. … Brian O’Keefe picked up his first major league hit. 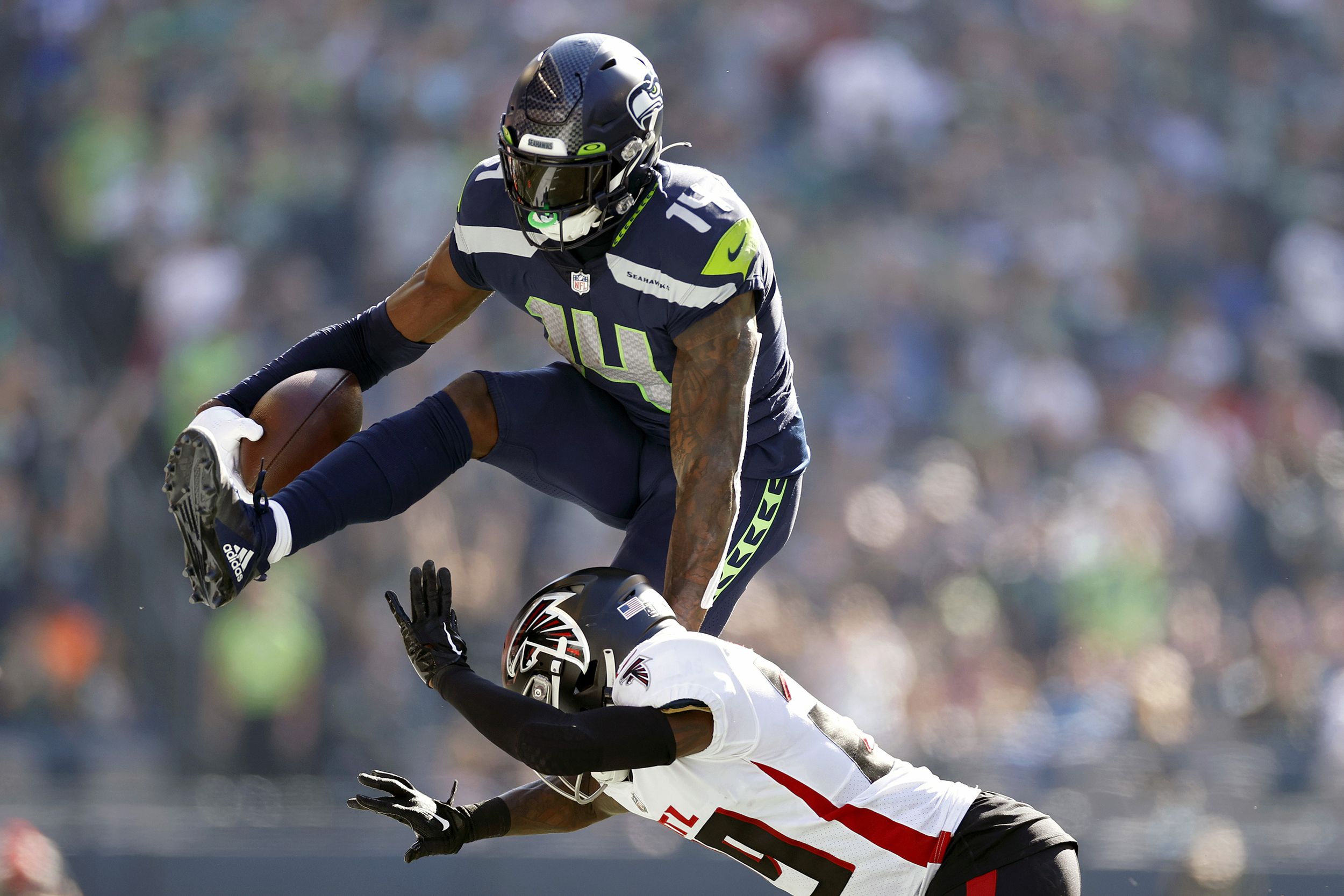 Seahawks: When you get finished reading this, turn on the TV, because the Hawks kick off at 10 this week. Here’s what you should be looking for.

Kraken: Hey, a new mascot. … Another shutout in the preseason? Yes, please, if it carries over.

Sounders: No playoffs are in the offing, but Cristian Roldan has something to play for today when Sporting KC comes to Seattle.

• As we said, we hate mistakes. There was another one in our TV Take today (it has already been fixed). But this one wasn’t completely our fault. Autocorrect got us. But we should have seen it before we hit send. Oh, well. Until later …