A GRIP ON SPORTS • There is only really one reason to study history. To color your vision of the future. With that in mind, we give you the 2008 Seattle Mariners and the 2022 Seattle Seahawks. As the Rolling Stones might say, paint it black.

• Yes, we referenced a band that is filled with septuagenarians. So? We’re talking about the future of the region’s NFL franchise. Despite what happened Sunday in Detroit – maybe because of it – that future seems pretty black. Or bleak. 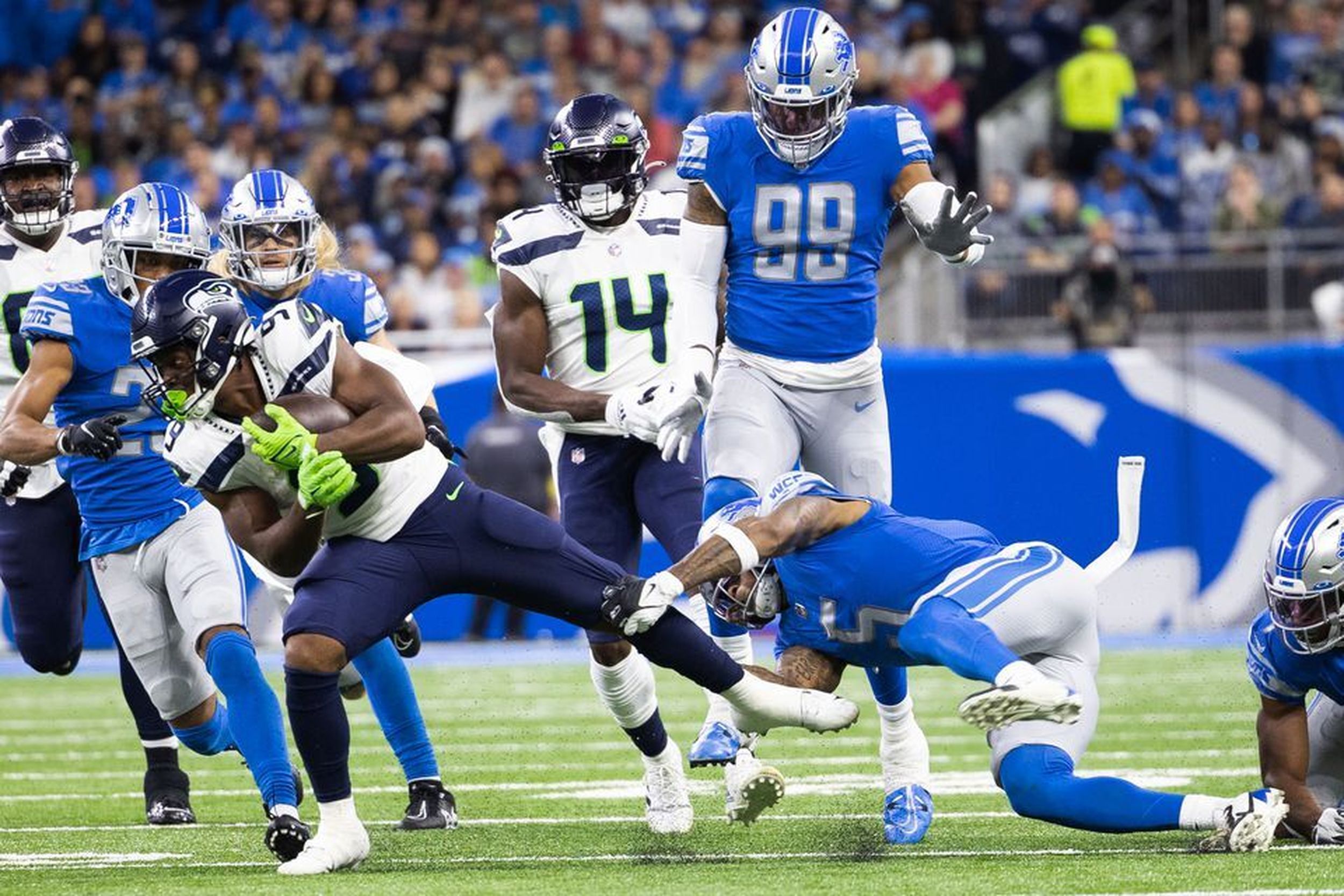 And why would we say that? Because we can remember September, 2008. Do you?

That year the Mariners were terrible. Awful. No good. They lost 101 games. And that’s our point. They needed to lose 102. They had three chances. But instead of tanking their last series at home against Oakland, the M’s won all three. Hurrah?

Nope. Stephen Strasburg, the 6-foot-5, built-like-Hercules, right-handed pitcher was coming out of San Diego State that season. He was a can’t miss prospect. Whoever had the top pick would take him. After that, the rest of the 2009 draft class was a crap shoot. If the M’s had lost two of three to the A’s, they would have drafted the pitcher who led the Nationals to the 2019 World Series title.

Instead, they drafted Dustin Ackley.

Those of you with long memories know how that turned out. The rest of you are saying, “who?” Precisely.

Which brings us to the 2022 Seahawks. Anyone think they can win the Super Bowl? Win the division? Make the playoffs? Did Sunday’s 48-45 win over a beat-up Detroit Lions team change your mind?

If anything, the way the Hawks won cemented our thoughts about them. The Lions were missing their two best receivers. Their best running back. And yet they shredded the Seattle defense. Heck, if it weren’t for Jared Goff doing what Jared Goff does – throwing a pick-six – than the Lions win.

Which, in the long run, would have been great for Seattle.

The Hawks have holes. More holes than $500 designer jeans. The defense has Grand Canyon-size holes. The offense has one less hole than we might have thought, but still could use help. If the Hawks are going to win the Super Bowl ever again, they need better players.

Sure, having the first draft pick doesn’t ensure you’ll make the right choice – especially if you live in Cleveland. But what do Super Bowl quarterbacks Joe Burrow and Matthew Stafford have in common? They both were the top draft picks.

Jason Smith – a tackle who played in a whopping 45 games without distinction – and Dustin Ackley seem a bit analogous, don’t they?

Our point here is simple.

It’s OK for fans to be happy when Seattle finds a way to win. To cheer Geno Smith’s success. To revel in Tyler Lockett and DK Metcalf. To smile watching the two rookie offensive tackles block. To laugh at Cody Barton bouncing off a tight end. To see potential in Tariq Woolen. To jump for joy when the final horn sounds.

But happiness comes with a price.

Every time the Seahawks win this season is a gift. A gift to the other franchises that are smart enough to be understand their real goals. And it isn’t to win six games. Or to win toss-up games against teams that are also in the running for the No. 1 pick.

The best path for future success? It lays in laying down. 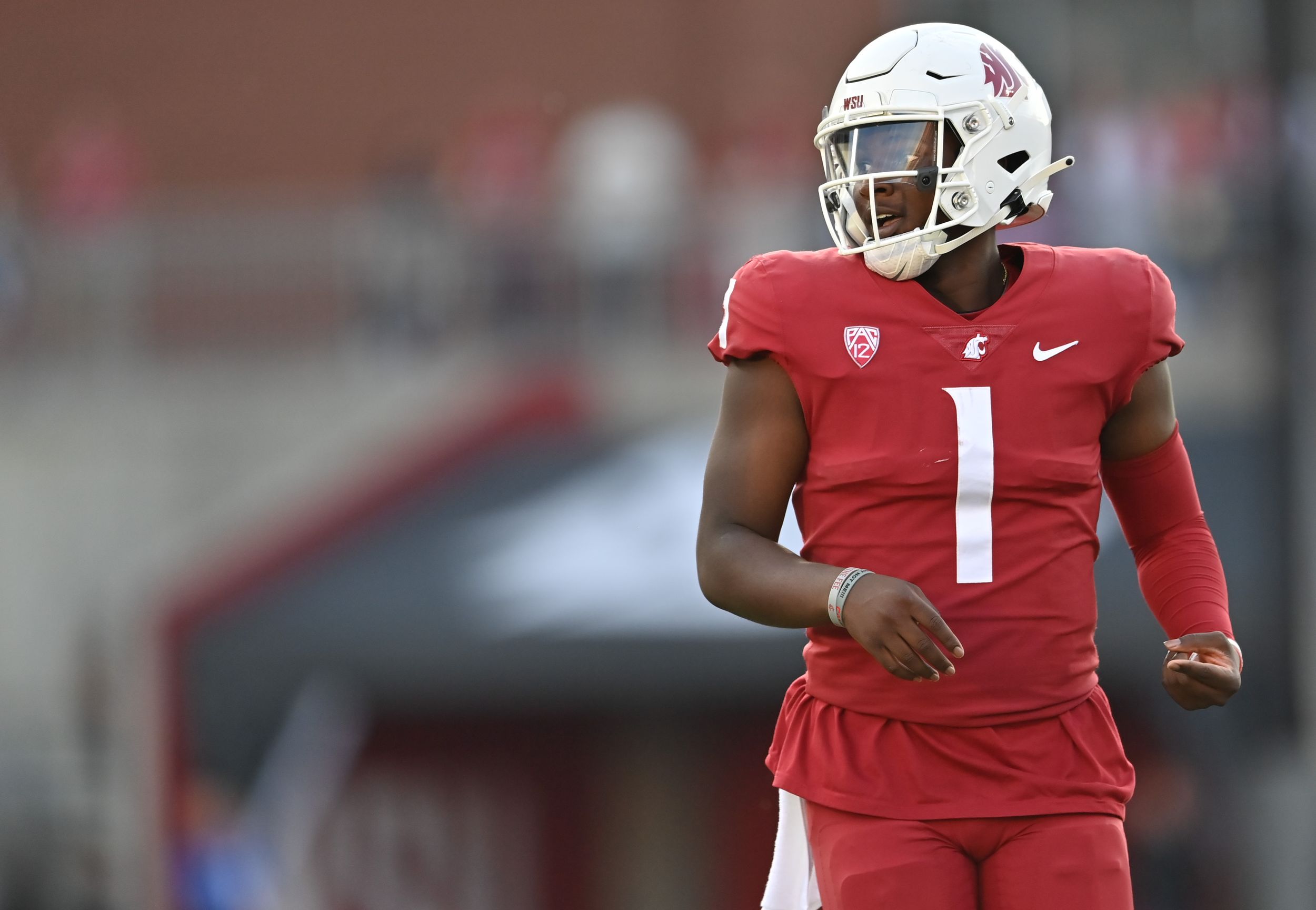 WSU: As we said in our TV Take on Saturday night, Cameron Ward was the reason the Cougar offense struggled. And the reason it was really good. That point is made clear in Colton Clark’s rewind this morning. … The Cougars are still not ranked. They are 26th heading into Saturday’s showdown with sixth-ranked USC in the Coliseum. Colton has more on that as well. … Jon Wilner’s top-25 ballot in the Mercury News lists Washington State 13th. … Frankie Luvu had a pick-6. He also led Carolina with 11 tackles. That performance leads off the S-R’s weekly roundup of local NFL players. … Elsewhere in the Pac-12 and college football, Wilner takes a final look at the weekend. … There have been two coaches fired already. The second came Sunday when Colorado kicked Karl Dorrell out the door only a couple seasons after he was the Pac-12 coach of the year. An interim coach was named. Will it work? Not this season. … David Shaw won’t be the third, despite Stanford having gone a calendar year without an FBS win. The Cardinal lost to a ranked Oregon team and it wasn’t close. … Washington’s loss at UCLA included a weird play. Then again, it was Pac-12 game. There usually is something weird. … Oregon State has lost two consecutive games. … Utah is finding more offensive weapons. … USC, coming off a tougher-than-expected win over Arizona State, is the next challenge for WSU, a double-digit underdog. … Undefeated UCLA is finally ranked. … Arizona’s wild win shows progress. 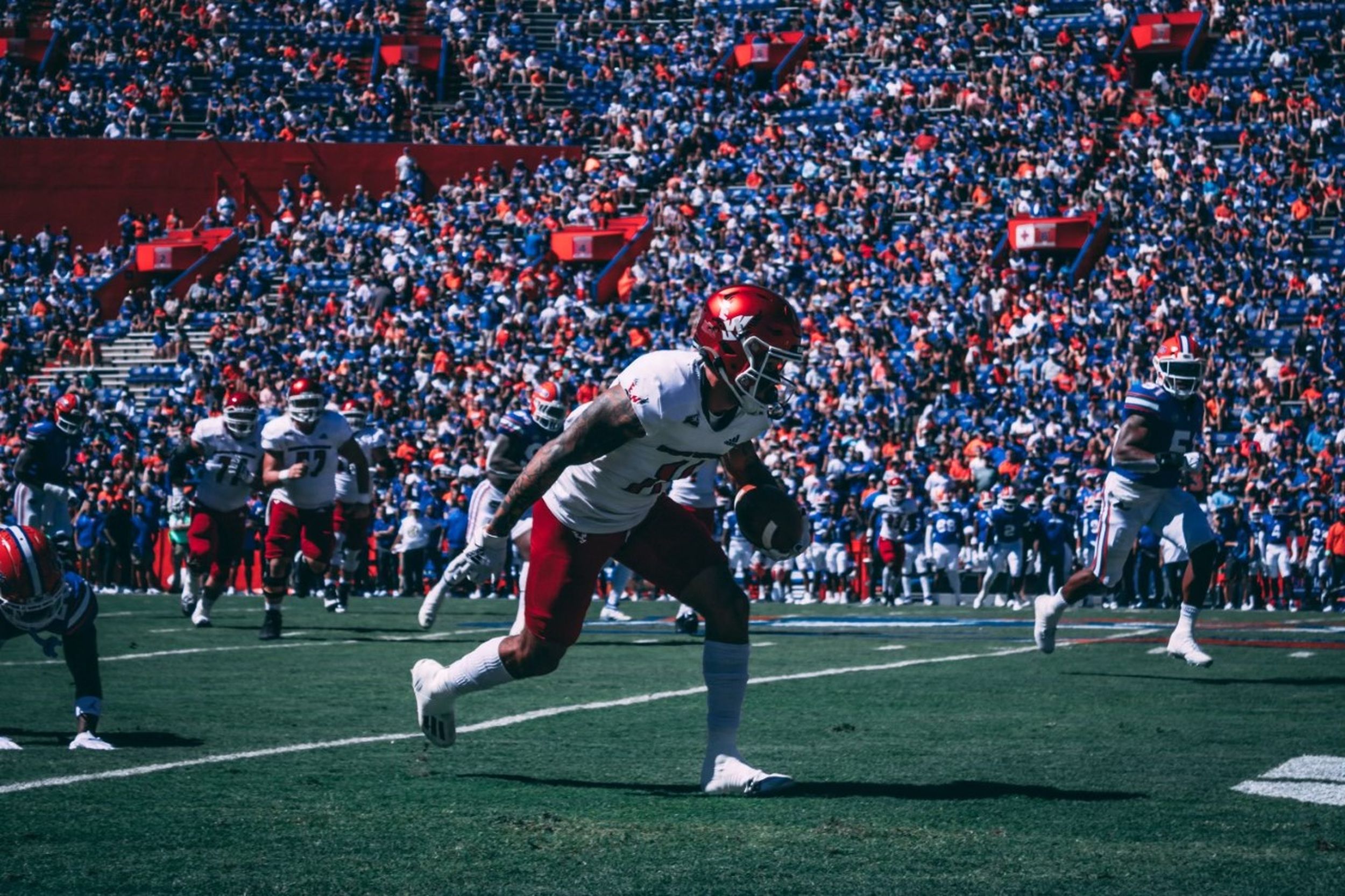 EWU: The Eagles got their game in at Florida. The Gators outran Eastern, winning 52-17 in EWU’s first game with an SEC school. Dan Thompson watched and has this story. … Elsewhere in the Big Sky, the Montana running backs are hitting their stride. … A national audience had a chance to watch Montana State defeat UC Davis.

Mariners: The second wild card seems to be the ceiling now. A trip to Toronto – or Cleveland if things go south in the next few days – awaits. That was assured with a 10-3 loss to Oakland on Sunday. … Who will make up the M’s postseason roster? (That’s a question we’ve never asked in this space.) … Julio Rodriguez will be back today. … There was a promotion in the front office.

Seahawks: Dave Boling watched Geno Smith’s performance. It was exceptional. So is Dave’s column. … Others had their thoughts on Smith. And Smith had thoughts about others. … Metcalf had a few highlight-reel moments yesterday, on and off the field. … There are always grades. And things to learn.

• It’s hard to be a fan sometimes. Yesterday was a good example. The head knew what was best but the heart was telling it to shut up. Enjoy the moment. And the heart won out, just like the Hawks. Until later …