A GRIP ON SPORTS • Be prepared. It’s not just a motto for scouts anymore. It’s also applicable to the average Northwest sports fan this weekend.

• We mentioned the nature of the next few days Thursday. Playoff baseball. College football. The NFL. Heck, throw in the NBA and NHL already playing preseason games and there is no time to do anything else but drink Diet Pepsi and sit on the couch. 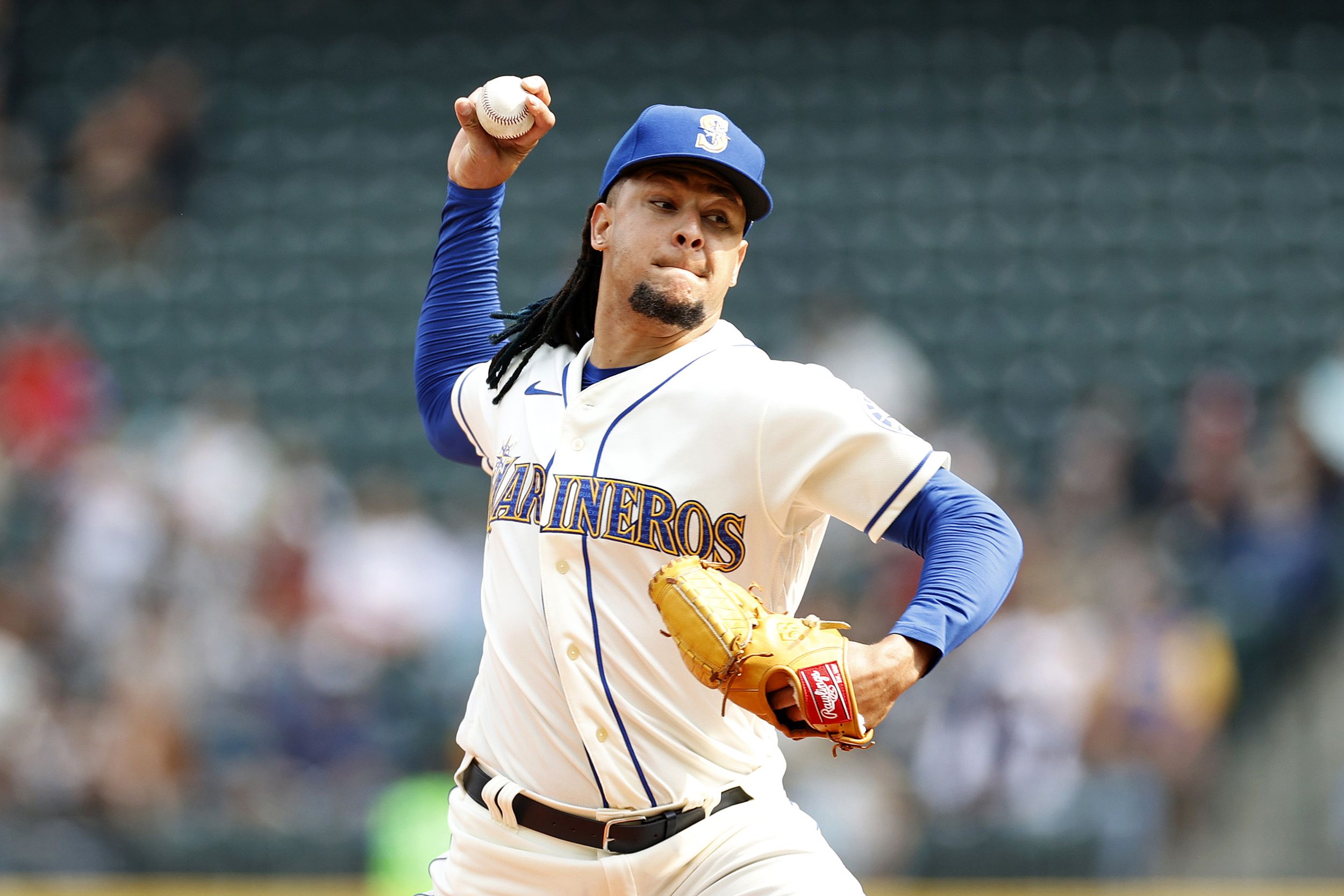 Yet, never forget what the Starks say. Winter is coming. Even if the thermometer screams summer.

And summer it is in Toronto today. At least the summer game, baseball, should be front and center in one of North America’s premier metropolises. The Mariners are in town and everyone in Canada knows what that means. What? OK, we’ll spill. It means the playoffs are starting.

Yes, we get that the M’s aren’t the Yankees. Or the Dodgers for that matter. And we understand they haven’t been to the postseason since Friends was Nielsen’s top-rated show. Which is why an October series pitting the Blue Jays and the Mariners, expansion franchises who entered the league together in 1977, screams playoff baseball.

Two teams with parallel paths, until the Jays veered off it under Pat Gillick to win World Series in 1992 and 1993. Ironically, it was Gillick who engineered the greatest season in modern baseball history and he did it in Seattle in the aforementioned 2001.

Oh wait, we forget to add one word there. The greatest regular season. Even 116 wins doesn’t ensure anything in the postseason.

What does? Usually great pitching. And the M’s have that this season. Maybe the best pitching staff of the 12 teams vying for a title.

The Blue Jays? Today’s starting pitcher, Alek Manoah, was an All-Star this season. The M’s starter? Luis Castillo, who was traded to Seattle following the midseason break. Ironically, again, the two are almost mirror images of each other, from their go-to pitches to their ability to string together scoreless innings.

After that, though, Seattle should have the edge on the mound, what with former Blue Jay – he won the 2021 American League Cy Young pitching in Toronto – Robbie Ray taking the hill for the M’s in the series’ second game. 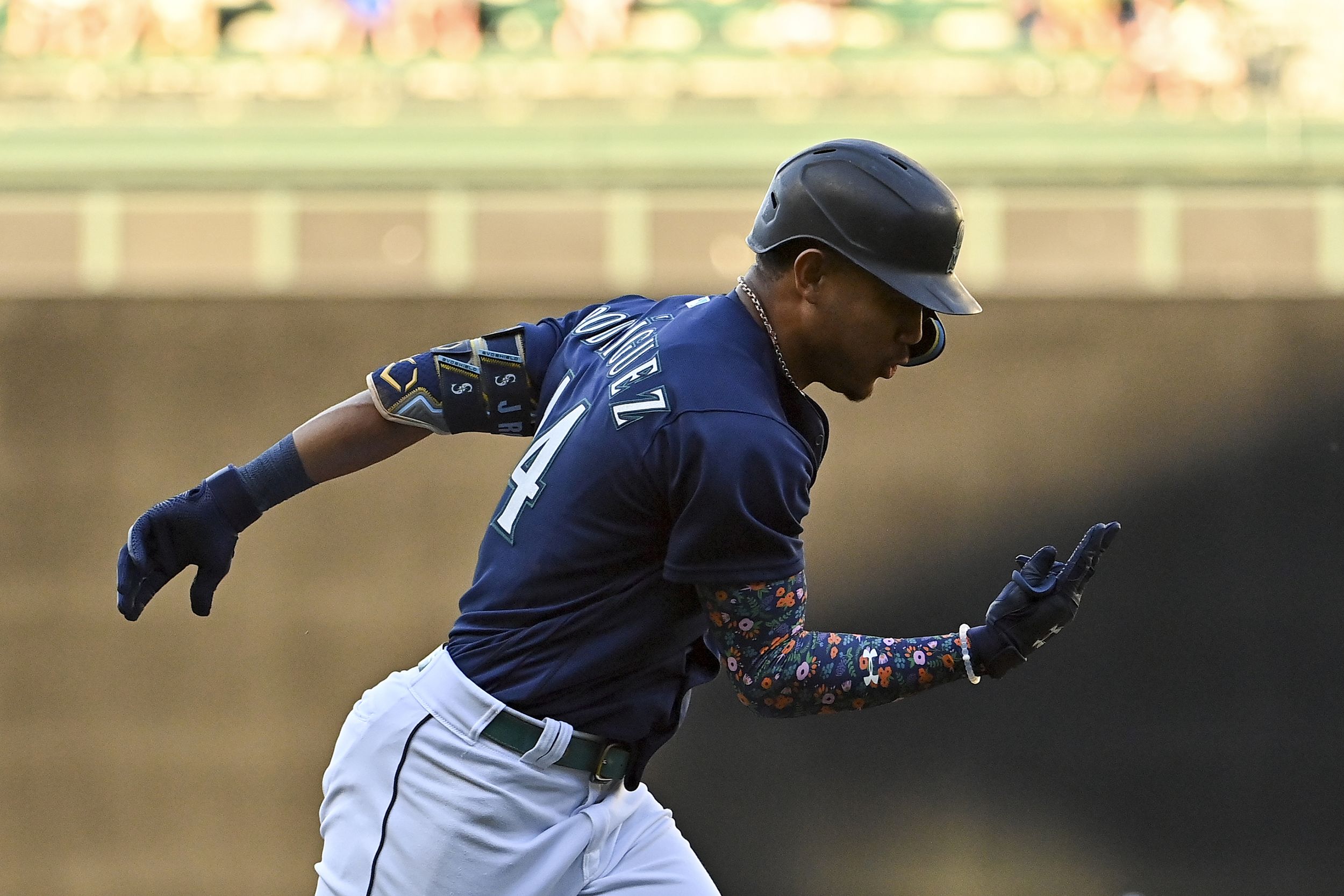 But pitching can only mean so much. The Toronto lineup is measurably better, maybe the best top-to-bottom in the American League. Seattle has issues, from holes at three spots – left field, second base and shortstop – to nagging injuries possibly limiting two of its best hitters, Julio Rodriguez and Eugenio Suarez.

Besides, all three games, if needed, will be played in Toronto. Playoff baseball is a different beast. A raucous crowd can make the difference, especially for players who haven’t experienced such pressure before.

In other words, pretty much the entire Seattle roster.

Ray, both Castillos, Luis and Diego, Carlos Santana, Eugenio Suarez, Jesse Winker and Abraham Toro have some, but only Diego Castillo, Ray and Santana have more than a taste.

If the Mariners continue on in this postseason, it will be an upset. But that’s not what matters here. It’s about Rodriguez and Raleigh and France and Luis Castillo and others laying a foundation for the future. A future that isn’t guaranteed, sure, but one that should have more success than the two decades just past. A lot more.

• Speaking of the future, Russell Wilson’s isn’t all that bright right now. Or anyone else connected to the Broncos. The Seahawks’ former star quarterback isn’t off to the best of starts with Denver, lowlighted by last night’s performance in the 12-9 overtime loss to Indianapolis on national TV – if you are a Prime subscriber.

It wasn’t just his numbers. Or even the team’s loss, dropping it to 2-3.

It was how it happened. The decision-making on Denver’s final play. Needing a yard, the Broncos passed. (Sound familiar?) And Wilson didn’t see a wide-open receiver. Tried to force the ball into coverage. (Sound familiar?) The Colts made a play and won. In Denver.

Wilson was supposed to be the Broncos’ savior. Lead them back to the Super Bowl. Prospects looks bleak right now.

But there is always this. The future. You know, when five of their draft picks, including two first-round choices, are in Seattle’s hands. And at least $165 million, including a high percentage of their cap space, are in Wilson’s. 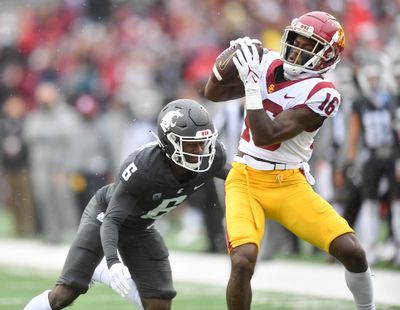 WSU: Winning a game against one of the nation’s better teams is always a challenge for the Cougars. Doing it on the road is even harder. But that’s the assignment tomorrow in Los Angeles. Colton Clark looks at the Cougs’ record against top-10 teams as part of this notebook. … Caleb Williams and the sixth-ranked Trojans have a lot on the line. … Elsewhere in the Pac-12 and college football, we linked Jon Wilner’s picks the other day. They ran in the S-R today. … Wilner also has a look at the conference’s Heisman Trophy candidates in today’s Mercury News. … Despite its 21st ranking, Washington hasn’t had that much success on the road lately. That should change with Arizona State up next. … The 12th-ranked Oregon Ducks owned Jayden de Laura when he was at WSU. Will it continue tomorrow now that he’s at Arizona? … Dorian Thompson-Robinson has a chip on his shoulder. Will it help 18th-ranked UCLA handle visiting Utah, ranked 11th? … Colorado is off this week, trying to get used to a new coach. … In basketball news, UCLA has high expectations for its freshman class. 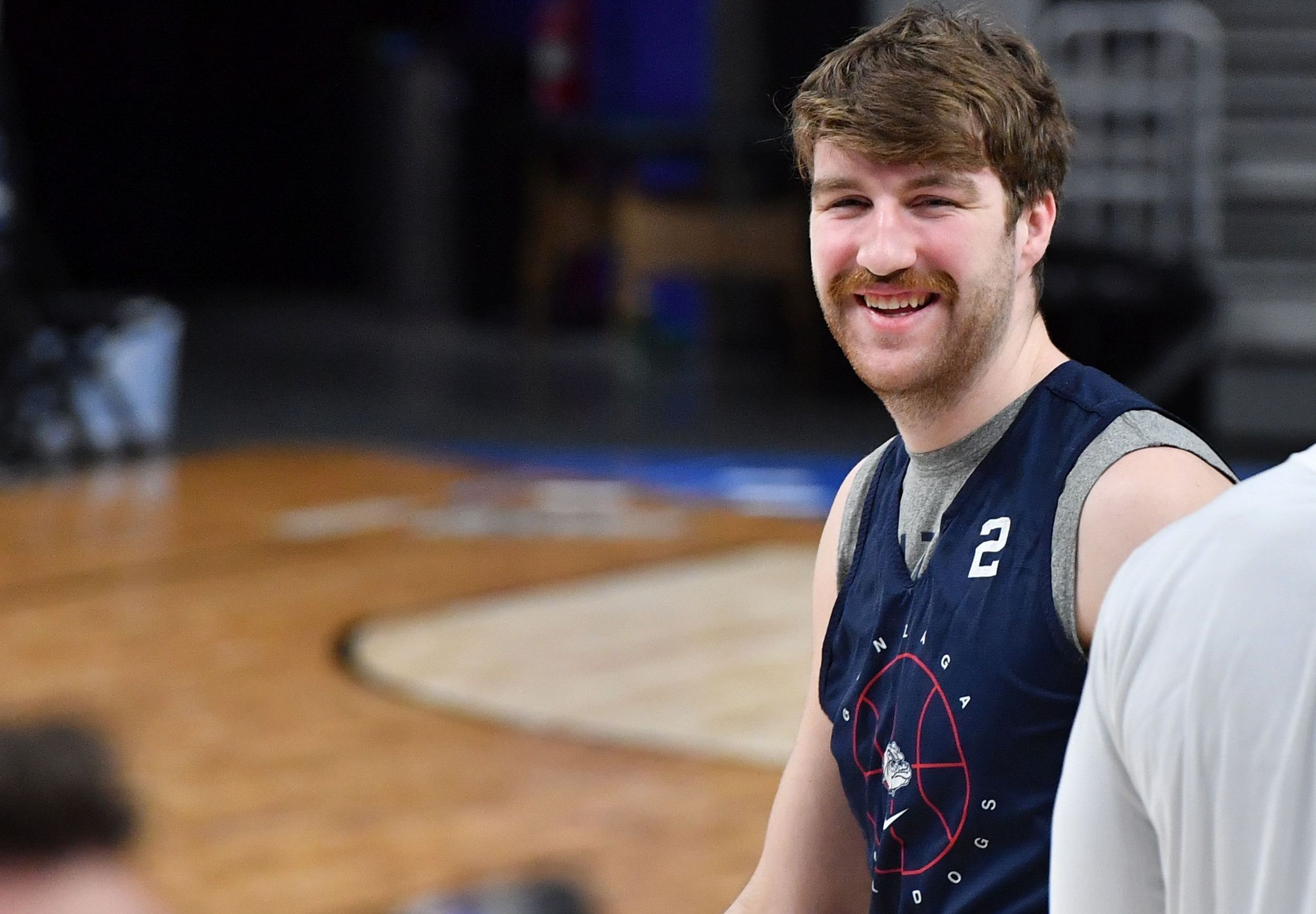 Gonzaga: The WCC media day in Las Vegas showcased the Zags once again. Not only are they the pick to win the conference, they also put three players on the preseason all-league team. That’s domination. Jim Meehan has that story and another on GU and Kentucky agreeing to a six-year series. The games in the Northwest? In the Spokane Arena (this season), Seattle (2024) and McCarthy (2027, though we will believe it when we see it). … Theo Lawson has stories on Drew Timme’s podcast, Kaden Perry’s back (and Dominick Harris’ foot) and Zach Norvell Jr.’s return. … Elsewhere in the WCC, this is BYU’s final season in the conference. Will the Cougars go out with a growl or a whimper? 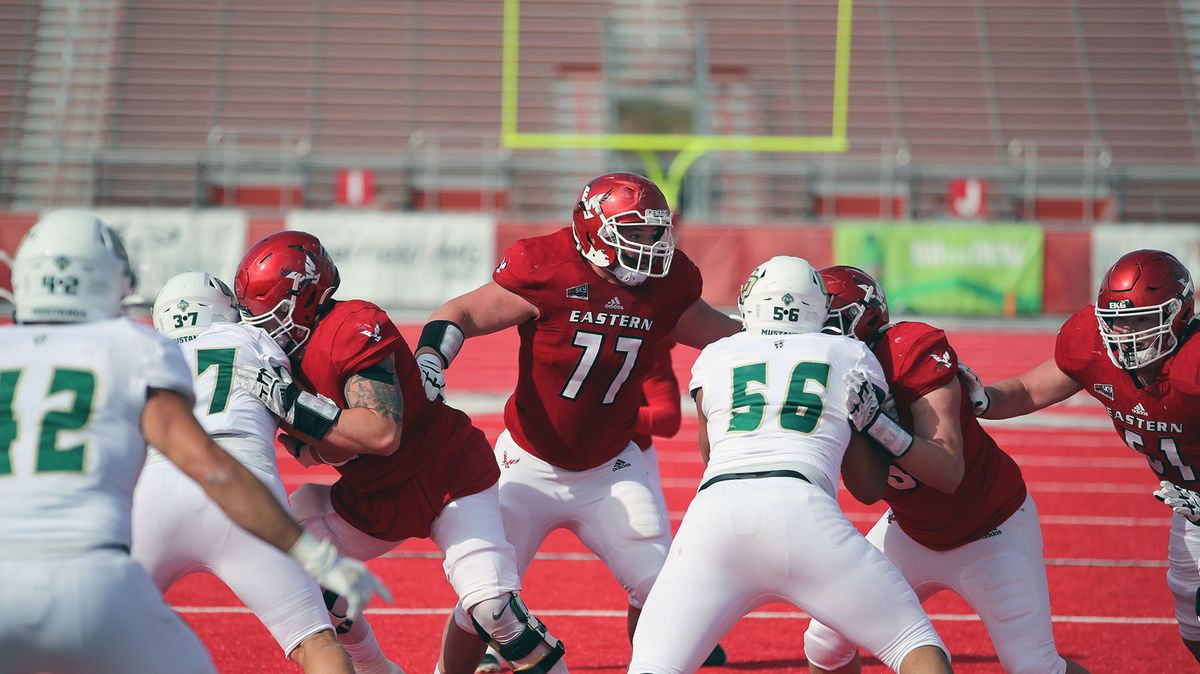 EWU: The Eagles delve into the ranks of the ranked once again, taking its 1-3 record to seventh-ranked Weber State. Dan Thompson has a preview of Saturday’s game. … Dan also has this feature on offensive lineman Wyatt Musser, a sixth-year senior. … The Wildcats are hoping to return to the FCS postseason. … Elsewhere in the Big Sky, Montana State has a new member of its coaching staff. The Bobcats face off with Idaho State. … Sacramento State may be Northern Colorado’s toughest test of the season. … Northern Arizona needs a win against Cal Poly in a game that matches head coaches with deep ties to the Inland Northwest. … In basketball news, Idaho State’s preseason practice focuses on execution. 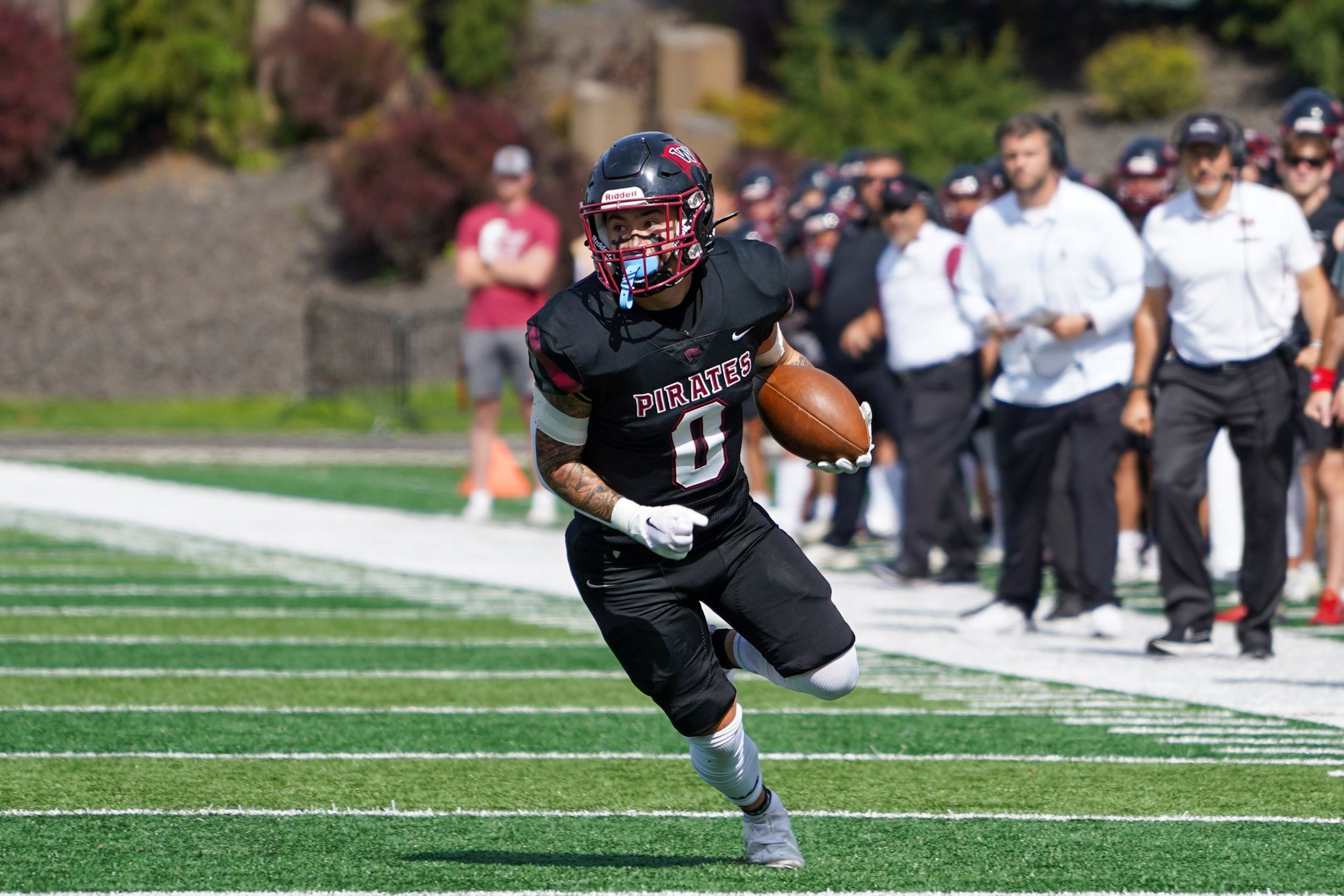 Whitworth: The transfer portal isn’t just for the USCs and Oregons of the world. The Pirates have benefitted from the play of a Division II transfer, receiver Riley Morrison. John Blanchette has his story.

Preps: Dave Nichols made the trek down U.S. Highway 195 to Pullman (or, as he lives in North Idaho, maybe he took 95) for Shadle Park’s visit. The Highlanders came away with a 30-24 GSL 2A overtime victory. … Dave also has a roundup of other action in the area. 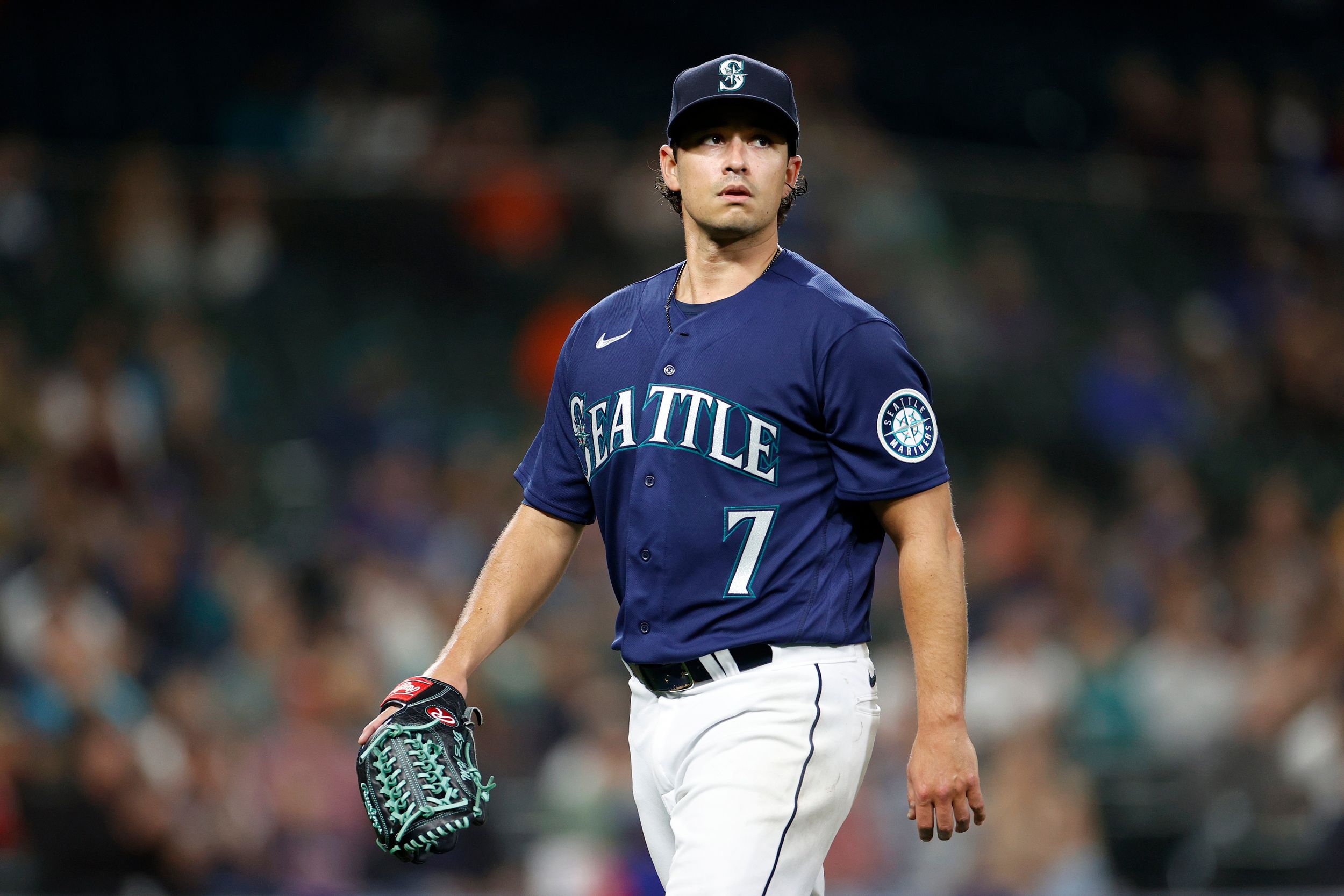 Mariners: Marco Gonzales has helped the M’s go from also-rans to playoff participants. But the Gonzaga graduate won’t be on the roster for the wild-card series in Toronto. Jacob Thorpe talked with many who know Gonzales for this story. … Did you know Seattle has a couple of Canadian players? … It should be an even series.

Seahawks: Geno Smith has played well. And he seems tired that people are surprised. … The Hawks have also played well in some areas. … DK Metcalf is happy teams are playing a lot of man coverage.

• Maybe it is the Tylenol. Maybe it is our iron constitution. Or maybe we are just lucky. Whatever it is, we’re feeling decent this morning despite having received a COVID-19 booster Thursday. Believe us, decent is just fine at this time of life. Until later …