A GRIP ON SPORTS • It’s Friday. The weekend that looms is something akin to a monster in a poorly dubbed foreign sci-fi movie. Godzilla or Mothra or something on Saturday, something less dominating on Sunday. And in the middle of it are the Mariners.

• We’ll get to the regional baseball team in a moment, but we’re trying to figure out how to watch every sporting event available Saturday. We figure if we can accomplish that feat, our place in the Guinness book is assured. Doing the impossible would seem to merit a chapter on its own. 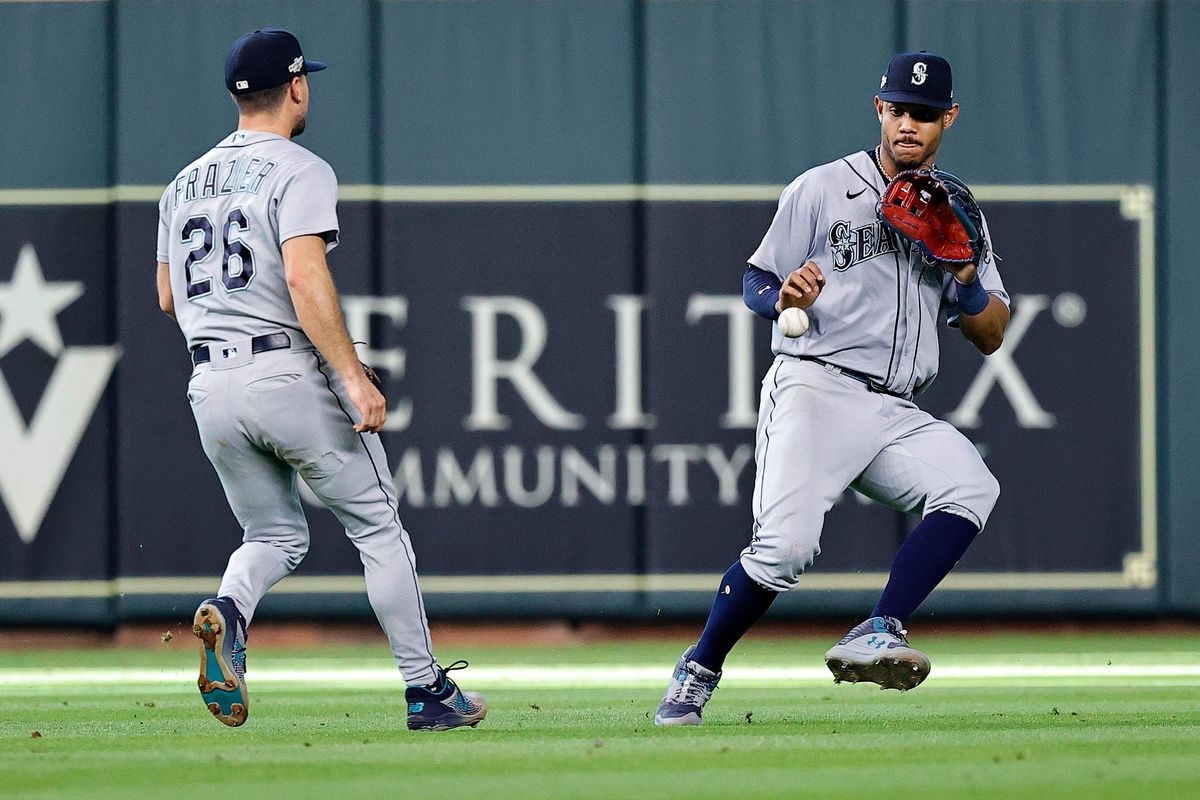 Not only is there the usual Saturday college football in October, something that’s dominated the airwaves since, well, the airwaves consisted of nothing but radio signals. But there is even more.

There is playoff baseball. Four games, including the first postseason game in Seattle since Ichiro was an American rookie. The Yankees are playing. So are the Dodgers. The Braves. Talk about pedigree.

But there is more. The NHL has begun. Sure, hockey’s regular season isn’t on par with postseason baseball – or any college football – in this country, but Tampa taking on the Penguins is a good palate cleanser in the late afternoon if need be.

During a day of trying to wedge in as many of the baseball and football games as possible, it might just be needed. It’s a Saturday that includes such power matchups as Alabama at Tennessee, Penn State at Michigan, Oklahoma at TCU and, lest we forget, Idaho at Montana (on SWX at noon). The evening is no lighter, at least locally, what with Eastern Washington hosting an undefeated Sacramento State team (4 on SWX) and Washington State trying to extend its winning streak over Oregon State in Corvallis (6 on the Pac-12 Network).

Throw in more evening games such as USC and Utah meeting in Salt Lake City, Stanford at Notre Dame and Clemson traveling to Florida State, and you have a day of unparalleled stress. Not for the players and coaches, mind you. But for your remote.

• Now back to the regularly scheduled rant, that is, our thoughts on the Mariners’ 4-2 loss in Houston. 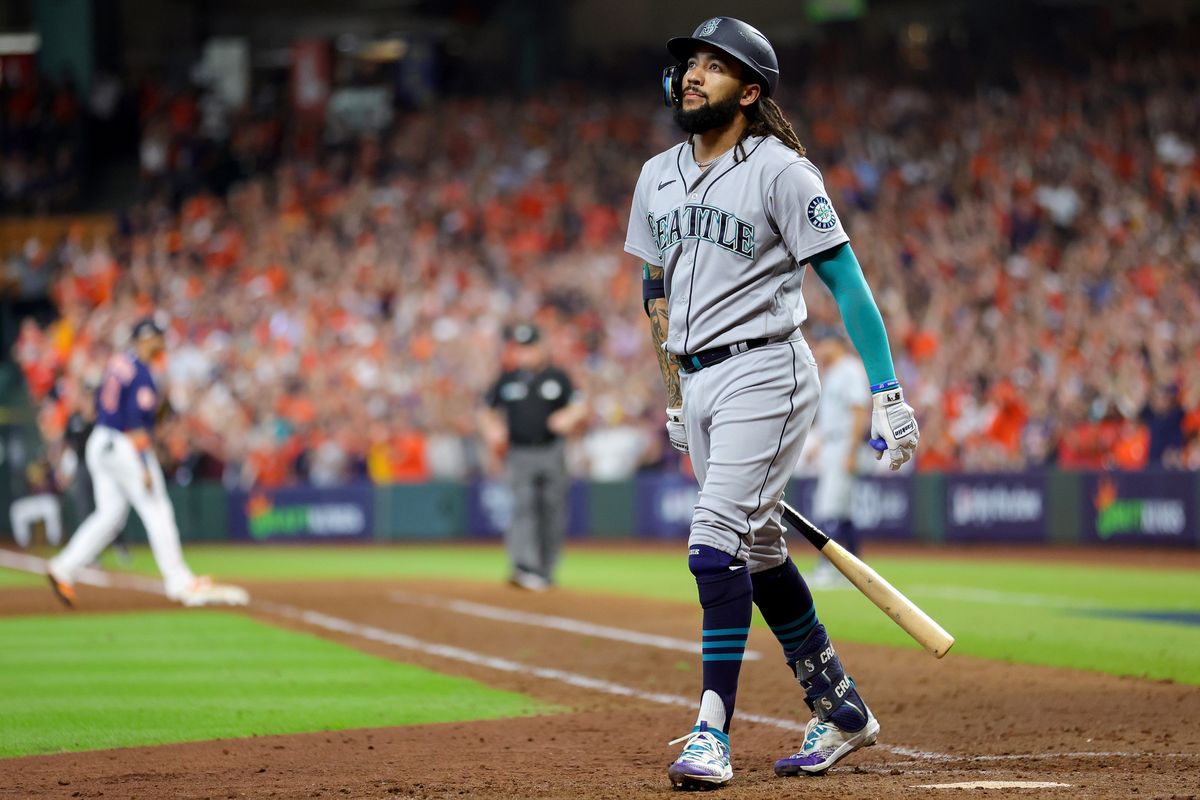 Maybe the past 20 years were actually good for the health of M’s fans. Certainly, less stressful. And less of a need for massive quantities of adult beverages.

Yordan Alvarez has treated the M’s like Godzilla treated Tokyo in those awful 1950s’ flicks, hasn’t he? He’s stomped all over their World Series dreams. And caused a fandom without much in the way of perspective to melt down concerning the way Seattle has pitched to him.

Heck, folks, Luis Castillo threw a high-90s’ fastball a few inches off the plate and all Alvarez did was flick his wrists and lift a home run into the left-field seats yesterday. Next time up, the M’s walked him and Alec Bregman beat them with an RBI single to right.

It’s almost as if the Astros have been here before. And the Mariners haven’t.

Alvarez certainly has. He was the MVP of the American League Championship series last season, when he destroyed Boston. Stomped on the Sox to the tune of a .522 average, a 1.408 OPS, six RBIs in six games.

Huh? It’s as if baseball is a fickle game. In Alvarez’s first postseason of 2019, he hit .241 in three series. He had two good ones, sandwiched around going 1-for-22 against New York in the ALCS. So far, he’s destroyed the M’s. He has seven runs batted in, his highest total in a postseason series. And there has been just two games. He seems like an unstoppable force of nature.

Yet the Braves and the Yankees stopped him. Cold. The Nationals, Red Sox and Rays couldn’t. Neither, so far, have the Mariners. They have one more chance. Get it done Saturday and maybe they can do it again Sunday. That would be fine with us. How about you? 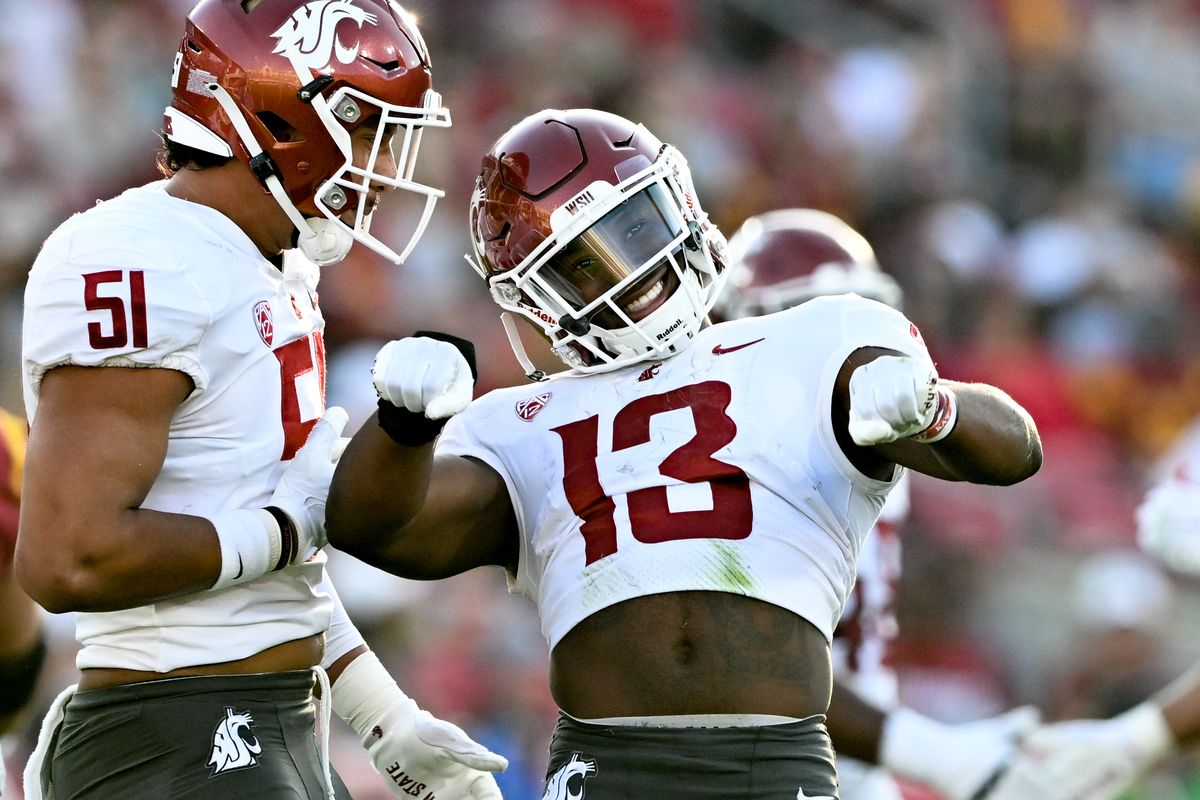 WSU: The Cougar defense needed Jordan Lee. That was obvious. If the safety hadn’t been injured against Wisconsin, maybe Washington State defeats Oregon at home in a game where the defensive backfield had its issues. Lee is back now and he talked with Colton Clark about how much he missed playing while injured. … Oregon State is looking to be more explosive in the running game. The Beavers had some issues in the kicking game last week. … Elsewhere in the Pac-12 and college football, Jon Wilner’s picks ran in the S-R today. … In the Mercury News, Wilner also has a look at the Big Ten seemingly slowing down in the expansion race and a preview of the weekend. … Washington is not about to forget what Arizona quarterback Jayden de Laura did last season after he led WSU to an Apple Cup win in Husky Stadium. … The Wildcats are halfway through their season. … Oregon is out recruiting. Working on third down. And still trying to decide on a punter. … If Colorado has an offensive strength, it is at running back. … USC will challenge Utah on both sides of the ball. The Trojans want to get after Cam Rising. … California believes it has found its next big-time running back. … UCLA is using the bye week to improve. … Arizona State, like all schools, has lost some players. That’s opened the door for others.

Gonzaga: This is BYU’s final season in the West Coast Conference. Next year, the Cougars are off to the Big 12. The conference’s basketball coaches, at least, will be sad to see them leave. Jim Meehan has more about the upcoming change in this story. 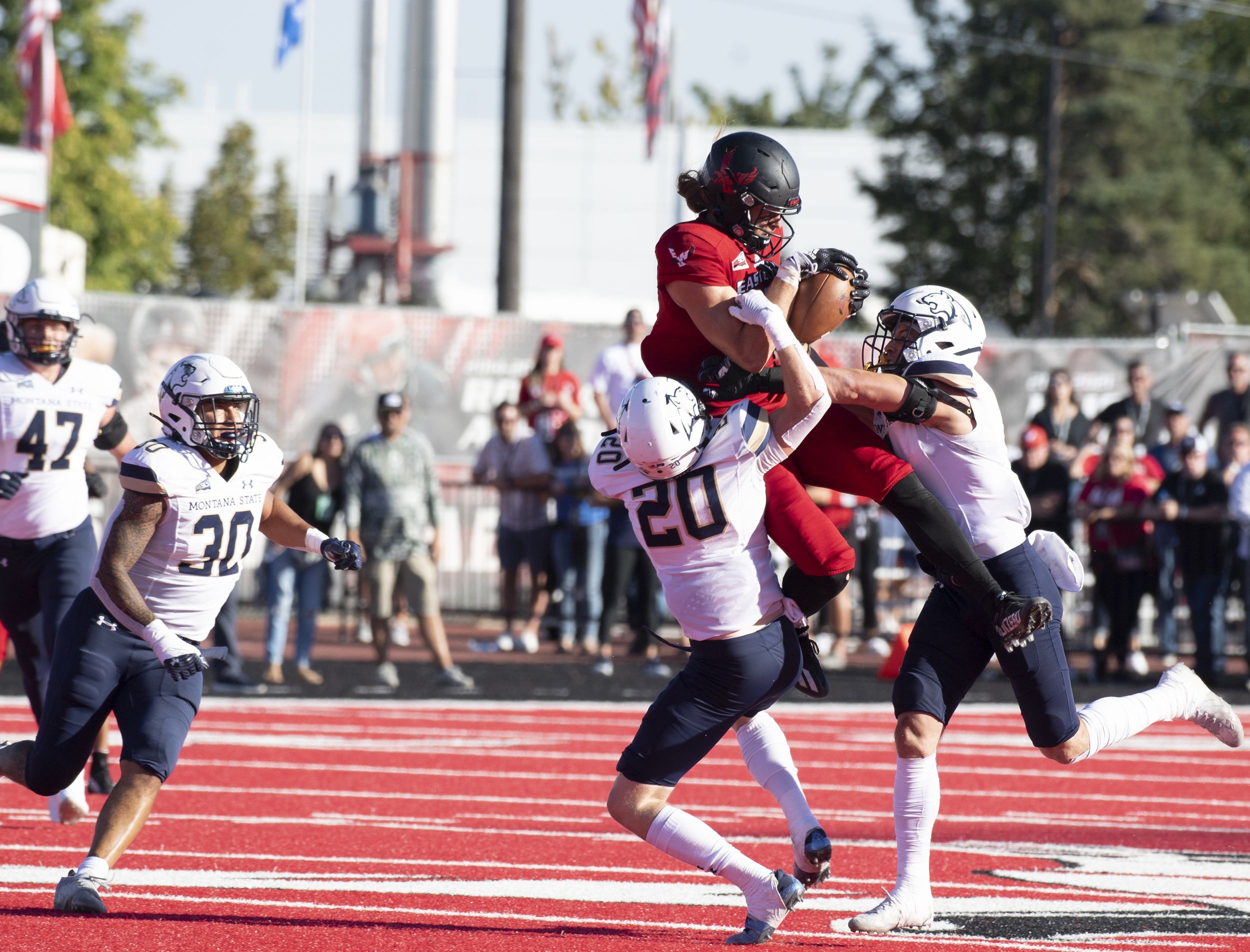 EWU: The Eagles recruit everywhere in the Northwest, including north of the border. Dan Thompson has a story on receiver Nolan Ulm, who trekked down from Kelowna to become an Eastern standout. … Dan also has a notebook covering what’s happening in the conference. … Sacramento State is expecting a shootout. … Elsewhere in the Big Sky, a real veteran leads Montana State. … Can Northern Colorado stay with the Bobcats? … Weber State’s offense is playing better. … It’s homecoming for Idaho State. Cal Poly is visiting.

Idaho: The Vandals are headed to Missoula this weekend. It will be a chance for the team to test itself against the Big Sky’s best. And for one defensive player to show what he has. Peter Harriman has more on captain Fa’Avae Fa’Avae. … Montana has solid depth at key positions. 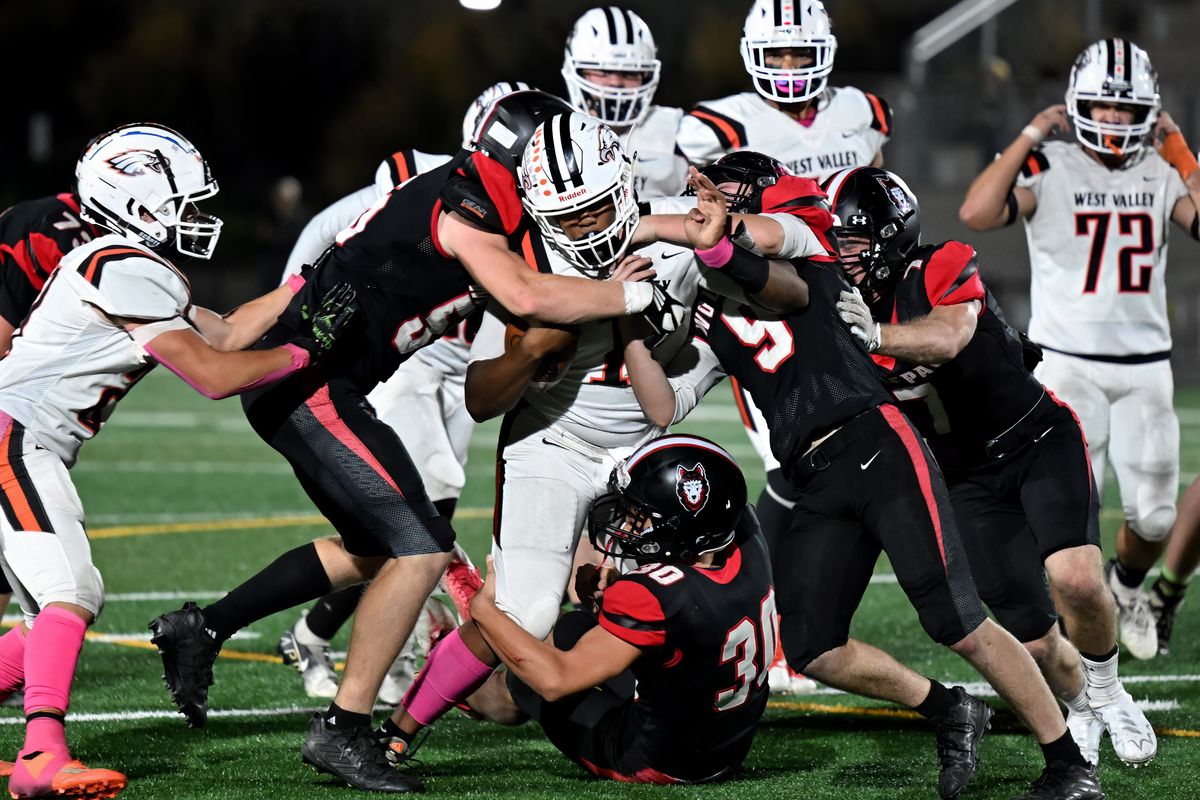 Preps: There was one football game in the area on Thursday night. Dave Nichols was at Union Stadium for West Valley’s victory over North Central in GSL 2A action. … Dave also has a roundup of Thursday’s other high school events.

Bloomsday: And boom goes the dynamite. Or something like that. The biggest road race in America faces a crisis of leadership as race director Jon Neill and two board members resign. Garrett Cabeza has this story that delves into a disagreement about direction and attitudes. 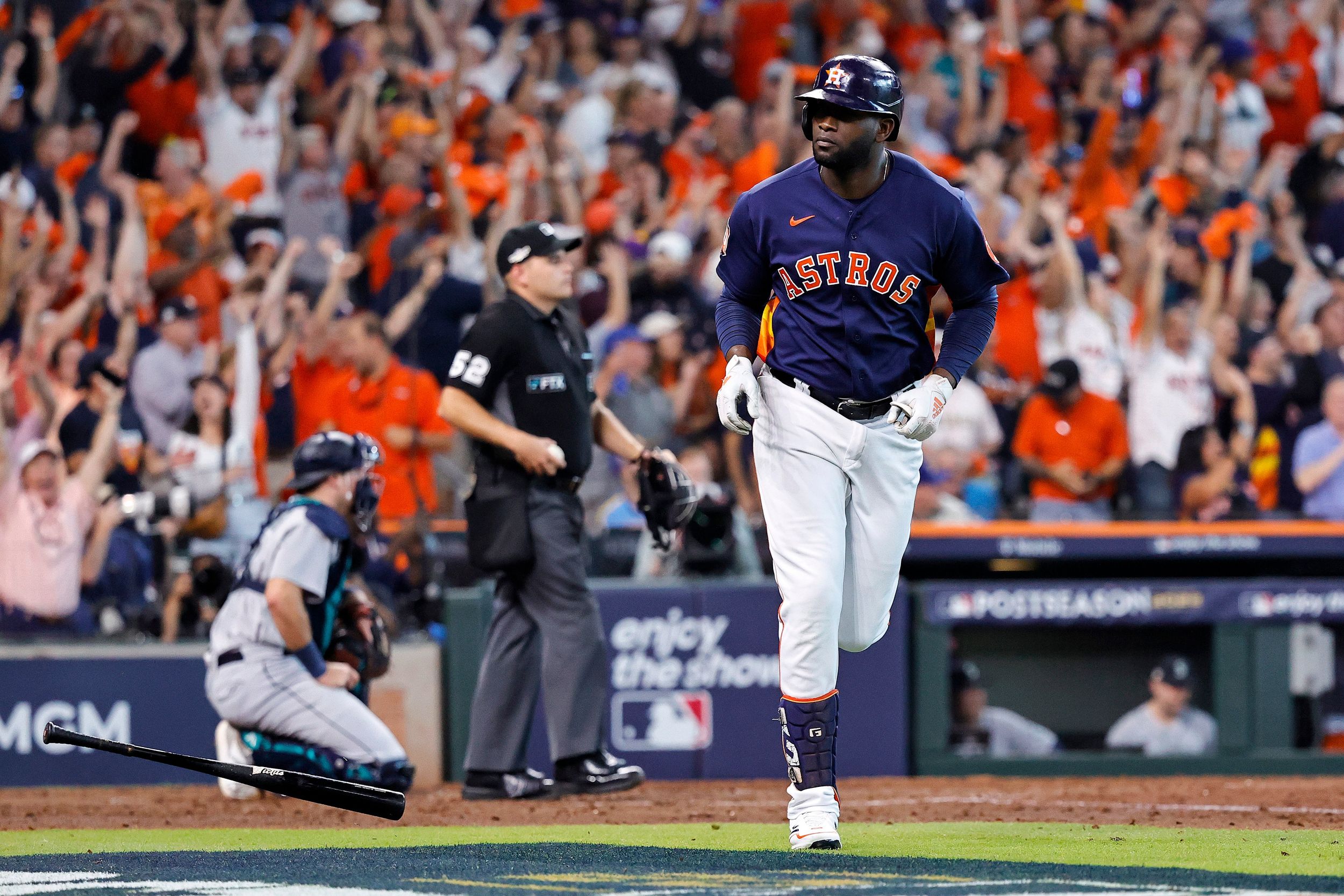 Mariners: Alvarez’s hot streak is reminiscent of Barry Bonds. Hopefully, he’s not following the Bonds’ model off the field. … The left-handed hitter is not just a story around here but nationally as well. … Karma? A blooper to centerfield that probably should have been caught turned Thursday’s game away from the M’s. … With the 4-2 defeat, Seattle has lost two games it could have won in Houston.

Seahawks: Bruce Irvin was just glad his phone rang. He was even happier it was the Hawks on the line. Now the veteran linebacker is happy to do whatever they need. … Shaun Alexander is headed for the Ring of Honor. How about the Hall of Fame? … Jason Myers is always focused on his next attempt.

Kraken: Seattle stayed in Southern California and headed up the freeway to play the Kings. The second game was better than the first, as the Kraken picked up a win. … The power play has been good.

Sounders: It is a good question. After a disappointing season, where does Seattle go from here?

• A quick heads-up. We won’t be here Monday morning. We have a procedure scheduled, one of those things you have to do every five or 10 years, depending on how the last one went. We are on the five-year plan. No worries though. We’ve been through it before. And we’ll get through it again. Until later …