The Labor Day concert that was canceled in Liberty Lake on Sept. 3 has been rescheduled for Tuesday, Sept. 6 in Pavillion Park.

A sea of lawn chairs filled Comstock Park on Monday night as several hundred people listened to the Spokane Symphony bid farewell to Summer 2022 during its free annual Labor Day concert on the South Hill.

As the sun dipped the temperature was noticeably cooler. 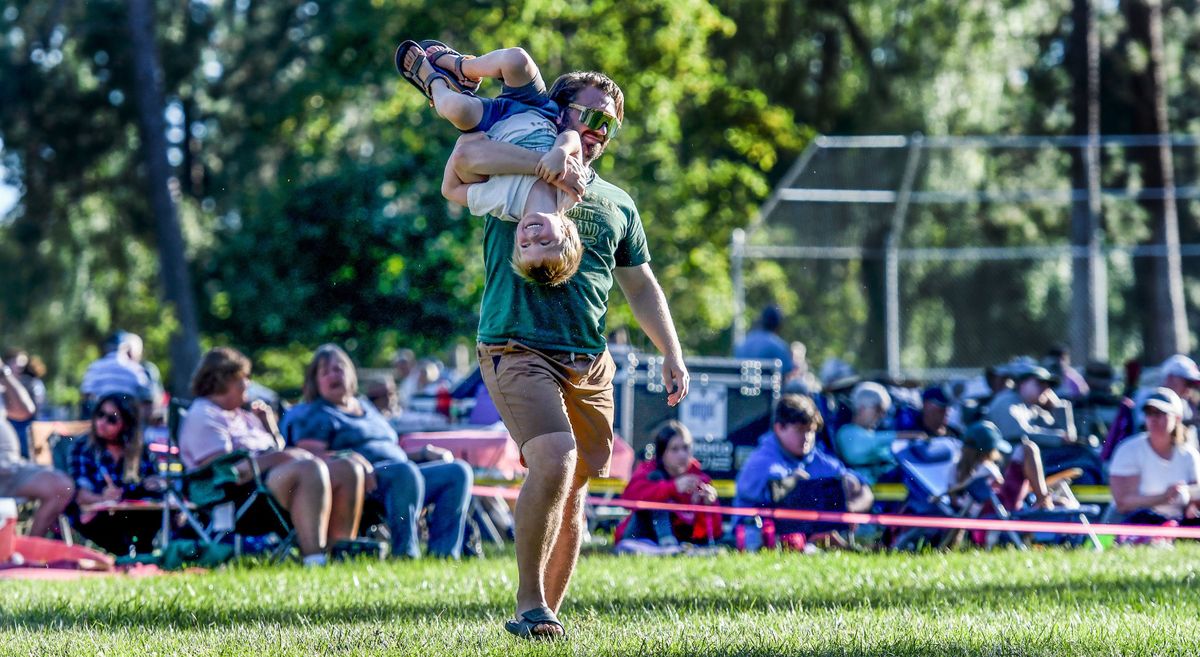 Sitting in the park with her brother Aaron Barber, Andi Chatburn said she spent most of this summer “just getting out into nature. There are so many forests and lakes around.”

The two siblings remarked on the orchestra’s performance of the “Firebird Suite.”

“I think they’re fantastic,” Chatburn said. “We were both in band in high school and we were both reminiscing about playing the “Firebird Suite.’ ”

Tanya and Kurt Workmaster said they remained in Spokane for most of the season. With COVID restrictions easing this year, they took opportunities to enjoy things in the city that they had missed in 2020-21. The two moved to Spokane from Helen, Georgia, in 2019.

The couple has enjoyed hanging around their neighborhood in the South Perry District and going to Spokane Indians baseball games this summer.

The Fourth of July game made a big impression on Kurt.

“Trailing by 2, ninth inning. He hit a three-run homer walkoff,” he said. “Then they had fireworks. It was a great night.”

Sammi Thompson said she didn’t make any big trips this year but took a new job working in a group home this summer.

“Since high school that’s been my goal,” she said.

She is also expecting a new niece, so she may make plans to visit family on the East Coast, she said.

Bob Omlan went on a hiking trip to the Hawaiian island of Lanai earlier this summer.

“It was perfect,” Omlan said of the weather there.

He and his wife, Monica Erickson, also traveled to Lake Chelan for several days and “cruised on boats” around Anacortes. The previous day they saw Dave Matthews Band at the Gorge.

“In my opinion, this has been one of the best summers in the last 10 years,” Omlan said.