A GRIP ON SPORTS • How many boxes will be checked this weekend? Just about every one. The NFL began last night and runs through Monday, the night of Russell Wilson’s return to Seattle. College football is in full swing, with a couple of really fun road games on tap for Inland Northwest schools. The U.S. Open tennis tournament crowns champions. Baseball’s pennant races gain steam. Heck, there is even hoop in the form of the WNBA title series, which begins Sunday.

• That’s enough, isn’t it? There aren’t enough hours to really enjoy them all – and get finished whatever it is you have on your to-do list. Time management will be of the essence. We can help in that regard. 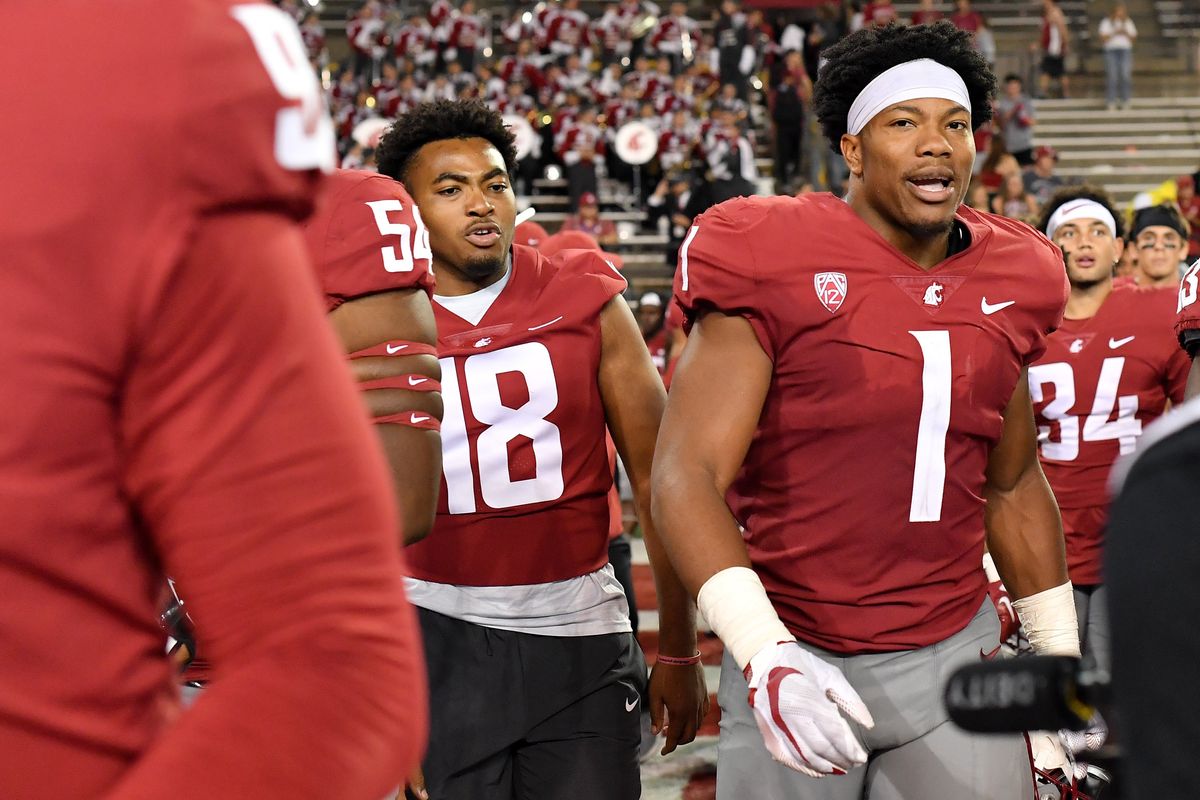 Here’s our priorities for our weekend sports viewing, starting with today:

– Make sure Apple+ is working. We need it for tonight’s Mariner game with Atlanta. The Braves are on a roll and the M’s are scuffling a bit. No matter. With both in their respective wild-card races, this is can’t miss TV. If we can just stop that darn spinning wheel to quit every time we flip over to Apple’s streaming service. At least the games Saturday and Sunday will be shown by Root.

– Spend some time Saturday morning trying to figure out why CBS is broadcasting Colorado’s game at Air Force. Maybe the network wants to embarrass the Pac-12. Or maybe it’s just part of its contract with the service academies it shows at least one nonconference win a year and this is the best bet.

– No matter. That game begins at 12:30 p.m., the same time the Cougars kick off at Wisconsin. That’s the can’t miss college football game of the day in this household. And not just because we earn a few bucks while watching. Even without that we would jump through hoops to watch the fourth quarter from Camp Randall. It’s two salt-of-the-earth programs facing off. A true college experience as well. Not a lot of flash, just old-time college football. We wouldn’t miss it. 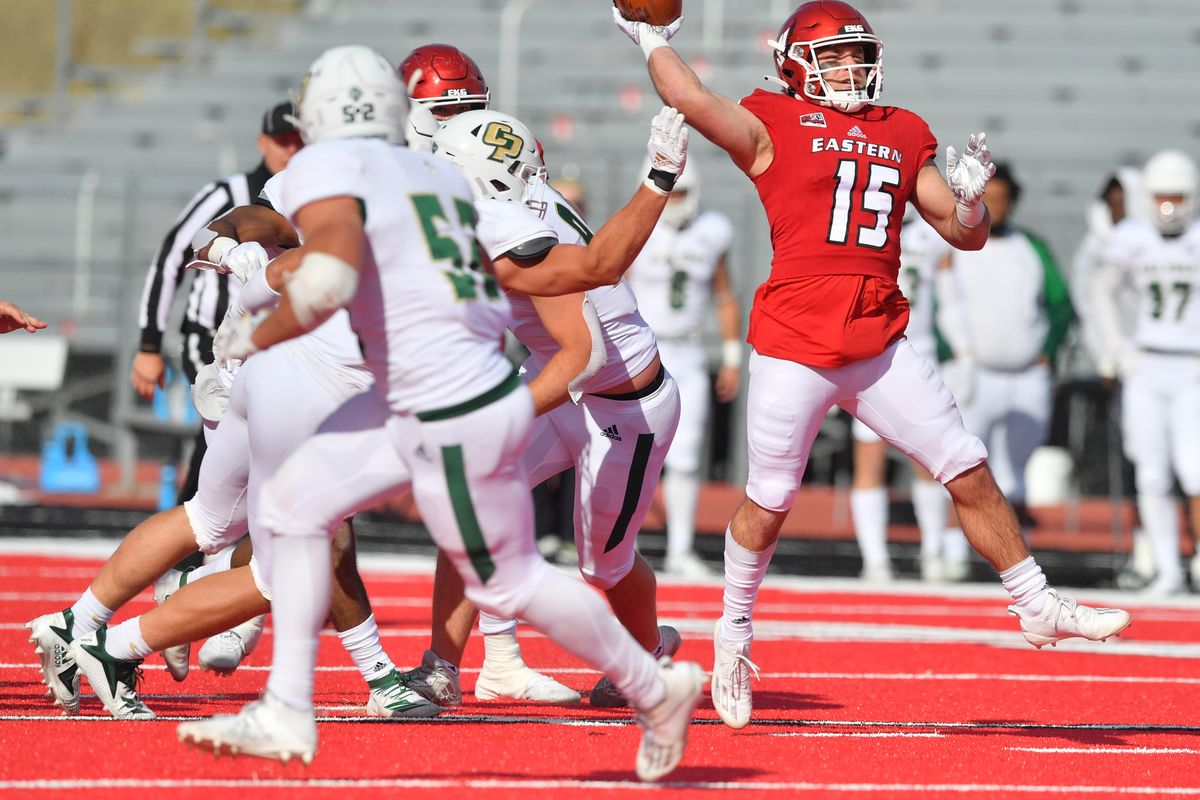 – The evening isn’t as simple. We want to watch USC and Stanford play (4:30 on ABC). Habit mostly. Also curiosity. Is USC any good? Is Stanford cruddy again? But we also want to watch Eastern Washington playing a Pac-12 school – the Eagles are at Oregon (5:30, Pac-12) – and Oregon State travel to Fresno State (7:30, CBS SportsNet). Oh, and Mike Leach’s Mississippi State team playing at Arizona (8, FS1). The remote will be busy.

– Sunday is simple. But complicated too. If Frances Tiafoe happens to win his U.S. Open semifinal (tonight on ESPN), then Sunday becomes the latter. After all, a U.S. male in the finals? What is this, the 1970s again? Hairlines and pant cuffs would beg to differ. Anyhow, if you want to watch the final, it starts at 1 p.m. on ESPN.

– The main events, however, are supplied by the NFL. It is a fall Sunday, after all. Even if the best game may be the 49ers – are they really the NFC West favorite? – at the Bears. Or maybe the Cowboys, America’s Team of Chokers, hosting Tom Brady’s Bucs. At least those games are on at different times. However, we all know what the best way to watch is. The RedZone Channel. Scott Hanson. Every score. The rare octobox sighting. It’s heaven.

• We have to wait until Monday to get the NFL game this area wants. The Broncos. The Seahawks. Russell. The 12s. Boo or not?

We will delve into this conundrum for Hawk fans a bit more Monday morning but we sure know where Pete Carroll stands now. He didn’t come right out and say it yesterday at his media availability but he wants Lumen Field to be loud. Boisterous. Disruptive. And he may just join in.

Could we actually see him be angry enough to throw a New Balance sneaker at the Broncos’ quarterback mid-third quarter? No, that’s not happening. But we’re sure the gum will be given a workout like never before. Bet the over on number of chews, no matter how high the number is. 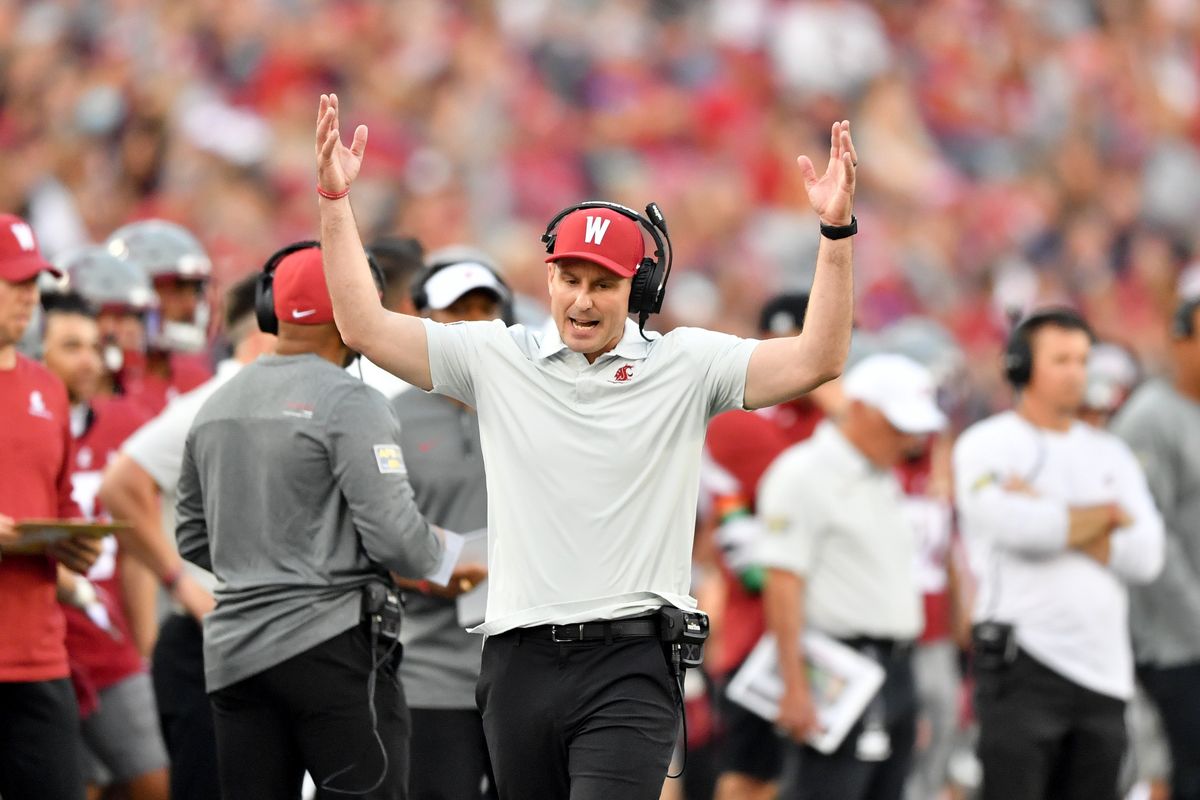 WSU: We have a friend who grew up in the Milwaukee suburbs. He’s almost 70. Lived in the West his entire adult life. And yet he still roots for Wisconsin’s teams, from the Packers to the Brewers to the Bucks to, yes, the Badgers. We thought of Steve as we read Colton Clark’s story on Jake Dickert’s return to Wisconsin this weekend. No matter how good Cougar Gold may be, Wisconsin folks always savor their cheesehead heritage. … Jacob Thorpe thinks Dickert challenges what Jacob terms the “Cougar Corollary” but we would posit, due to his normalcy after the Nick Rolovich debacle, Dickert confirms it. He’s different in a new way. … Nakia Watson is returning to Camp Randall as well. … Elsewhere in the Pac-12 and college football, the best games of the week, according to Jon Wilner in the Mercury News, are on the road, including WSU’s. (The other is Arizona State’s challenging battle at Oklahoma State.) … Wilner also takes another look at conference viability, taking into account the new variable of playoff expansion. … As we said above, we are looking forward to watching USC against Stanford. … Washington hosts Portland State and we may just find out who the real backup quarterback is. … Oregon played some newcomers a lot in the second half of last week’s loss. … The success of Oregon State’s defense has been built with a tough defensive line. … Arizona’s season-opening win excited its fanbase. It could sell out this week. … The game against Alabama State is historic for UCLA. … Utah wants the same thing from its receivers that every school wants. … Colorado has more experience this season than expected.

Gonzaga: The women will get a rematch with Louisville in the Bahamas this fall. Jim Allen has more on their newly announced first-round game in the Battle 4 Atlantis tournament. 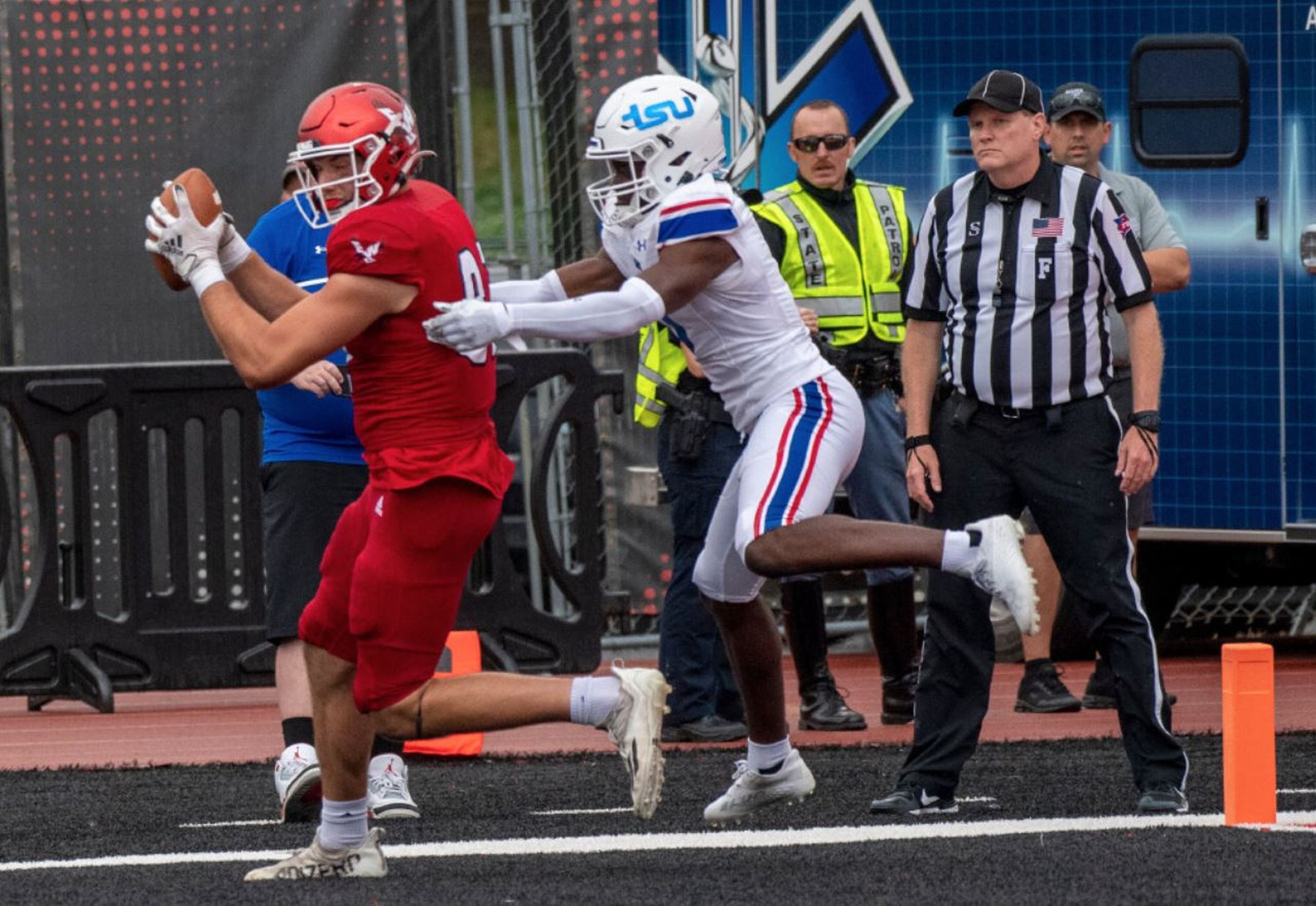 EWU: Efton Chism III is not only a great receiver, he’s also a great teammate. That’s the thrust of Dan Thompson’s story this morning. … Former Eastern star Kendrick Bourne is still settling into his role this season with New England. … Elsewhere in the Big Sky, UC Davis is aware how tough South Dakota State will be at home. … A few Idaho State players are going home this weekend. … Weber State’s game at Utah State features a battle of brothers. … Can Northern Colorado upset Wyoming? … Montana State will be a difficult task for Moorhead State. … South Dakota knows it will have trouble with Montana as well. … In basketball news, Northern Arizona welcomed Gary Bell Jr. to the staff. 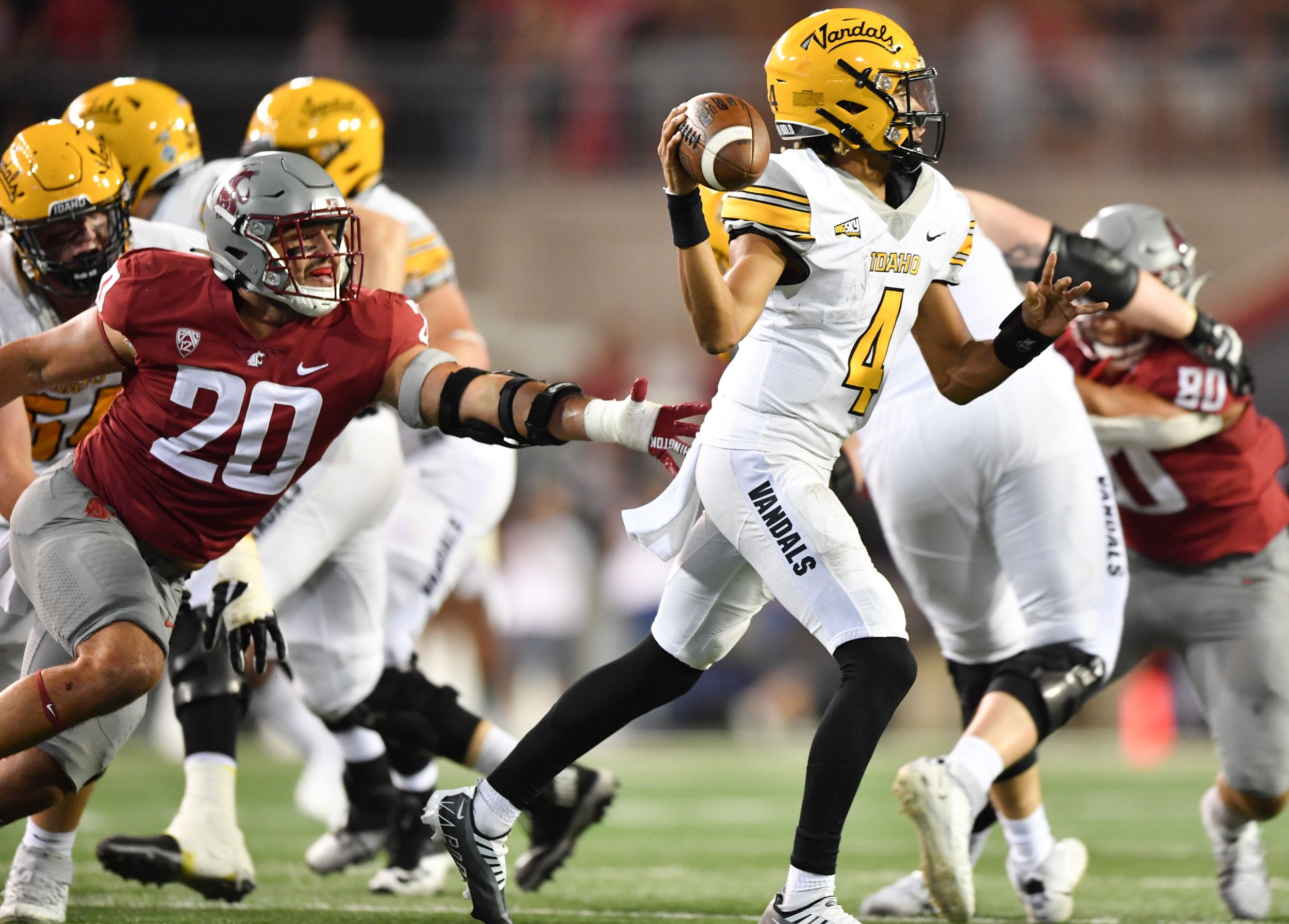 Idaho: Freshman quarterback Gevani McCoy had an outstanding debut against Washington State. That’s not be the usual start for Vandal freshmen quarterbacks over the years.

Whitworth: The Pirates need to clean up the mistakes they made in their season-opening loss. As Jason Shoot tells us, they host Eastern Oregon at 1 p.m. Saturday. 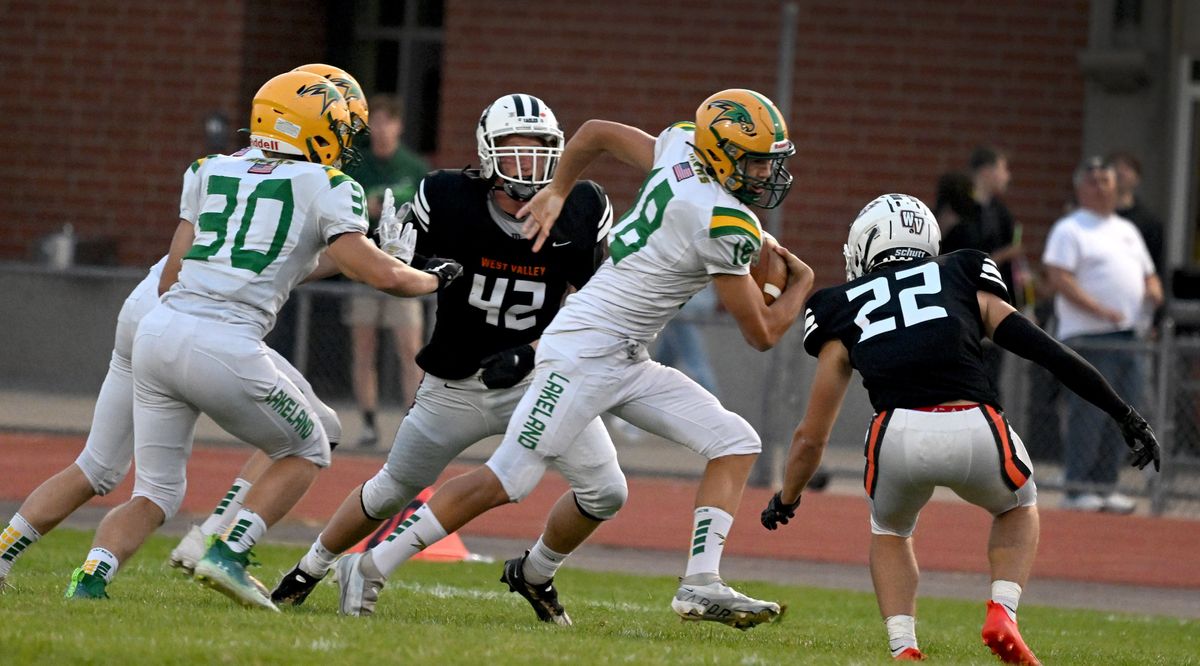 Preps: The high school football weekend began last night at West Valley, with Lakeland of Rathdrum’s 23-0 victory over the host Eagles. Dave Nichols was there and has this story. Colin Mulvany also has a photo gallery. … Dave covers the rest of Thursday’s events in this roundup. … Before we move on, don’t miss Dave’s take on the football section that was included in Thursday’s S-R.

Indians: The season is winding down on the road, with Spokane falling 4-2 last night in Tri-City.

Mariners: Former Gonzaga star Marco Gonzales is the M’s nominee for the Roberto Clemente Award. … Will Julio Rodriguez win the American League Rookie of the Year award? … Next year’s rule changes are supposed to be adopted today. We’re not sold on all of them. 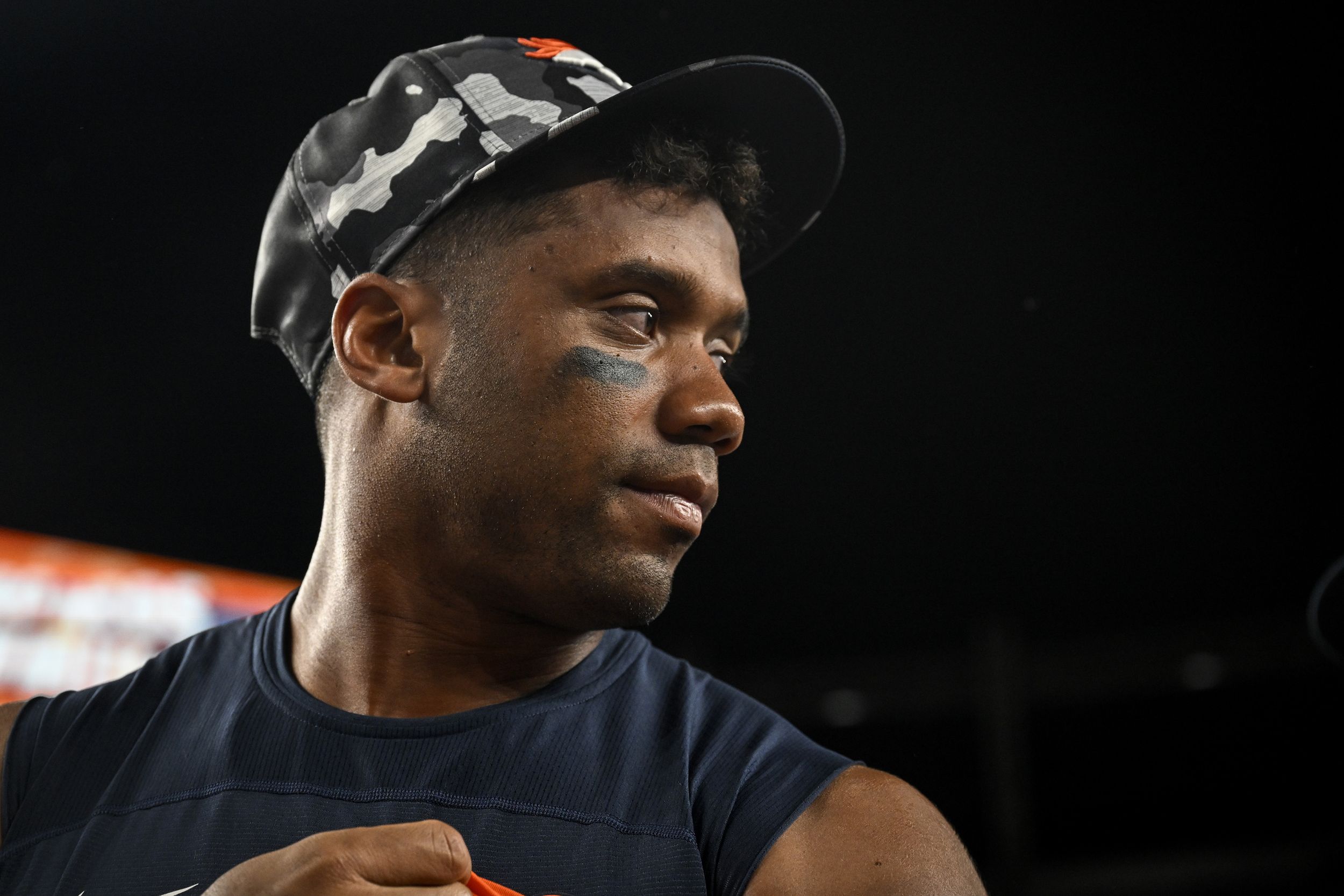 Seahawks: Wilson is anticipating a rowdy game Monday night. He said as much when he spoke with the Seattle media. But he also hopes the fans know how much he loved Seattle. … Matt Calkins believe they should boo him anyway. … Jordyn Brooks will try to run Wilson down. It’s not as tough as it used to be. … Jamal Adams will be playing, despite a cast on his arm. … DK Metcalf has a partner on his quest to be the best.

• An early warning. We will not be here Tuesday. We are headed out for a late-summer trip and want to get an early start that day. Though we will technically be “on vacation” the next few weeks, we will continue to delve into the local sports action in this space each morning. Except Tuesday. And maybe another here or there. Until later …