A GRIP ON SPORTS • The middle of the week always seems to be a good time to throw ourselves into the middle of a few discussions. Some weighty, some not so much.

• When trying to determine which Pac-12 football team will win any given game, we always have to consider many different elements. Running games. Coaching. Home-field advantage. Officiating.

Ya, that last one is important. Especially when Washington State is involved. Or maybe that’s just because we watch Cougar games a little more intently. 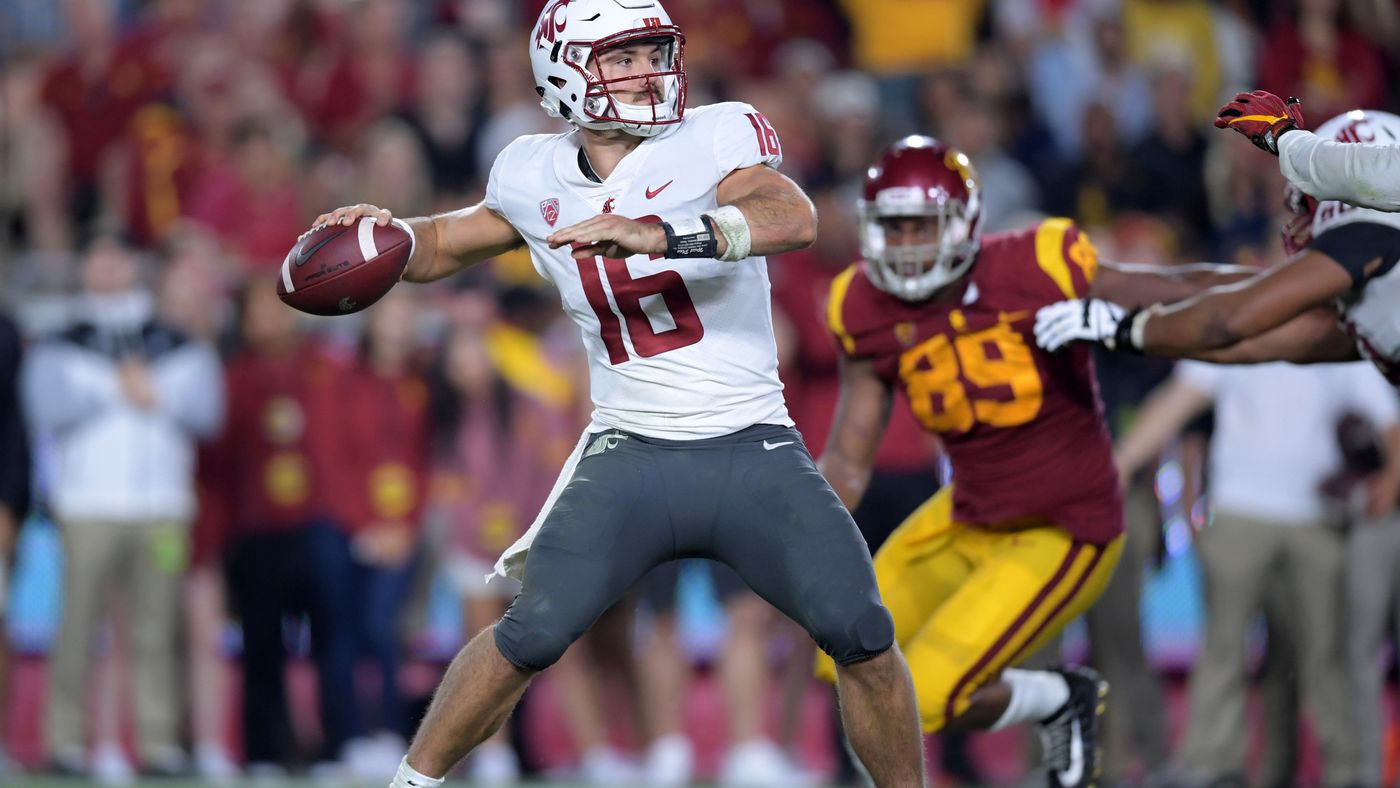 The Cougars are involved in a key game this week. Oregon is coming for a visit. The Ducks are ranked 15th. WSU is undefeated. Fox will be in Pullman. A big deal.

Which brings us to a couple of big games involving the Cougars in the recent past decided, in large part, by a missed call. We refer, specifically, to the 2014 38-31 loss to Oregon in Pullman, a game marred by an obviously missed pass interference call that submarined Washington State’s late rally.

Then there was the 39-36 loss at USC in 2018, the game marked by a couple missed targeting calls that led to a change in the conference’s hierarchy.

Trying to anticipate such things is impossible, except to understand they will occur. And odds say they will go against the Cougars.

• Usually the best teams in the Big Sky Conference enter conference play with a win or two against FBS competition. Rarely do the circumstances that confront Montana State and Eastern Washington this season crop up. Both teams enter their early season showdown this Saturday with a huge loss on their resume.

For the Eagles, that came in Eugene a couple weekends ago. For the Bobcats, it was last week in Portland against Oregon State (fixed from earlier). The final scores were 70-14 and 68-28, respectively.

That’s not usual. And gives Saturday’s game a different feel.

We’re sure of one thing. It won’t be a rout for either team. After all, it isn’t being played in Oregon.

• Maury Wills was a Spokane Indian. And a Los Angeles Dodger. 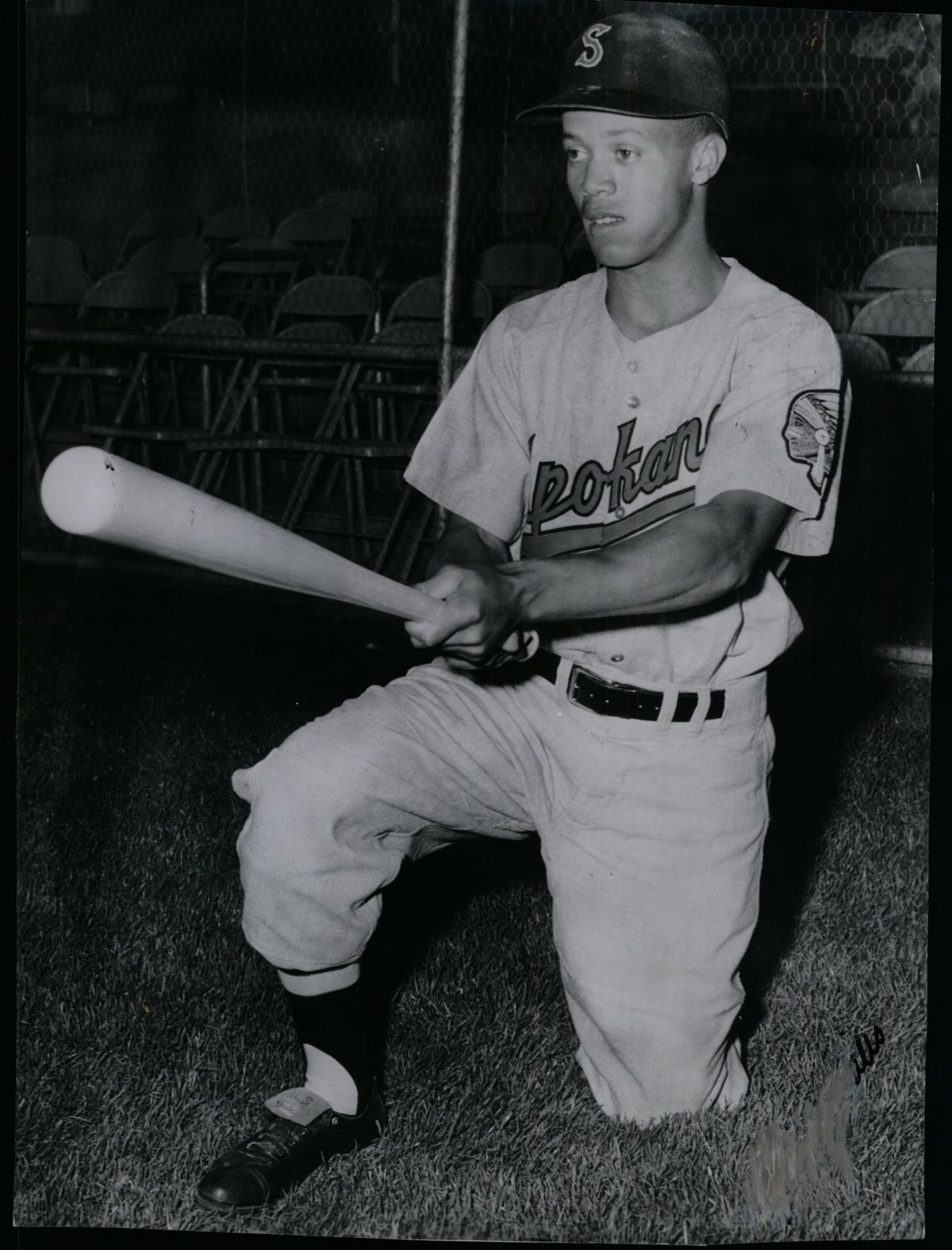 He was the Dodgers’ shortstop and leadoff hitter when we first became a baseball fan. The Dodgers were the home team so we, more than likely, spent some time imitating Wills’ batting style. But his career highlights, like running past Ty Cobbs’ stolen base record, came long before we were a baseball savant. Or even sentient at all concerning the game.

Those folks who saw him play in Spokane, however, never forgot him. He was honing his game, one that would revolutionize major league baseball for a few decades, at Indians Stadium. And, after he became a star, stealing Los Angeles’ heart in the process, his family lived in the Valley, keeping the Spokane connection alive for a generation enjoying the early buffets these days.

Wills didn’t just fade away, either. For years he showed up at spring training, teaching the next generation of Dodgers how to bunt and how to run the bases. But time rolls on and he’s disappeared to some degree. And now he’s gone. But the memories live on.

• The Mariners aren’t finishing the season on a high note, are they? The offense isn’t sparkling. The pitching is more up and down than it has been most of the season. The defense has lapses.

Will they hang on? Sure. Others are having problems too. And that is the ultimate goal this season, right? Make the postseason. Break the curse. Learn what the playoffs are like.

Winning it all? If it happens, we’ll smile. But this season the focus has to be on the drought. Then worry about the first series. If there is more after, great. If not, well, there is always next year. 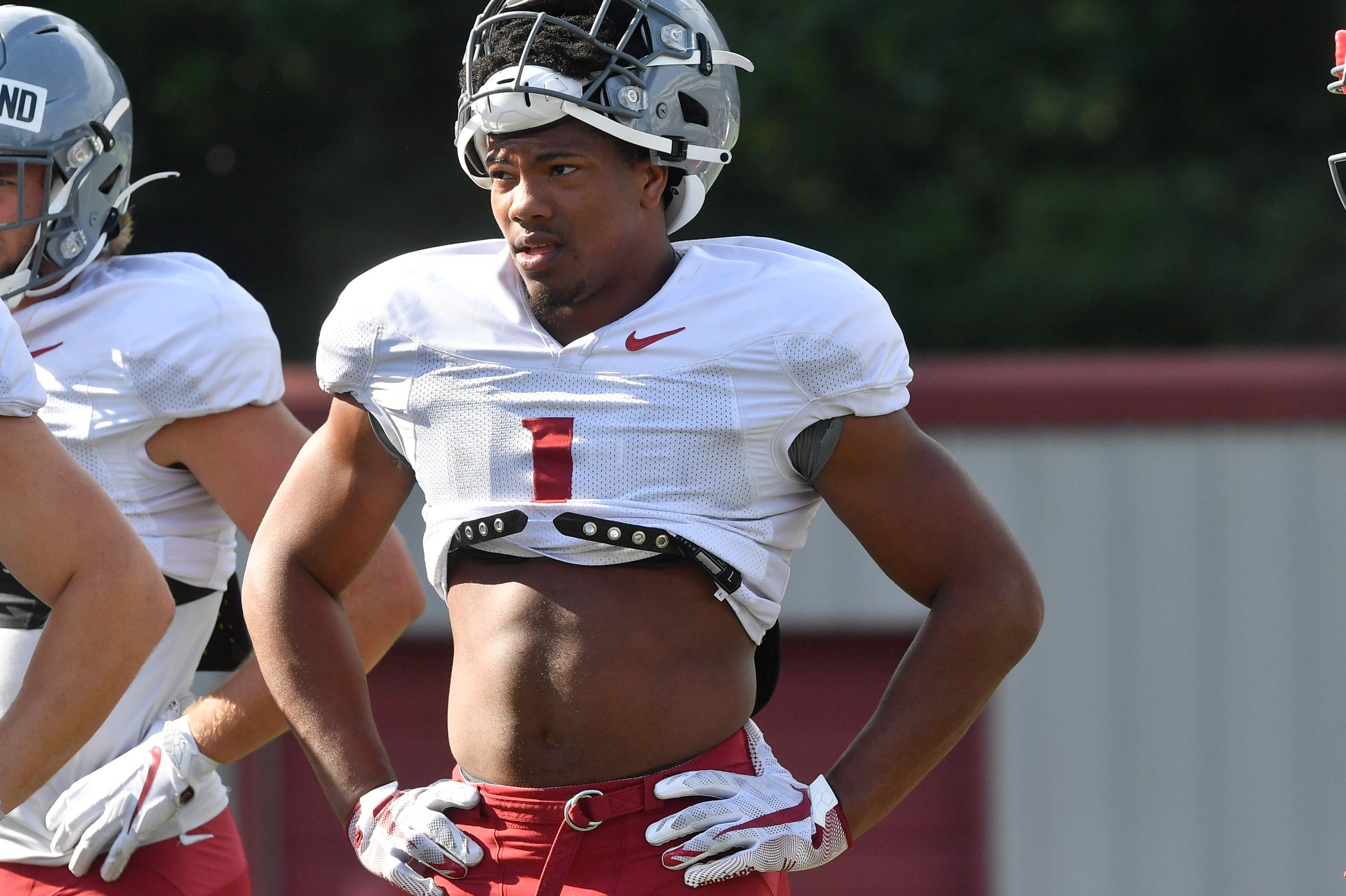 WSU: The transfer portal brought Daiyan Henley to Pullman this season. It’s turned out to be a key element of the Cougars’ defensive success. Colton Clark has this story on Henley. And more. … The volleyball team enters Pac-12 play today against Washington. They do it without some key players. Jim Meehan has more in this notebook. … This aspect of the Oregon game is where we believe the outcome will be decided. … Elsewhere in the Pac-12 and college football, Jon Wilner’s power rankings are in the S-R this morning. … He also has another explanation on the TV schedule and the most important piece, a summary of his interview with George Kliavkoff. … That interview is also referenced by Stewart Mandel. … Washington is having a great season. The numbers are great. In more than one way. … Stanford will be missing a running back this week. … There is always outside noise when you play USC. Oregon State is well aware of that. The Trojans’ roster may be changing. … Doesn’t matter that UCLA is the opponent. Colorado will stay aggressive. … Utah has started slowly on offense. But don’t blame the Ute wide receivers. … The suggestions for Arizona State’s next head coach run the gamut. And fills up a notebook. But there is only one choice according to one writer. … Arizona gets ready to hit the road. … In basketball news, Oregon State has filled out its schedule. … UCLA is going to be more athletic.

Gonzaga: Bet this moves your excitement needle about a millimeter. Or less. Chicago State will be on Gonzaga’s nonconference schedule. Theo Lawson has more in this story.

EWU: Dan Thompson previews the game with Montana State and what it means for each school. … Elsewhere in the Big Sky, Northern Colorado is coming off a win for the first time this season. … Second-ranked Montana expects to be even better in conference play. … Weber State is ranked 12th.

Preps: Dave Nichols has a roundup of Tuesday’s action around the area.

Seahawks: And so it begins. Kam Chancellor is up for the Pro Football Hall of Fame. … You have questions? There are answers. … Geno Smith is following in Russell Wilson’s footsteps in one way. 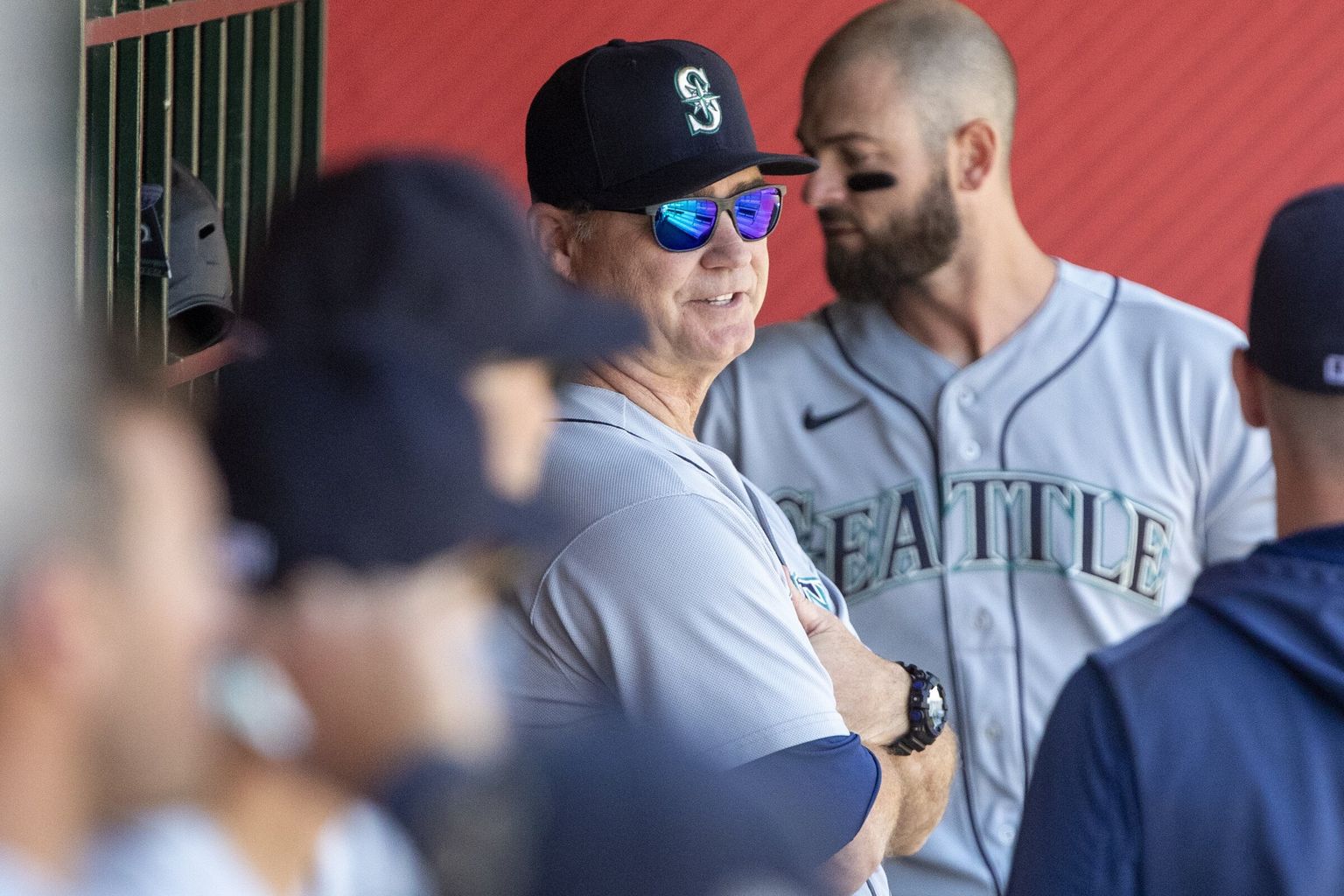 Mariners: The M’s had one hit against the woeful Oakland A’s last night. One. Yes, Luis Castillo melted down a bit in the fifth. But they had one hit. Against Oakland. … Canada is changing its COVID-19 rules. Which means Robbie Ray would be able to travel to Toronto. … Scott Servais has done a fine job this season. But manager of the year? We’re not sure. … We wrote about Carlos Santana yesterday. We have more here.

Sounders: Garth Lagerway won an international award. Too bad he didn’t make any moves in the summer transfer window. Then he might have won a universe-based award.

Kraken: It is time for one player to emerge from a shadow.

• We never understood what our dad was going through when he was the age we are now. About once a week we would talk and he would mention another person he admired as a youth had just died. And every time it hit him hard. We didn’t get it then. We do now. Until later …