A GRIP ON SPORTS • We made an error yesterday. A small one to be sure, but an error nonetheless. We felt awful about it. Fixed it as soon as it was brought to our attention. And then watched Jesse Winker play left field. We didn’t feel so bad after that.

• Bad for the M’s and their followers, sure. But making a location error in a column is nothing like the location error Scott Servais keeps making in running Winker out to left field. 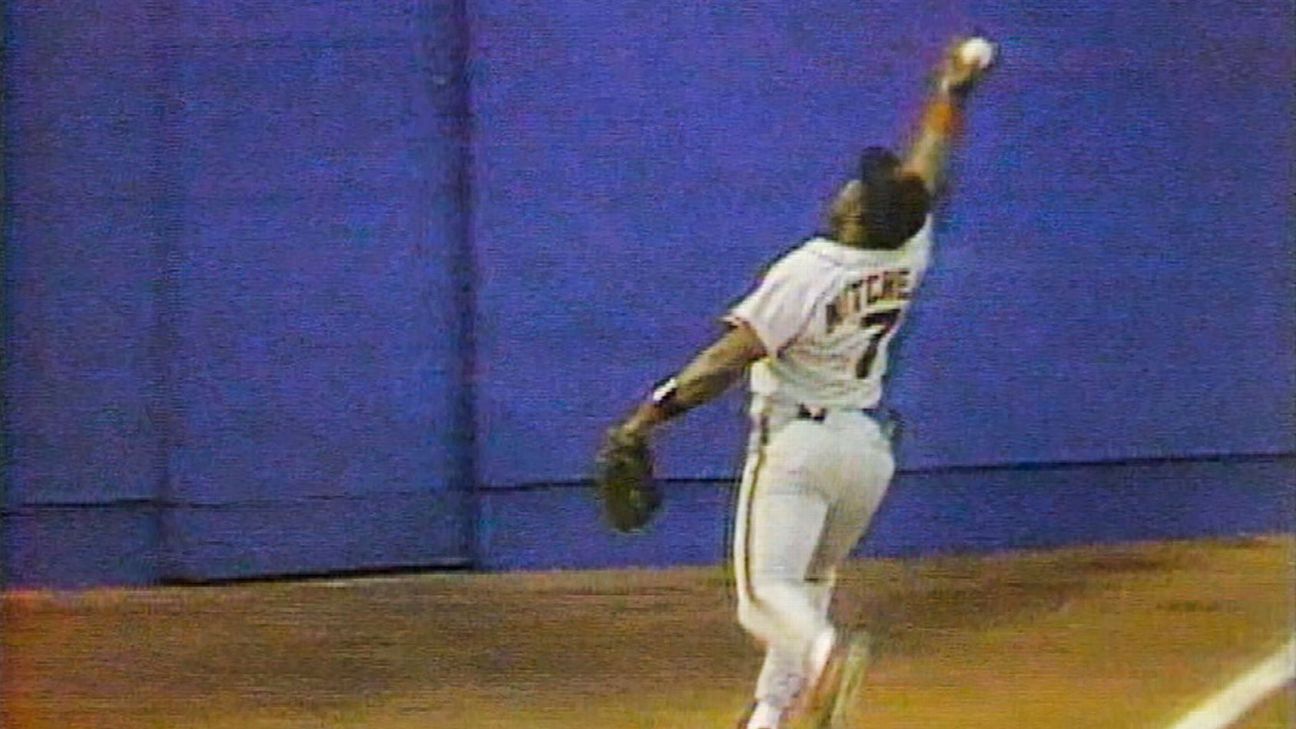 Certainly, we’ve seen worse left fielders in our time watching the M’s play. Kevin Mitchell might have made one highlight-level play while with San Francisco but he played left field in Seattle like a bull with arthritis. Raul Ibanez was always a professional hitter but he was just good enough in the outfield to end up playing a lot of first base. And there have been a lot of guys over the past 40-plus years who were so bad we can’t even remember their names – wasn’t there a guy named Barry Bonnell out there some time? – which does not bode well for the history of the position.

But few if any players the Mariners have run out to left field have ever been as disappointing as Winker. Which has to do with expectations, sure, but doesn’t everything?

The M’s expected more from Winker when they acquired him (and Eugenio Suarez) from the Reds before the season began. That expectation was about his hitting – he hit better than .300 last year and his OPS was .949 – in large part. That’s to be expected anytime there is a trade. He hasn’t reached those expectations at all. It happens.

But the way Winker plays left field – think Bambi on ice, with a little bit of Nathan Peterman’s throwing accuracy tossed in – has been an education in how poorly the position can be played. 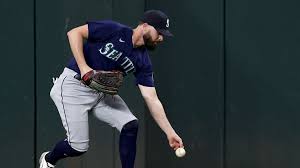 Winker’s inadequacies in left field have shown up all season. They have cost the M’s in the past. But never more than last night in Oakland.

A scoreless game. A ball sliced into the left-field corner. Winker let it get through him, even though it was on his glove side. After fumbling  with it, he finally grabbed the ball and threw wildly toward, well, sort of toward the double cut set up down the left-field line. Jordan Diaz, not the fleetest of A’s, scored from first – he nearly stopped rounding third – and Oakland was en route to a two-run inning in what turned out to be a 2-1 loss.

But even Emanski’s ubiquitous fielding videos probably would not help Winker. He doesn’t seem all that interested in getting better.

After misplaying a ball that ended up leading to another inexplicable loss, Winker spoke with The Athletic’s Corey Brock about his fielding troubles on the play. And said, “It just took a weird hop and I missed it. It happens. Unfortunately, stuff like this has happened to me before. I don’t know if it’s a cliché answer, but it’s baseball, as weird as it is.”

Uh, no. It’s not just baseball.

We thought Winker’s troubles early in the season – he had issues with the odd caroms the ball takes in T-Mobile’s left-field corner – were just a lack of familiarity. But they haven’t gone away. Wouldn’t practice lead to an understanding? Then we realized those issues are not confined to Seattle’s friendly confines. They are unique to Winker. And they aren’t getting better.

What do the M’s do? If Winker was hitting like he can, they would have to keep running him out there. But he isn’t. They called up Jarred Kelenic yesterday, with an eye on, we presume, giving him another shot. Left field? Possibly.

Will he better? Heck, even 68-year-old Barry Bonnell might be. 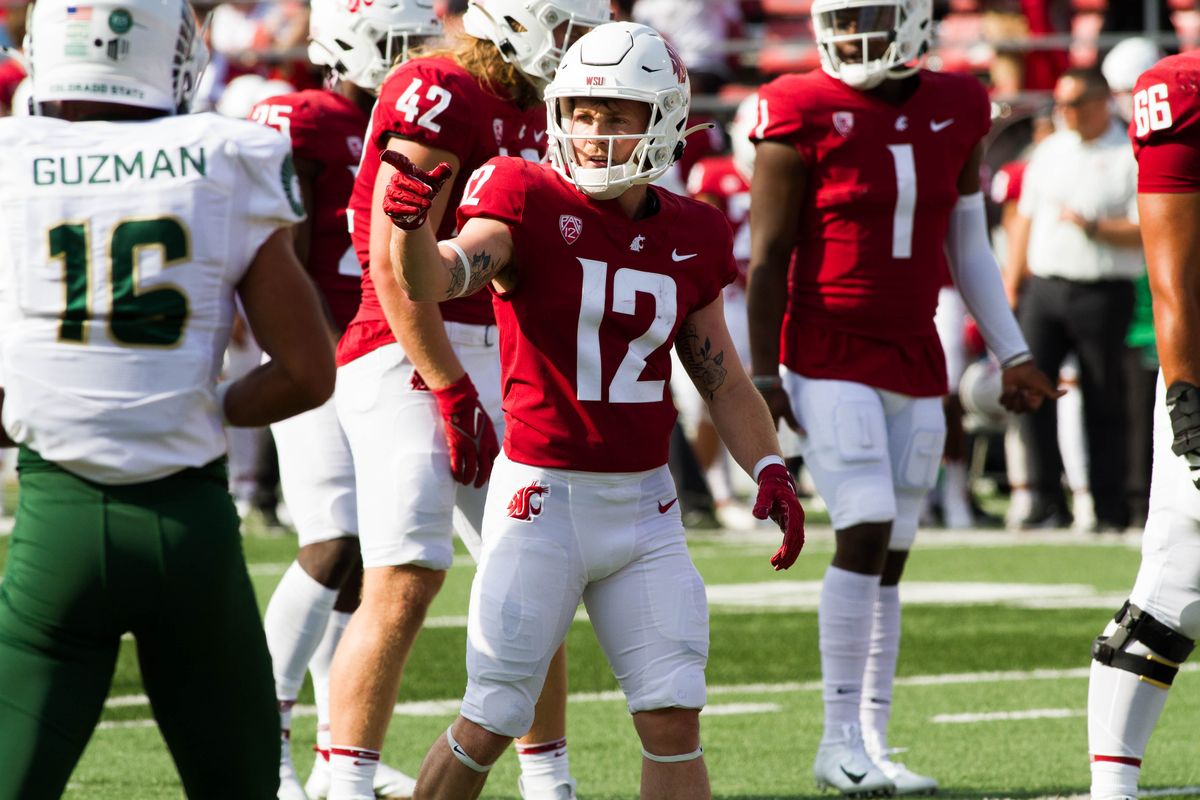 WSU: The Cougars will be a bit shorthanded when they host Oregon on Saturday. But, as Colton Clark tells us, an injury to one receiver has opened the door for another, in this case transfer Robert Ferrel. … The Ducks know they will have to control Washington State’s pass rush to have any chance in Pullman. It was raining in Eugene during practice Wednesday. … The volleyball team was swept by Washington. … Elsewhere in the Pac-12 and college football, conference commissioner George Kliavkoff feels UCLA would be better off financially if it stays in the Pac-12. Jon Wilner doesn’t believe it’s true but there are too many variables still to be sure. … Wilner has that story in the Mercury News as well as his weekly picks – the Cougs will cover – and his ranking of West Coast teams. … Winning the “Northwest Championship” this year will actually mean something. Washington is in the running and probably should be in future years. … Stanford has a new look on offense. It seems to be helping the running game. … USC’s Caleb Williams offers a challenge to the Oregon State defense, one that reminds the Beavers of a former UO quarterback. … The Trojan defense hasn’t been all that challenging. … We have memories of memorable Oregon State upsets of USC in Corvallis. So do others, as John Canzano passes along. … Colorado has no answers yet on the most important of questions. Will they find it against UCLA? … Utah is on the road this week, at Arizona State, hoping to get off to a faster start. … There was one key offsides call in the Notre Dame loss that California coach Justin Wilcox still can’t explain. … We can explain how Arizona has been better. … In basketball news, a former UCLA player, Jalen Hill, is dead at 22. … An Arizona freshman may not be able to play this season.

Gonzaga: The Zags are trying to plug holes in their schedule. Theo Lawson tells us they are using Chicago State to fill the one between the end of the regular season and the WCC tourney. 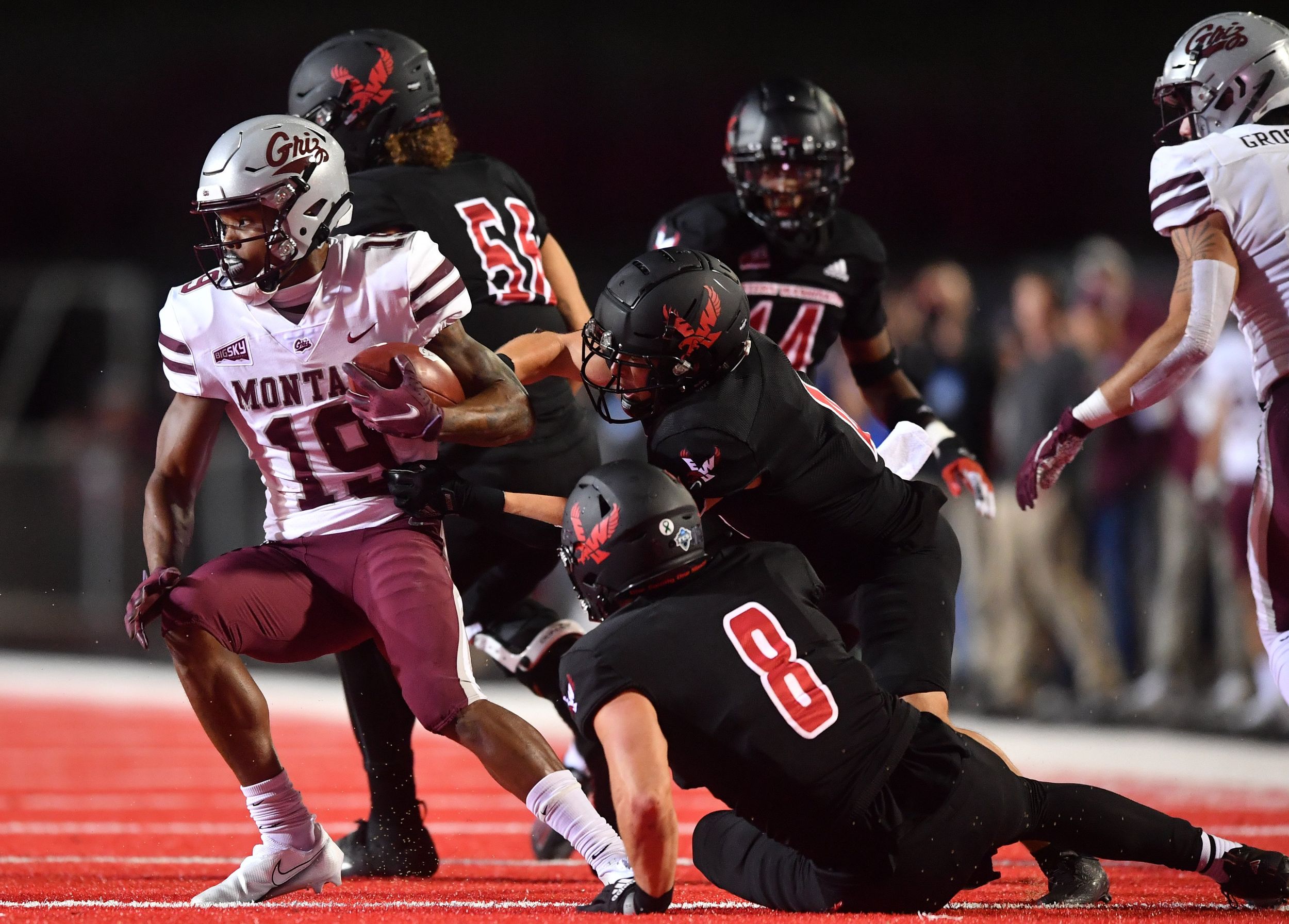 EWU: It’s Thursday (isn’t it?), which means Dan Thompson has a Big Sky notebook. He looks at how Montana has improved offensively this season. … Eastern’s odd nonconference schedule comes to the fore this week. … Elsewhere in the Big Sky, Portland State will try to slow the Griz offense. … Northern Colorado welcomes Idaho State to Greeley. … UC Davis’ conference schedule is front-loaded.

Idaho: The nature of the win over visiting Drake gives Vandal fans hope heading into this week’s matchup with Northern Arizona. 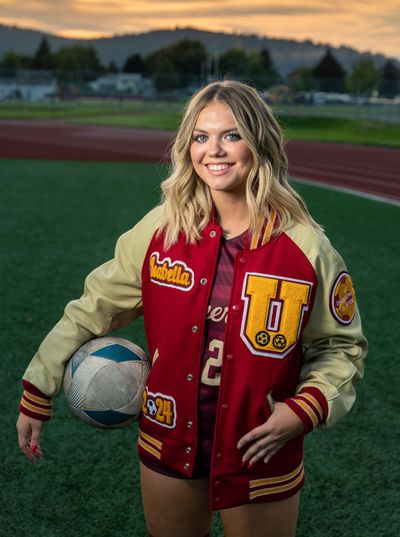 Preps: High school athletes can improve by leaps and bounds over the course of an offseason. Put in the work, and results almost always follow. Dave Nichols shares with us the story of one-such athlete, University soccer player Isabella Longo. … Dave also has a preview of this weekend’s GSL football schedule. … And then there is his roundup of Wednesday’s action. … Lake City High point guard Kolton Mitchell has committed to Idaho State.

Seahawks: The Hawks still have trouble getting off the field. … The first half against the 49ers was a “horror show.” … The offensive line hasn’t blocked well yet and now there are injuries. … Jamal Adams has gone through another surgery. … DK Metcalf is hoping the Hawks open up the offense.

Mariners: The 2-1 loss was not just on Winker, sure, but he didn’t help. … We’ll delve into this at some point but we agree with Matt Calkins’ point.

Storm: Breanna Stewart and Jewell Loyd will be members of the USA’s FIBA World Cup team.

Kraken: This could be a big week for Seattle’s prospects.

• Our error? We forgot Oregon State and Montana State played in Portland last weekend. Listed it as Corvallis. Got an email about it, something we always appreciate. Got to it quicker than Winker did to Vimael Machin’s line drive, that’s for sure. Maybe we’ll make the postseason this season. Until later …