A GRIP ON SPORTS • It’s Saturday morning. You want to watch college football. Check out the Cougar flag on GameDay. Pack up for the trip to Cheney. Make sure there are enough barbecue chips to get you through the #Pac12AfterDark games. We get it. We’ll be quick so you can enjoy whatever it is you have planned – including a hike in the Dishman Hills, if that’s your druthers.

• There is great football available to Inland Northwest residents this cool, crisp Saturday afternoon. Though, actually, the Cougar game against Oregon is already sold out and we’re pretty sure Eastern Washington’s usual fan base will pack Roos Field as well.

No matter. They are both being televised in the Spokane market, with Fox carrying the WSU contest – we’ll be watching from our road trip headquarters motel – and SWX covering EWU’s Big Sky opener with Montana State.

Heck, if you happened to have already packed the RV and made the annual snowbird trek to Arizona, head up to Flagstaff and catch the Vandals’ conference matchup with Northern Arizona. There will be seats. After all, they call it the Walkup Skydome for a reason.

It what’s Saturdays are made for this time of year.

• This Saturday we’re not sure the Mariners are going to make the postseason. It’s hard to comprehend, but through a combination of injuries and poor play, the M’s look to be playing themselves out of a playoff spot that seemed a lock just a week ago. 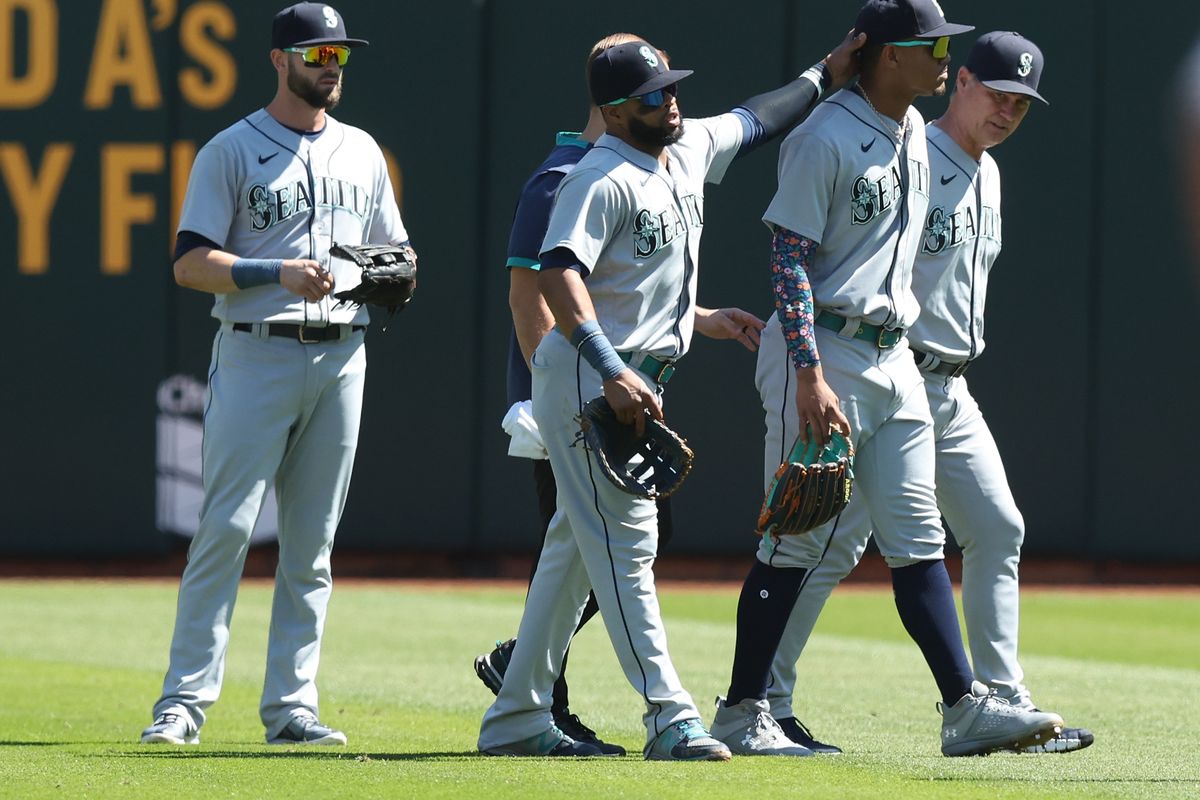 Their 10-game road trip, which was supposed to be a triumphant parade to the playoffs for the first time in two decades, has turned into a disaster. Eugenio Suarez breaks his finger. Someone stepped on a crack around Julio Rodriguez and his back is (figuratively) broken. Both are on the injured list. The offense has become nearly non-existent. The pitching is cracking under the extra pressure. The M’s are 2-6 on the trip.

Yes, the hands are around the neck and starting to squeeze tighter.

It doesn’t help that the Orioles, who happen to be the lone team with a chance of catching Seattle, is playing well. Hitting their stride. Winning. They are within three games of the M’s and closing. There are 12 games remaining.

Our advice? Forget about baseball today. Focus on Washington or Oregon State or Notre Dame if you must. Then watch the RedZone all day Sunday. Don’t look. Wake up Monday and check the standings. At least, that way, if they are tighter, you didn’t let the M’s ruin your weekend. And if not, you can exhale a bit and head into the office with a smile on your face.

• Speaking of that, we don’t want to delve too deeply into Nick Rolovich’s recent laughable comments.

To do so would be to take focus off what the WSU players are accomplishing. And would give Rolovich’s statements some credibility, something the former Washington State coach surely craves. Why else would he be out there spouting his nonsense? Oh, right. Money.

Reading Garrett Cabeza’s story, based off an interview Rolovich gave a right-leaning website, we were struck by one egregious example of Rolovich’s myopia – and another of his odd logic.

We’ll start with the latter.

Rolovich, who was fired by Washington State after not following the school’s guidelines concerning the COVID-19 vaccine, was denied a religious exemption, citing his Catholic faith. No matter that the church has encouraged it, with Pope Francis calling taking the vaccine “an act of love” and “a moral obligation.”

“Frequently people let themselves be influenced by the ideology of the moment, often bolstered by baseless information or poorly documented facts,” the Associated Press quoted the Pope as saying earlier this year, though he was vocal about it even prior to Rolovich’s stance became public.

“Vaccines are not a magical means of healing, yet surely they represent,” the Pope added, “in addition to other treatments that need to be developed, the most reasonable solution for the prevention of the disease.”

Besides, how deep can Rolovich’s faith run, when, in his interview with Allison Williams of the website The Daily Wire, he admitted to calling his boss “an f—-ing coward” and walking out of a meeting.

If we had pulled such a prank at any time during our 12 years of Catholic education, we’re pretty sure that would have ended our Catholic school relationship instantly. In fact, we once witnessed a classmate doing the exact thing – he was a high school sophomore – and he was at a public school the next day.

Rolovich’s other fallacious point, saying “a lack of answers, a lack of dialogue” about the vaccine’s effects also informed his decision, is  laughable on its face. He didn’t mention to Williams the school put him in touch with Dr. Guy Palmer, a WSU regents professor of pathology and infectious diseases, for a one-on-one meeting. According to Palmer, the professor answered whatever questions Rolovich had.

If that’s a lack of dialogue, then Rolovich is an NFL-caliber defensive genius.

Let’s move on, just as WSU has from one of its biggest mistakes of the century. 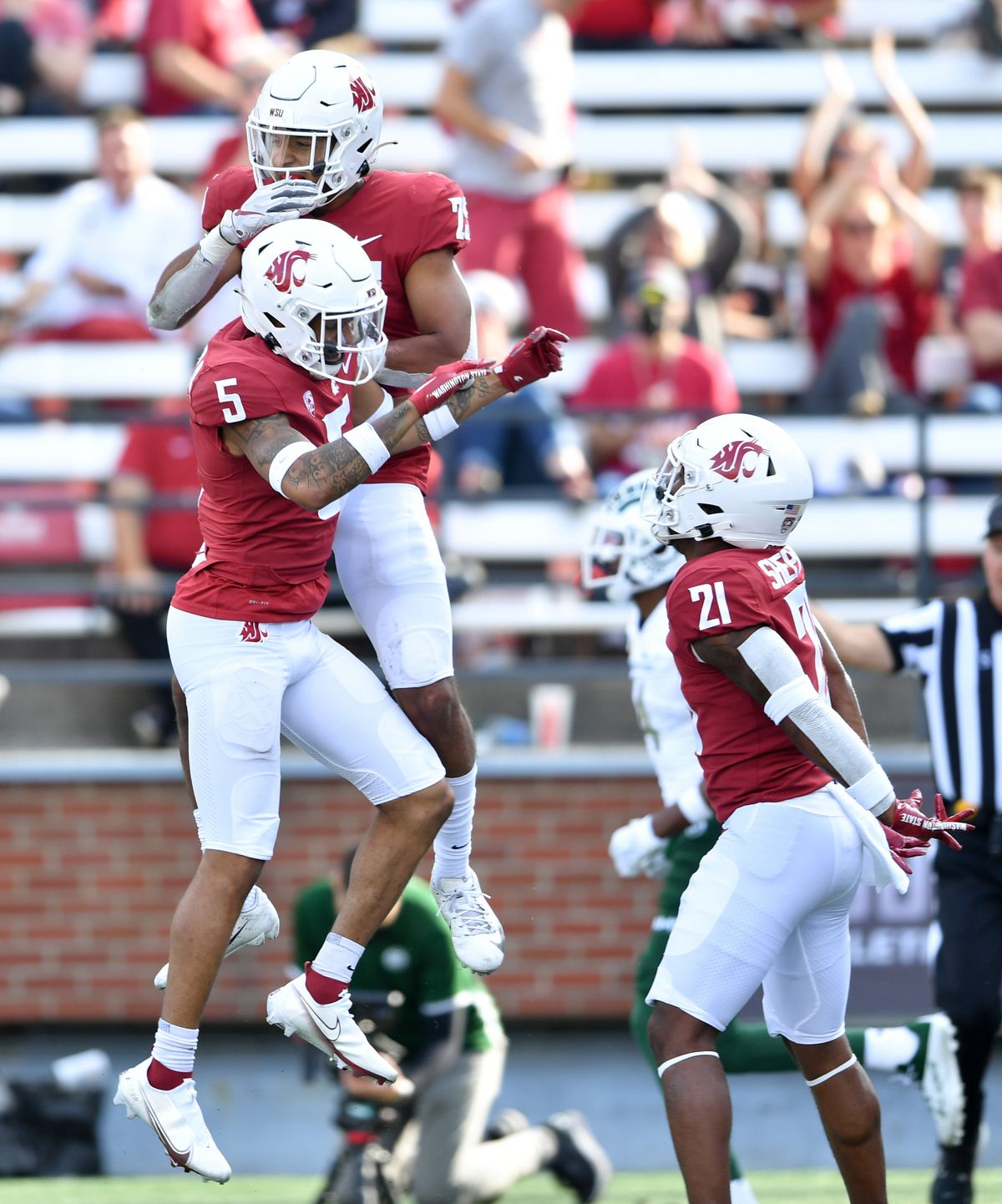 WSU: So, who wins today at Martin Stadium? Colton Clark is picking Washington State. (Full disclosure: When asked by CougFan, we weighed every factor we could think of and decided Oregon would win a close one. At about 4:30 this afternoon you can make fun of me or call me a genius. Or both.) … Colton has his preview of the game and goes into even more depth with a 2-minute drill that will take about triple that to read. … From the Oregon perspective, there is plenty to catch up on as well. The Ducks aren’t highly ranked without a reason. … The soccer team opened conference play Friday with a win over Oregon State. … Elsewhere in the Pac-12 and college football, Jon Wilner answers a bunch of questions in the Mercury News and passes along a summary of this week’s recruiting news. … Washington hosts one of its recent nemesis tonight, Stanford. The Huskies are on a roll but the Cardinal has rolled against them in the past. … There have been some weird games between California and Arizona recently. Really weird. And the Wildcats have seemed to get the better of most. … Oregon State has gotten the better of a highly ranked USC team a few times over the years in Corvallis. Will it happen again today? … UCLA once fired Karl Dorrell. Will the Bruins play a part today in causing it to happen again for the Colorado coach? Or will the Buffs rise up finally? … Speaking of fired coaches, Arizona State did that this past week. Now the Sun Devils host conference favorite Utah with the Utes still trying to establish an identity.

EWU: Of course, Dan Thompson has a quick preview of what to watch in the matchup of ranked FCS schools. … There is also a lot from the Montana State side of things. … Elsewhere in the Big Sky, Montana hosts Portland State this afternoon. … Northern Colorado welcomes Idaho State for homecoming. … Weber State takes to the road to face UC Davis. … Sacramento State has a shot for a FBS upset when it plays at Colorado State. … In basketball news, Weber State will play on the road often in the preseason.

Idaho: The altitude in Flagstaff isn’t the only air the Vandals have to worry about. As Peter Harriman tells us in this preview, the Lumberjacks love to throw the ball around. 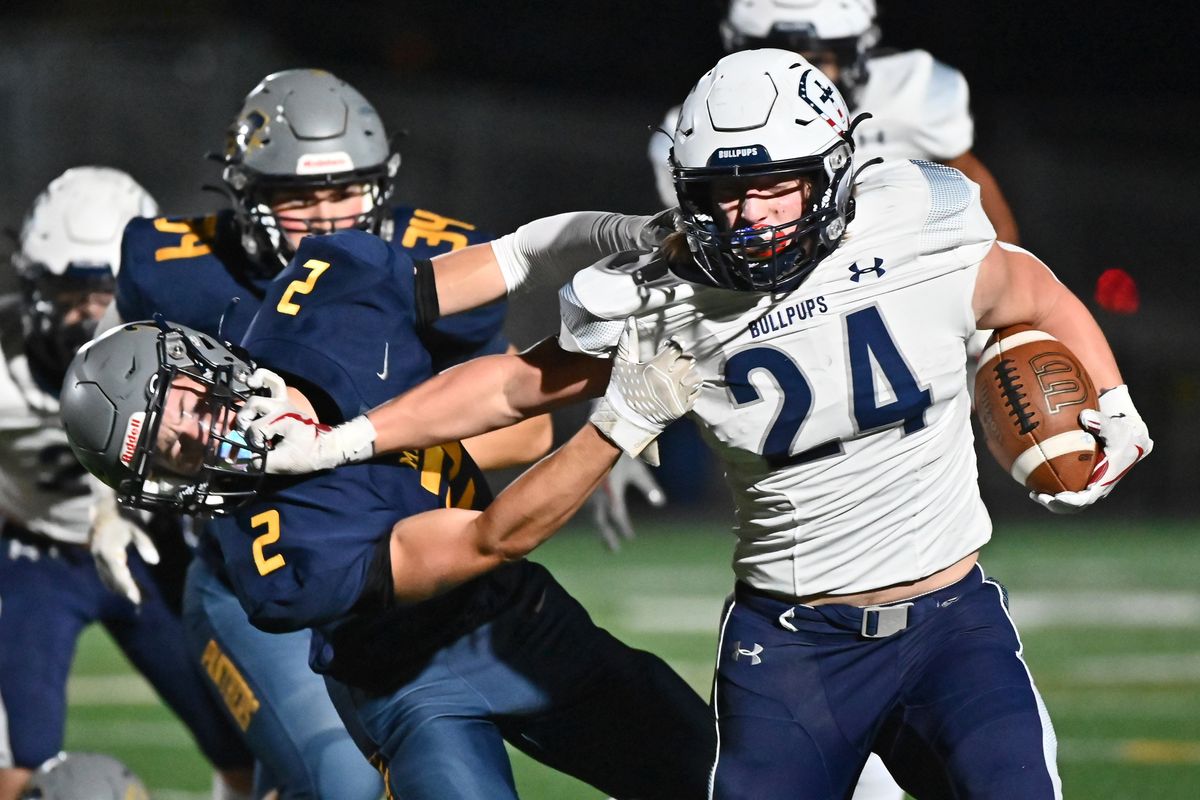 Preps: Mead came for the reigning GSL king last night and barely missed. But Gonzaga Prep held off the host Panthers 28-21 at Union Stadium. Dave Nichols was there and has this story. James Snook passes along a photo gallery. … Dave also has his roundup of the Friday football action. … In the 1A ranks, Lakeside went to Freeman and took home a 36-27 victory. Steve Christilaw was there and has this story.

Chiefs: The WHL season is officially open. And Spokane opened it with a bang, taking a 7-5 decision from host Victoria. The teams play again tonight. Will there be more defense played?

Seahawks: Some good news for Seattle. It looks as if safety Quandre Diggs is healthy enough to play against the Falcons.

Mariners: We’ve already mentioned the 5-1 loss at Kansas City and Rodriguez’s injury. What more is there to say?

• Over the past half-century we’ve watched innumerable high school football games. We’ve seen games in the Northwest, in Tennessee and in California. And we’ve heard the same comments from the stands no matter the year, the place or the accent. “Watch the fake,” when teams set up to punt. “Watch the screen,” when it’s third and long. “Watch the sneak,” on third and short. And the always popular “What a homer,” anytime a call goes against the visiting team. That last one – and even more salty language – might be one of the reasons we’re seeing fewer and fewer officials available to work high school contests. Until later …