A GRIP ON SPORTS • We are sort of in the middle of nowhere this morning. And yet, try as we might, we can’t find what we are looking for. Nope, that missing down in the Washington State game isn’t here either. Neither is the easy road trip the M’s were supposed to have. Nor a win for the Hawks.

• Try as we might, we can’t understand the Pac-12 when it comes to its officiating. It seems every time an error occurs, the conference trips over its big clown feet and falls on its face. Even when it tries to do the right thing, as it seemed it wanted to do in Pullman on Saturday, there are more errors. 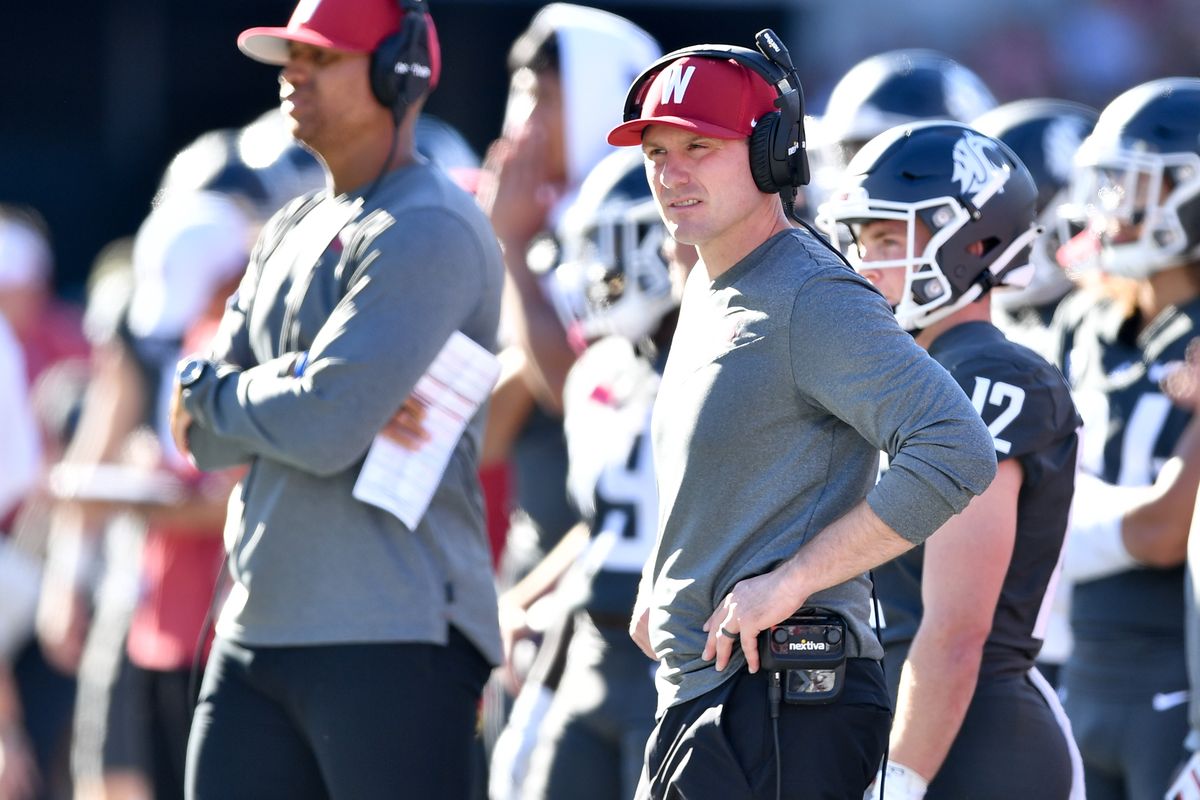 Unless you are next to me in the hinterlands of Northern California, and have been hiding under that big rock we see right over there for the past few days, you know what happened.

In the second quarter of their heartbreaking 44-41 loss to Oregon, the Cougars had just converted a first down just across midfield. On first down, Cameron Ward scrambled outside the pocket, reversed field and threw the ball away. Incomplete pass. Except (it still seems incorrectly to us), he was called for grounding for not being outside the pocket. Referee Mike McCabe announced it included a loss of down and it would be third down. Uh, no. Everyone, including WSU coach Jake Dickert, knew it was second. No avail. Third-and-18. WSU ran the ball, then punted to the UO 5-yard line. Commercial. McCabe talked with the replay official, realized the mistake and then made another one. They correctly determined it was OK to correct the mistake and give WSU the ball back. Let it run plays based on the correct down. But they should have reverted to the exact moment the error occurred. They did not. They reverted to the error again, calling WSU’s short run on third-and-18 the Cougs’ second-down play, making it third down again.

How? Why? There was, and is, no justification for such a decision. Even though the conference tried Sunday.

It released a statement acknowledging the mistake – and throwing the poor person on the down marker under the bus – but not explaining why McCabe and his advisors once again eliminated second down. Oh, sure, the Cougars were given a play. They still lost a play they ran based on the error. That isn’t the way to fix the error. WSU should have faced second-and-18 again.

Then again, the conference, since time immemorial, have never been able to figure out how to fix its officiating errors. Money. Time. New people. Nothing seems to work.

• Speaking of nothing seeming to work, how about the M’s pitching in Kansas City yesterday? Handed an 11-2 lead going into the bottom of the sixth, neither Luis Castillo – he of the new five-year contract extension – nor the two Matts, Festa and Brash, could find the strike zone or miss Royals bats.

Kansas City, a team with 90 losses, scored 11 runs in the bottom of the sixth. Ended up winning 13-12. Instead of putting some more distance between itself and the Orioles, and jumping Tampa Bay into the second wild-card spot, Seattle collapsed. The bizarre loss joined others on a 3-7 road trip against, supposedly, the bottom of the American League.

Now they come home to finish the season. Texas, Oakland and Detroit. Ten games against teams with a combined 183-275 record. Funny, despite their troubles, the M’s still hold a four-game lead, and the tiebreaker, over Baltimore. And they trail Tampa by just a half-game for a better playoff spot.

It’s all there for them. Still. Can they grab it?

• The Seahawk defense couldn’t grab much of anybody yesterday. Which, in the long run, might not be that bad.

There are few bright spots for this Seattle team. The roster needs lots of help. It’s not just quarterback. And yet, there is hope. The Hawks, thanks to the Russell Wilson trade, have a decent number of draft picks after this season and the next.

The more the Seahawks lose this season, the better the 2023 draft picks are. After three games, only Las Vegas has a worse record. The No. 1 pick is still in play. Plus, the Broncos aren’t setting the world on fire. Maybe their first pick will be decent as well.

We can dream can’t we? 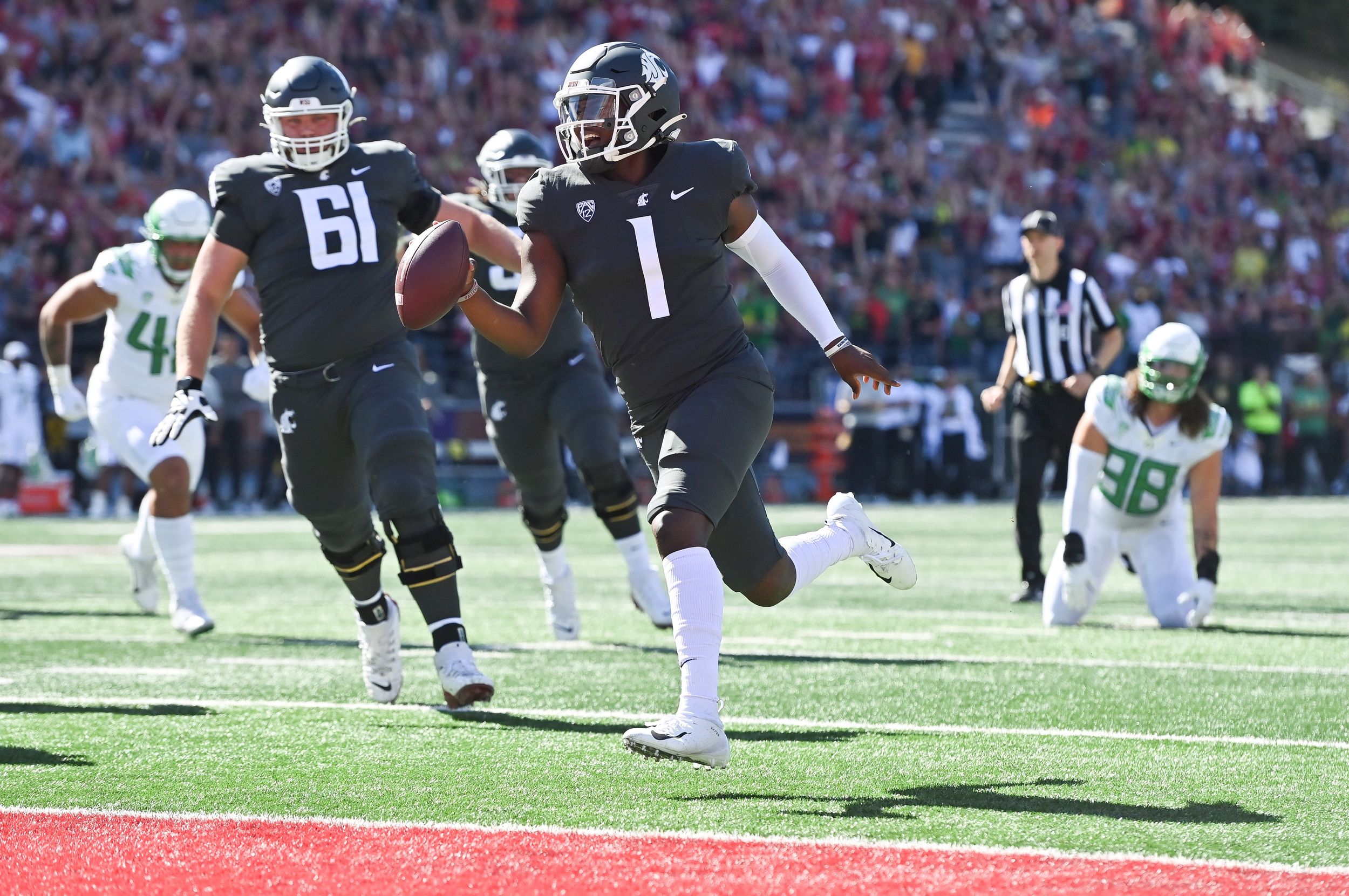 WSU: If you want to walk down the sunny side of the street, Colton Clark is here for you. The late collapse, a couple of interceptions and defensive issues – especially in the secondary – somehow add up to the Cougars feeling encouraged. Colton covers all that in three stories looking back at the first defeat of the season. … Former WSU standout River Cracraft had another strong game. His performance leads off the S-R’s look at the performance of local players in the NFL. … Elsewhere in the Pac-12 and college football, the polls are out. Jon Wilner actually bumped up the Cougars in his rankings. He also has more in the Mercury News on the weekend just done. … John Canzano doesn’t understand how the officials “fixed” their error in the Oregon game either. … The Ducks were happy to get out of Pullman with the victory, keeping their Pac-12 hopes alive. … Washington is rolling and welcomed back one of its best offensive linemen. … Oregon State jumps from USC’s frying pan to Utah’s fire this week. The Beavers need to learn how to finish. … Utah has to put September in the rearview mirror because October will be tough. … Most running backs put Colorado’s defense in the rearview mirror. … Is the USC defense better than we thought? Up next is Arizona State. … UCLA is already getting ready for Friday’s game with Washington. … California ran over Arizona.

EWU and Idaho: Around the Big Sky, Montana is not only good, it is record setting. … Northern Colorado sparkled in the win over Idaho State. … UC Davis has a new athletics center. 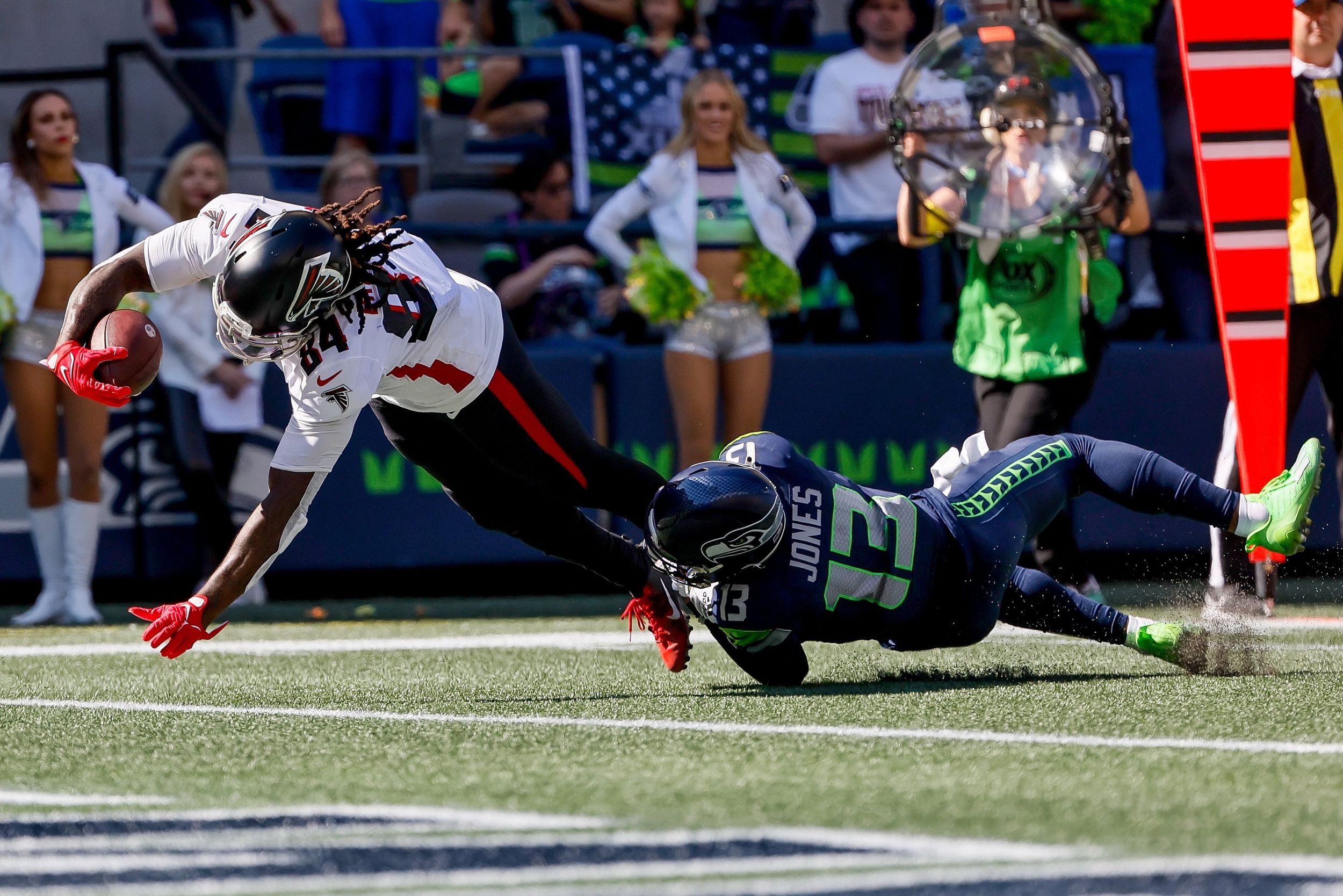 Seahawks: The Hawks still had a chance to win late but a Geno Smith interception stifled that. The offense was decently successful throughout. Until it wasn’t. … Dave Boling talked with, and praised, one of the new parts of that offense, right tackle Abe Lucas. The rookie from WSU impressed him. … Matt Calkins is ready to write off the season. … It’s Monday. There are takeaways. One is the defense is going to struggle. … Drones. That’s it. That’s all we got. … Well, there are also grades.

Mariners: Not many games remind us of the awful loss back in 2001 at Cleveland. Yesterday’s did. Well, the M’s went to the postseason that year. … Eugenio Suarez may be back Tuesday.

Kraken: Seattle opens its preseason tonight by hosting Edmonton. … The Kraken have been doing a lot of conditioning.

• At some point we may have to examine whether Carroll and Schneider are the right people to lead a Seattle rebuild. Not yet. But some day. Until later …