A GRIP ON SPORTS • We understand why someone upstairs may not want Eastern Washington to play a football game at the University of Florida. But aren’t there better ways to push it off the schedule?

• A couple years ago, the Eagles were scheduled to fly to Gainesville, be handed three-quarters-of-a-million dollars, let the Gators run all over them and then fly home. At least that’s how the Florida administration saw it. But then a pandemic intervened and the game was never played. 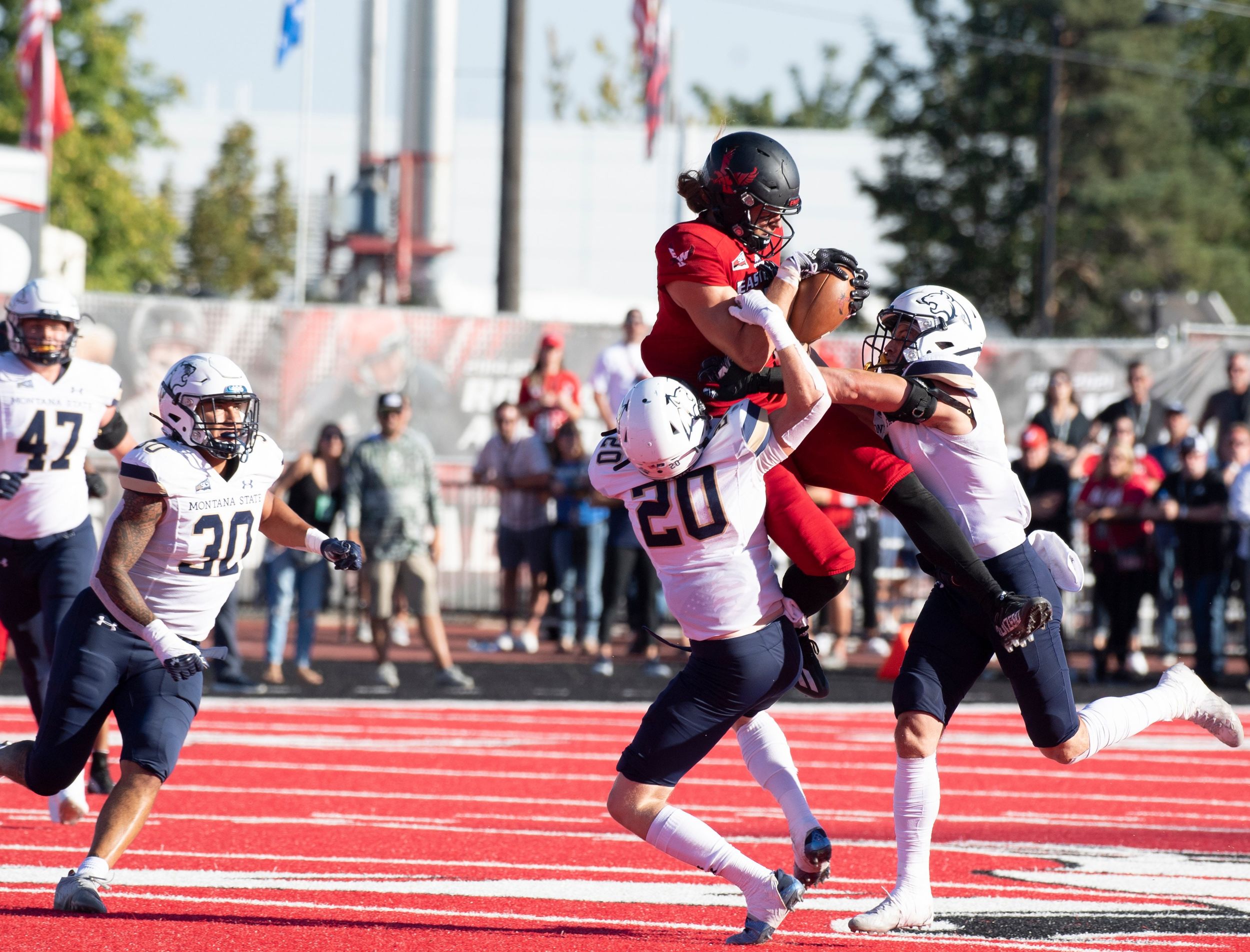 But the Gators were persistent. And the EWU athletic department really needs the money. Another bargain was struck. The Eagles would make the trek in 2022. No matter that Eastern already was playing one decent-to-great FBS school, Oregon, this season. And no matter that few, if any FCS coaches really like playing two games in a year against a foe with more scholarships, more size, more athleticism and more to lose.

The (paying) show must go on.

Which brings us to this week. The week of reckoning. After losing 70-14 two weeks ago in Eugene, the Eagles must put last Saturday’s controversial Big Sky-opening loss to Montana State behind them and prep for a game against an SEC school. Maybe not the best SEC school but one good enough to open the season with a win over then Pac-12 favorite Utah. 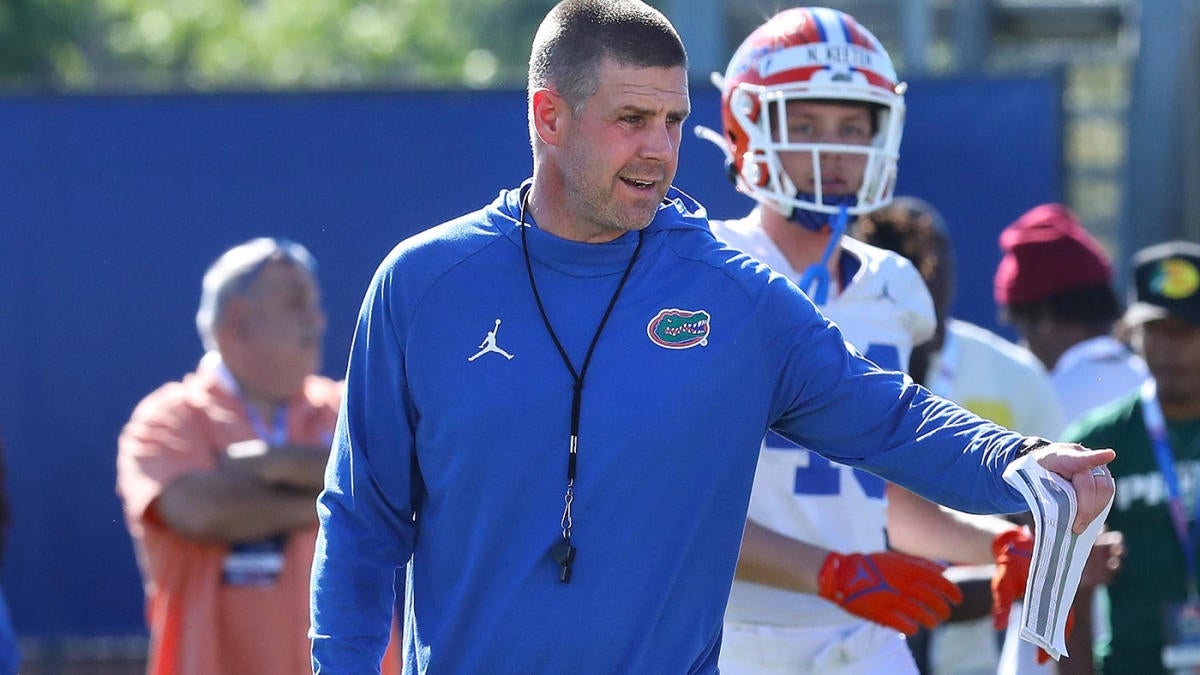 Did we mention Florida is an SEC school?

But, for the second time in two years, the game may not be played. Hurricane Ian, a Category 3 storm, is in the Gulf of Mexico. It has hit western Cuba already, caused significant damage. It is predicted to head north into Florida. Current projections have it moving up the spine of the state, putting Gainesville in its path during the day Friday.

Which also puts the game up in the air, no pun intended.

With the Eagles scheduled to fly to the state Thursday, decisions will have to be made soon. Though it seems as if it won’t be a tough one. If the hurricane is in play, the game won’t be. And Eastern will once again have an open date. Its budget will take a hit in 2022. And the two schools will probably push the contest down the road. Again.

• Before the season began, we were astounded to read stories about Jordyn Brooks and how the linebacker was set to make another step forward. After all, the narrative went, he had a Seattle-record 184 tackles last season and was still learning. 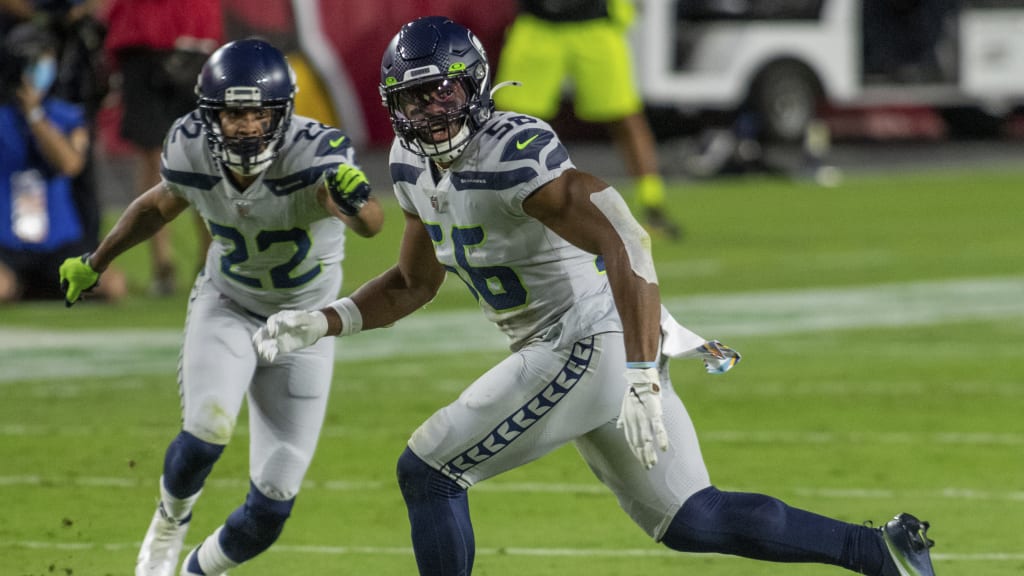 Yes, Brooks was exceptional in 2021. But we saw a regression instead of a progression – and wrote that.

Bobby Wagner was gone. Cody Barton was in. And opponents were going to change how they attacked the heart of the Hawk defense. The person they knew they had to control? Yep, Brooks. It wasn’t going to be the same for the third-year player.

It hasn’t been. Teams are targeting Brooks. But it hasn’t mattered. Not yet, anyway. After three games, Brooks is on pace for 181 tackles. Hey, we were right. A regression.

Just kidding. If anything, Brooks’ play thus far has been even more impressive considering the loss of Wagner and the regression elsewhere of the Hawk defense.

“I think Jordyn has really been at the top edge of his game,” Pete Carroll said Monday when meeting with the media. “He’s got a million things he’s doing well. He’s doing everything.”

Brooks’ partner inside, Barton, has struggled in pass defense and tackling, so it’s a bit surprising Brooks has been so successful. Now if the rest of the defense could reach his level, the Hawks might actually be successful on that side of the ball. 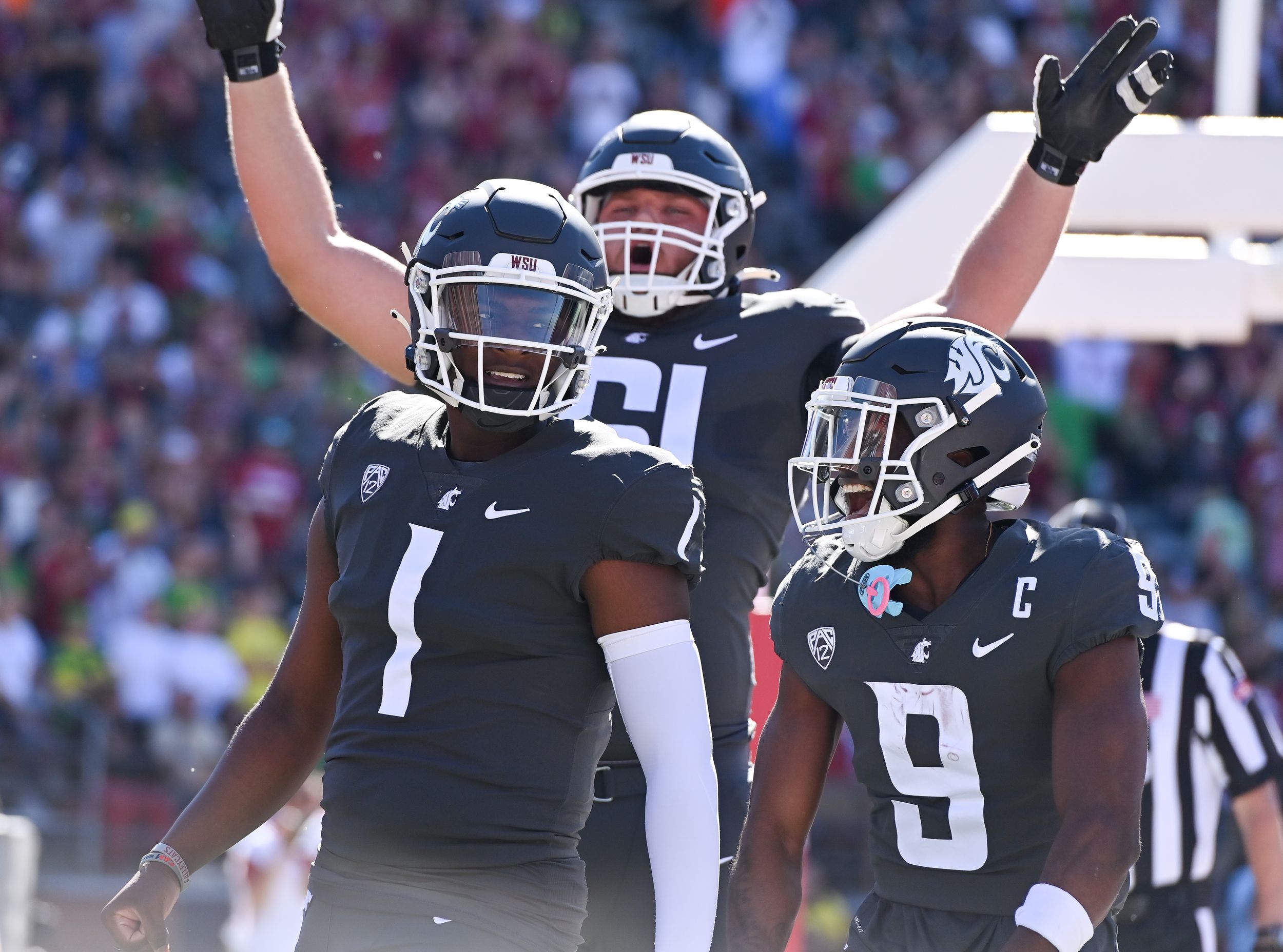 WSU: It’s time to look ahead. Coming to Pullman this week is California. It is homecoming. Colton Clark has his first look at the game. … Basketball practice began for real this week. Bad news from the Cougar camp. Center Dishon Jackson is dealing with a health issue and is not available. Colton has more. … Kyle Manzardo is Tampa Bay’s minor league player of the year. That news leads off the S-R’s most-recent local briefs column. … Elsewhere in the Pac-12 and college football, Jon Wilner dropped WSU to fifth in his conference power rankings. … Wilner also has a look in the Mercury News at this week’s early lines. … Both big games in Seattle over the weekend were disrupted by drones. … Washington hopes to get healthy this week. The game in the Rose Bowl, however, is Friday night, which doesn’t leave a lot of time to prepare. … Stanford is struggling with turnovers. Oregon is hoping to take advantage of that. Dan Lanning talked about that and the win over WSU. … Oregon State has a lot of running backs it can call on against Utah. The Utes will have to replace one of their best offensive players. … A decision has been made about the quarterback spot for this week at Colorado. … The schedule actually gets tougher for Arizona State. … Arizona hasn’t had to use its promising freshmen receivers. … In basketball news, Colorado has a lot of work to do before the first game. … Utah feels it is bigger, stronger and more athletic.

Gonzaga: Around the WCC, BYU will be missing a key player to start the season. 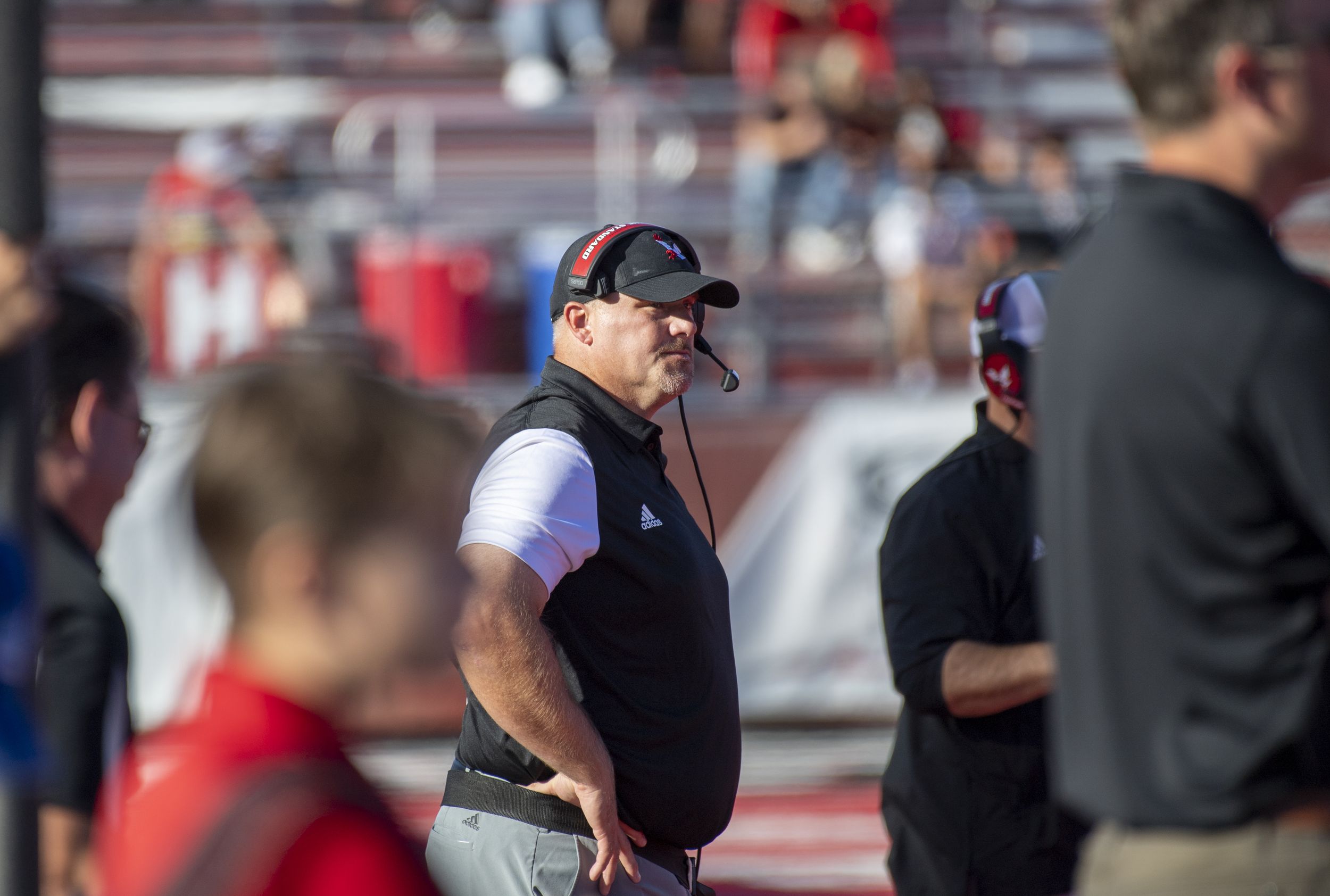 EWU: We opened up today by talking about the hurricane and Eastern’s trip to Florida. Dan Thompson has all the important news in this story. … Around the Big Sky, the conference has done well recently in matchups with Mountain West schools. … Montana’s big win Saturday led to big news on the award front. … Montana State quarterback Tommy Mellott, injured against Eastern, will not play against UC Davis this week. … Idaho State is down to its third-string quarterback for the game against Montana. … In basketball news, Idaho State gave its women’s basketball coach a five-year contract extension.

Seahawks: The defense doesn’t need a major overall, according to Carroll. It just needs some tweaks. … Larry Stone has his thoughts on its issues. … No matter. It will be an awful season. And that may just be fine.

Mariners: Eugenio Suarez will be available to DH tonight. His injury is part of a tough run for the team. … Luis Castillo met the media yesterday to talk about his contract extension.

Kraken: Seattle fans got a glimpse of what might be ahead this season in a 3-0 preseason win over Edmonton.

Sounders: Even if they miss the postseason for the first time, the Sounders’ players feel this year, with the CCL title, will have been a success.

• We get that everyone wants to play every college football game. There aren’t many in a season. But sometimes nature intervenes. Hurricanes are nothing to trifled with. They are also unpredictable to a certain degree as well. Which means the Eagles will have to prepare as if they are playing Saturday until they are told they are not. Just how far do you think the equipment truck will get before the decision is made? Until later …