Exploration work by a Canadian company hoping to build an open-pit gold mine in Idaho west of Yellowstone National Park has been halted by a federal judge. 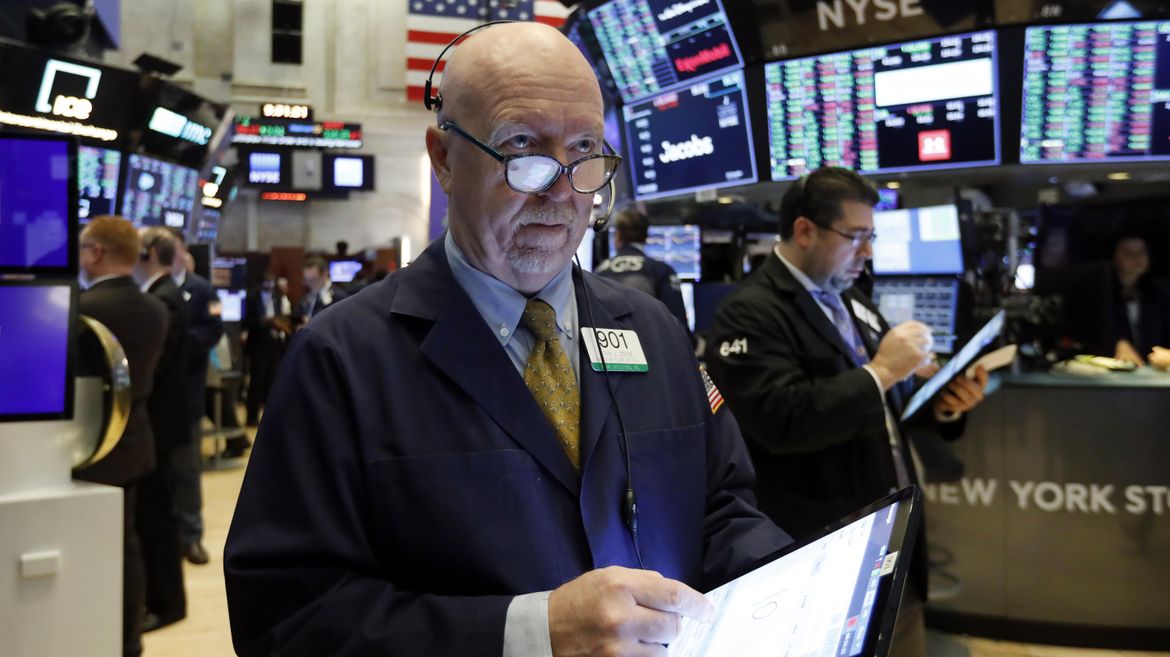 The stars have aligned for gold, as concerns that the coronavirus outbreak may damage growth, hurt risk assets and add to pressures for easier monetary policy trigger a global hunt … 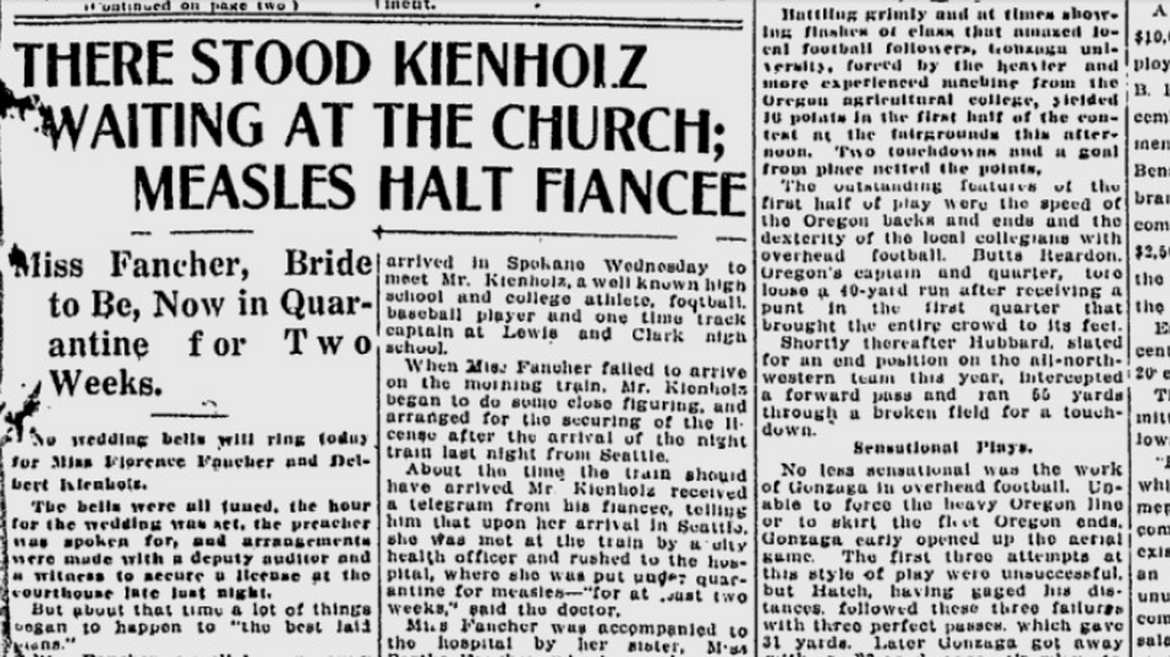 100 years ago in Spokane: Star athlete’s wedding delayed by quarantine

Delbert Kienholz was standing at the train depot waiting for his fiancé, Florence Fancher, to arrive from San Francisco. But she wasn’t on the train. 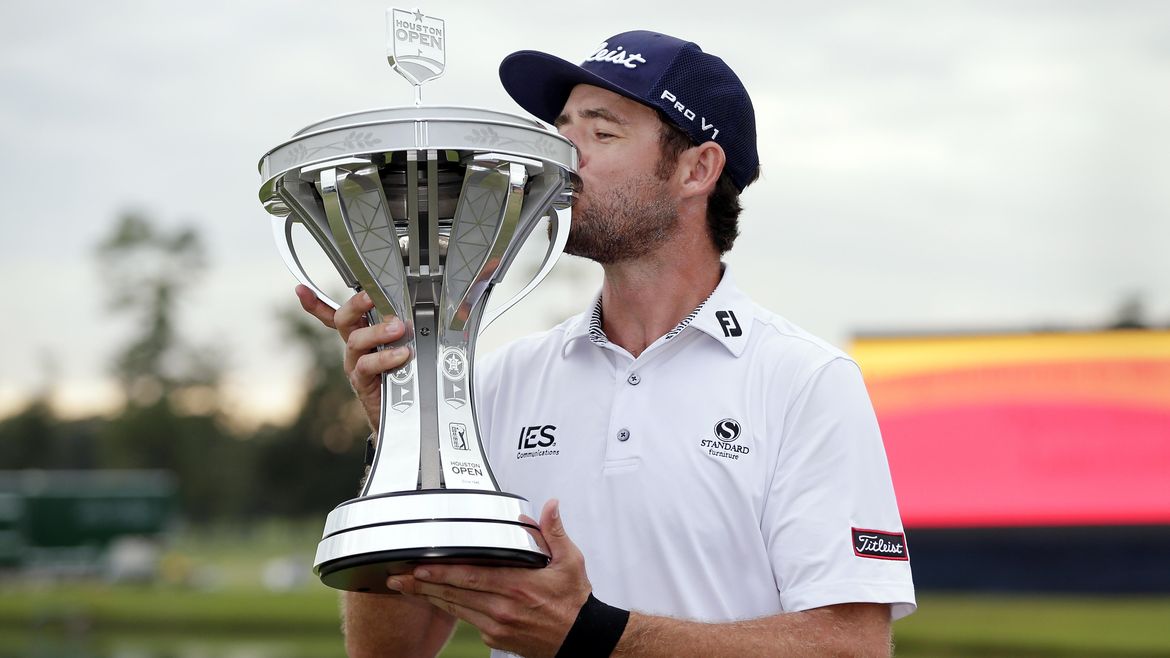 Six feet away from his first PGA Tour victory, Lanto Griffin never felt calmer. It was only after his par putt fell into the middle of the cup Sunday in … 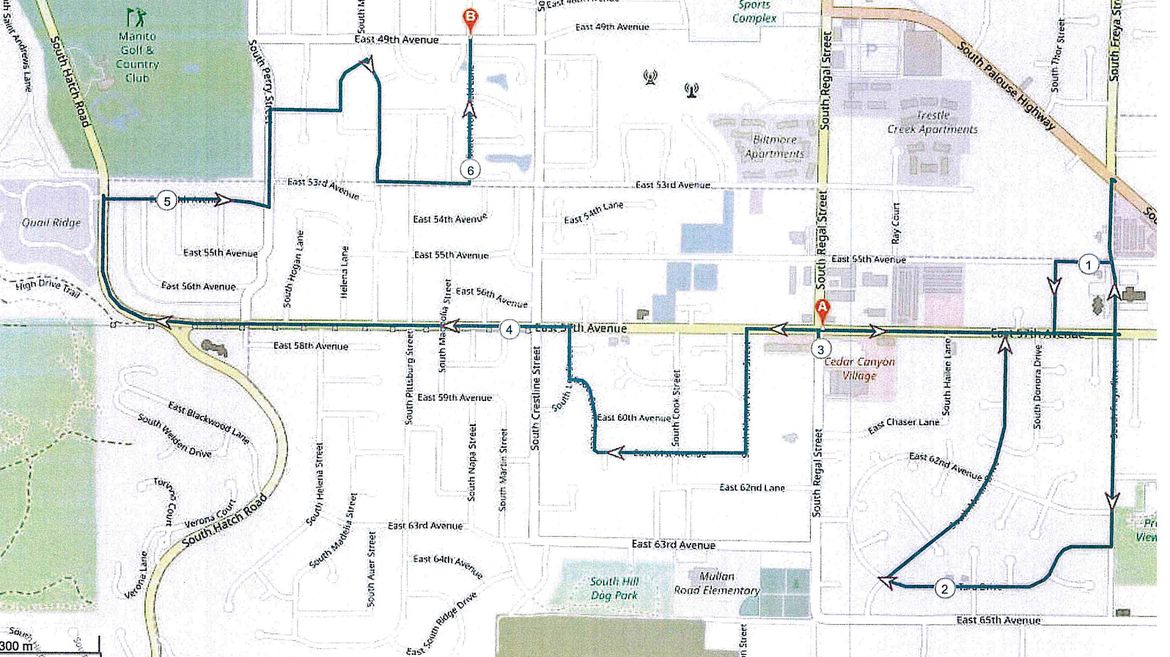 Detectives are investigating a purse-snatching that turned into a suspected shooting Wednesday. No one was hurt and deputies are searching for the suspects. 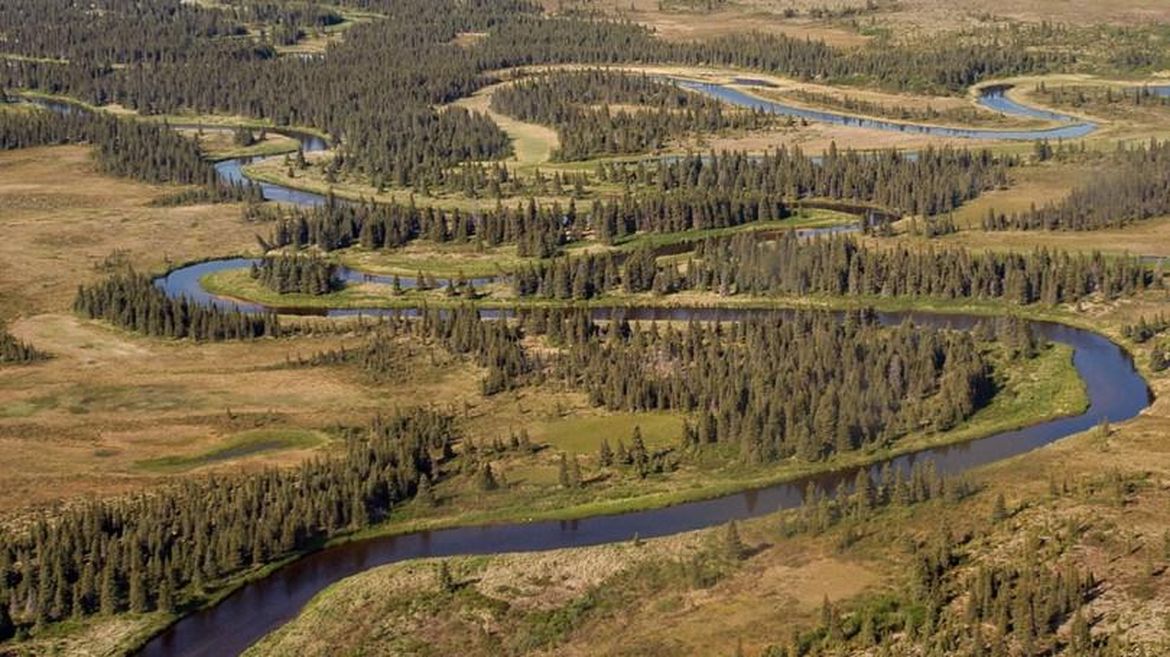 Alaska mine seen as a threat to Pacific Northwest, salmon 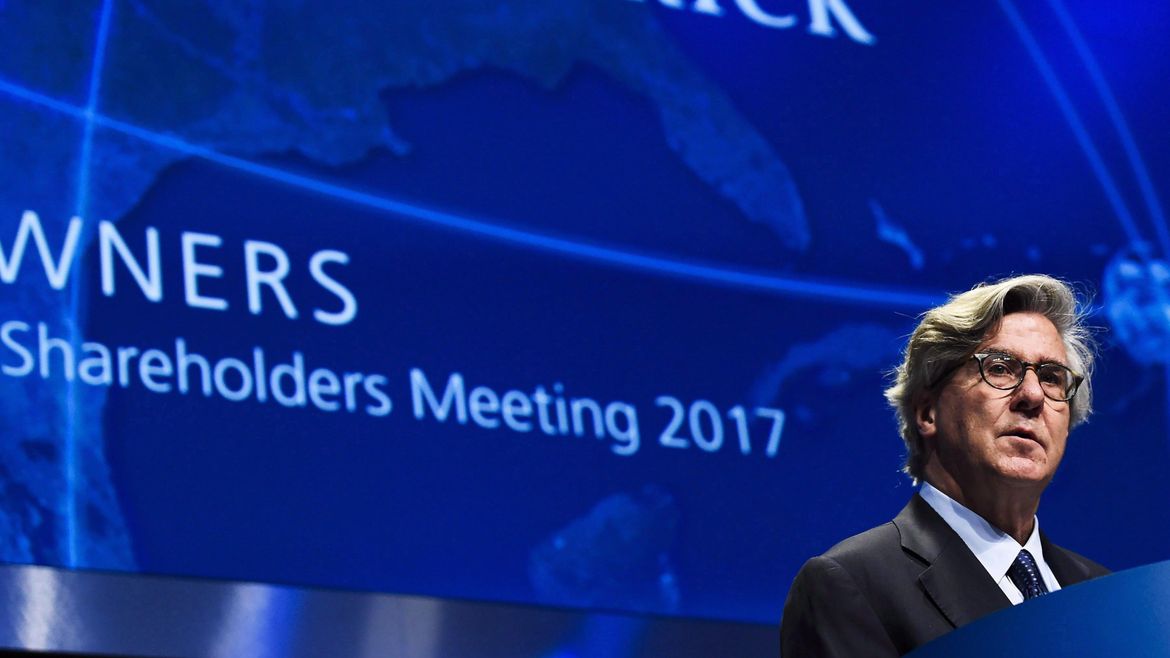 Barrick Gold has agreed to buy Randgold Resources for $6.1 billion in stock to create the world’s largest gold miner, worth a combined $18 billion.

Company raises money to explore for gold near Yellowstone

A Canadian mining company says it’s raised more than $2 million from an outside investor to help fund its pursuit of a gold mine north of Yellowstone National Park. 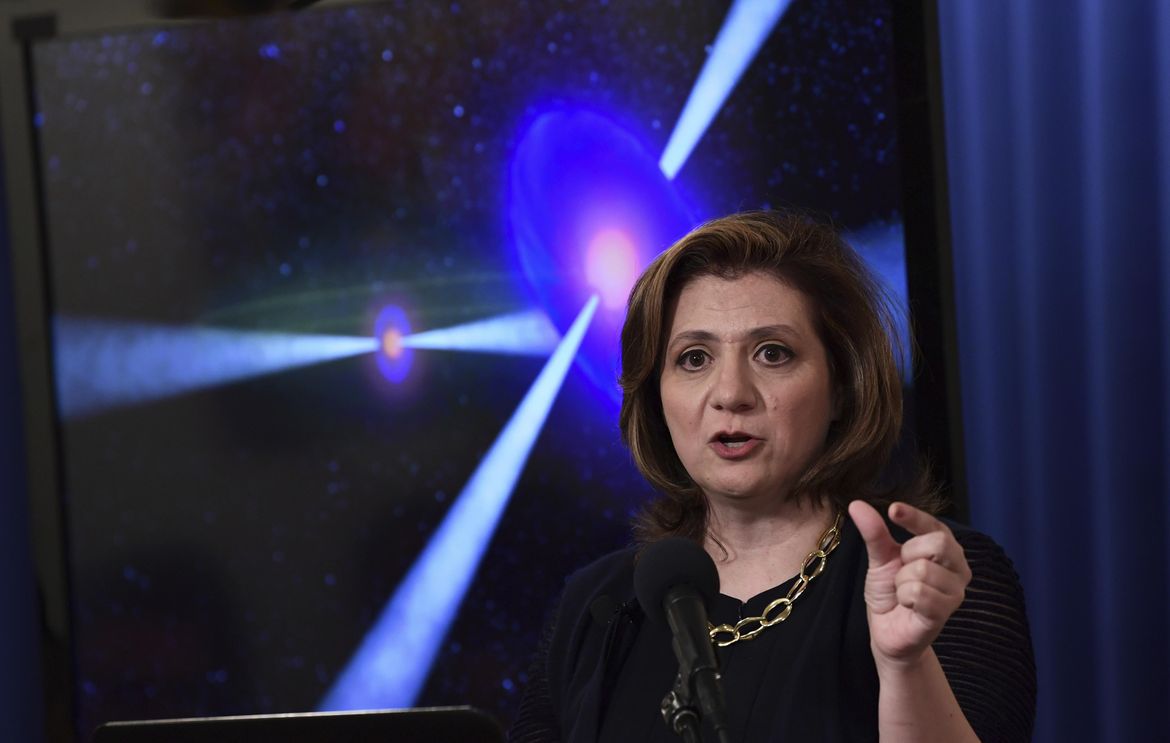 It was a faint signal, but it told of one of the most violent acts in the universe, and it would soon reveal secrets of the cosmos, including how gold … 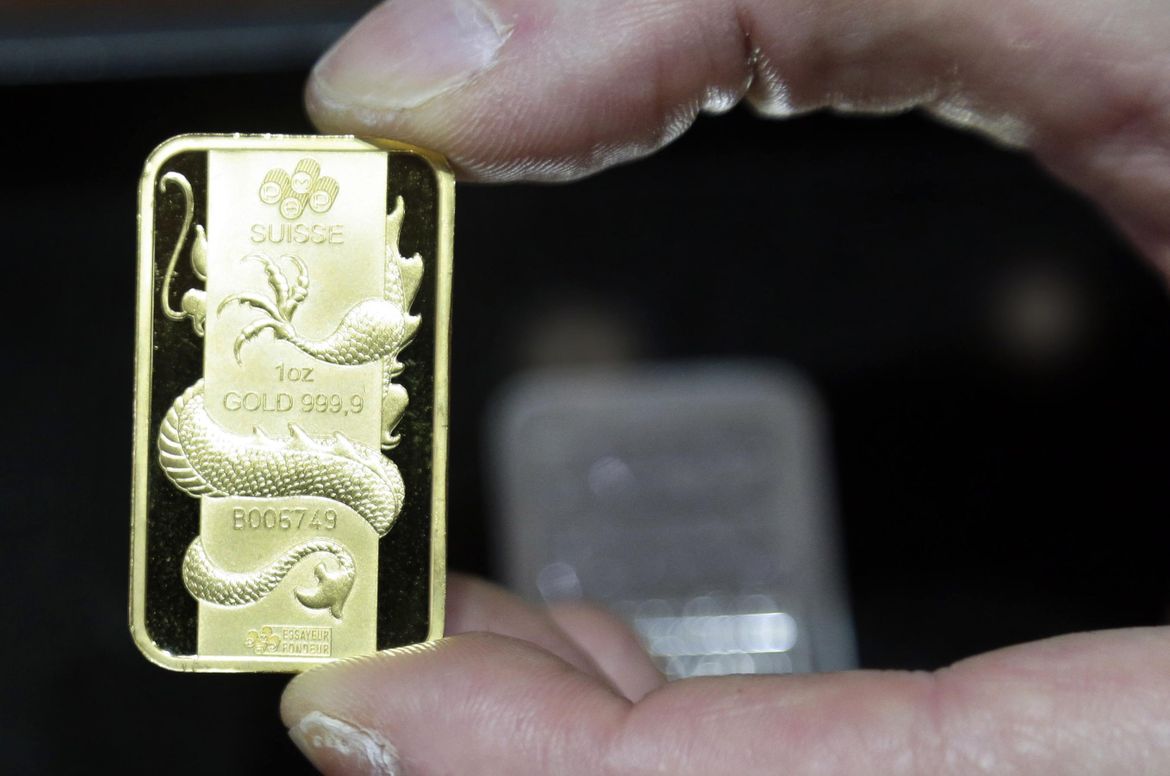 Gold makes run toward $1,300 as risk flares from U.K. to Mideast

Gold is taking aim at $1,300 an ounce. The metal has rallied to the highest since November as investors position themselves for the outcome of the U.K. election and potential …

Who stashed gold inside a British piano? It’s a mystery

British officials say they’ve been unable to trace the rightful heirs to a trove of gold coins found stashed inside a piano and worth a “life-changing” amount of money. 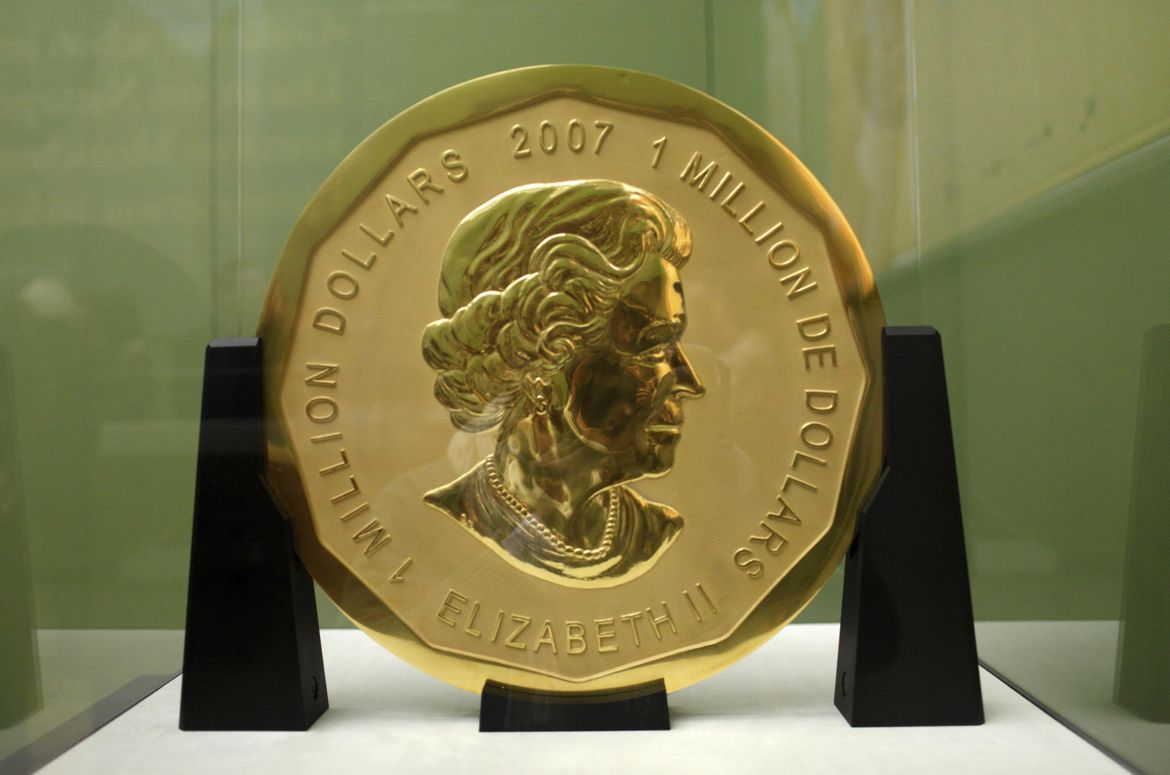 Thieves broke into the German capital’s Bode Museum before dawn Monday and made off with a massive 100-kilogram (221-pound) gold coin worth millions of dollars, police said.

Police have arrested two teenagers in Central Oregon for allegedly selling fake gold bars to unsuspecting adults in the past year.

Gold suffers worst run since October as slide below $1,200 looms

Gold is sliding toward $1,200 an ounce in its longest losing run since October as positive U.S. economic figures reinforce expectations that yields on other investments will rise this year.

Gold climbed to the highest in almost three months as investors purchased metal through the biggest exchange-traded fund for a fifth day, the longest buying spree since June. 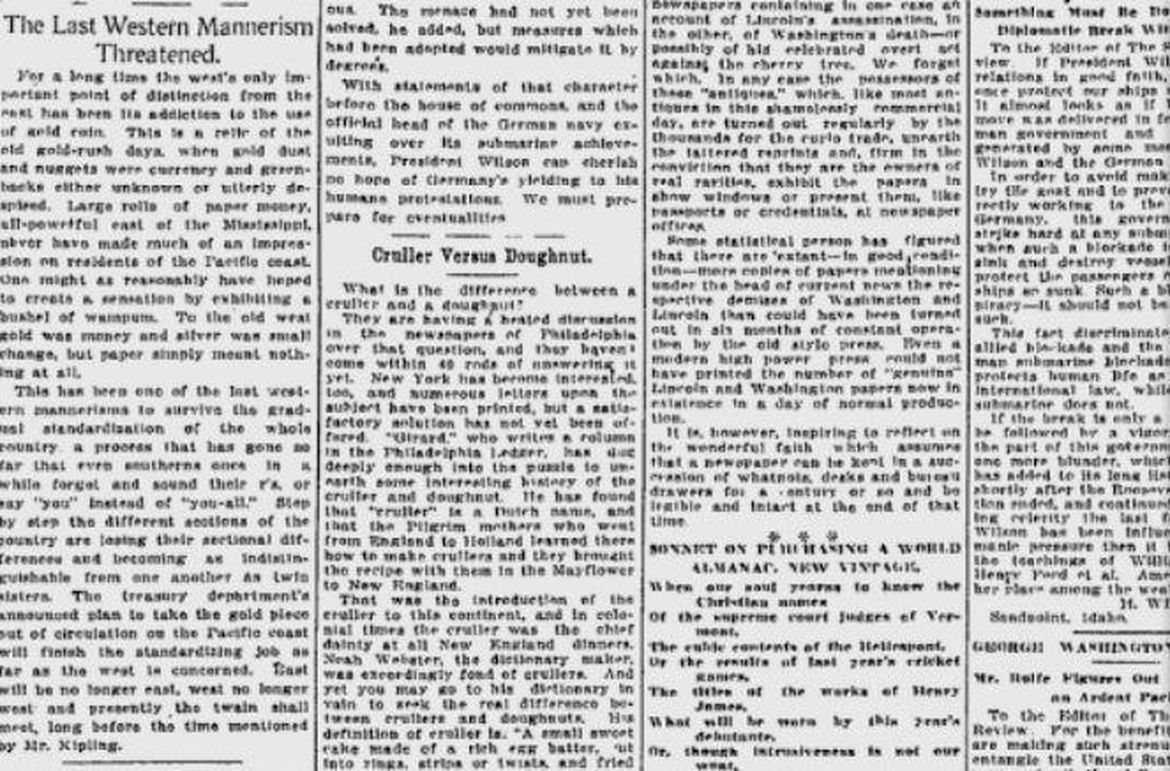 100 years ago today in Spokane: Gold coins, the currency of the West, losing to paper money juggernaut

A Spokesman-Review editorial noted that one of the West’s last distinctive mannerisms — the preference for gold coins over paper money — was about to bite the dust. For a …

What works for gold in practice rarely works in theory. The last three U.S. interest-rate increases that should, all other things being equal, be bad for the metal have seen … 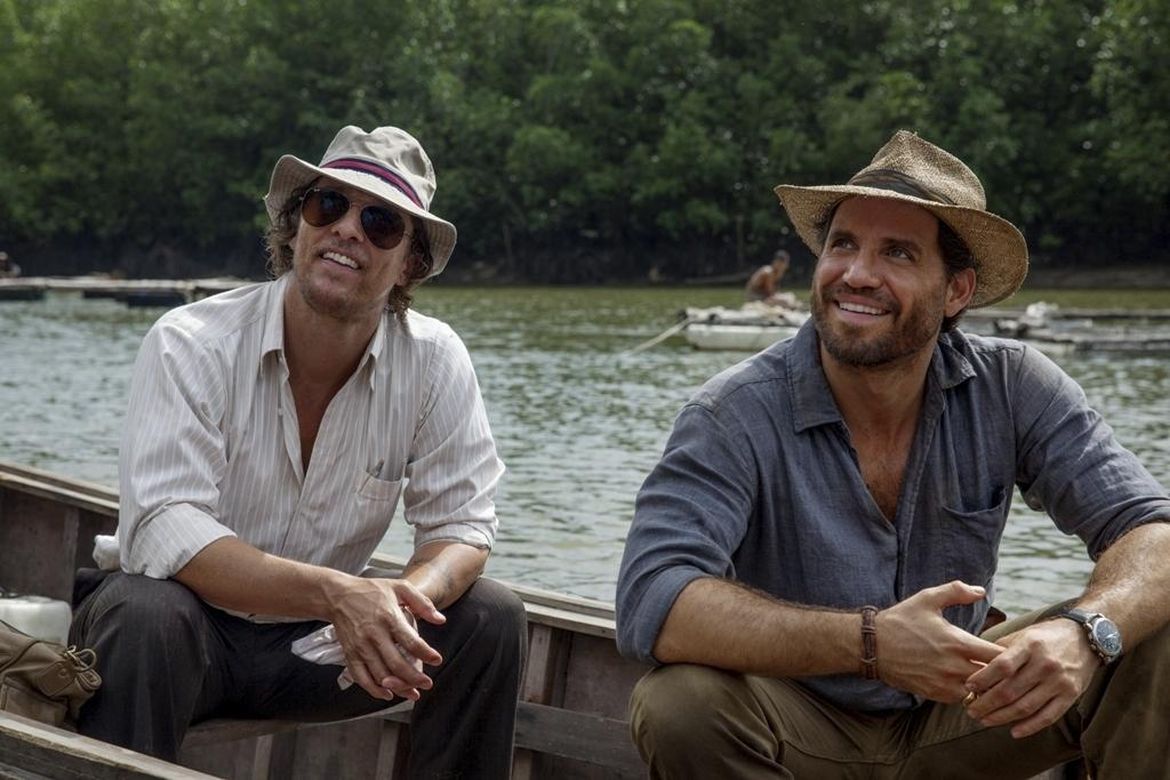 It’s been said that Matthew McConaughey is a character actor trapped in a leading man’s body. His latest film, “Gold,” directed by Stephen Gaghan, is his most extreme character work … 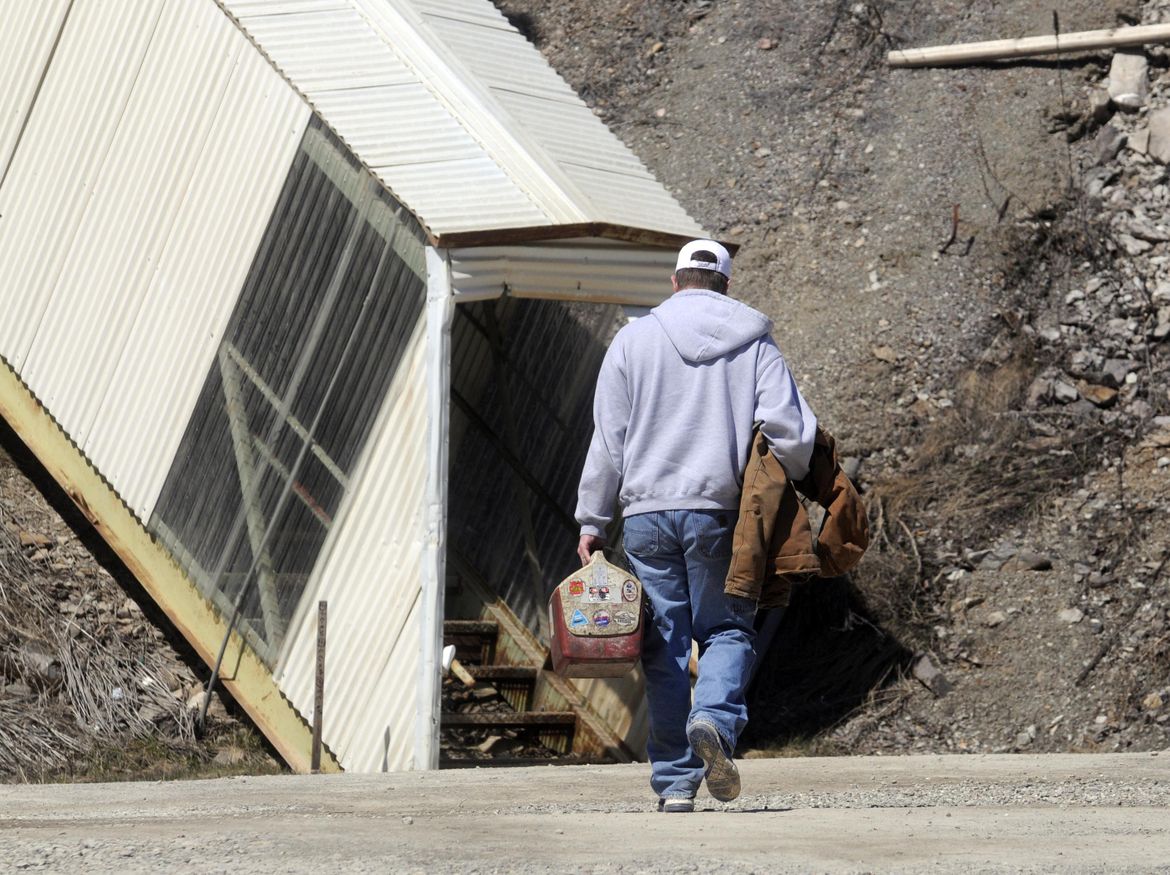 The Donald J. Trump era is marking a new age for gold as an investor safe haven. While the precious metal has always been hoarded in times of trouble, a … 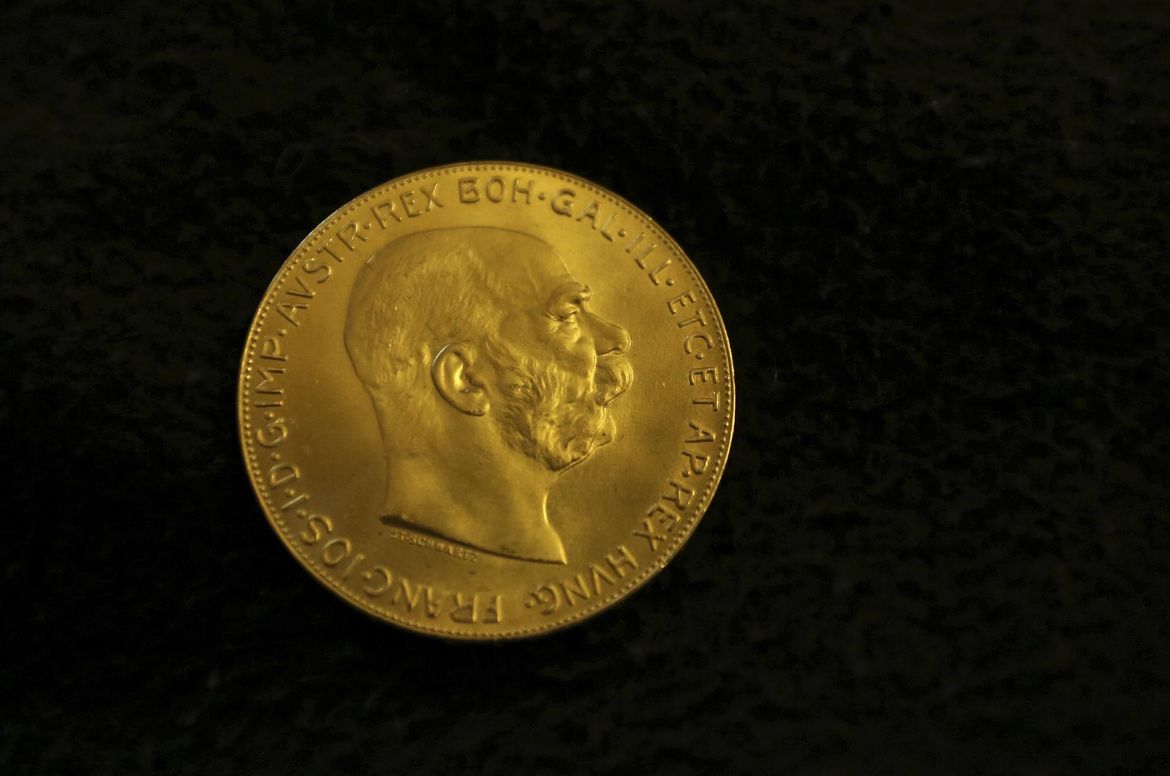 A Salvation Army worker has found a gold coin amid contributions collected in Montana.

A day after the Federal Reserve signaled rates will rise next year faster than expected, the Labor Department released data showing fewer Americans filed for applications for unemployment benefits, validating …

The dollar climbed to the highest level since 2003 against the euro and gold plunged as the prospect of a steeper path for U.S. interest rates filtered through markets. U.S. …

Gold ‘getting hit from all directions’ as investors flee funds

Everything’s against gold at the moment. Gold futures closed at the lowest level since February as the Federal Reserve gears up to raise rates, while U.S. equities at record levels …

Police in New York City are looking for a quick-thinking thief who stole an 86-pound bucket of gold flakes worth nearly $1.6 million off an armored truck in Manhattan. 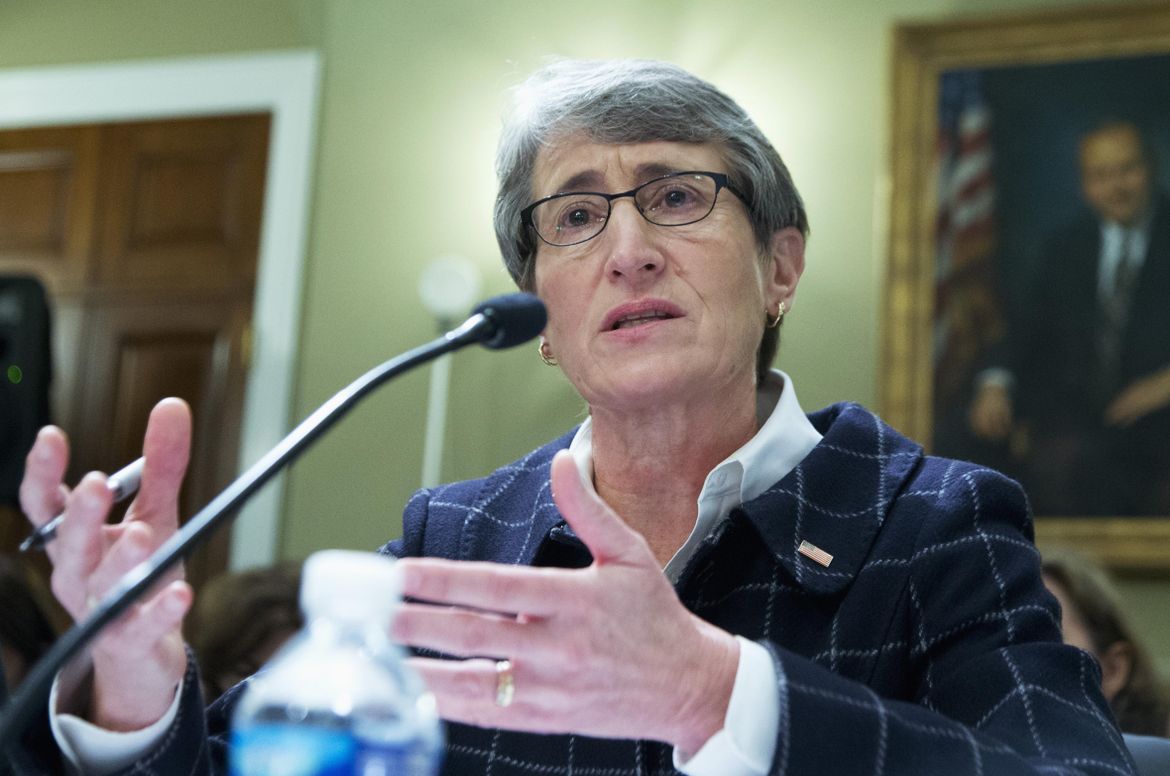 U.S. officials plan to block new mining claims outside Yellowstone National Park as the Obama administration races in its last days to keep industry out of pristine and environmentally sensitive …

With traders pricing in near certainty that U.S. borrowing costs will rise next month, silver investors are heading for the exit.