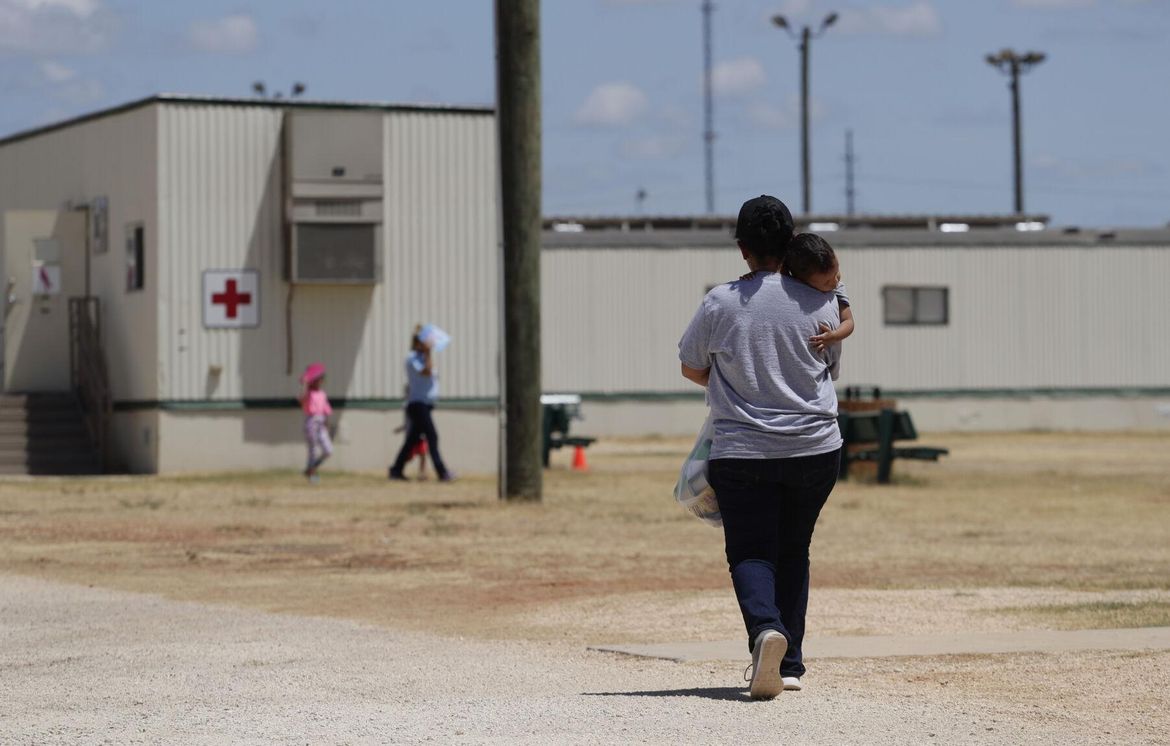 The U.S. government did not release 100 immigrant children detained with their parents despite this week’s deadline set by a judge who had described family detention centers as “on fire” …

Harvard University and the Massachusetts Institute of Technology filed a federal lawsuit Wednesday challenging the Trump administration’s decision to bar international students from staying in the U.S. if they take …

The isolation of at least three families at U.S. Immigration and Customs Enforcement’s detention center in Dilley, Texas, has raised new fears of the coronavirus spreading through a facility that …

The Supreme Court on Monday rejected the Trump administration’s bid to throw out a California immigrant-sanctuary law that limits local police cooperation with federal immigration authorities. 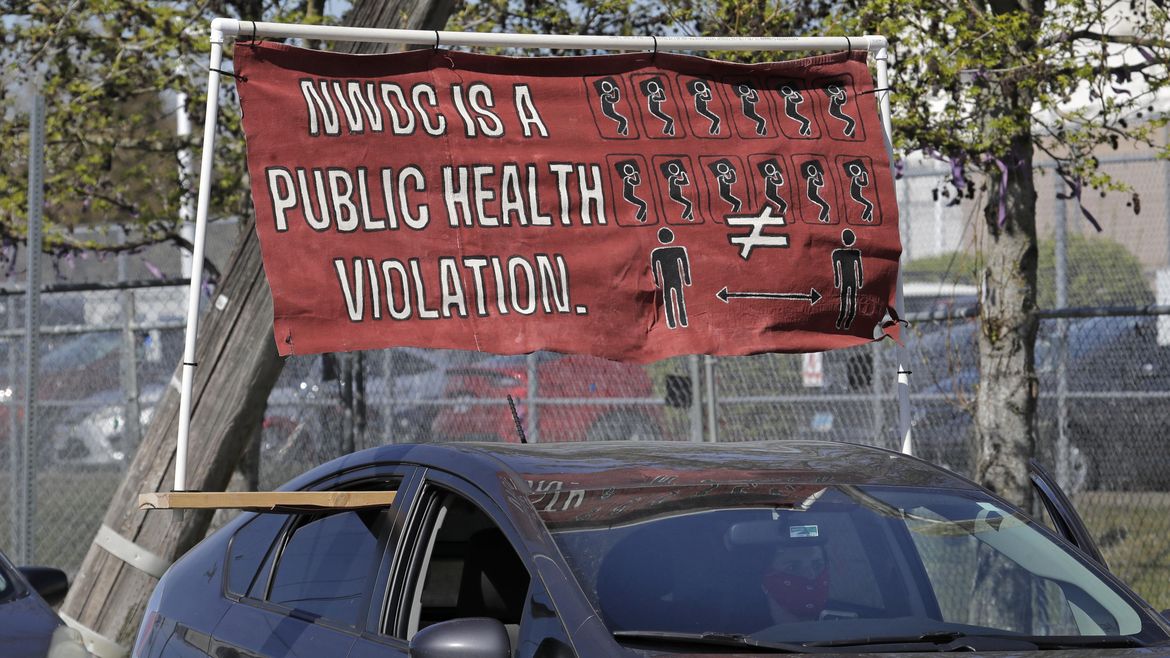 A 42-year-old Mexican man died in a South Texas hospital while being held pending his deportation, immigration authorities said Monday. 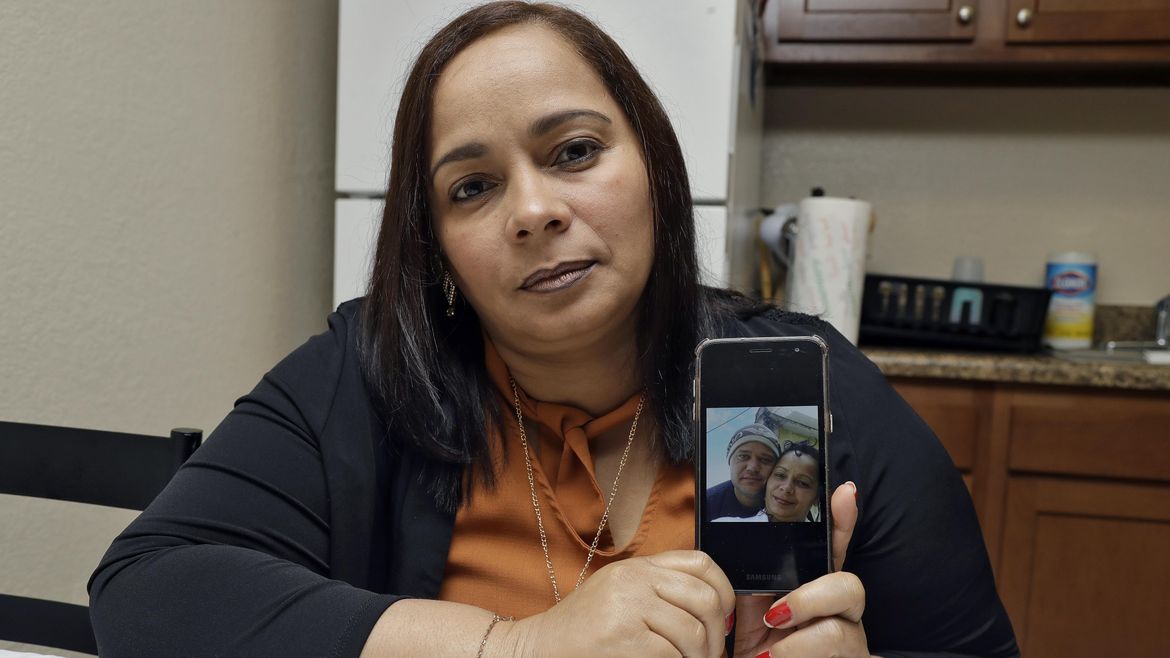 Washington’s undocumented residents would have more protections under bills that passed the Legislature this year. 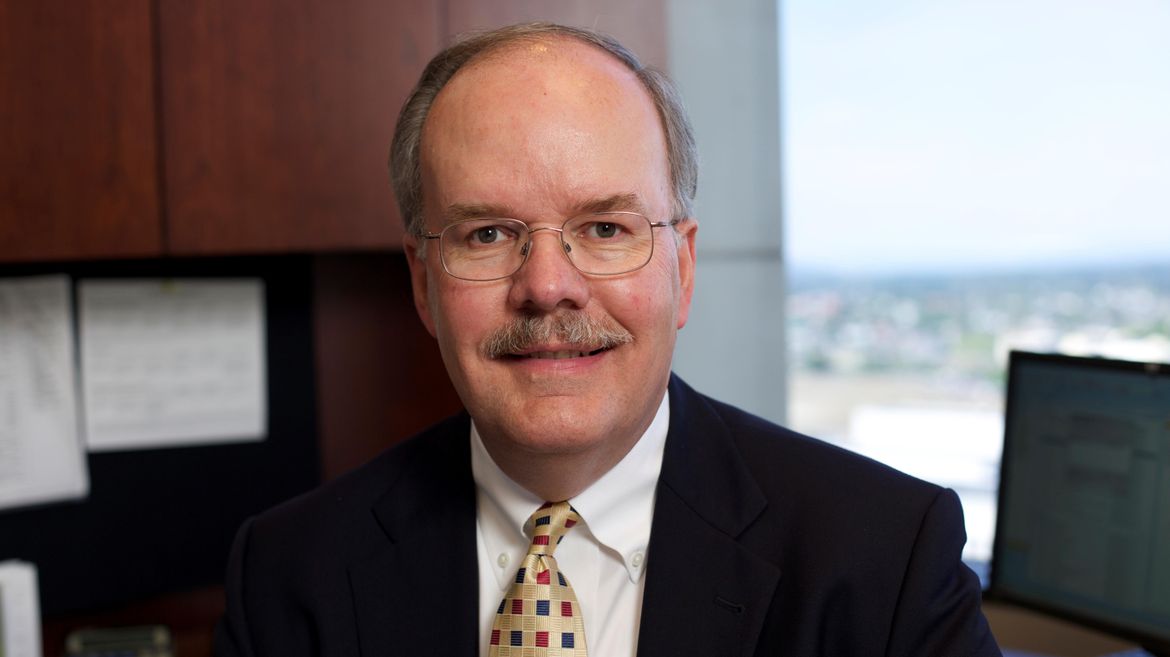 Federal attorneys in Seattle filed what may be an opening shot in a battle over immigration policies and their enforcement.

Student immigration status would be protected under Washington Senate bill

A student’s immigration or citizenship status would be protected and law enforcement officers couldn’t get it without a valid judicial warrant under a bill being considered by a Senate panel.

A New York judge denied the U.S. government’s request Thursday to toss out a lawsuit challenging the constitutionality of Immigration and Customs Enforcement arrests in New York courthouses. 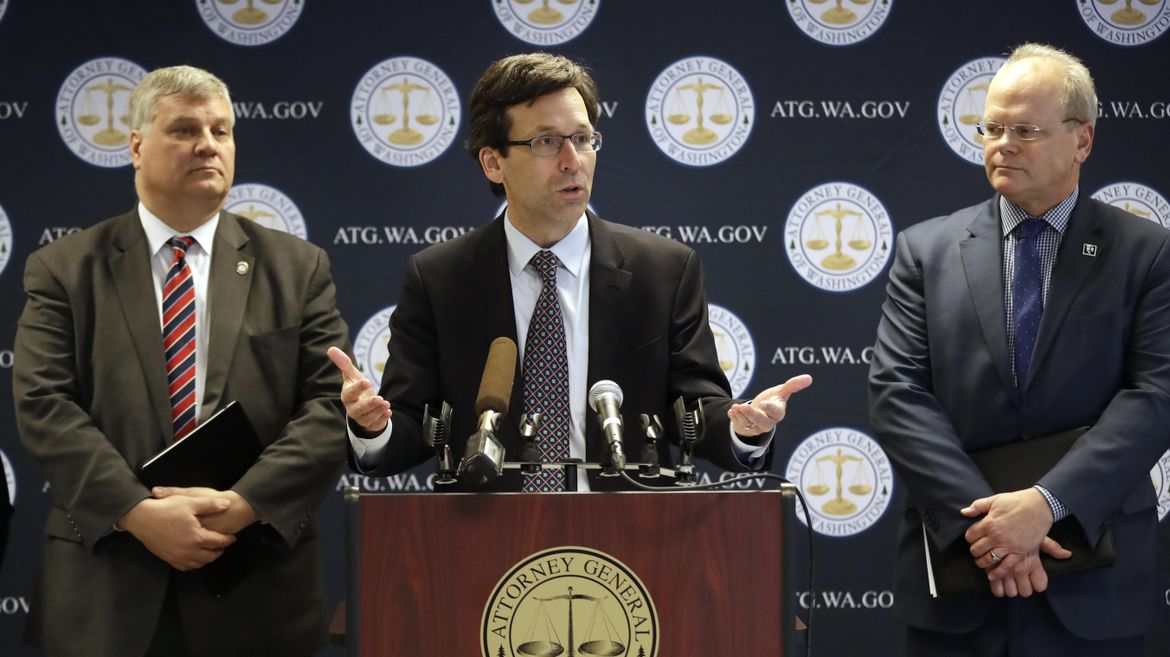 Contending it is the best way to get the federal government’s attention, Washington Attorney General Bob Ferguson said he is suing the Department of Homeland Security to make its agents … 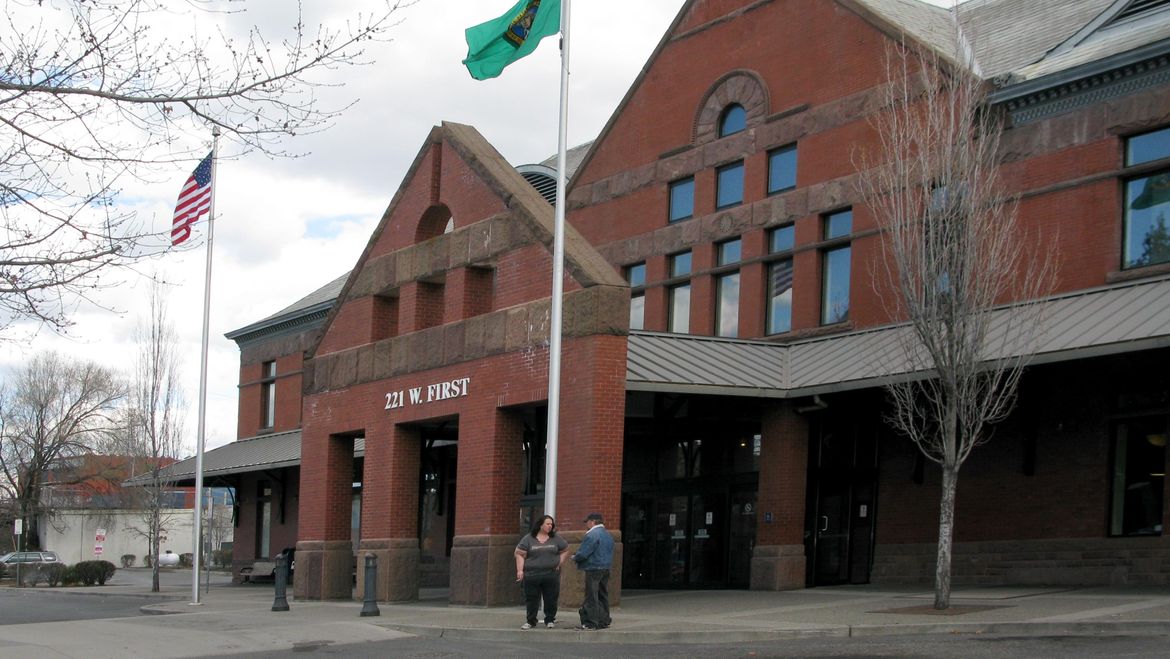 The U.S. Border Patrol says agents arrested two Mexican citizens and an American smuggler who attempted to transport the pair across the Canadian border near Oroville, Washington, last weekend. Agents … 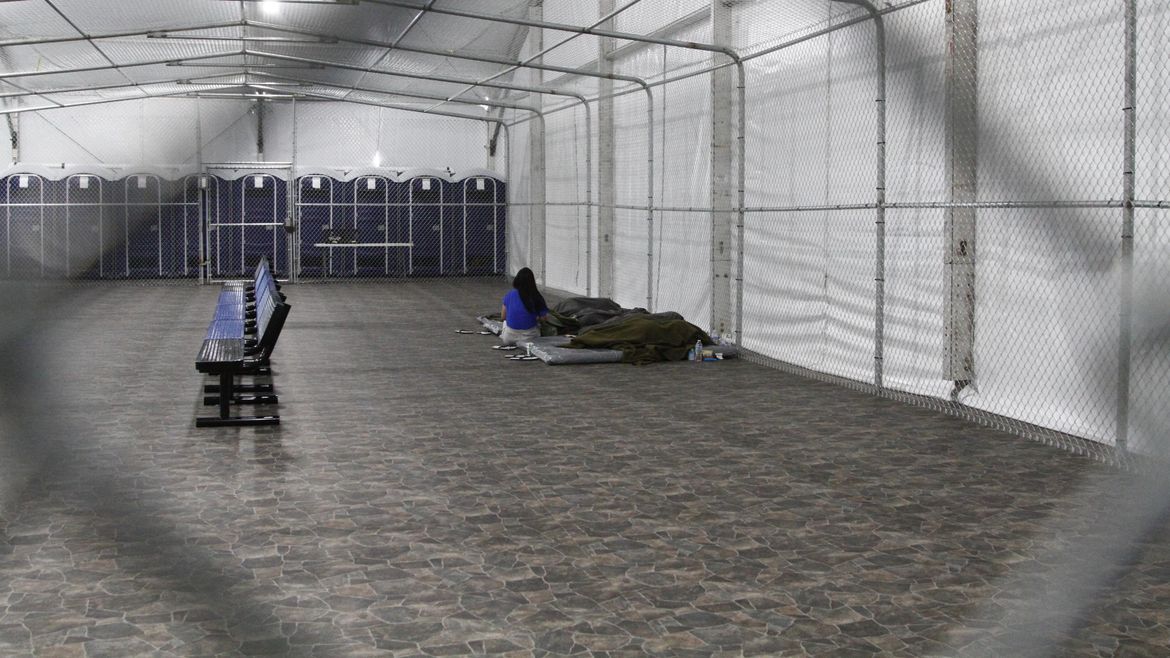 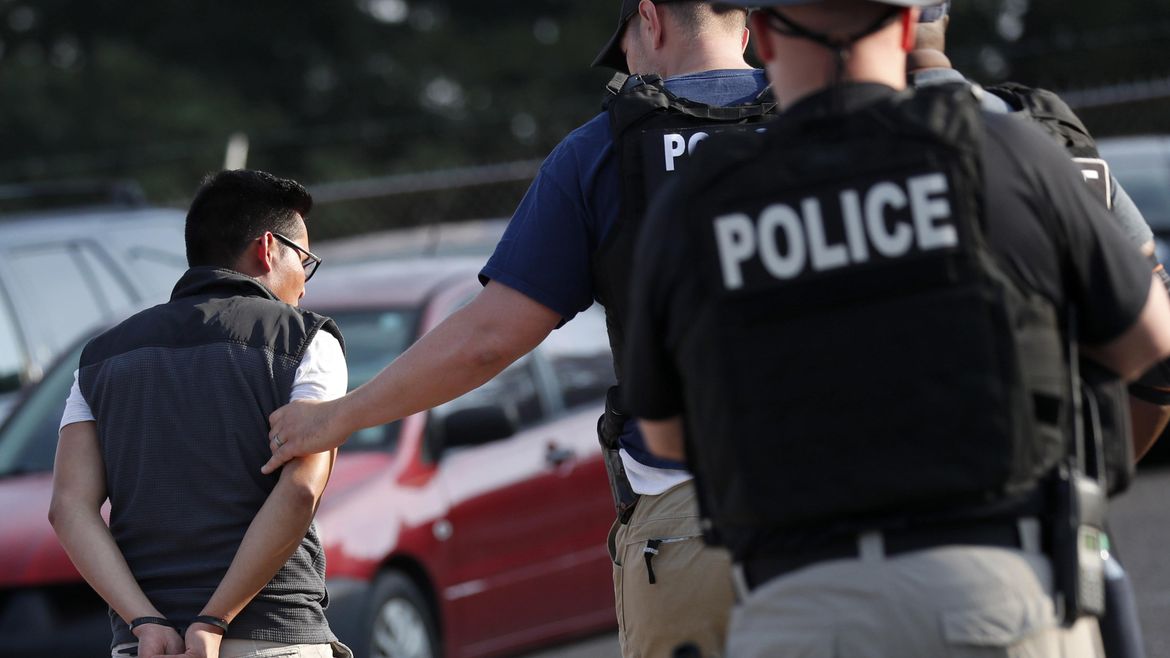 ICE raids raise question: What about the employers?

The images of children crying after their parents were arrested in a massive immigration raid in Mississippi revived a longstanding complaint: Unauthorized workers are jailed or deported, while the managers … 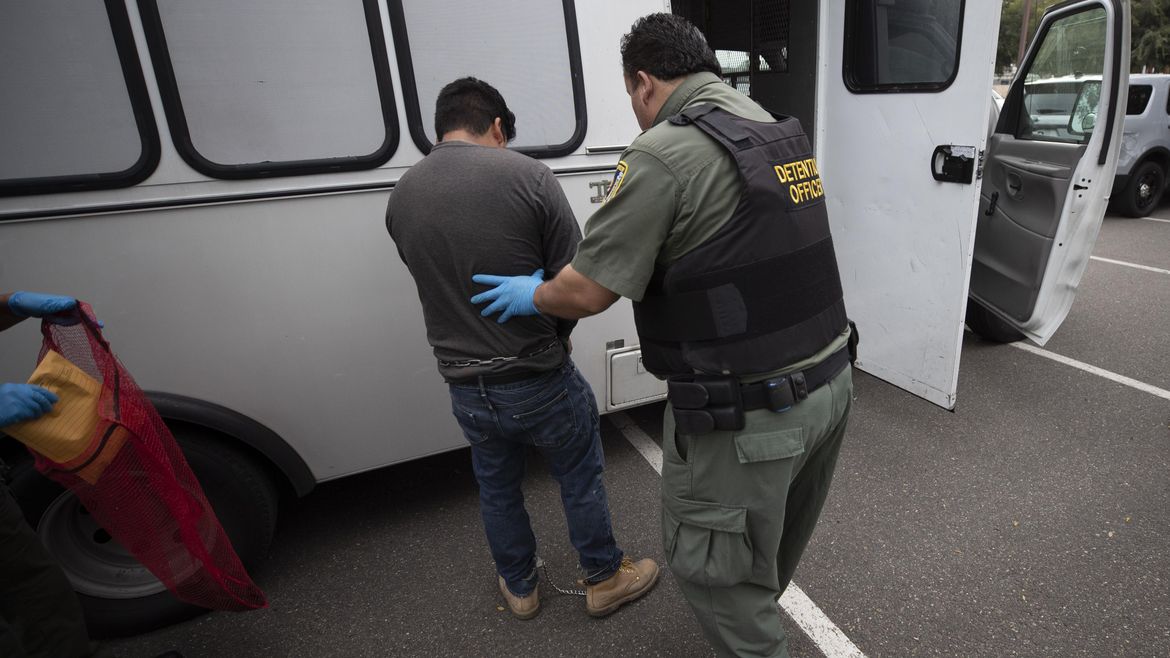 The immigration enforcement operation touted by President Donald Trump that targeted some 2,000 people resulted in 35 arrests. 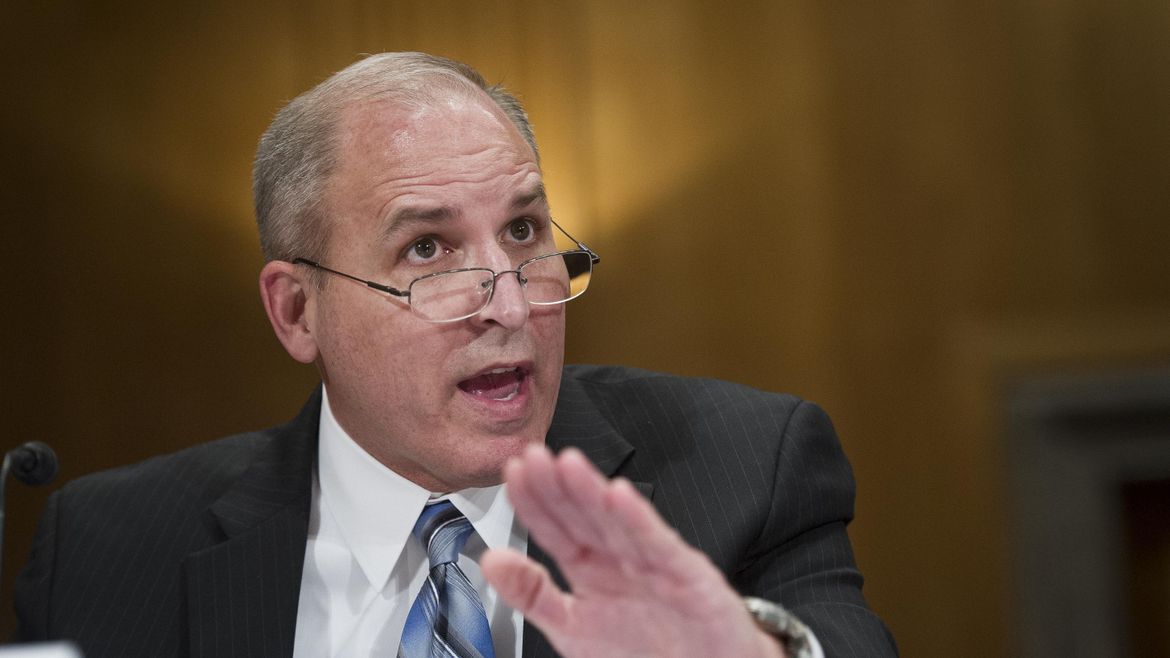 President Donald Trump is tapping a border patrol chief who served under the Obama administration to lead Immigration and Customs Enforcement. 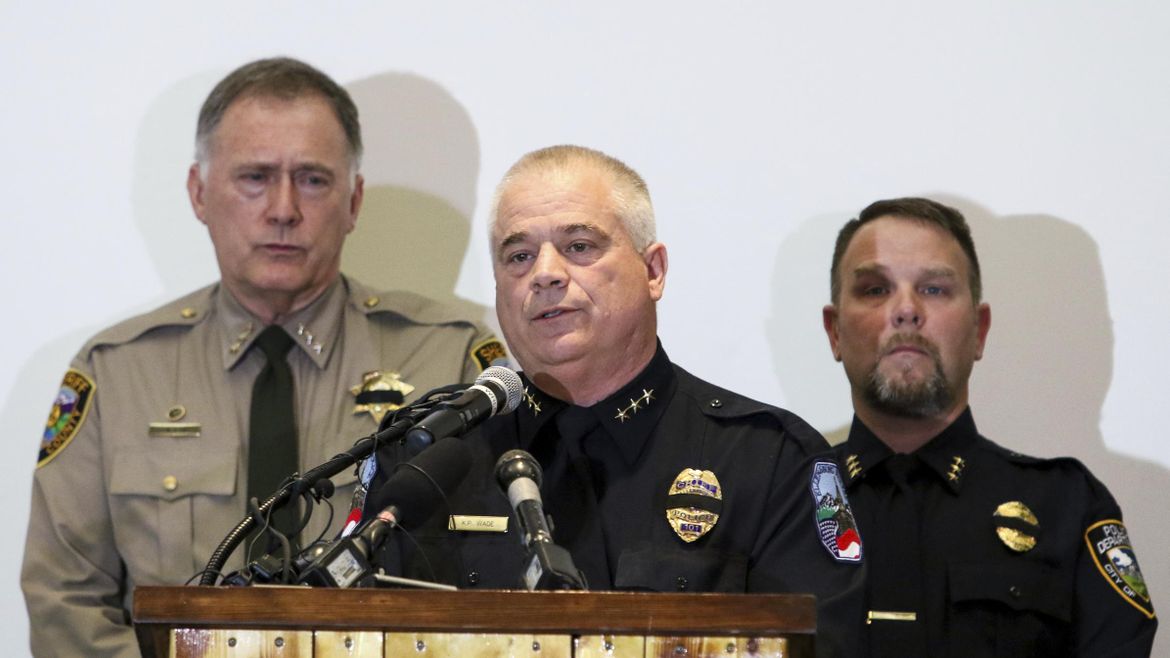 The road rage suspect who killed a sheriff’s deputy, wounded a police officer and died in a central Washington state shootout this week was living in the United States illegally

As the president of the Western States Sheriffs’ Association, I have the privilege of representing sheriffs from 16 states west of the Mississippi River on a variety of issues. One … 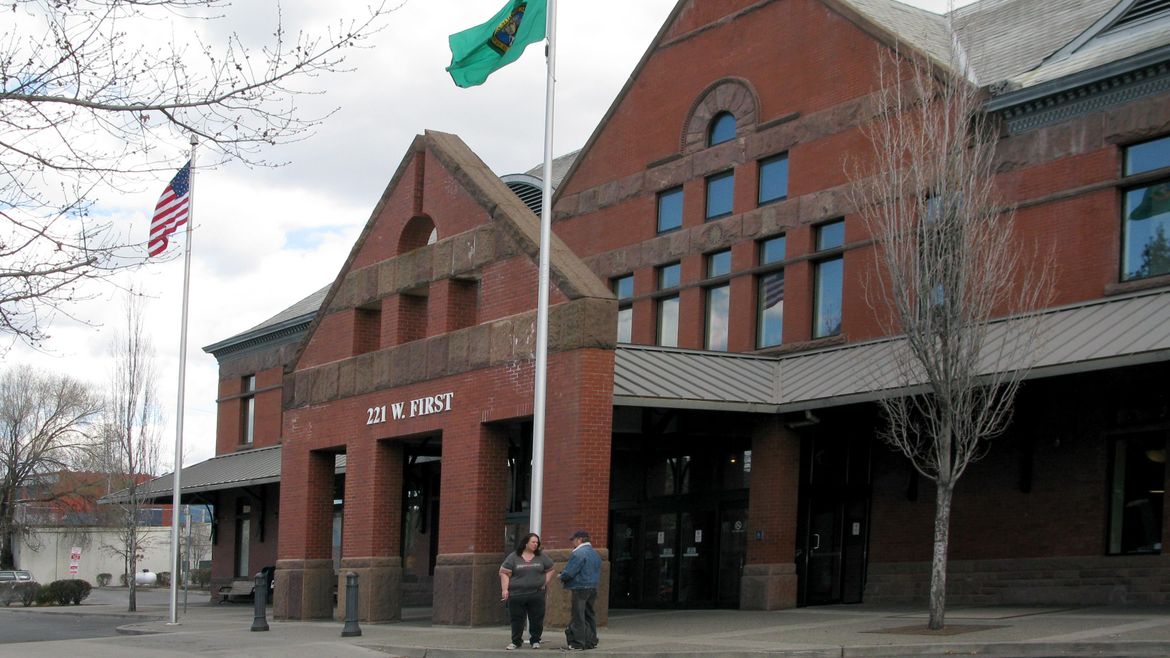 In less than six years, Border Patrol made nearly 200 arrests at the Spokane Intermodal Center

U.S. Border Patrol agents have arrested three people at the Spokane Intermodal Center in the past week and made nearly 200 apprehensions at the downtown bus depot since the start … 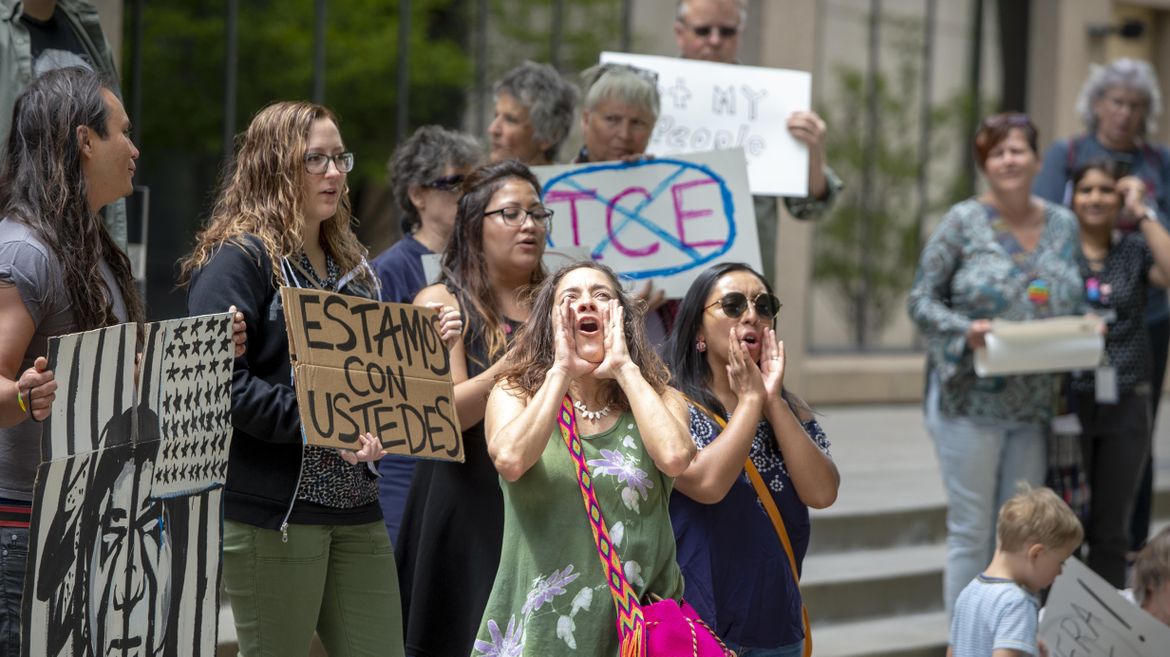 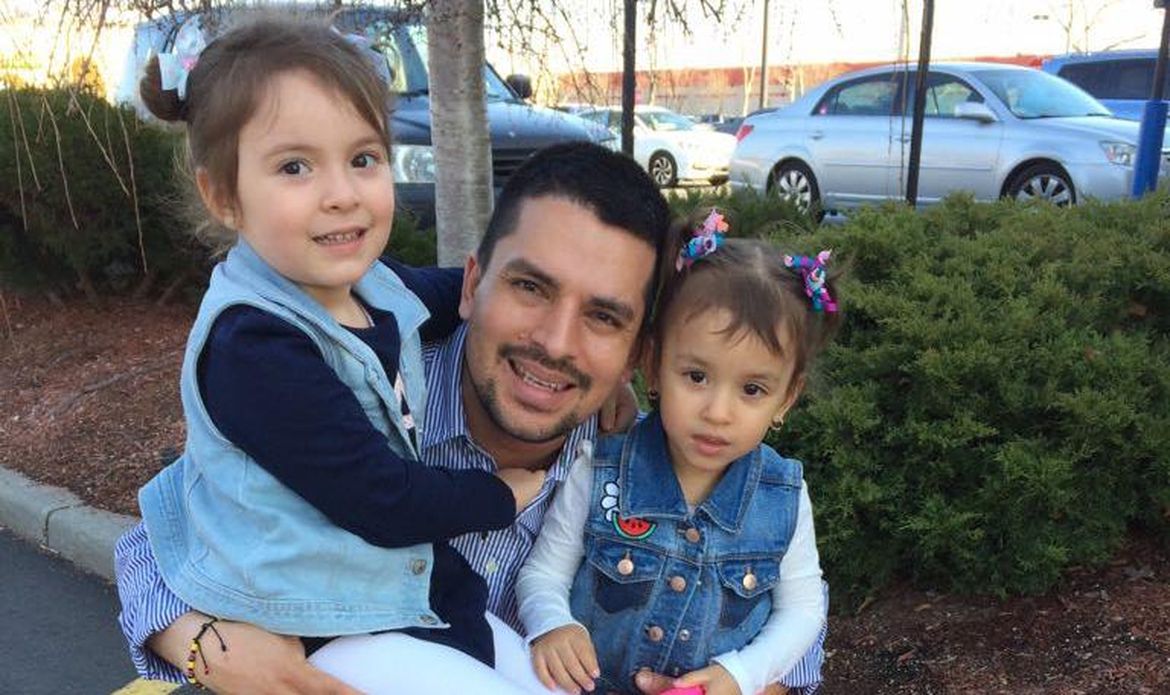 He went from delivering pizza to being detained by immigration officers.

Michael Gerson: ICE and the bitter fruit of dehumanization

The attitude of President Trump toward federal law enforcement is, to put it mildly, mixed. The FBI refused to bend to his will. So it is comprised of “hardened Democrats” …

Trump takes ‘shackles’ off ICE, which is slapping them on immigrants who thought they were safe

A week after he won the election, President Donald Trump promised that his administration would round up millions of immigrant gang members and drug dealers. But as ICE officers get … 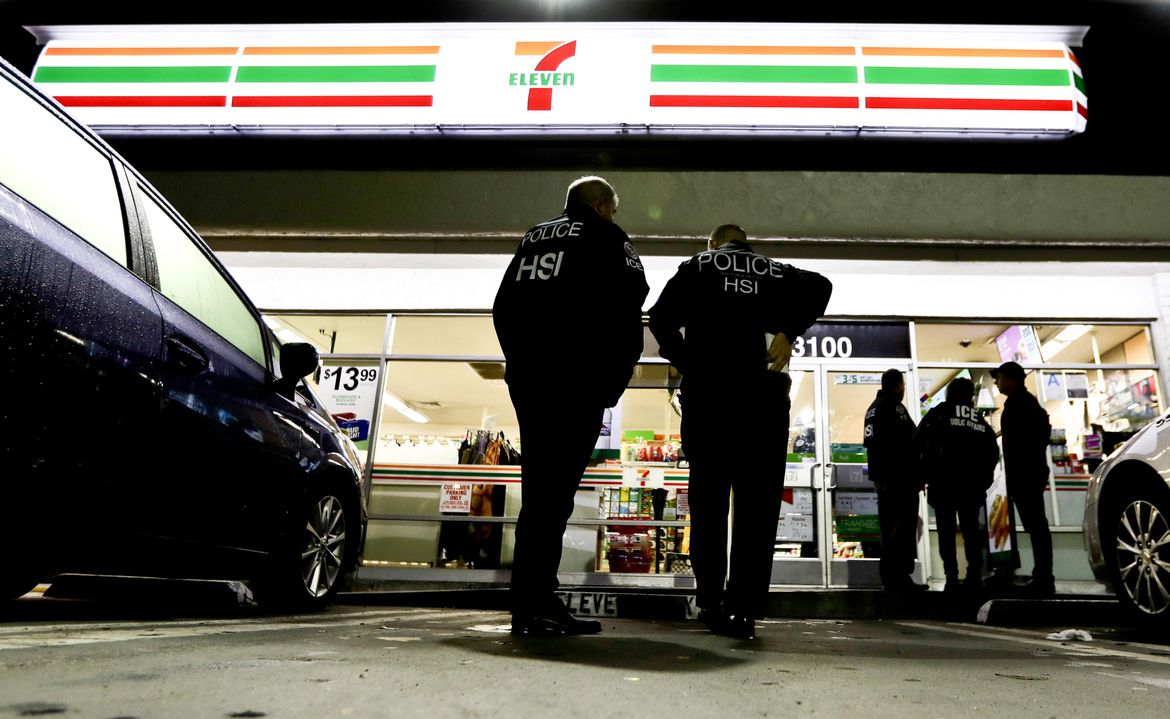 Seven immigration agents filed into a 7-Eleven store before dawn Wednesday, waited for people to go through the checkout line and told arriving customers and a driver delivering beer to … 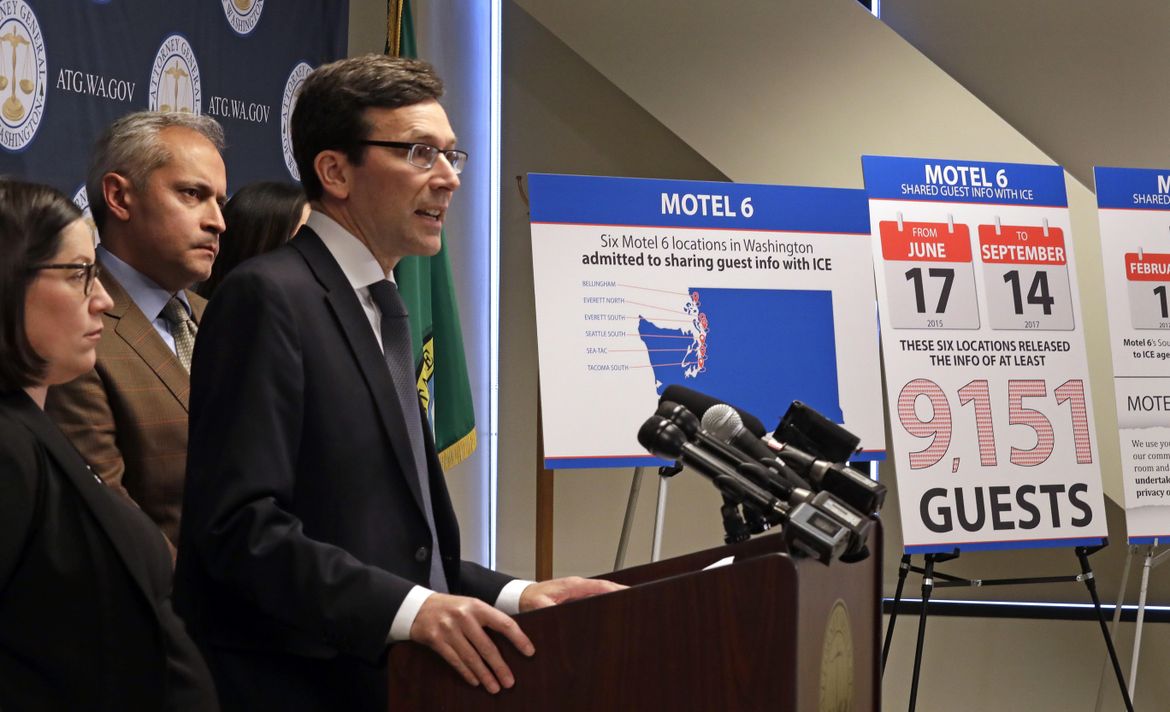 Rather than as a result of weak border protections, Garcia Zarate ended up in San Francisco through multilevel bureaucratic incompetence.

Amy Goodman and Denis Moynihan: Call for police brutality is no joke

Trump’s calls for violence are no joke, and people across the political spectrum should demand an end to his violent rhetoric.

Immigration and Customs Enforcement is suspending a recently adopted practice of reporting cities that don’t cooperate with federal detention efforts after the first few reports were plagued by errors.