The Spokane Braves’ 50th season will have to wait until next year. 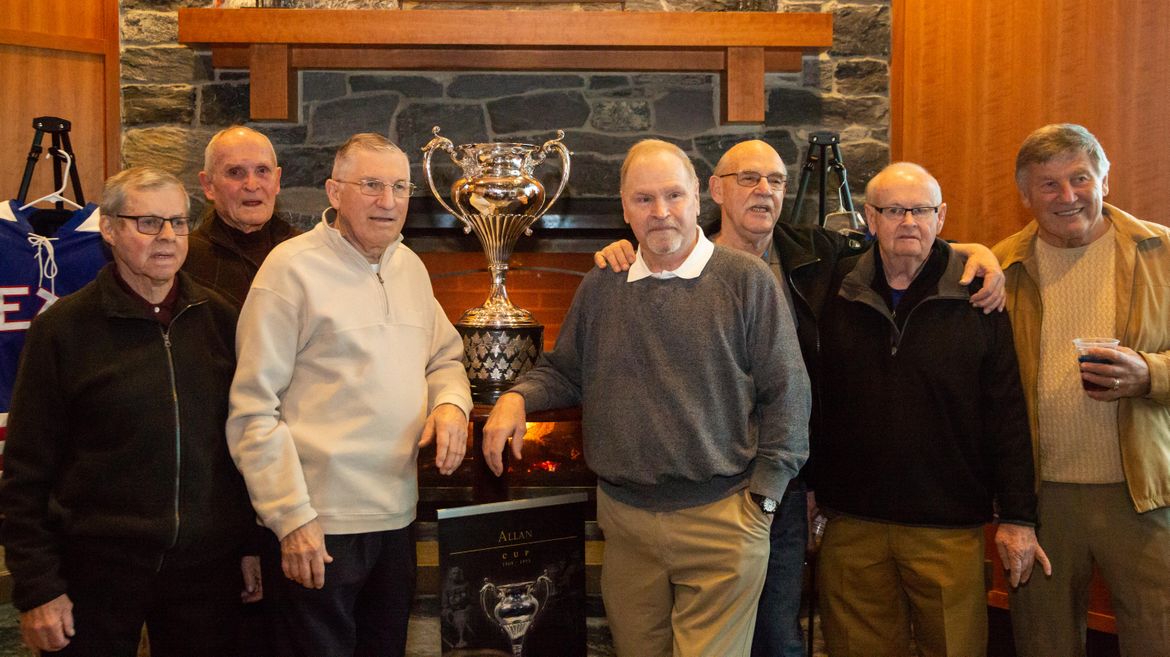 The course of a hockey game can change on a big goal or a big hit. But can it change on an assist? If you’re the Spokane Chiefs, absolutely. Sixteen-year-old … 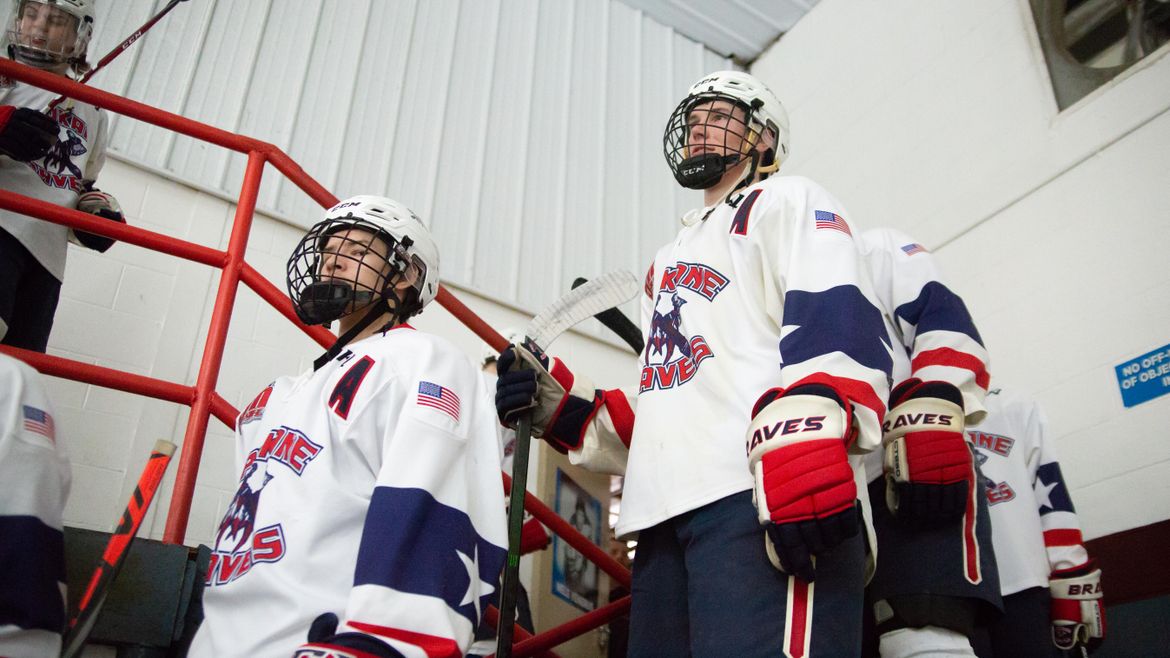 Derek Humphreys came to the game of hockey like so many young athletes end up in any sport: His dad played it. And for Humphreys, the sport took hold. 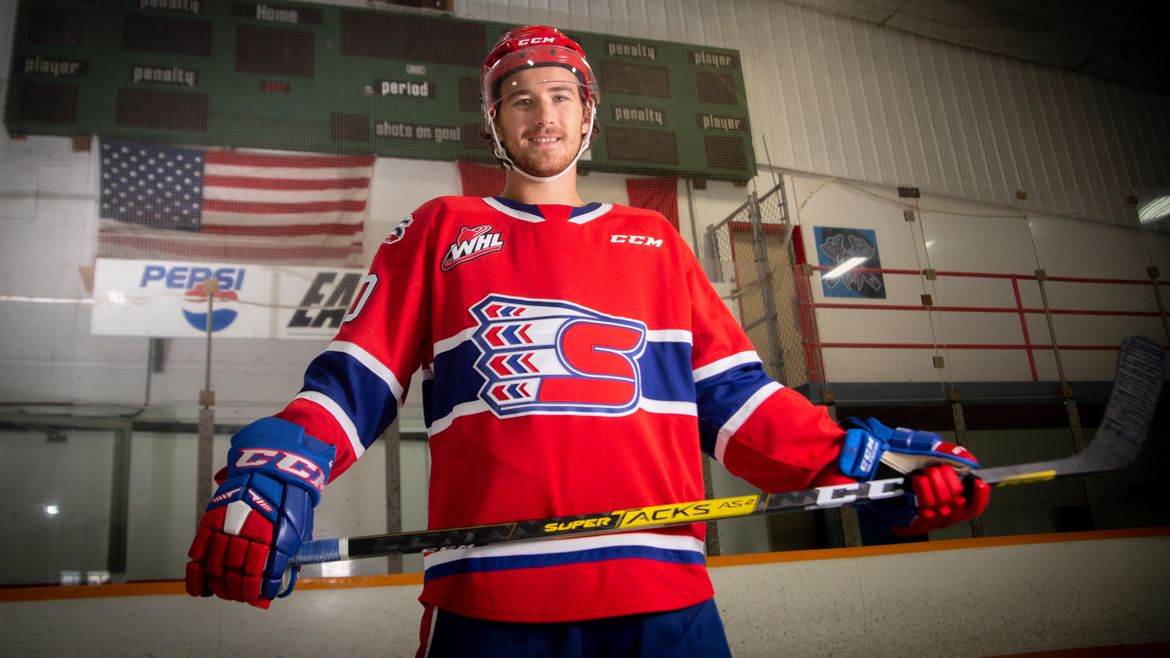 Ethan McIndoe took the ice at Eagles Ice Arena during practice recently, the old man and a sea of 16- and 17-year-old skaters. 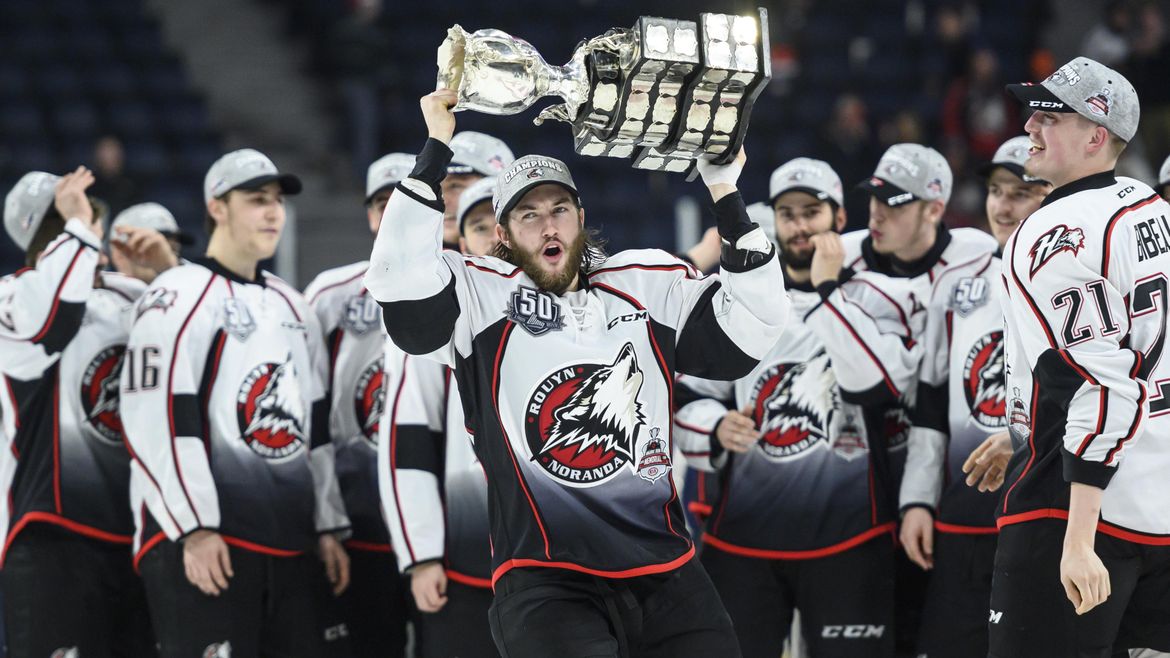 The Rouyn-Noranda Huskies beat the Halifax Mooseheads one last time to win their first Memorial Cup. 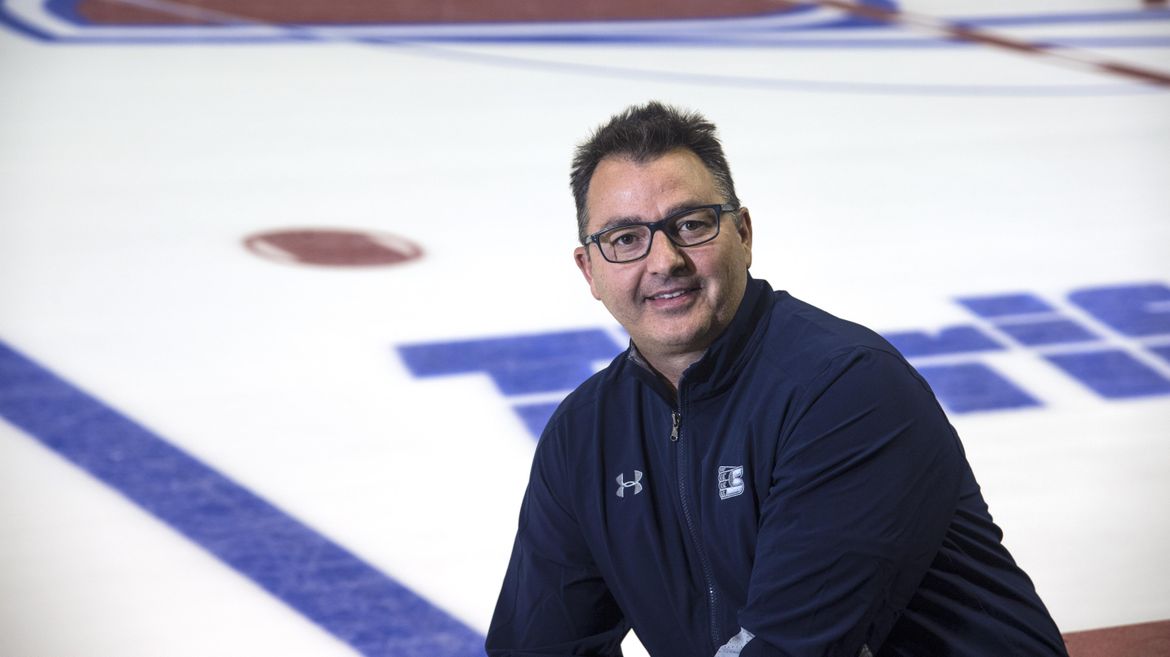 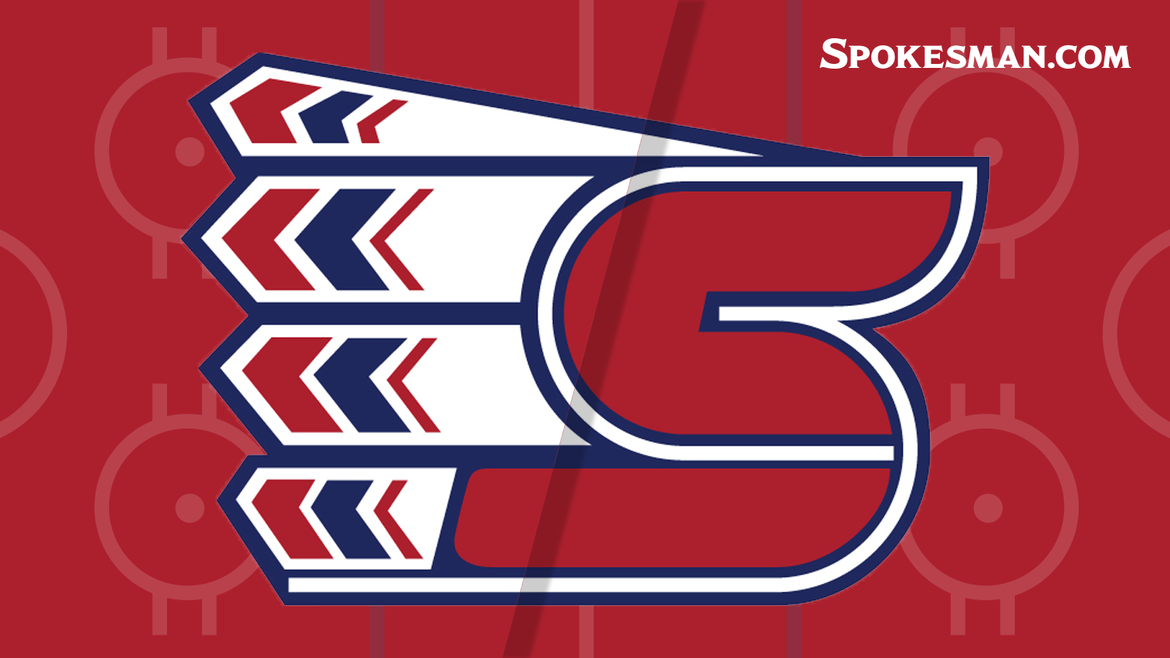 If you were to look at the box score of Wednesday’s Spokane Chiefs game against the visiting Prince George Cougars, you might be confused. After all, the teams had a … 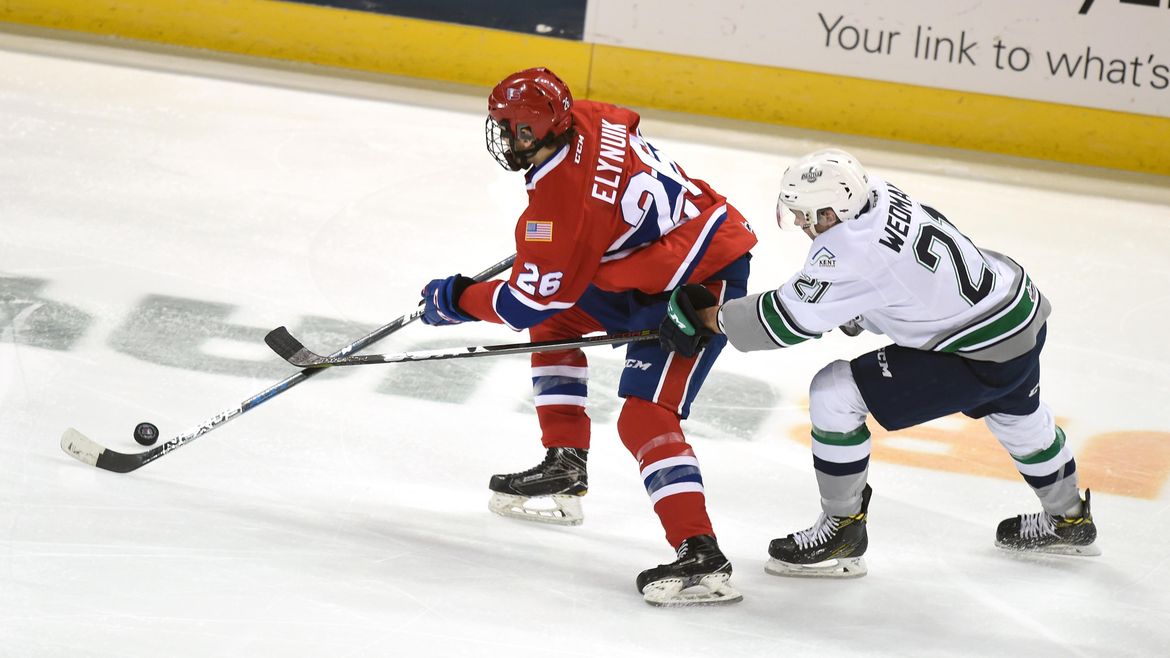 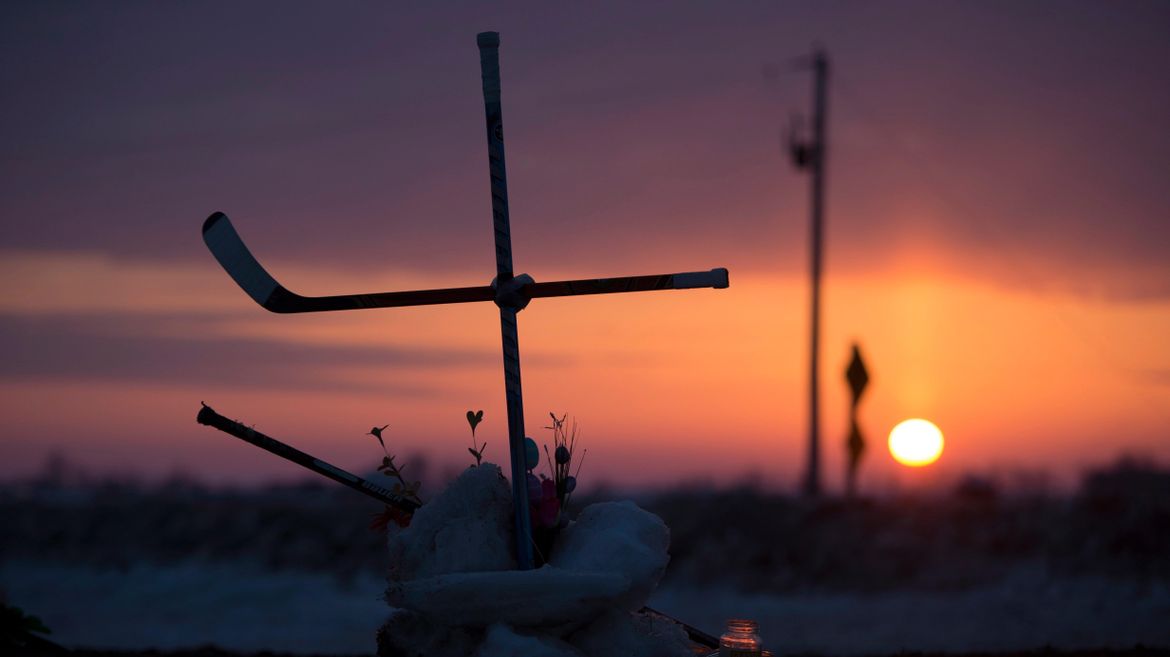 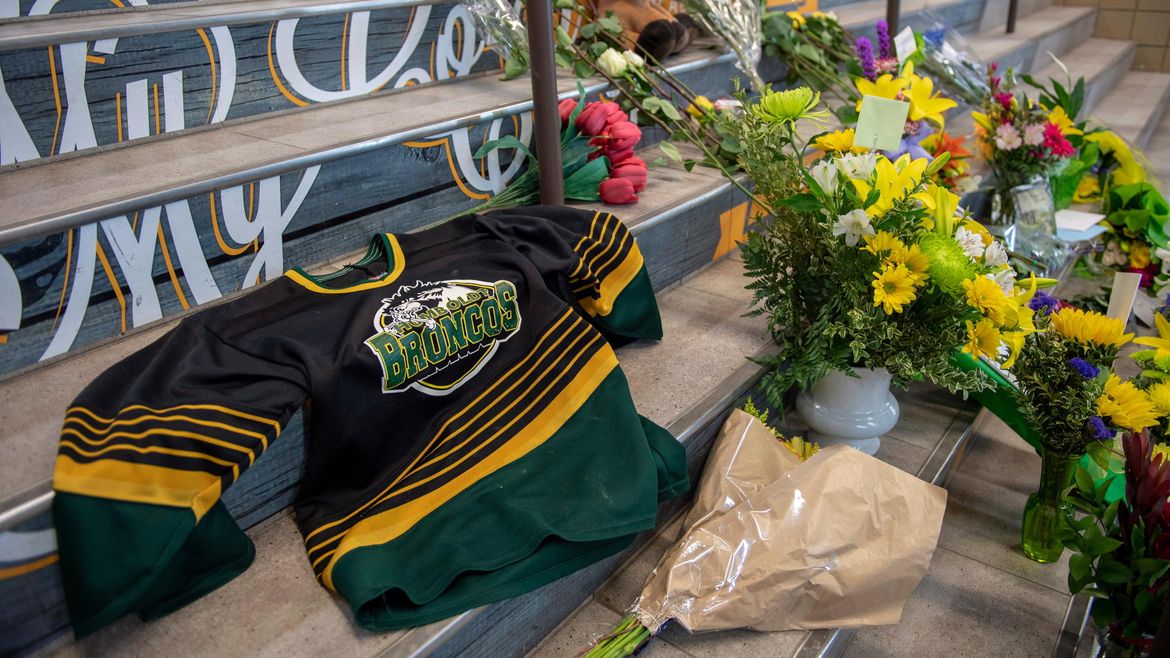 Some of the best moments shared between teammates aren’t in the arena or on the bench or in the locker room. 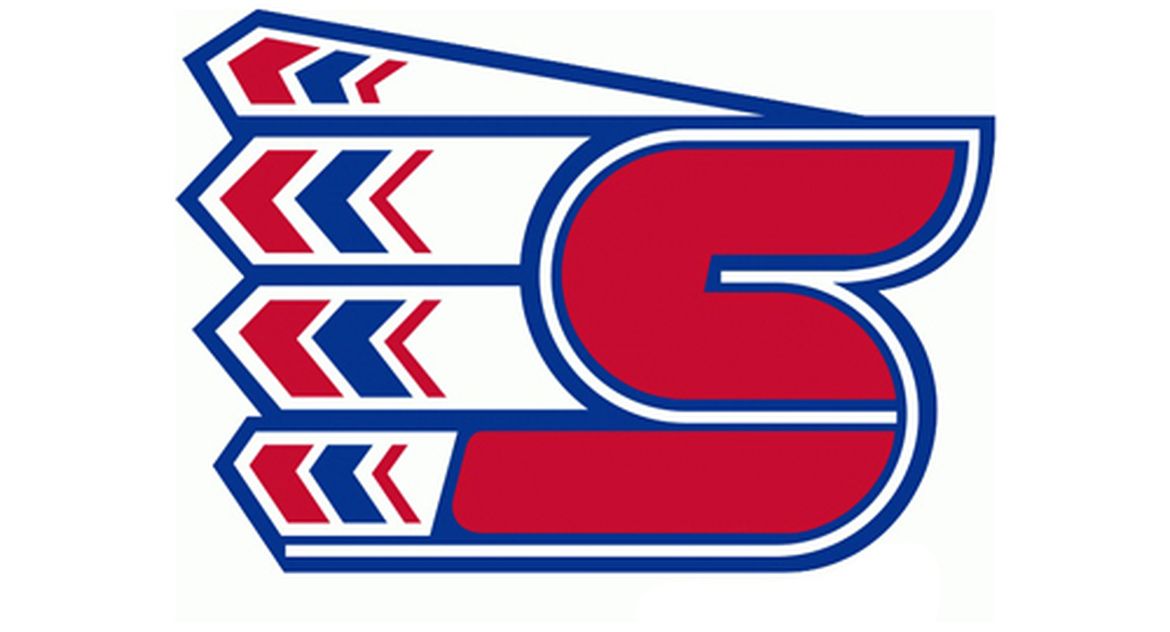 The Everett Silvertips got the first and last goals Sunday night but the Spokane Chiefs scored everything in between in a 5-2 victory for their third victory in three nights.

The Seattle Thunderbirds had an answer to the Spokane Chiefs’ four-goal second period on Friday. 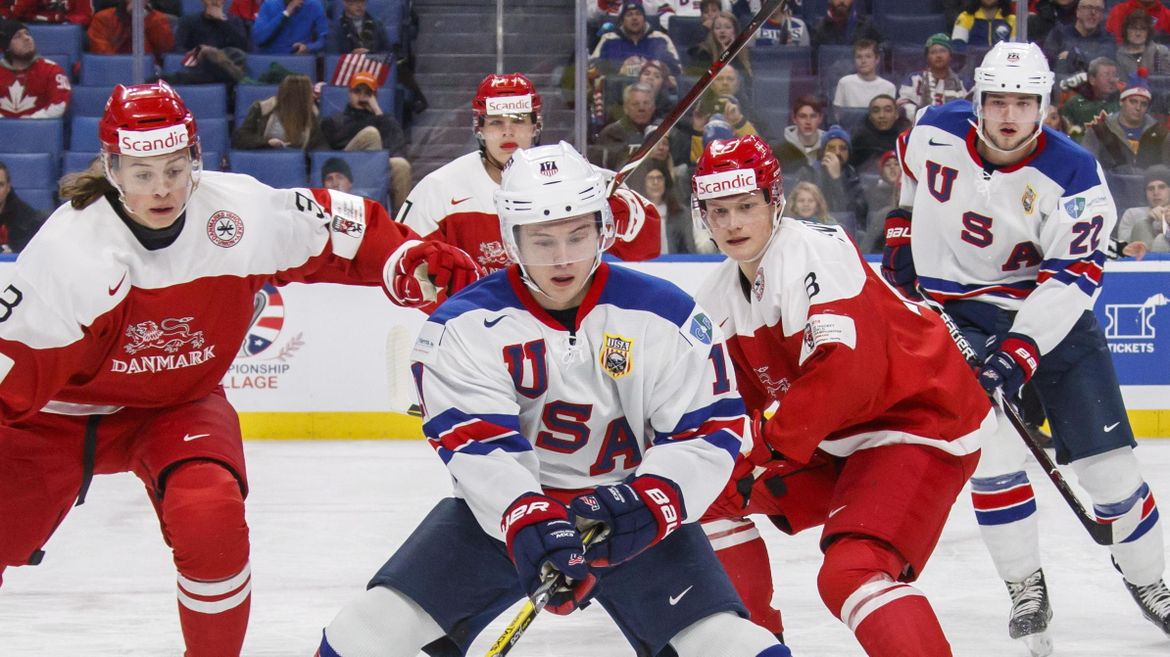 Casey Mittelstadt and Kieffer Bellows each scored two goals, Joseph Woll made 17 saves and the United States began its title defense at the world junior hockey championship with a … 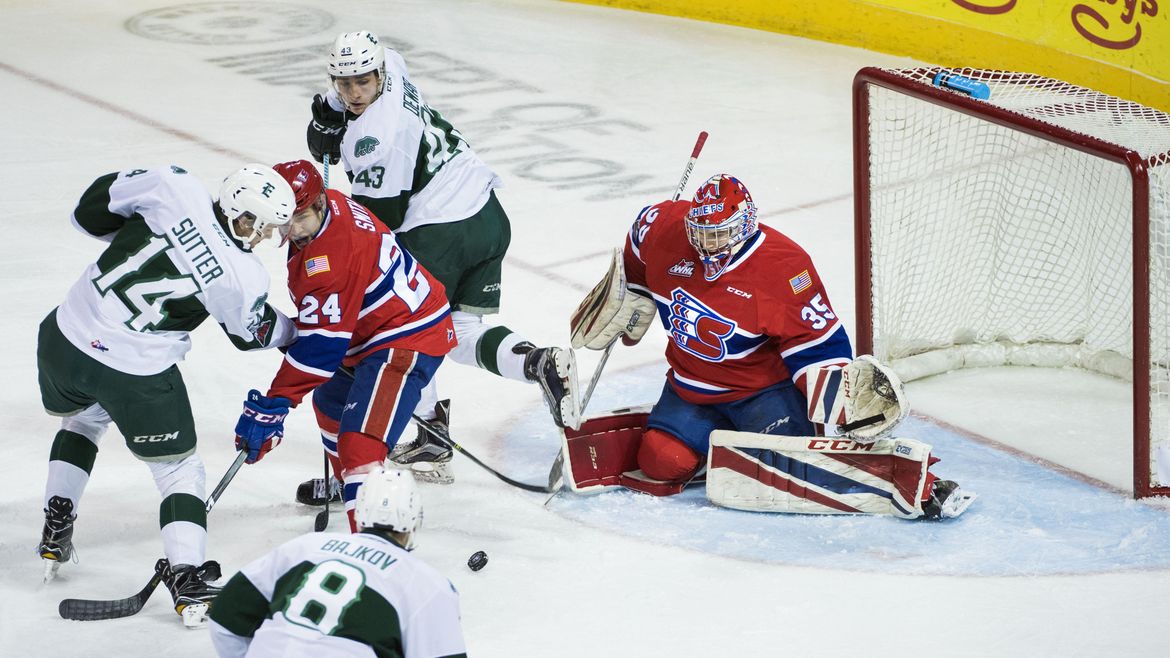 The Everett Silvertips came to Spokane as the hottest team in the Western Hockey League and riding a nine-game winning streak. The Spokane Chiefs made sure it didn’t reach 10.

The Spokane Chiefs’ power play was among the least lethal in the Western Hockey League coming into Saturday’s game against the visiting Regina Pats.

Idaho’s Arphaxad Carroll won the men’s 60 meters at the Idaho Duals indoor track event at the Kibbie Dome in Moscow. 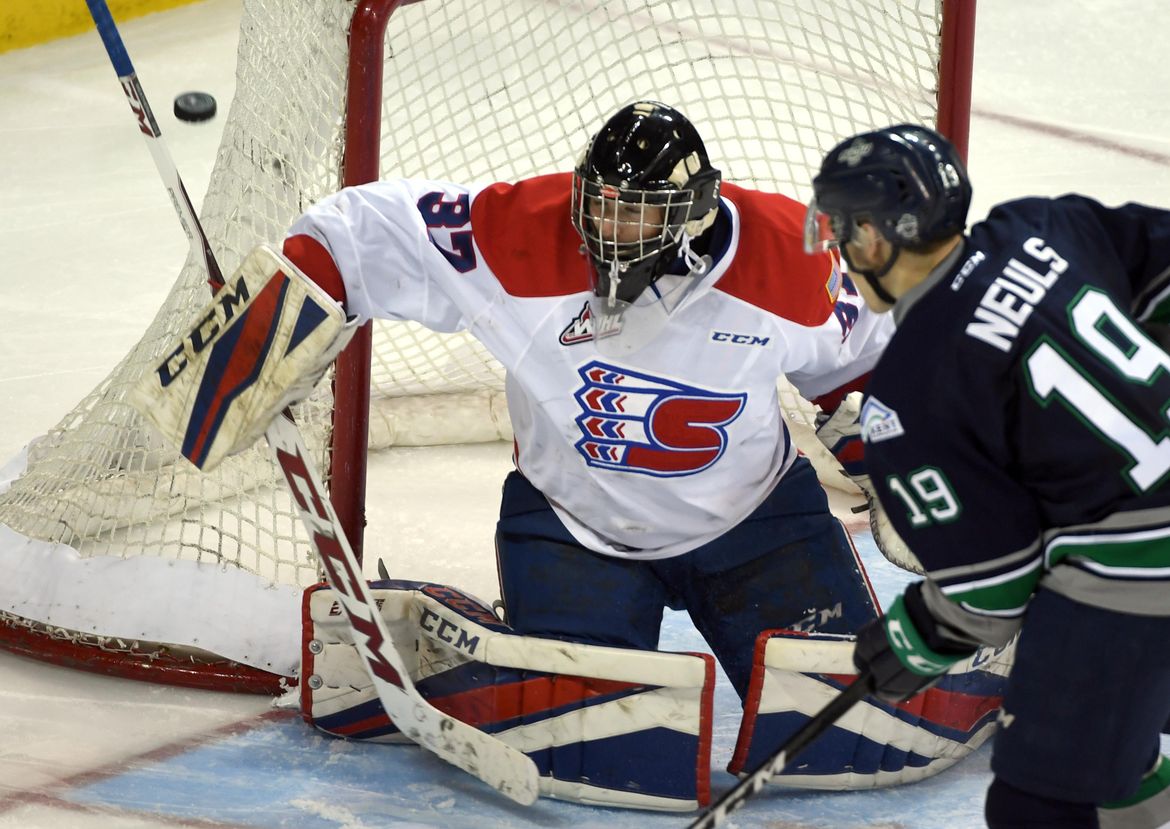 Due to road conditions throughout the state, The Spokane Chiefs game against the Seattle Thunderbirds at the Arena on Wednesday is postponed. 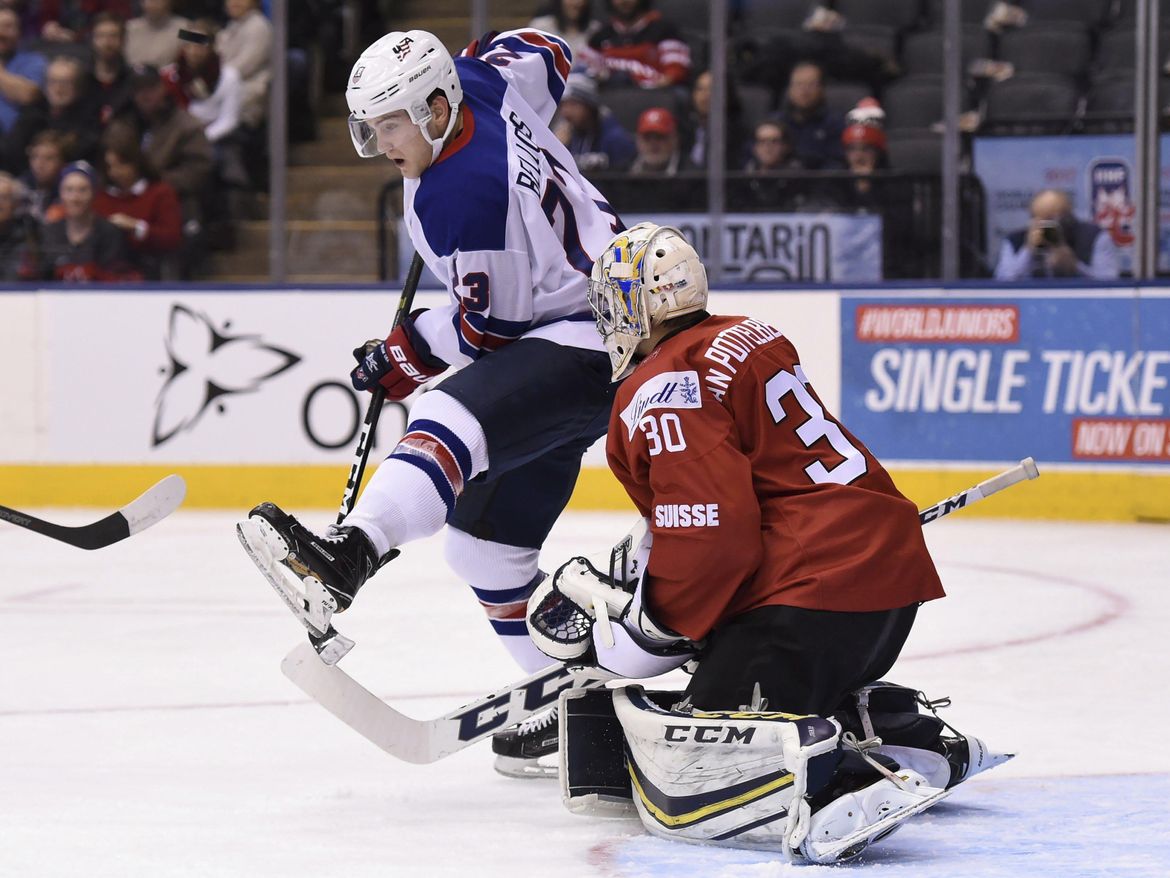 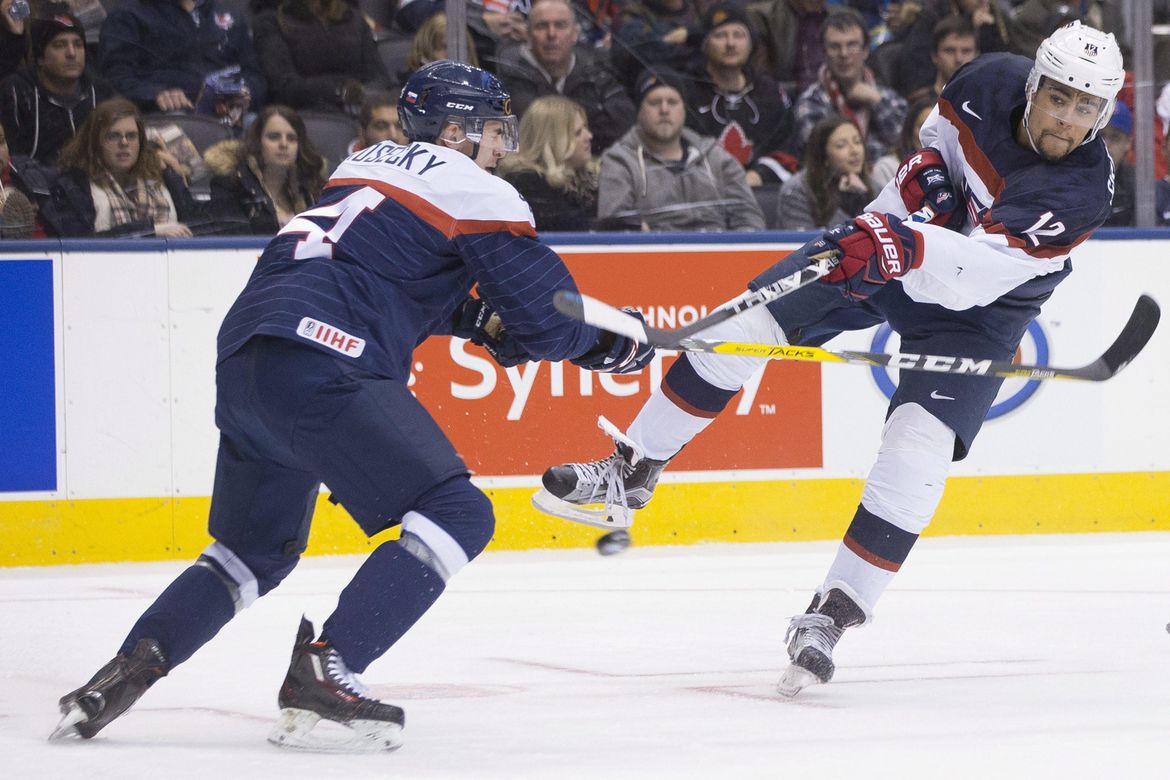 Evan Fiala scored late in the third period to draw the Spokane Chiefs within one goal, but the Tri-City Americans held on for a 6-5 win in Western Hockey League …

Washington State improved its record to 8-1after defeating Idaho 25-10, 25-13 and 25-17 to claim the Cougar Challenge volleyball tournament on Saturday afternoon in Pullman.

Few Good Men, a team made up mostly of former Gonzaga players, lost to Team Utah 93-81 Friday in Philadelphia in the Super 16 of The Basketball Tournament. 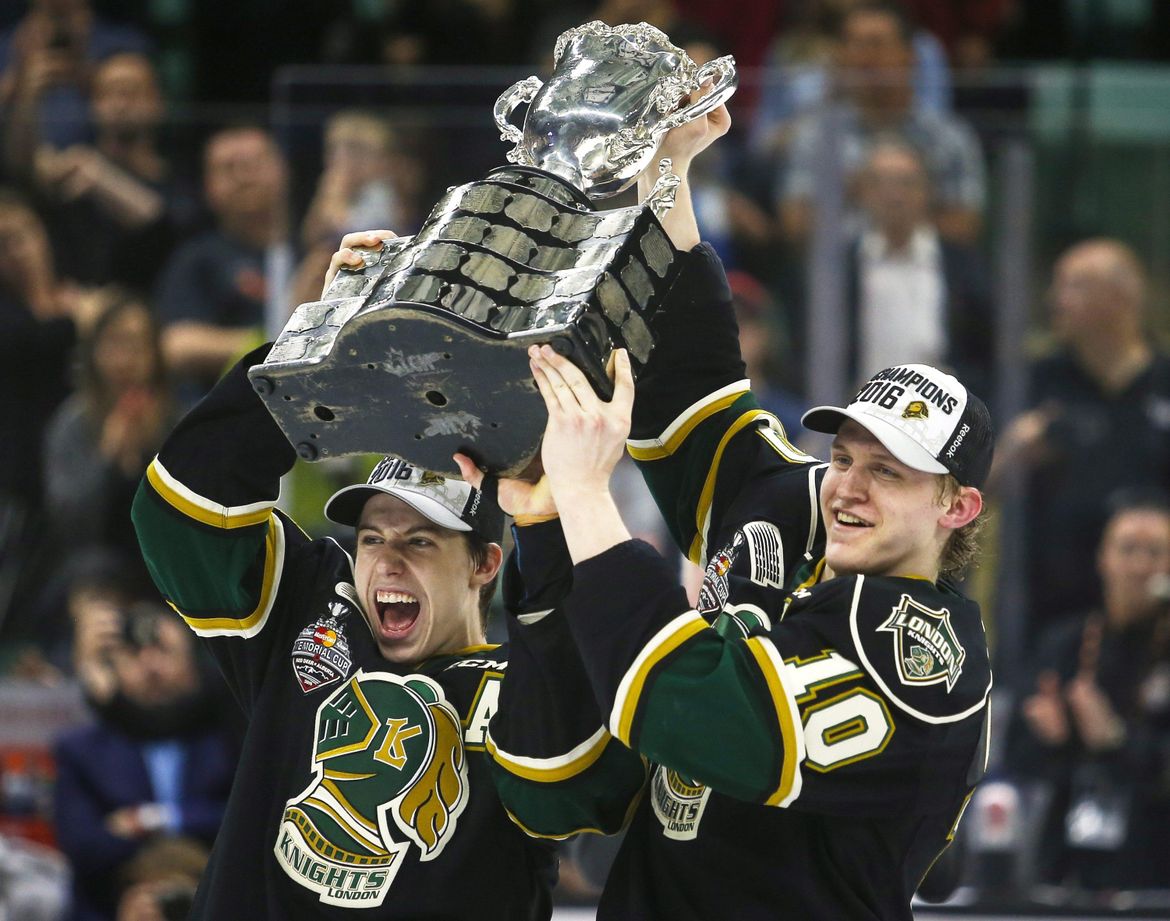 Matthew Tkachuk scored his second goal of the game 7:49 into overtime to give the London Knights a 3-2 victory over the Rouyn-Noranda Huskies on Sunday in the Memorial Cup … 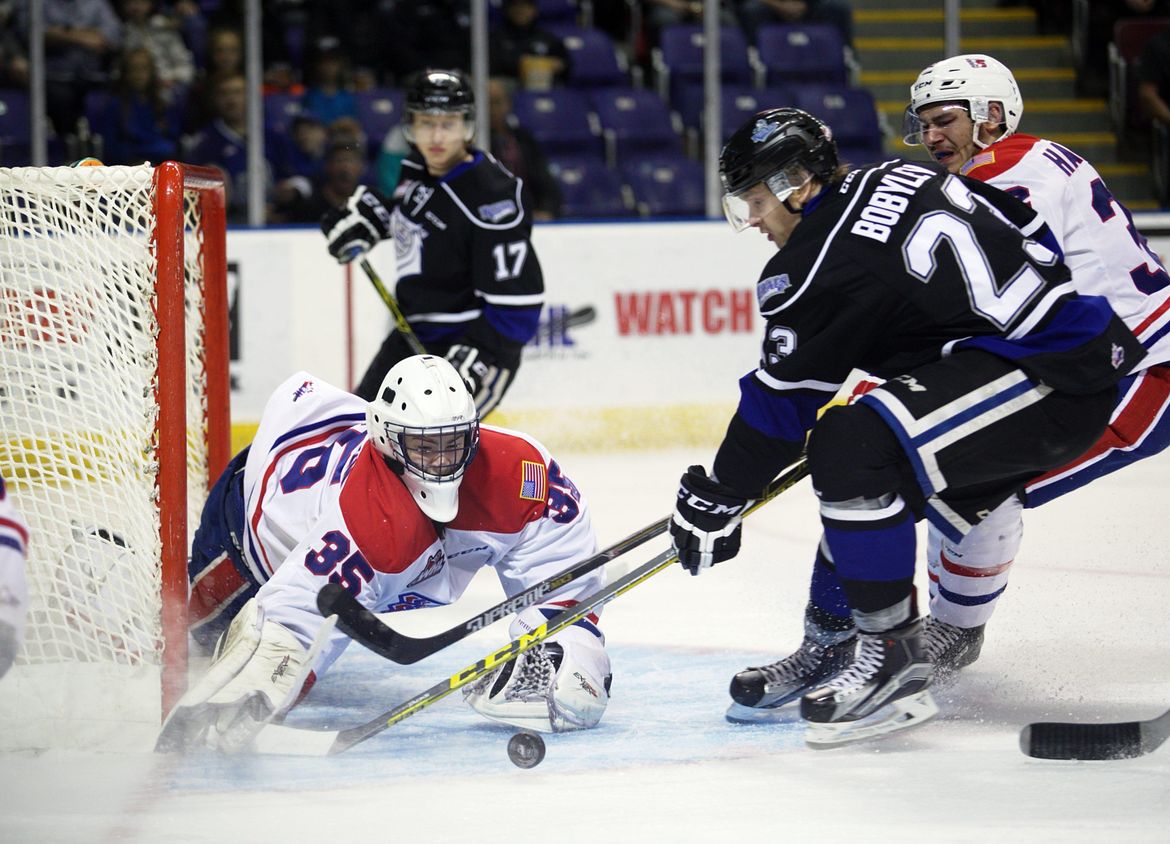 Birthday boy Matt Sozanski had a pair of assists to help pace the Chiefs to a convincing 4-1 win over the Victoria Royals on Friday night at Save-on-Foods Memorial Centre, …

Chiefs fall to Kelowna in shootout

Kelowna, B.C. – Justin Kirkland and Tomas Soustal scored shootout goals and the Kelowna Rockets beat the Spokane Chiefs 4-3 in a Western Hockey League game on Saturday. It was …

The Spokane Chiefs started strongly Saturday night and then faded. With Tri-City threatening to steal the game, Hudson Elynuik swiped the puck, raced up the ice and scored a short-handed …