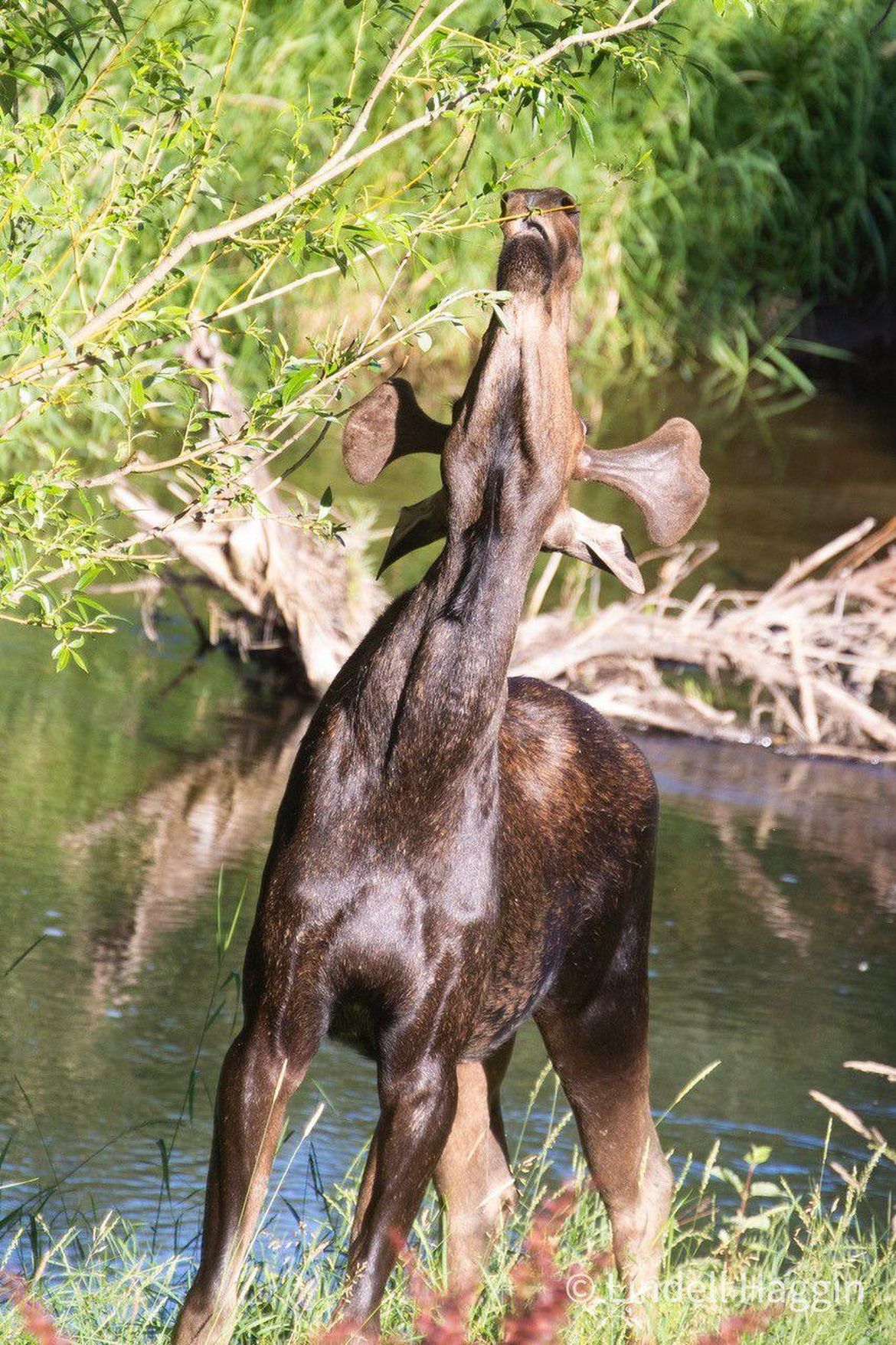 Reader photo: Ready for his close-up

Web extra: Submit your own outdoors-related photographs for a chance to be published in our weekly print edition and browse our archive of past reader submissions online at spokesman.com/outdoors. 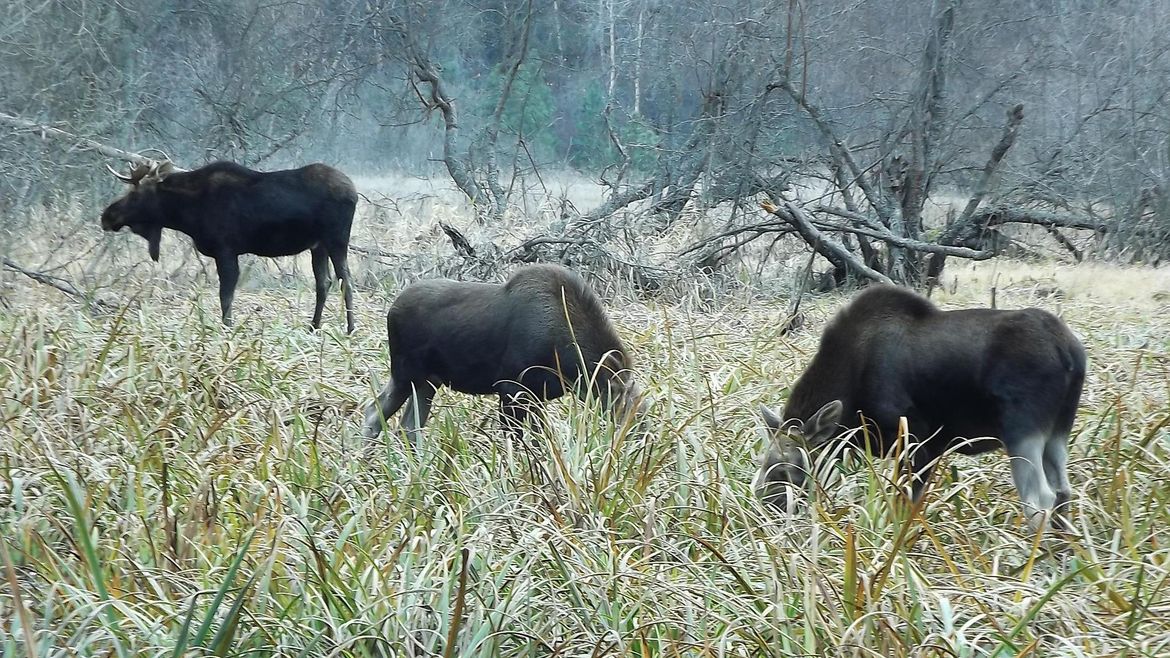 Jonathan Wisor captured this photo of a moose trio at a wetland on the bank of the Little Spokane River on Nov. 11. “I know not to approach a moose … 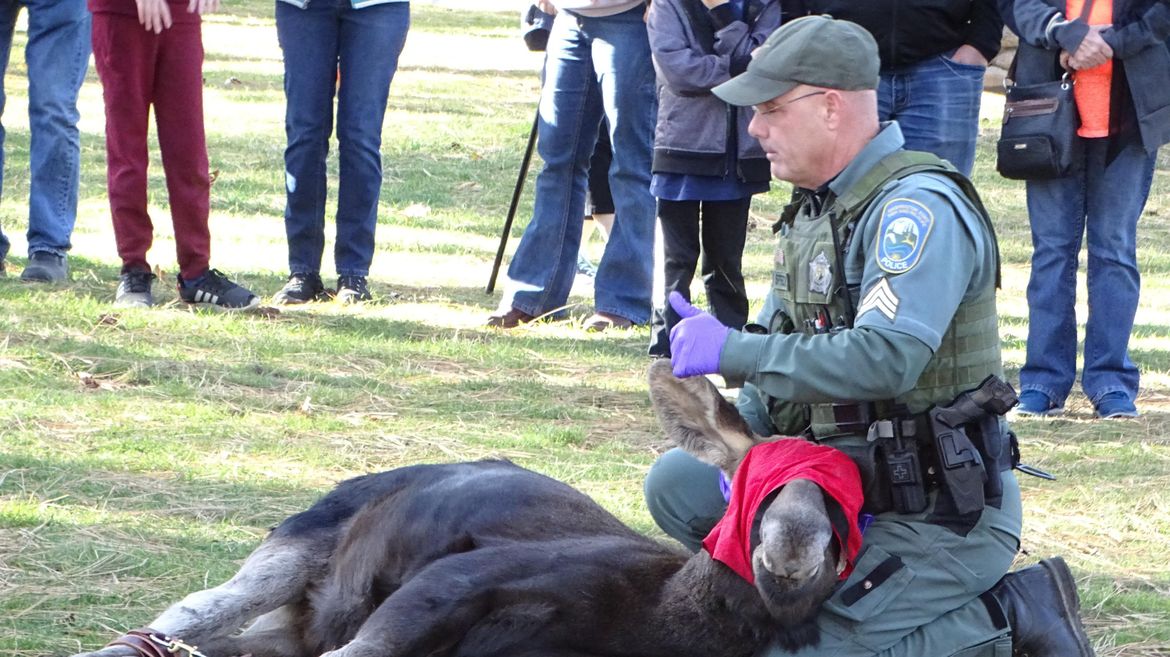 The Washington Department of Fish and Wildlife had to remove a momma moose and her two babies from Audubon Park on Friday. This photo, taken by Melaine Williams, shows a …

A young moose that got stuck in a New Hampshire swimming pool has been successfully coaxed out. 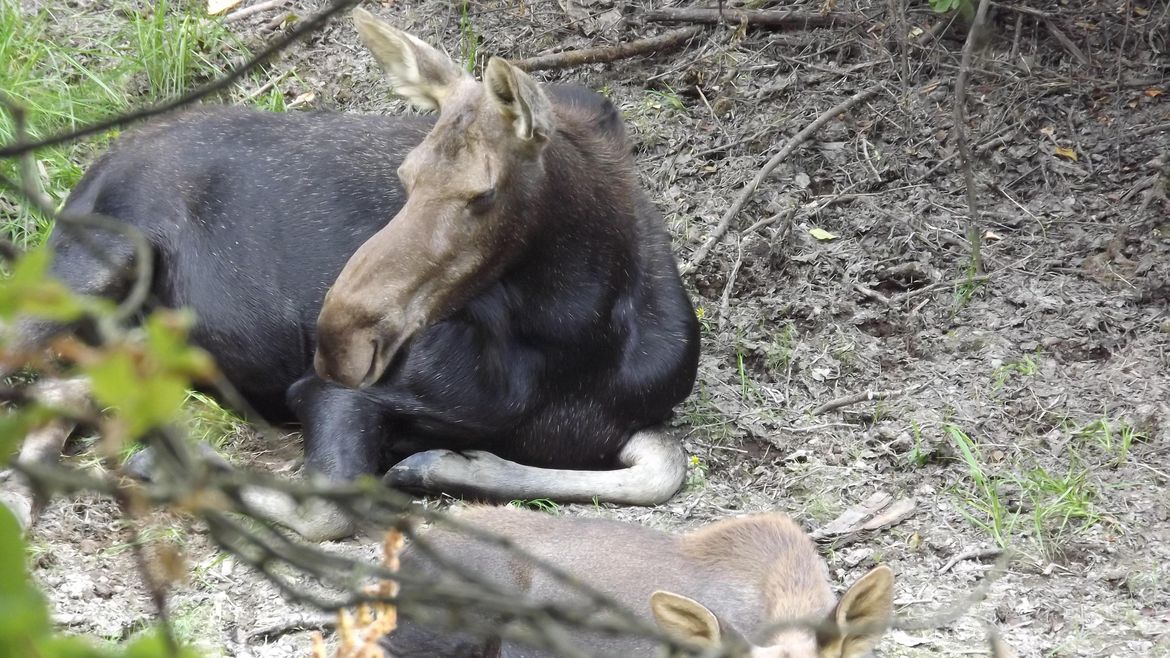 Stan Snow saw this mother and baby moose while riding along the Trail of the Coeur d’Alenes in late August. “I just happened to see these two beautiful creatures taking … 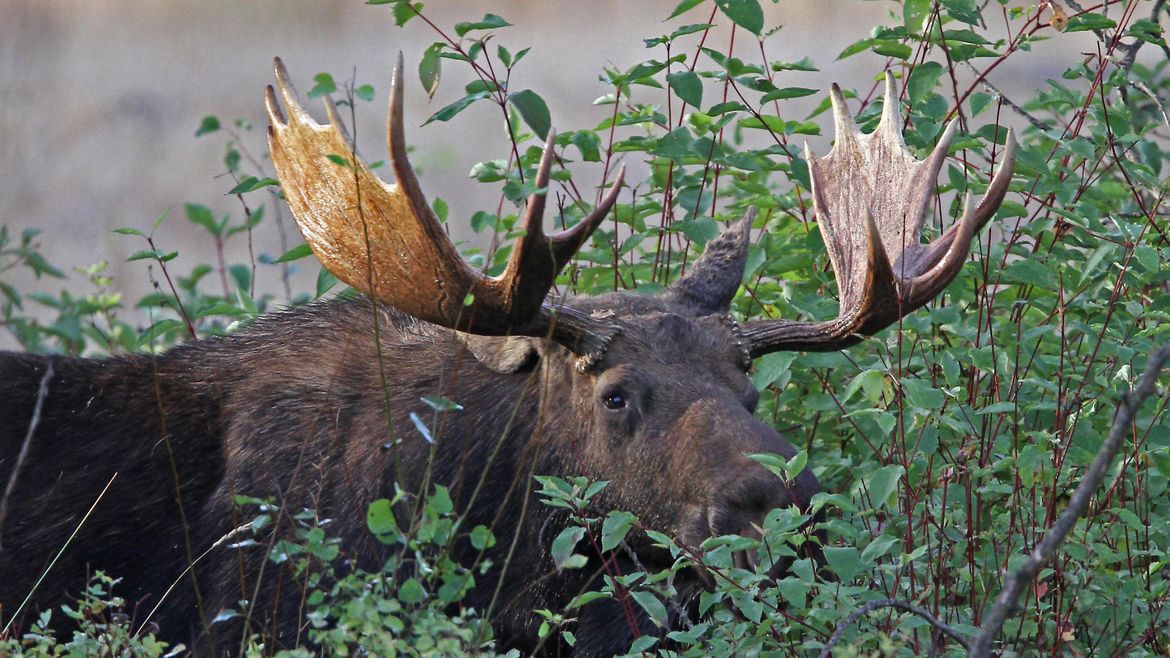 Reader photo: Rummaging for the rut

Out of velvet and ready for the fall rut found this large bull moose putting on a few more pounds before the main event begins. 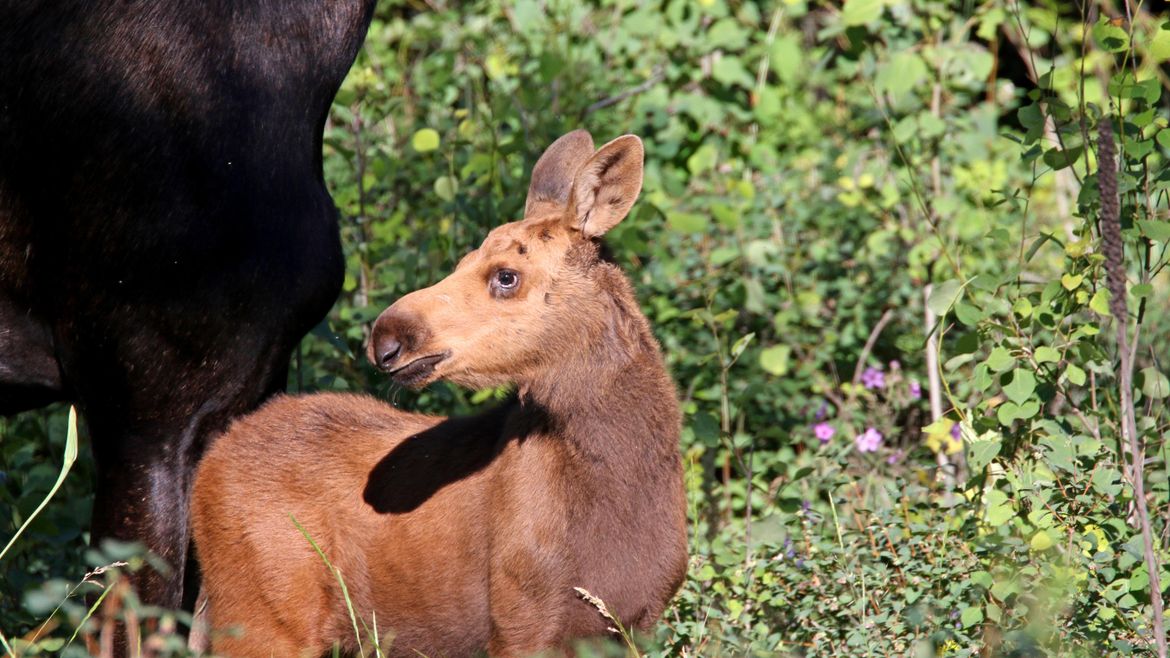 A moose calf stands next to its mother on the Turnbull National Wildlife Refuge June 25, 2019. The photographer, Buck Domitrovich, used a telephoto lens so as not to disturb … 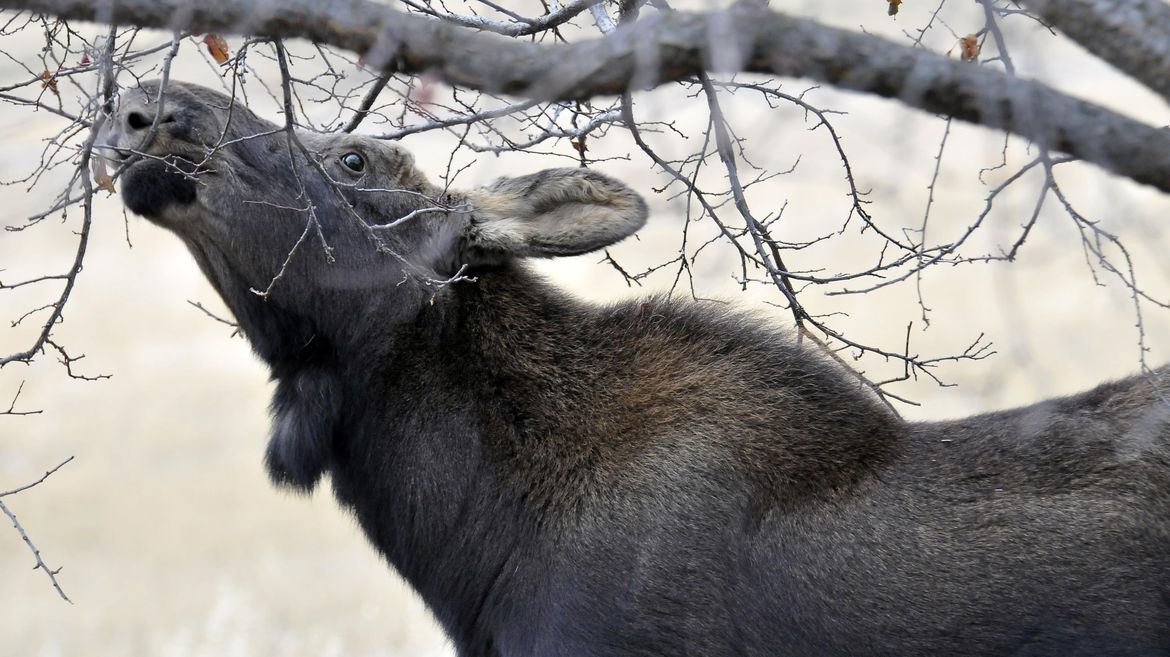 Rare sight on EWU campus: A moose on the loose

A big ol’ moose was the belle of the ball at Eastern Washington University on Thursday night, when its short trek through campus was documented and shared for the world … 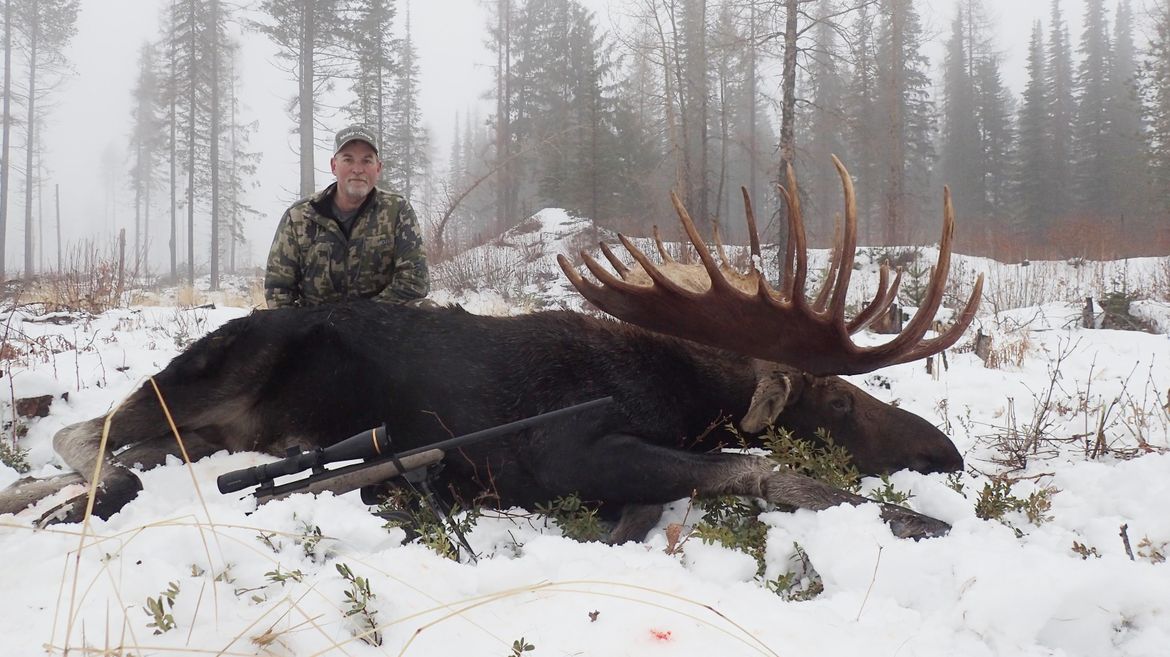 With fog blanketing the dense slopes of Northeast Washington and only two days left in the 2018 moose season, Jim Hall wasn’t optimistic. 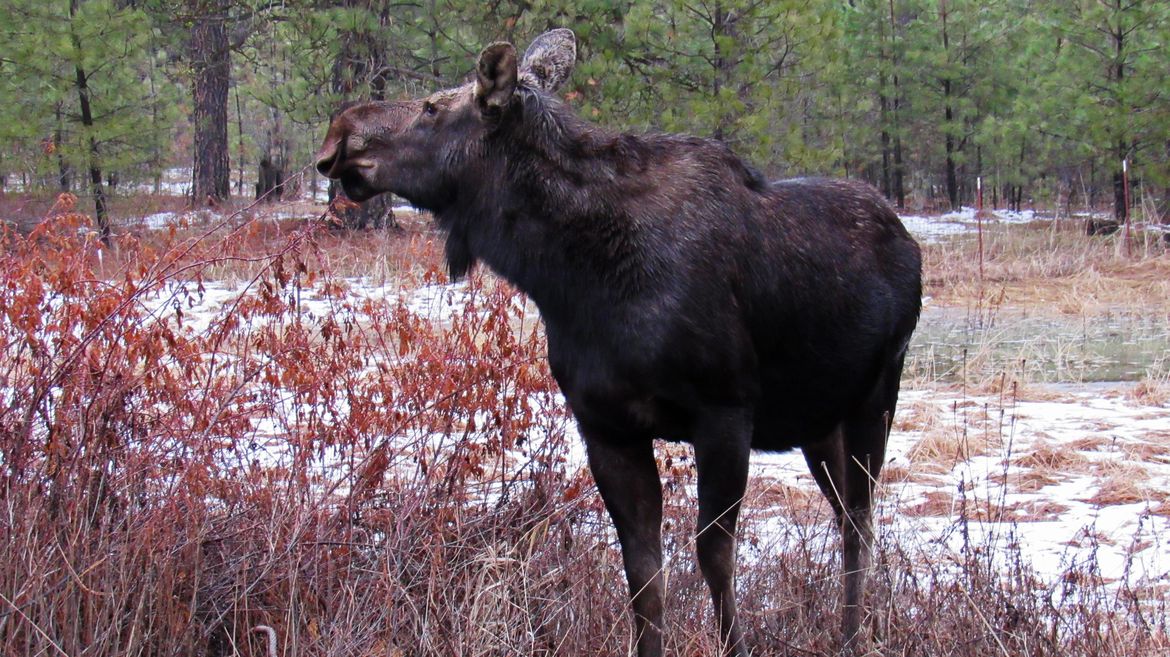 Carlene Hardt took this photo of a moose. She writes, “We live on the West Plains and this hungry moose hopped our fence today – freaking out our chickens – … 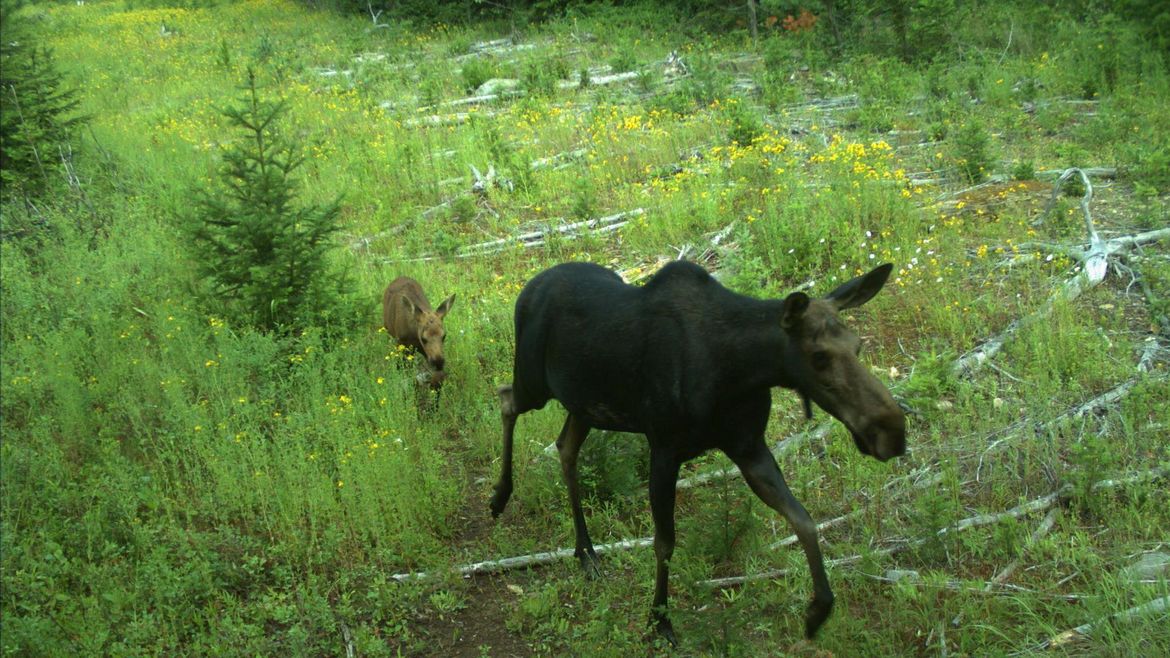 The Idaho Fish and Game commission voted last week to drastically reduce the number of available moose tags for the 2019-20 seasons. 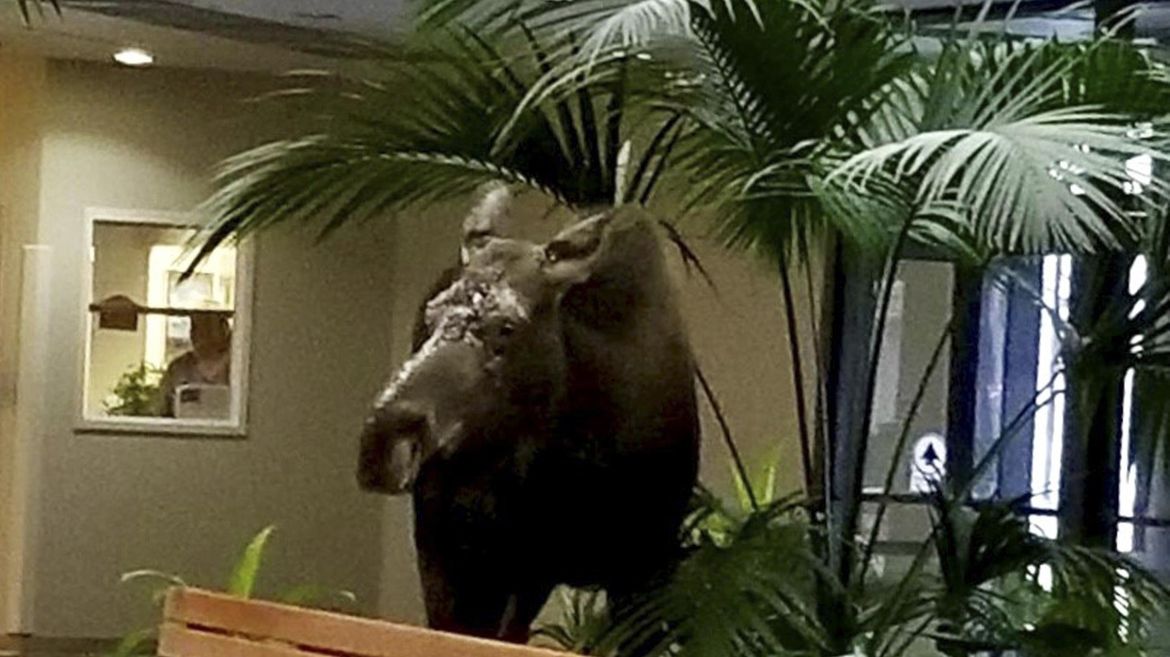 A moose walks into an Alaska hospital and finds a snack

ANCHORAGE, Alaska – A moose wandered into a hospital building in Alaska’s largest city and chowed down on some plants in the lobby as workers watched the massive animal in … 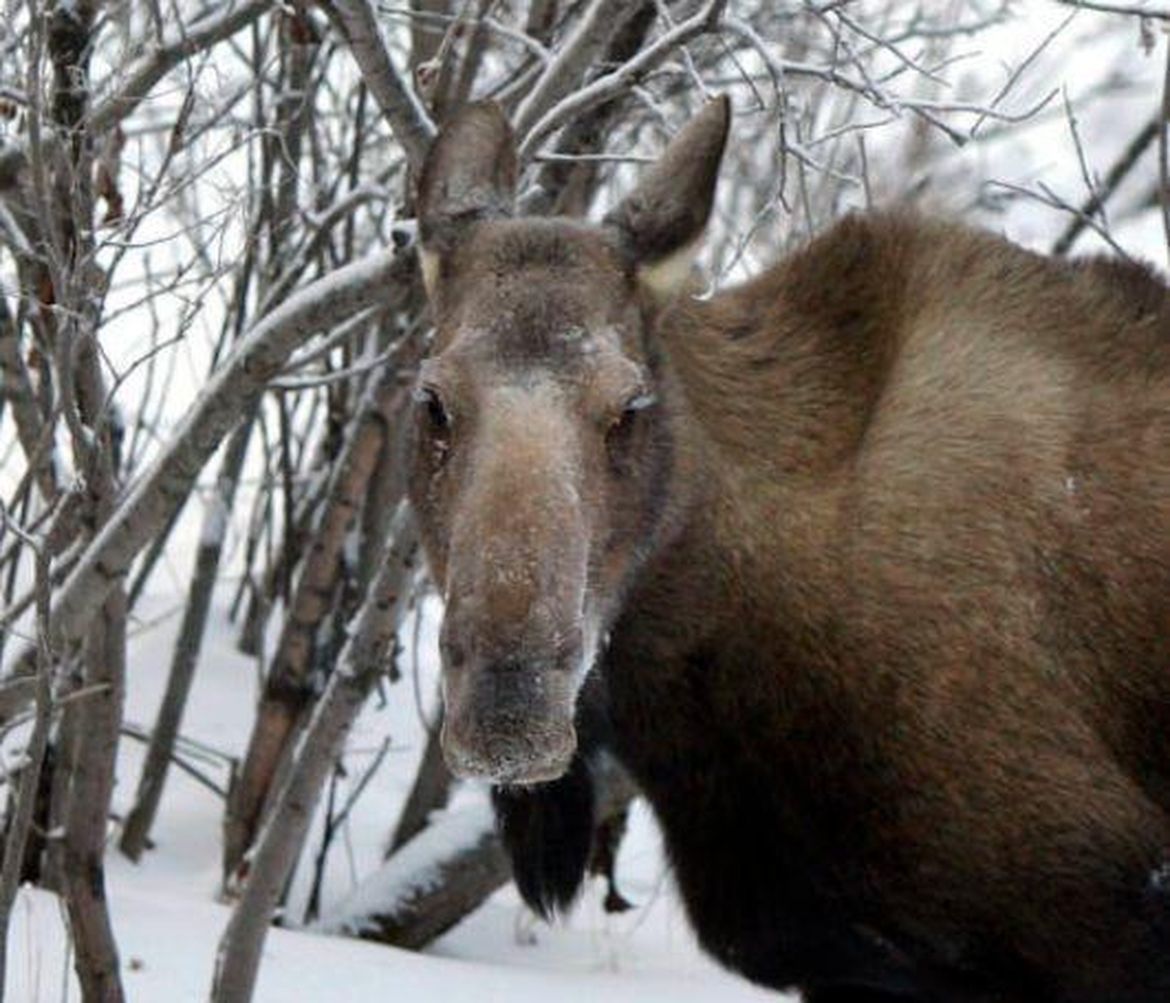 Moose moved away from road, but calf escapes capture

Idaho Department of Fish and Game officers darted and removed a cow moose Monday afternoon that had been reported along the shoulder of Interstate 86 near the Pocatello Regional Airport. 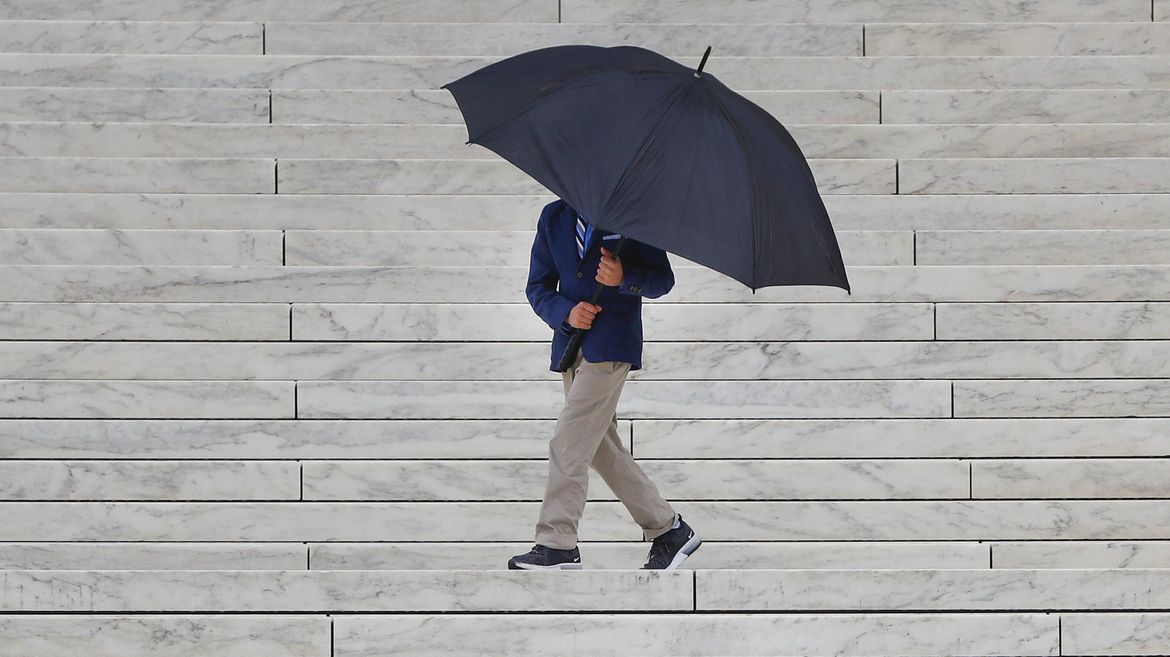 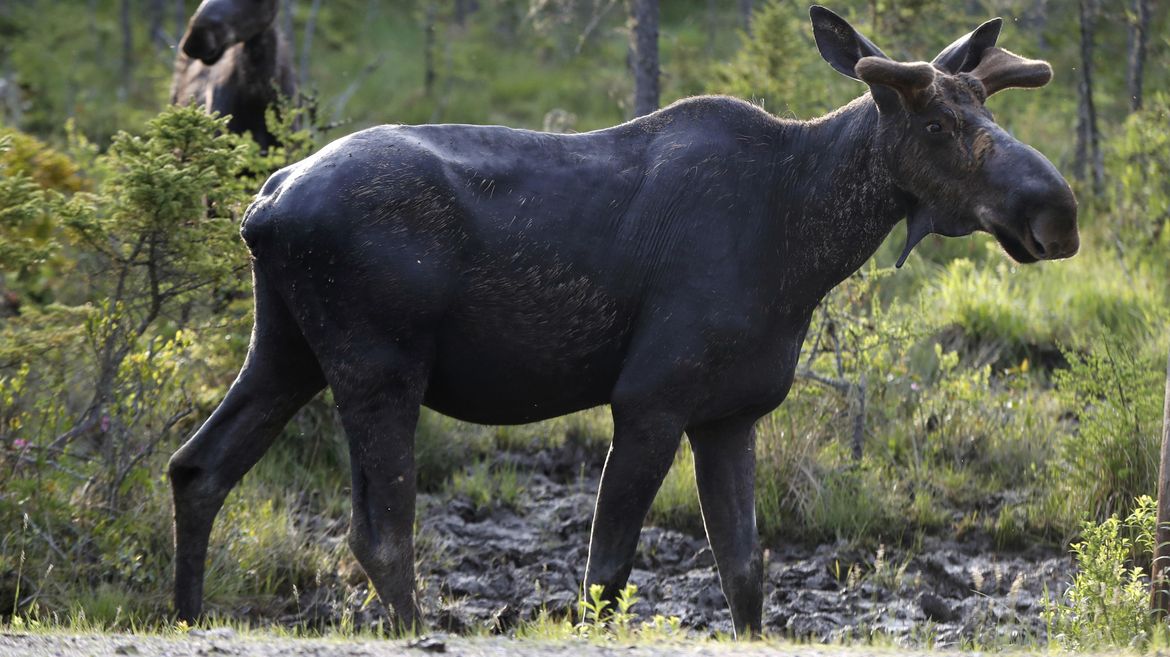 A dead moose in Wyoming is much less likely to attract bears now that its carcass has been blown to smithereens. 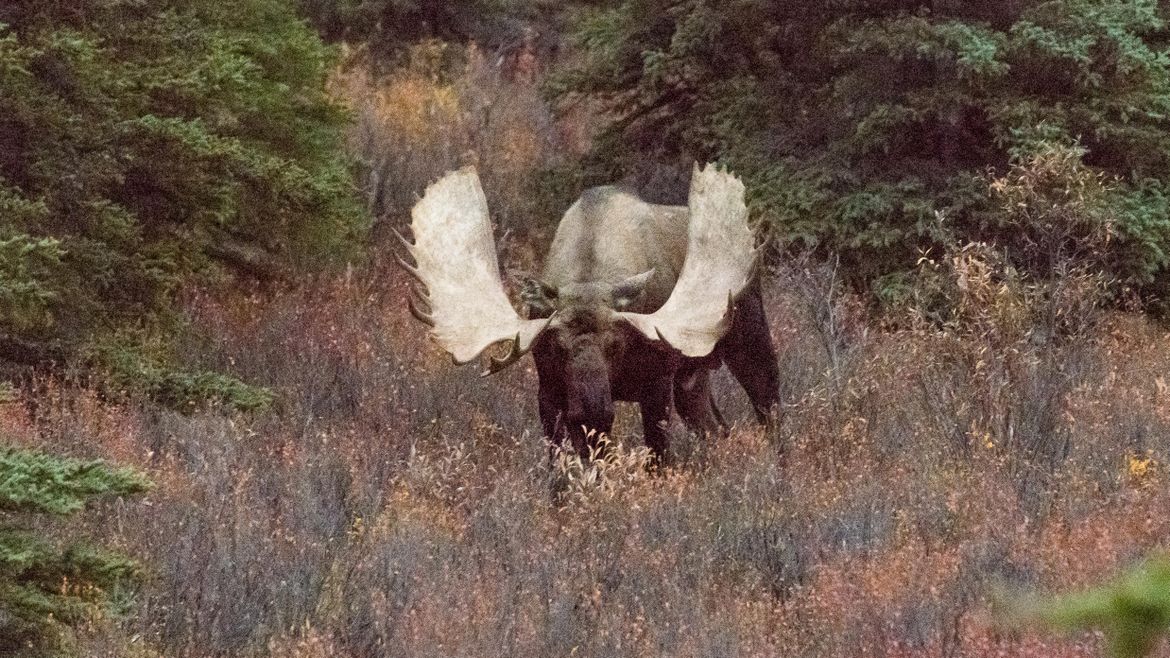 Two people hospitalized after their car hit a moose 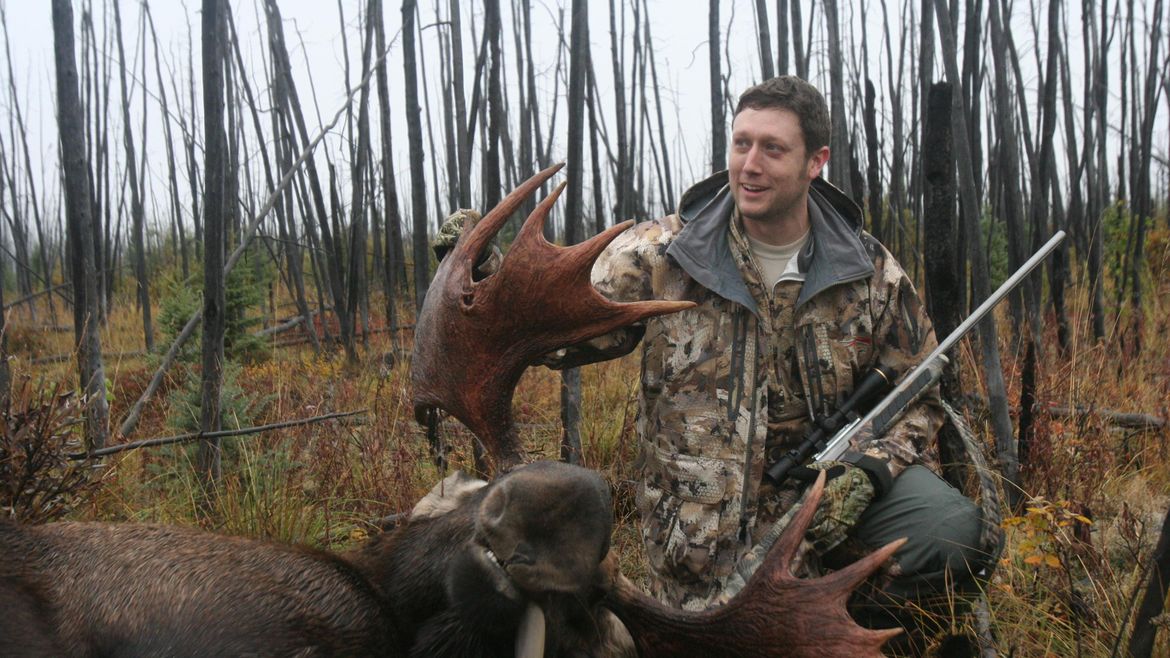 By design, this hunting opportunity for wounded veterans of the armed forces is supposed to give hunters as good a chance of shooting a moose as possible. Since it began … 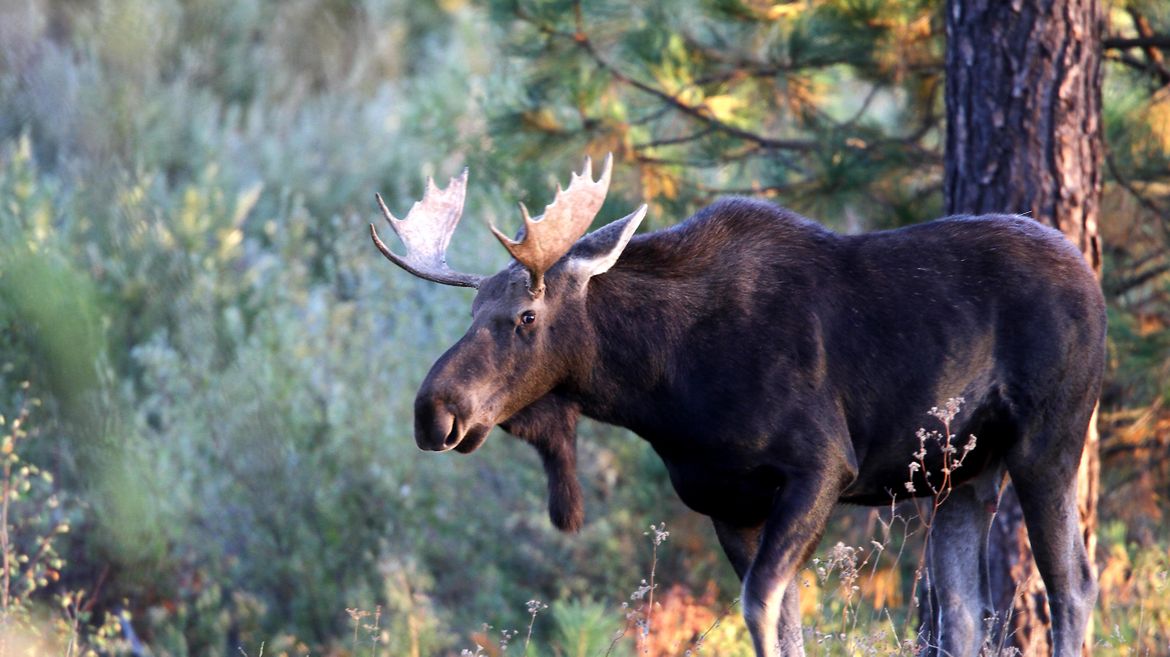 Reader Photo: Fall’s around the corner

Moose typically mate between late September and mid-October. During this time – known as the rut – bull moose descend from higher, cooler elevations, looking to mate. 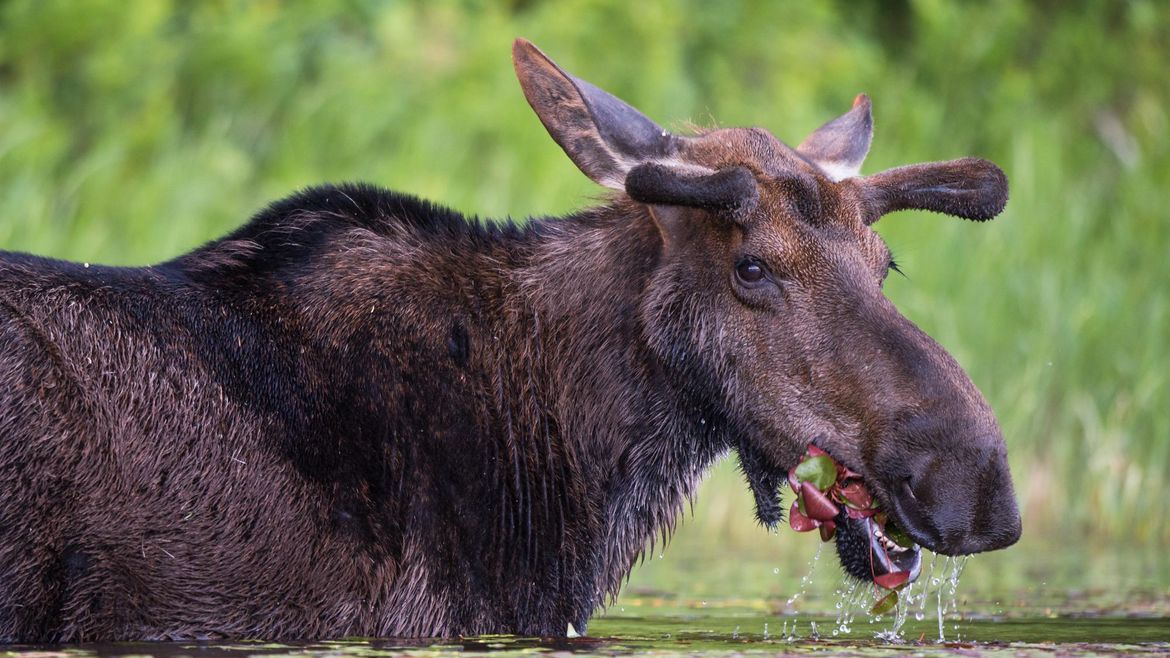 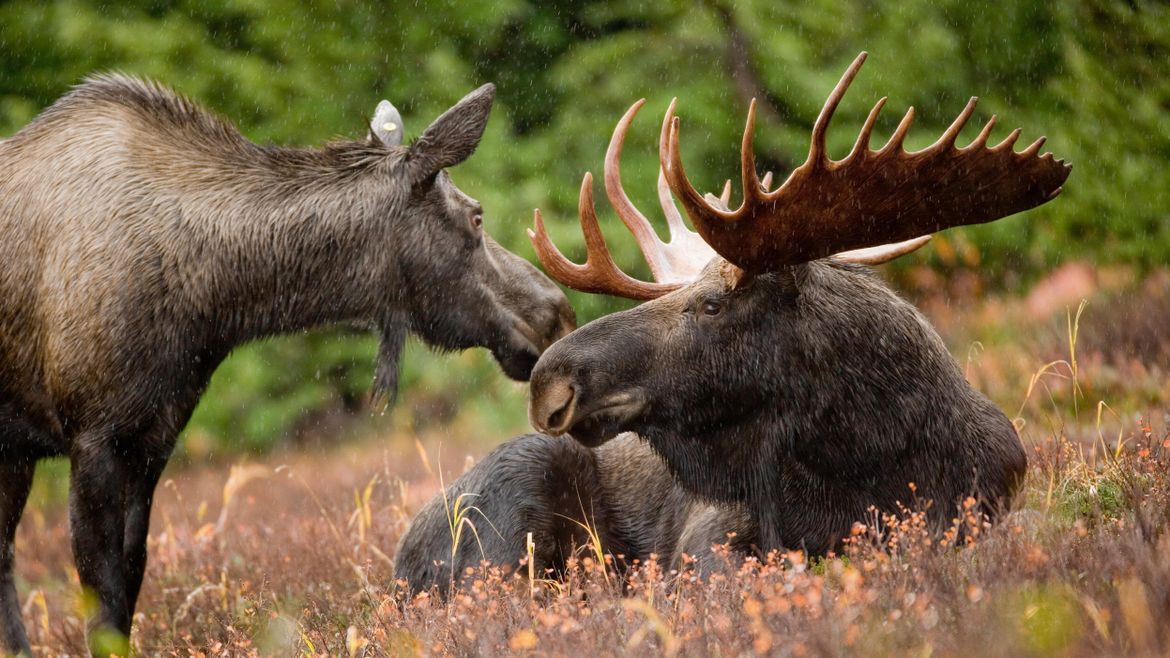 Check out this video of a giant moose in Alaska

Check out this gigantic moose in Alaska. 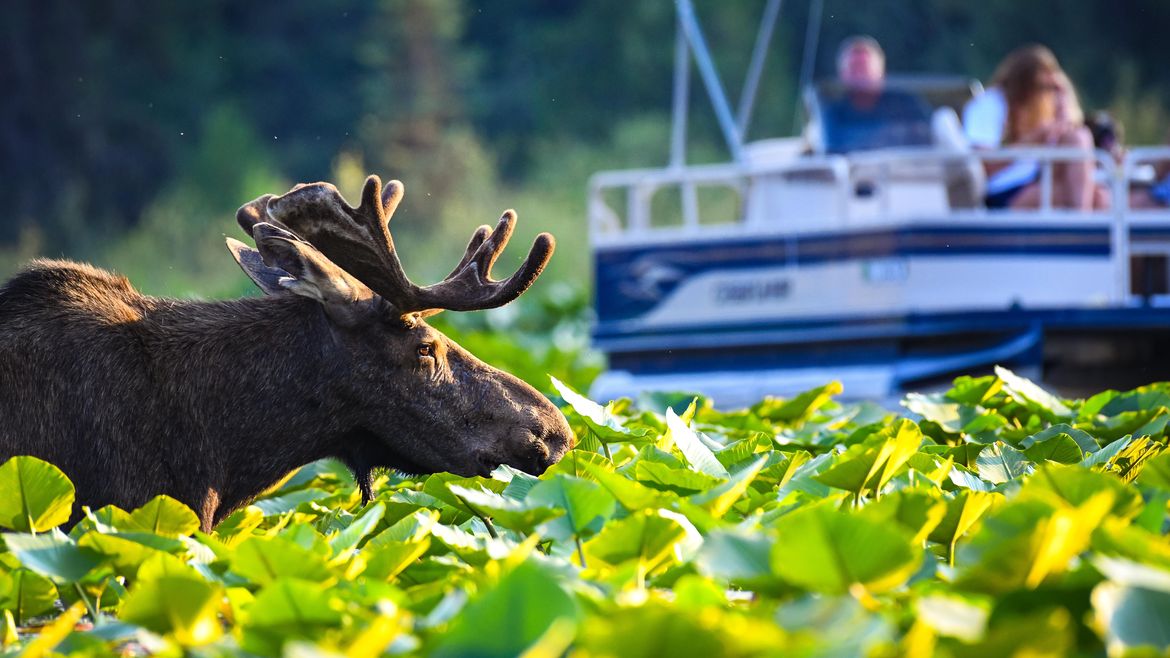 Reader photo: Taking a dip on the wild side

A bull moose cools off in the waters of a Stevens County lake while boaters drift past. Joanie Christian captured this scene on Sunday. The bull moose was visibly limping … 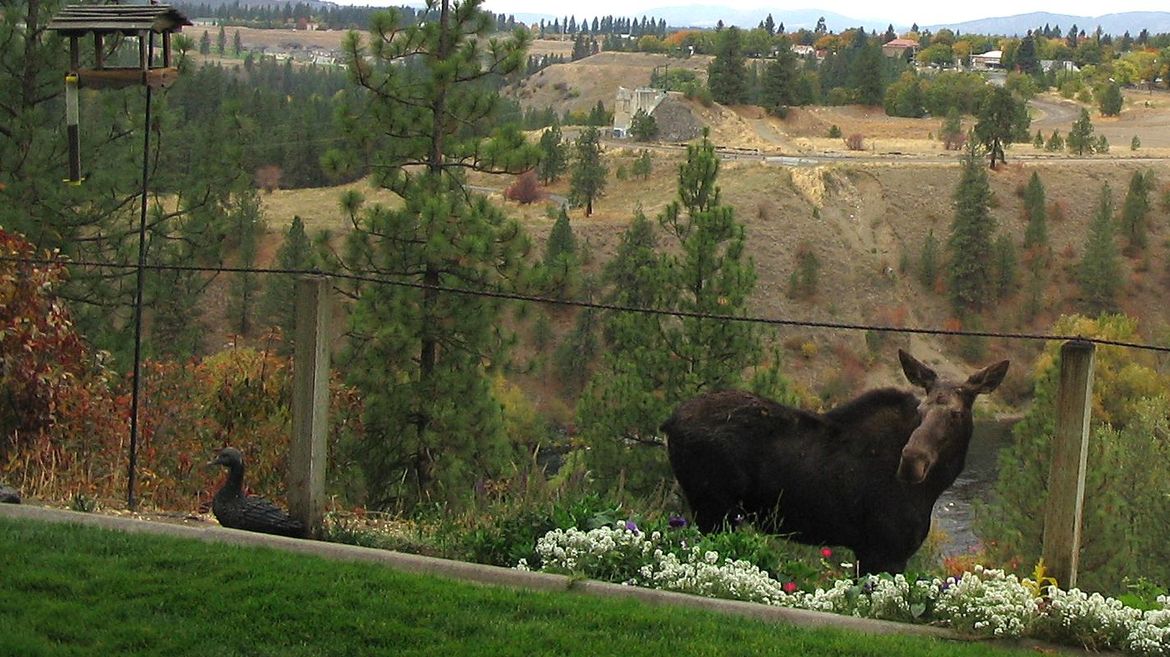 Anyone seen a pterodactyl in Browne’s Addition? Or maybe just a moose? 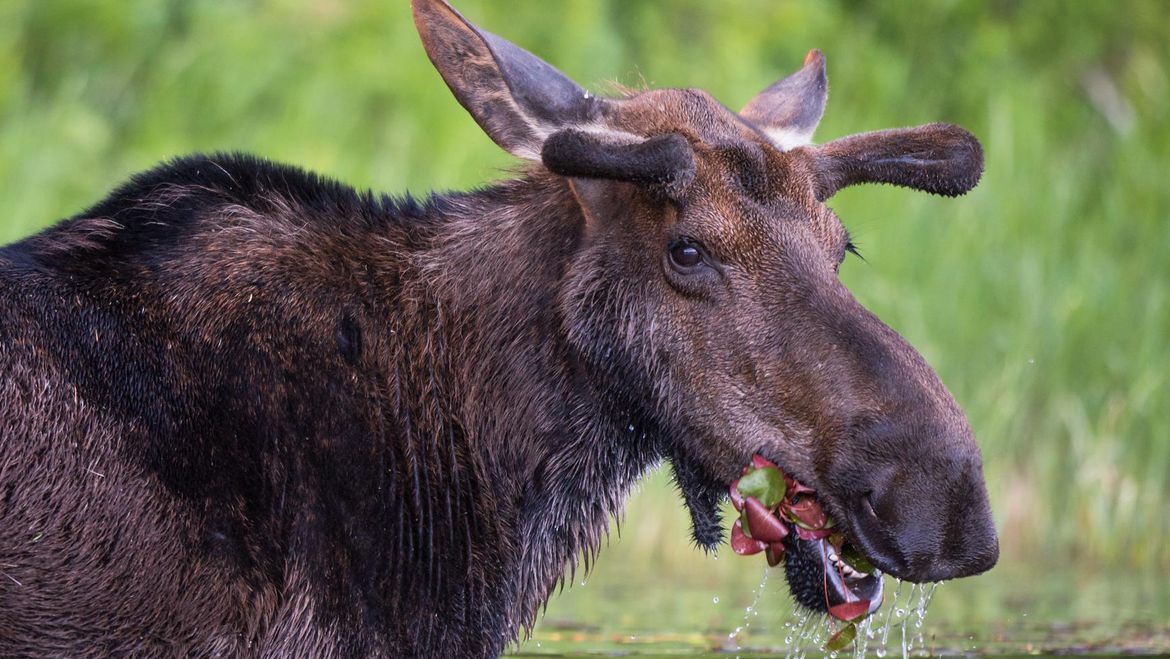 Submit your own outdoors-related photographs for a chance to be published in our weekly print edition. 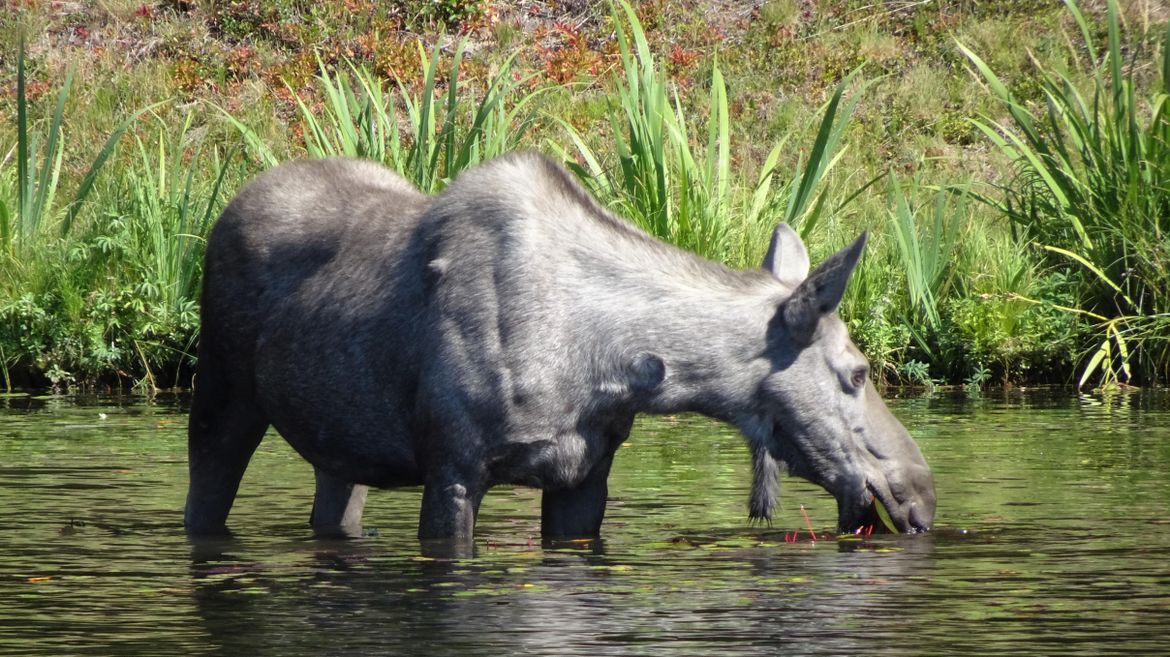 Moose prefer freezing temperatures to balmy breezes. And their search for a cool spot often brings them into our backyards, whether its lying in a recently watered lawn, under the … 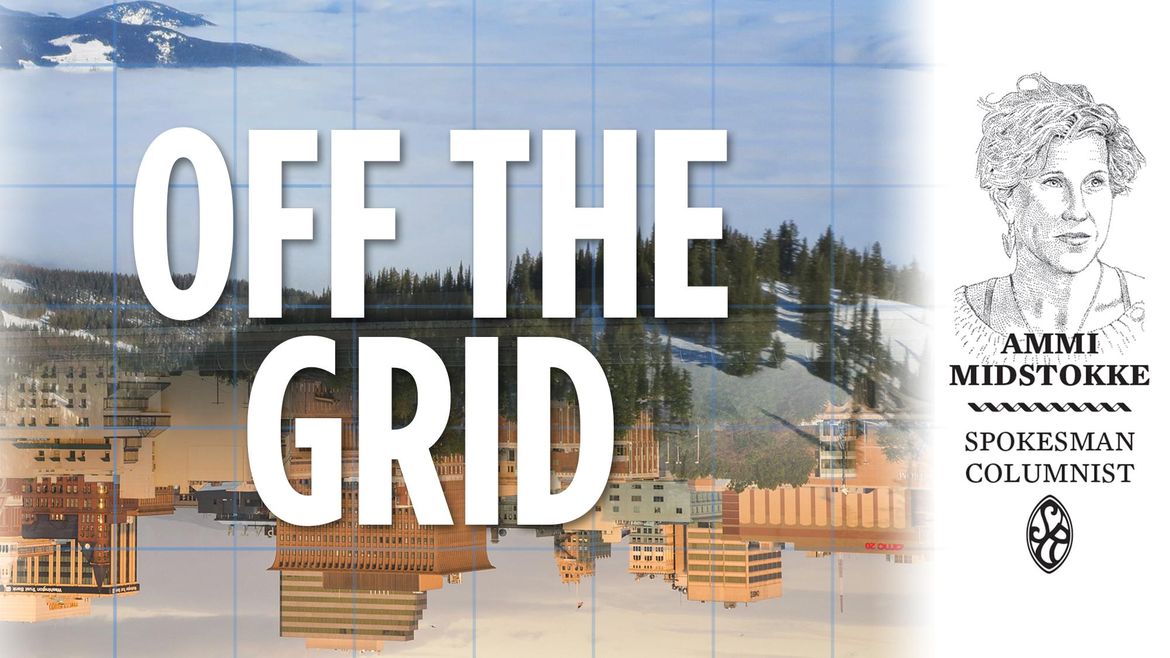 I don’t always like going outside. Outside it is cold and wet. The snow, apparently here to stay this year, is deep and heavy.

Authorities in eastern Idaho sedated a moose, removed an arrow from its head and cleaned other arrow wounds before returning it to the wild in what officials say is a … 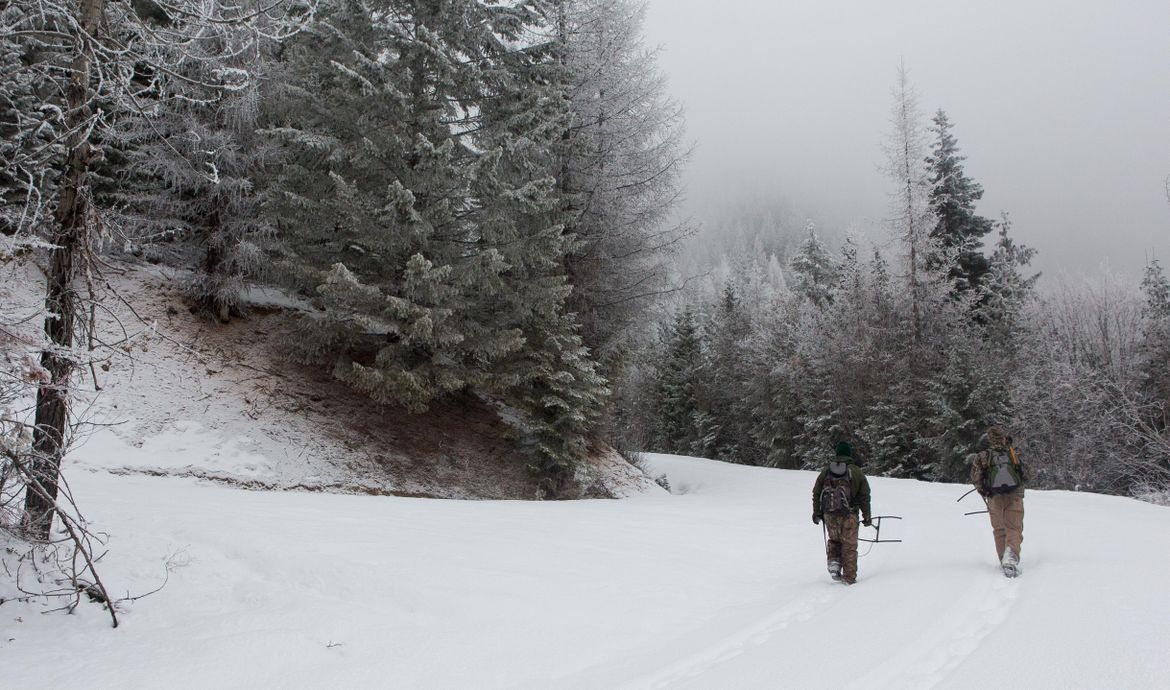 This week, for the first time, the Washington Department of Fish and Wildlife used a drone to survey moose populations in northeast Washington.

Drone to be used to document moose in northeast Washington

Over the next few days wildlife researchers plan to use a drone to document moose calves in northeast Washington. 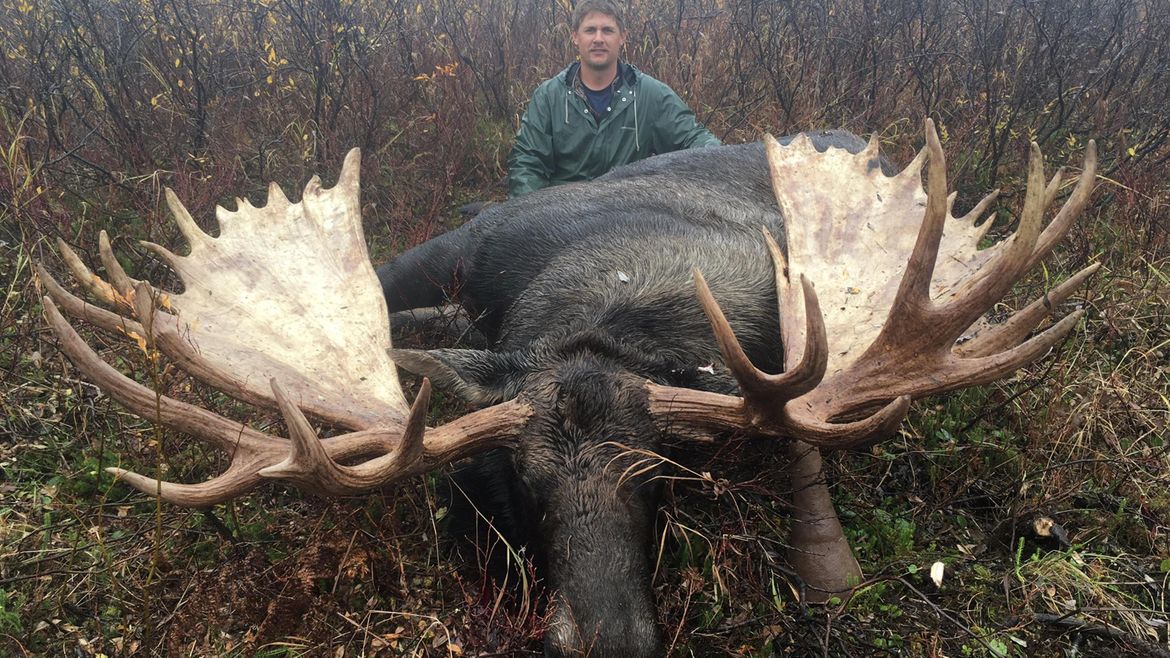 Alaska moose huge in every way

The moose commonly seen around Spokane and Coeur d’Alene are big, but they’re shadows to the Alaska moose that stand 6 feet tall at the shoulder. 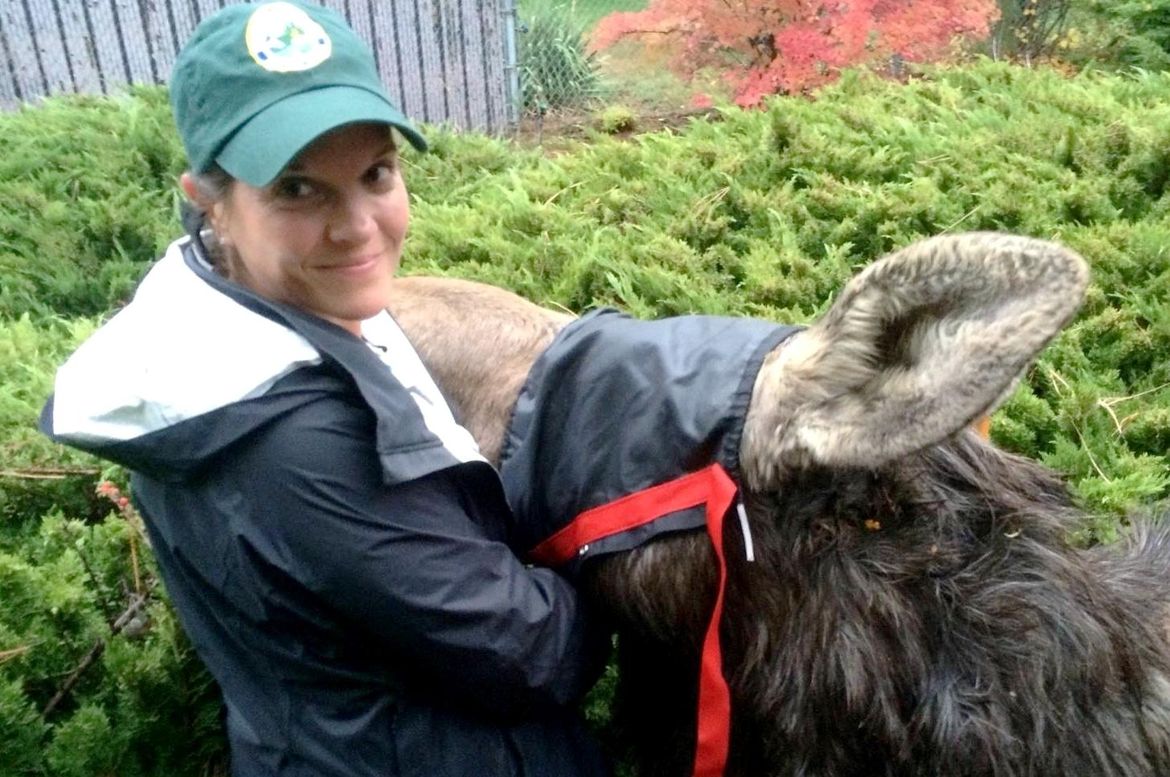 Out & About: Biologists to give kids the scoop on moose at library programs