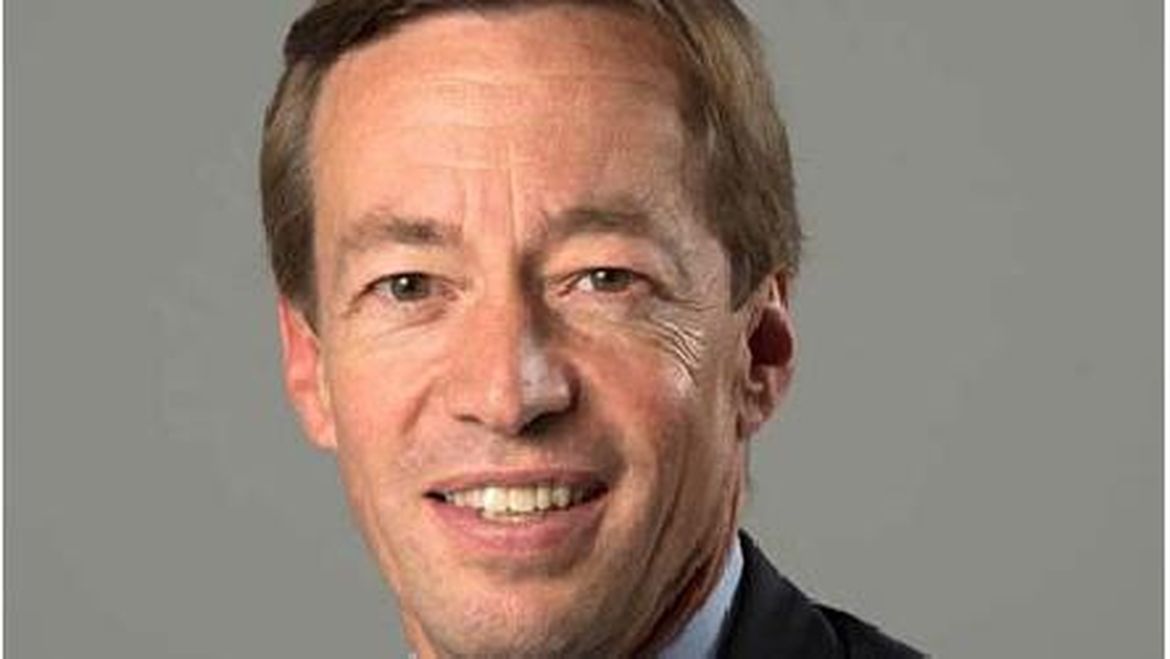 In the last year, print subscriptions across the country are up 25 percent to 100 percent depending on your rate. Outrageous, but based on simple economics. 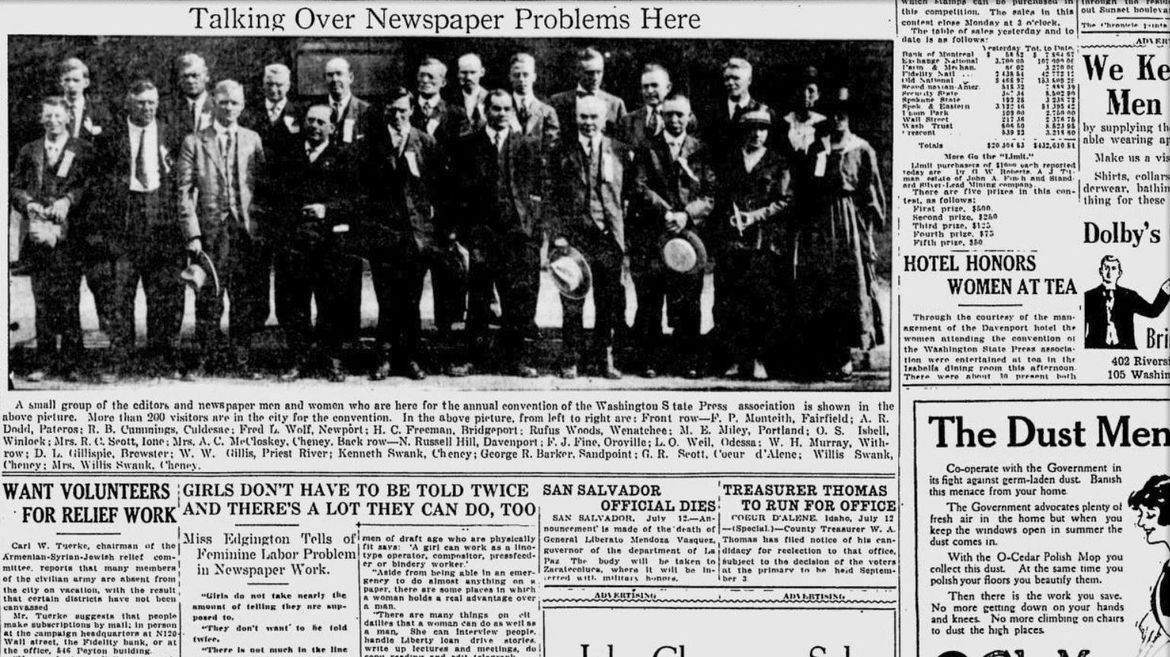 Miss Grade Edgington, a professor in the University of Washington’s department of journalism, said that newspapers can and should hire women to ease the wartime labor shortage. 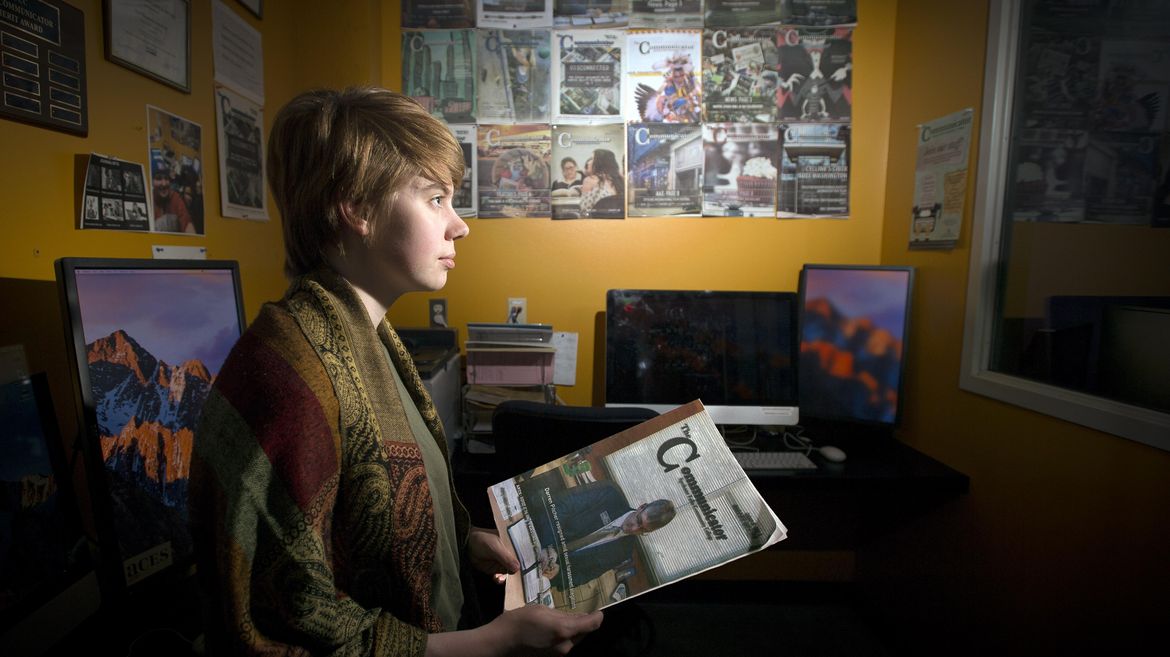 Campus security officials at Spokane Falls Community College determined hundreds of copies of the student newspaper were not stolen in early April, as student journalists suspected. 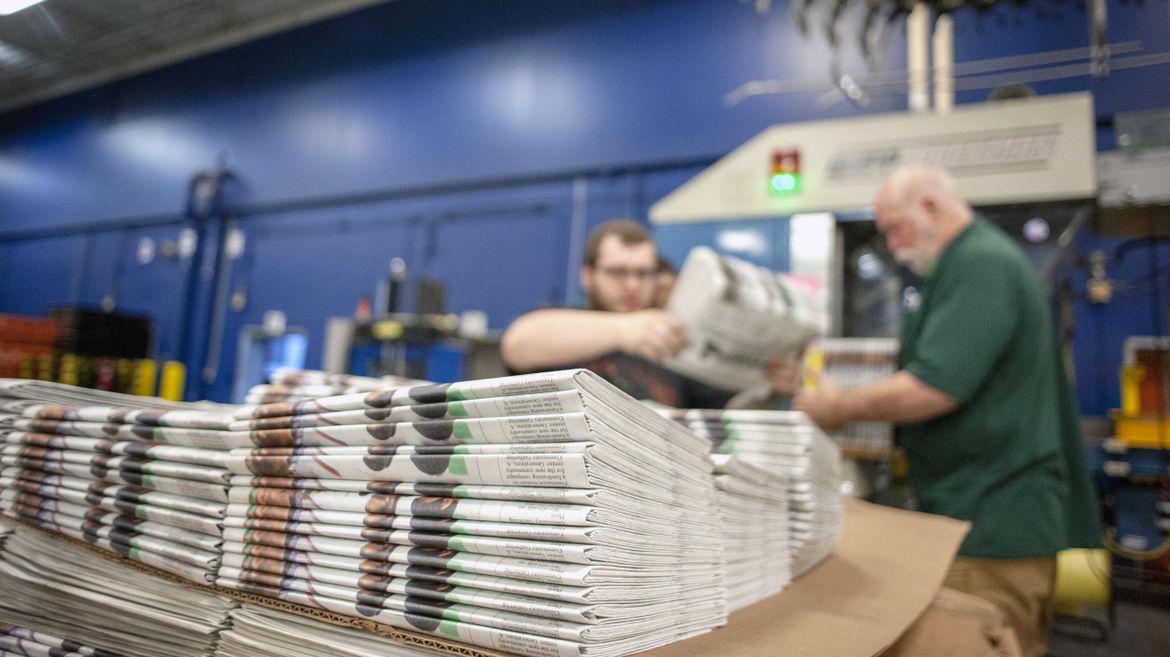 Little noticed amid the trade war discussion, tariffs levied by the Trump administration on the Canadian paper used to make newsprint are starting to take a toll on U.S. newspapers …

As if the U.S. newspaper business didn’t have enough trouble coping with decades of lost readers and advertising dollars, an escalating trade dispute with Canada is poised to make every … 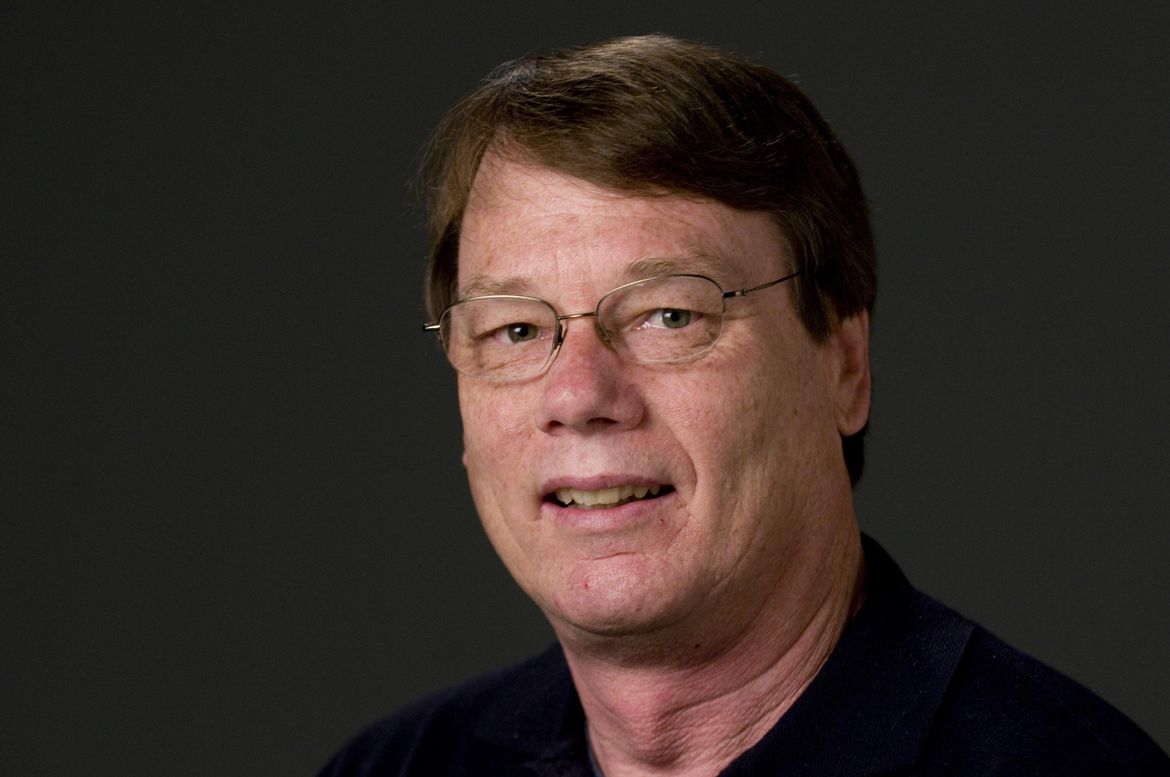 Gary Crooks: I’m leaving the paper, but I hope you stay

It’s been a privileged perch, and I am grateful. However, politics has changed – and not for the better – and the impact on journalism is profound. 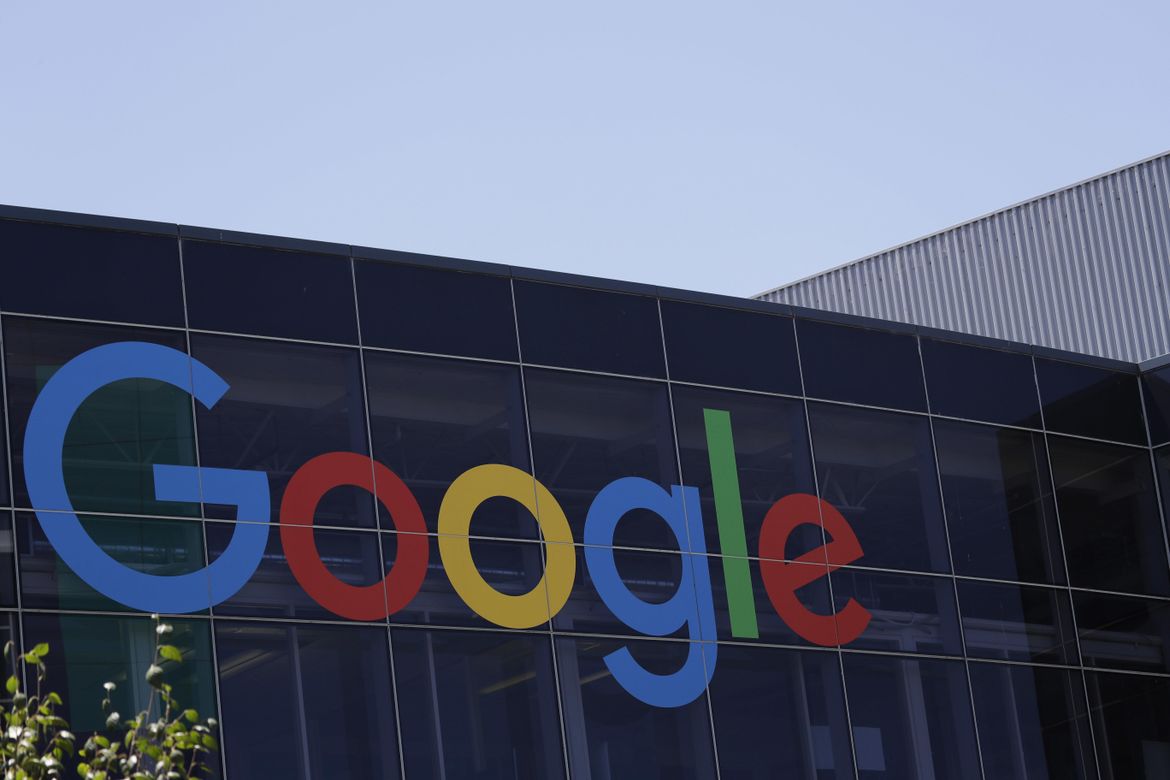 As the water recedes and the cleanup begins, national journalists will inevitably drift away.

Most of us have catty nicknames for the town newspaper. Socialist Review. Coeur d’Alene Mess. Lewiston Trombone. Huckleberries asked readers for the nickname of their hometown newspaper. Owner Trish Gannon …

It’s come to this: Texas, the second largest state in the union – and the home of so many historically colorful political voices – lacks a single staff editorial cartoonist. … 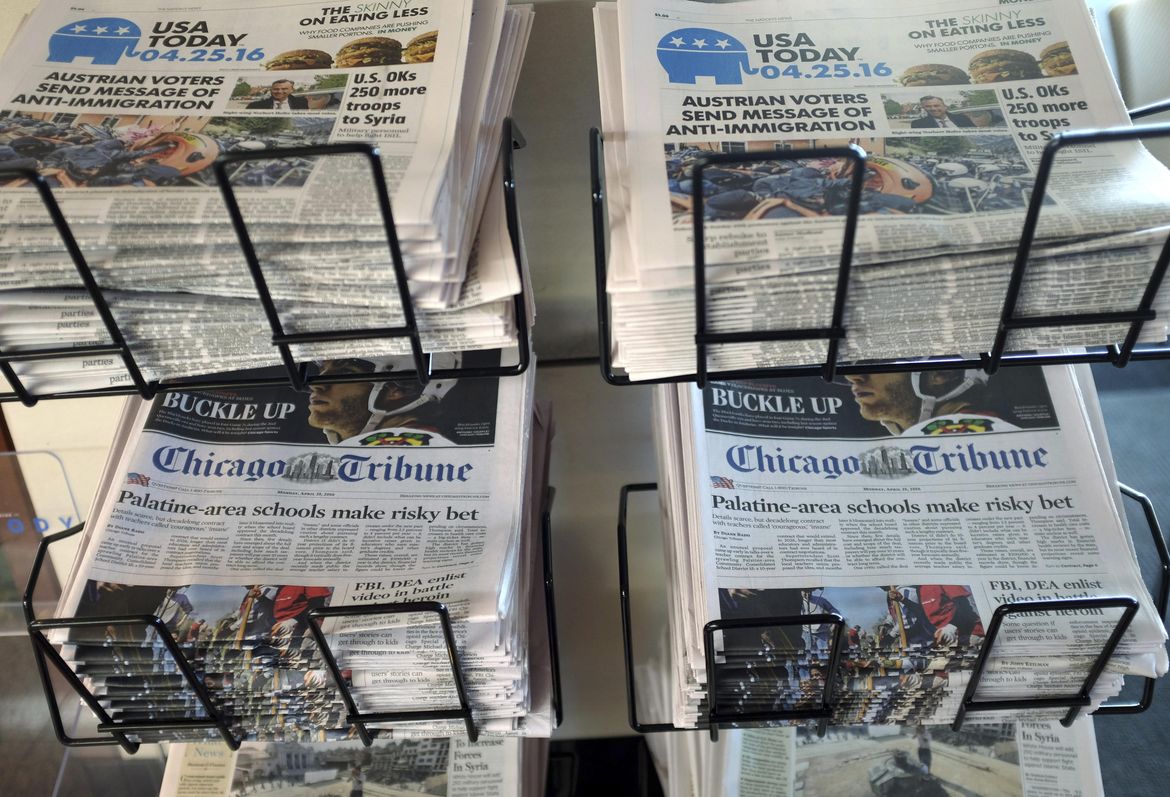 Pay for news? More than half of Americans say they do

A battered news industry can find some flickers of hope in a survey that gauges public willingness to pay for journalism, as long as its leaders plan judiciously.

What does it say about that network, about Trump, about how upside down our world has become, when being pro-truth is decoded as being anti-Trump?

Readers found renewed appreciation for newspapers as we trudge through the Valley of the Shadow of Trump. They see them as the last line of defense between 2017 and “1984.” 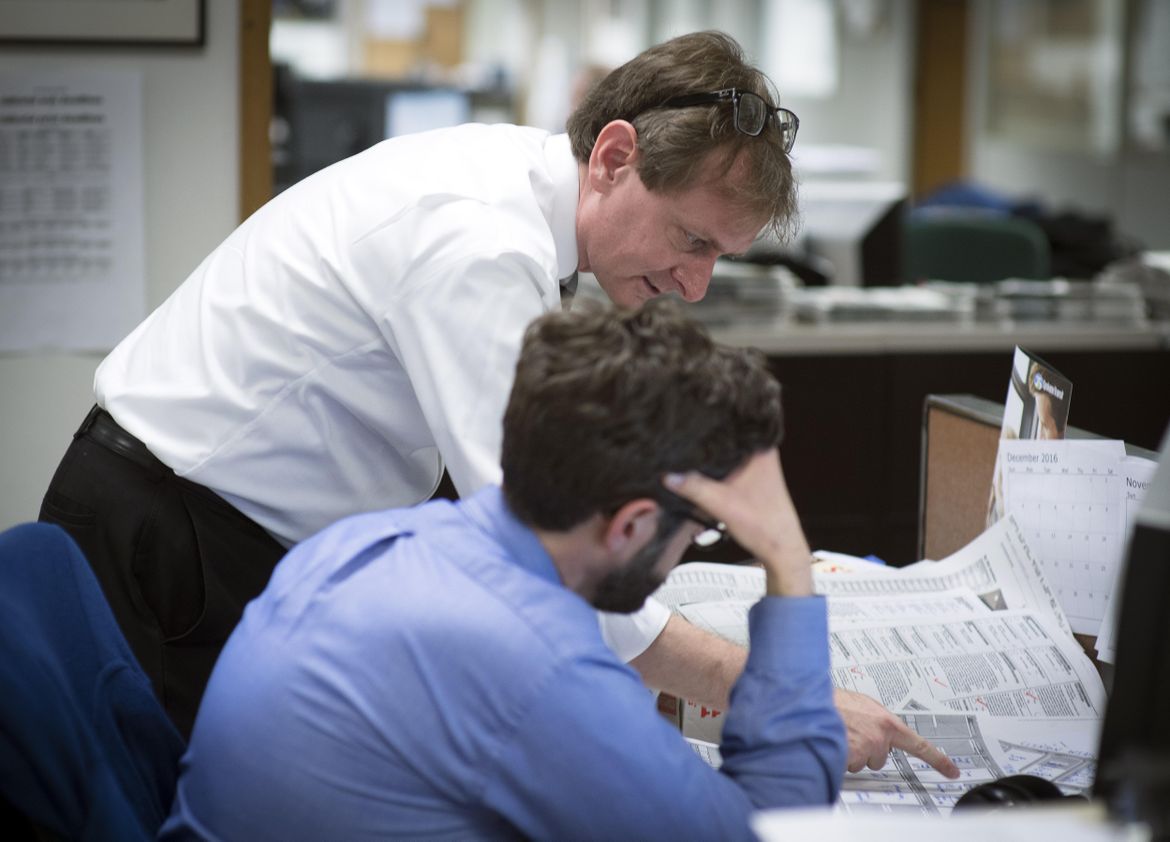 Rob Curley: On the lookout for liars, and the difference between beliefs and facts

How journalists fare in a world of fake news.

There is, in fact, a news platform that specializes in gathering and disseminating non-fake news. So committed are its people to this mission that some have been known to risk, … 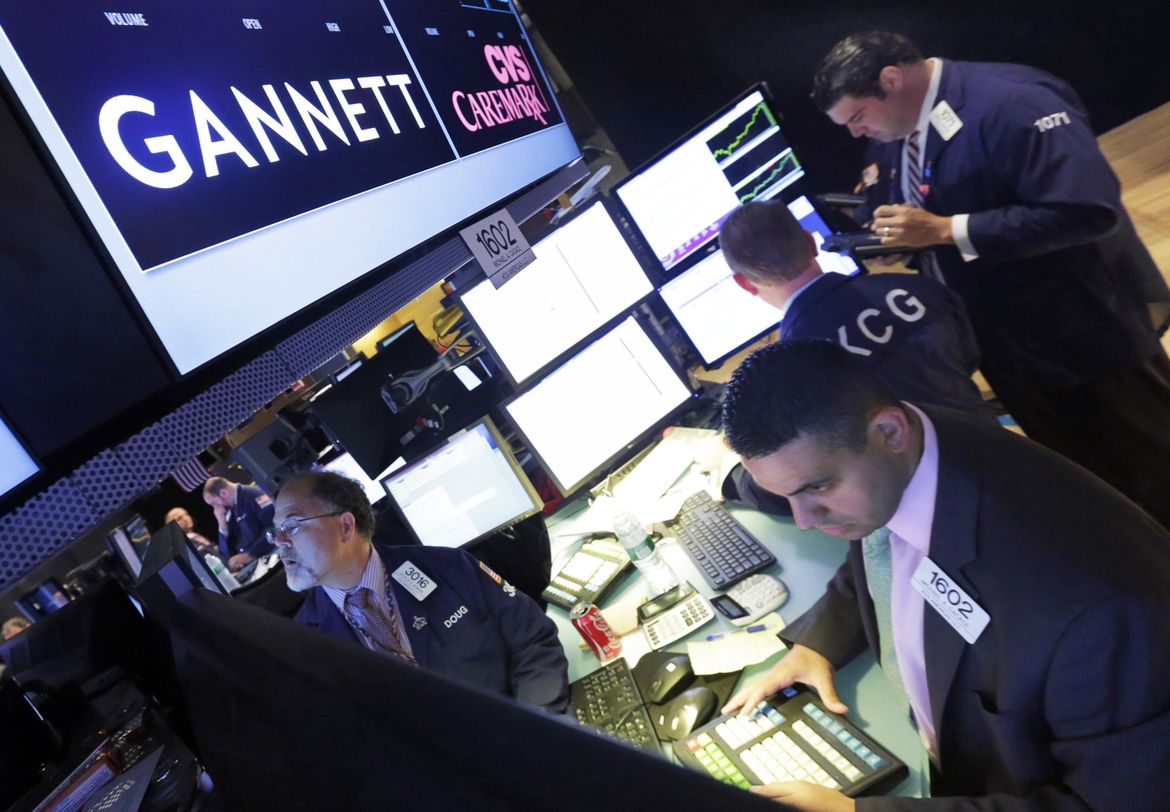 Gannett gives up on Tronc

NEW YORK – Gannett on Tuesday walked away from its attempted takeover of Tronc, the publisher of the Los Angeles Times, Chicago Tribune and other major dailies. Gannett’s target was …

The FBI is investigating cyber intrusions targeting reporters of The New York Times and is looking into whether Russian intelligence agencies are responsible for the acts, a U.S. official said …

The movie “Spotlight” packed an emotional wallop with ink-stained journalists because of its expert depiction of how we think, work and even dress (too quickly). To most moviegoers, it was …

Gannett urges Tribune holders to reject nominees for board

USA Today owner Gannett has boosted its takeover bid for Tribune Publishing Co. by about 22 percent one week after the owner of the Los Angeles Times, Chicago Tribune and …

Gary Crooks: To endorse or not to endorse?

“Who are you to tell me how to vote?” That’s not a new complaint, but it has gained momentum in this hyperpartisan era where the distinction between reliable information sources …

Tribune Publishing Co. on Wednesday rejected Gannett’s more than $388 million buyout offer, saying it’s too little for the company that owns the Los Angeles Times, Chicago Tribune and other …

Tribune Publishing said Tuesday in a letter that USA Today owner Gannett was “erratic” and “unreliable” as the two newspaper companies tried to discuss a possible tie-up.

Newspaper publisher Gannett said Monday that it wants to buy rival Tribune Publishing for more than $388 million, in a deal that would give the owner of USA Today control …

The editor of the Missoulian and Ravalli Republic newspapers has resigned after about seven months on the job. 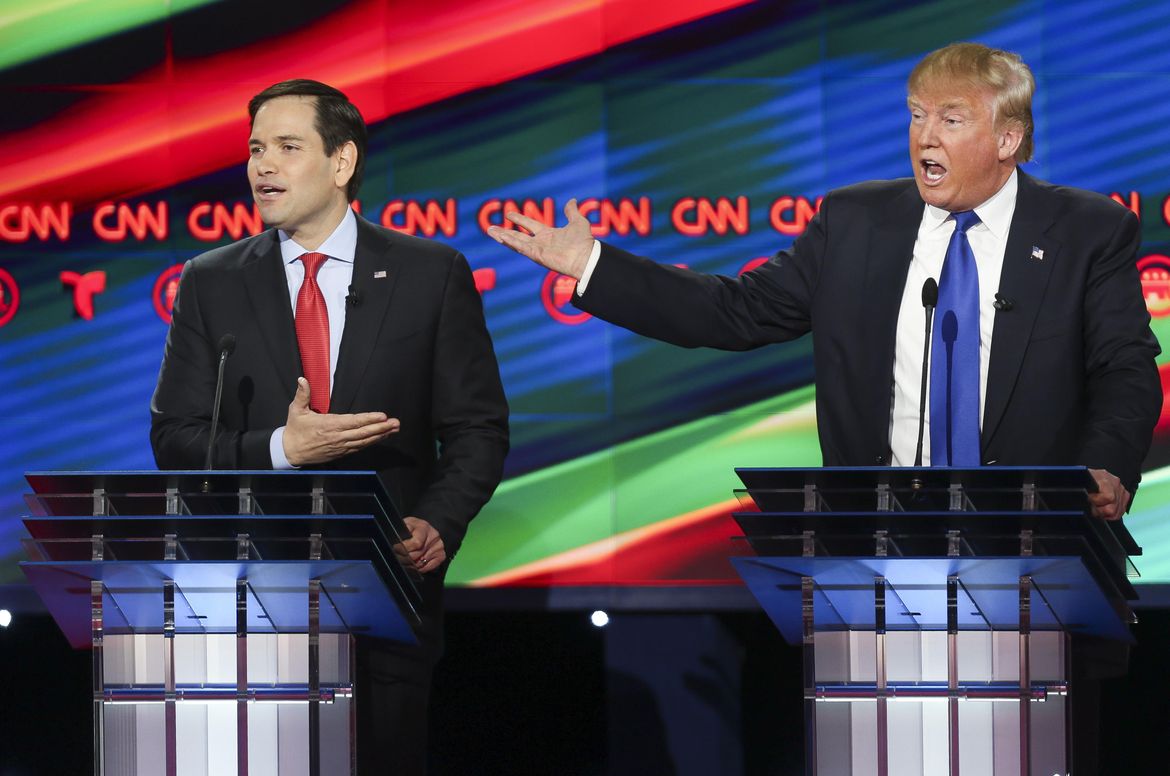 LAS VEGAS (AP) – When several reporters for the main newspaper in Las Vegas were taken off their beats and assigned to investigate three judges, the decision seemed strange because …

Slain US journalist was also an Israeli citizen

JERUSALEM (AP) — Israel confirmed on Wednesday that slain American journalist Steven Sotloff was also an Israeli citizen, while President Barack Obama vowed to build a coalition to “degrade and …

Matthew Gentzkow is the man who explained why the media are like ice cream. Gentzkow, who teaches at the University of Chicago, has just won the John Bates Clark Medal …