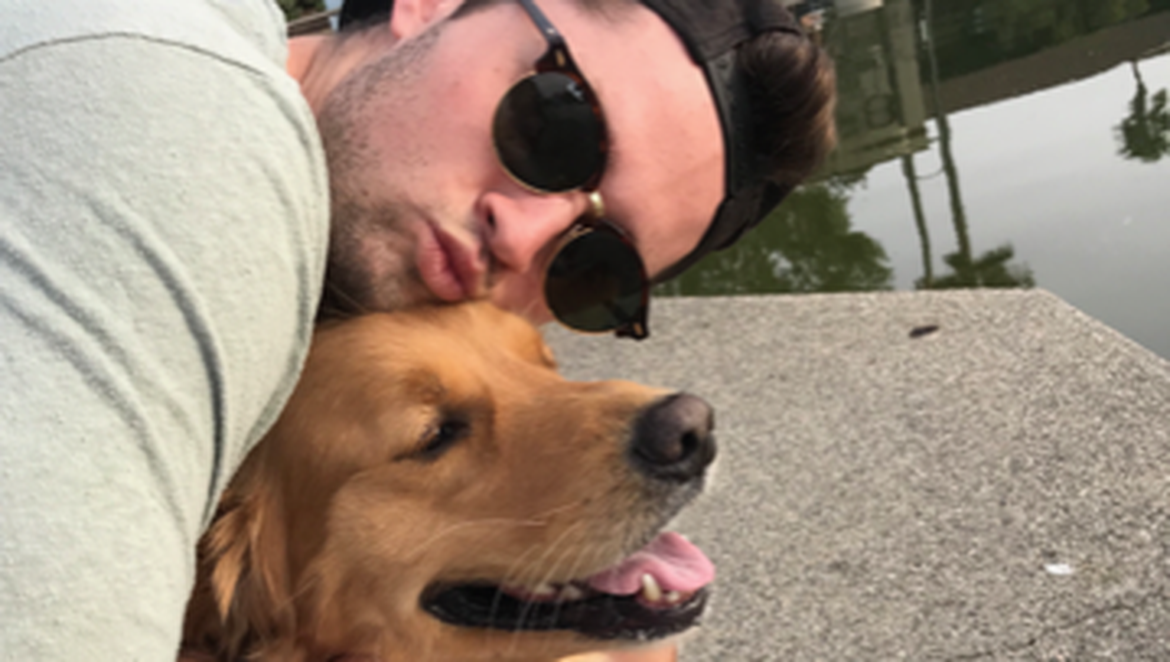 In the weeks and months after Tyler Hilinski’s death, members of the Washington State football team were surrounded by psychiatrists, doctors and other mental health specialists dedicated to guiding the … 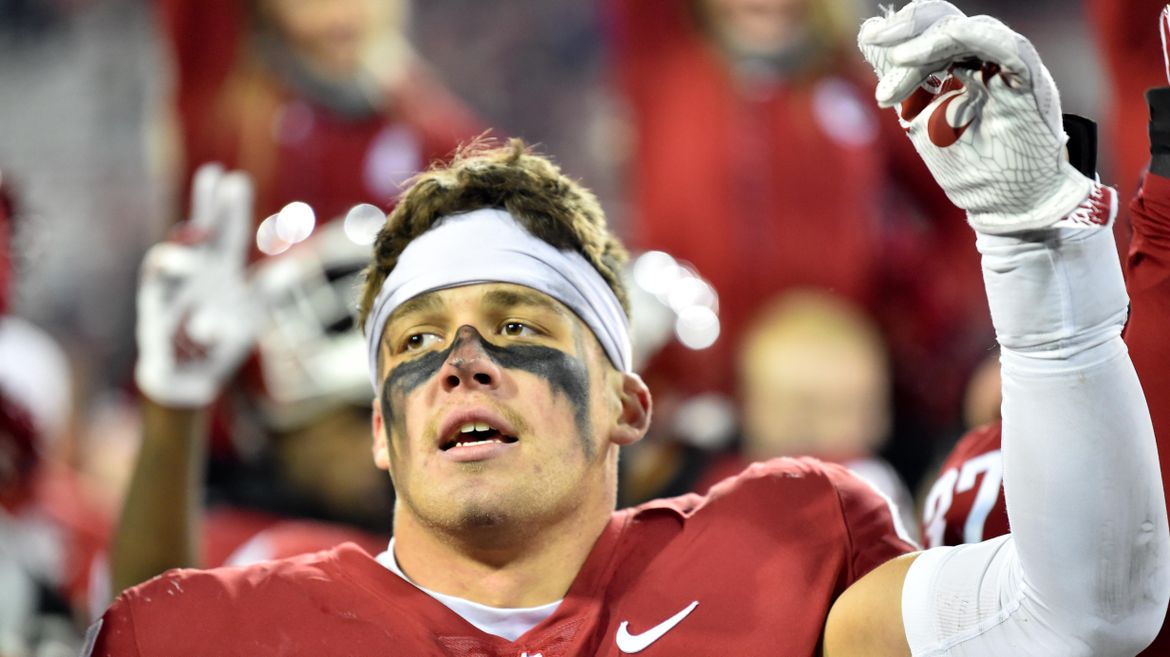 Peyton Pelluer will have one more opportunity to compete with other collegiate players in January when he takes part in the NFLPA Collegiate Bowl, designed for seniors hoping to play … 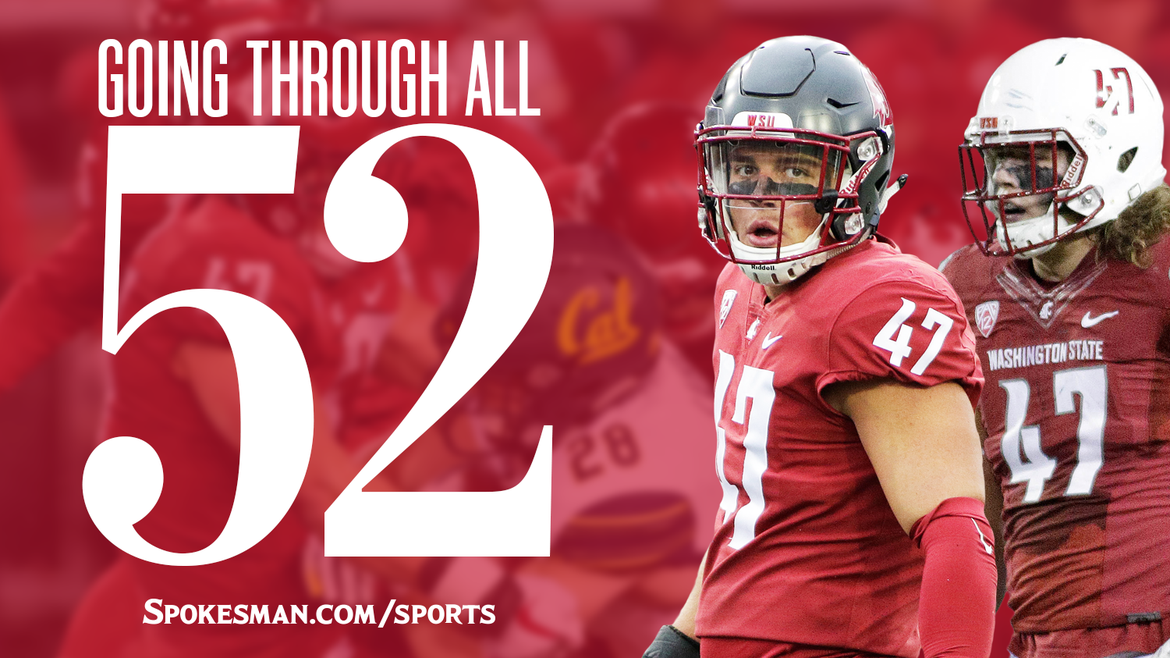 All 52 games of Peyton Pelluer’s Washington State career, as told by the longest-tenured player in Cougar football history

The son of a WSU linebacker, the grandson of a Cougar defensive end and the great grandson of an ex-Wazzu flanker, Pelluer broke the school’s record for games played at … 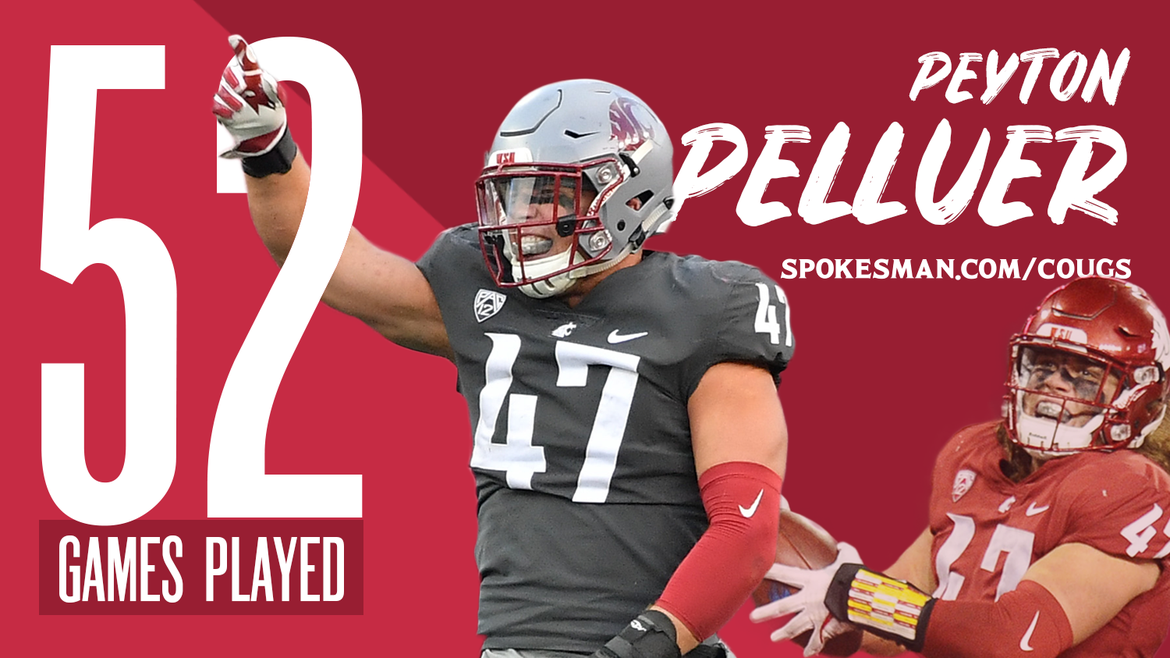 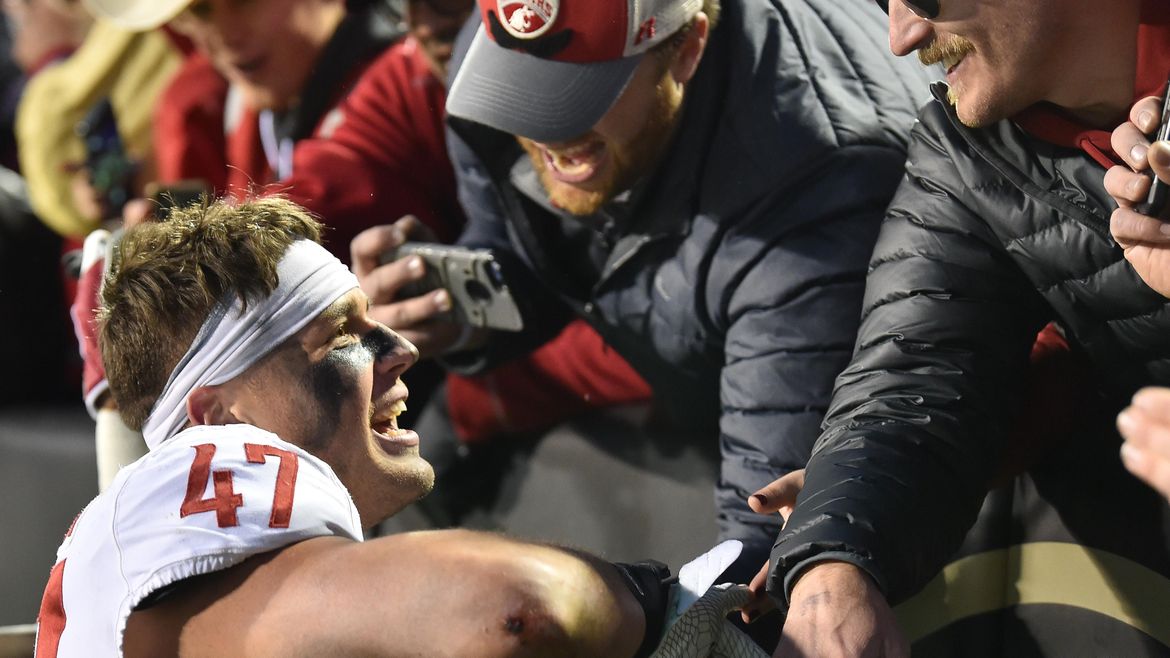 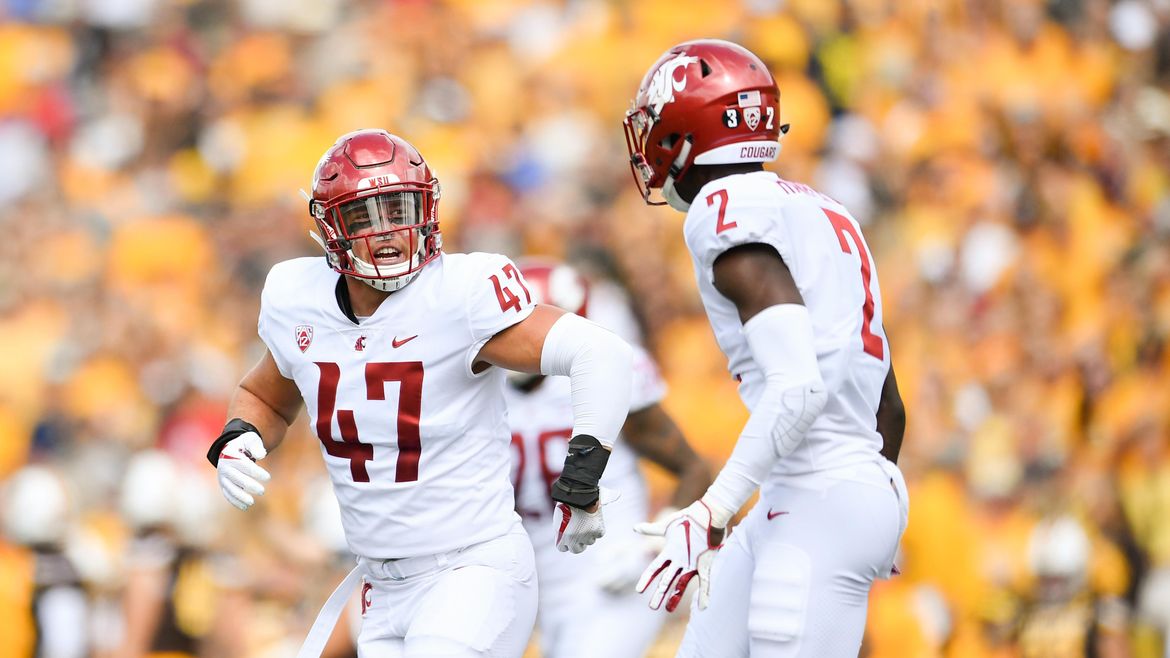 Pelluer was nominated along with Cardon Johnson of James Madison University and Sam Shook of Ohio Northern University. The three finalists came from an original pool of 30 players, drawn … 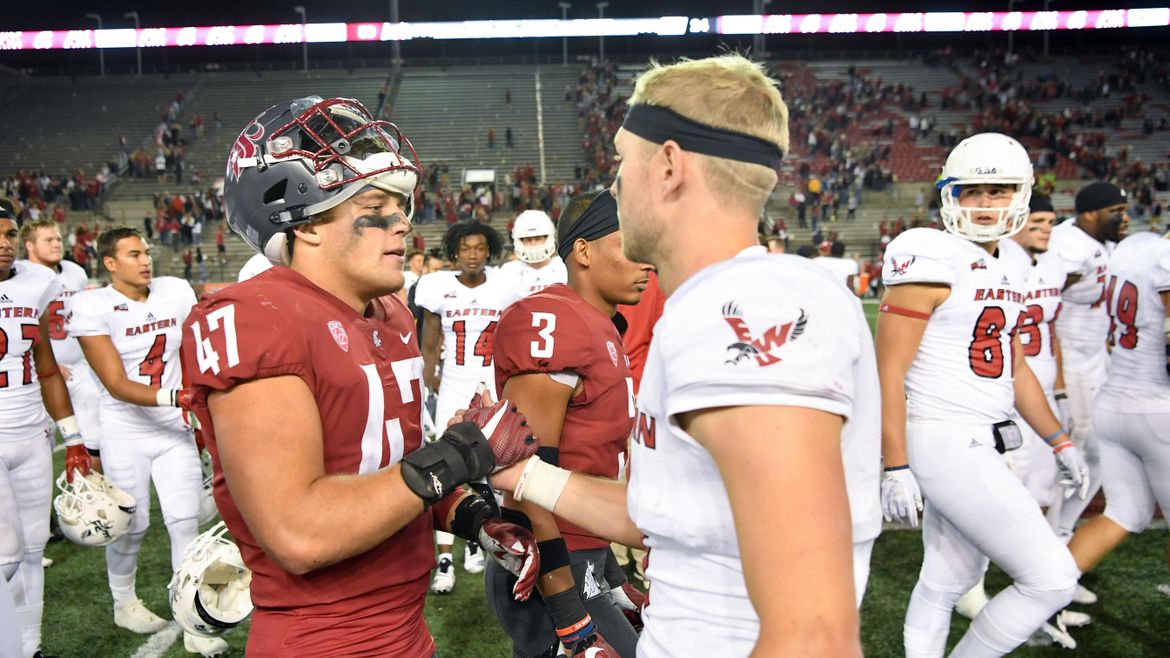 Washington State’s Peyton Pelluer was announced Wednesday morning as a semifinalist for the William V. Campbell Trophy, an award handed out annually by the National Football Foundation to the nation’s … 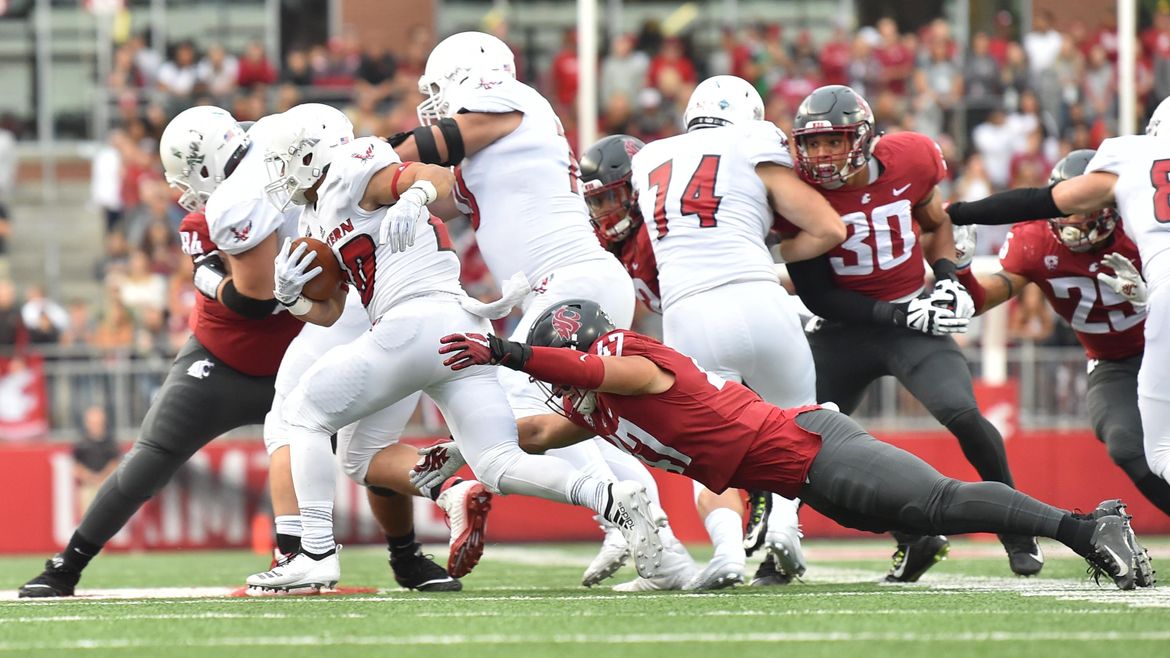 Alabama knew of Pelluer because defensive coordinator Tosh Lupoi, a former defensive line coach and defensive run game coordinator at the University of Washington, is married to the WSU linebacker’s … 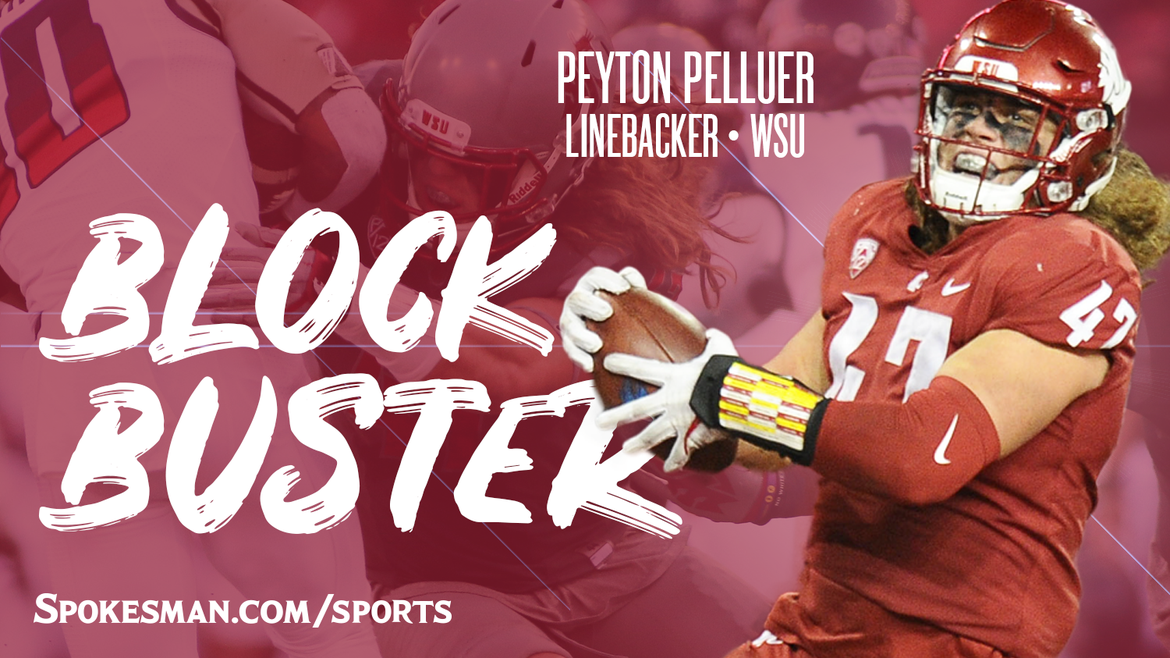 A debilitating foot injury could’ve spelled the end of Peyton Pelluer’s career with the Cougars had it come exactly one week later. Instead, the hearbeat of Washington State’s defense is … 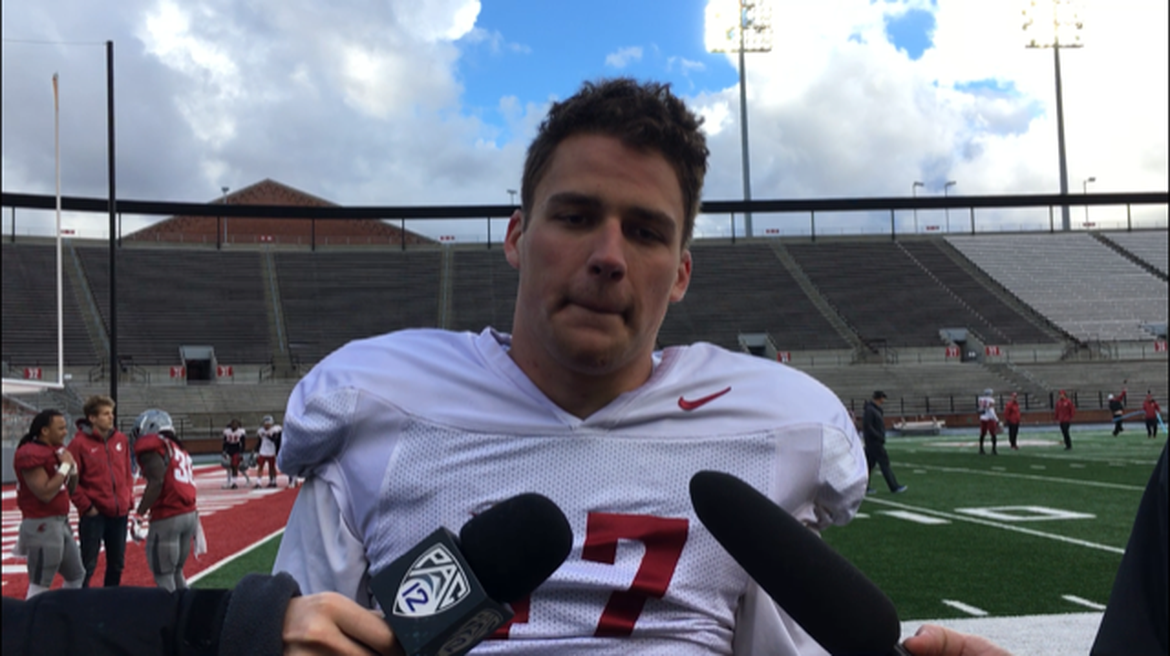 WSU linebacker Peyton Pelluer talks about returning for a sixth season and how the Cougars have adjusted to not using play-calling wristbands on defense. 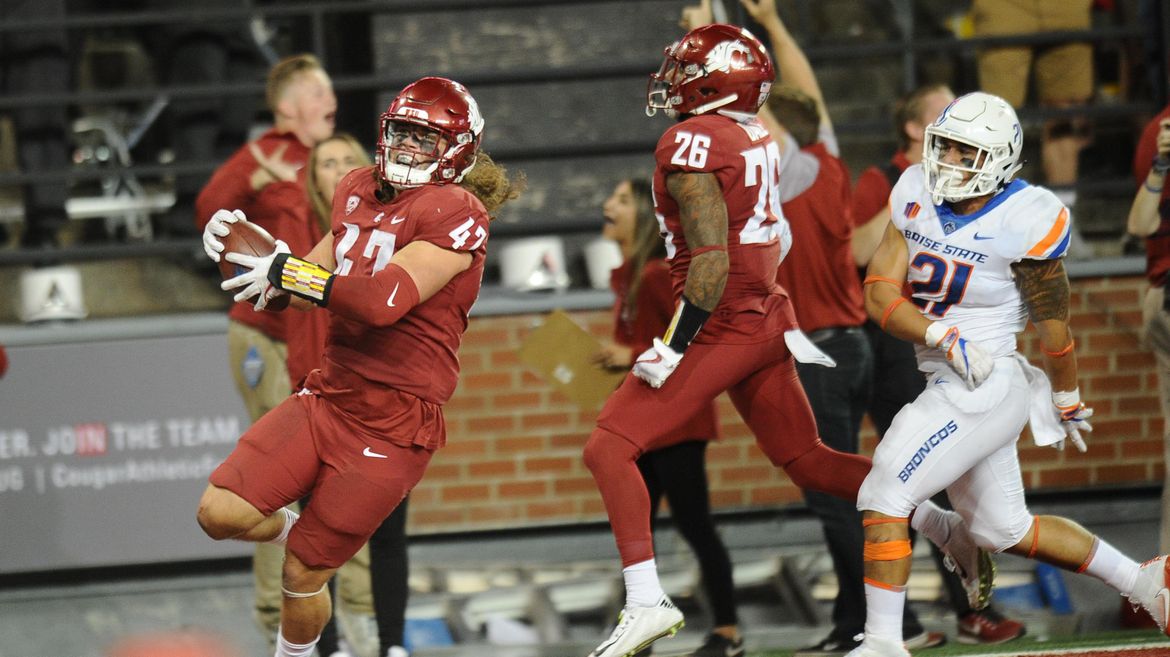 An otherwise dim offseason for the Washington State football team was offered a short window of relief in late January. 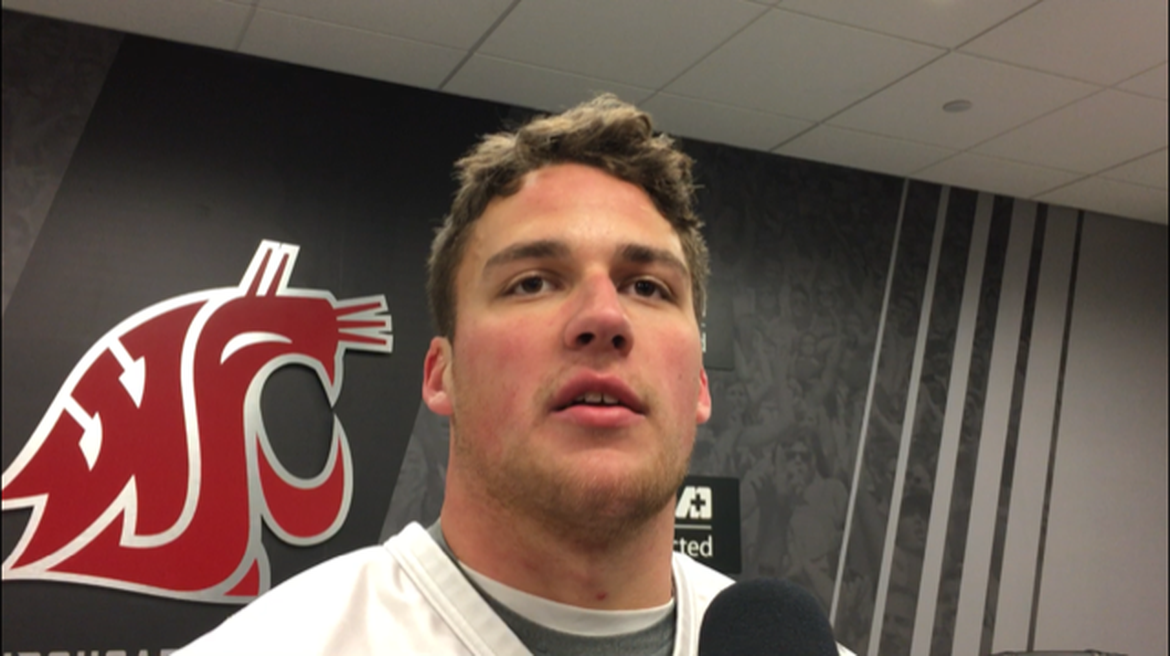 Cougars linebacker Peyton Pelluer talks about being able to return for a sixth year, learning Tracy Claeys’ defense and chopping off his hair during the offseason. 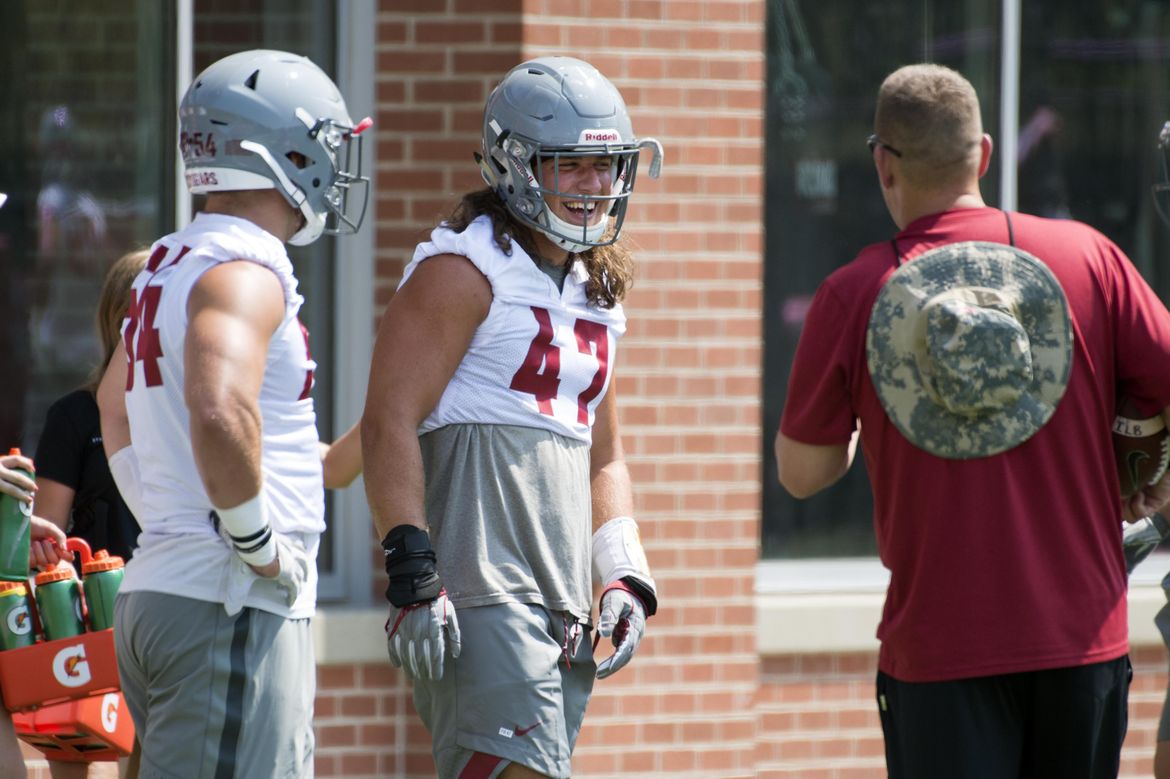 Peyton Pelluer’s return gives the WSU Cougars exceptional depth at the middle linebacker positions next season. The Sammamish, Washington, native was an All-Pac-12 Conference honorable mention selection in 2016 and … 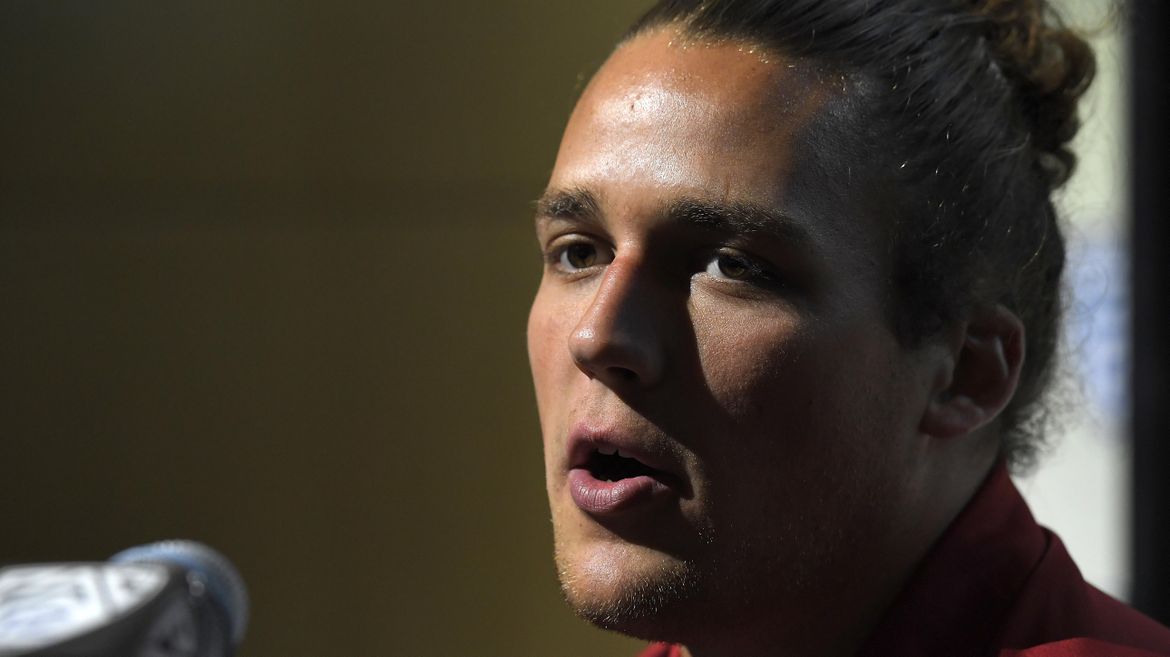 Arconado, a redshirt sophomore who’s yet to declare a major, registered a 3.38 GPA. Pelluer is a Humanities major from Sammamish, Washington, and registered a 3.36 GPA to earn all-academic … 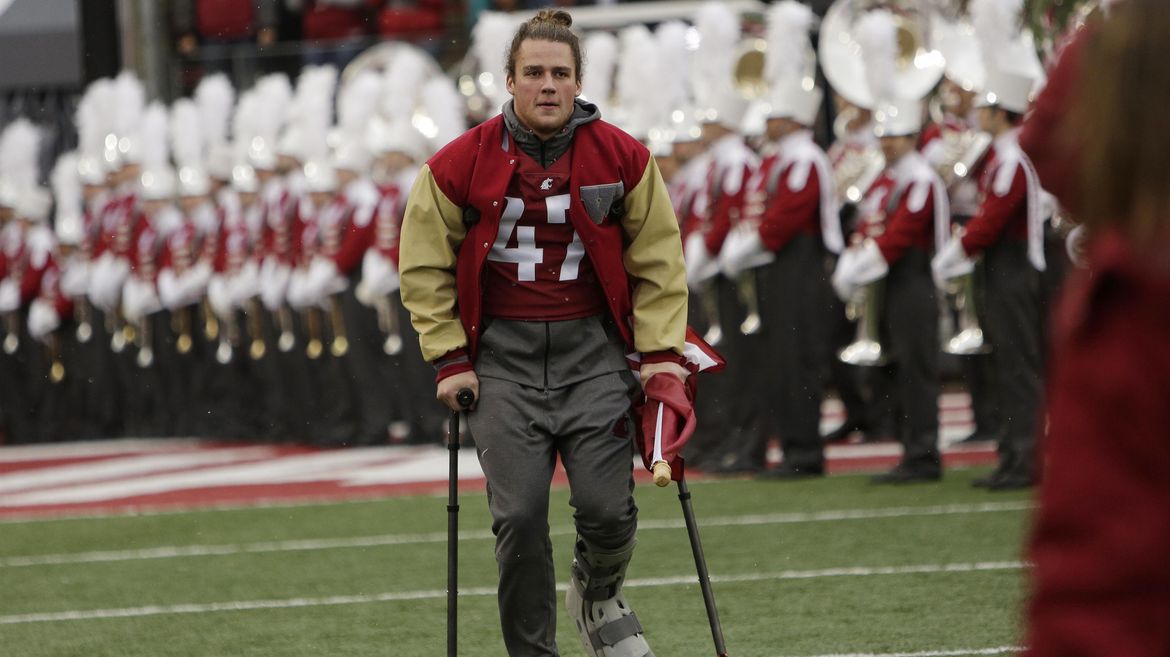 When Jahad Woods has a question these days, Washington State’s redshirt freshman linebacker often finds himself going to the inside linebackers coach who isn’t on the university payroll. 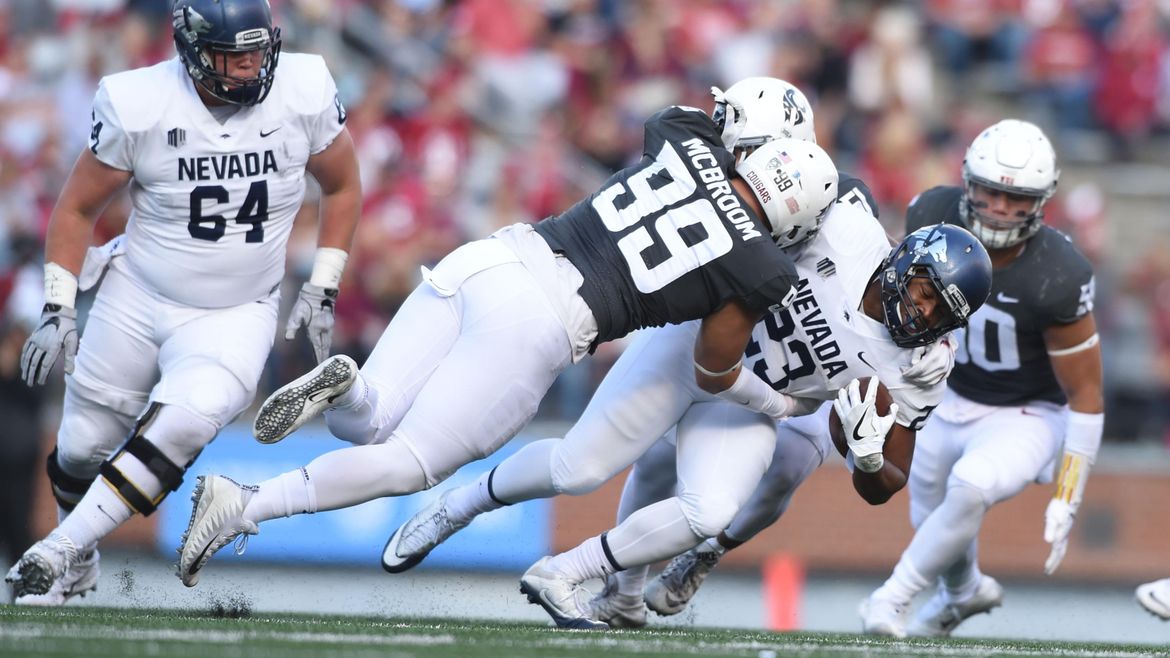 No Peyton Pelluer, no problem for Washington State defense

When Washington State coach Mike Leach was asked about the obvious absence of his prized linebacker, Peyton Pelluer, on Saturday, the never-speak-of-an-injury Leach wouldn’t recognize the fact he didn’t register … 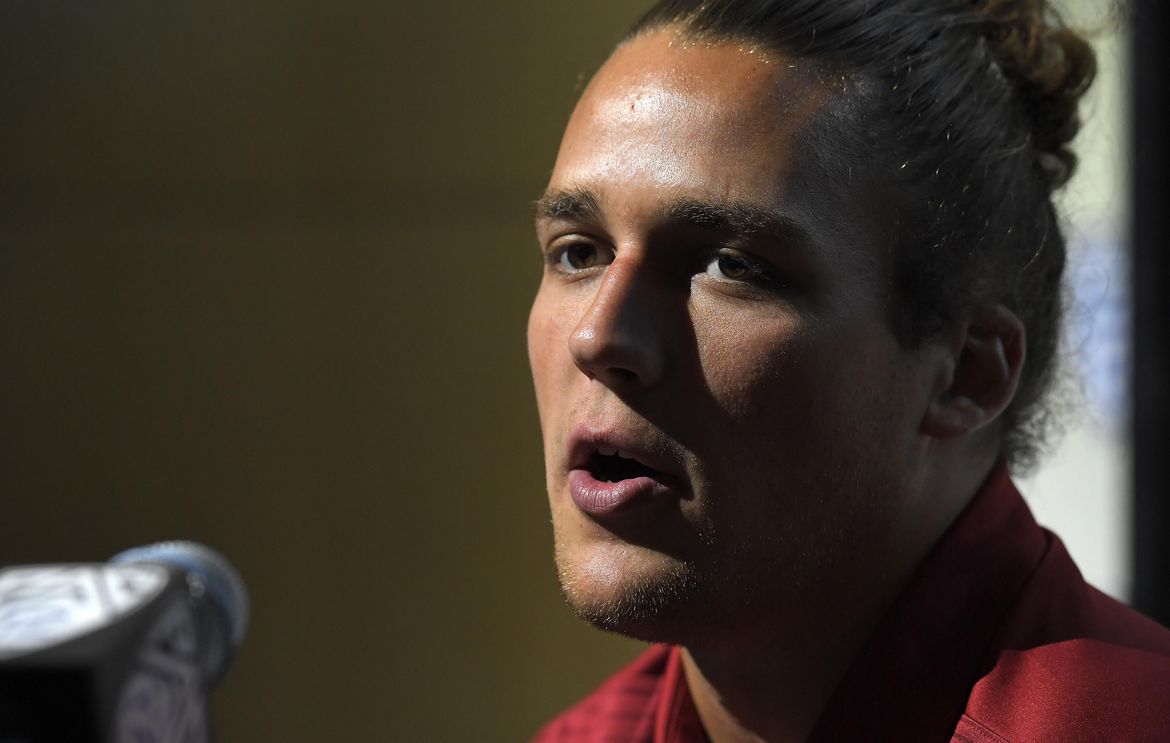 PULLMAN – Washington State middle linebacker Peyton Pelluer won’t play another snap this season after fracturing his foot during the first half of the Cougars’ game against Oregon State, the … 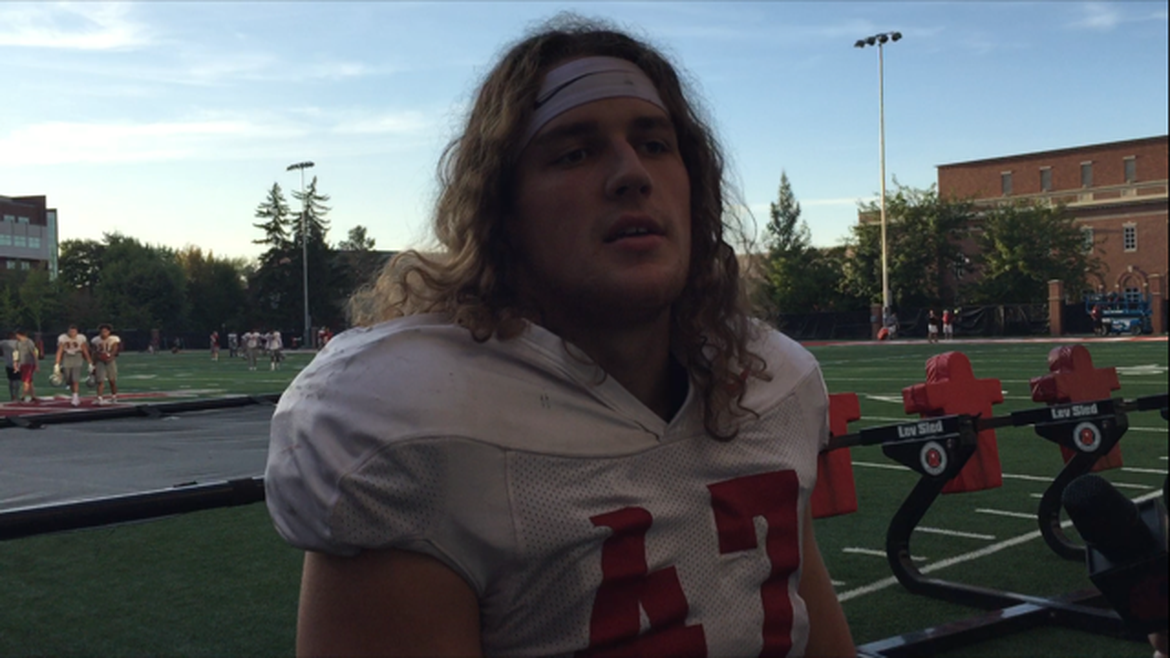 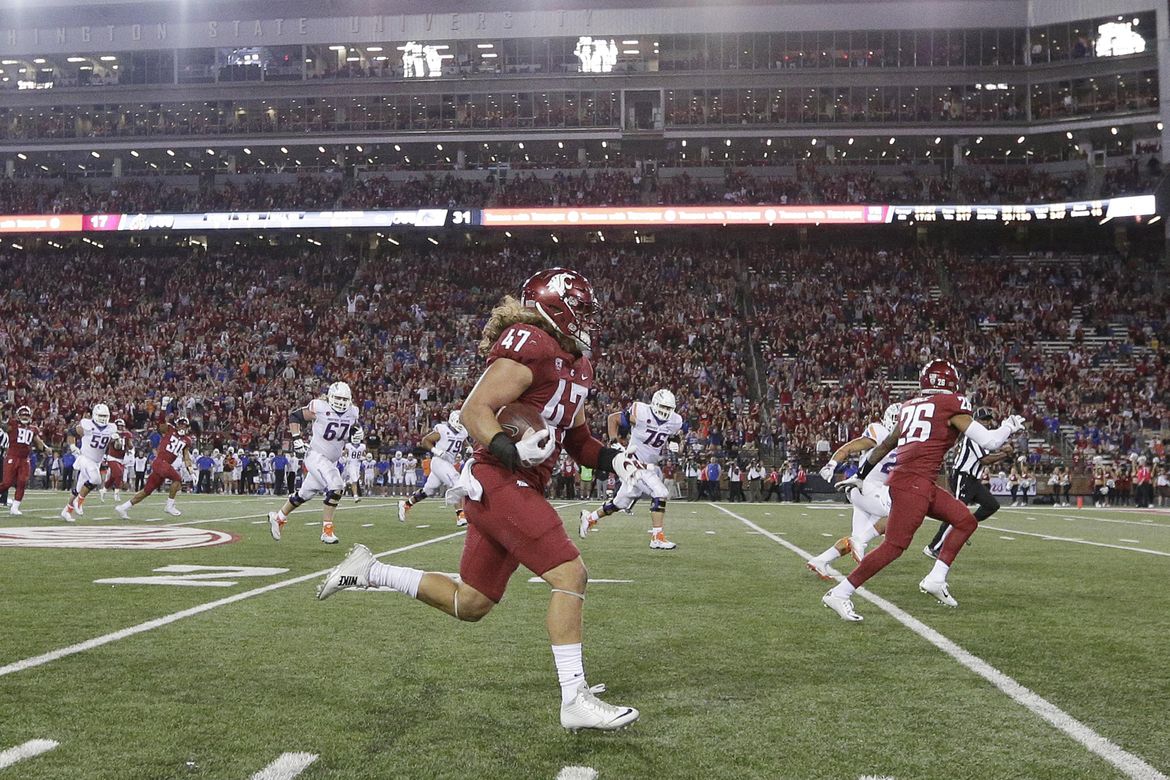 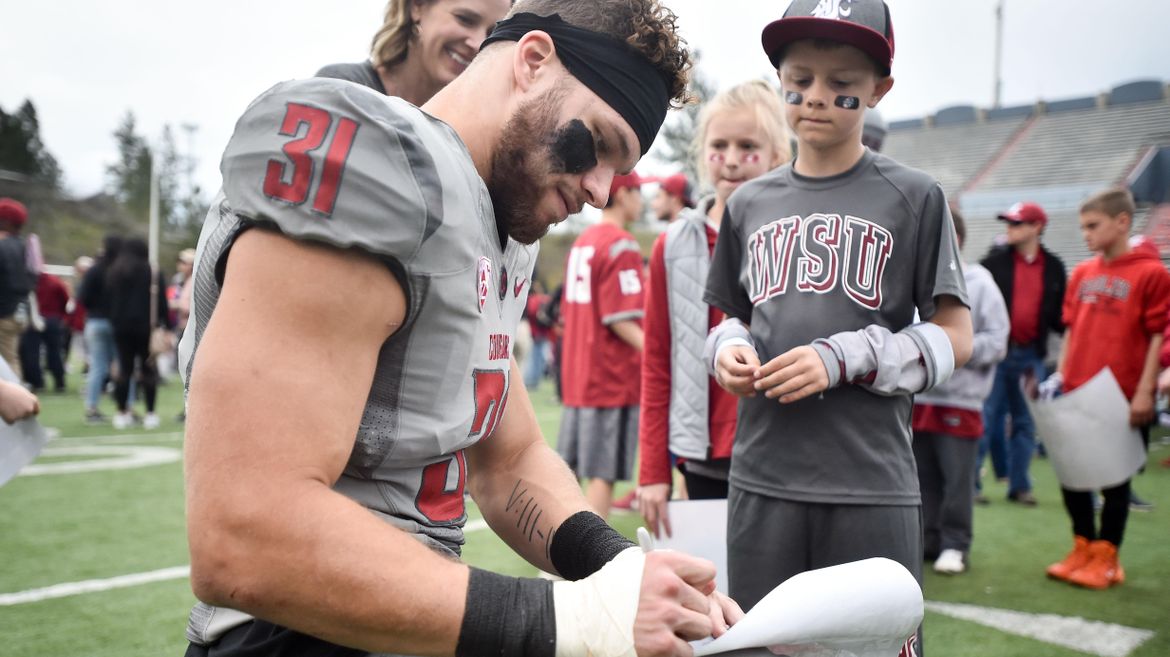 There’s something unfamiliar about the start of Isaac Dotson’s senior season. Familiarity. 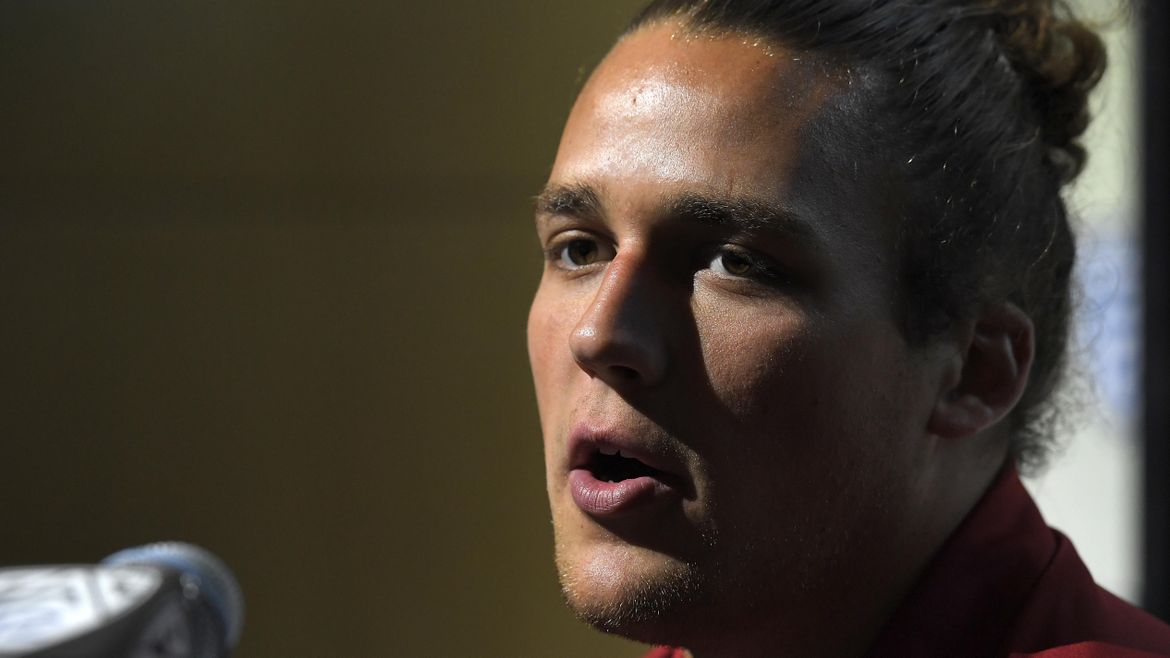 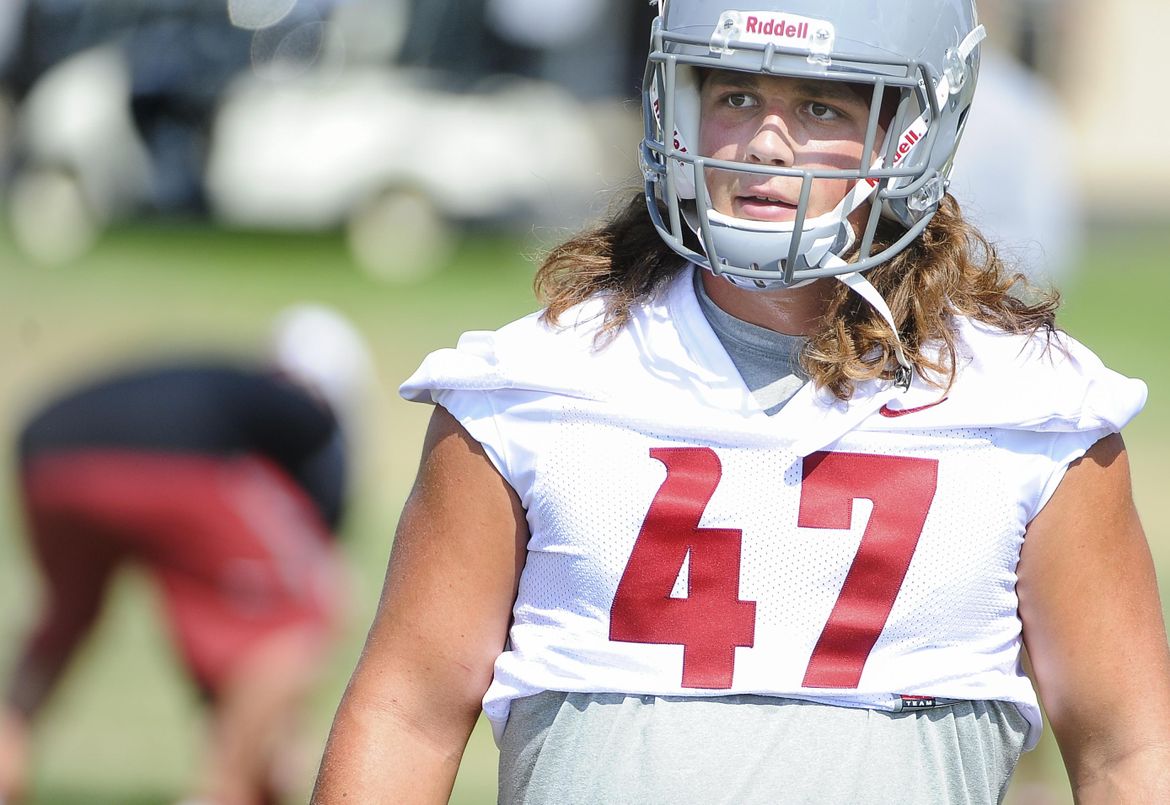 When a person is part of a legacy like the Pelluers, it can be tough to stand out above the crowd. Sure, Peyton Pelluer will likely be a four-year starter … 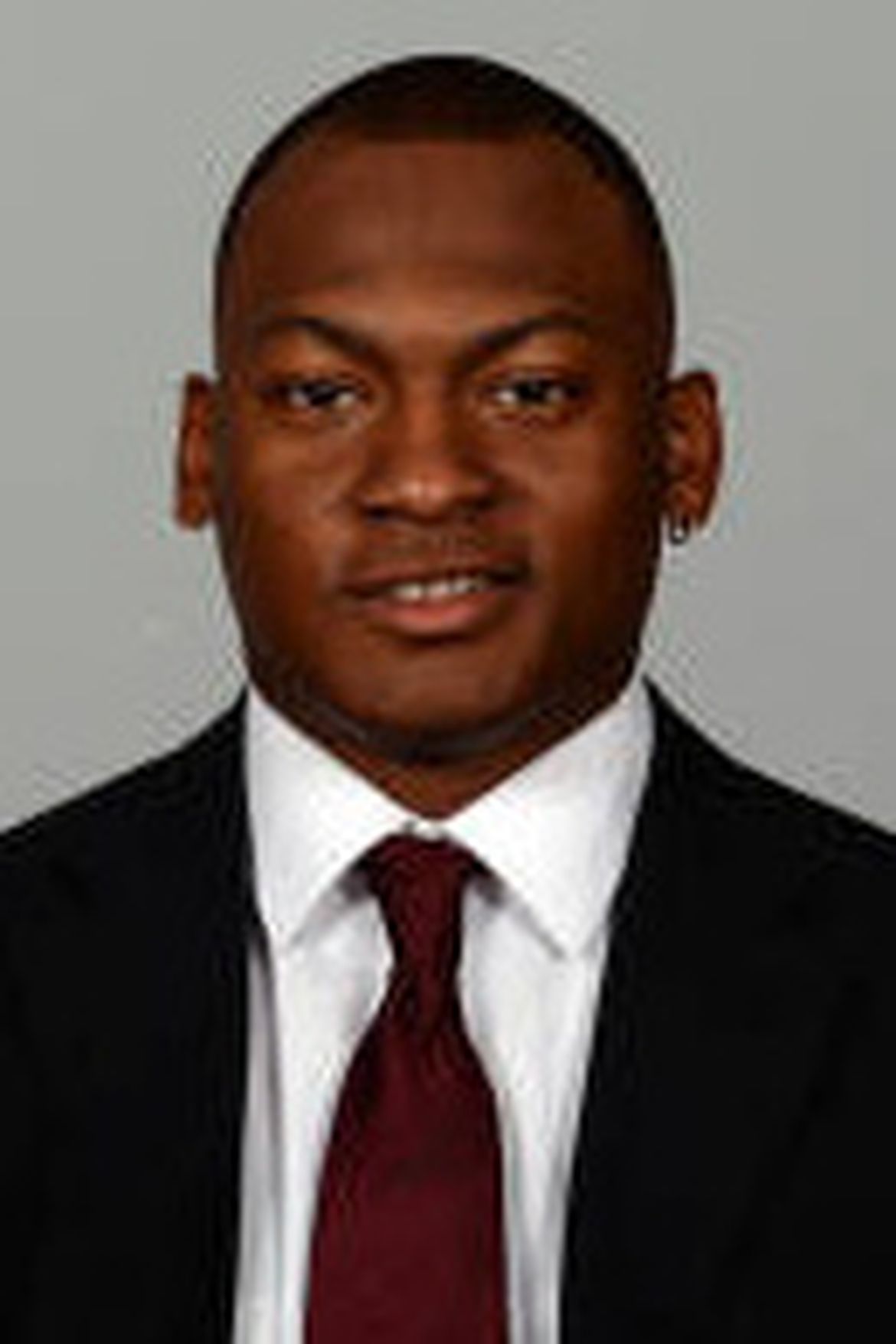 WSU has pleasant dilemma at LB

This is the second of eight previews looking at WSU’s position-by-position prospects for the upcoming season. Today: Linebackers. Tuesday: D-line.

WSU has pleasant dilemma at linebacker

PULLMAN – The speed at which football is played will never slow down for Peyton Pelluer, but he’s starting to speed up. While the sophomore linebacker isn’t particularly quick for … 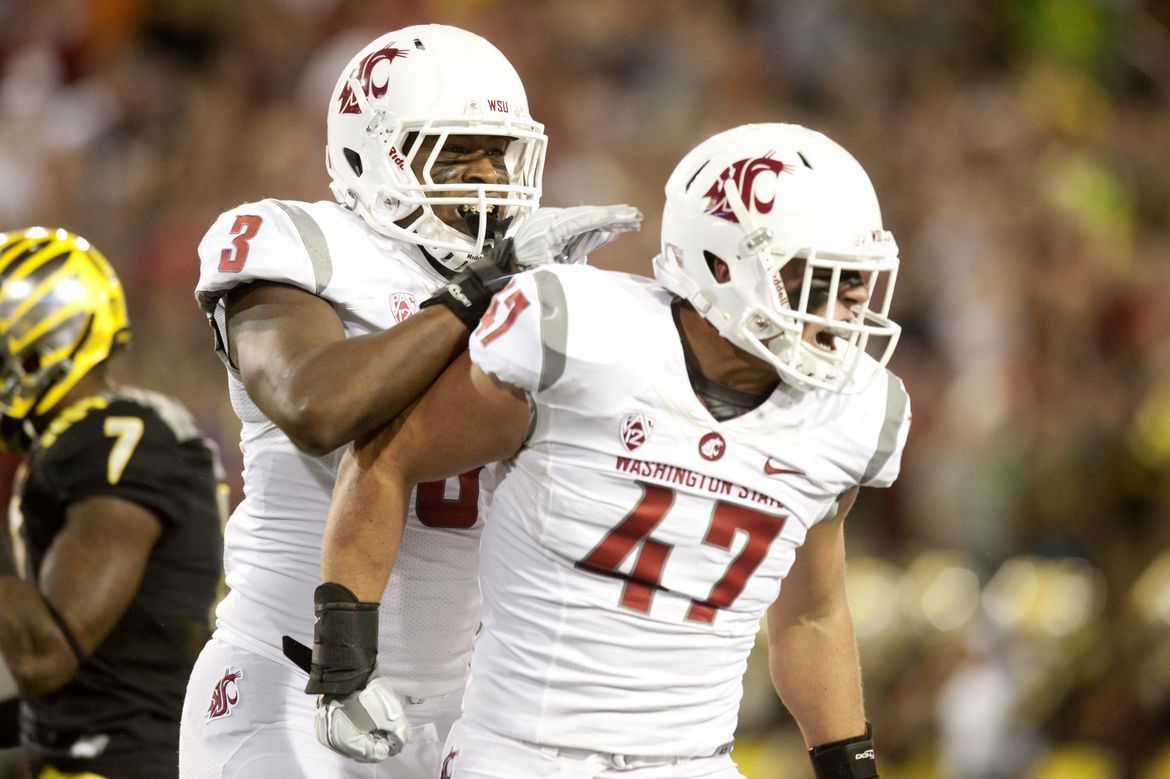 PULLMAN – The speed at which football is played will never slow down for Peyton Pelluer, but he’s starting to speed up. 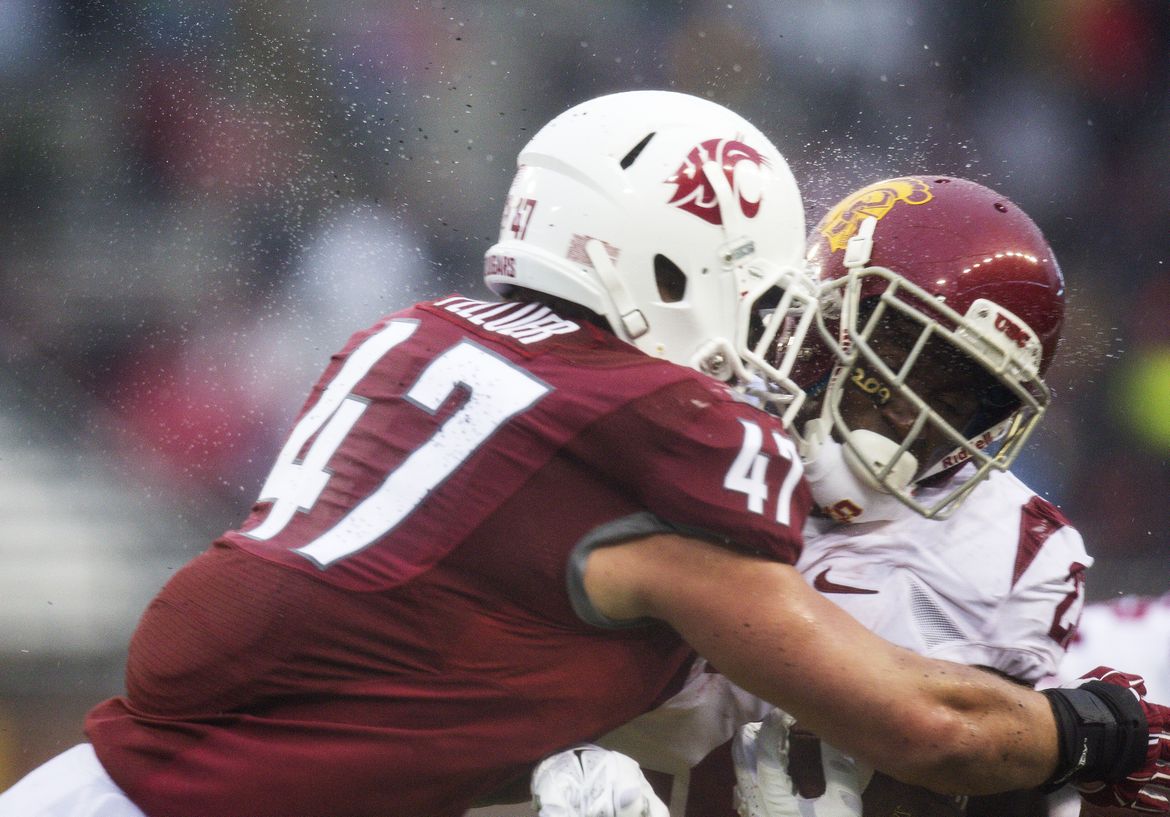 Apple Cups runneth over for Pelluers

PULLMAN – Cooper Pelluer will be in the Martin Stadium stands on Saturday supporting his little brother, Peyton, to a point. Although his brother, a redshirt freshman, will be the …