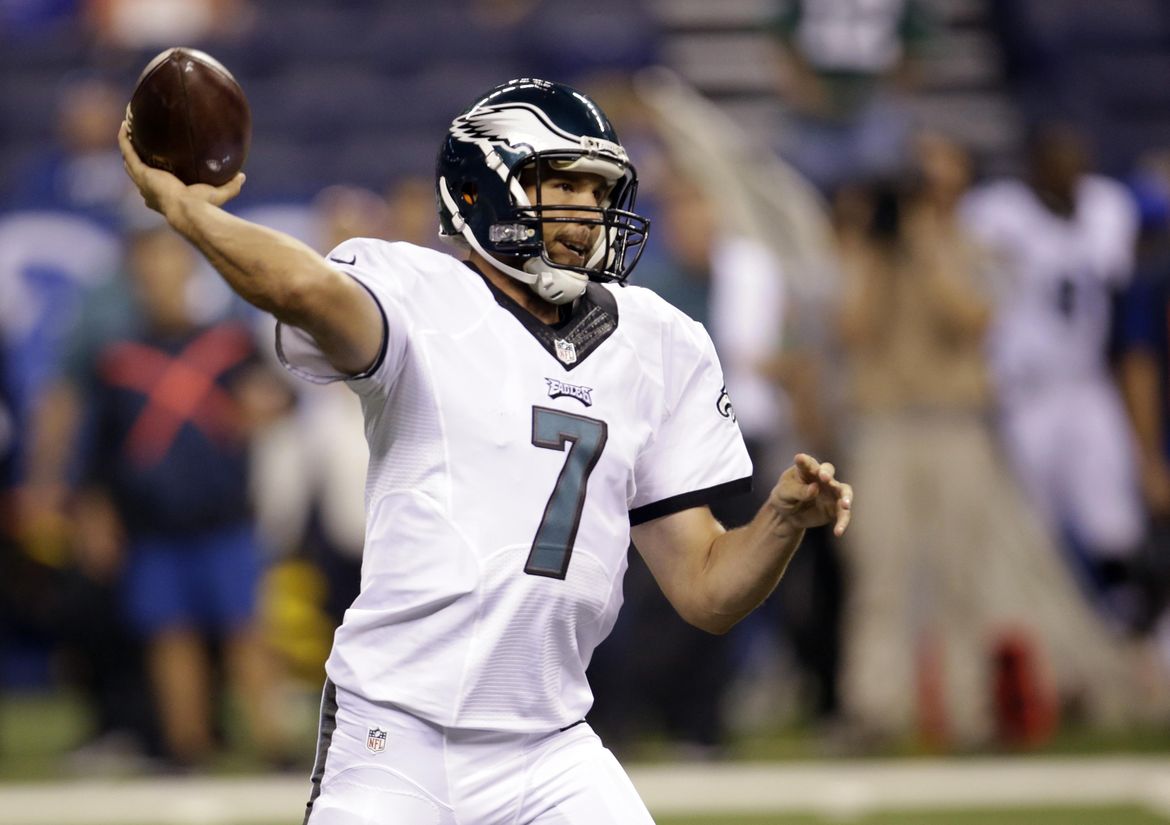 Vikings pull stunner by trading with Eagles for Sam Bradford

Trades overshadowed cuts Saturday as NFL teams got down to the 53-man limit for the regular season. 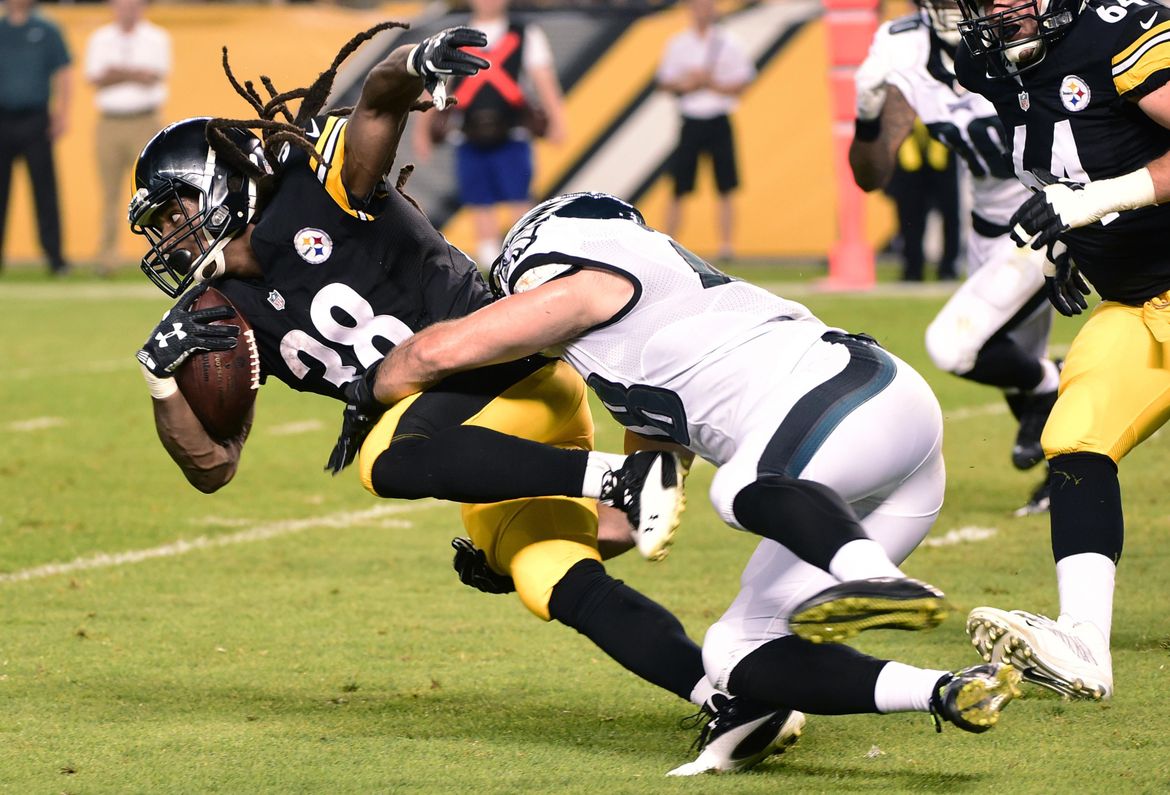 Nolan Carroll’s 38-yard interception return for a score was the lone touchdown of the first half, helping the Eagles to a 17-0 victory Thursday night.

Carson Wentz gets first taste of action with Eagles 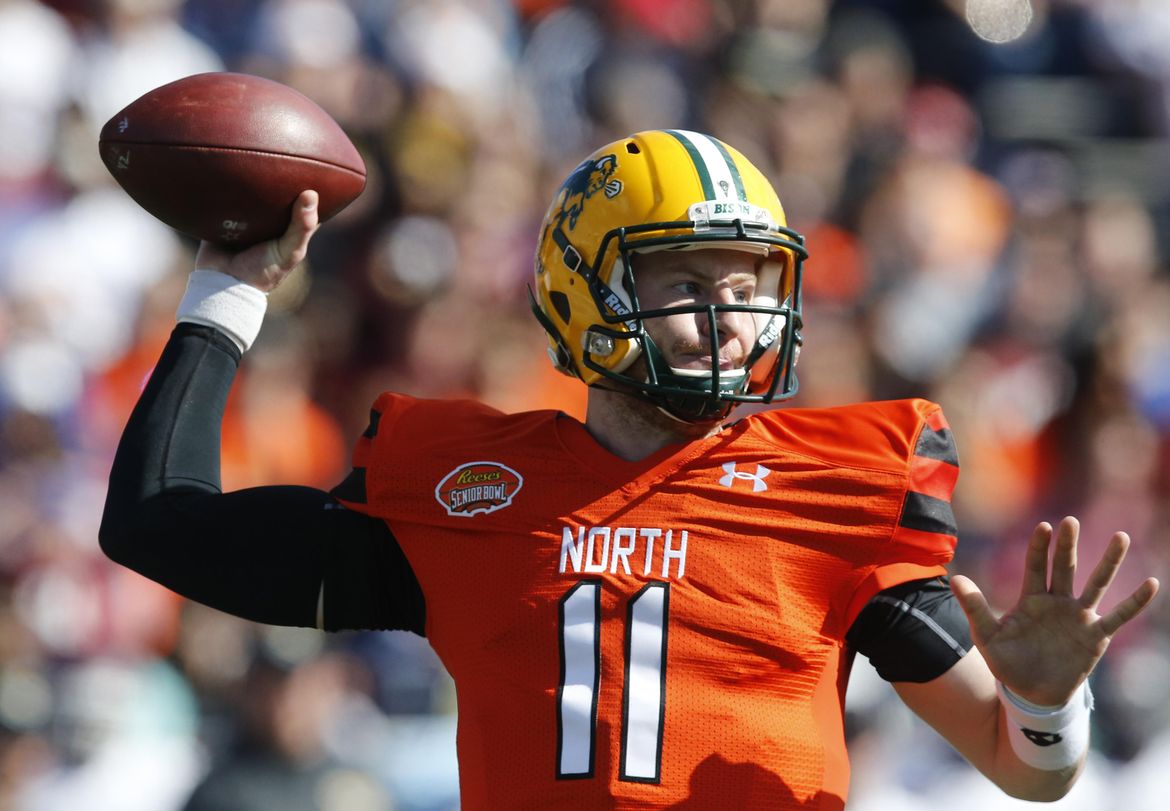 The Philadelphia Eagles acquired the No. 2 overall pick in next week’s draft from Cleveland in exchange for five picks.

The Eagles have interviewed running backs coach Duce Staley for their vacant coaching position created when Chip Kelly was fired on Tuesday.

The Philadelphia Eagles fired Chip Kelly with one game left in his third season, dumping the coach after missing the playoffs in consecutive years.

The Arizona Cardinals can check division champions off their to-do list.

Matthew Stafford dropped back and perfectly lofted the ball where only Calvin Johnson could catch it.

Eli Manning has won two Super Bowls since his rough debut in 2004, but no team has beat him up more than the Eagles over the years. Manning’s 13 losses …

ATLANTA – In his first game with that big contract, Julio Jones was worth every penny. Jones hauled in nine passes for 141 yards, including a pair of touchdowns, and … 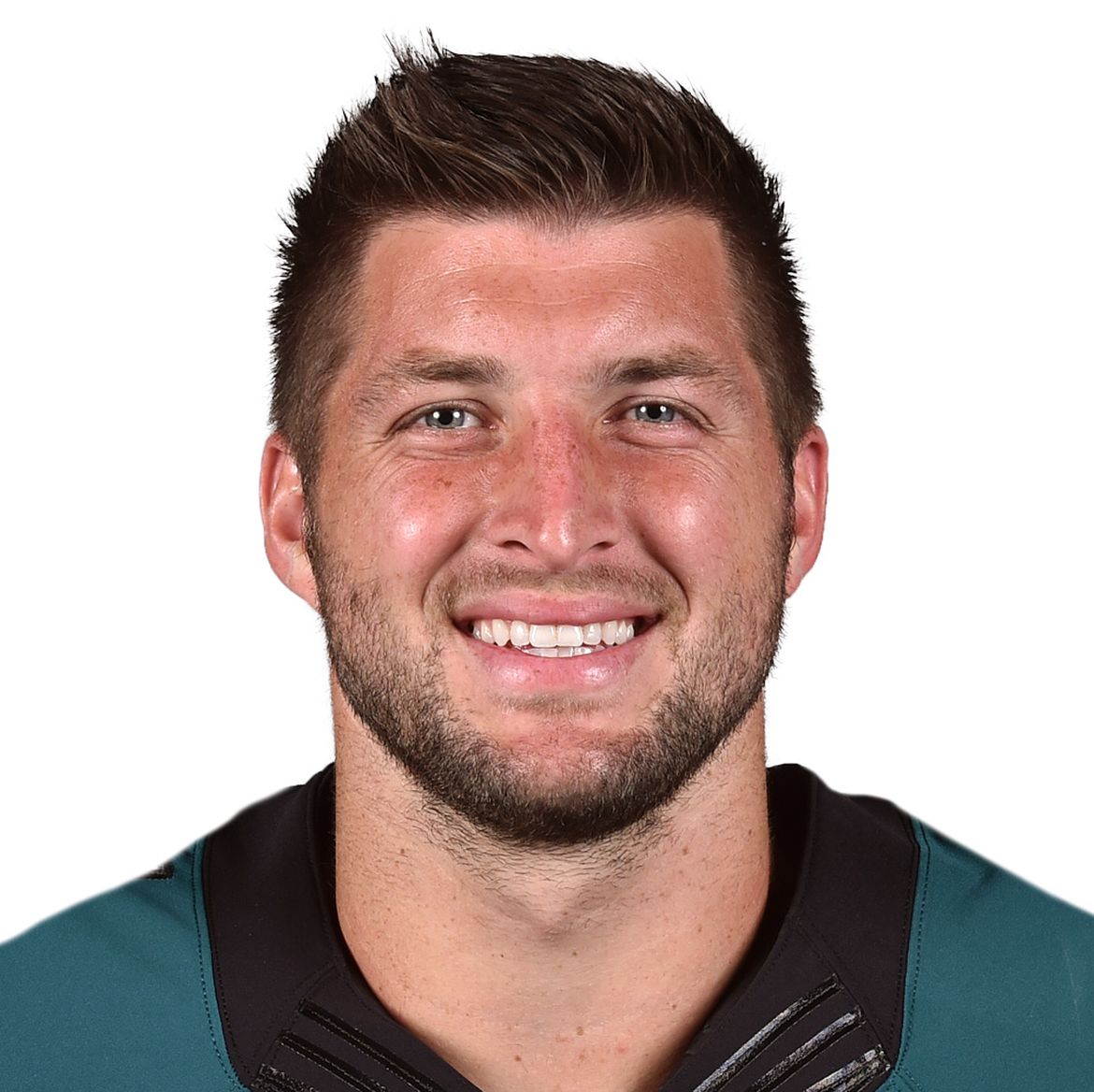 Tim Tebow is the biggest name among NFL cuts for the second time in three years. Tebow had seemingly won the No. 3 QB job when Philadelphia traded Matt Barkley …

When Tim Tebow completes a pass or takes off running with the football, fans watching the Philadelphia Eagles practice cheer loudly and reporters quickly post about it on social media. …

PHILADELPHIA – It’s Tebow Time in the City of Brotherly Love. Tim Tebow is expected to sign a one-year contract with the Eagles today, according to three people familiar with … 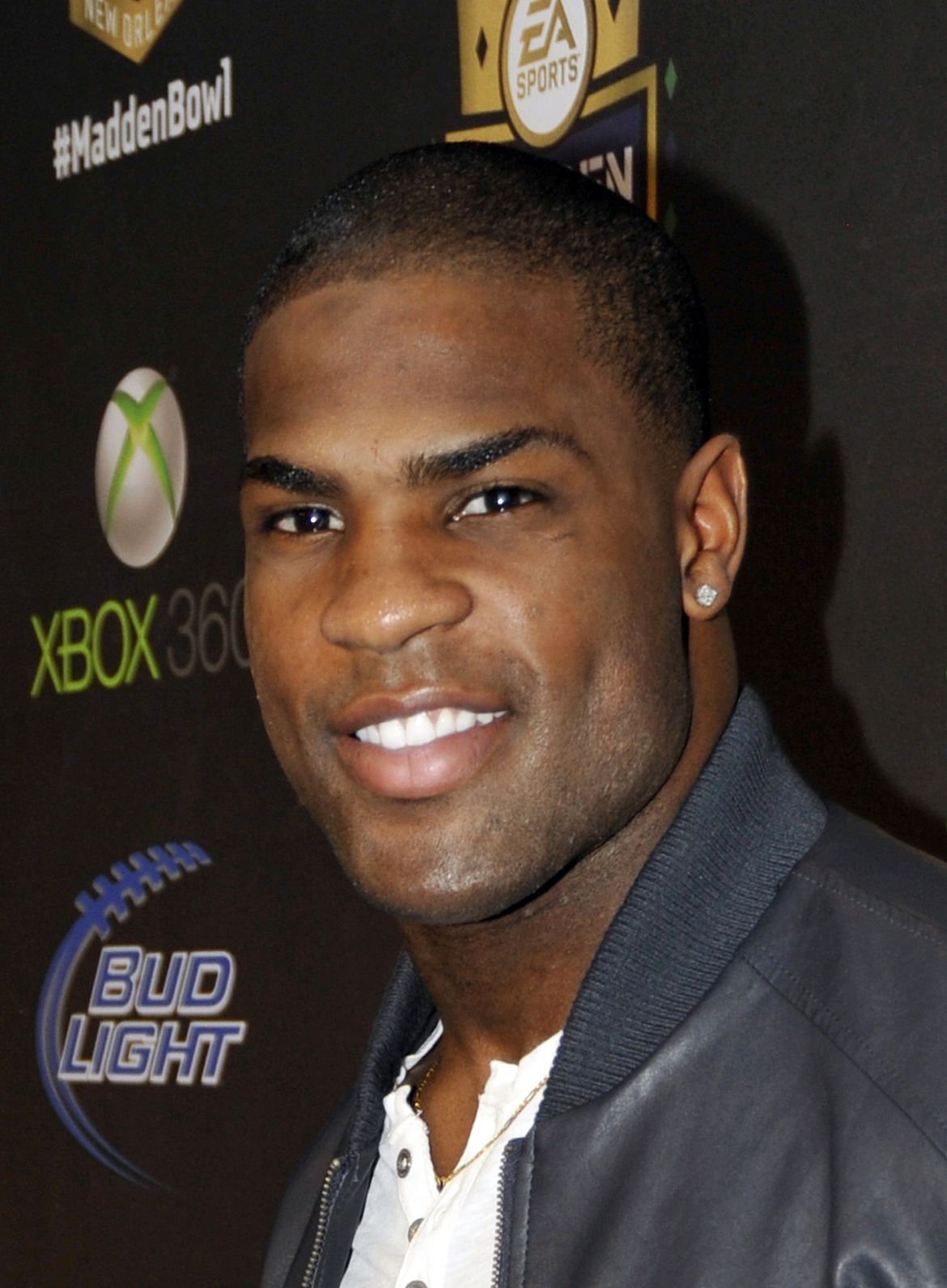 DeMarco Murray got the money he wanted from his former team’s division rival. The All-Pro running back agreed to a five-year contract with the Philadelphia Eagles. Murray’s deal was valued … 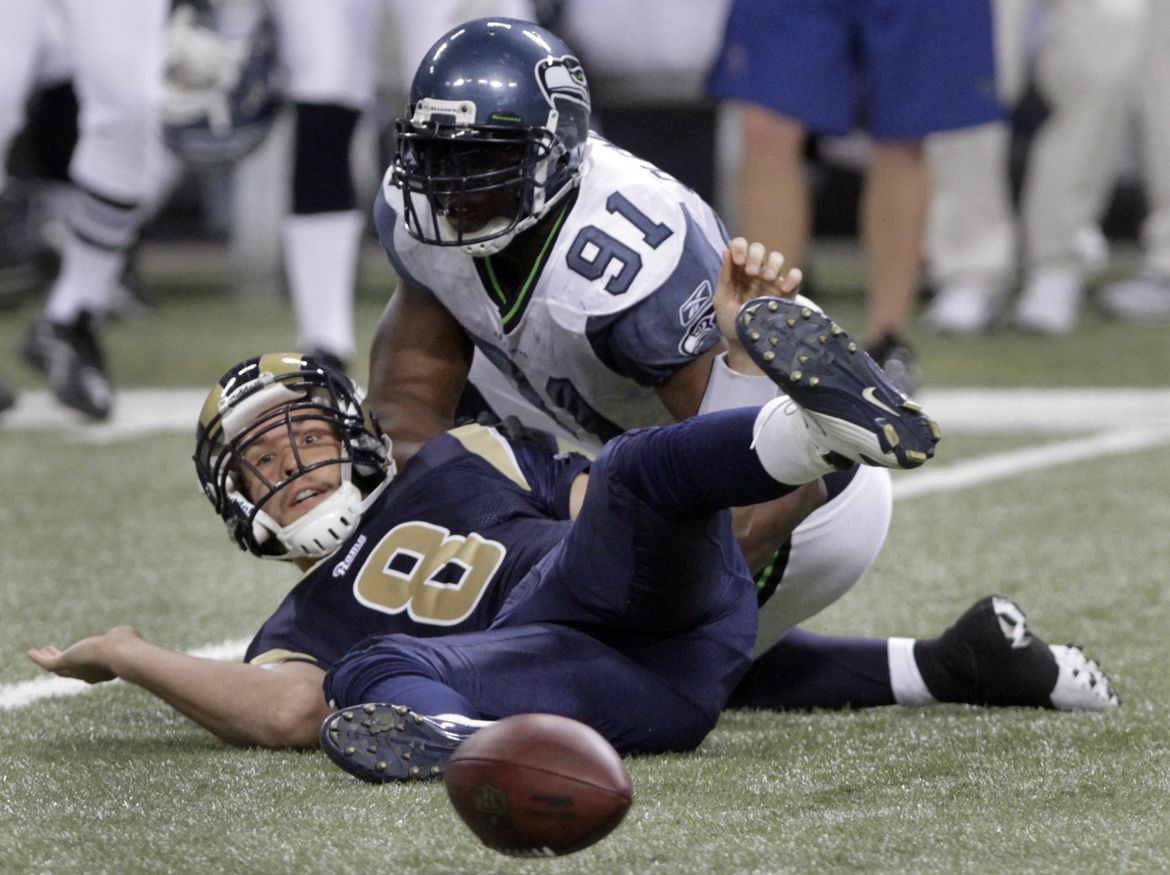 Nick Foles wasn’t Chip Kelly’s franchise quarterback after all. The Philadelphia Eagles have agreed to send Foles to the St. Louis Rams for Sam Bradford in a stunning quarterback swap. … 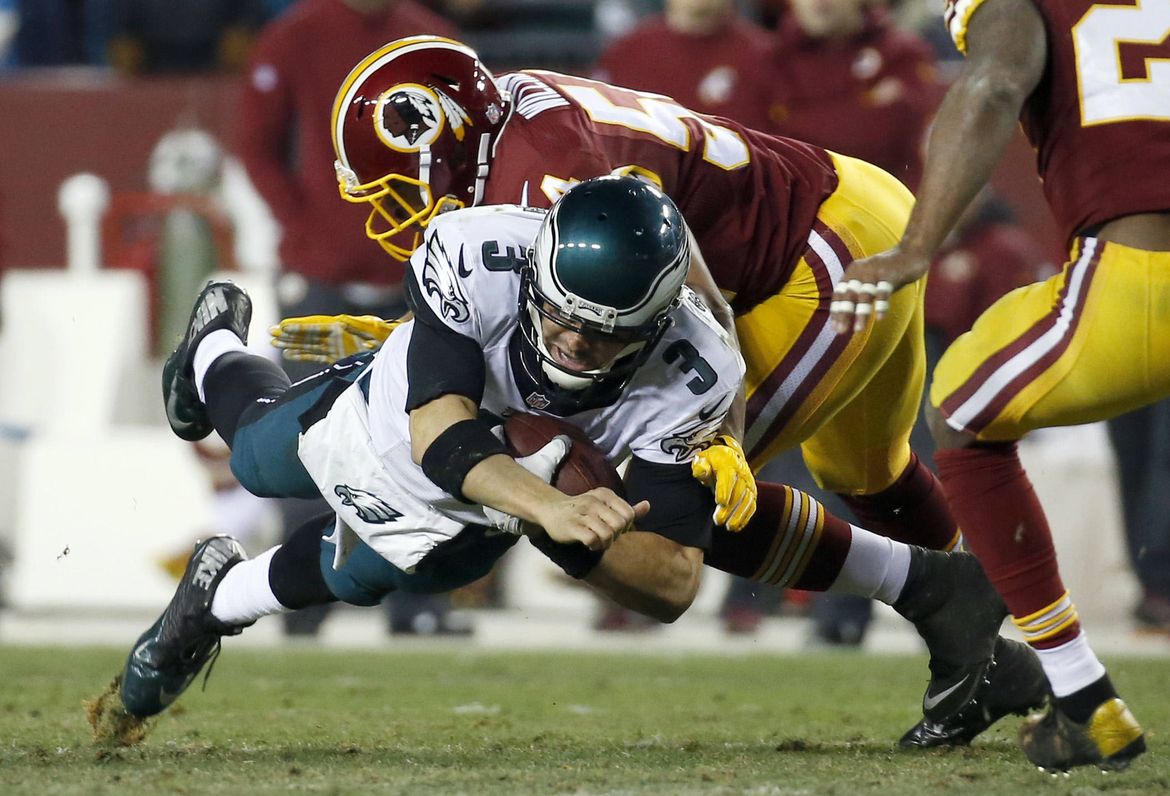 LANDOVER, Md. – The Philadelphia Eagles have proved themselves to be a mirage, a team that got away with its faults until it couldn’t any longer. Leaders in the NFC … 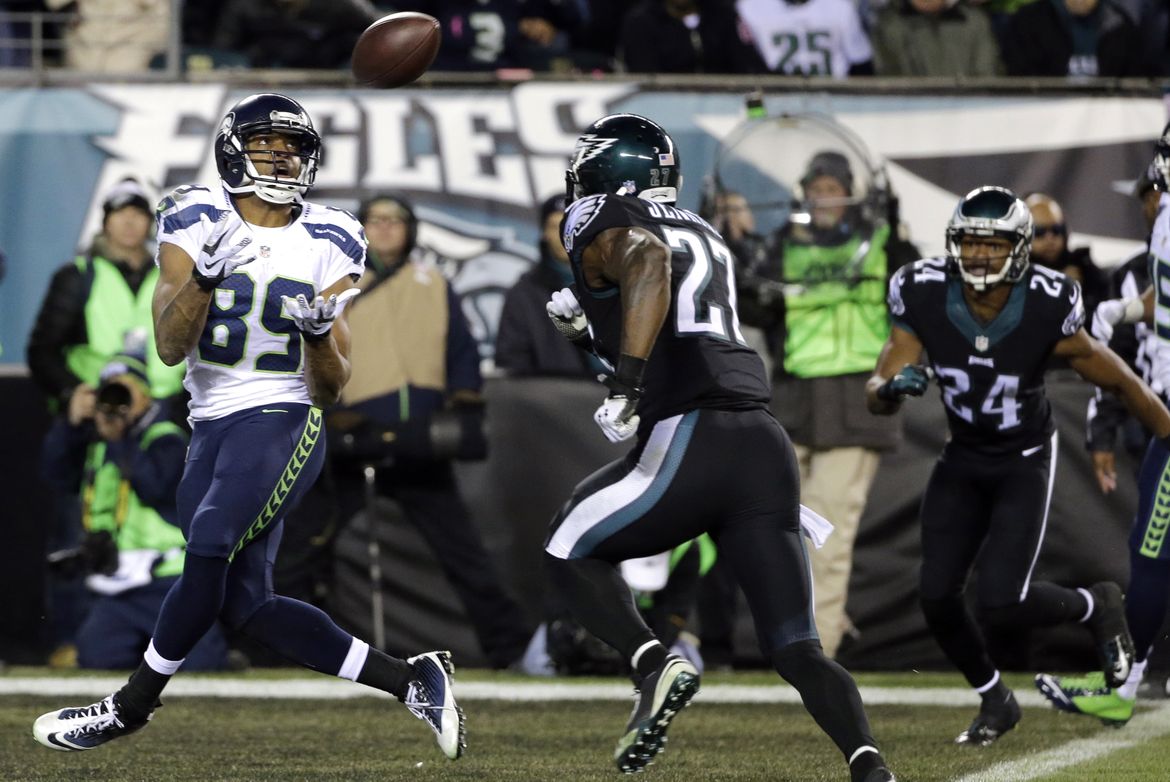 PHILADELPHIA – Richard Sherman turned his back on the field, where another Seahawks defensive domination was well underway. He took a bow toward fans behind Seattle’s bench who weren’t exactly …

Russell Wilson threw two touchdown passes, ran for another score and the Seattle Seahawks defense stifled Philadelphia in a 24-14 victory over the Eagles on Sunday.

PHILADELPHIA – Not since their front four boasted the likes of Reggie White, Clyde Simmons, Jerome Brown and Mike Pitts have the Philadelphia Eagles been as good on the pass …

PHILADELPHIA – Eagles running back LeSean McCoy doesn’t care exactly how he becomes the franchise leader for rushing yards, he just wants to do it in a win. The Philadelphia … 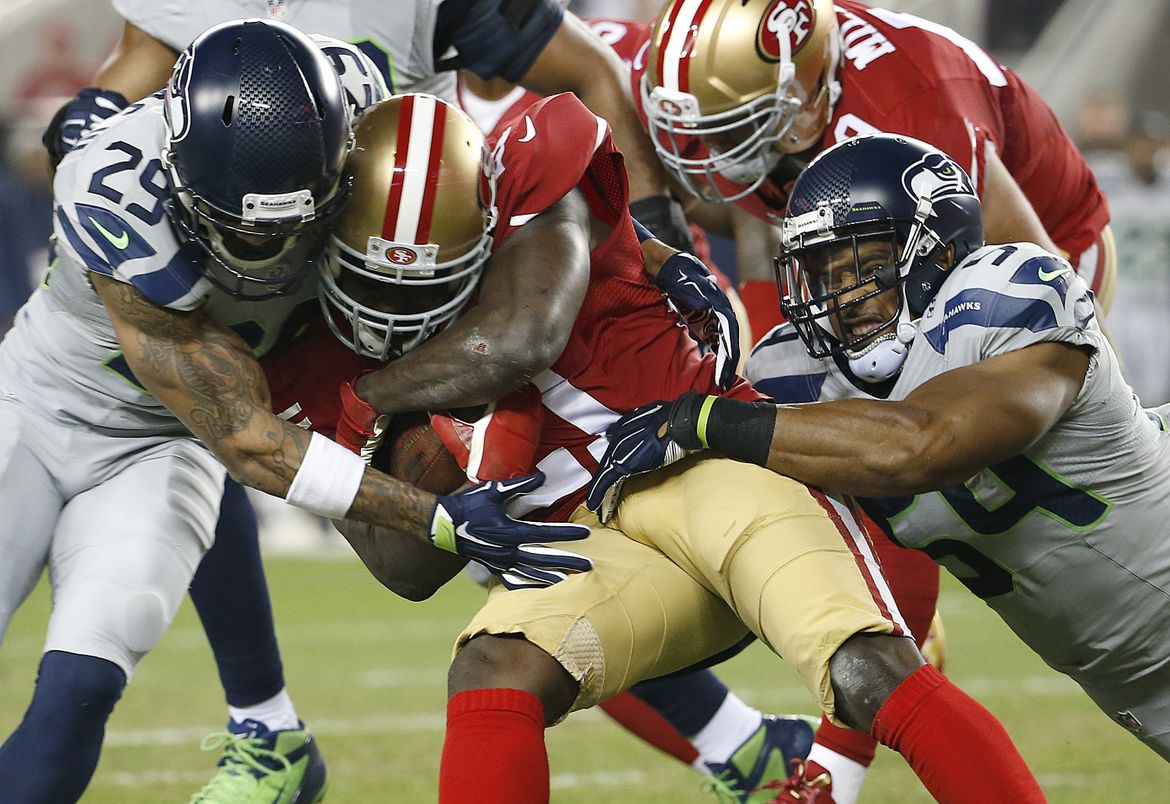 Seahawks’ surging defense to be tested by Eagles

After losing Brandon Mebane for the year and allowing 190 yards rushing to the Kansas City Chiefs three weeks ago, the Seattle Seahawks defense looked like it may be unable … 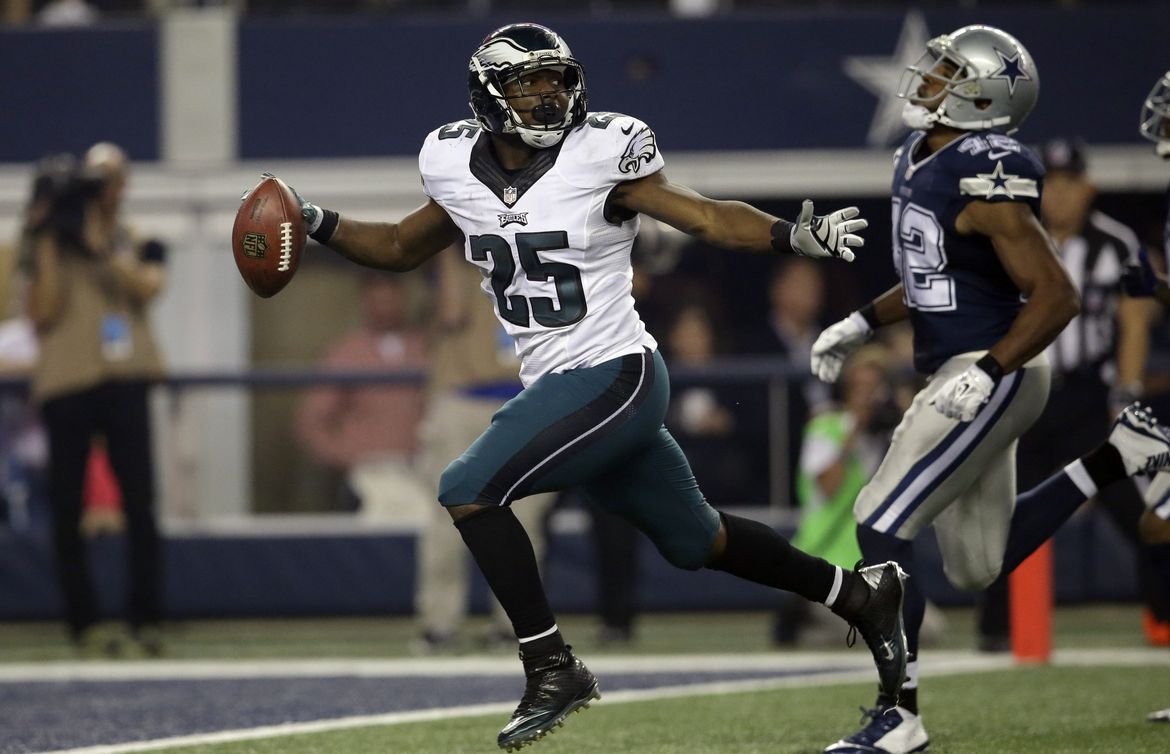 Eagles running back LeSean McCoy doesn’t care exactly how he becomes the franchise leader for rushing yards, he just wants to do it in a win. 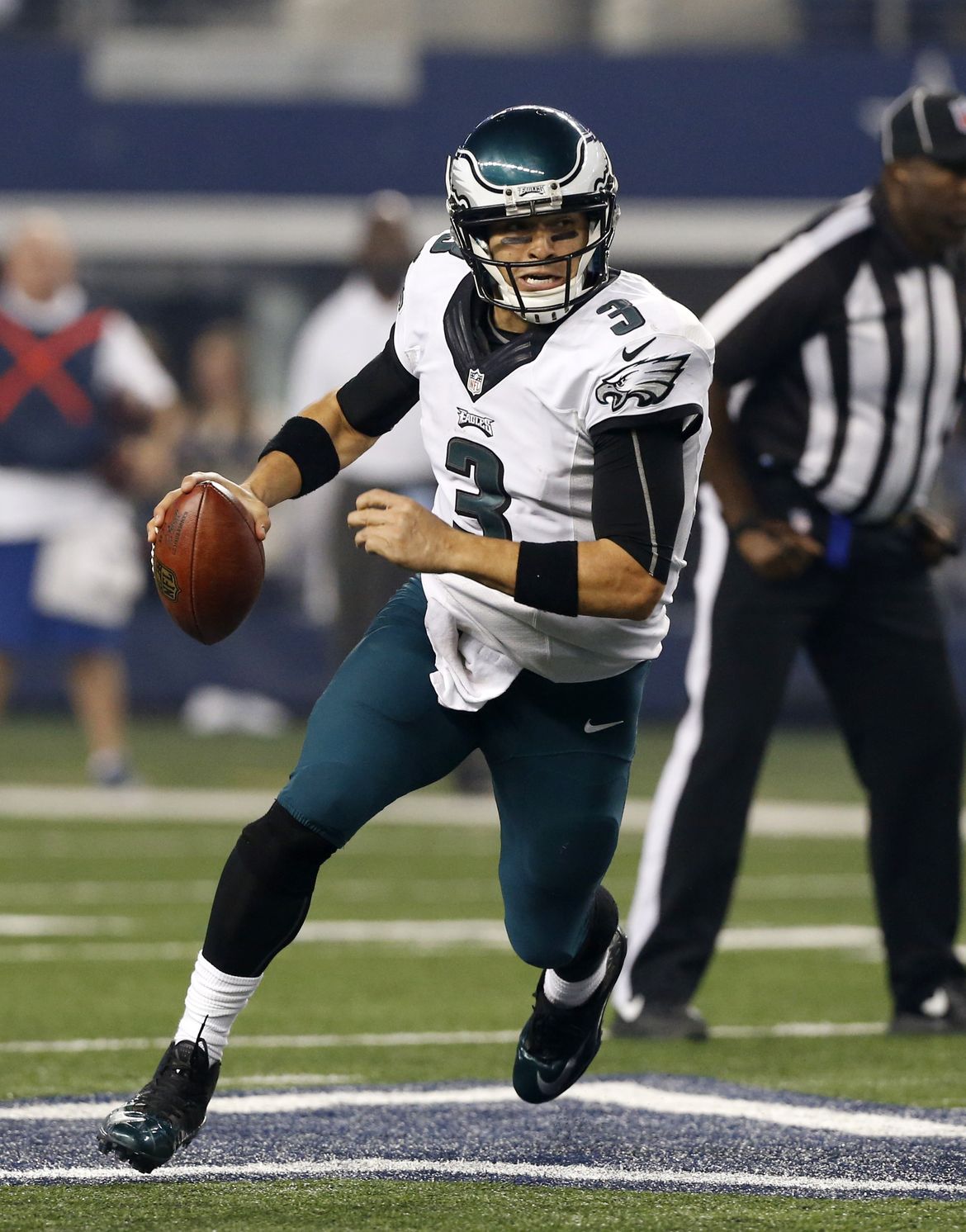 RENTON, Wash. – It was, Mark Sanchez said, simply a disagreement. No different than any other among close friends. “Friends do that,” Sanchez said, referring to Pete Carroll’s famous lack … 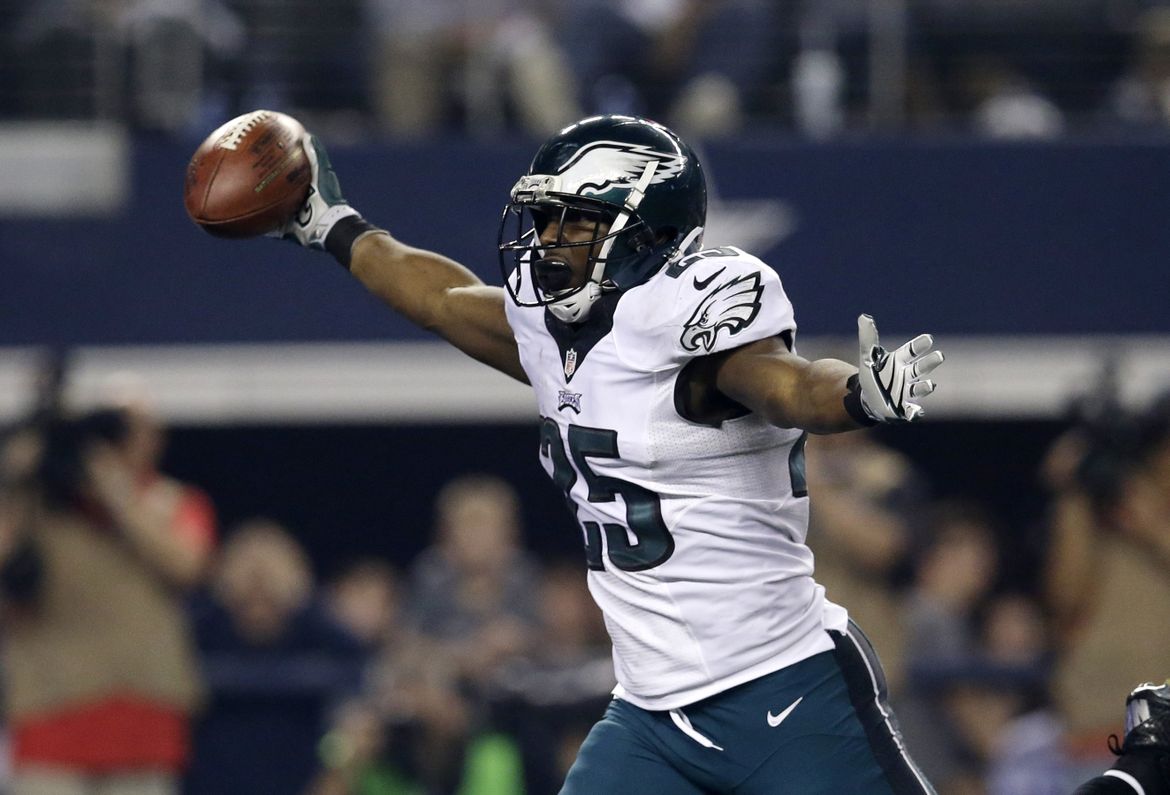 ARLINGTON, Texas – LeSean McCoy threw open his arms just before crossing the goal line on a touchdown run that essentially put away another big win over the Dallas Cowboys. … 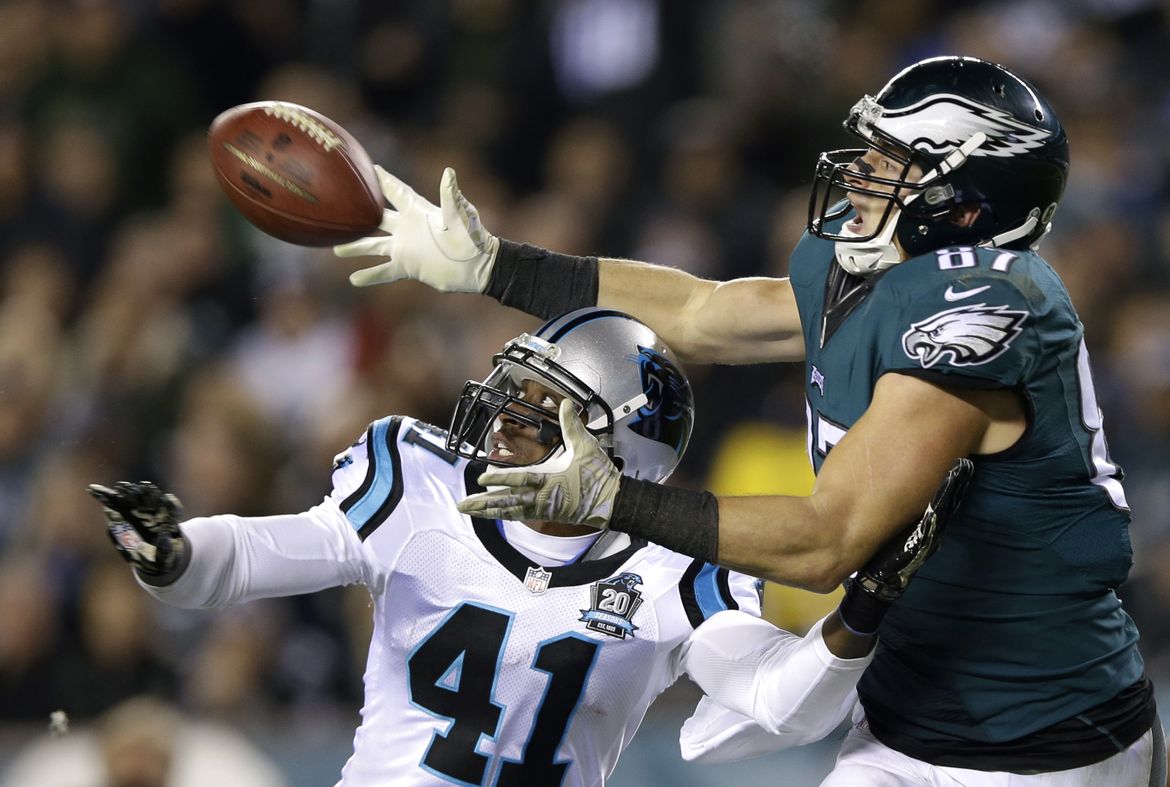 PHILADELPHIA – Mark Sanchez did his part for the Eagles while the defense dominated and special teams shined. Darren Sproles had two touchdowns, Sanchez threw for two scores and the … 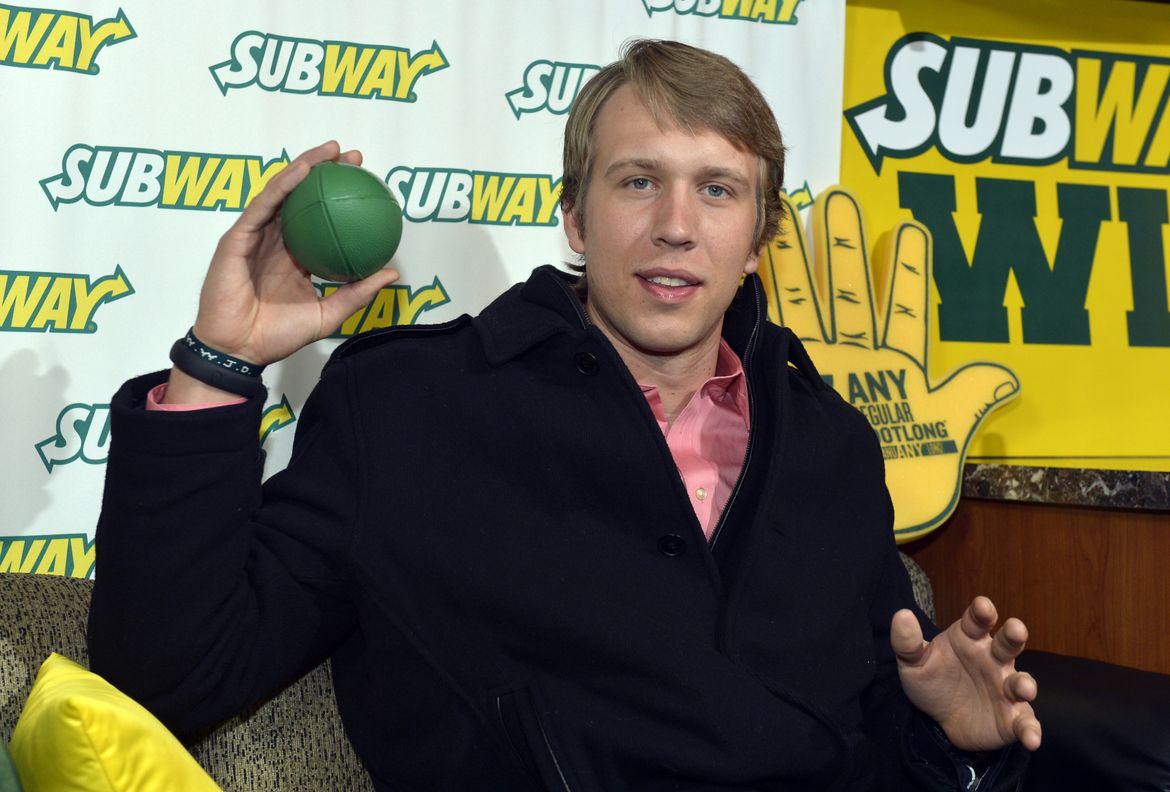 Philadelphia Eagles quarterback Nick Foles has a broken clavicle and it’s uncertain when he’ll return. The Eagles also lost linebacker DeMeco Ryans for the season, reportedly with a torn right …

SANTA CLARA, Calif. – Colin Kaepernick improvised. Off-balance, he threw across his body and across the field, finding Frank Gore open near the opposite sideline more than 20 yards away. … 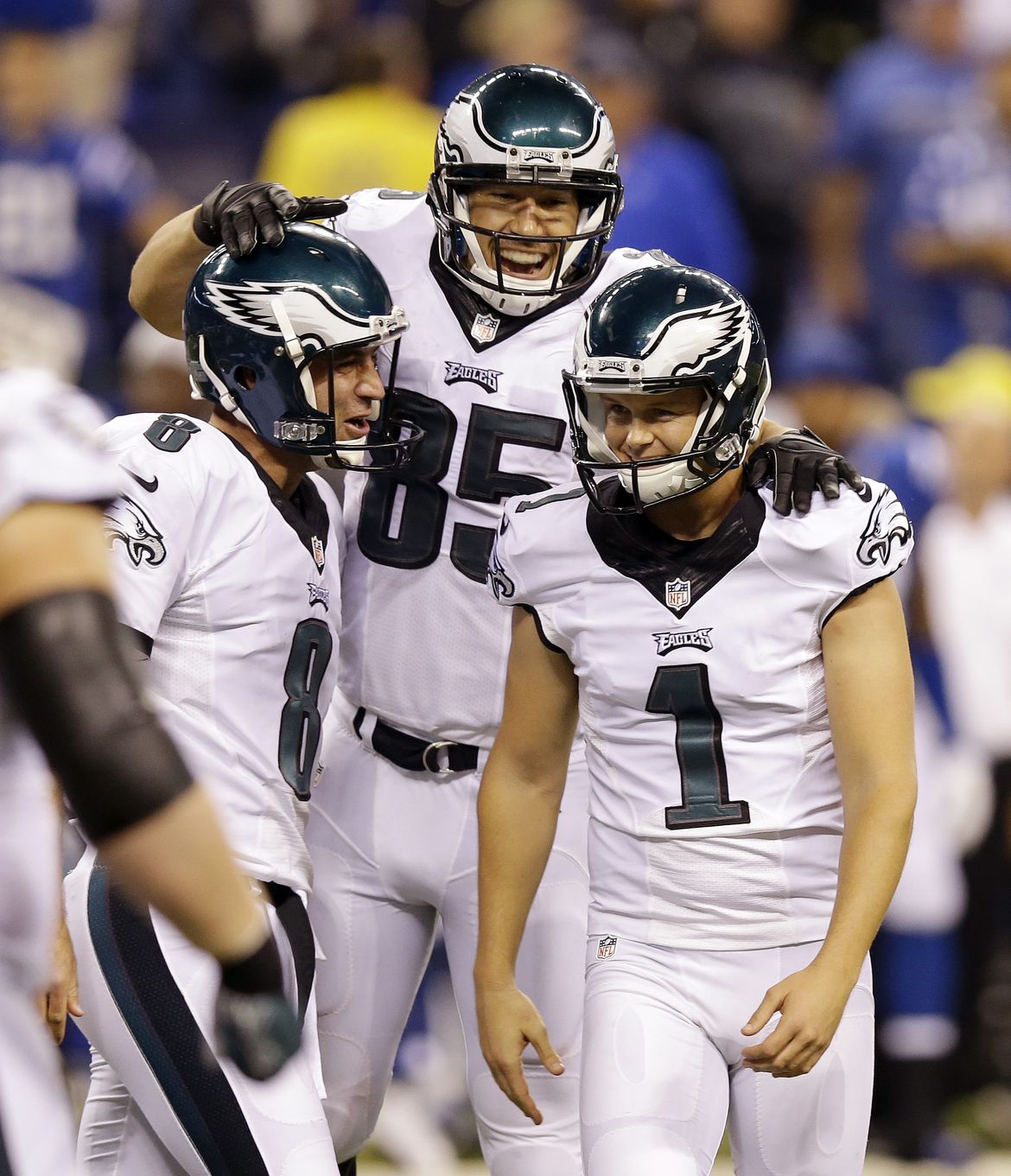 INDIANAPOLIS – Nick Foles threw a tying touchdown pass with 3:25 to go, and then set up Cody Parkey for the winning 36-yard field goal as time expired, lifting Philadelphia …