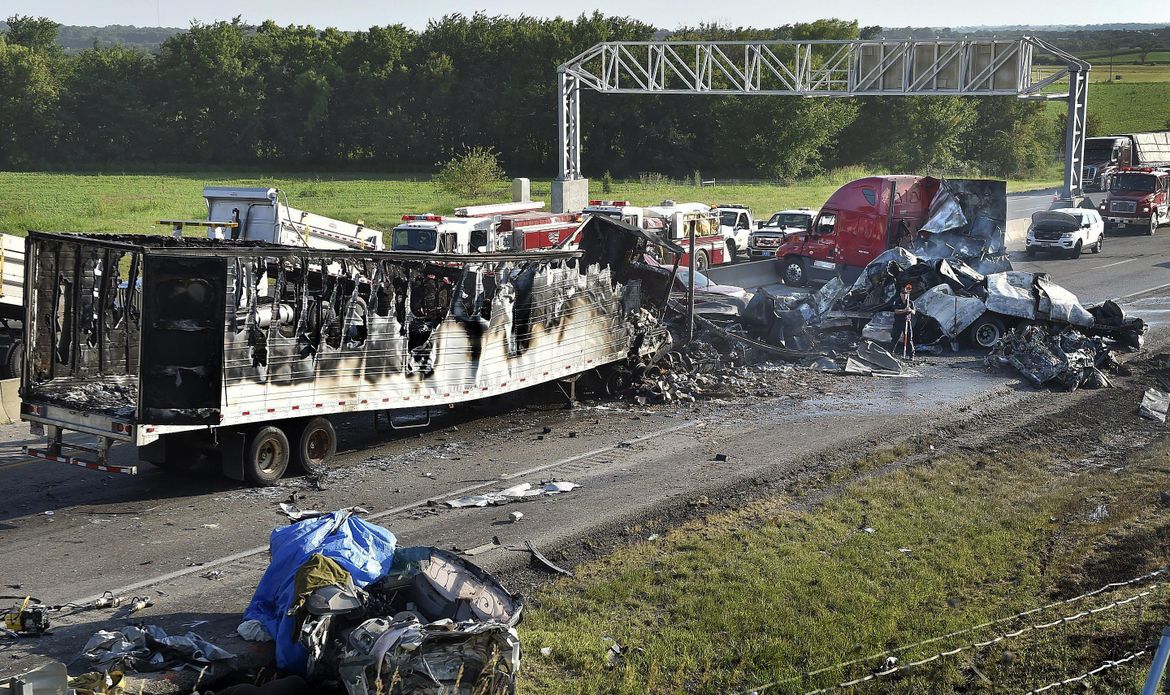 Five die in fiery, six-vehicle pileup on I-70 in Kansas

Five people were killed in a fiery six-vehicle wreck that temporarily closed a stretch of Interstate 70 on the western edge of the Kansas City metropolitan area, authorities said.

Authorities say at least two people have died and others are hurt following a 30-vehicle pileup on a snowy, icy Michigan interstate near the state capital of Lansing.

A North Carolina Highway Patrol trooper says more than 130 vehicles were involved in a series of wrecks on Interstate 40 but no serious injuries were reported.

The Washington State Patrol identified the woman killed in Friday’s 10-vehicle collision east of Ritzville as 52-year-old Jean B. Amidon.