Union Pacific plans to use rail cars, not dump trucks, to haul away 18,700 cubic yards of contaminated soil as part of its long-awaited cleanup of its old railroad yard …

Federal railroad authorities reached an agreement with Union Pacific Railroad requiring improvements to the railroad’s inspection and safety procedures. The resolution between the two entities came about Dec. 23.

An engineer who fell asleep at the controls of a Metro-North train and caused a derailment that killed four people in New York City has sued the railroad.

A mudslide has temporarily halted passenger train service between Seattle and Everett.

A team of police officers and city of Olympia staff cleared a dayslong protest camp from the railroad tracks in downtown Olympia early Friday morning, allowing a train carrying ceramic …

A trial set for next month will weigh whether coal dust that spills into waterways from passing BNSF coal trains violates environmental law.

100 years ago in Spokane: Newspaper predicts Spokane will be center of the great electrified railroad system

From our archive, 100 years ago The Spokane Daily Chronicle was dreaming of a new, powerful future for Spokane as the center of a great electrified railroad system.

The railroad crossing at Marguerite Road in Millwood is getting $450,000 worth of safety upgrades

Twenty-one restored railcars arrived Monday in Spokane in a rolling museum celebrating the splendor and elegance of vintage passenger trains. The owners are attending the American Association of Private Railroad … 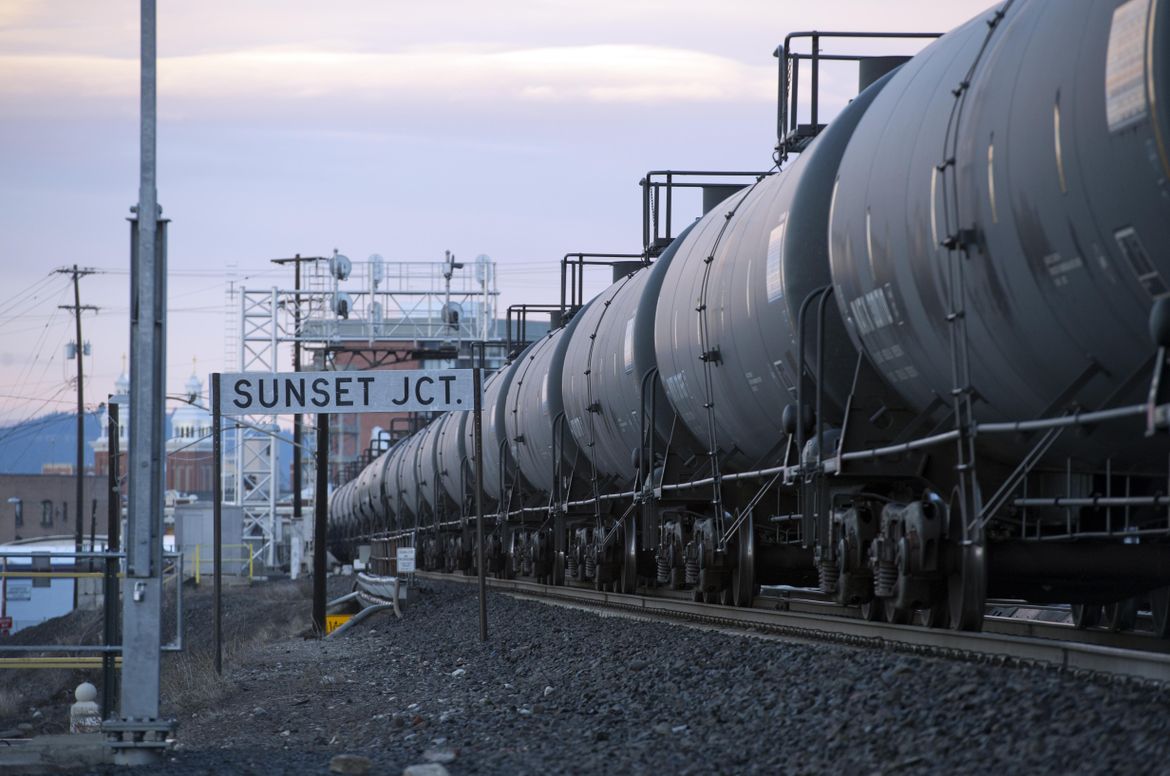 Arguing that the proposed Vancouver Energy oil terminal creates “unprecedented and unacceptable” risks to the environment and Washington residents, Assistant Attorney General Matthew Kernutt in his closing brief recommended that … 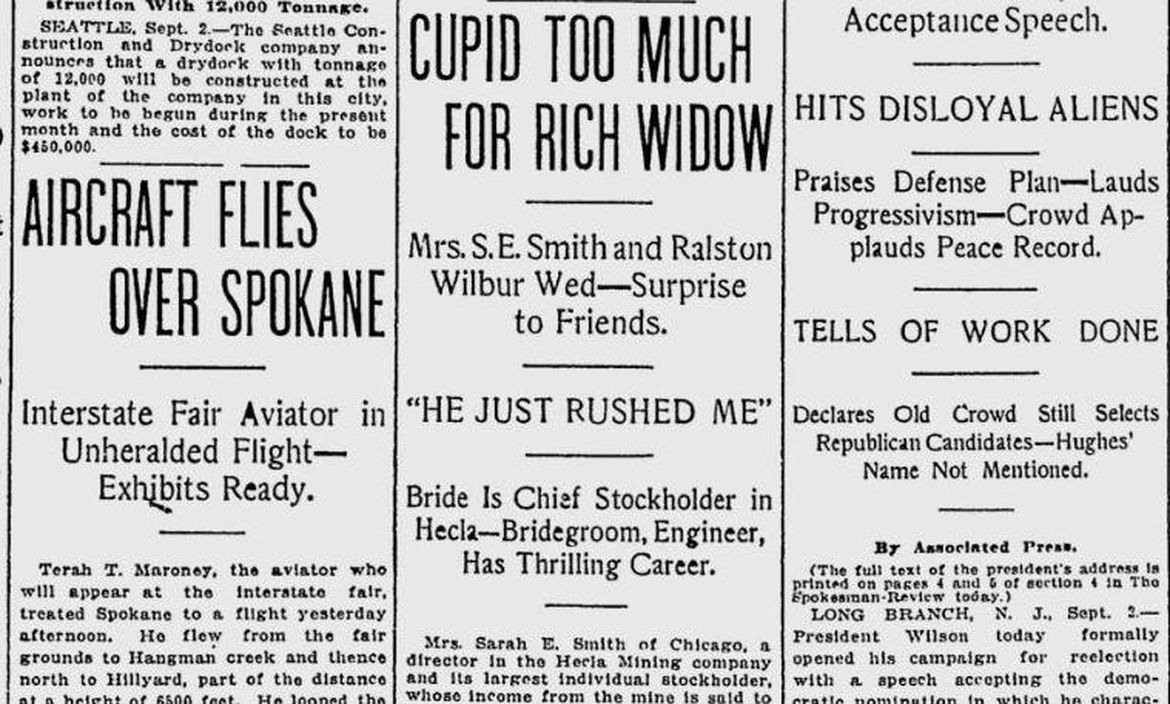 From our archives, 100 years ago The surprise marriage of Sara E. Smith to Ralston Wilbur was front-page news in Spokane. 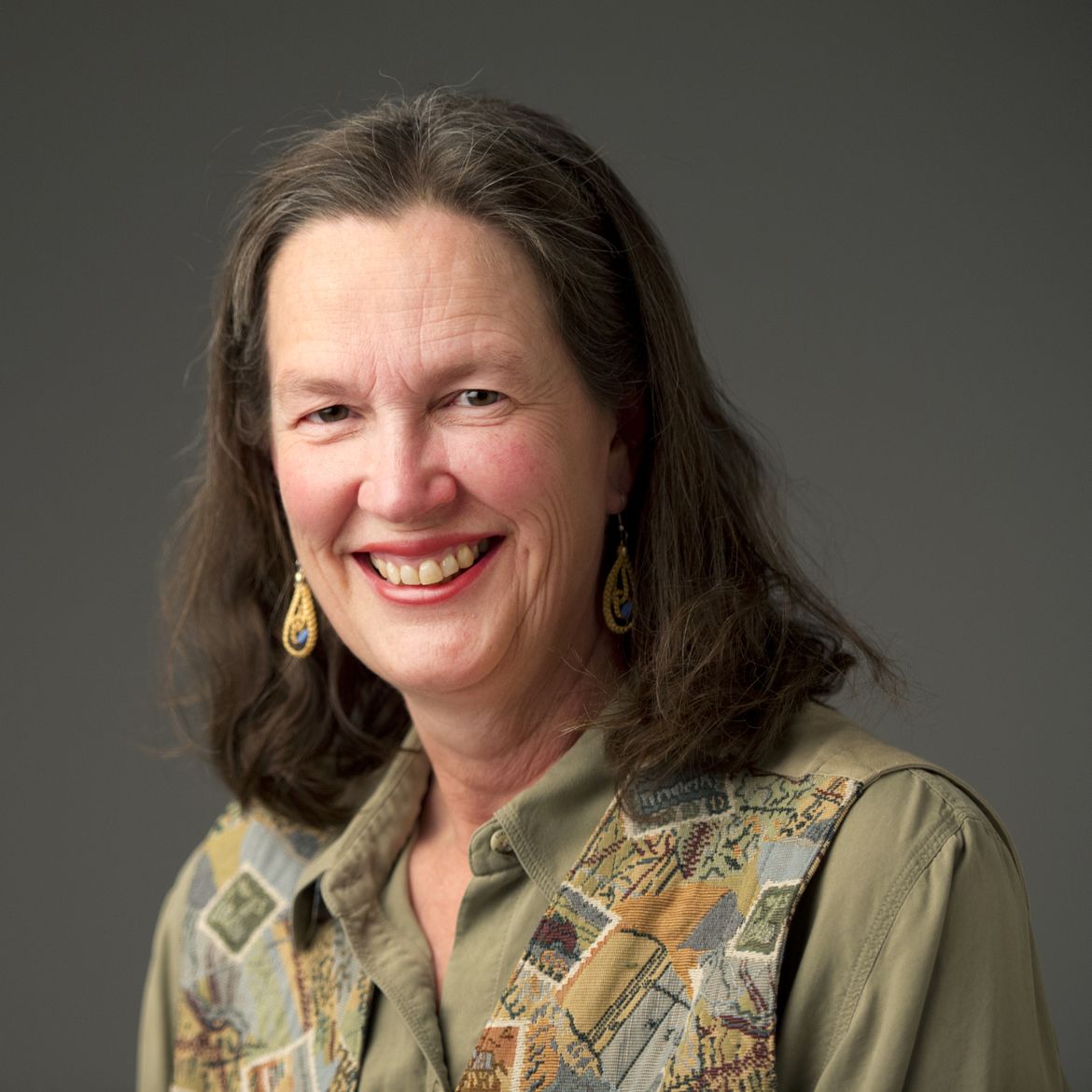 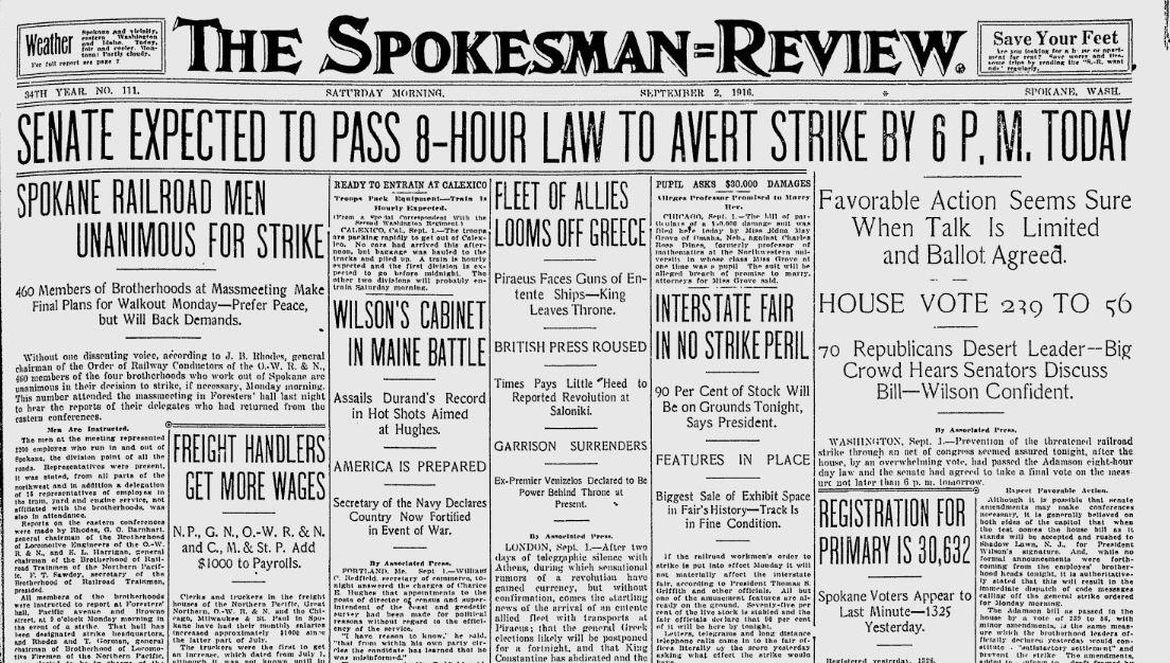 From our archives, 100 years ago The 460 Spokane members of four railroad unions voted – “without one dissenting voice” – to go on strike beginning several days hence.

Protesters who shut down trains in Bellingham arrested

BNSF Railway says five people who blocked the main rail line in Bellingham during a protest against oil and coal trains have been arrested.

Voters will not get to weigh in on the trains moving coal and oil through downtown Spokane, as the City Council reversed course and removed the question from the November …

The Vancouver City Council has voted to prohibit new or expanded crude oil storage facilities in the city.

Feds propose railroads have plans to deal with oil spills

Railroads hauling crude oil would be required to develop comprehensive plans for dealing with a significant oil spill, including providing detailed information to state and tribal authorities, under a rule … 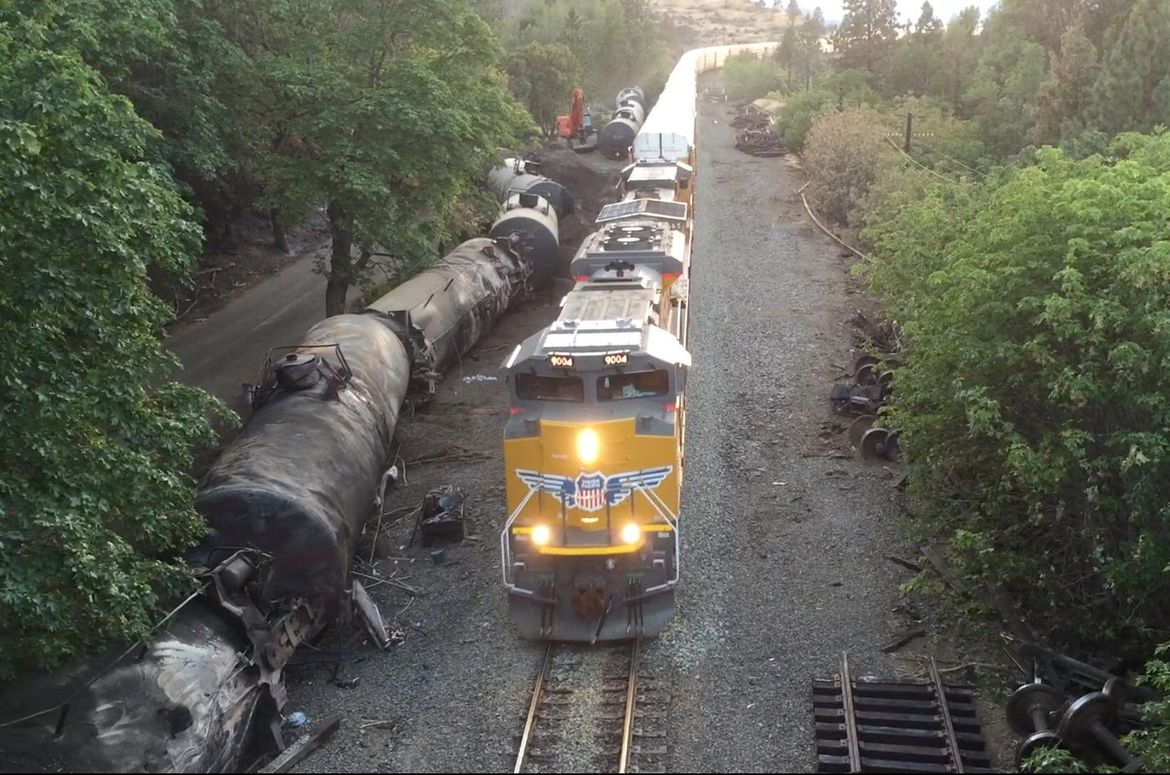 Investigators will probe the cause of a fire that destroyed a building about 10 feet from empty tanker cars.

Union Pacific penalties surpass those of every railroad nationwide for the past two years. 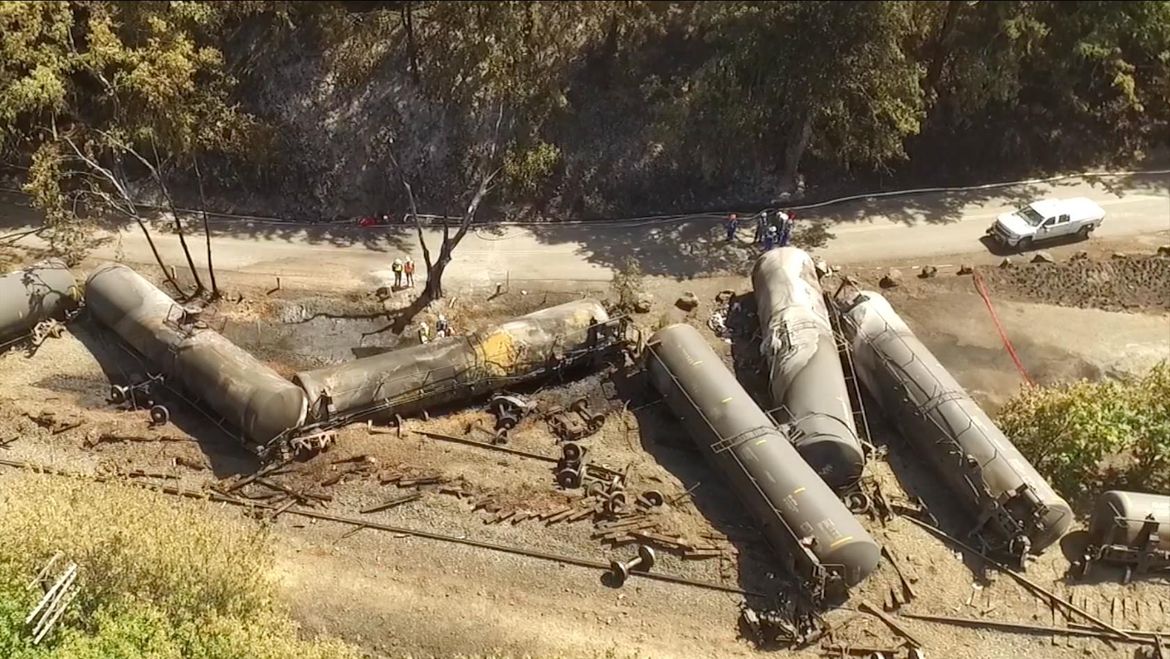 Injured railroad workers may file lawsuits against their employers in Montana, even if they weren’t hurt here and they are not residents of the state, the Montana Supreme Court ruled.

Residents can weigh in on a coal-export terminal proposed near Longview at upcoming public hearings.

The Washington state Supreme Court has agreed to hear a case centered around proposed Grays Harbor crude-by-rail facilities, lawyers for the groups opposed to the facilities announced on Wednesday. 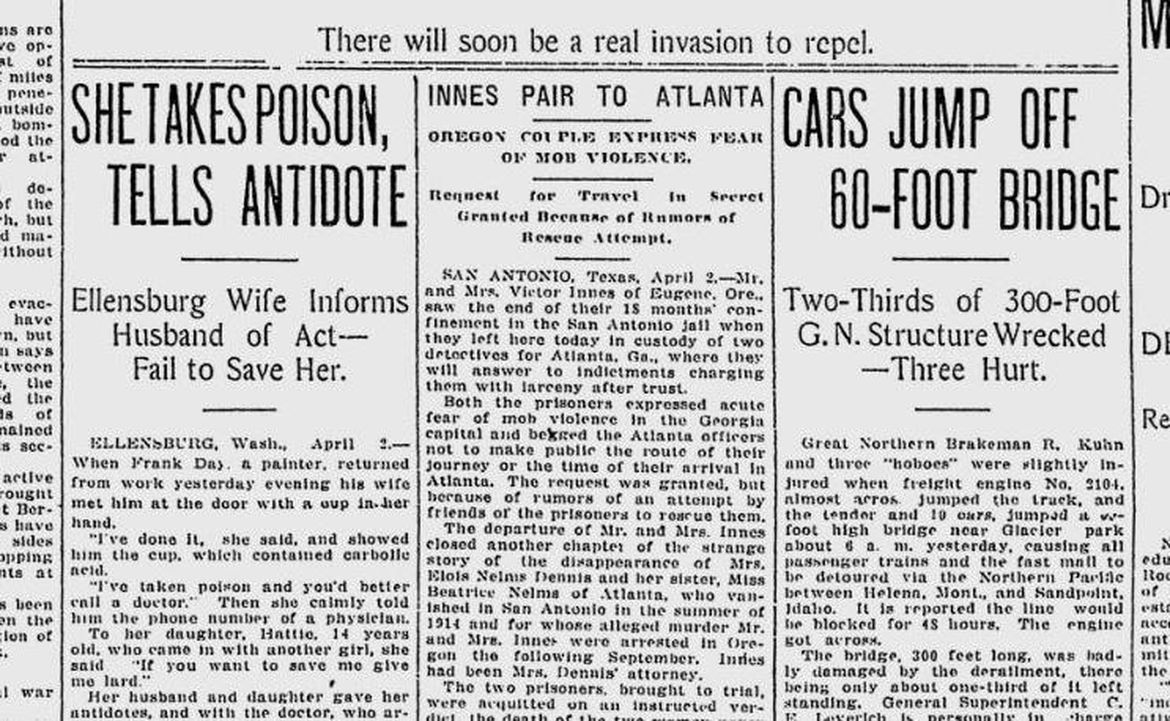 From our archives, 100 years ago A Great Northern brakeman and three “hoboes” were injured when a Spokane-bound freight train derailed near Glacier National Park and badly damaged a bridge.

The chairman of BNSF Railway says about 4,600 railroad employees are furloughed nationwide due to declining oil prices and a reduced demand for coal.