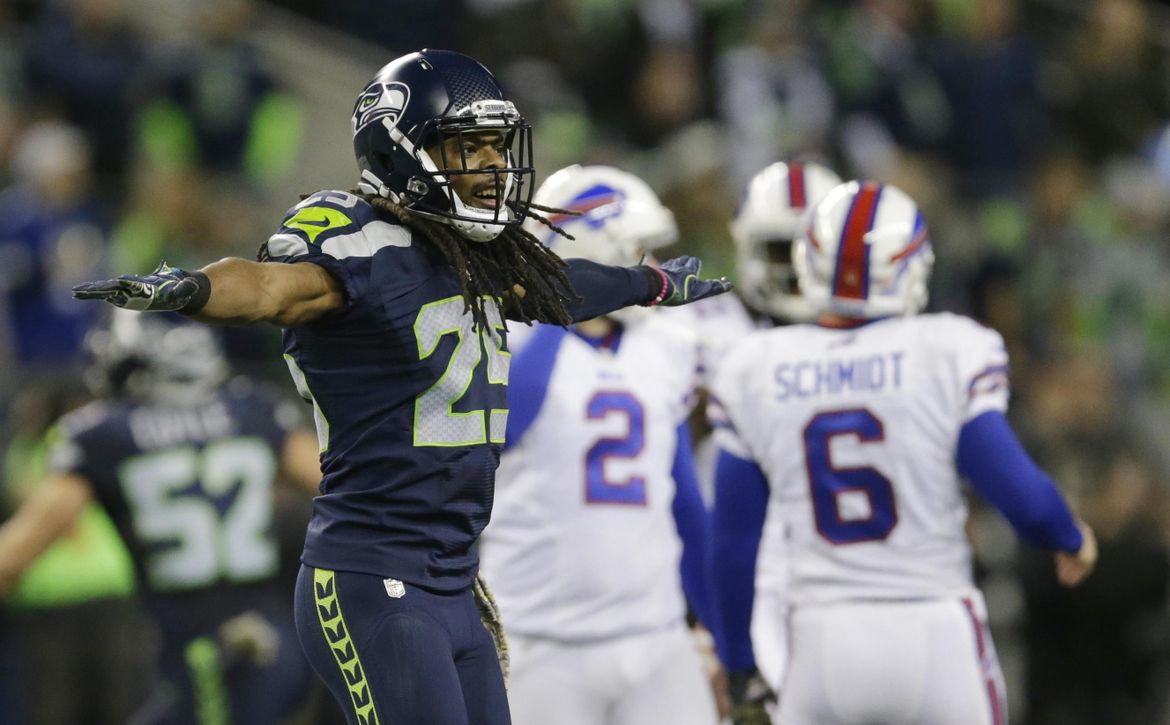 Blanchette: Will the real Seahawks show up soon?

So, Russell Wilson’s back. Just in time to launch a search for the Seattle Seahawks’ defensive identity. 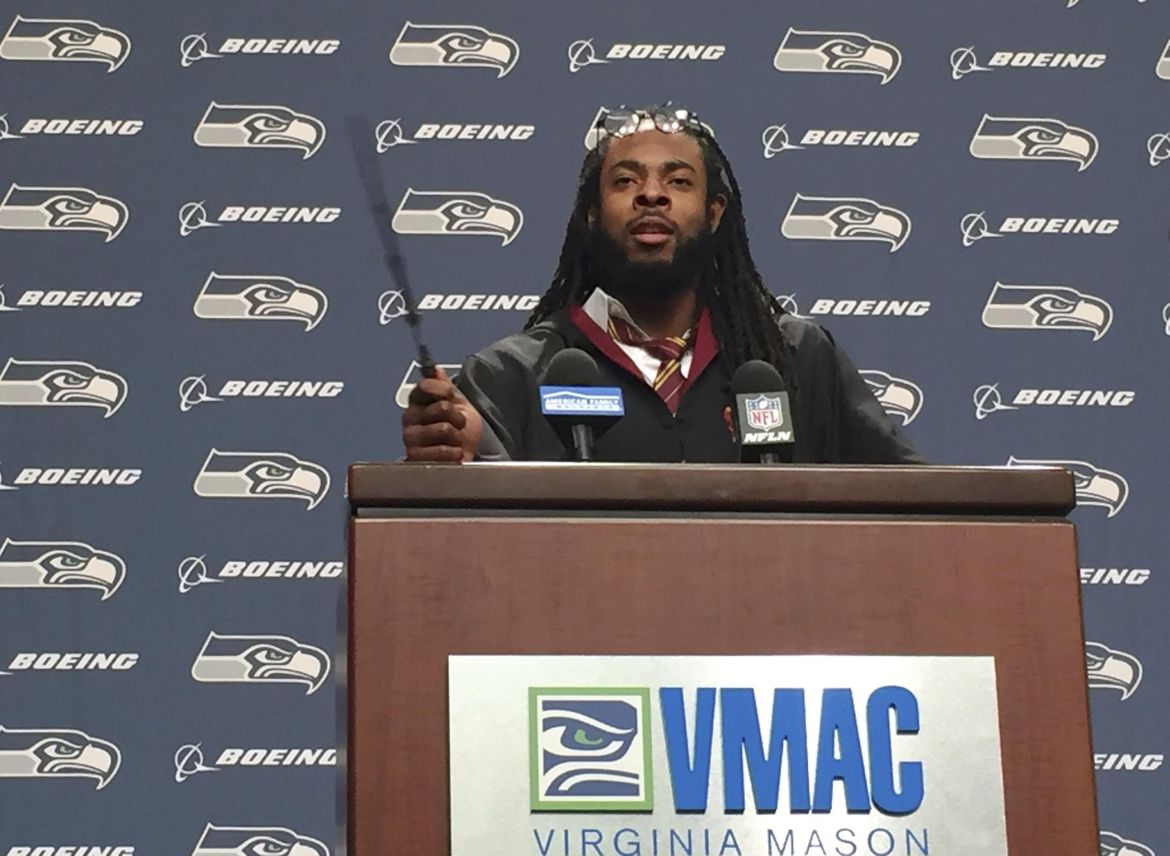 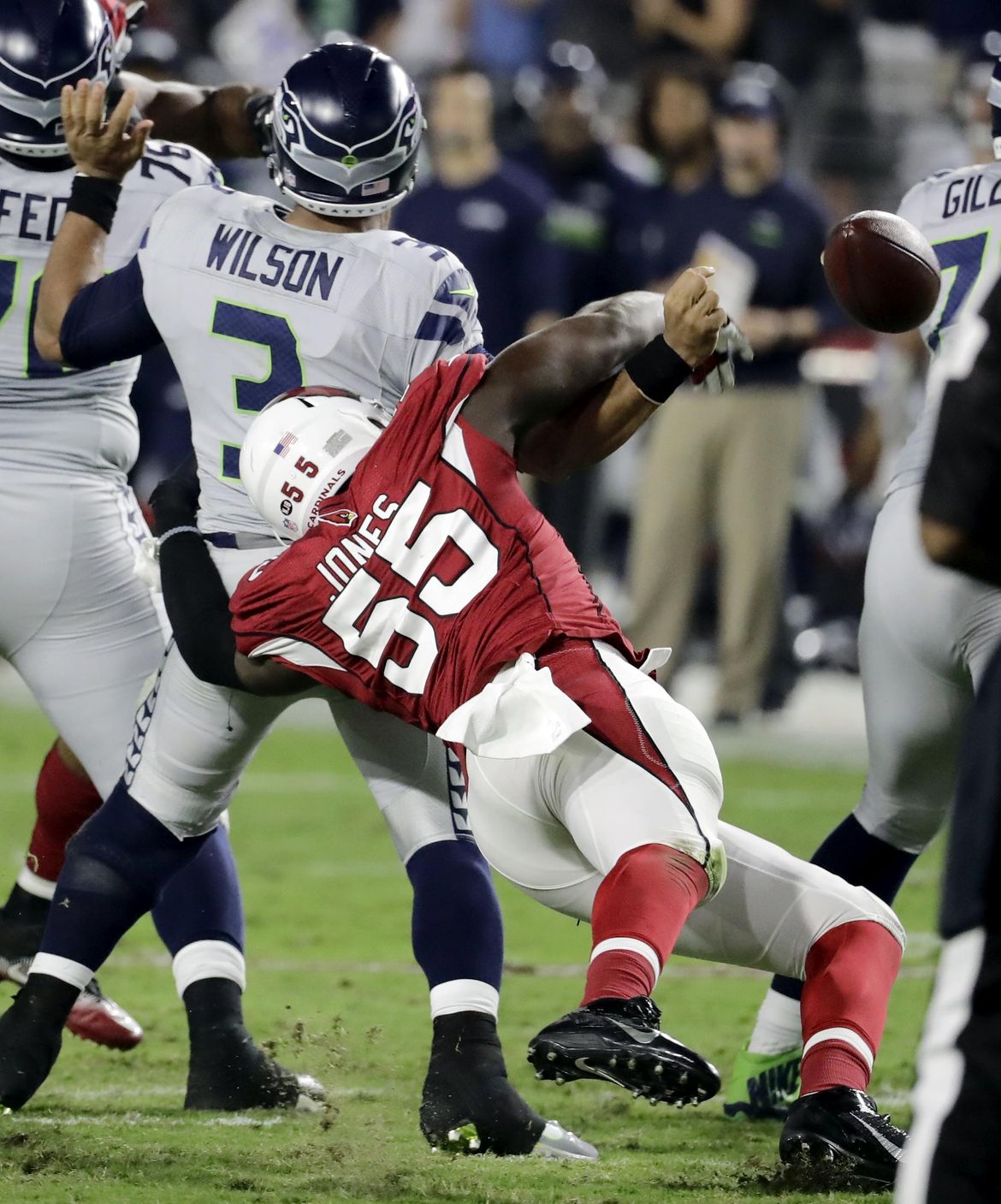 Seahawks unsure who will play left tackle against Saints 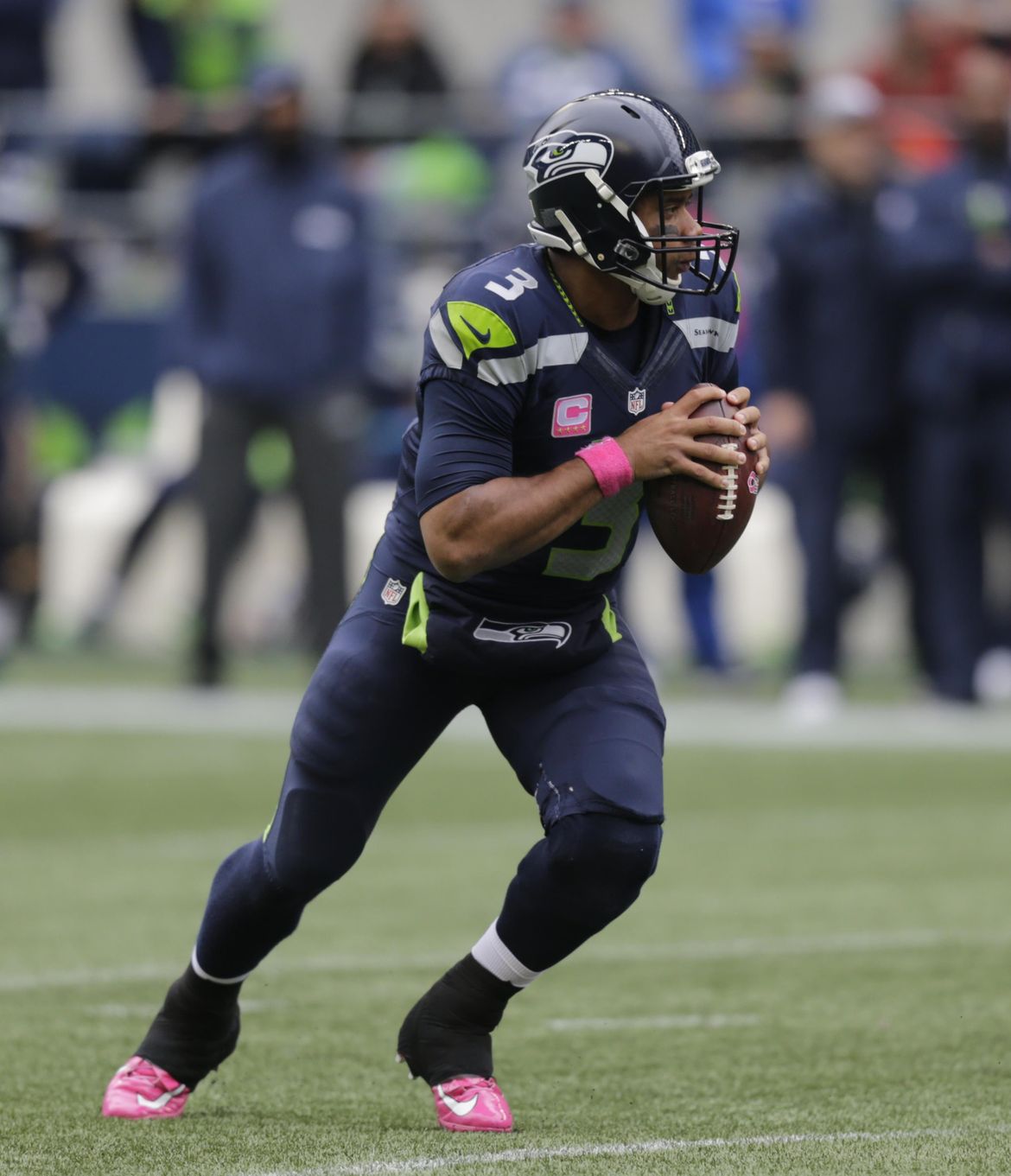 The storm, they insisted, had lifted by the time the game ended. One of the oddest quarters in recent Seahawks history — the third last Sunday against Atlanta, destined to …

Next time – if there could really be a next time similar to Sunday – Seahawks coach Pete Carroll hopes Richard Sherman reacts just a little bit differently. 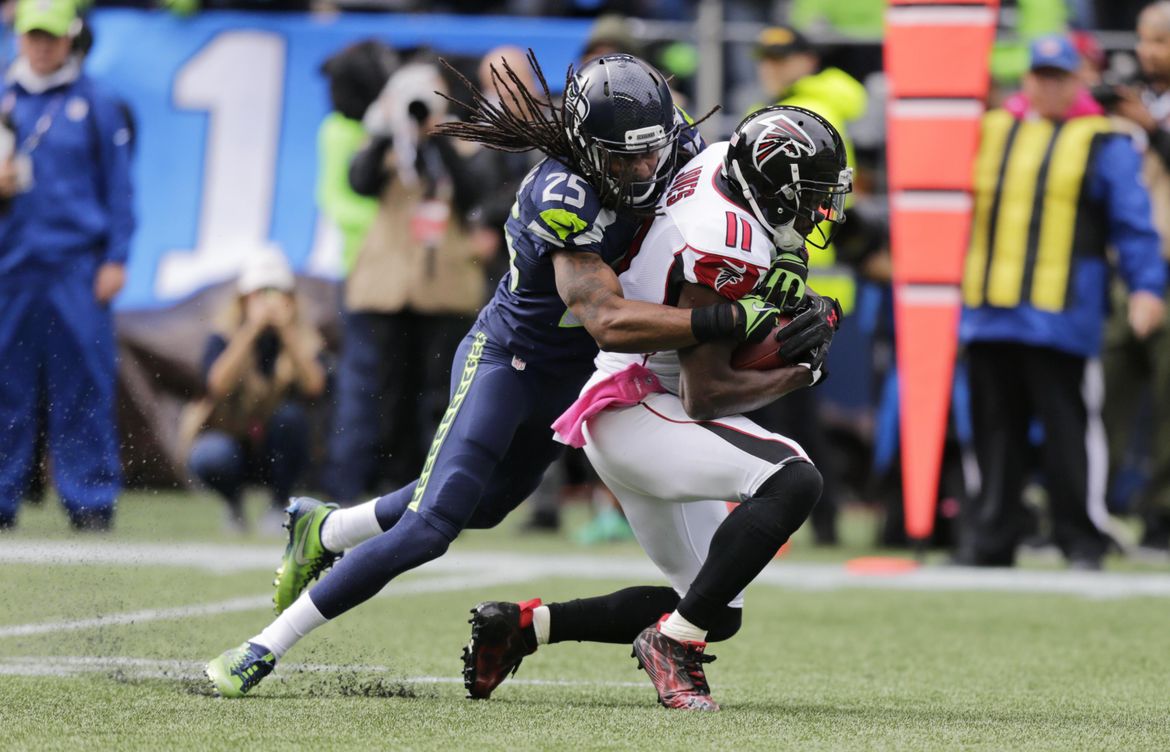 Richard Sherman wasn’t himself Sunday afternoon. The Seattle Seahawks’ singular cornerback was nature’s fury – the crackle of random lightning bolts, the centripetal madness of a tornado and all the … 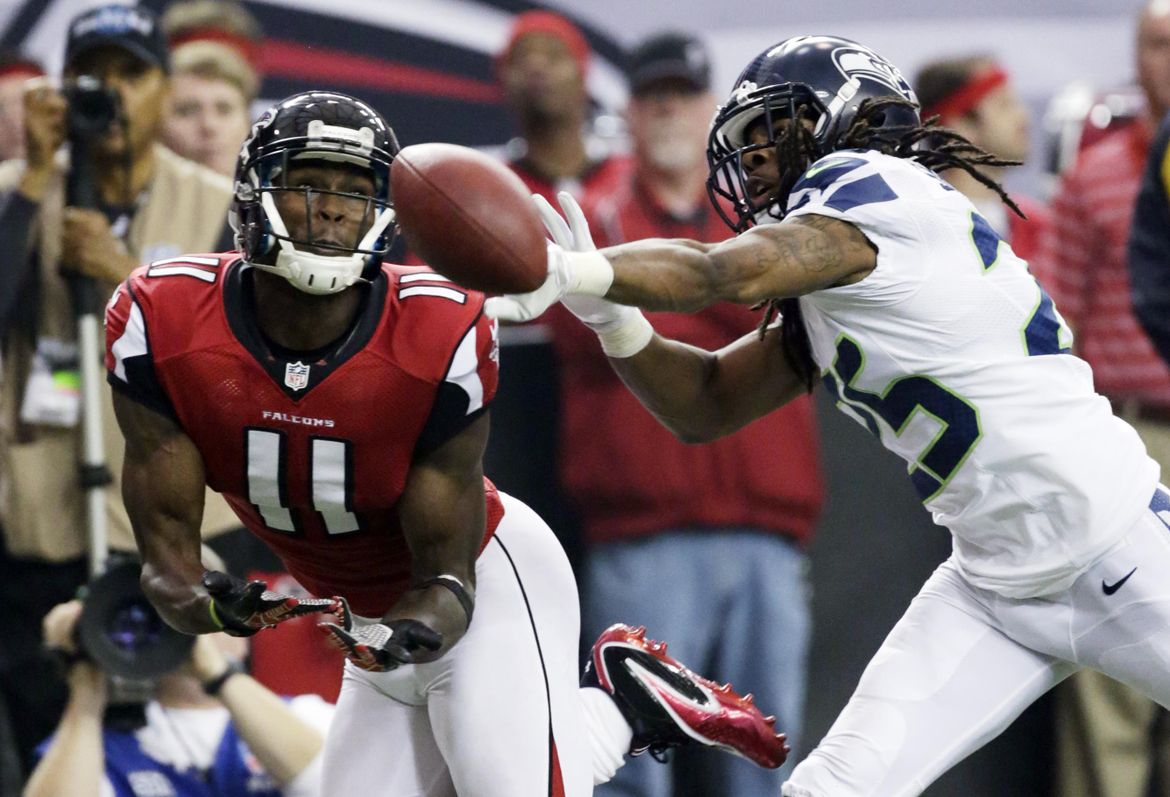 Richard Sherman’s next job may be shadowing Julio Jones

As his career has progressed, Seattle’s Richard Sherman has become more adept at shadowing a specific wide receiver instead of concentrating on covering one side of the field. 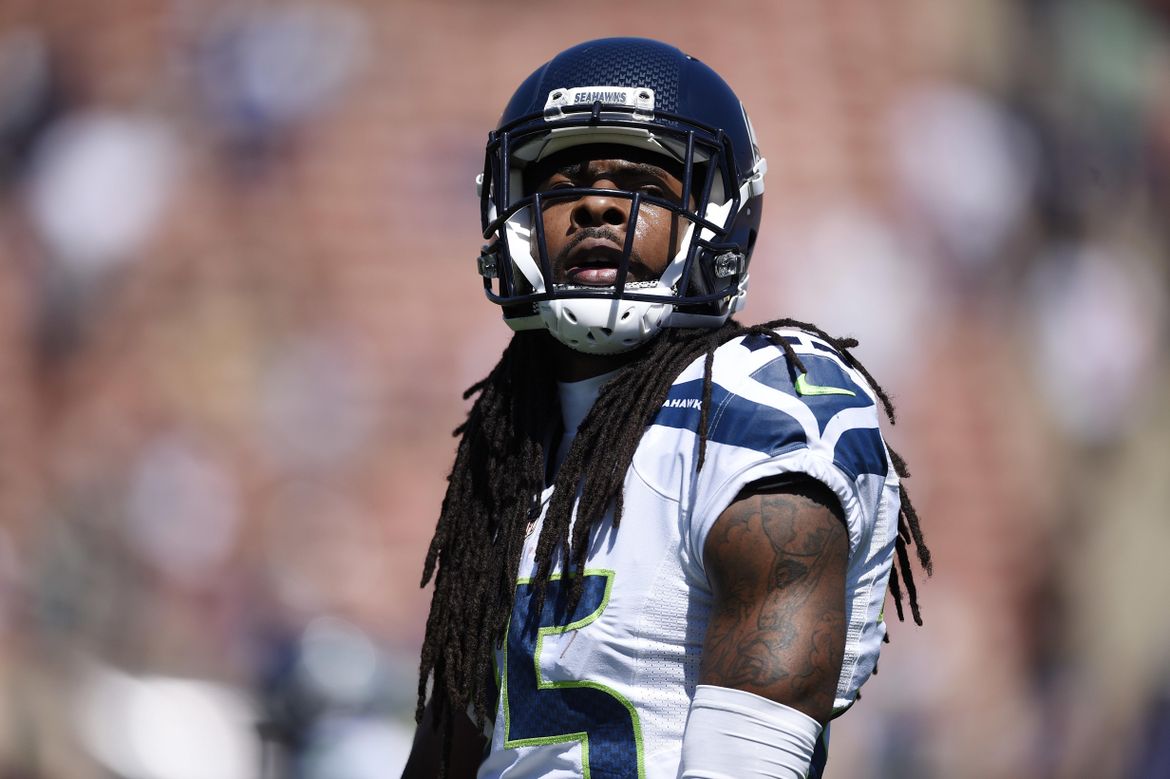 At the quarter mark of the season, with the bye looming, the Seahawks have weathered the storm. The future looks much brighter than it has at any other point this …

Richard Sherman did the wrong thing. 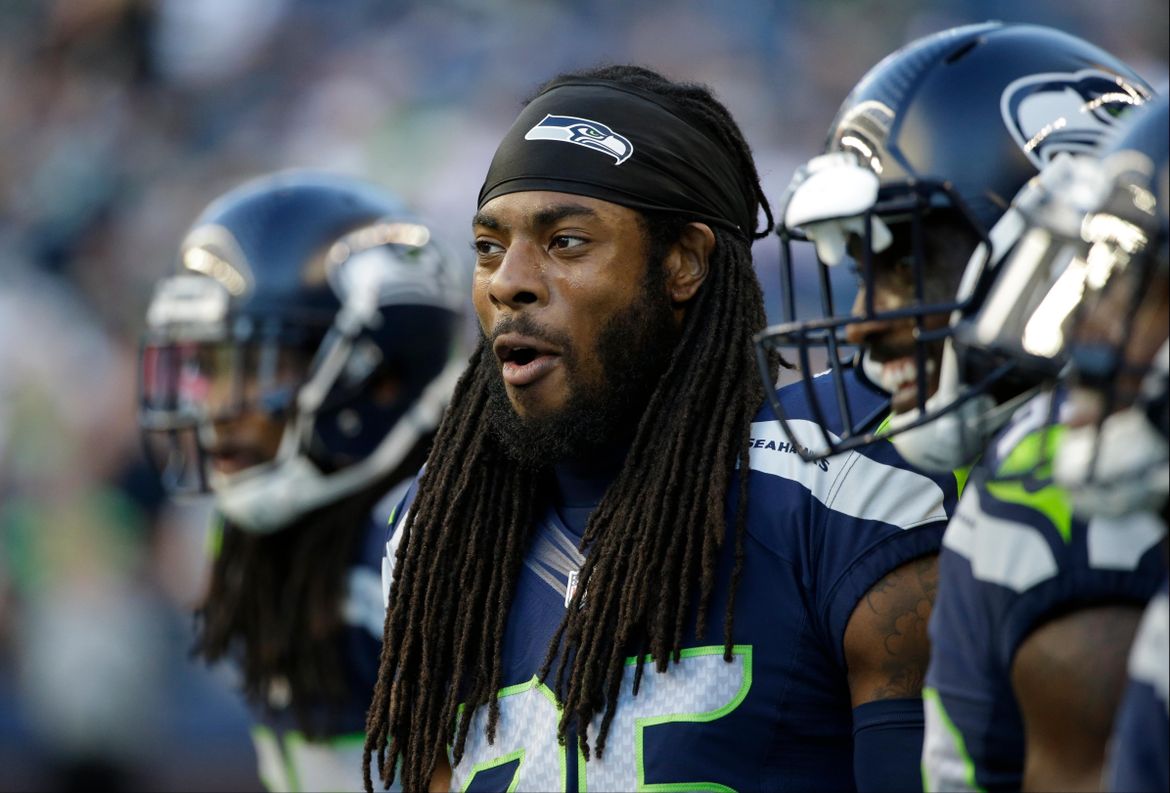 In what has become a ritual of Seahawks cornerback Richard Sherman’s weekly press conferences, he playfully grabs a recorder from a local reporter and places it in front of a …

Matt Calkins: Sherman knows Seahawks defense is second to none

Remember that off game when Stephen Curry hit only five 3s? Or that off Eminem song that peaked at No. 4? How about that off Star Wars flick that earned …

Eric Winston has been re-elected as president of the NFL Players Association. 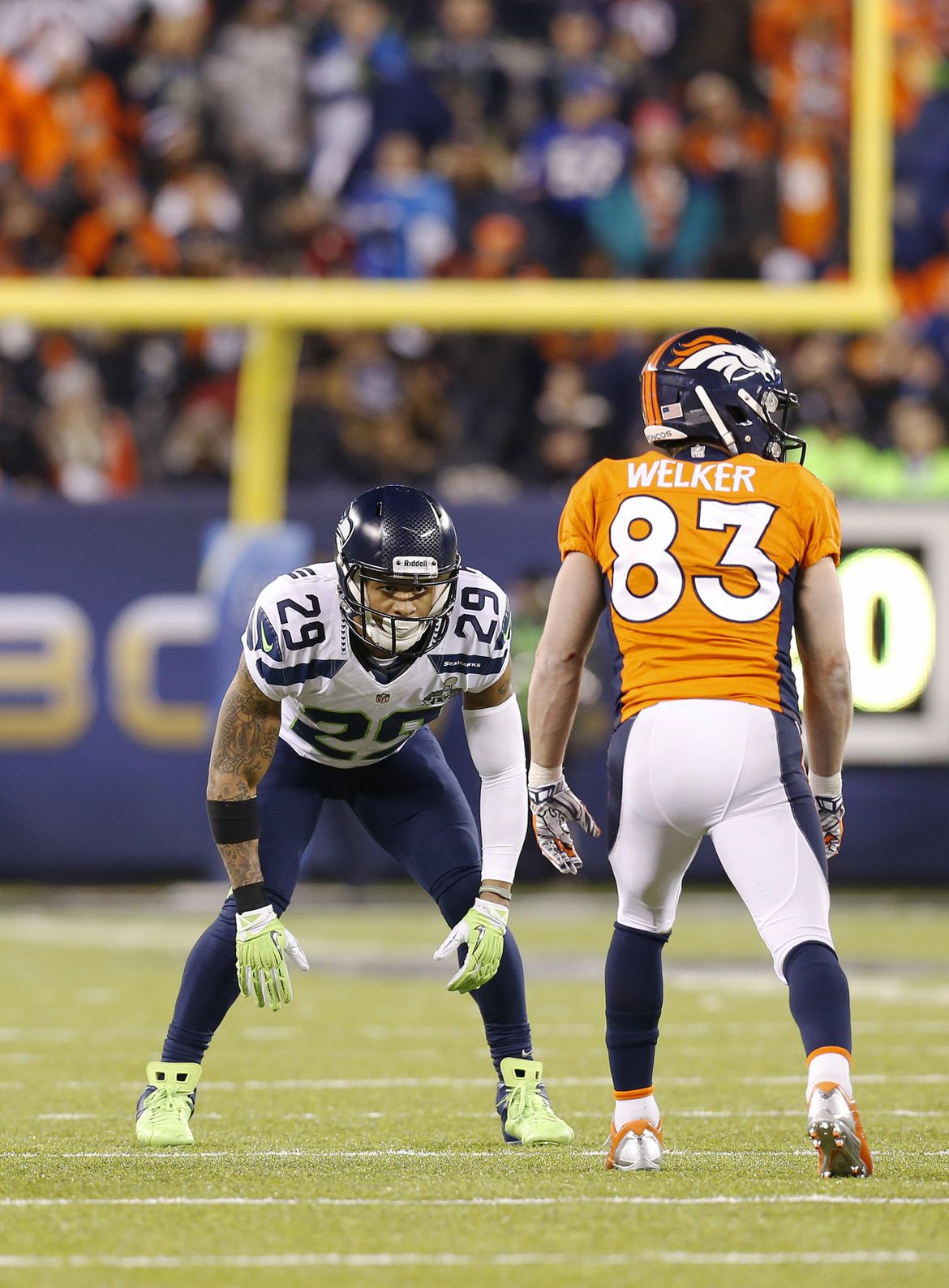 Seahawks overcame early collapses to get to this point

They sat around in the aftermath of a fourth loss in six games, this vaunted group of Seattle Seahawks defensive backs trying to figure out how they could make such … 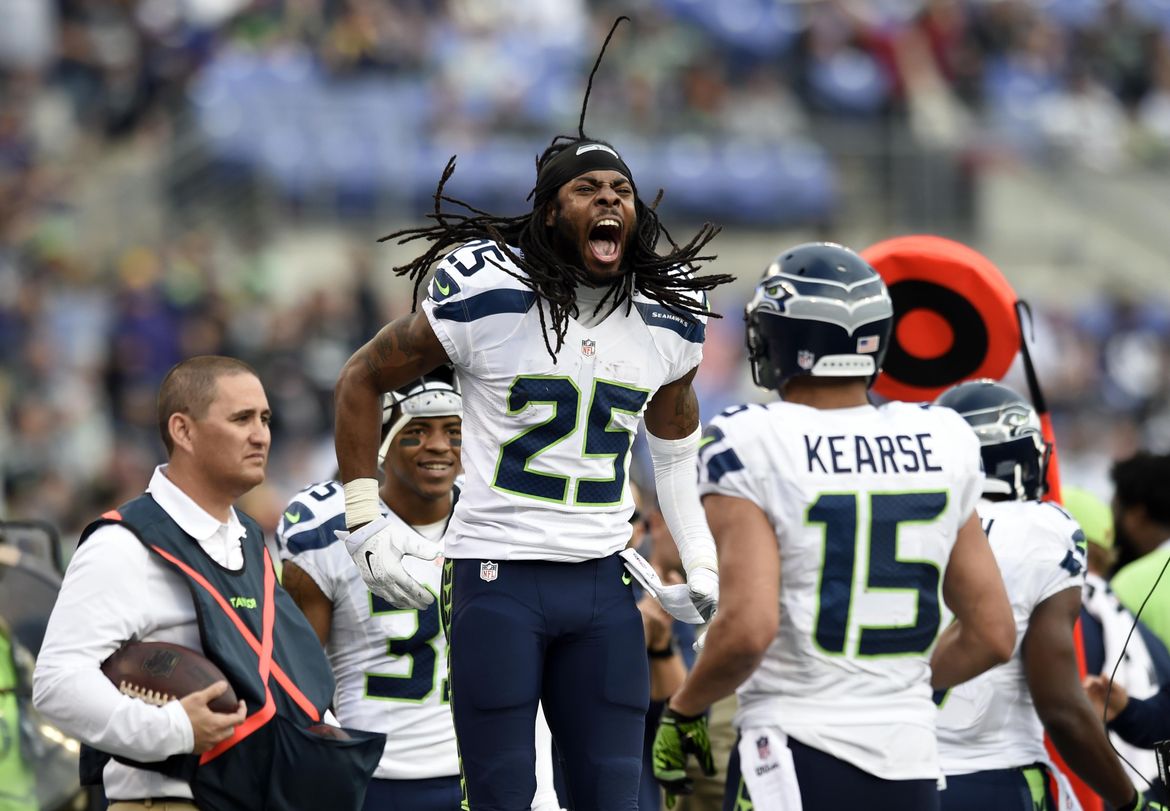 For a change, Richard Sherman has found himself out of the spotlight for most of this season.

If the Seahawks have reinforced anything over the past two years, it’s to appreciate the struggle. 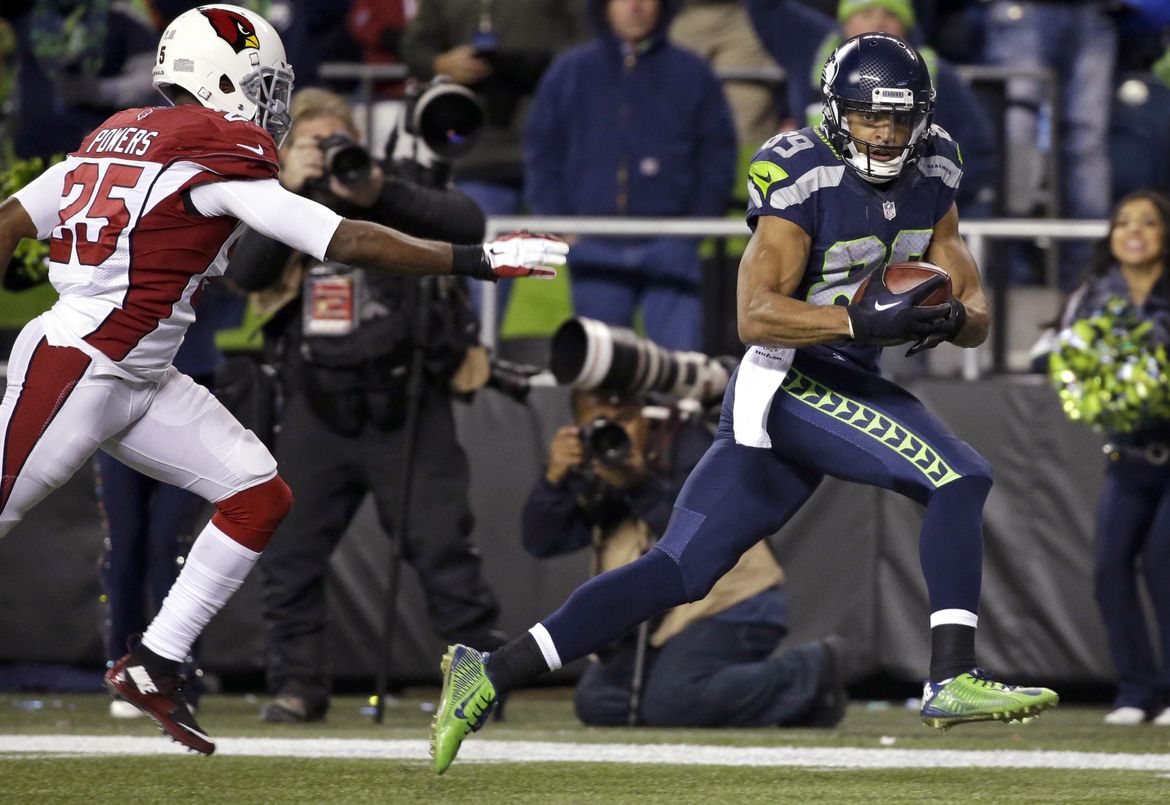 Doug Baldwin’s attitude adjustment a secret to his success

As far as campaigning goes, Seahawks cornerback Richard Sherman always has had a knack for injecting his message. And his newest target happened to be an old friend. 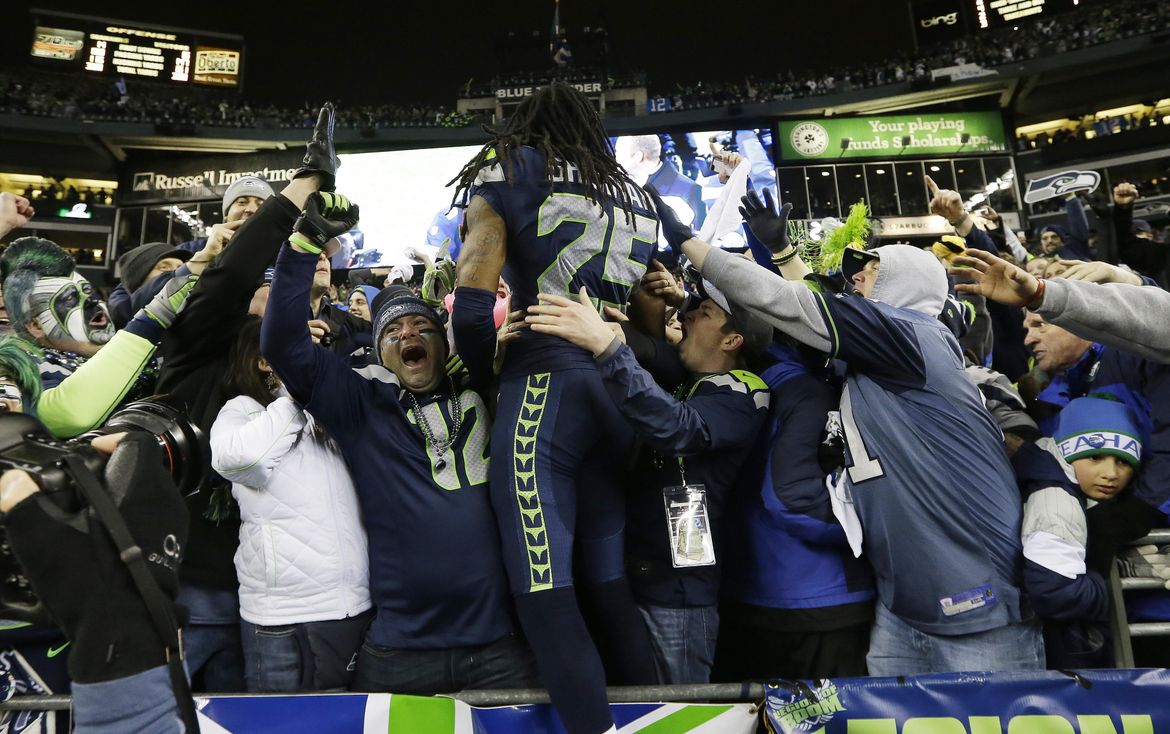 Three most popular Seahawks reached that destination by different routes 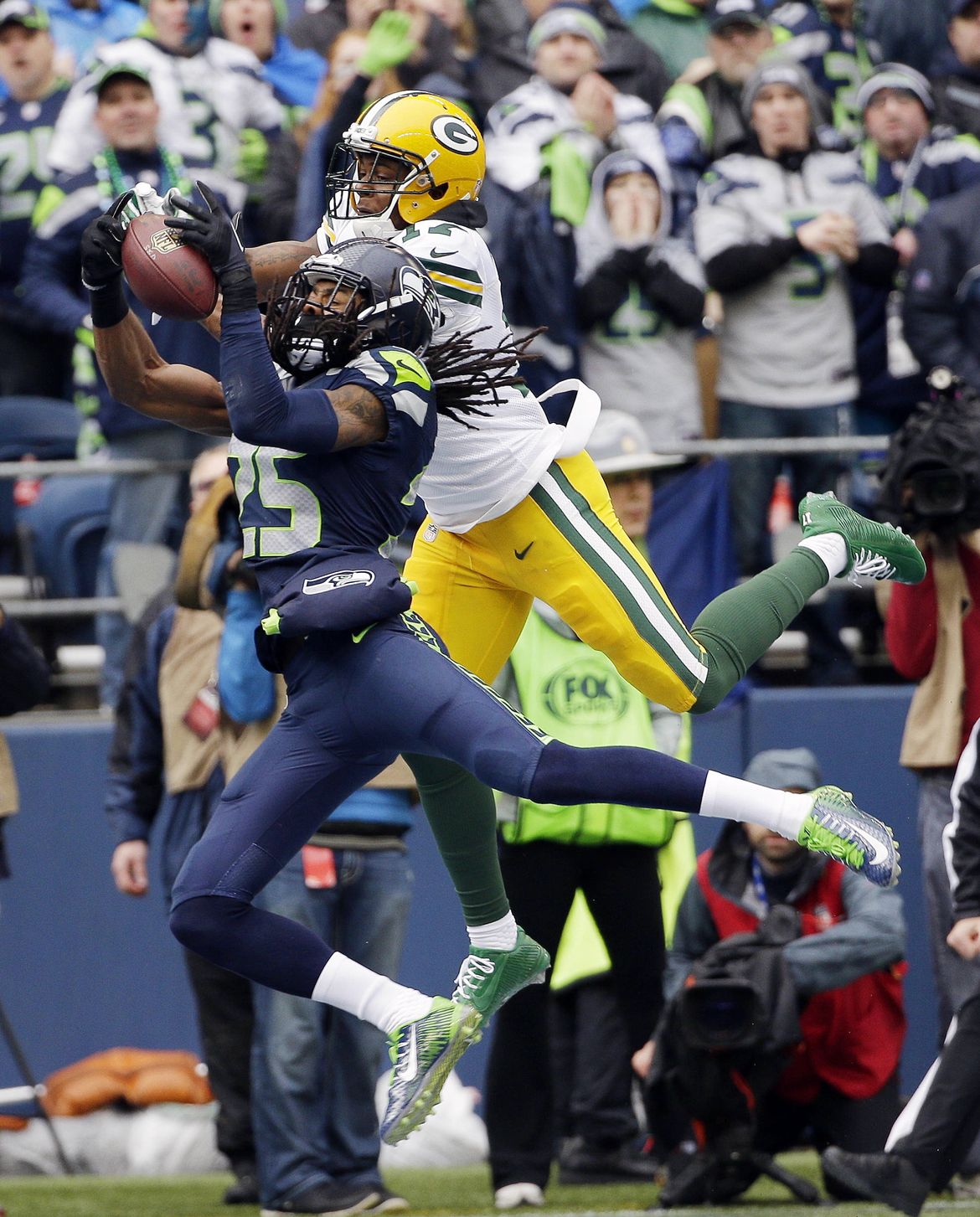 RENTON, Wash. – When the Seahawks beat Green Bay to open the 2014 season, Packers quarterback Aaron Rodgers famously did not throw in the direction of Seattle cornerback Richard Sherman. … 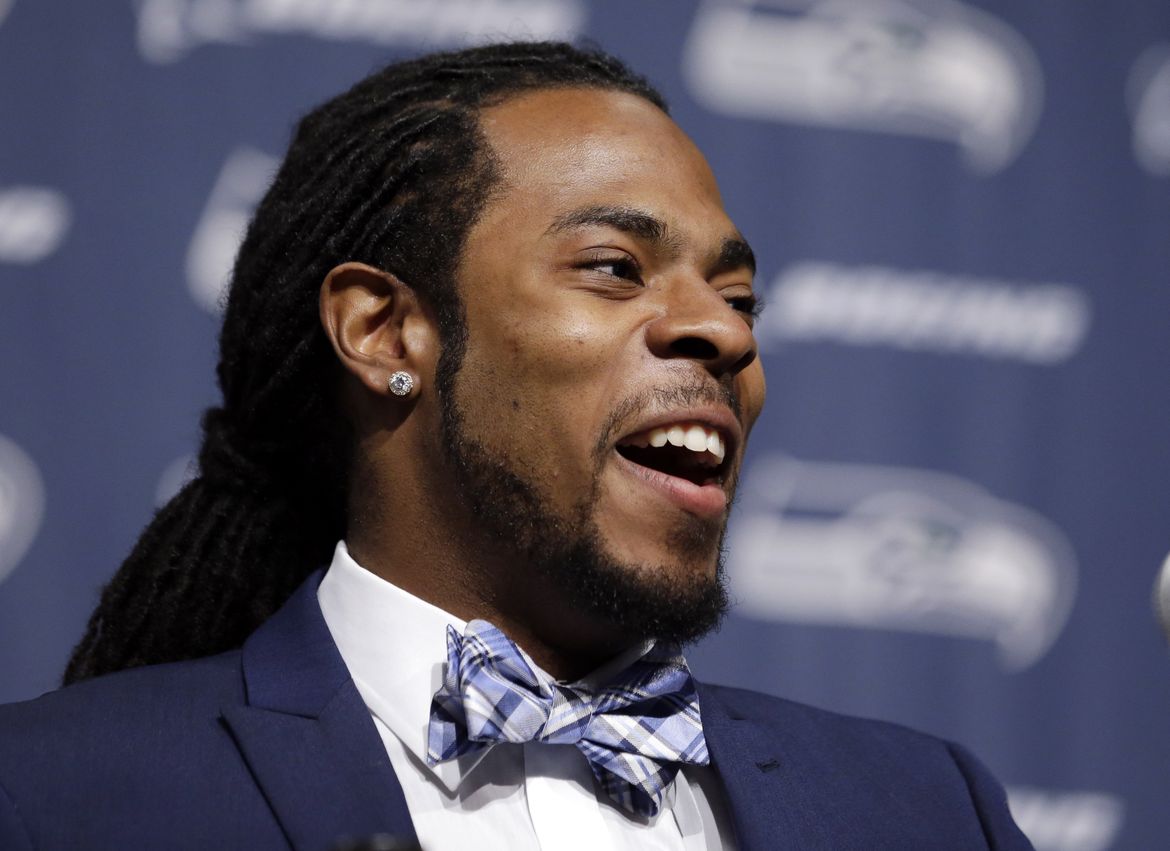 Seahawks cornerback Richard Sherman won the Good Guy Award from the Professional Football Writers of America for his consistent cooperation with the media. Seattle’s All-Pro follows teammate Russell Wilson as …

RENTON, Wash. – A wide-brimmed hat was the only extra piece of attire for Richard Sherman. No brace, not even a sleeve covering the left elbow he injured in last … 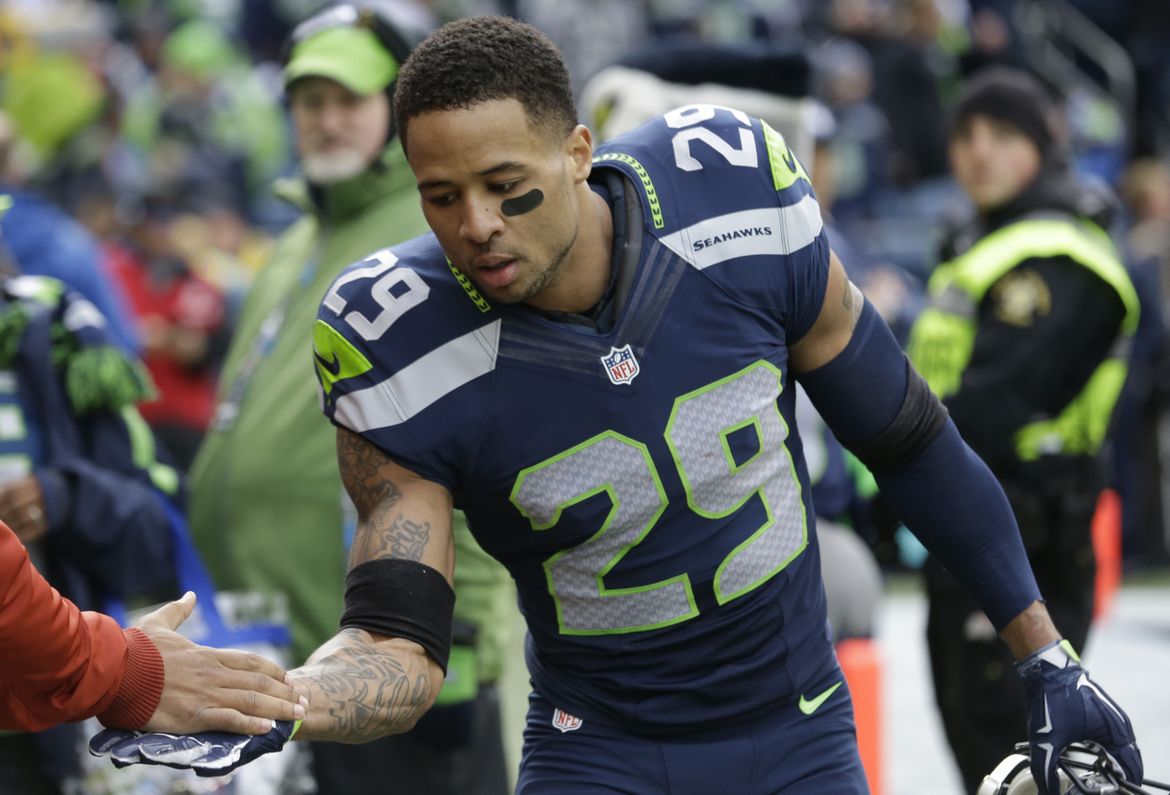 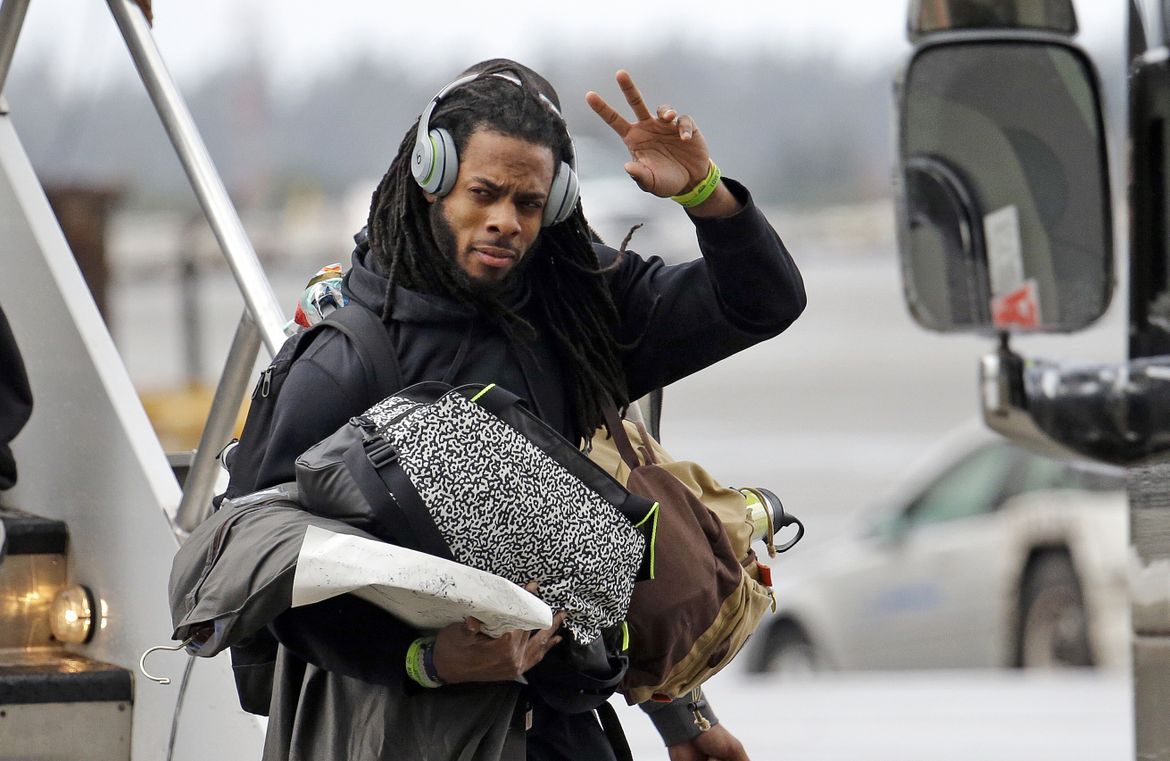 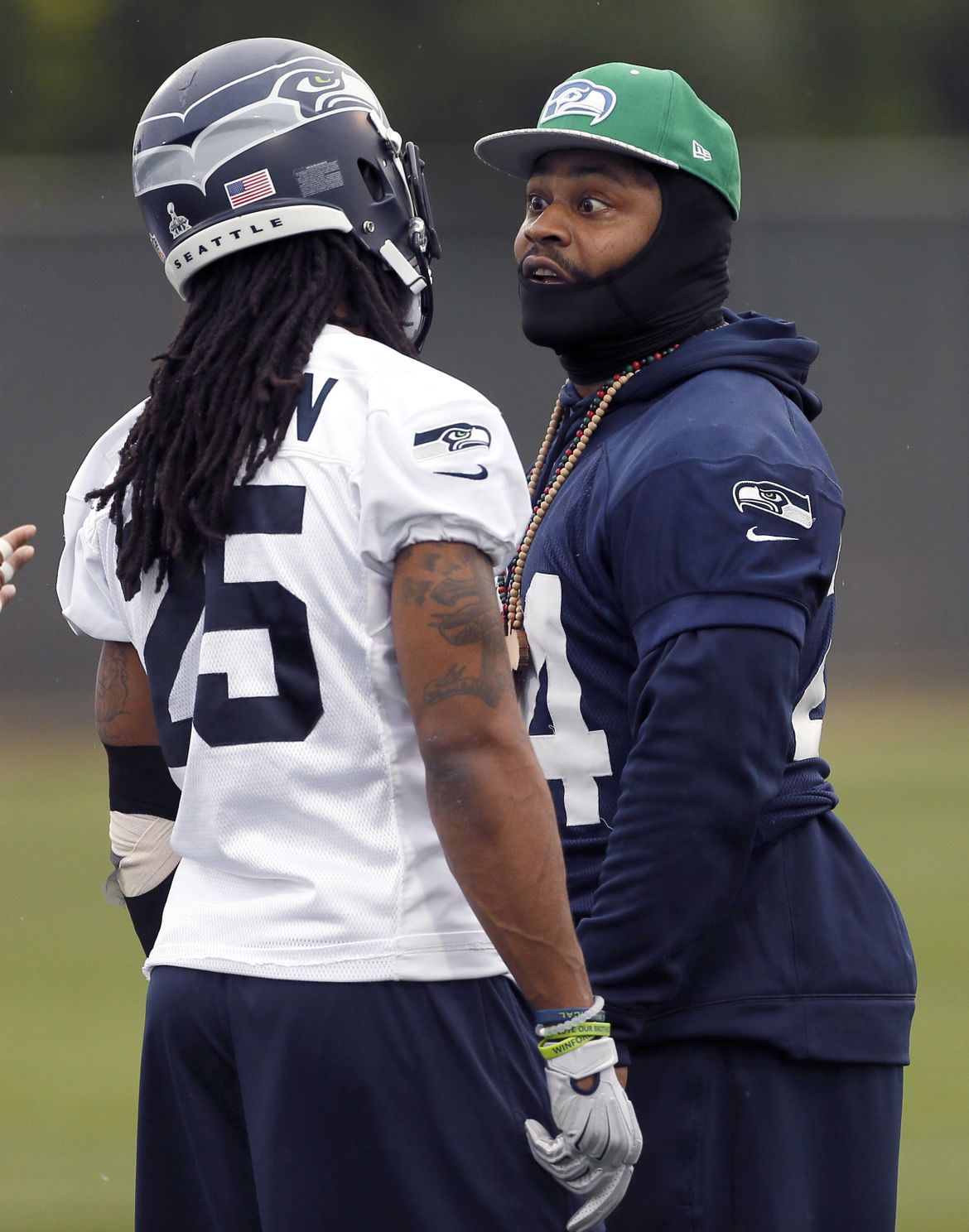 PHOENIX – The Most Valuable Player of Super Bowl XLIX? It could be the unborn son of Seattle Seahawks cornerback Richard Sherman – if the little guy doesn’t get antsy … 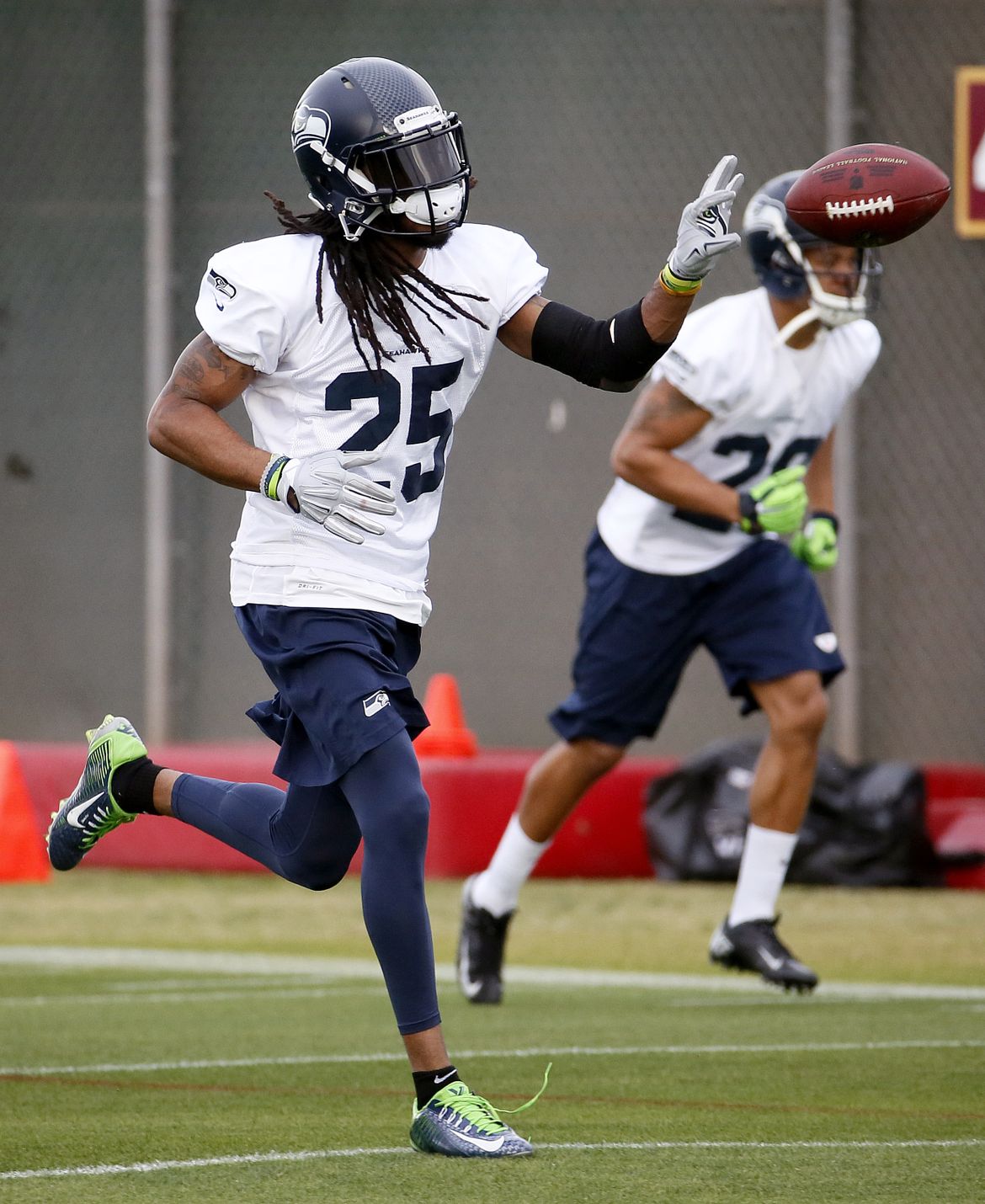 PHOENIX – The Most Valuable Player of Super Bowl XLIX? 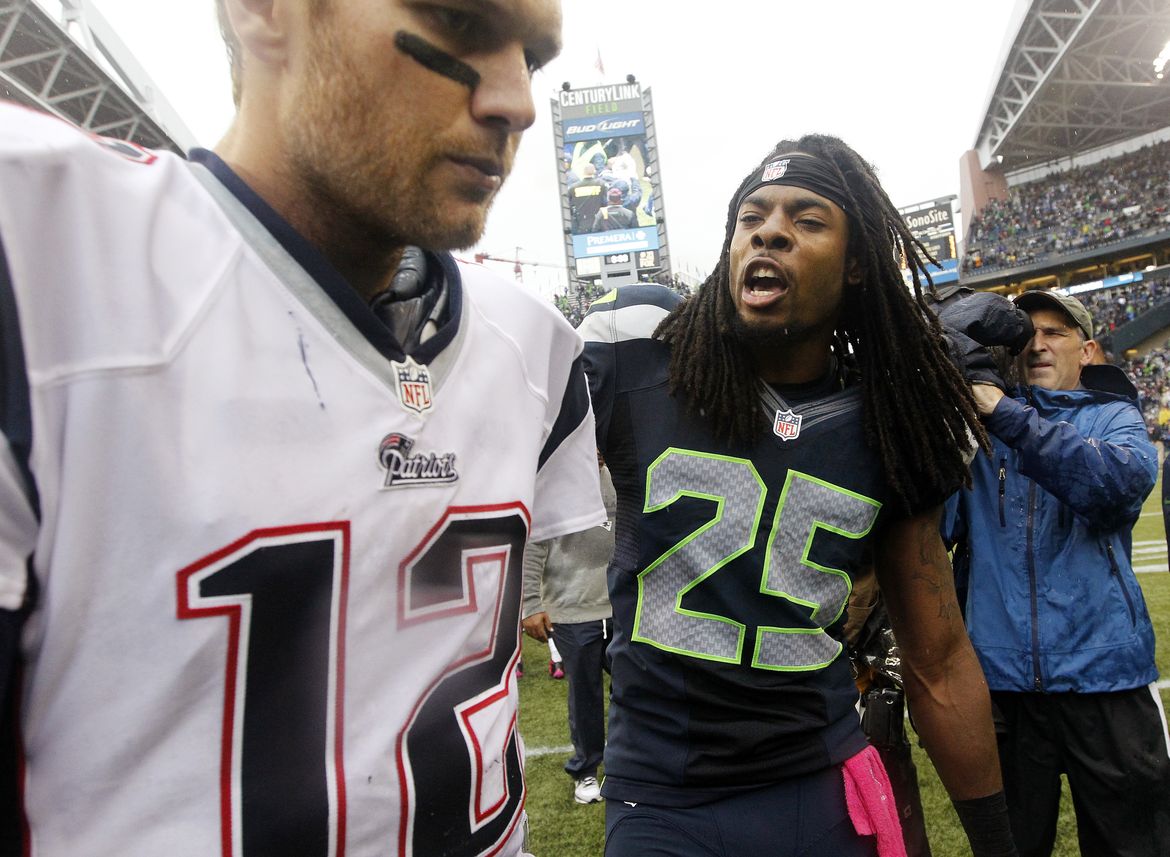 Richard Sherman gave Tom Brady an earful and trolled him on Twitter a few years ago. Now the All-Pro cornerback says the star quarterback isn’t really a choir boy. 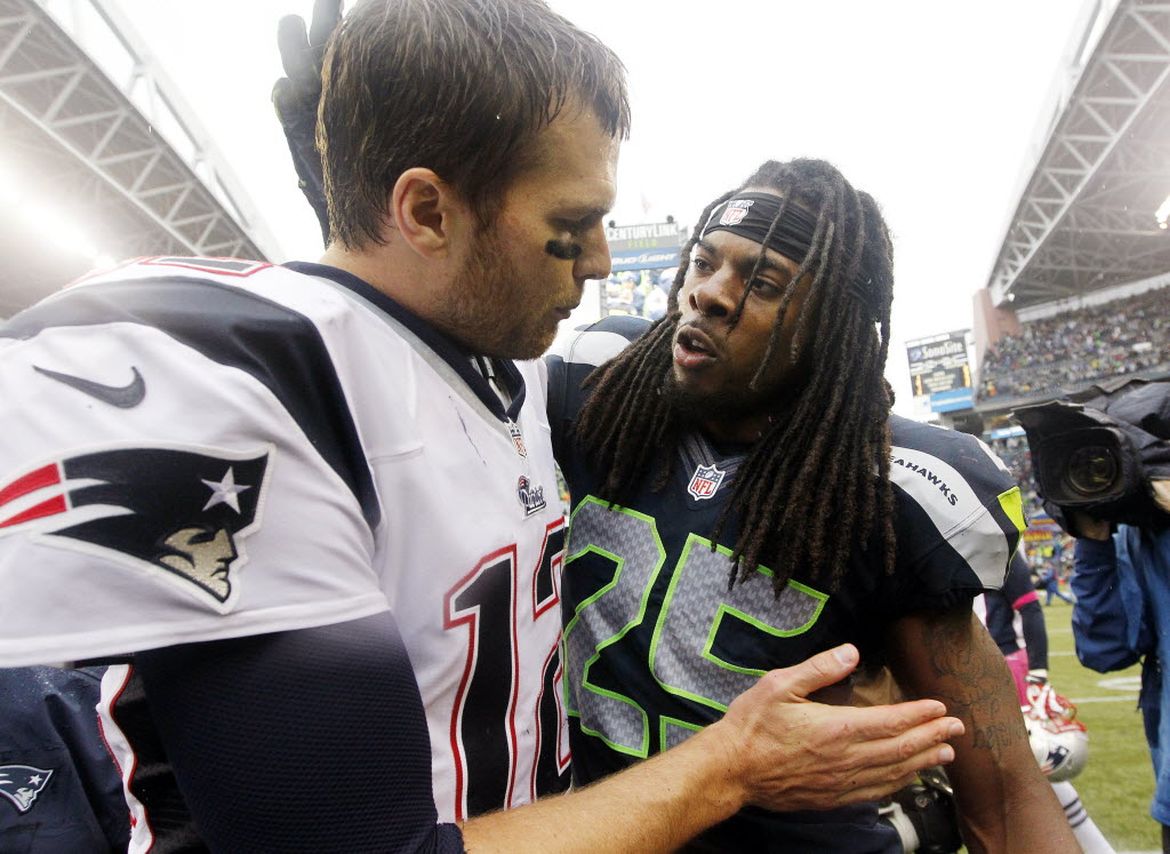 ‘U mad bro?’ Seahawks have trash-talk lead over Patriots heading into Super Bowl

This Super Bowl between the New England Patriots (14-4) and Seattle Seahawks (14-4) will feature some epic yapping from some of the best trash-talkers in the NFL. 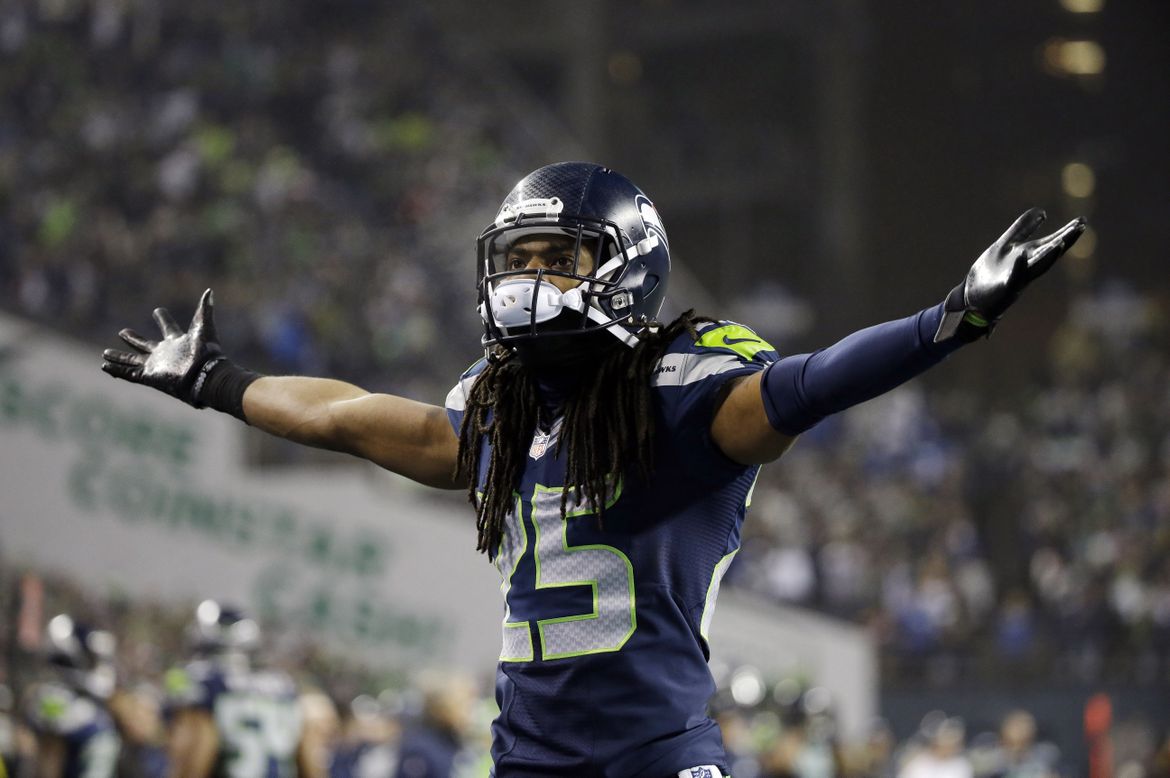 All-Pro cornerback Richard Sherman still expects to play in the Super Bowl despite injuring his left elbow in the NFC Championship game. “That’s my story and I’m sticking to it,” … 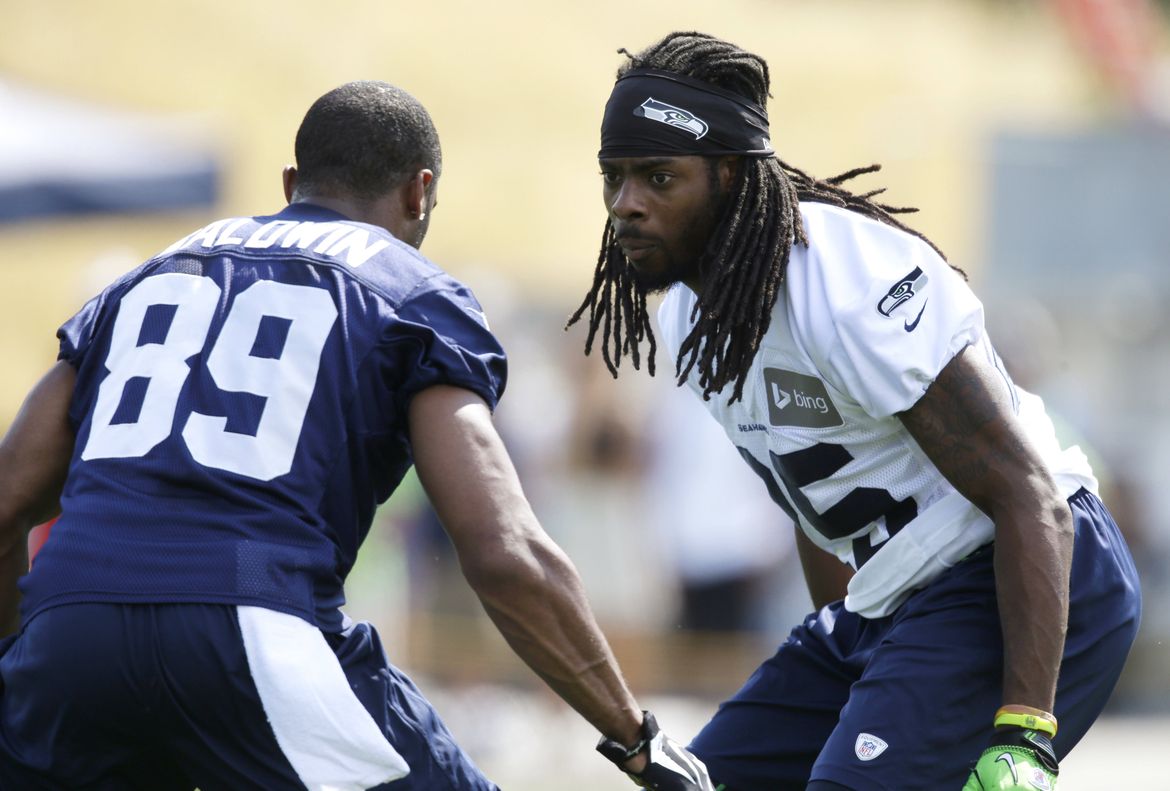 Richard Sherman, Doug Baldwin have been there for each other since Stanford

In his room, on his bed, after another and perhaps final disappointment because of football, Doug Baldwin’s phone rang. Earlier that day, Baldwin had taken his girlfriend and best friend …

RENTON, Wash. – Bobby Wagner figured spending five games as a spectator because of injury – part of that time with his foot in a cast and moving around on …