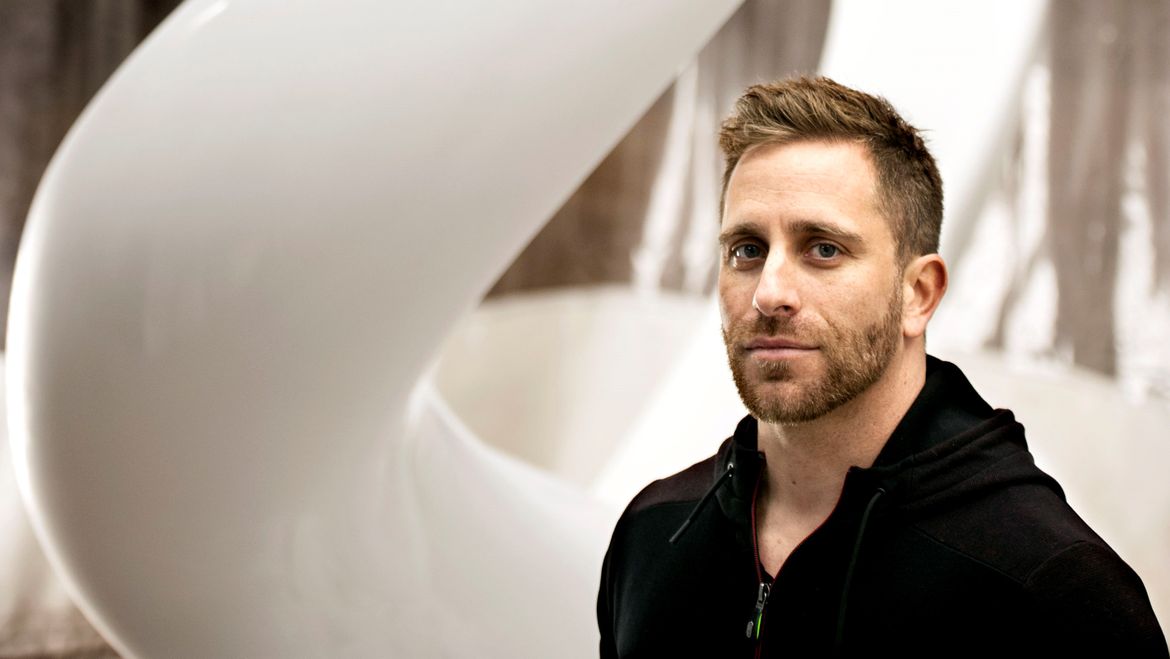 Sculptor realizes his artistic vision: Mike Fields, who created Cougar Pride with his father, has found balance with Unity

Growing up in Spokane, Mike Fields started his career as a sculptor following in the path and aesthetic of his father, Chester Fields. The two created many wildlife sculptures, perhaps …

SEATTLE — A life-sized statue of Soundgarden frontman Chris Cornell has been vandalized outside the Museum of Pop Culture in Seattle. 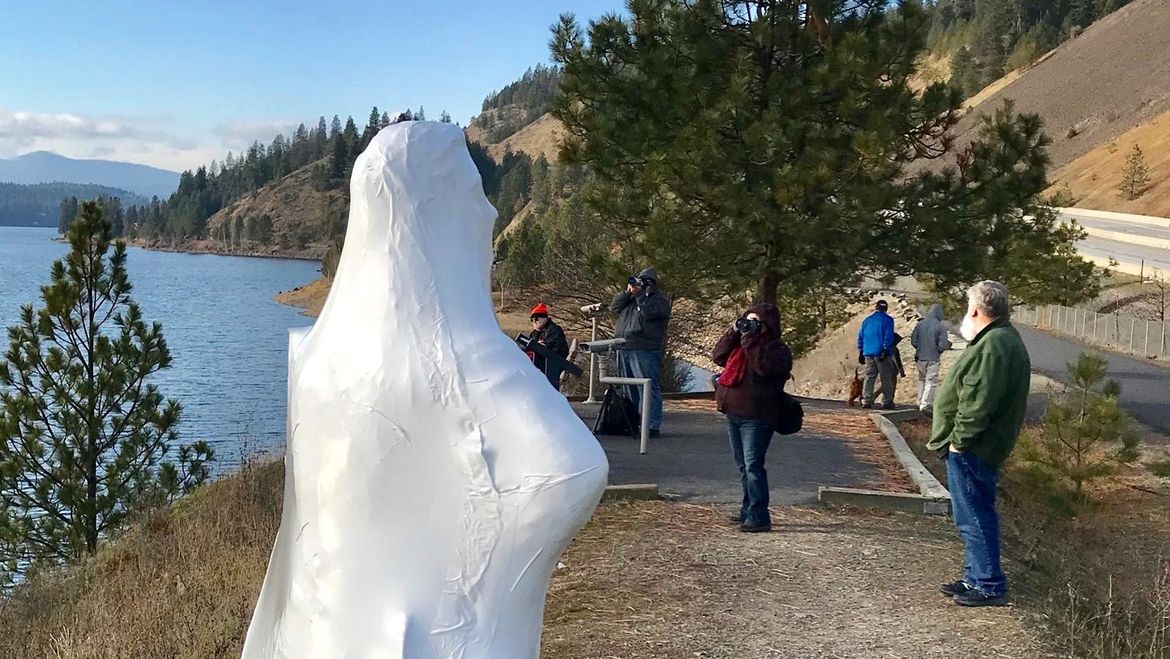 Huckleberries: Leopold is having a rest on the Centennial Trail

Some have reported on social media that the “Ghost of Christmas Past” haunts the easternmost end of the two-state Centennial Trail. Others have spied the specter at twilight as they … 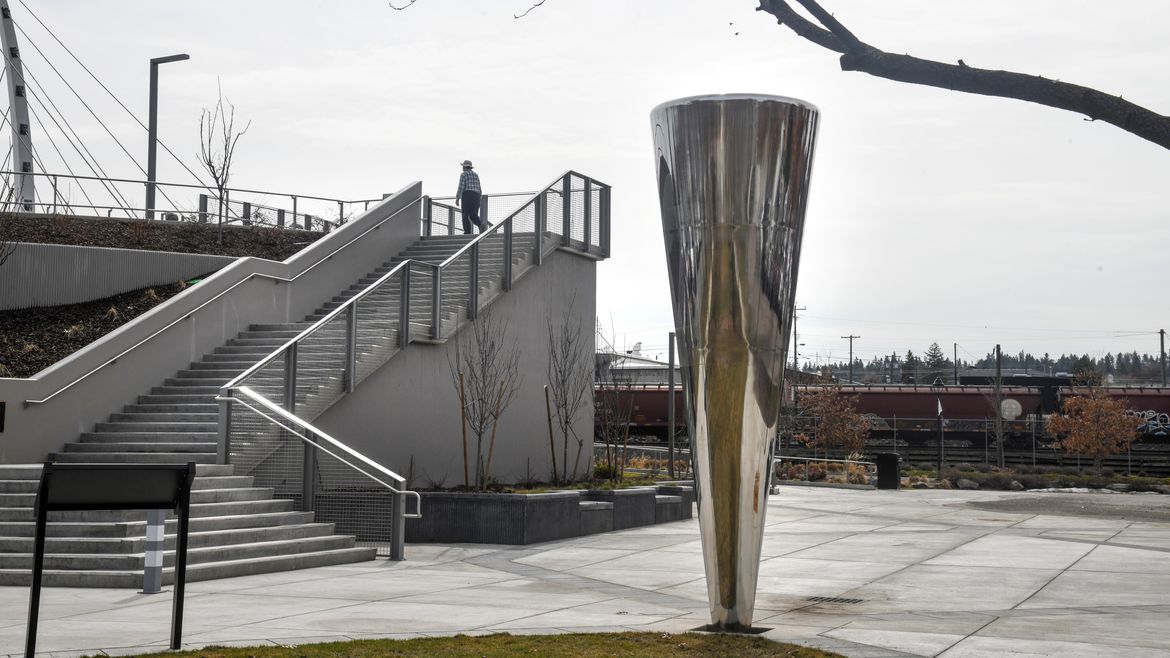 Steely and mirror-like, the new sculptures on either side of Spokane’s new pedestrian bridge are, quite literally, places of reflection. 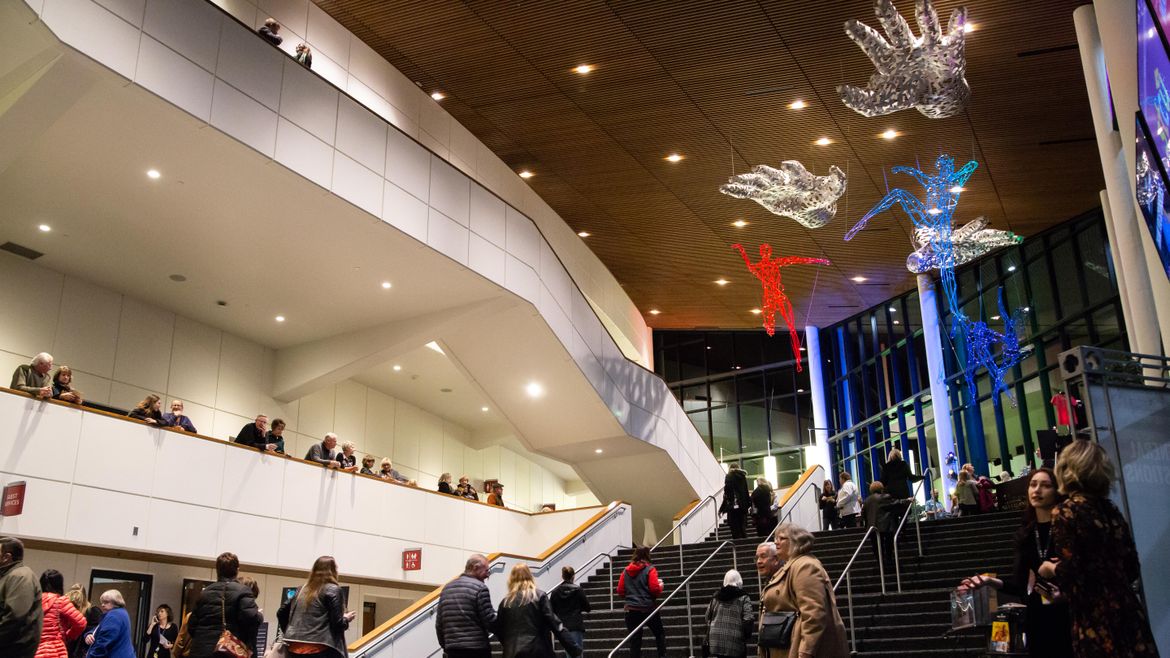 “Opening Act” is the title of the new installation that greets visitors outside the theater doors of the First Interstate Center for the Arts.

In painstaking detail, artist Louise McDowell is resurrecting “the spot” that came to mean so much to the people of Steelhead Drive. The artist is recreating the row of mailboxes … 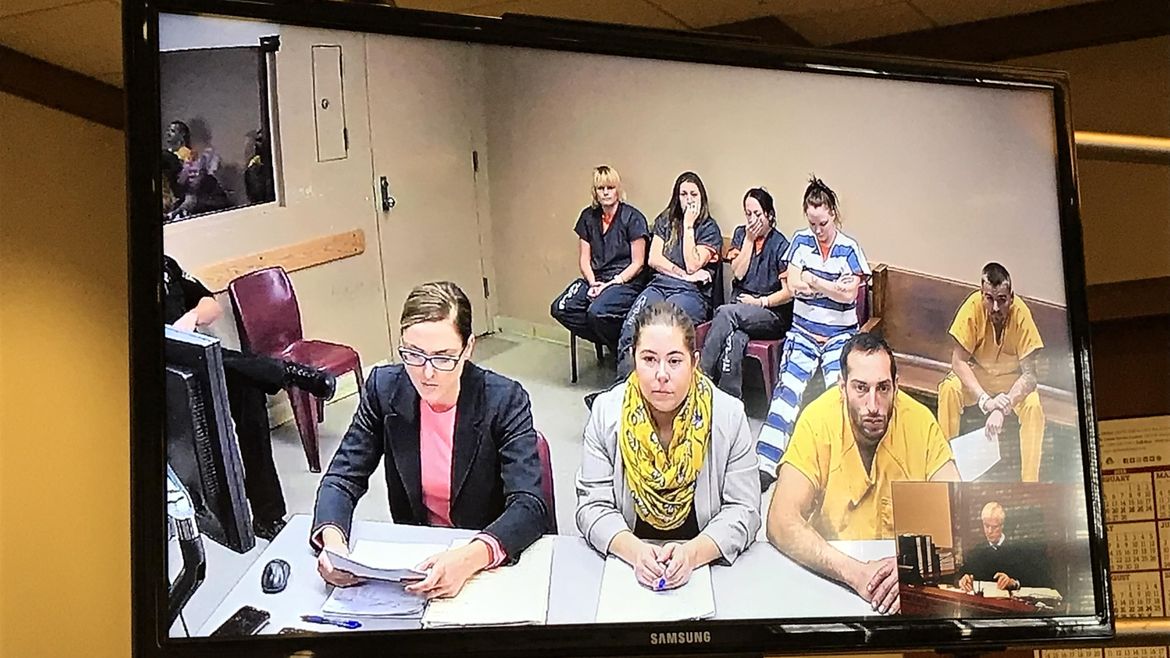 A man suspected of smashing at least one public art sculpture with a stick in downtown Spokane had bond set at $20,000 Thursday. 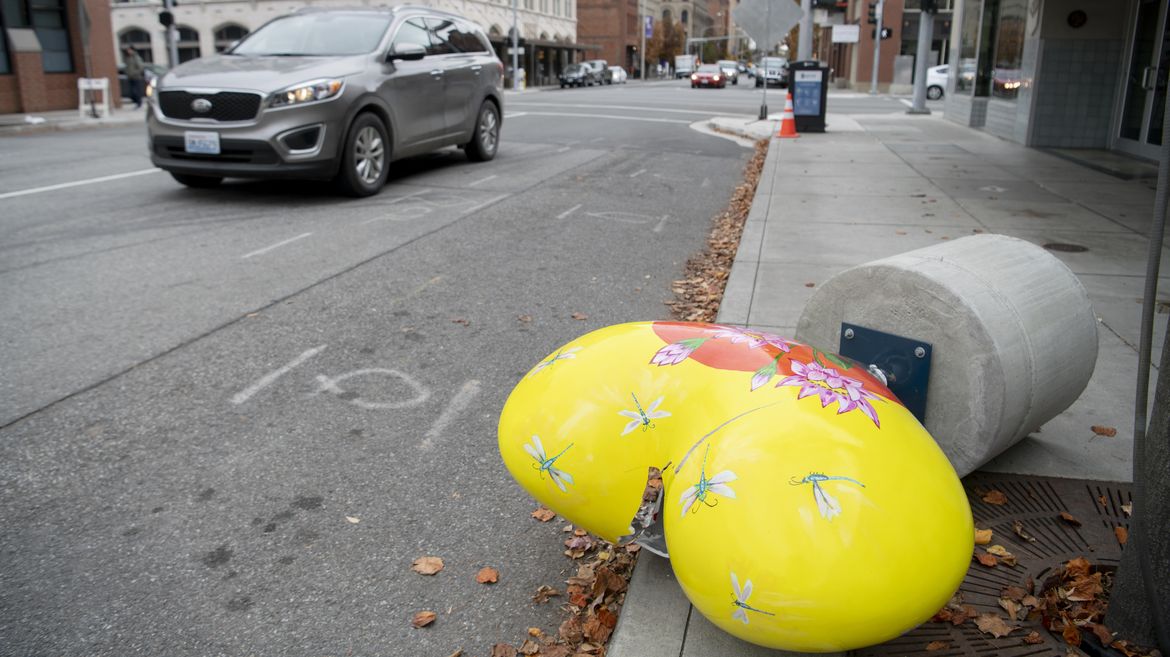 Police arrested a man Wednesday suspected of smashing a third heart sculpture in downtown Spokane, part of an art project meant to raise money for charity. 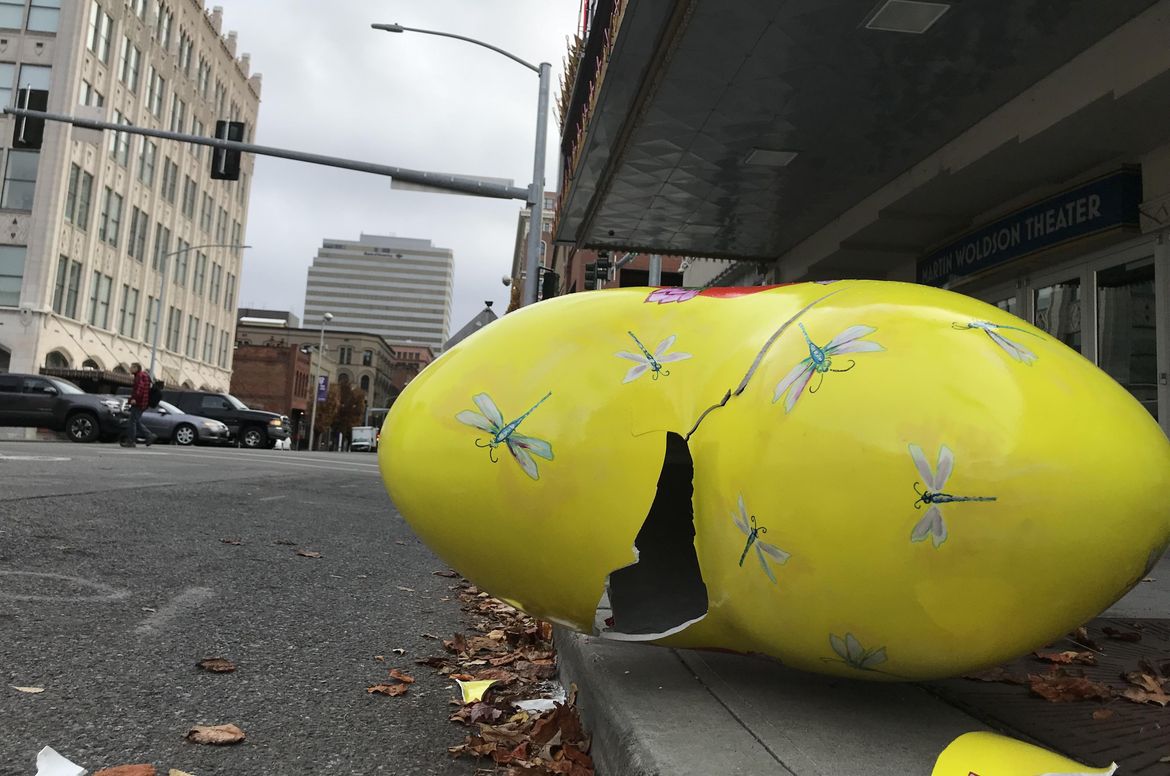 While millions across the nation were stirred awake on Election Day ready to partake in civic engagement, Spokane instead woke up to a broken heart. Two, in fact. The Ronald McDonald House has partnered with STCU to install painted hearts throughout downtown to raise money for the charity. 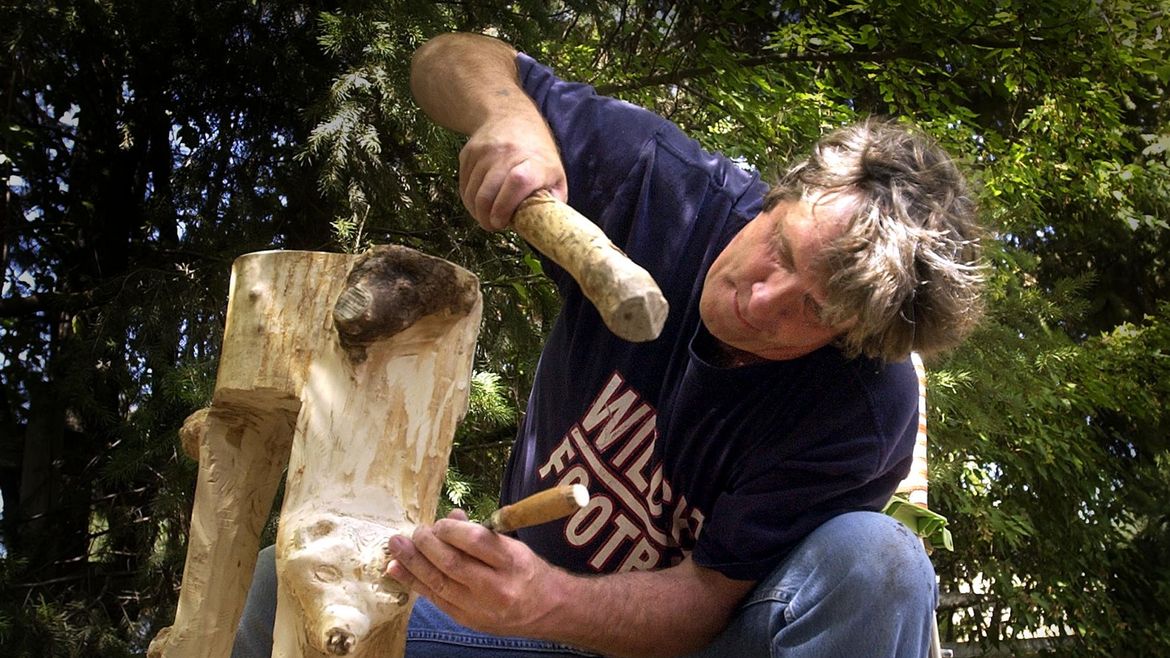 The wood carver and painter is currently battling stage four terminal liver cancer, and a group called Spokane Outlaw Artists is hosting an auction and fundraiser to benefit Chiappetta and … 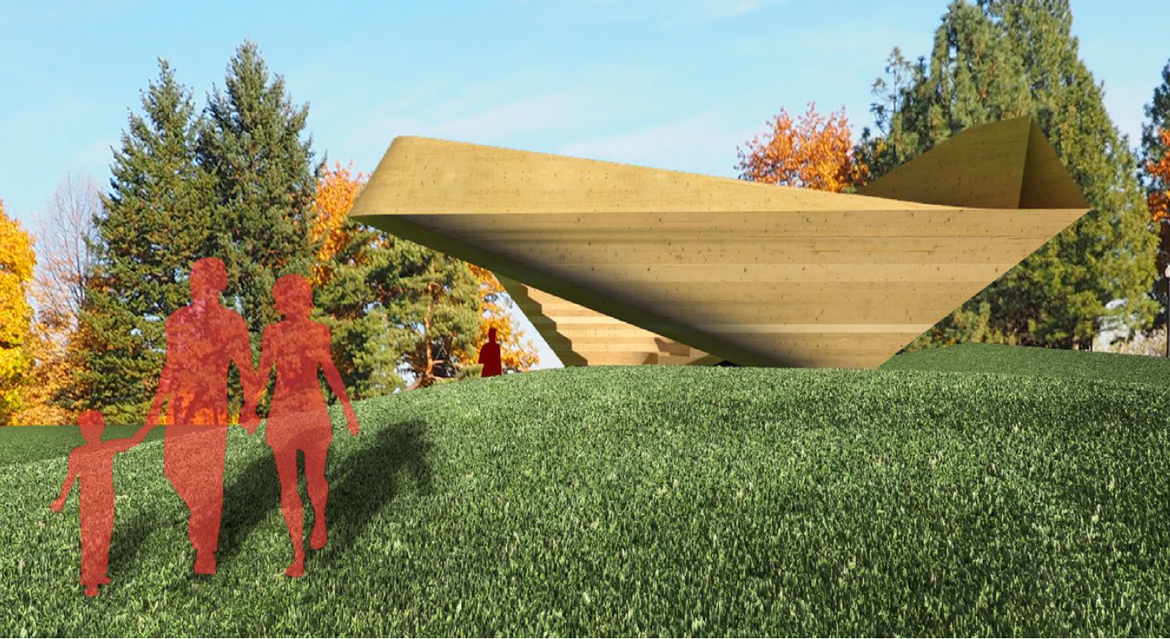 The full Spokane Park Board will vote later this month on a design and location for “Step Well,” architect and artist J. Meejin Yoon’s sculpture for Riverfront Park. The MIT … 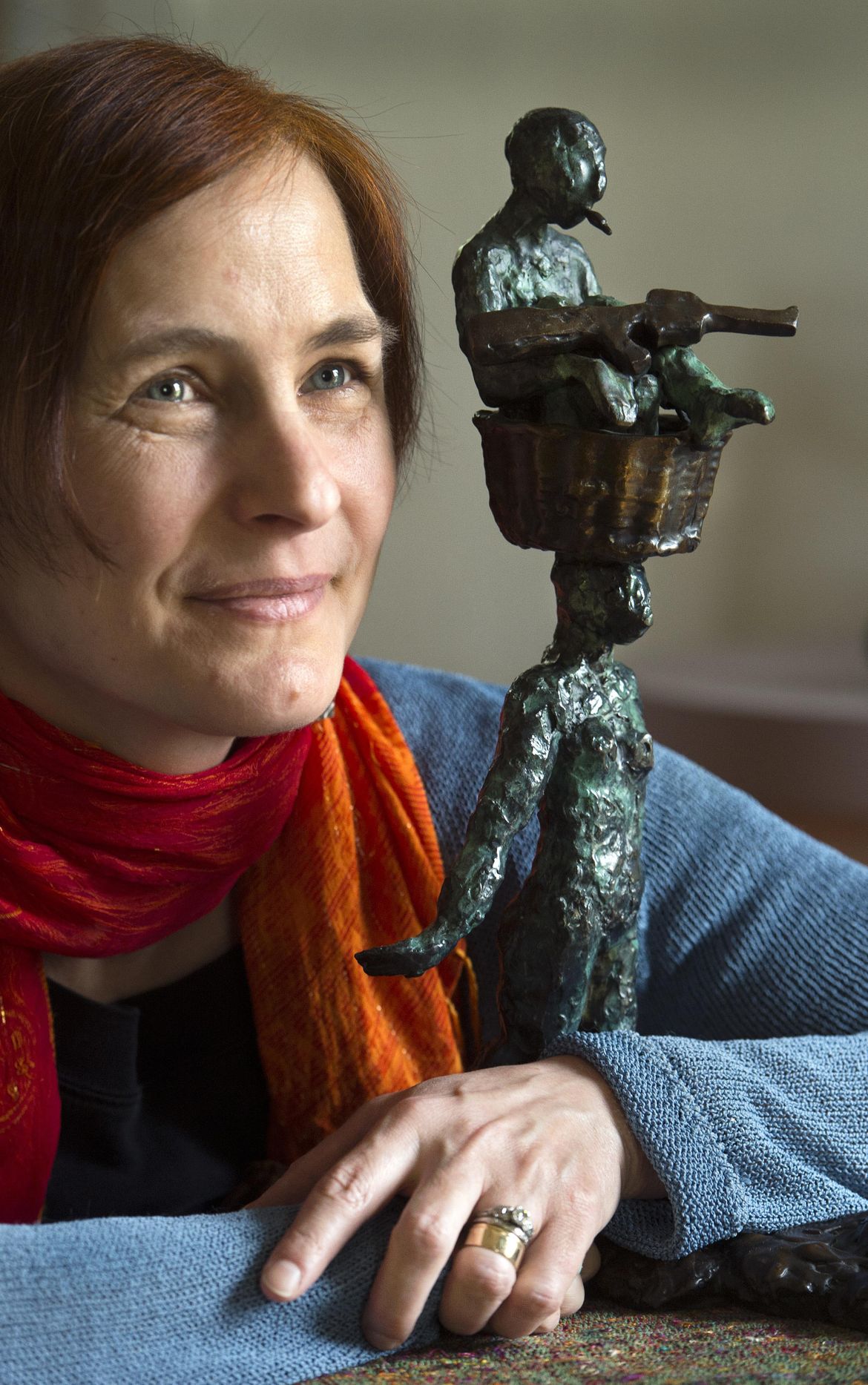 Spokane artist Ildikó Kalapács insists that her new show, a mixed-media art exhibition on refugees with participation of refugees, is not “political.” If anyone does try to politicize the issue … 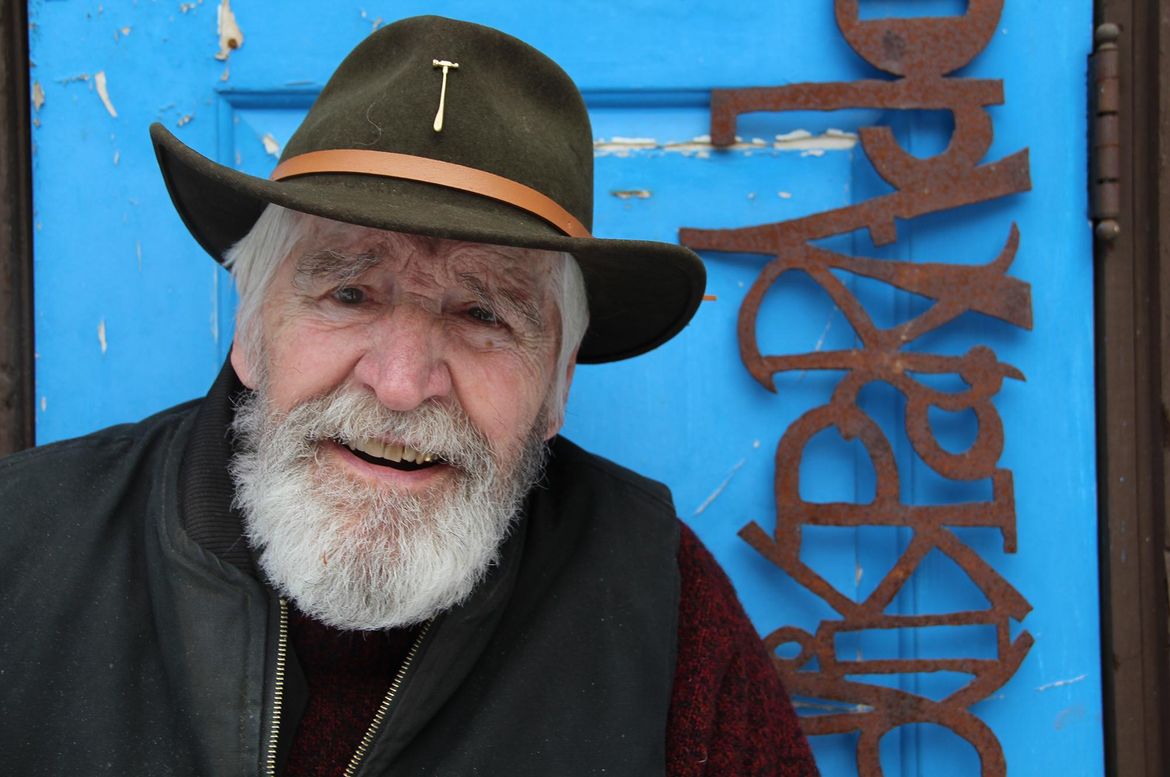 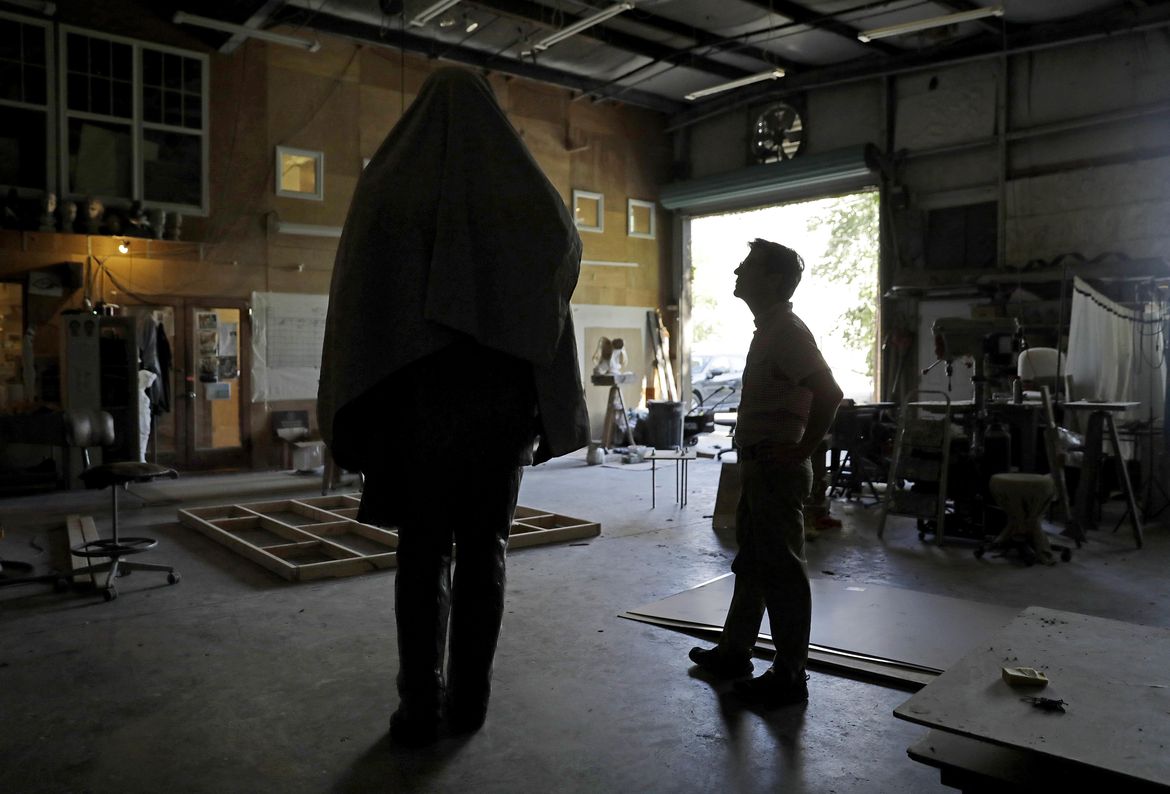 The sculpted clay was dry and the bronze would soon be cast, but artist Martin Dawe still found himself waking with a start before dawn, worried that he didn’t get … 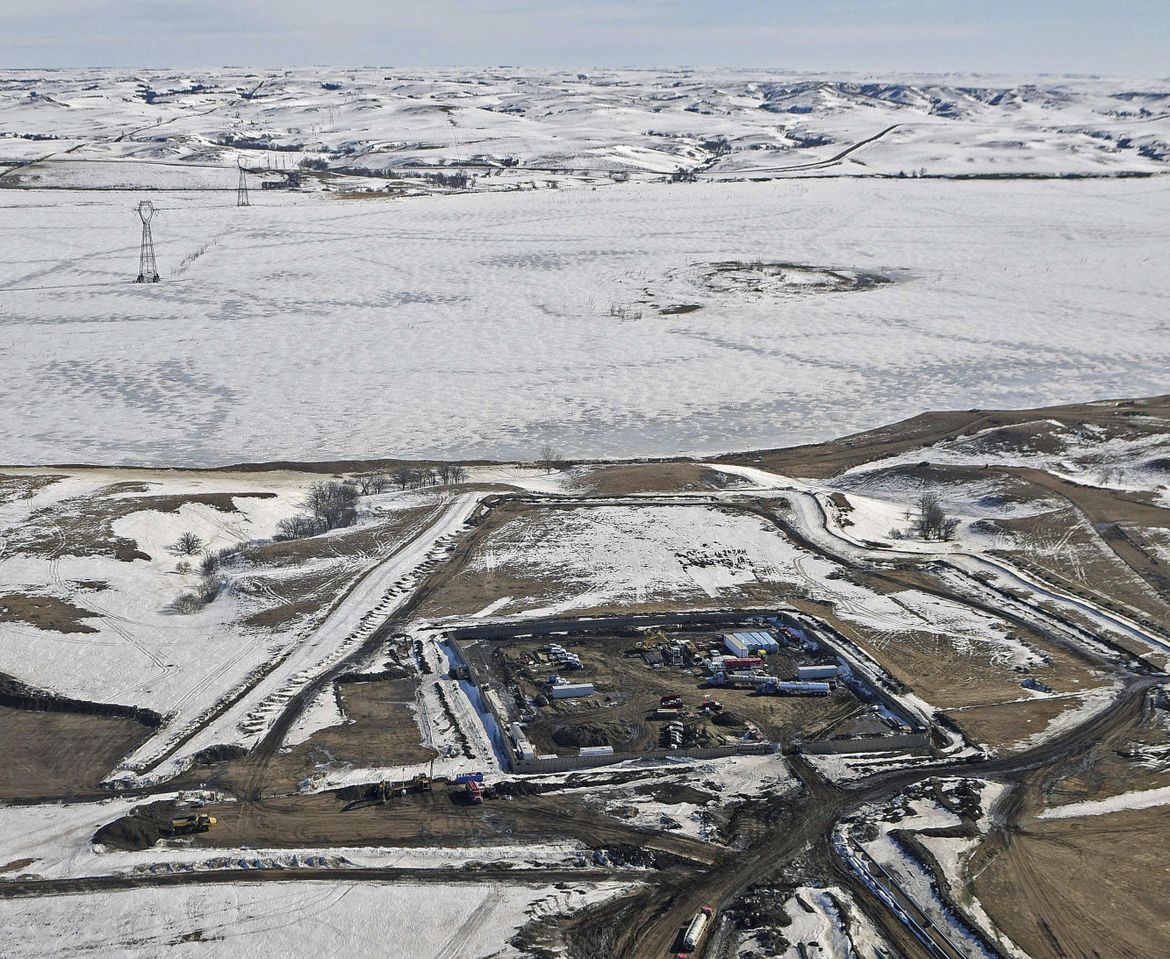 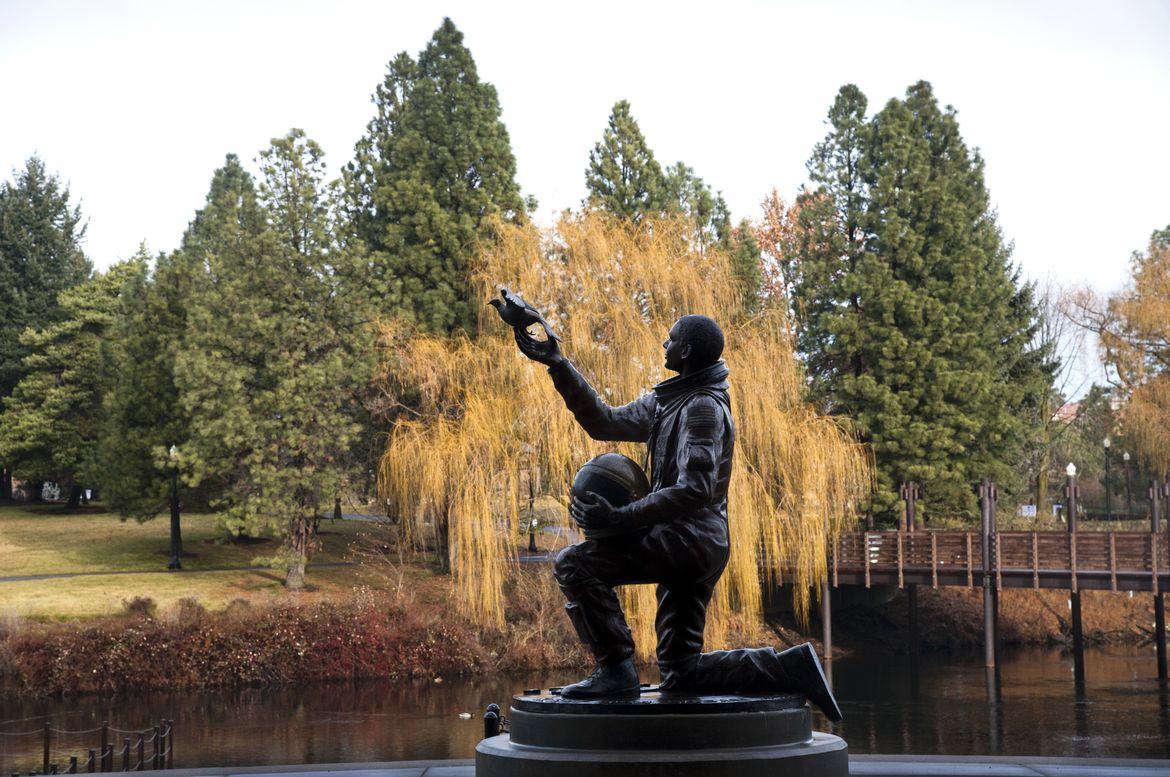 Spokane sculptor and aviator Dorothy Fowler, widely known for her bronze statues and cathedral door reliefs, died Saturday. She was 88. Fowler, whose late husband, Jack, was the founding father … 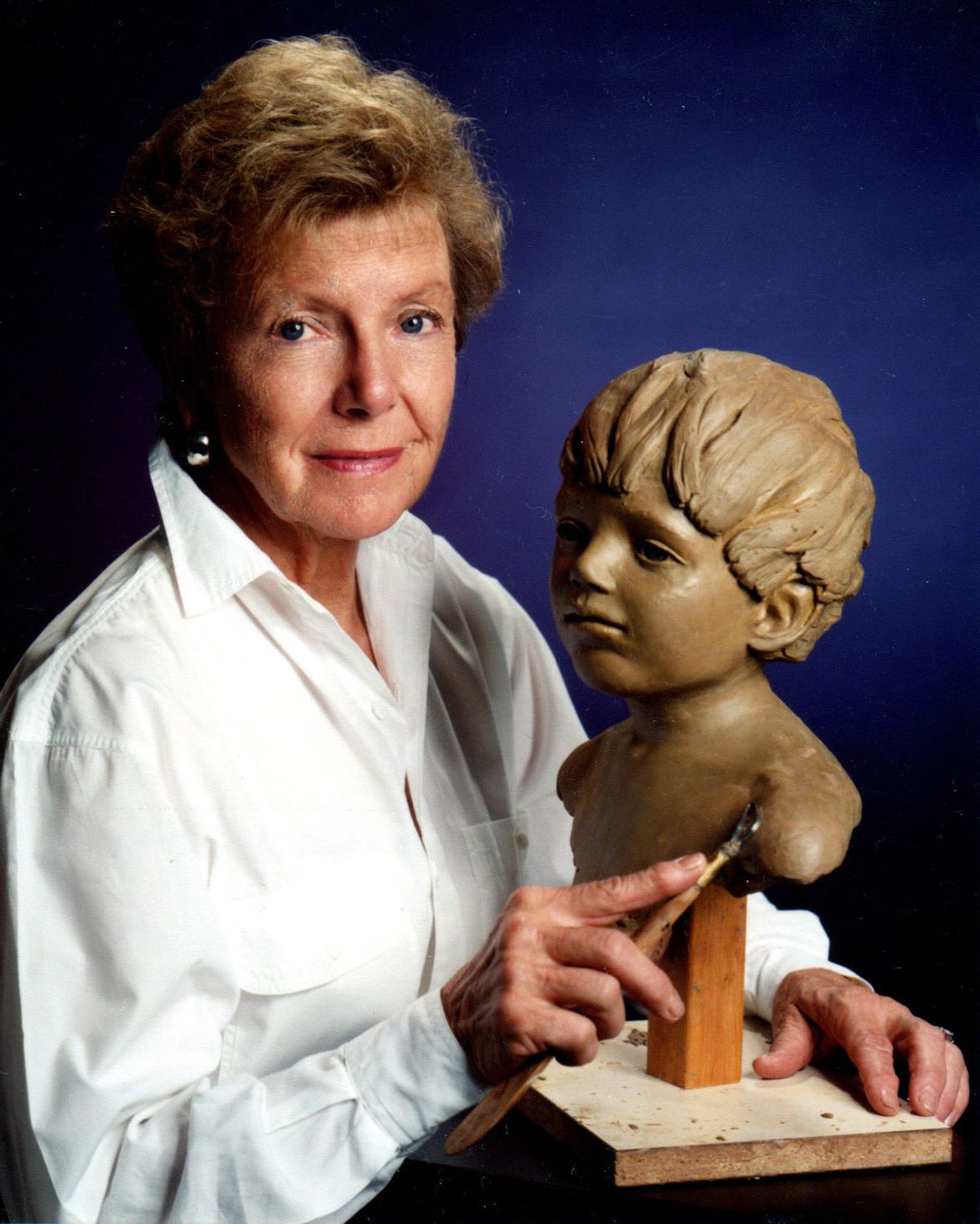 Spokane sculptor and aviator Dorothy Fowler, whose bronze statues and striking cathedral doors can be found near and far, died Saturday. She was 88.

World War I: the war that inspired innovative art

NEW YORK (AP) — In the summer of 1914, with the war in Europe just two weeks old, Henry James knew that something had been lost forever. “Black and hideous … 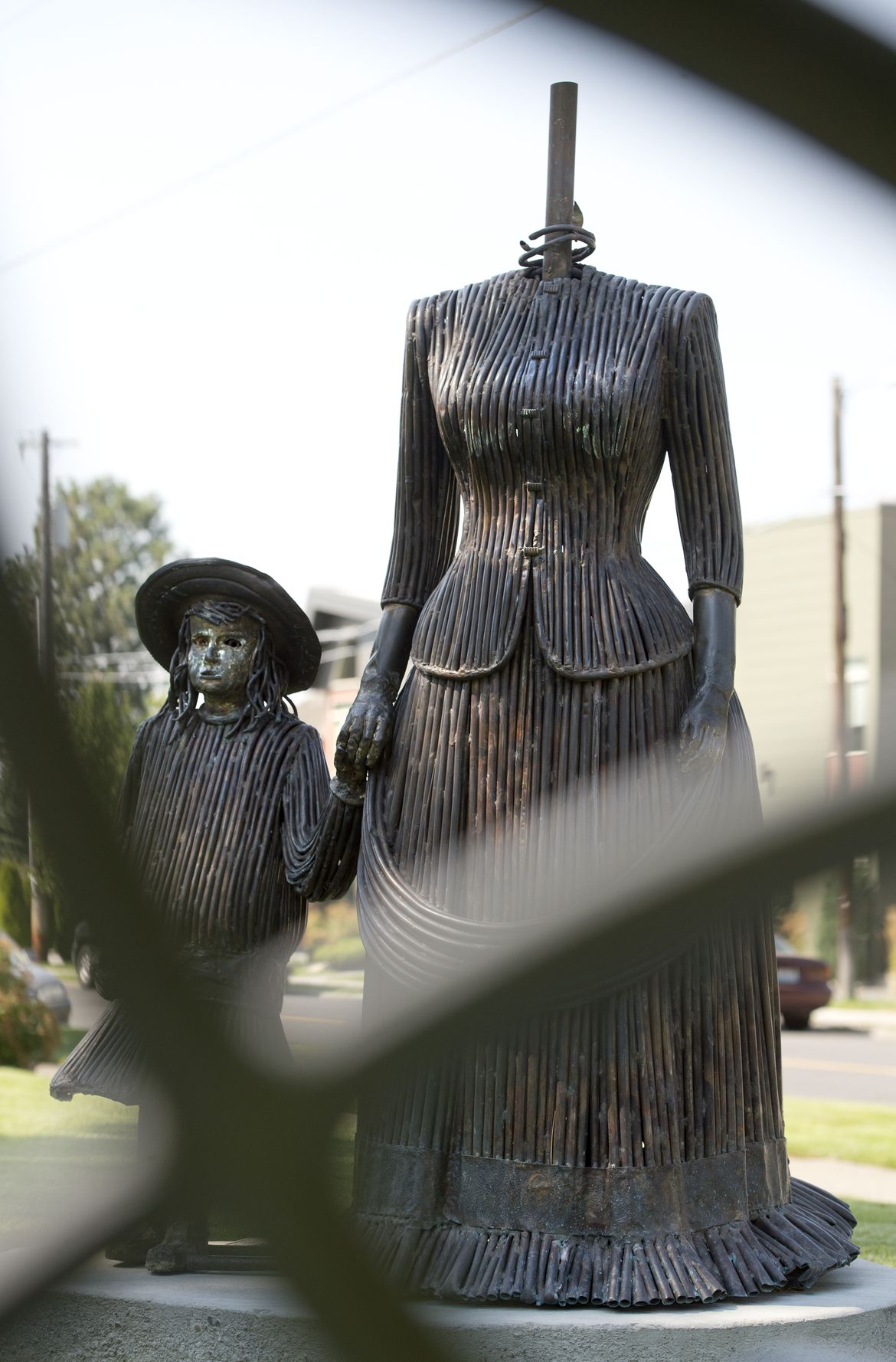 A Good Samaritan who said she snatched a wobbly head off a statue of Anna Browne, the namesake of Browne’s Addition, prompted several hours of searching in the neighborhood Wednesday … 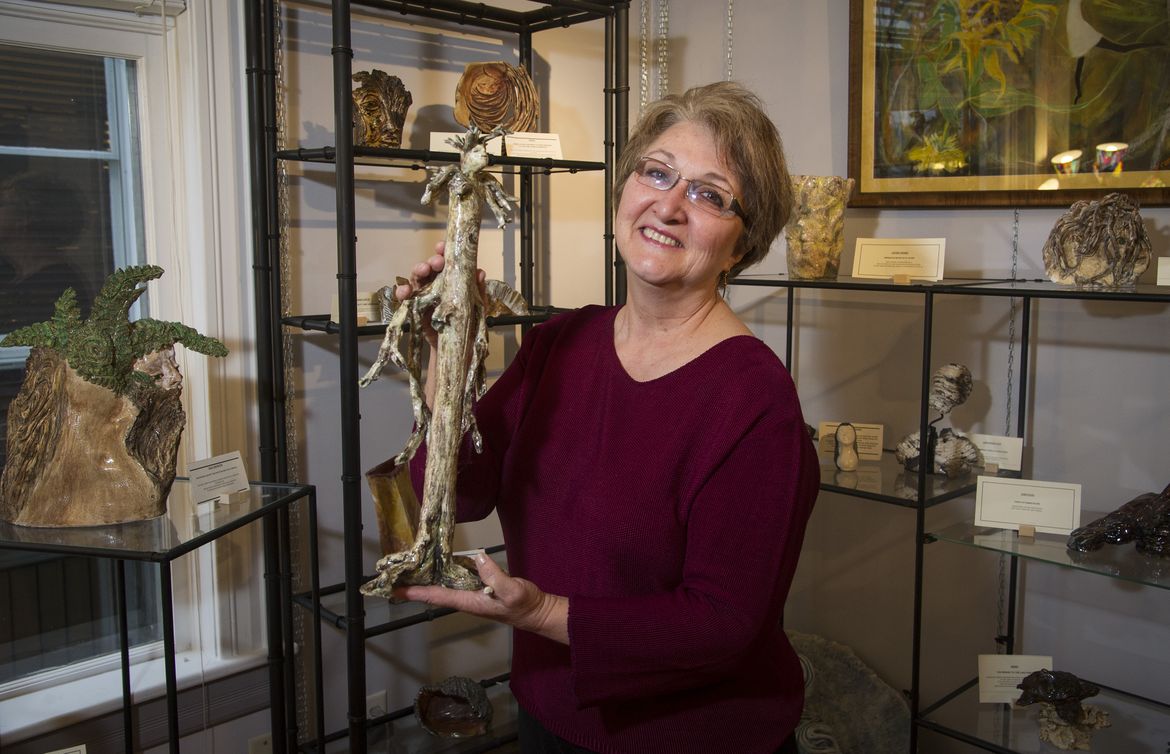 For Ginger Oakes sculpting is ‘instinctual’

For sculptor Ginger Oakes, her artistic journey began like the main character in the 1977 Steven Spielberg film “Close Encounters of the Third Kind.” Who can forget the scene where …

A sculpture displayed in downtown Coeur d’Alene as part of a public art program was stolen from a street corner last week.

Norma “Duffy” Lyon, whose life-size butter sculptures of cows, Elvis and even Jesus and his disciples delighted Iowa state fairgoers for nearly half a century, has died. She was 81. 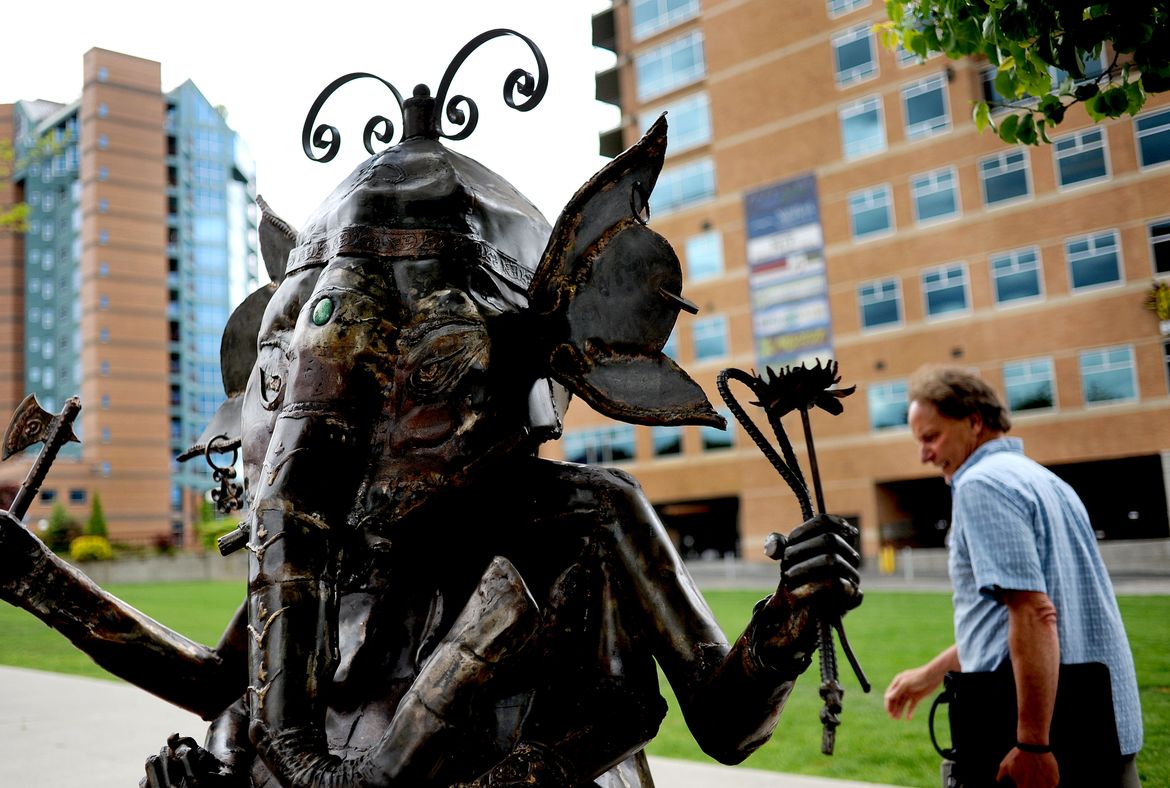 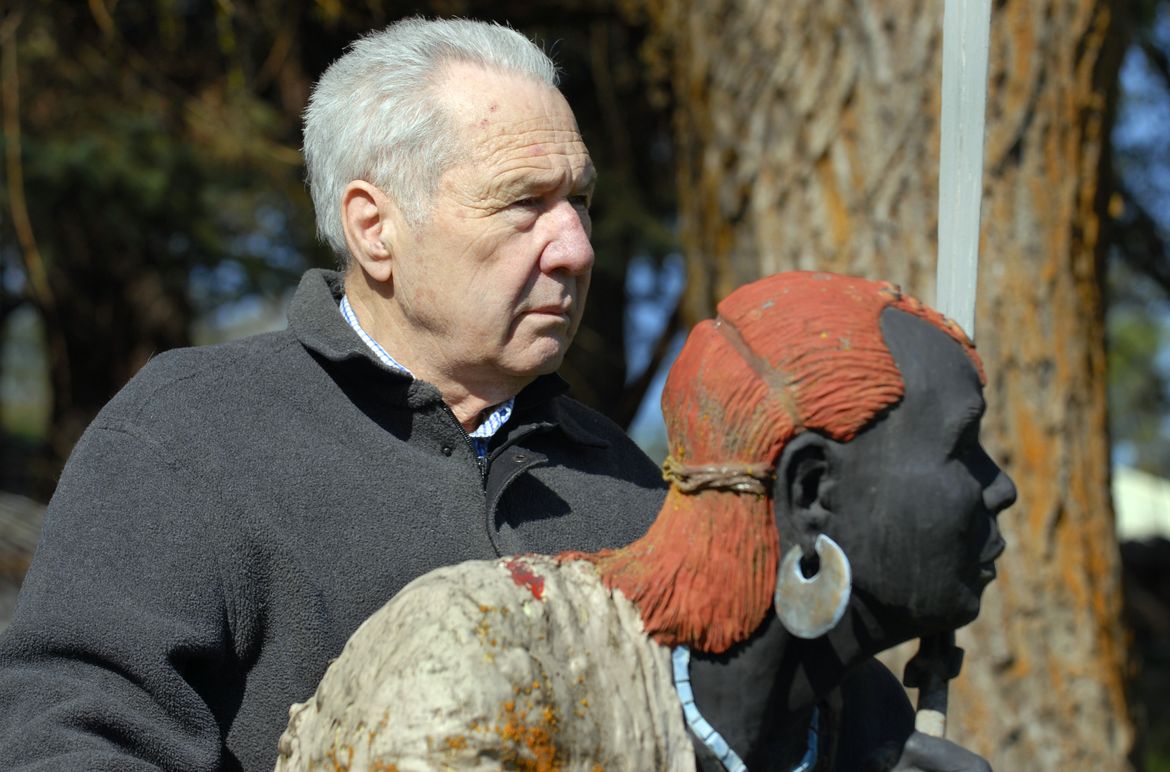 Sanders hammered out a legacy larger than life

The hammer still rests there, right where Bill Sanders left it – atop a work glove, on the back of an unfinished, life-size scrap-metal sculpture of an Afghan hound, next …

A piece of Expo ’74 history is up for grabs. The Spokane Park Board voted unanimously Thursday to remove an unnamed sculpture by Charles W. Smith from Riverfront Park. 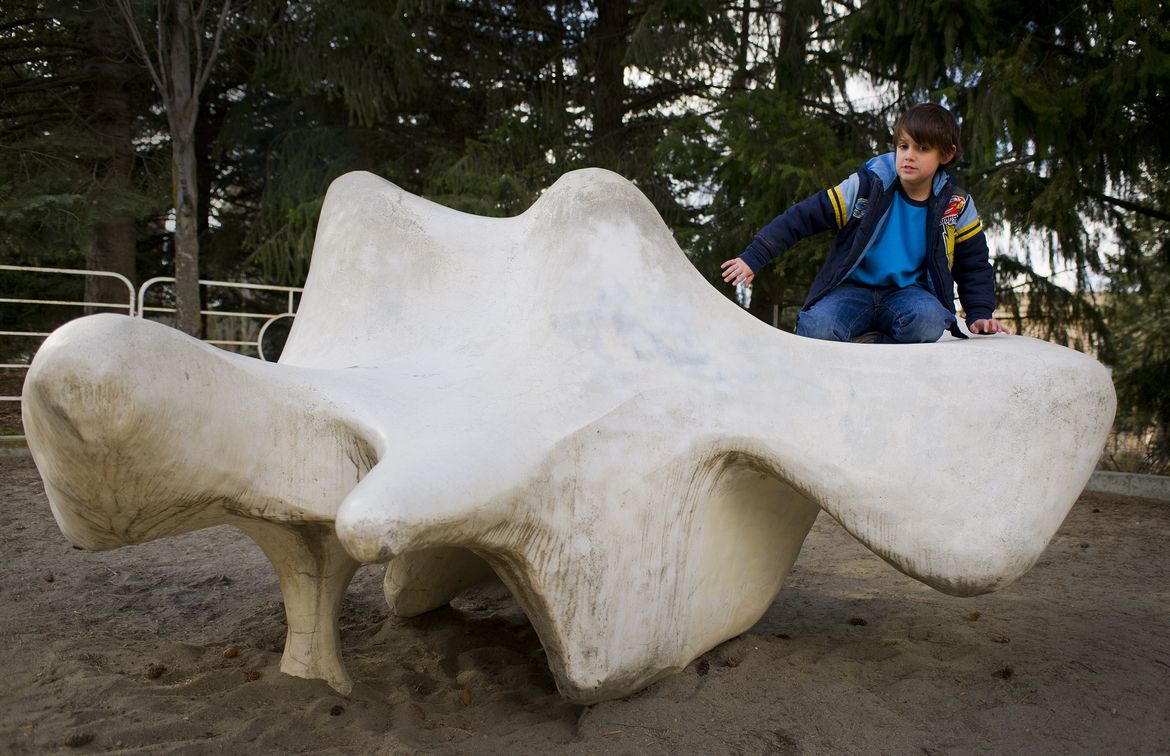 Park Board gives up Expo sculpture

An Expo ’74 sculpture will be removed from Riverfront Park, but could be saved if an institution or interested person pays for its removal and can maintain it as a …

Sculpture’s fate will be decided Thursday

The Spokane Park Board will decide Thursday if it will remove a sculpture created for Expo ’74 from Riverfront Park.

When noted Pacific Northwest artist Charles W. Smith was creating a sculpture in what became Riverfront Park, he was often asked what it represented. “Nothing,” he told a Spokane Daily … 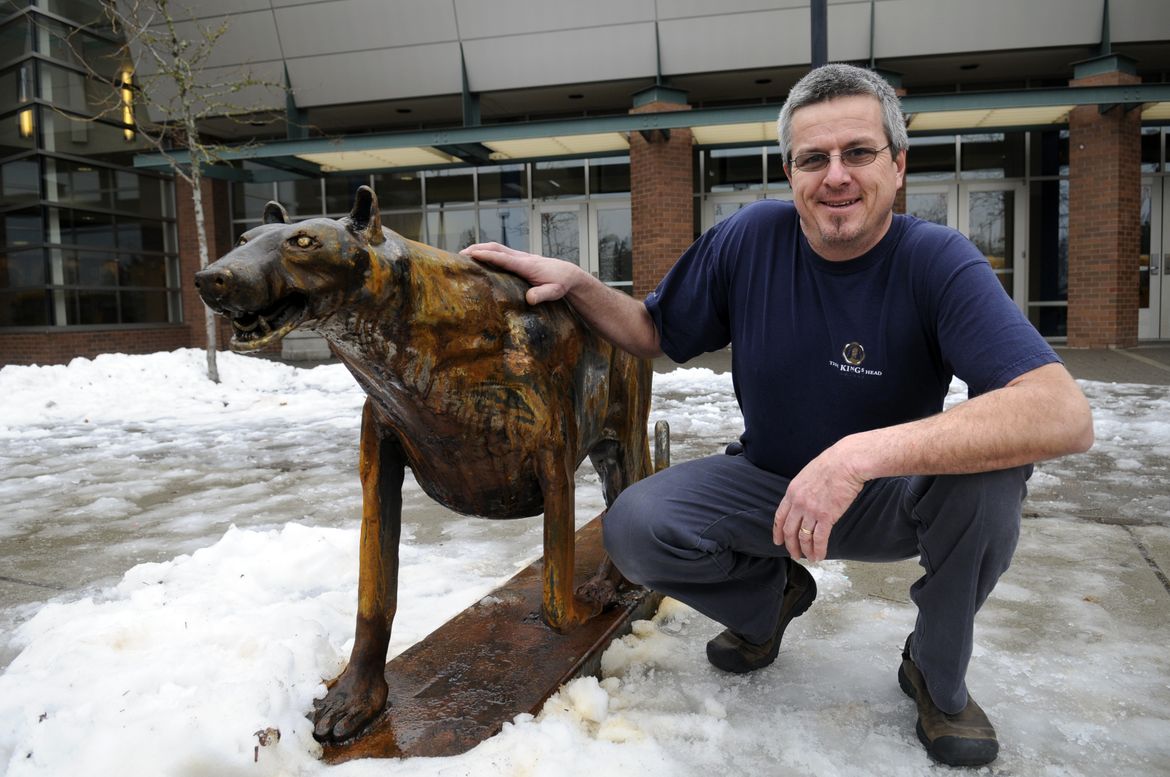 Sculptors don’t often receive raucous applause – especially from hundreds of teenagers. But at the Mead High School holiday assembly on Dec. 18, shouts and cheers rang out for sculptor …