At the season-opening Daytona 500, Joe Gibbs Racing proved it was unquestionably the fastest, from Denny Hamlin taking the checkered flag to its quartet of cars leading more than three-quarters … 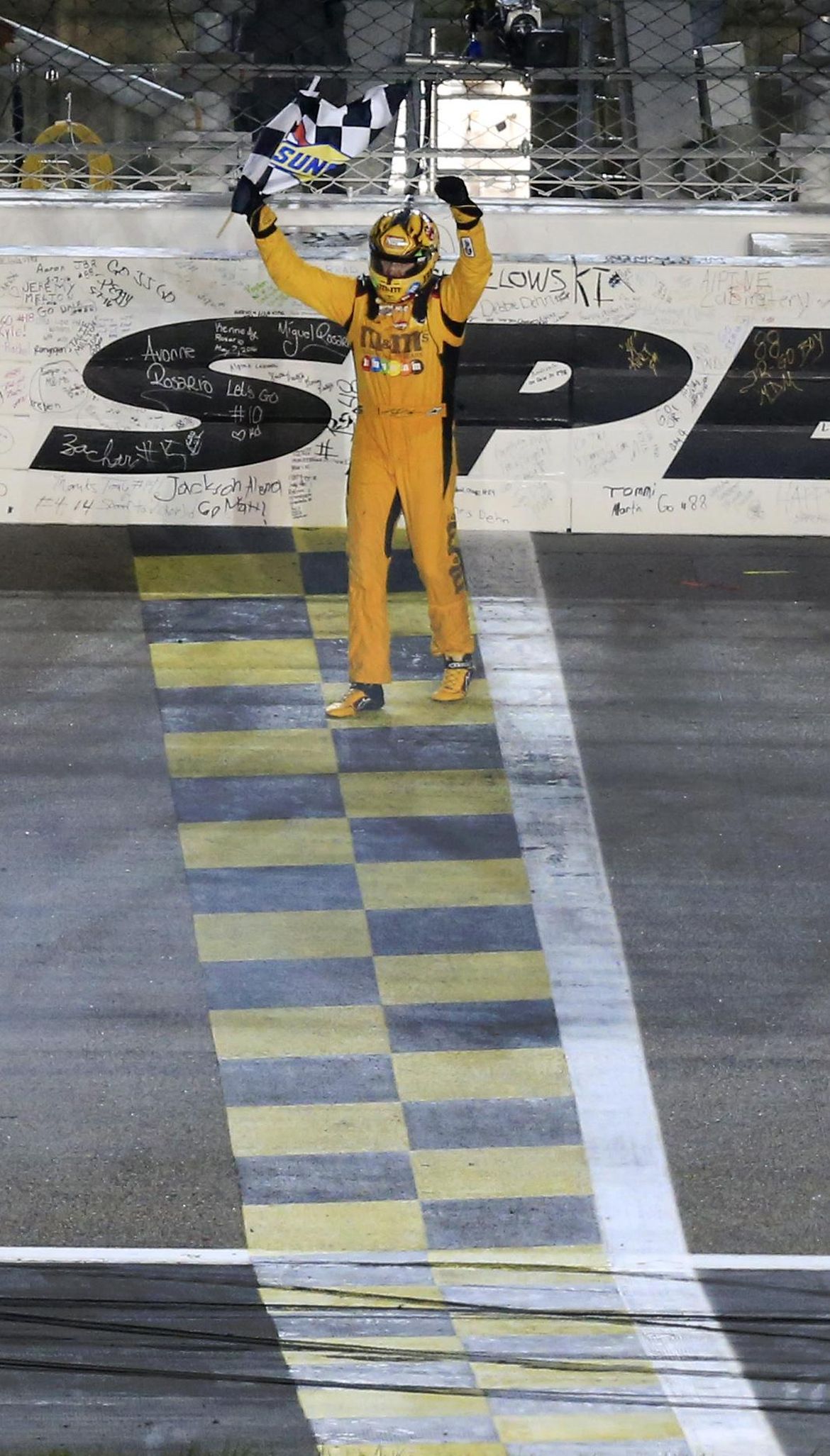 Kyle Busch has seemingly dozens of reasons to despise Kansas Speedway, from the two times he crashed out of Chase races to the innumerable misfortunes in other series. 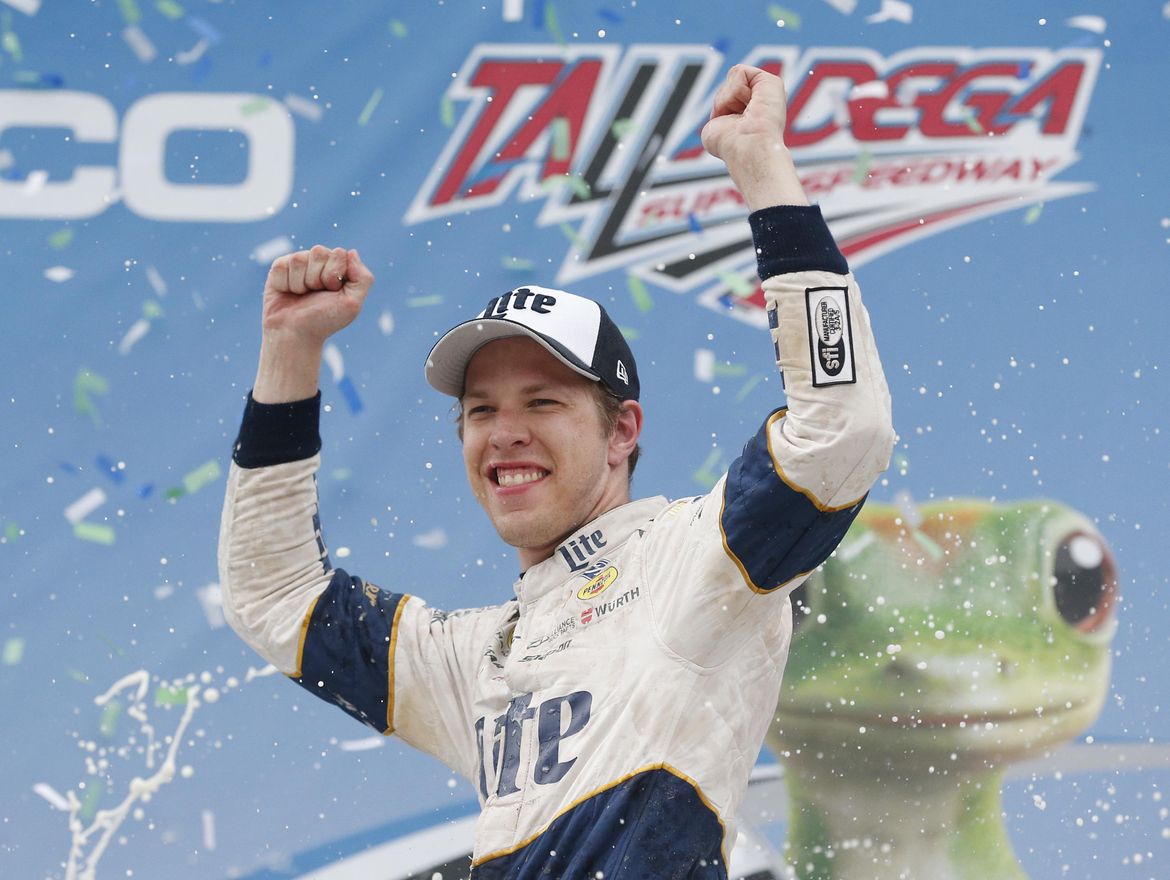 Two cars went airborne, 35 were involved in an accident of some kind, and Danica Patrick had the wind knocked out of her in a vicious crash into the wall. 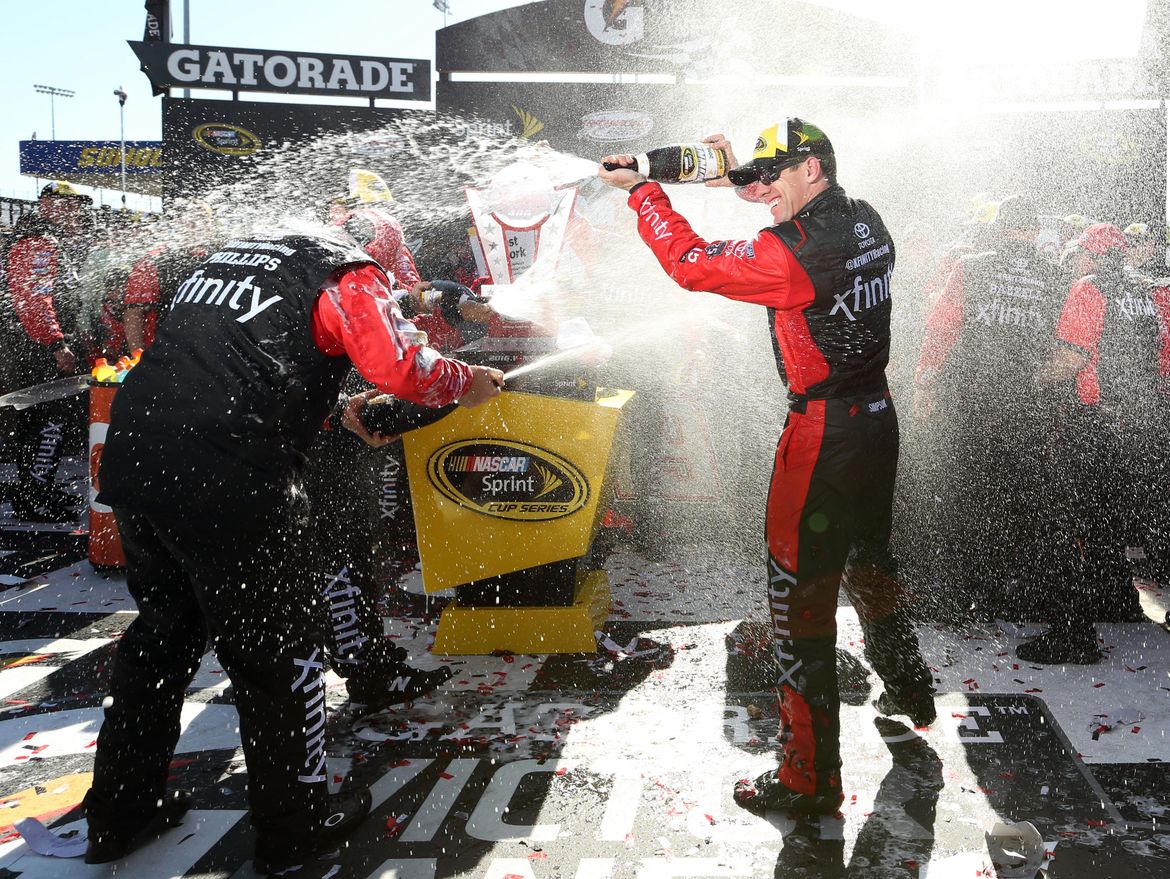 Carl Edwards had been grinding for 30 laps, doing everything he could to catch Joe Gibbs Racing teammate Kyle Busch in a two-way breakaway from the pack at Richmond (Virginia) … 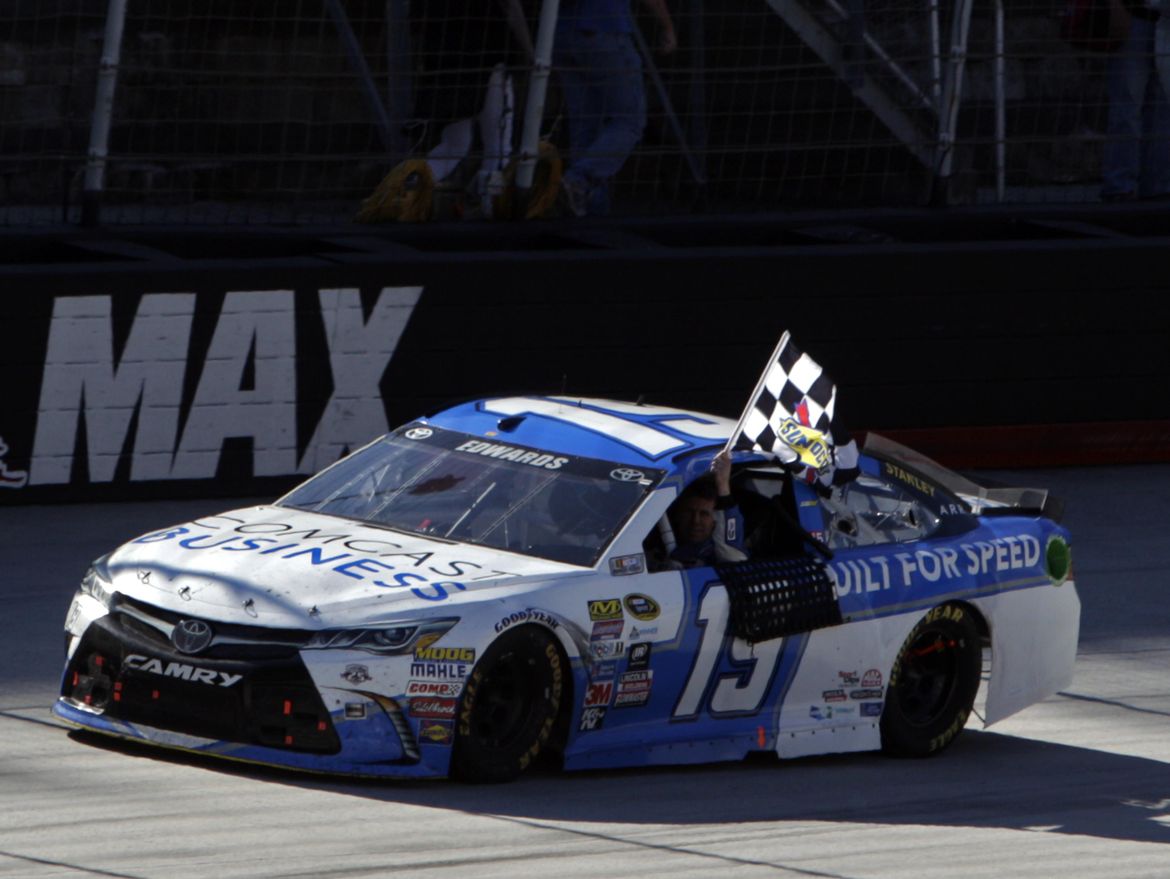 Carl Edwards took his first celebratory back flip of the season and easily stuck the landing.

Jimmie Johnson knows how to win in Texas

Jimmie Johnson certainly knows his way to Victory Lane at Texas Motor Speedway in Fort Worth. 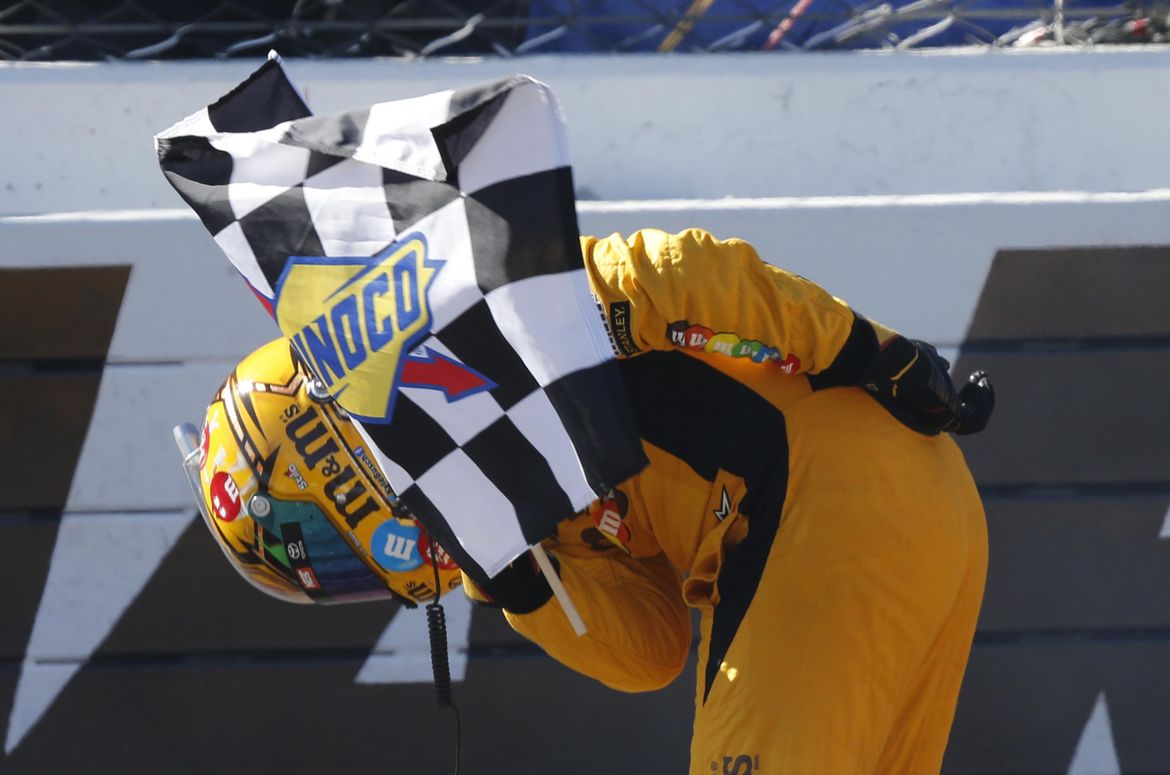 Helio Castroneves had the fastest qualifying lap during a day of records in IndyCar’s return to Phoenix International Raceway in Avondale, Arizona, on Friday. 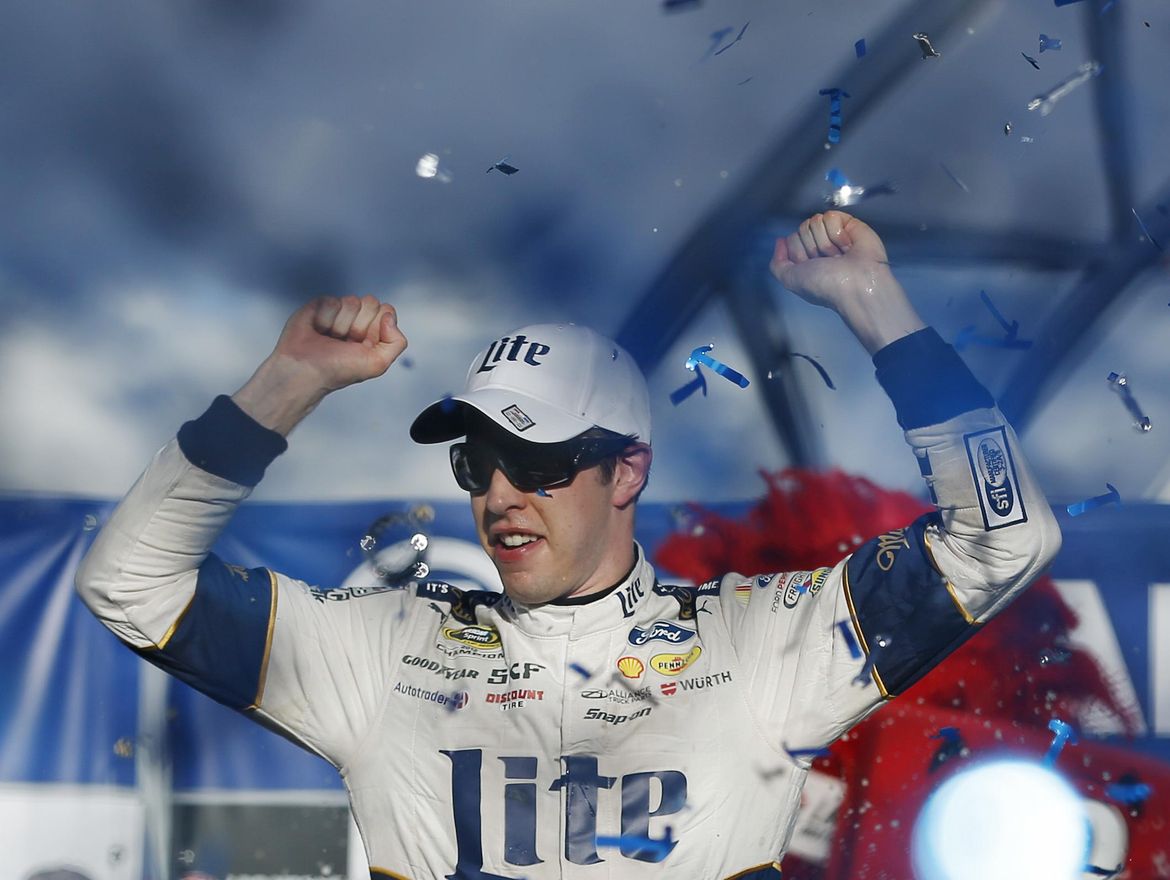 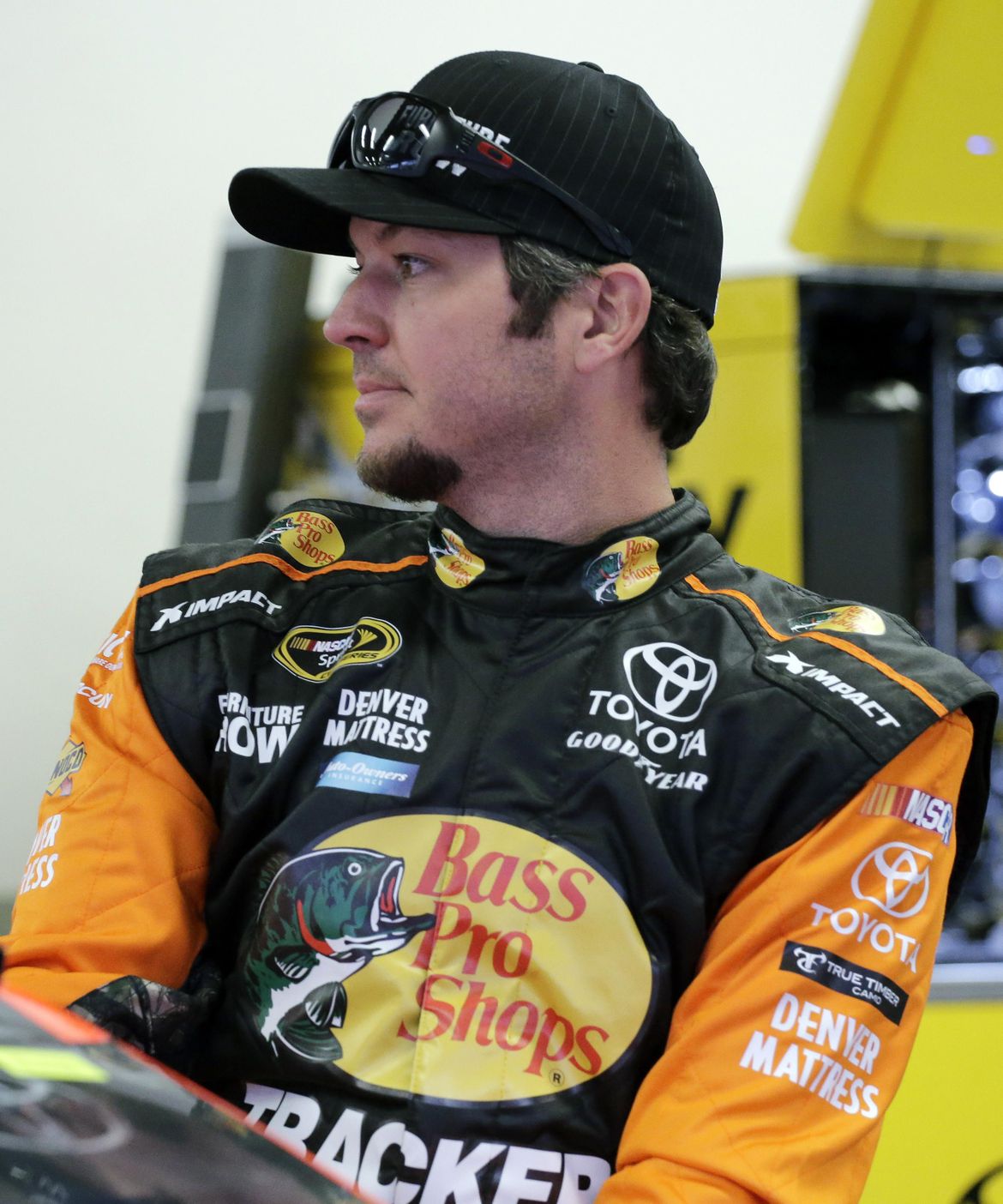 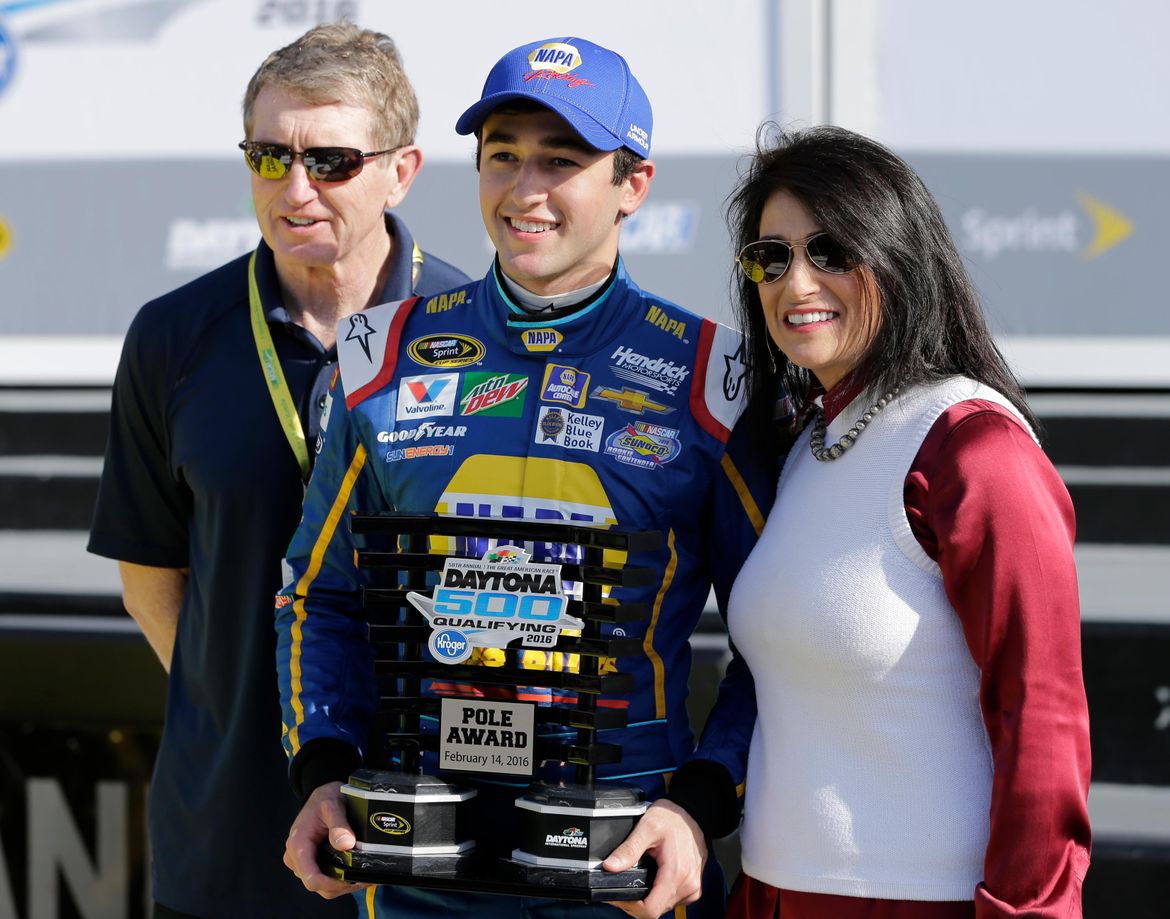 Chase Elliott was too young to really remember celebrating in victory lane with his father, dressed in a shirt that matched Bill Elliott’s firesuit and a little finger pointed toward … 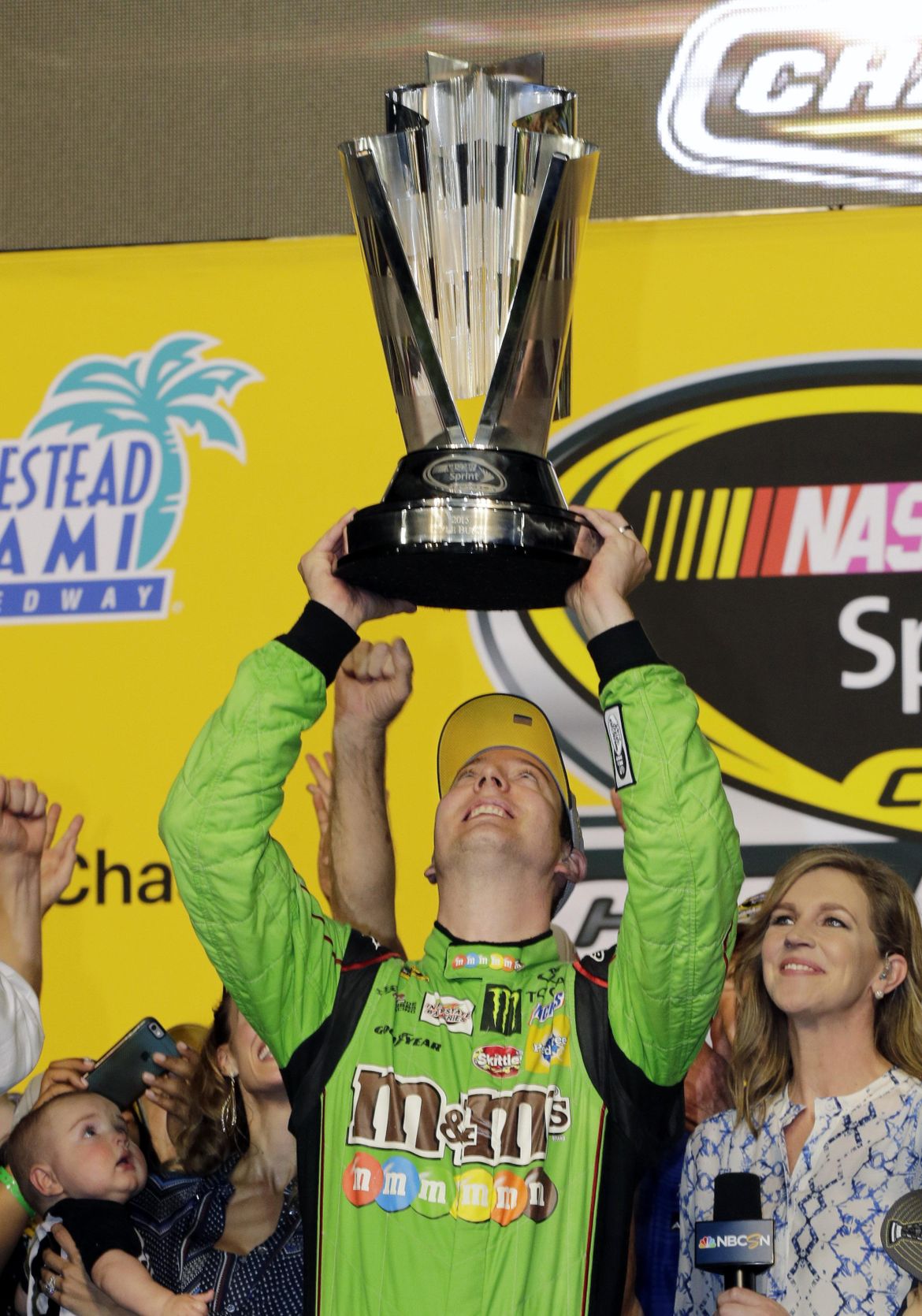 There was a time early in Kyle Busch’s career that his talent could not save his job.

Jeff Gordon climbed out of his race car and stepped into the waiting arms of team owner Rick Hendrick.

Kyle Busch watched the season opener from a hospital bed, his pregnant wife and his dogs by his side.

In the pits: Rain-shortened race was quintessential NASCAR

In this topsy-turvy second season of NASCAR’s new championship format, it was only fitting that the race to set the final four ended in an empty, unsatisfying way.

Kevin Harvick, Kyle Busch and Martin Truex Jr. advanced to the Chase for the Sprint Cup championship finale after surviving a long Sunday that ended with a rain-shortened race at …

FORT WORTH, Texas – Brad Keselowski was dominating at Texas, leading lap after lap and getting oh so close to a victory that would have given him one of the … 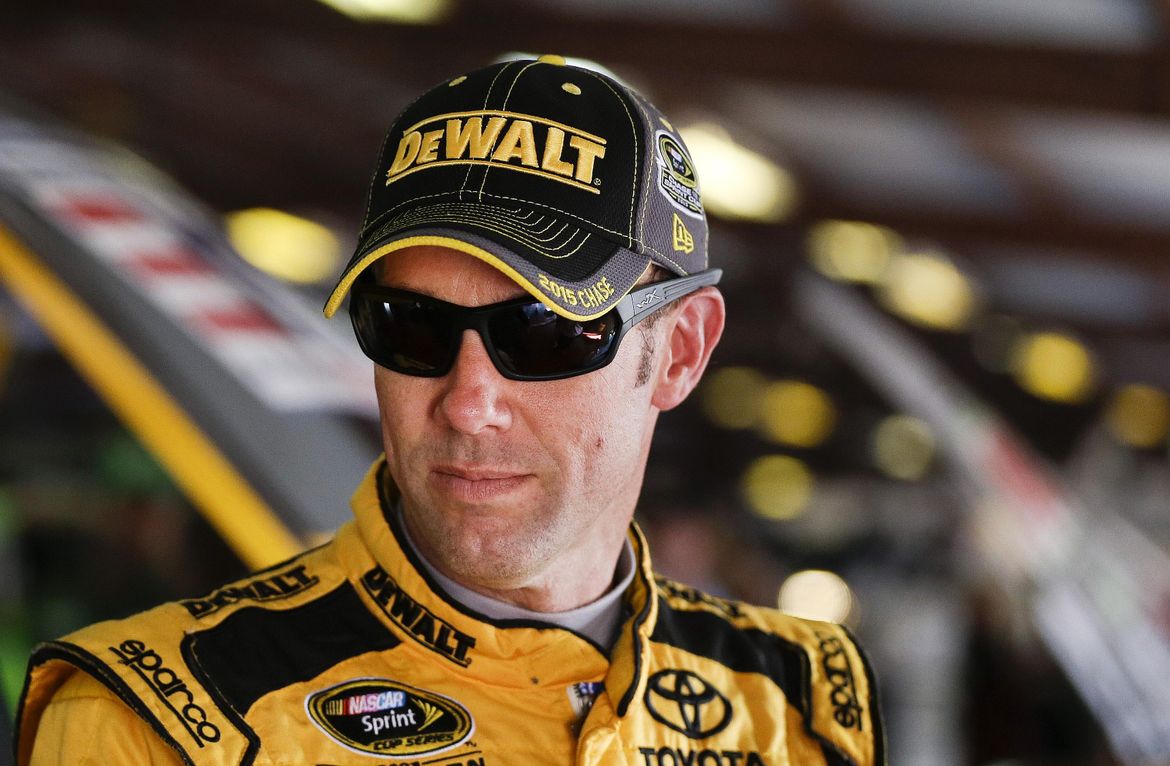 CHARLOTTE, N.C. – Looking to squash any notion that the drivers are running amok on the track, NASCAR suspended Matt Kenseth for two races Tuesday for intentionally wrecking Joey Logano …

Harvick: “I don’t need to defend myself” after Talladega 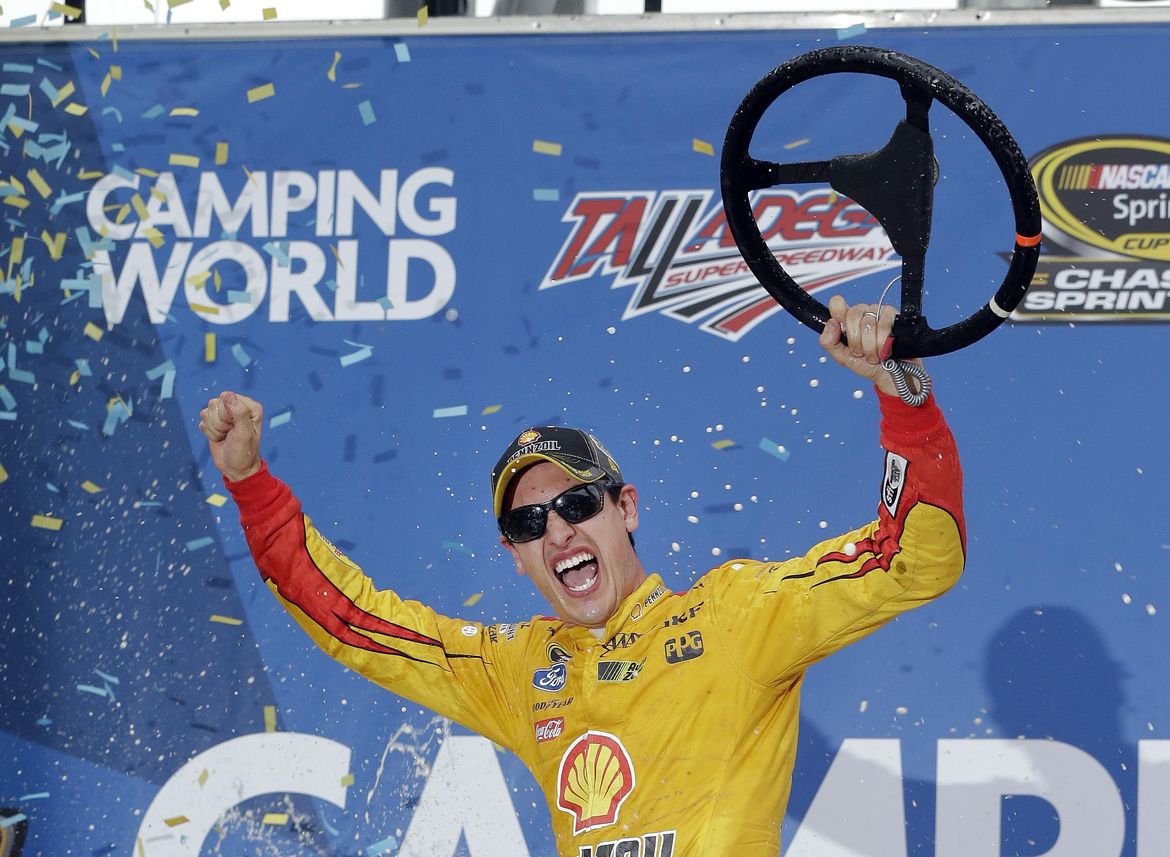 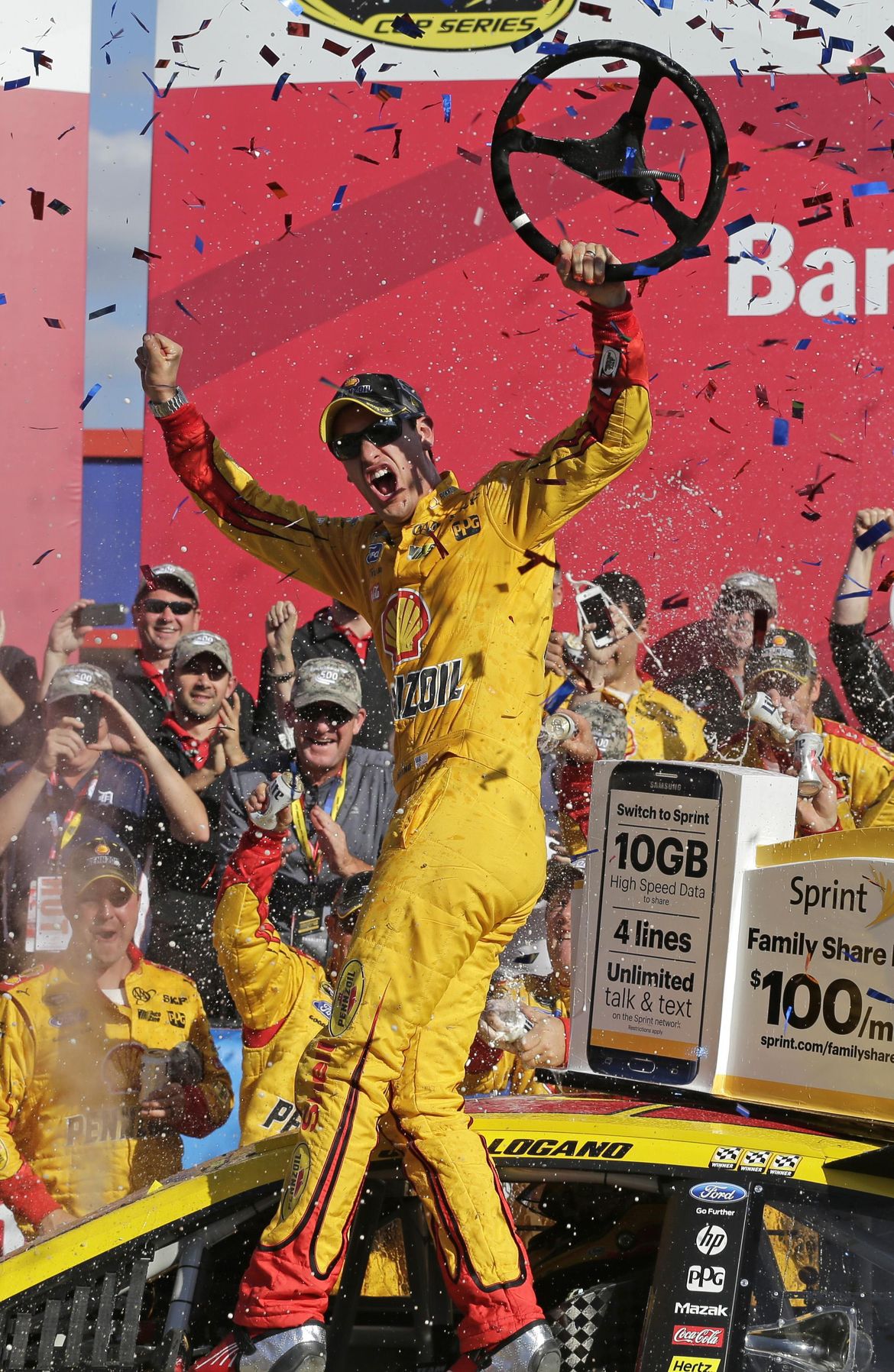 Logano races into 3rd round of playoffs with Charlotte win

Joey Logano has been to victory lane four times this season, and all four trips required him to beat reigning Sprint Cup champion Kevin Harvick. 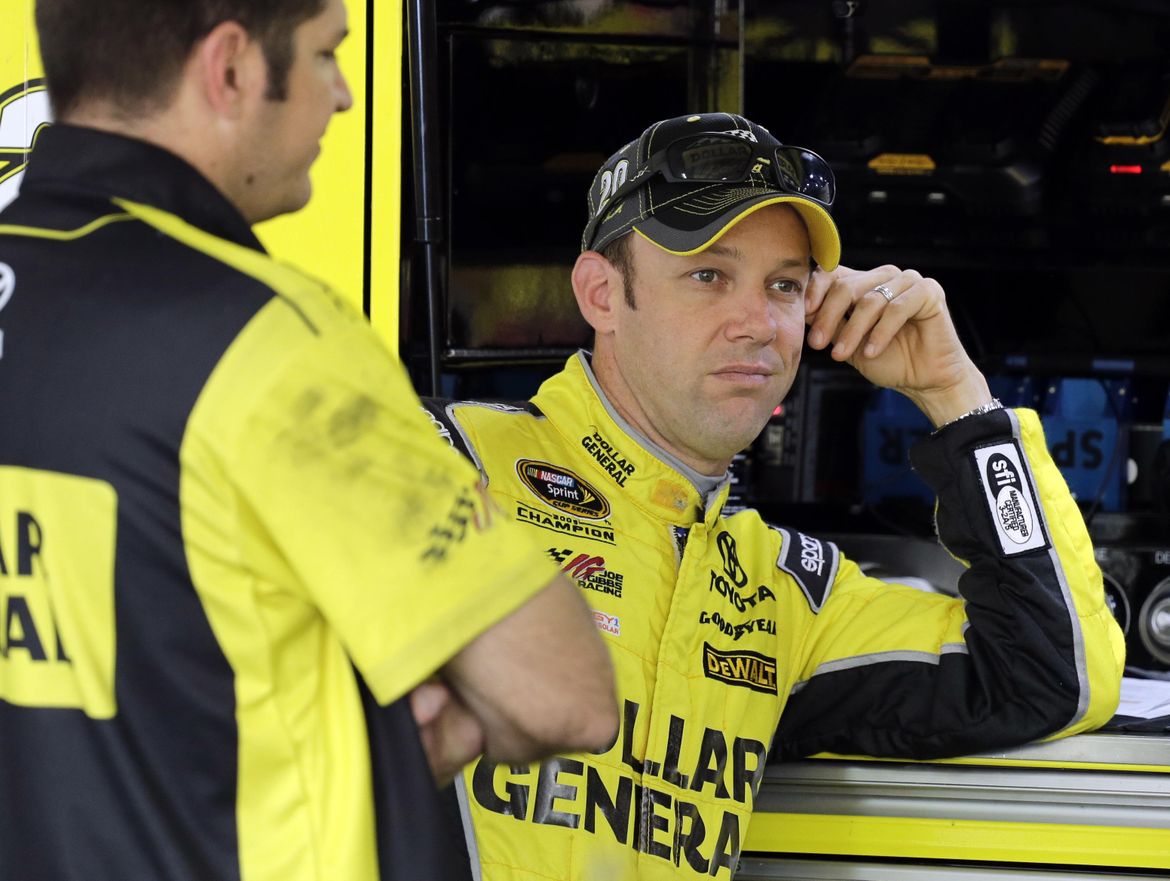 Harvick takes race he had to win

Kevin Harvick dominated a race he had to win to advance to the second round of NASCAR’s playoffs, while six-time champion Jimmie Johnson was eliminated from the field. Harvick led …

There was no final straw, no outside influence, no personal trauma that led Tony Stewart to set an expiration date on his NASCAR career. Instead, the three-time NASCAR champion simply … 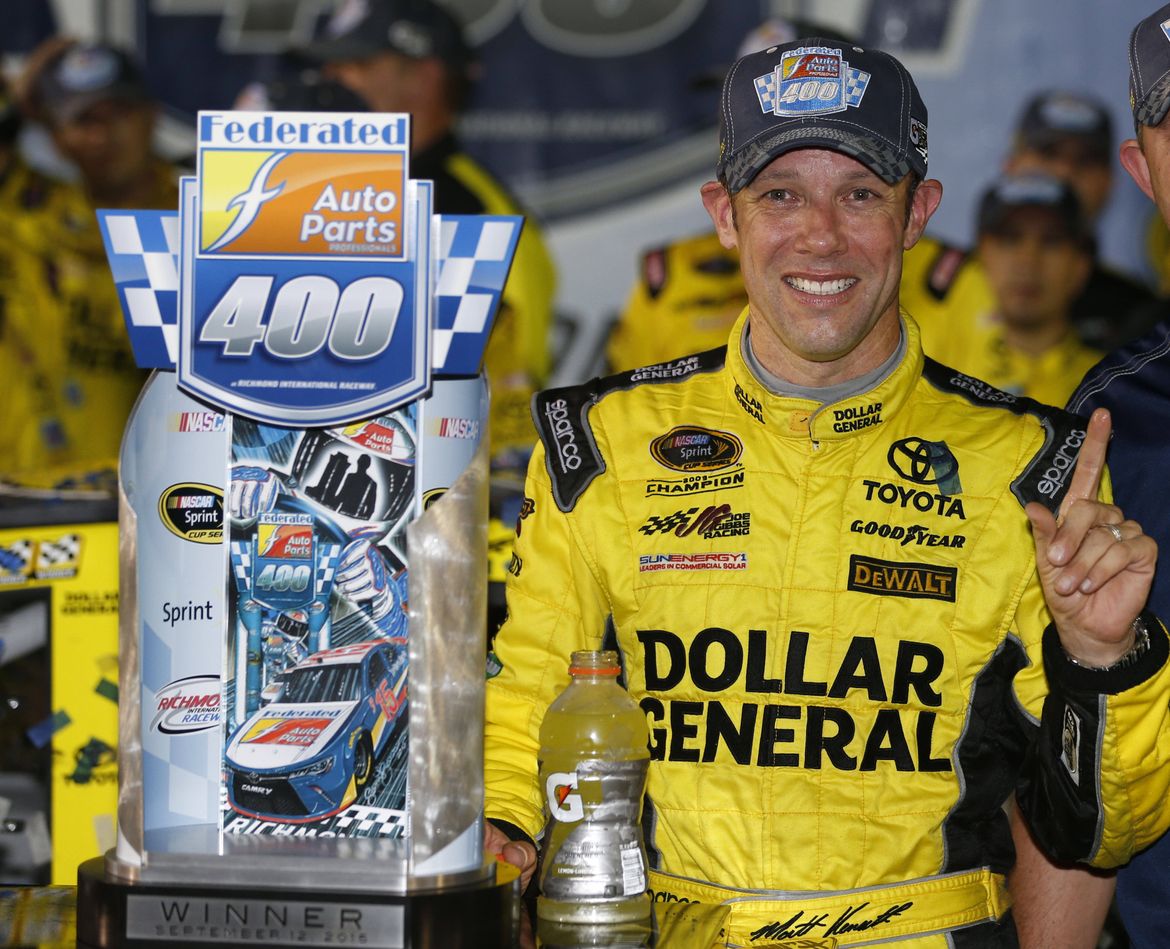 RICHMOND, Va. – Joe Gibbs Racing cemented itself as the team to beat for NASCAR’s championships with a dominating run Saturday night that ended in Matt Kenseth’s fourth win of … 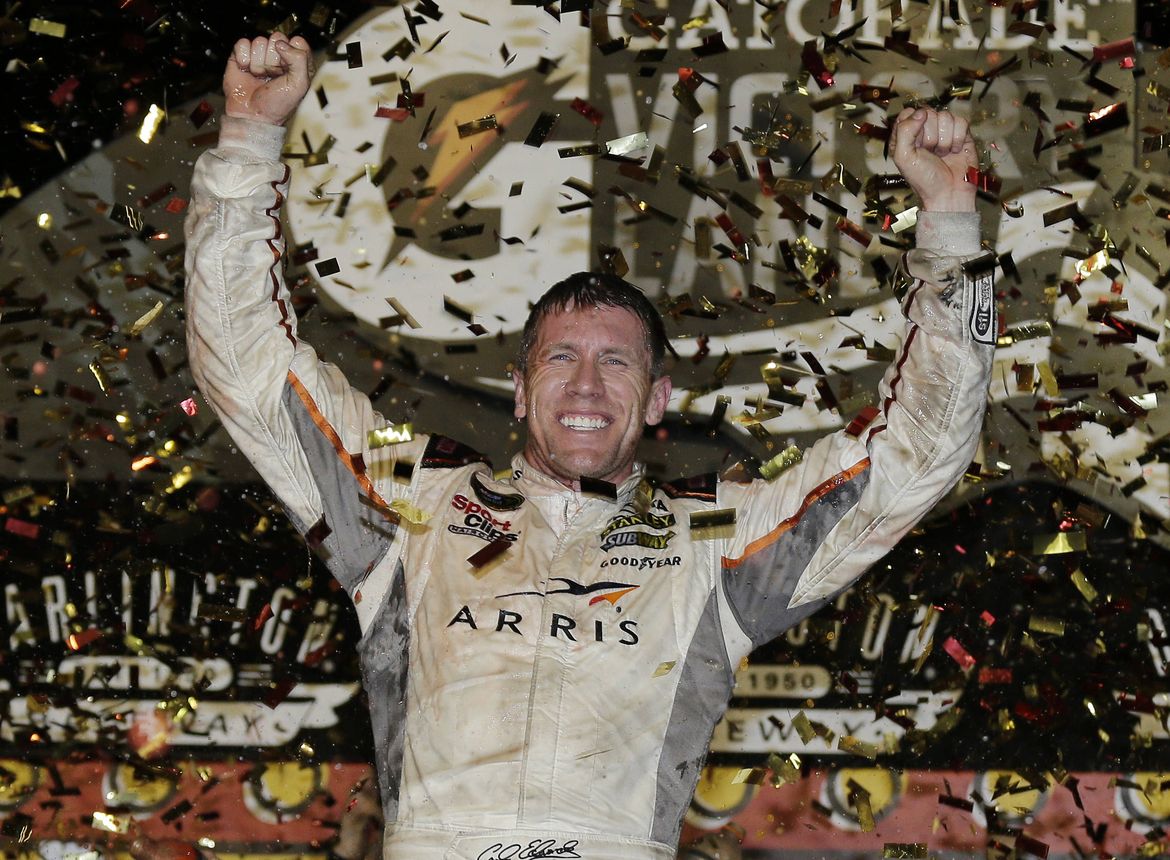 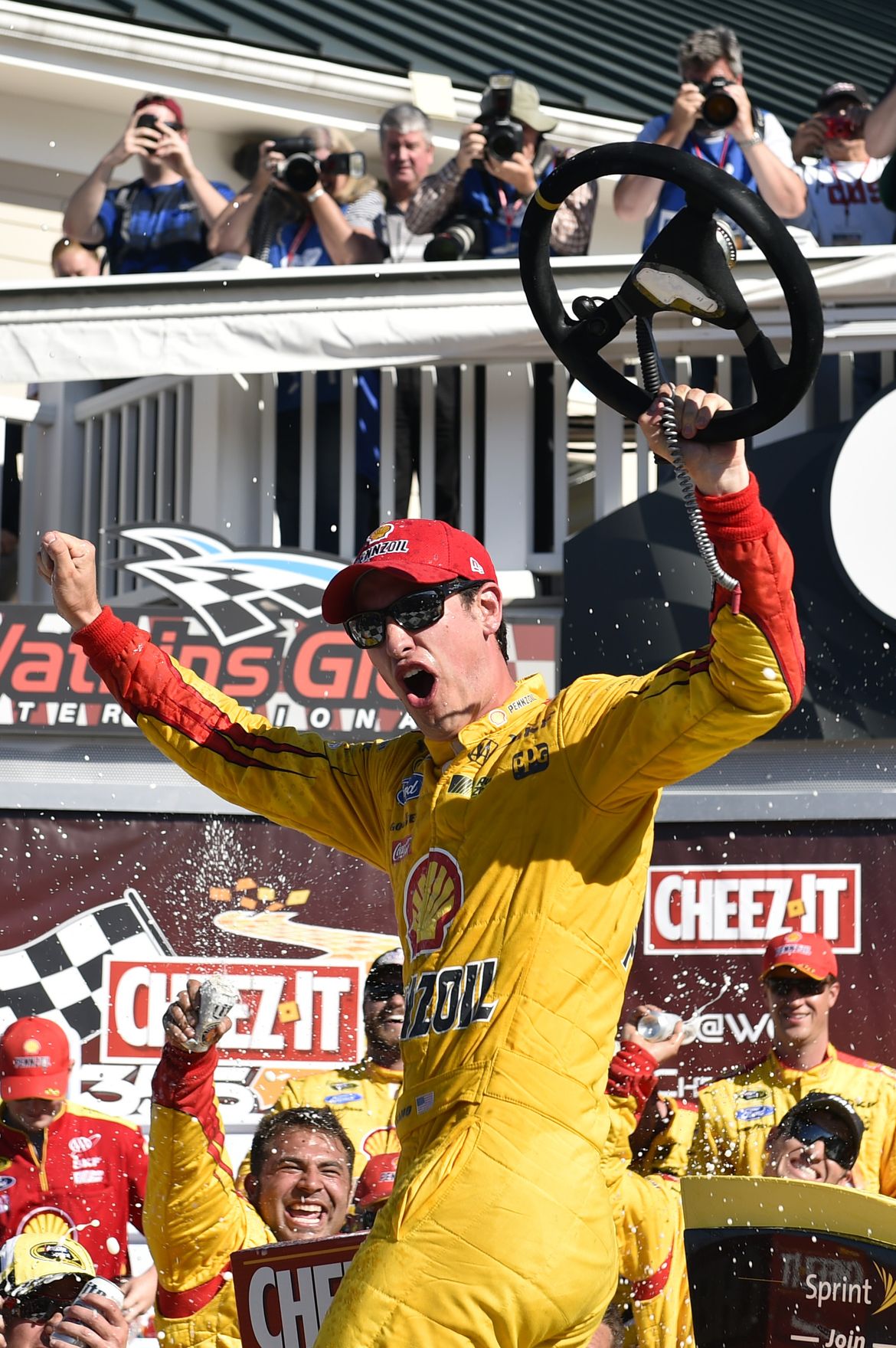 Logano’s fuel holds out this time for Watkins Glen win

WATKINS GLEN, N.Y. – Joey Logano kept his foot on the gas pedal a little bit longer than usual after taking the checkered flag at Watkins Glen International, a huge … 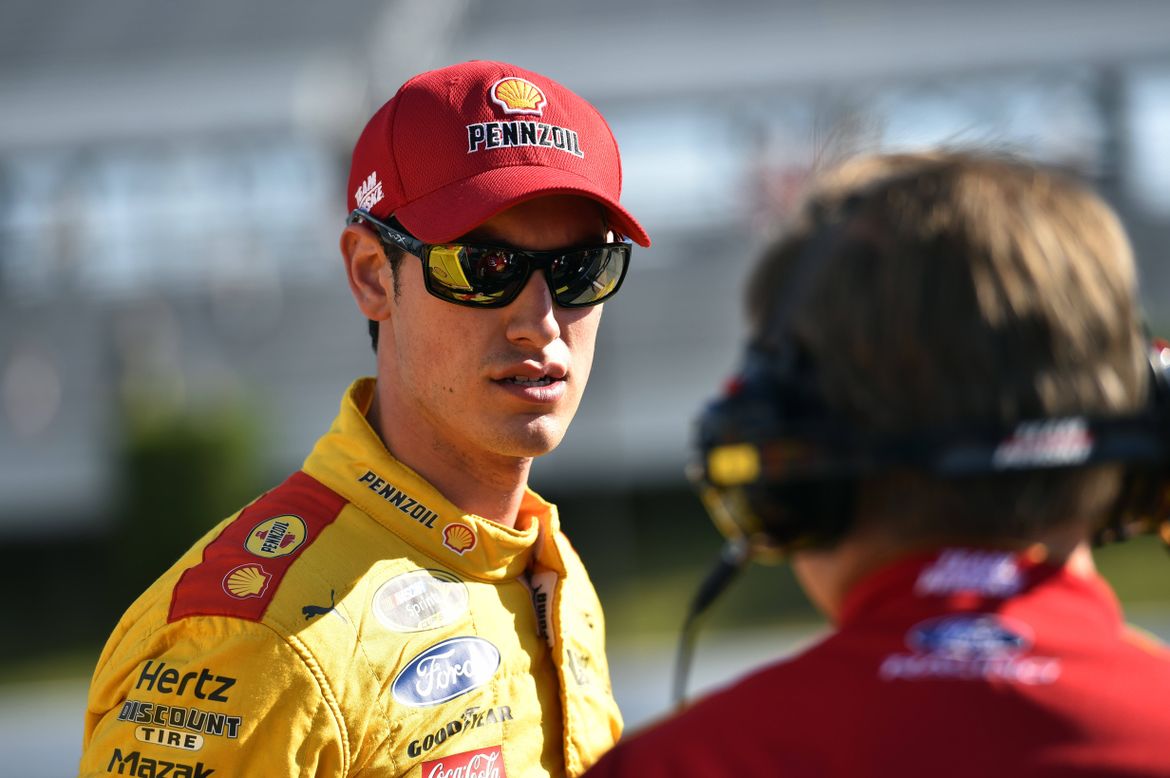 Road-course victory a first for Logano 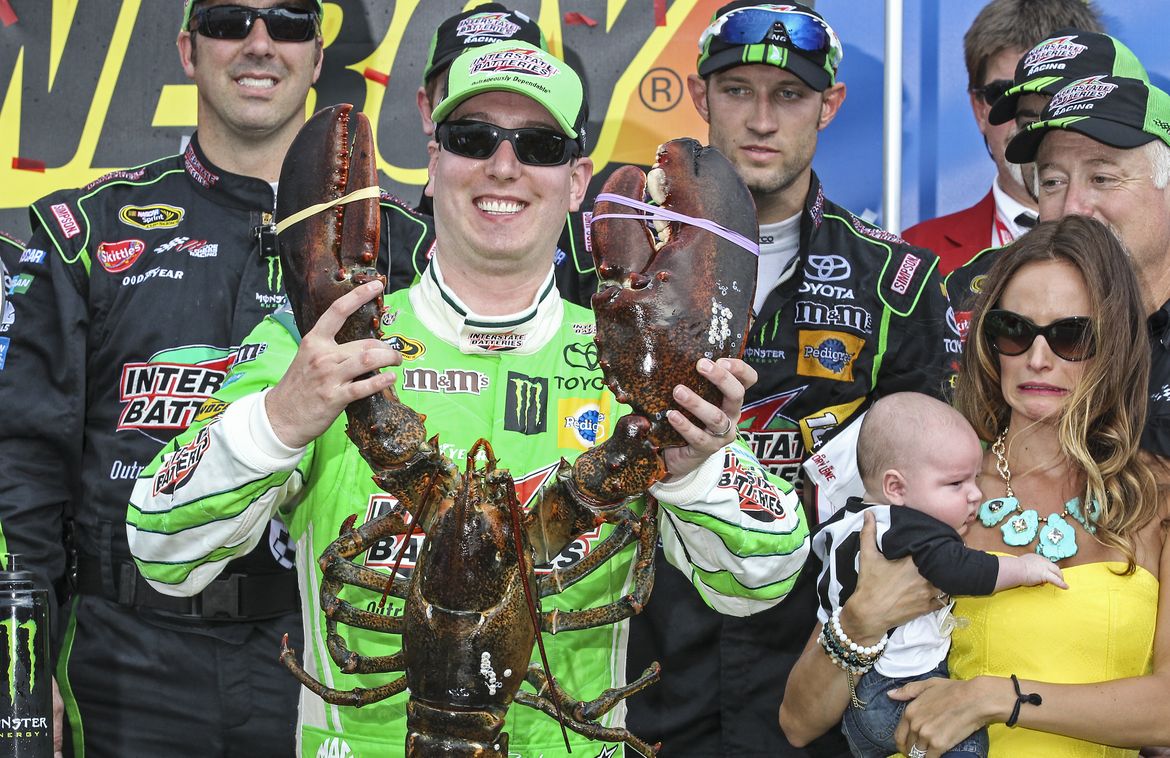 LOUDON, N.H. – Stuck in a hospital, Kyle Busch could only think about a comeback, not championship contention. Could Busch imagine, days after a horrific crash, he would become a …