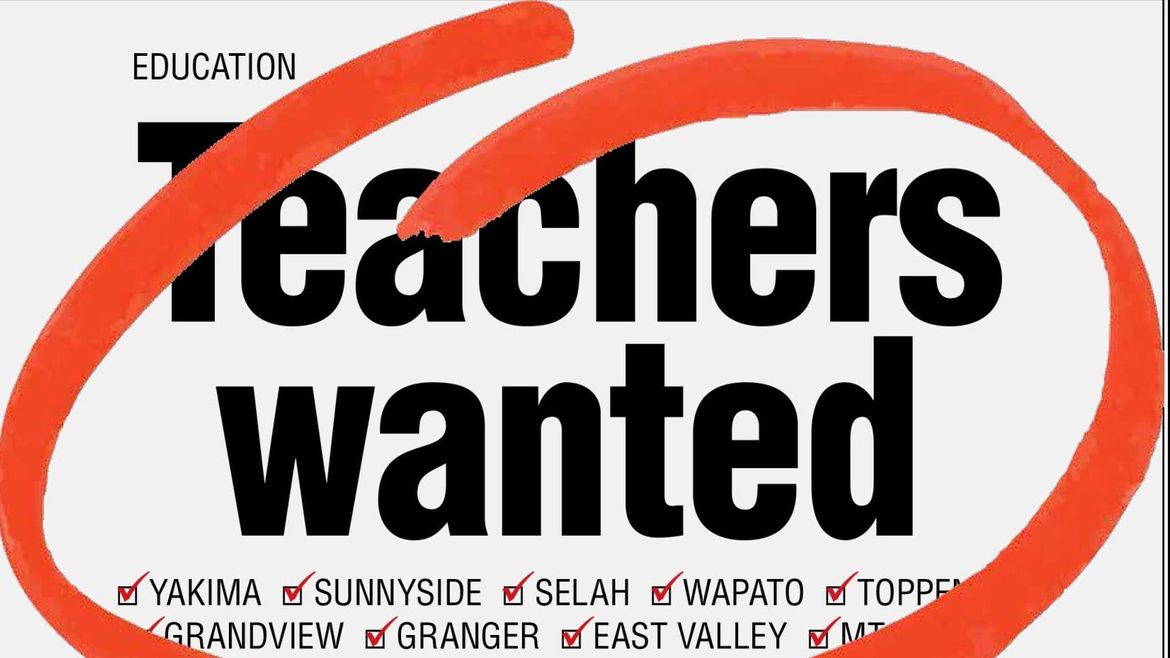 A Yakima Herald-Republic analysis of current online job postings found that there are at least 65 open teaching positions in the Yakima Valley. 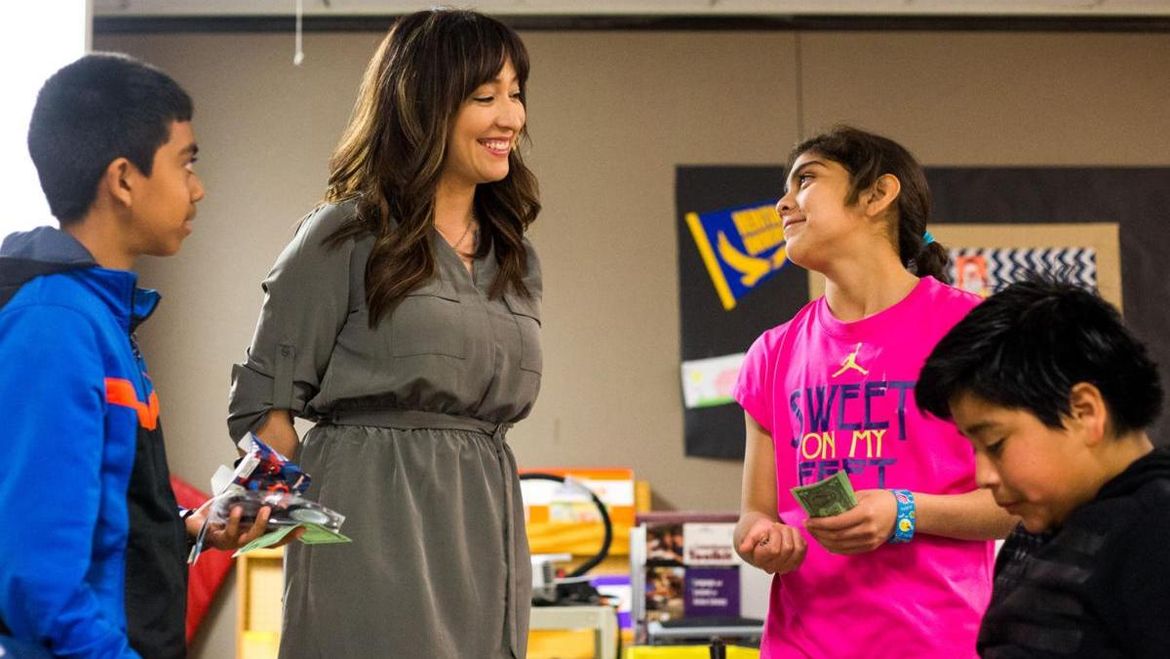 Special-needs teachers in high demand in the Yakima Valley

Educators say the Yakima Valley isn’t immune to a growing statewide problem: It’s hard to hire, and even harder to retain, teachers who work with special-needs students. 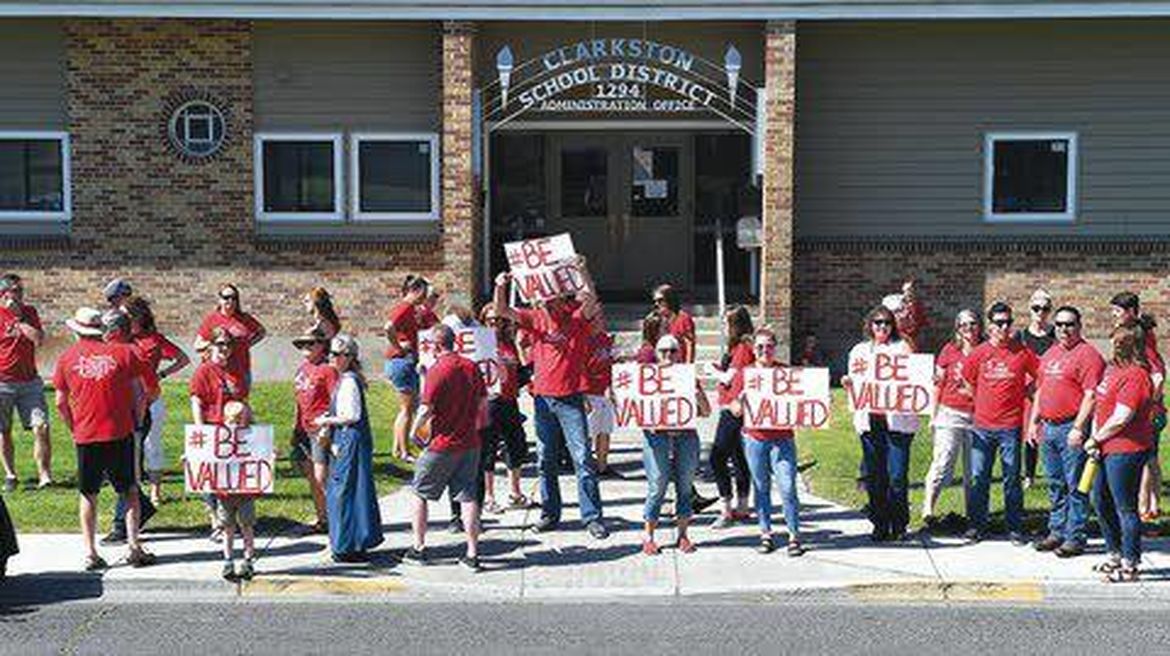 A sea of red shirts formed Tuesday afternoon outside the Clarkston School District Office as the first of what could be many rounds of contract negotiations began.

Last week was Teacher Appreciation Week, and I intended to write on the subject, but a more newsy topic intervened. That’s an apt metaphor for what is happening to the … 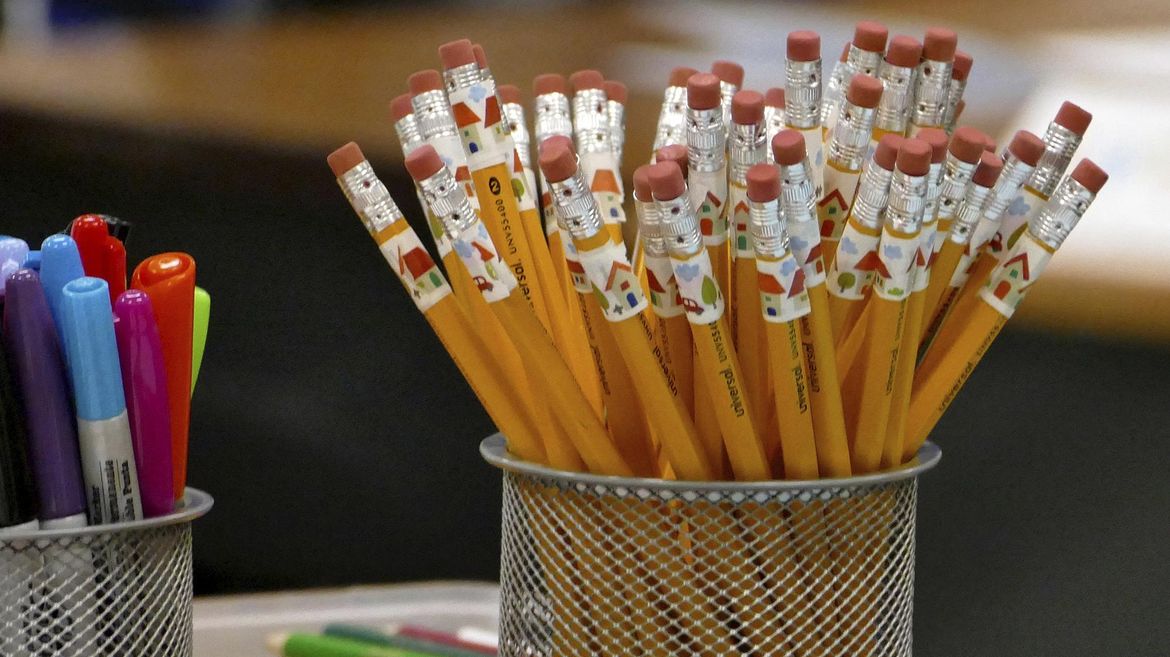 Nearly all public school teachers report digging into their pockets to pay for school supplies, spending nearly $480 a year, far more than the federal $250 tax deduction available to … 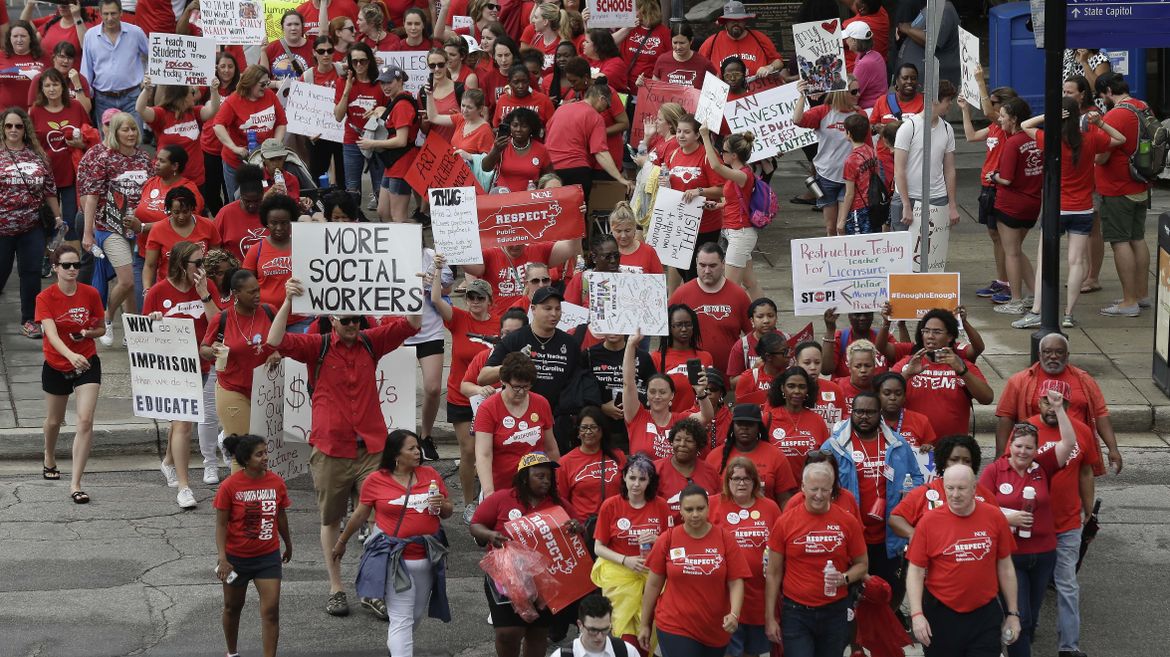 Teachers demanding better pay and more resources filled the streets of North Carolina’s capital city Wednesday with loud chants and the color red, continuing the trend of educators around the … 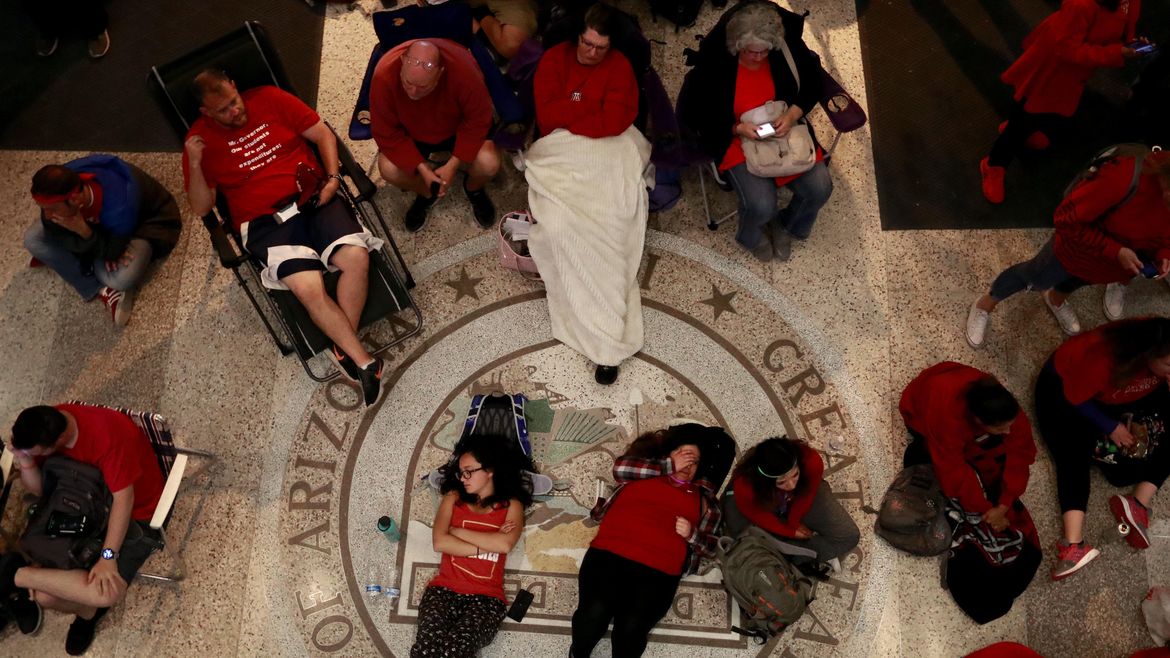 The Arizona governor signed a plan Thursday to give striking teachers a 20 percent pay raise, ending their six-day walkout after a dramatic all-night legislative session and sending more than … 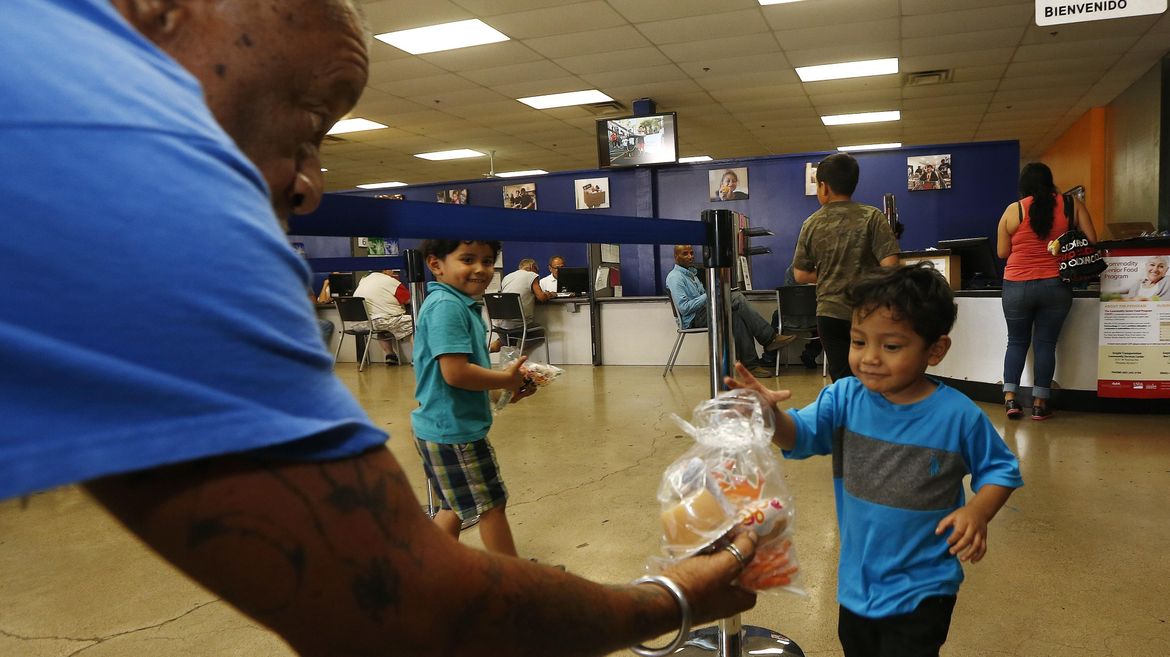 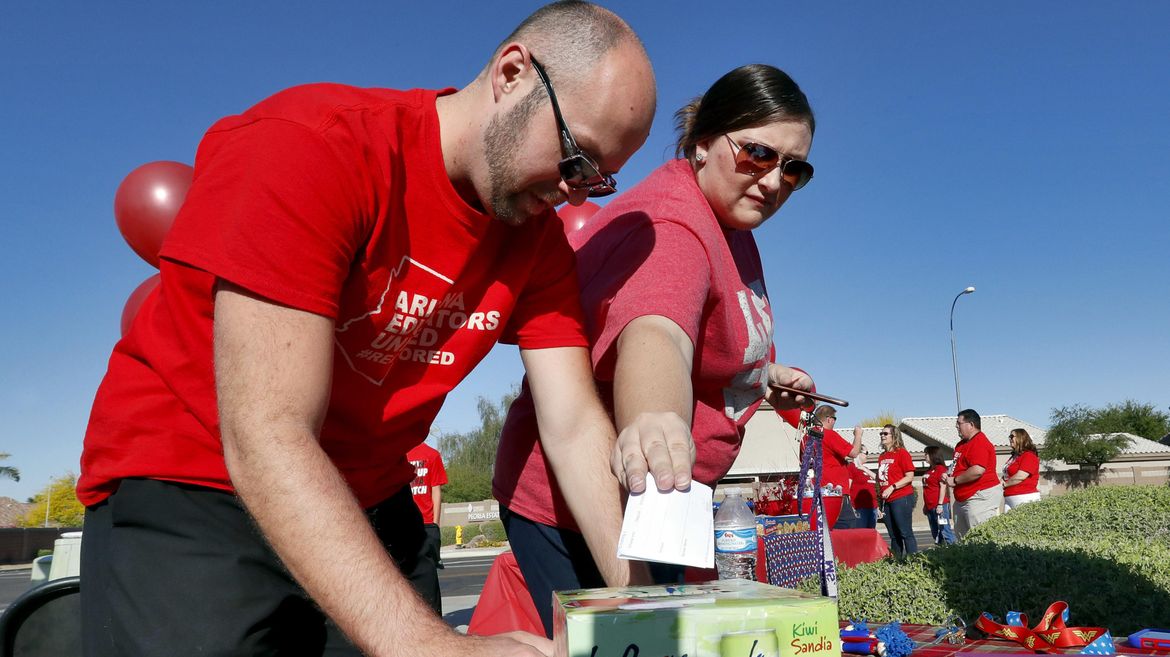 Arizona teachers have voted to walk off the job to demand increased school funding, marking a key step toward a first-ever statewide strike that builds on a movement for higher …

Thousands of Kentucky teachers filled the streets near the state Capitol in Frankfort on a cold, overcast Monday to rally for education funding. 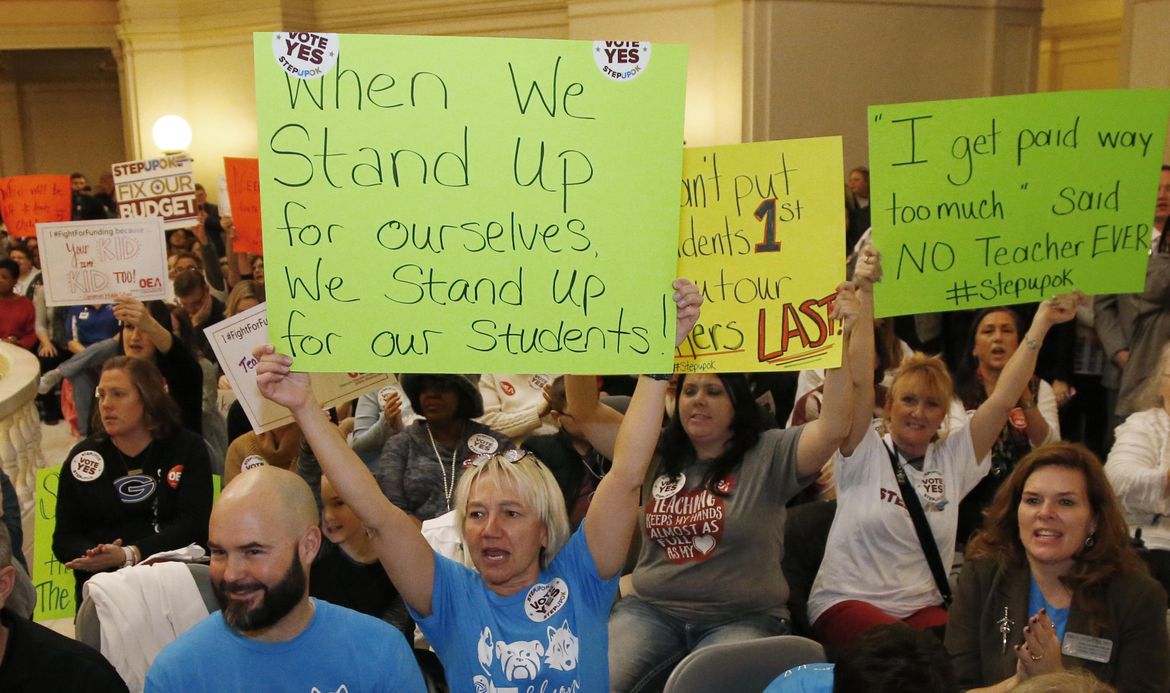 Oklahoma teachers who just got raises rally for more funding

Thousands of Oklahoma teachers are expected to descend on the state Capitol Monday to demand lawmakers approve more education funding just days after the Legislature did just that. 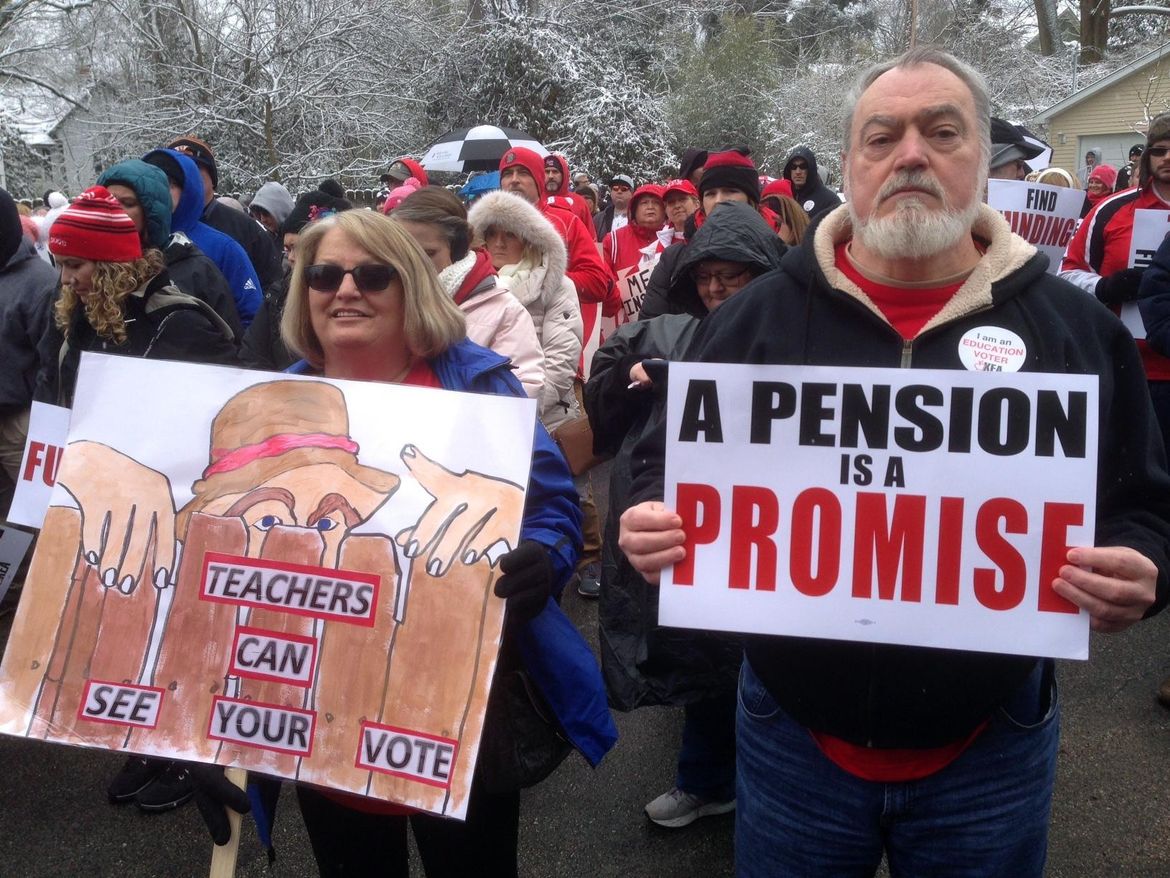 Hundreds of Kentucky teachers flexed their political muscle with a rally Wednesday outside the state Capitol, seeking to bury a proposed pension overhaul and win more state education funding from … 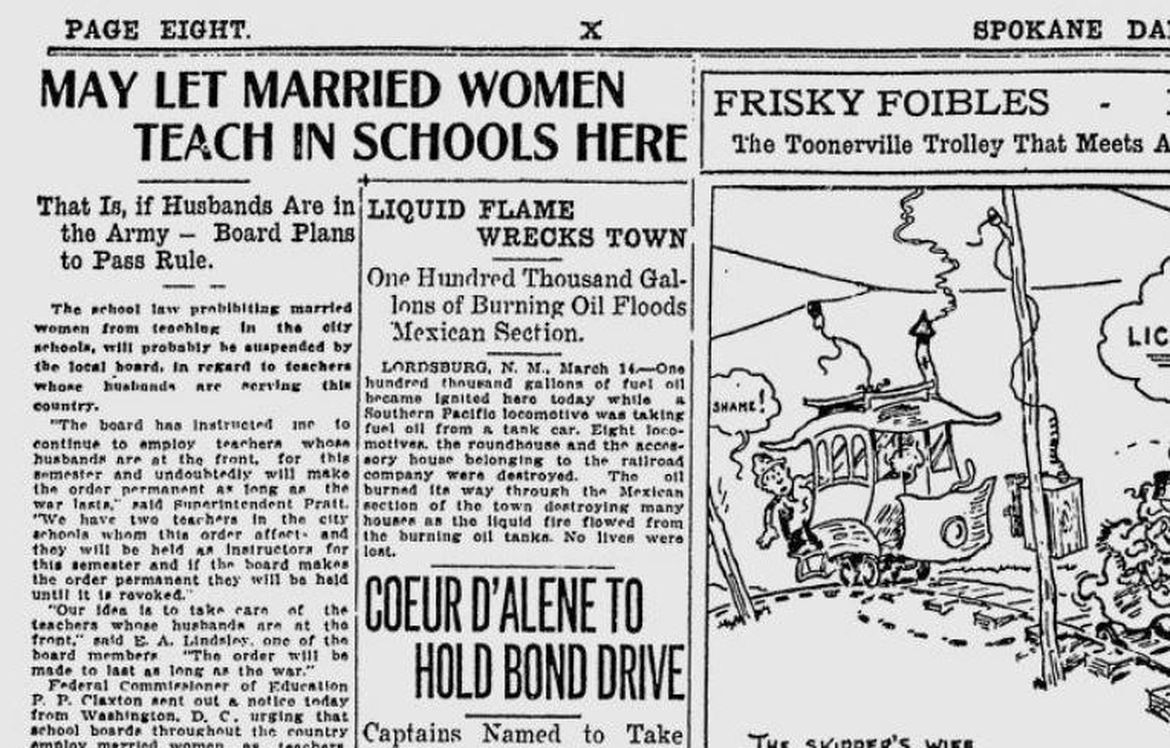 100 years ago in Spokane: School board debates allowing married women to be teachers

The Spokane School Board was considering a shocking idea –allowing married women to be schoolteachers. The district, like many others in 1918, had a rule prohibiting married women from teaching. 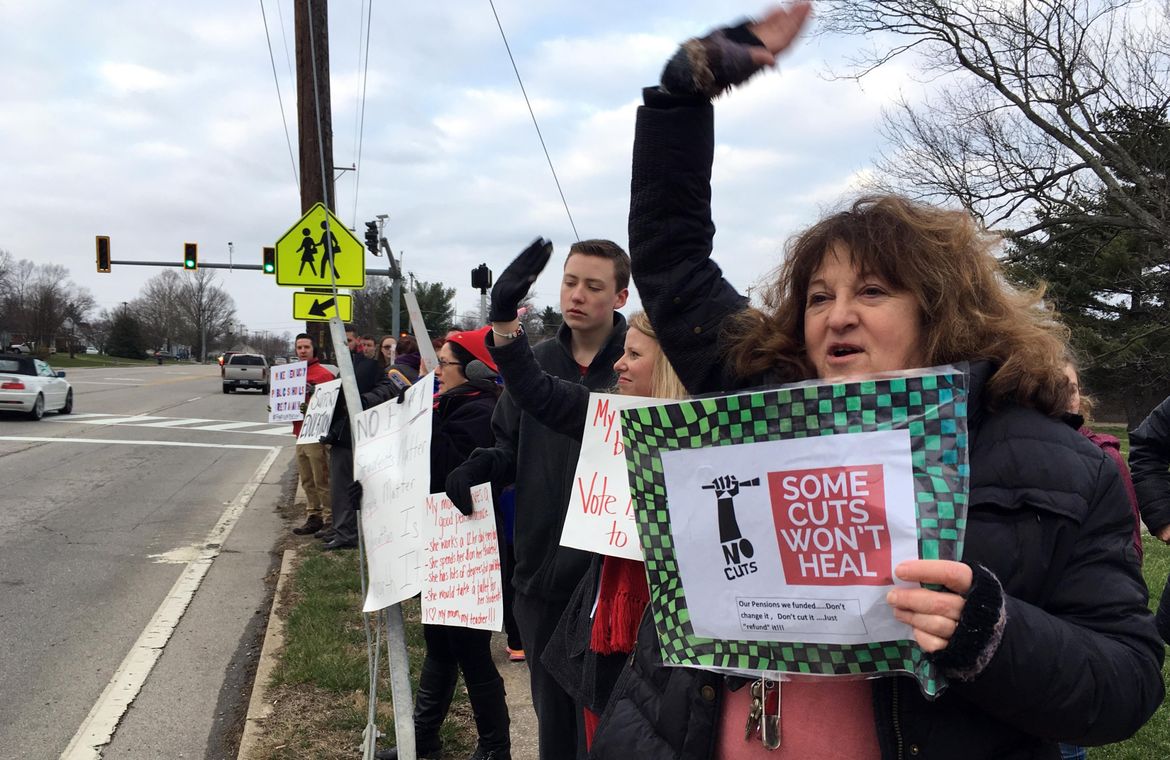 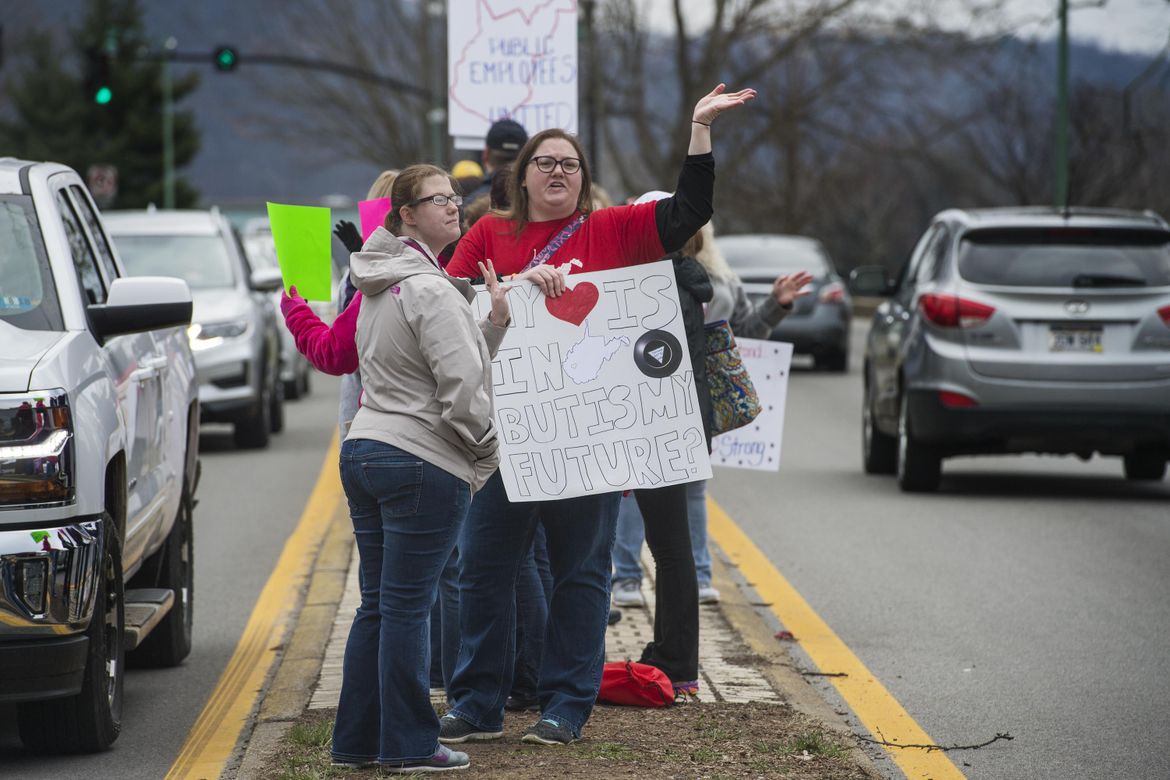 Striking teachers in West Virginia are to return to the classroom on Thursday, Gov. Jim Justice said in announcing he is offering teachers and school service personnel a revised 5 …

Spokane Public Schools has announced 51 teachers have achieved the 2017 National Board Certification.

Report: Teacher shortage worse in Idaho than other states

A recent report says about a third of all teachers who are certified in Idaho each year don’t go on to get teaching jobs in the state, and many of …

State regulators have disciplined 28 teachers over the past school year for ethical misconduct ranging from inappropriate conduct with a student to substance abuse.

A number of rural Idaho school districts are struggling to lure licensed teachers to classrooms, causing the districts to hire more unlicensed educators.

Editorial: Our turn to face tragedy, pull together

Now it’s our community that will never be the same; our students, parents, teachers, doctors, nurses and first responders who will never forget.

Richland teachers and administrators have settled on a one-year contract. 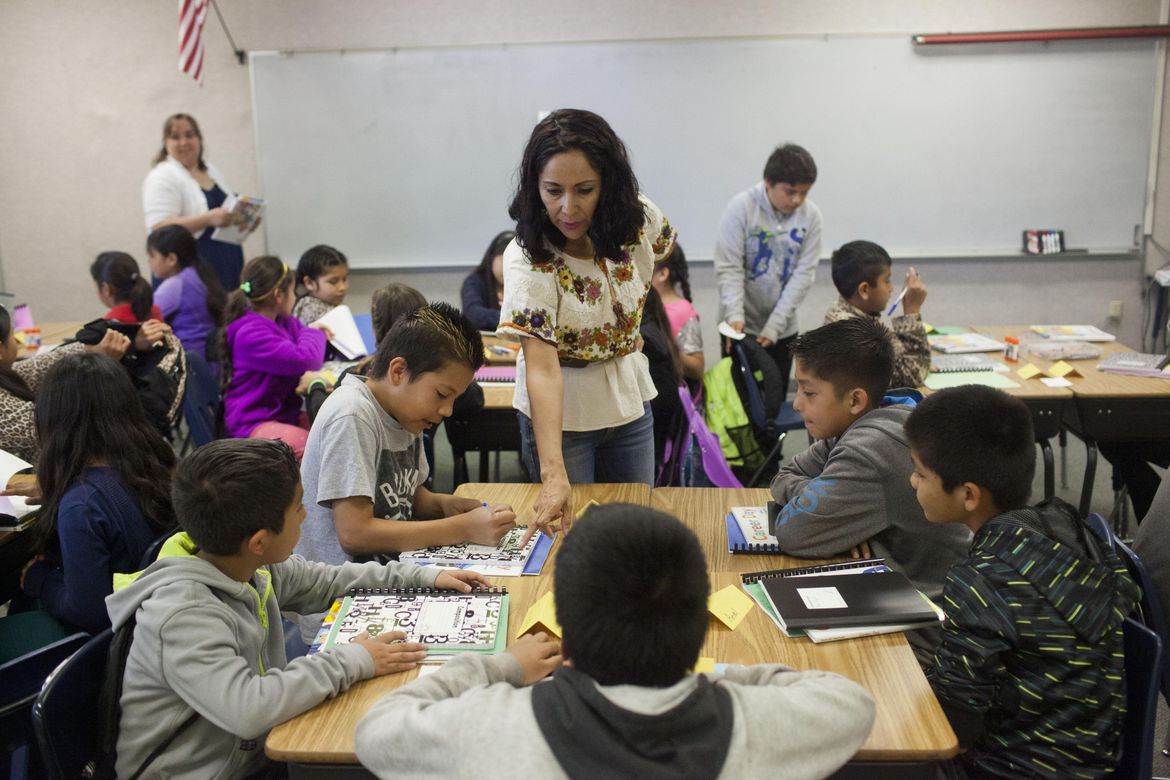 Desperate for candidates, many south-central Idaho school districts are recruiting more aggressively. And the struggle is more pronounced in rural towns, which have to compete with larger school districts on …

Richland near the head of the class for teachers, says website

Richland is one of the best cities for teachers to move to based on their salary and what it costs to live there, according to a consumer financial website.

Looking Back reviews opinions published in The Spokesman-Review during this week in history. Ain’t a big surprise – May 31, 1993

Looking Back reviews opinions published in The Spokesman-Review during this week in history. Teacher qualifications, May 28, 1924

Virginia’s largest school system is far more likely to hire a white teacher applicant than an African-American, according to a study by professors at George Mason University.

The SAM and the staff mix work to provide each district with enough funding to cover the base salary of a teacher, regardless of the experience or education level of … 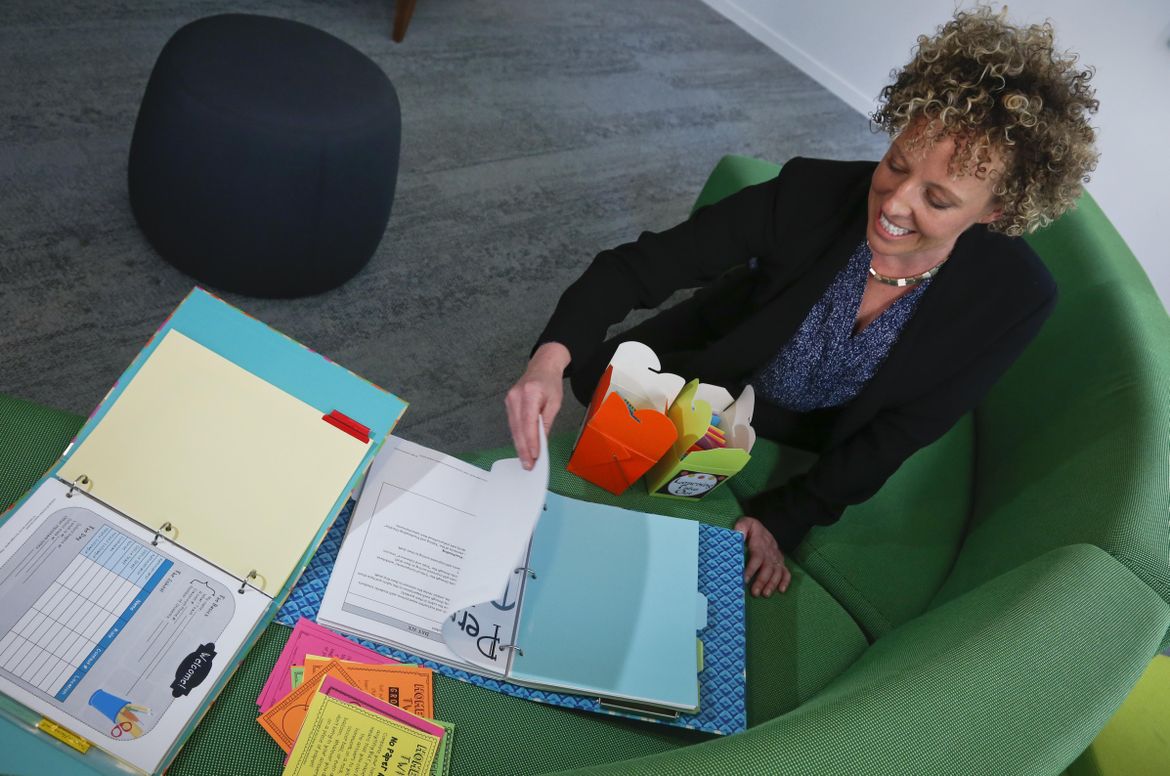 Million-dollar teachers: Cashing in by selling their lessons

Miss Kindergarten is in the million-dollar club. So are Lovin Lit, the Moffatt Girls and about a dozen other teacher-entrepreneurs who are spinning reading, math, science and social studies into … 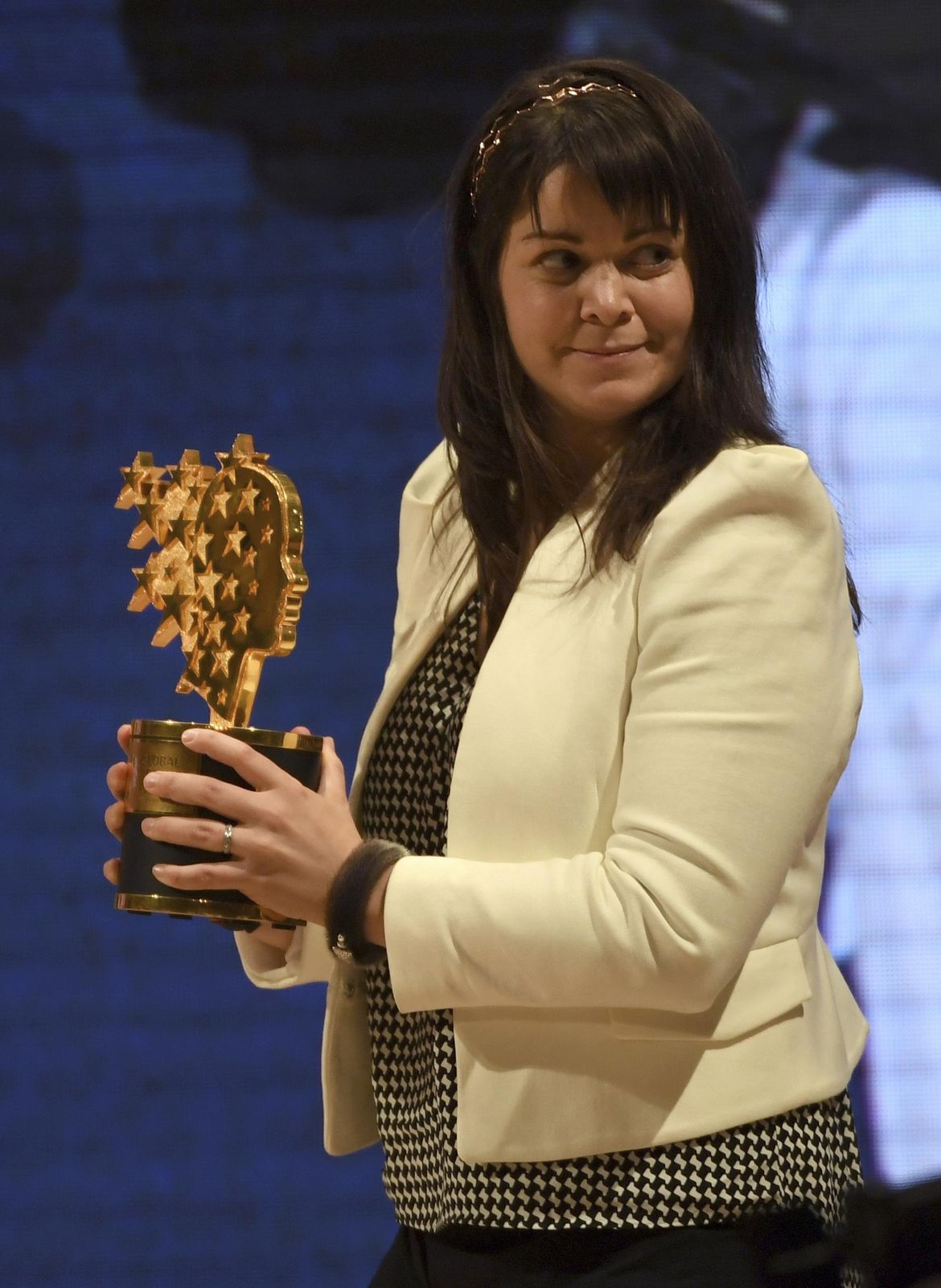