Base salary for the most-senior teachers in Spokane Public Schools will surpass $100,000 annually for the first time, according to a pay scale approved Wednesday night by the district board … 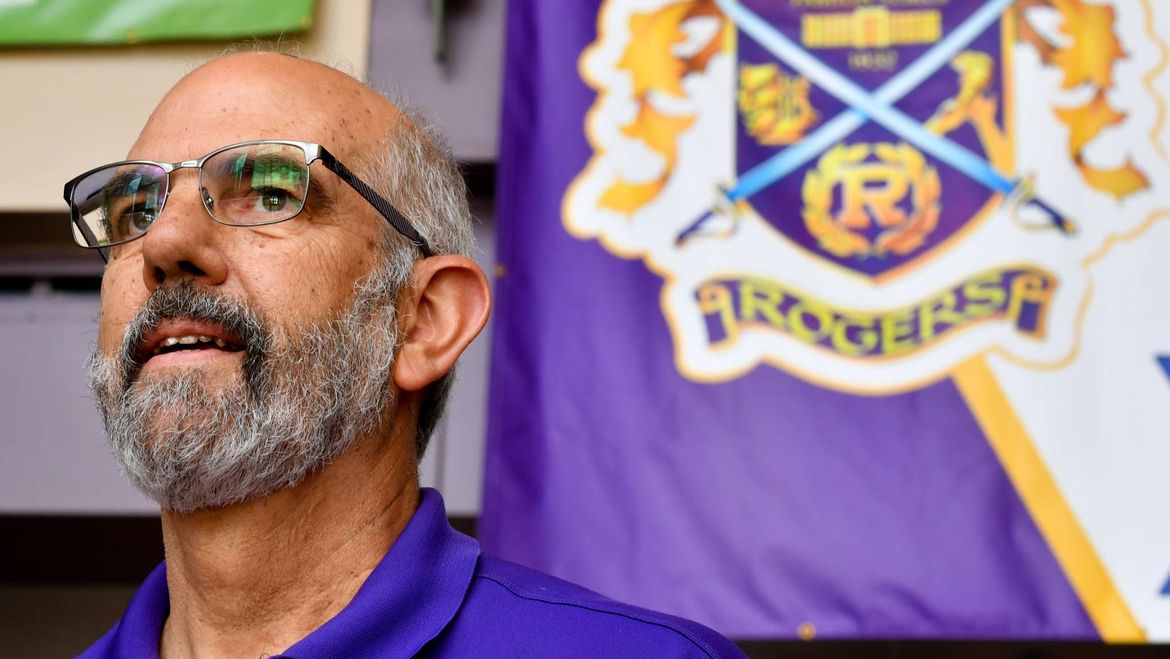 Spokane’s retiring teachers could have checked out after schools were closed due to the novel coronavirus. Instead, they found ways to connect with their students as they concluded decades-long careers. …

Nearly a third of her students at Rawson Elementary School in Hartford, Connecticut, have been unplugged from distance learning. On a Friday afternoon, as she visited some of their homes, … 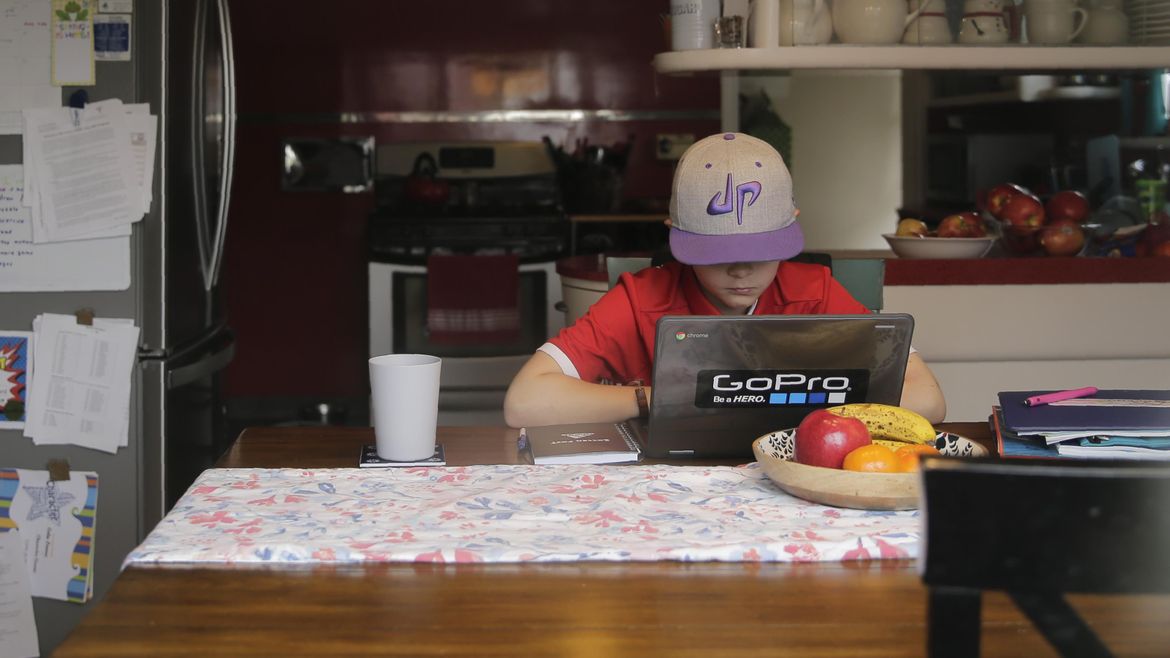 Teachers on TV: Classes hit the airwaves during pandemic

Educators in several states are broadcasting lessons over television airwaves to keep students engaged while schools are shut down for the coronavirus outbreak.

Leah Jones: Invest in our kids. They’re worth it

The Invest in Idaho citizen ballot initiative is about investing in our children and the future of our state. A generation of kids has already been left behind. We can’t … 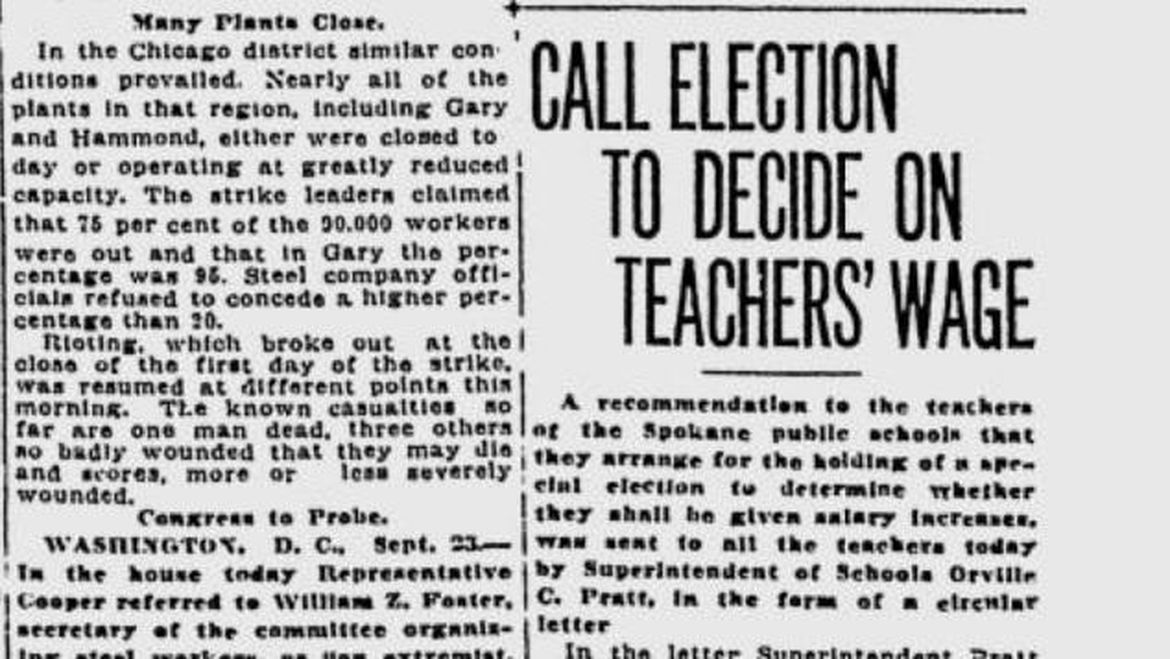 Orville C. Pratt called on teachers to make their case to the public that they deserved a raise, but only if they could prove that doing so would improve “the … 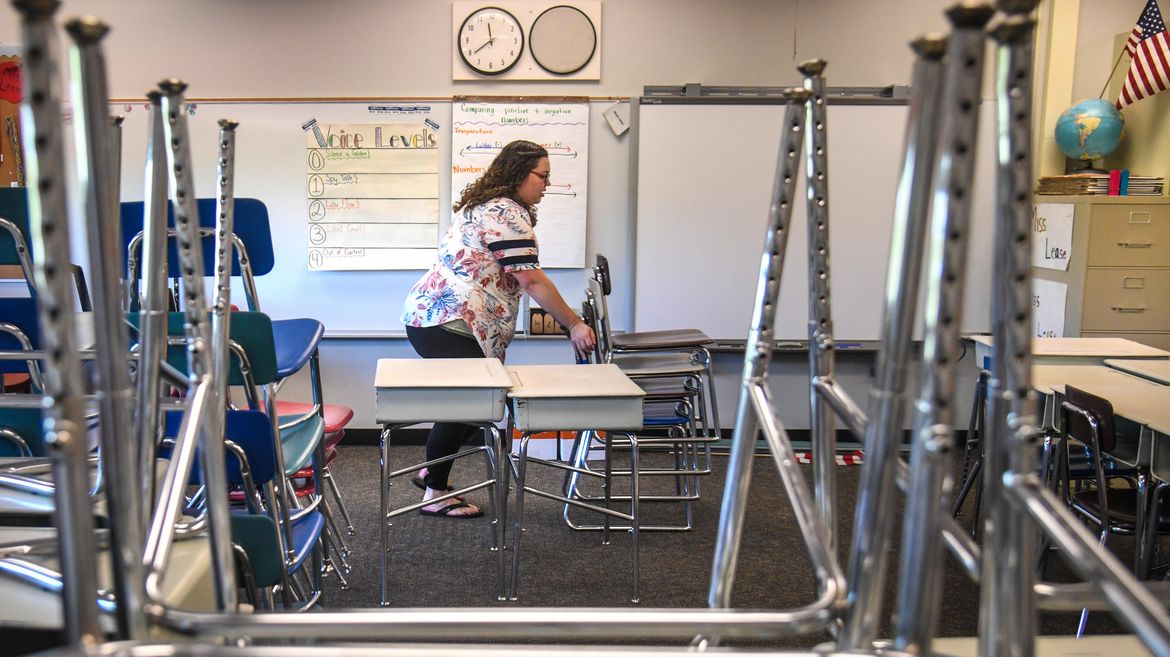 With classes scheduled to begin on Thursday, problem-solving is happening in every building in Spokane Public Schools. Teachers and administrators are forming new teams and finding new efficiencies, because there … 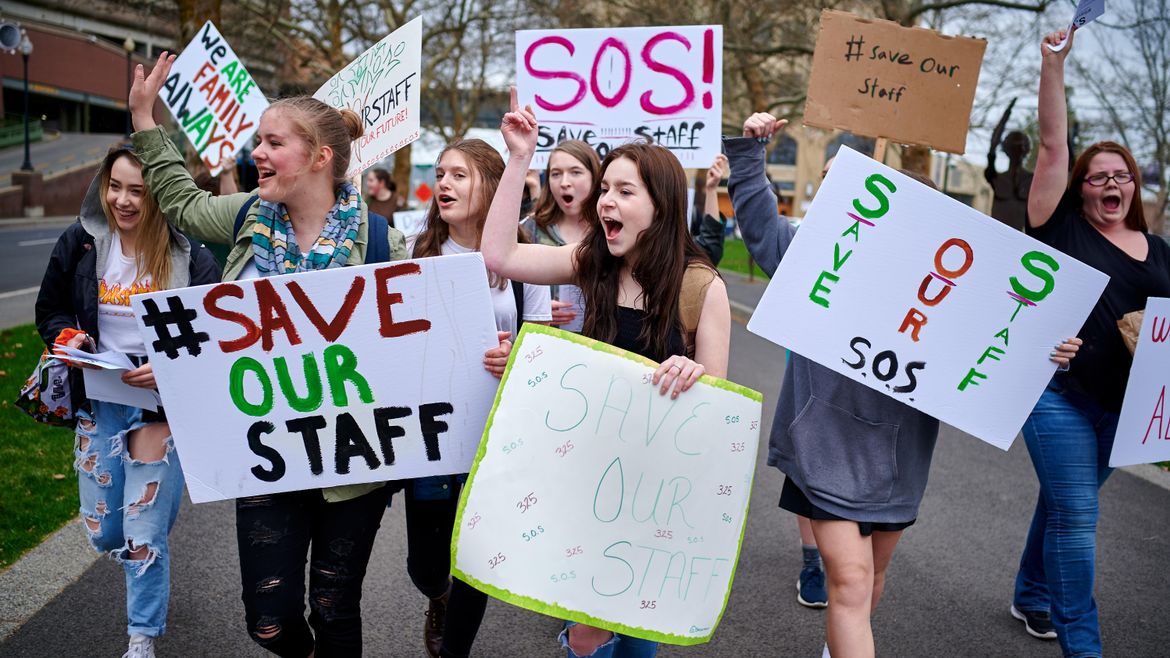 The school board will consider a $459 million budget Wednesday after layoff notices went to dozens of teachers and staff members this spring. Additional state money was dedicated to the … 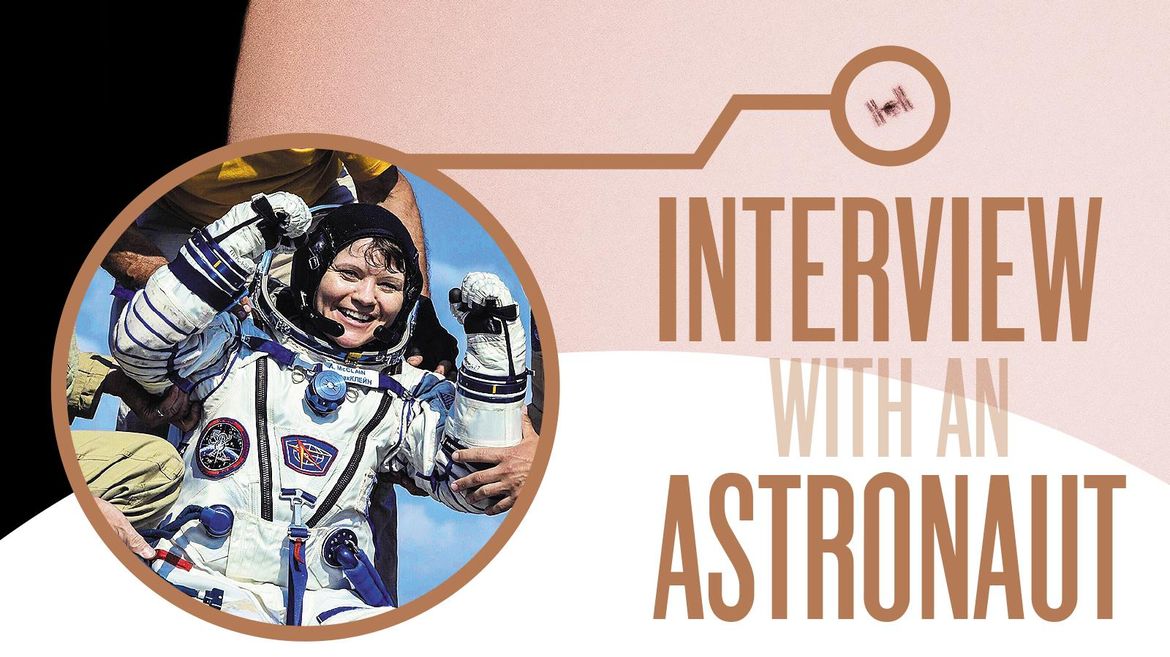 After 204 days in space, Spokane native Anne McClain returned to Earth on June 24, and she said the experience of actually living in space made her want to go …

As another academic year comes to a close, as schools mark the end of this season, celebrate graduations and promotions, and commence summer vacation, I remember all of my teachers. 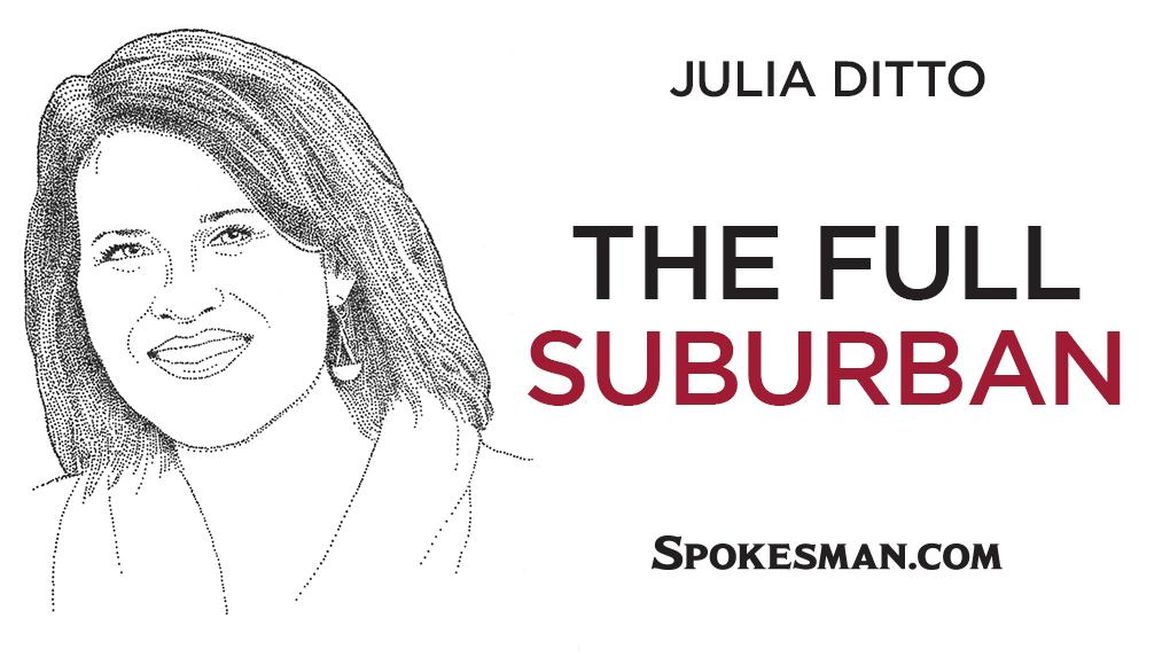 The Full Suburban: Teachers deserve medals for everything they do

Teachers deserve a Nobel prize. In everything. They are creative. They are compassionate. They are intelligent. And heaven help us all, they are patient. Sooooo patient. 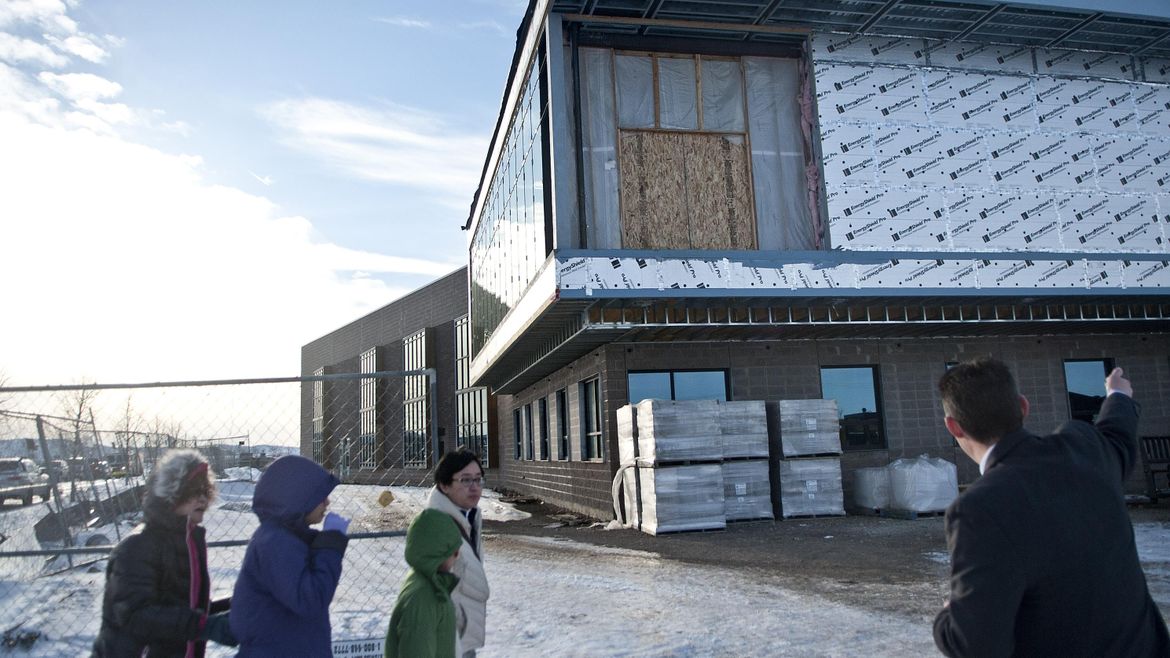 The Central Valley School Board unanimously approved $12.45 million in budget cuts Tuesday evening, which will result in the loss of about 60 teachers.

We should let states and localities see whether they can make schools work better. The grandiose fix-it national plans are mostly exercises in political marketing. 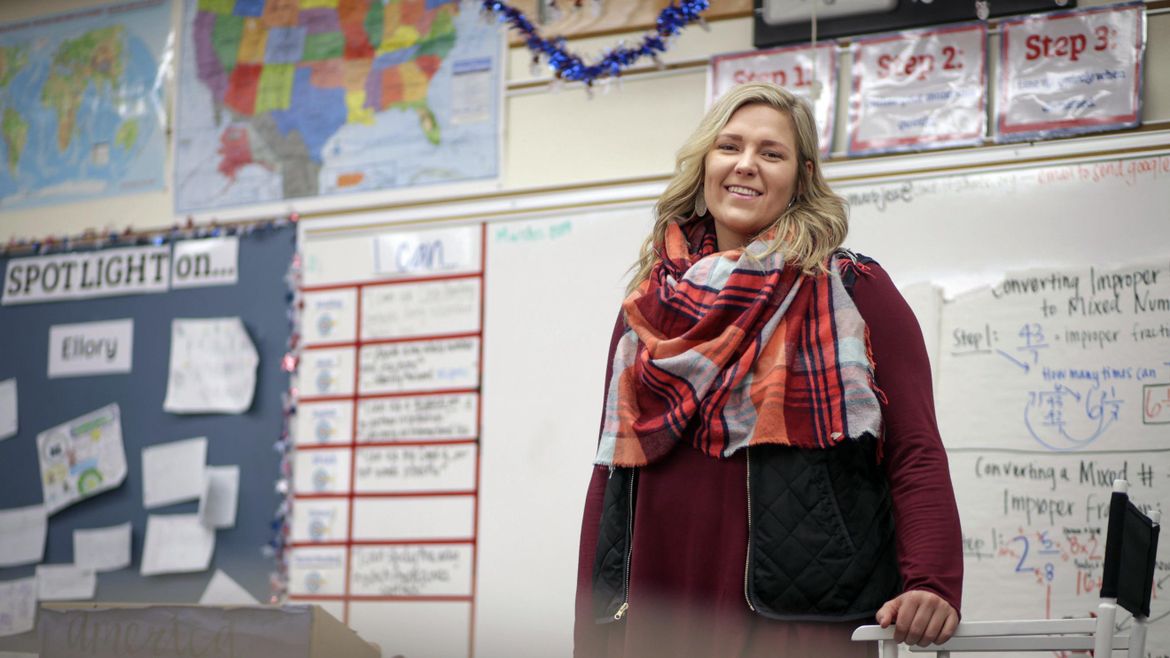 As a teacher in Idaho Falls School District 91 and with a second job as a server at Jakers Bar and Grill, some of Jess Marboe’s workdays can last up … 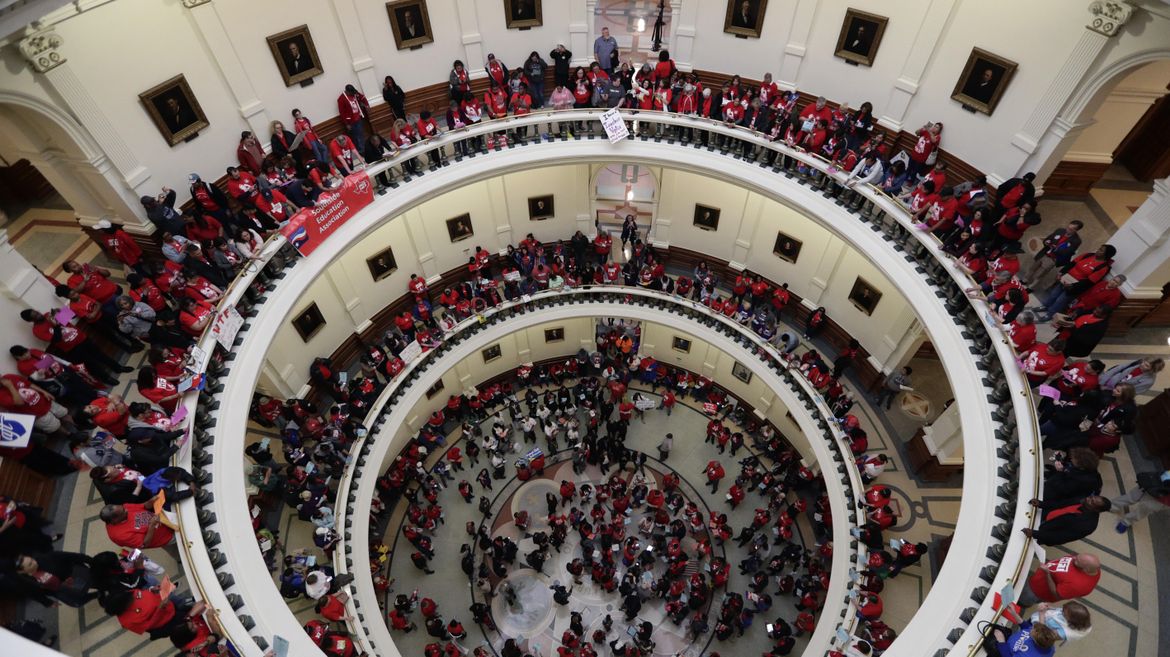 Schoolteacher raises of $5,000 are on the table in Texas – a proposed pay hike that ranks among the biggest in the U.S. since a wave of teacher unrest began …

It was billed as a drill. But law enforcement officials at an Indiana elementary school reportedly ordered teachers to turn around and crouch and then shot them with plastic pellets, … 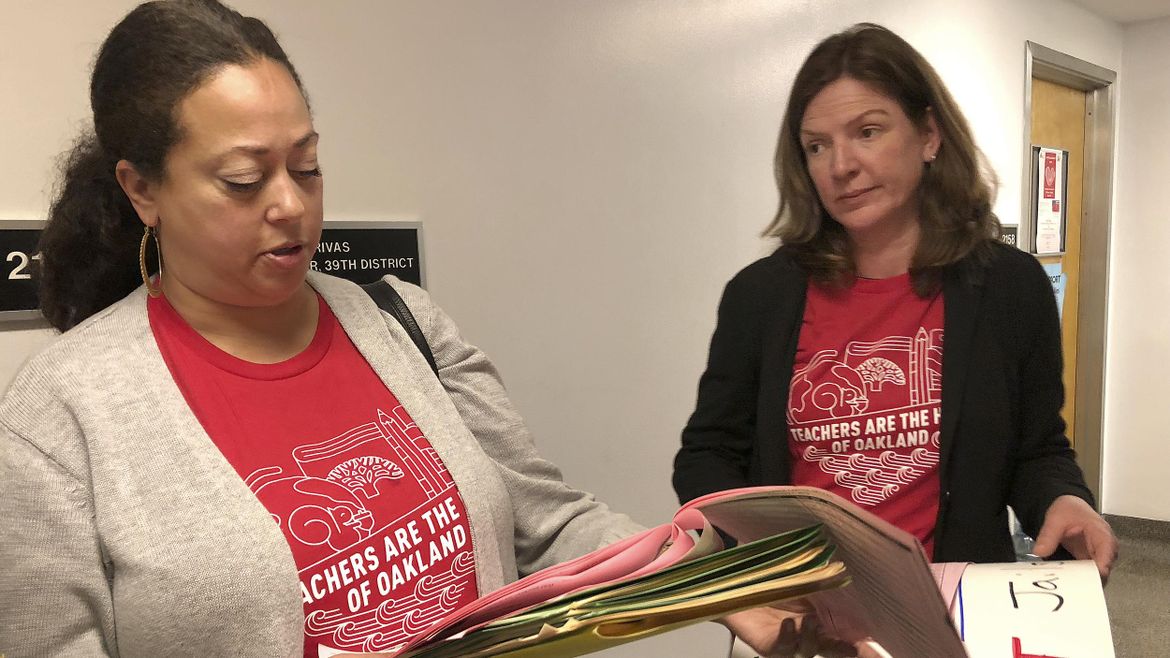 Oakland teachers to walk off the job Thursday

Teachers in Oakland, California, will become the latest educators in the country to strike over pay and classroom conditions. 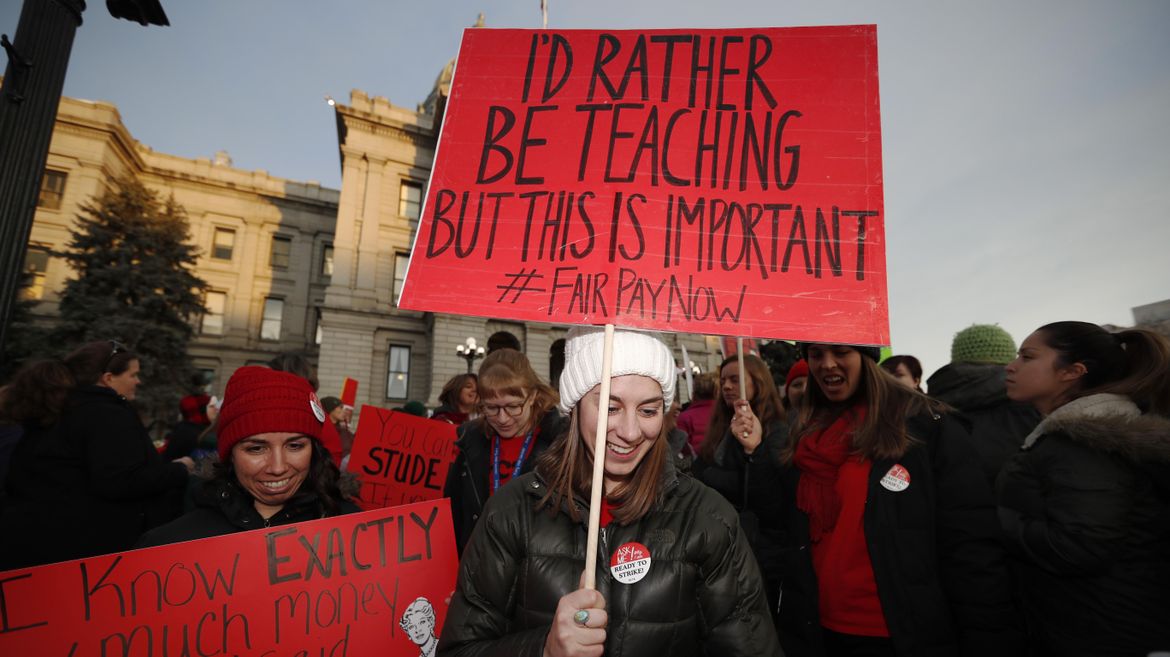 Denver teachers are ready to strike over pay raises alone

Denver teachers are prepared to walk of the job Monday for the first time in 25 years over an incentive-based pay system they call unpredictable and unfair to experienced educators. 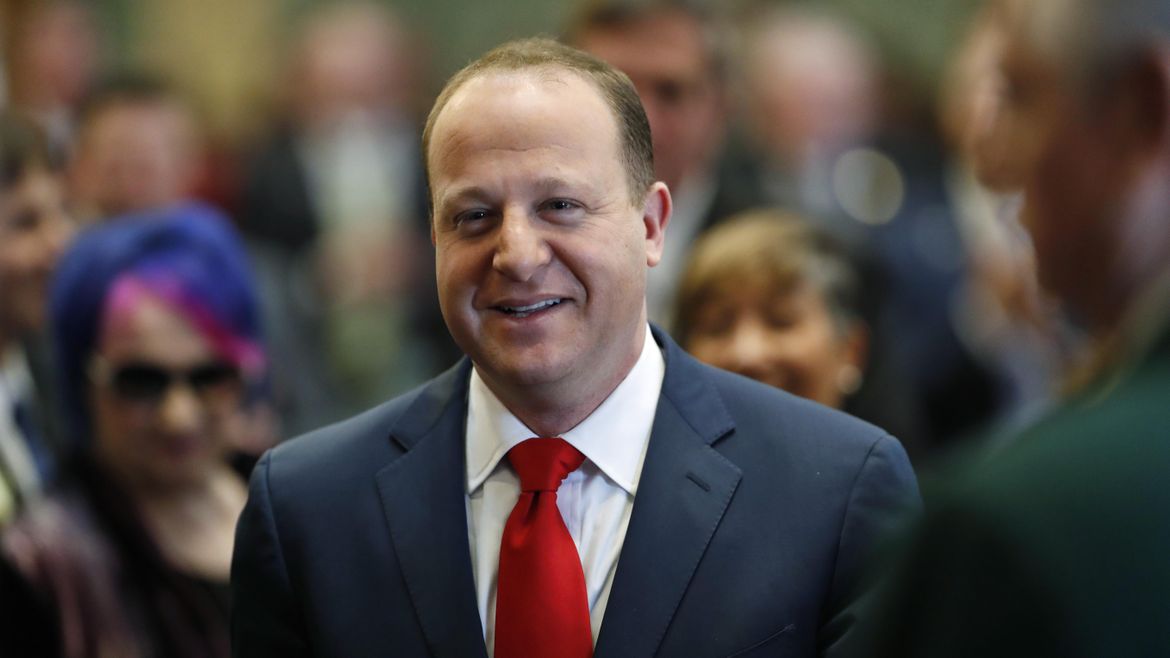 Denver school officials asked the state on Wednesday to intervene in its pay dispute with teachers, a move that will delay a strike that had been scheduled to start Monday. 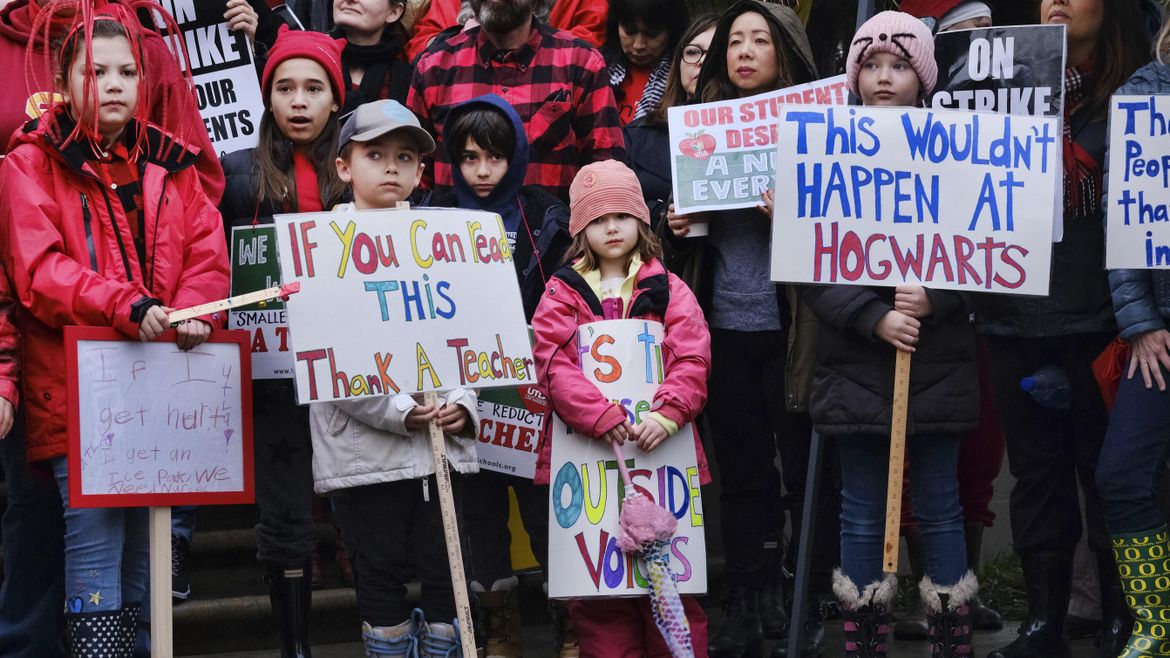 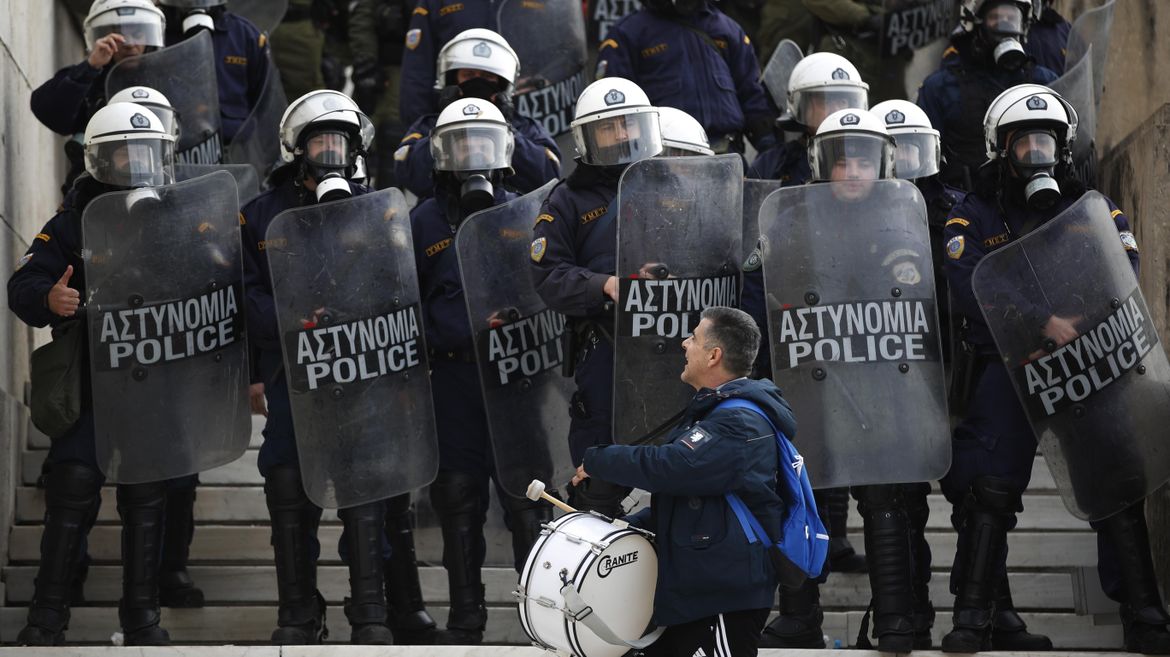 Protesting Greek school teachers have clashed with police in central Athens during a demonstration against government plans for hiring new teachers. 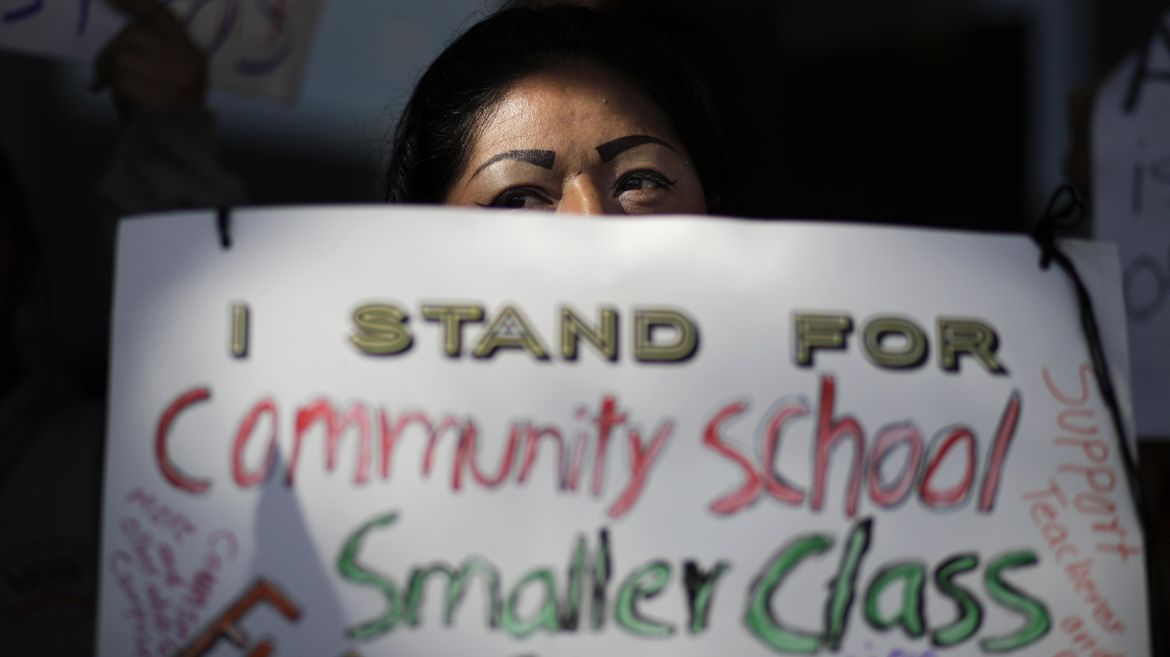 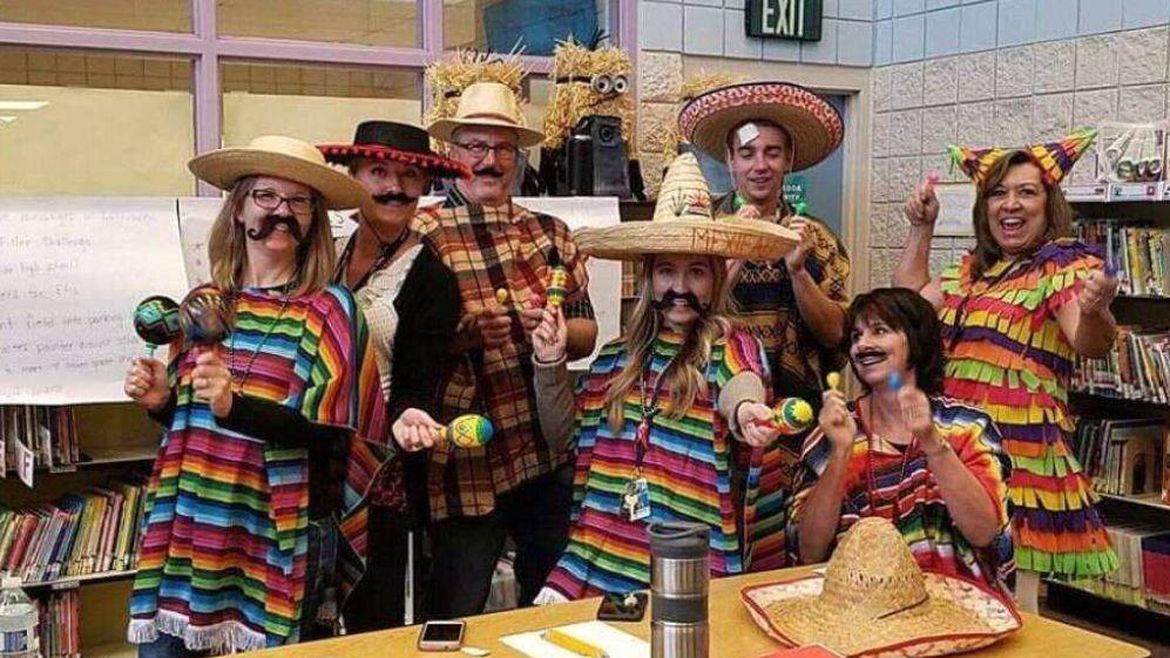 The Middleton School District announced in a news release Wednesday that it will “welcome our teachers and aides back into their classrooms in the next few days,” having finished an … 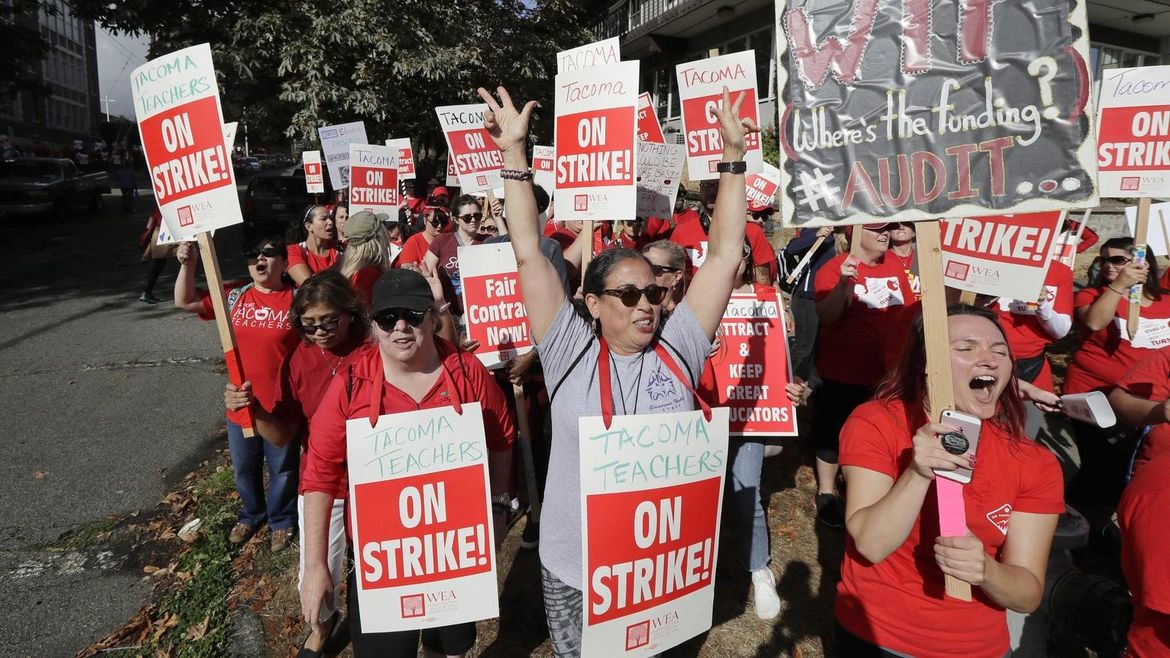 Teacher strikes in Tacoma, Battle Ground, Centralia, and Tumwater have impacted more than 53,000 students combined, just under half of whom come from low-income households. 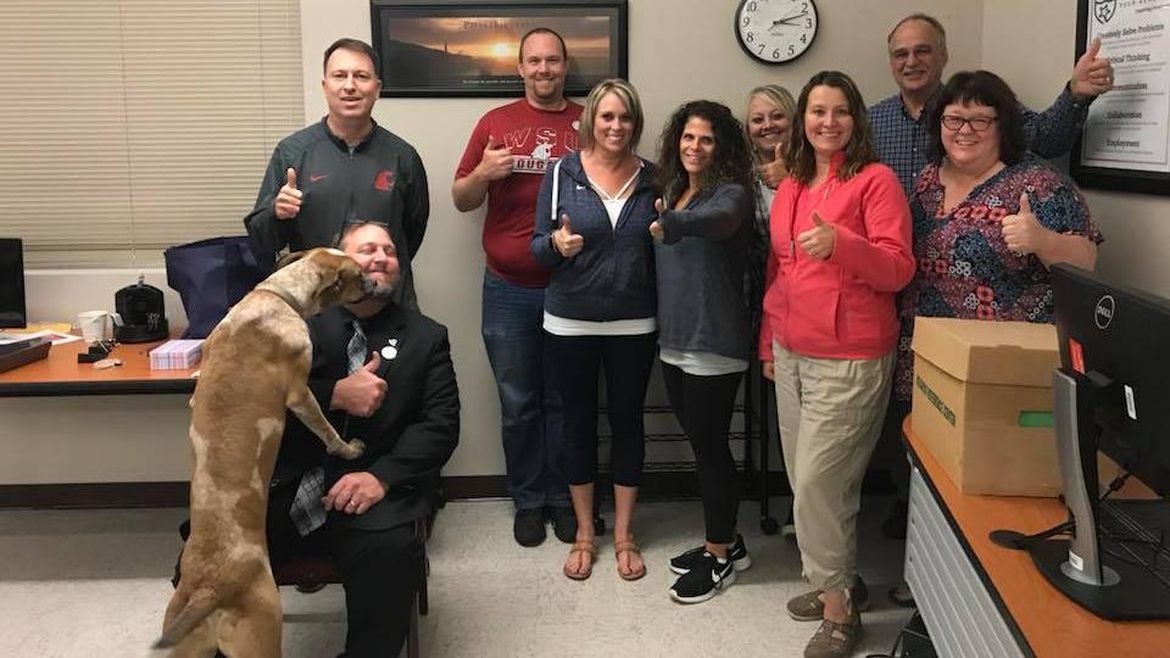 The teachers strike in Evergreen Public Schools could be over after a tentative agreement was reached at 2:57 a.m. today.

No school in Tacoma on Thursday as teachers announce strike 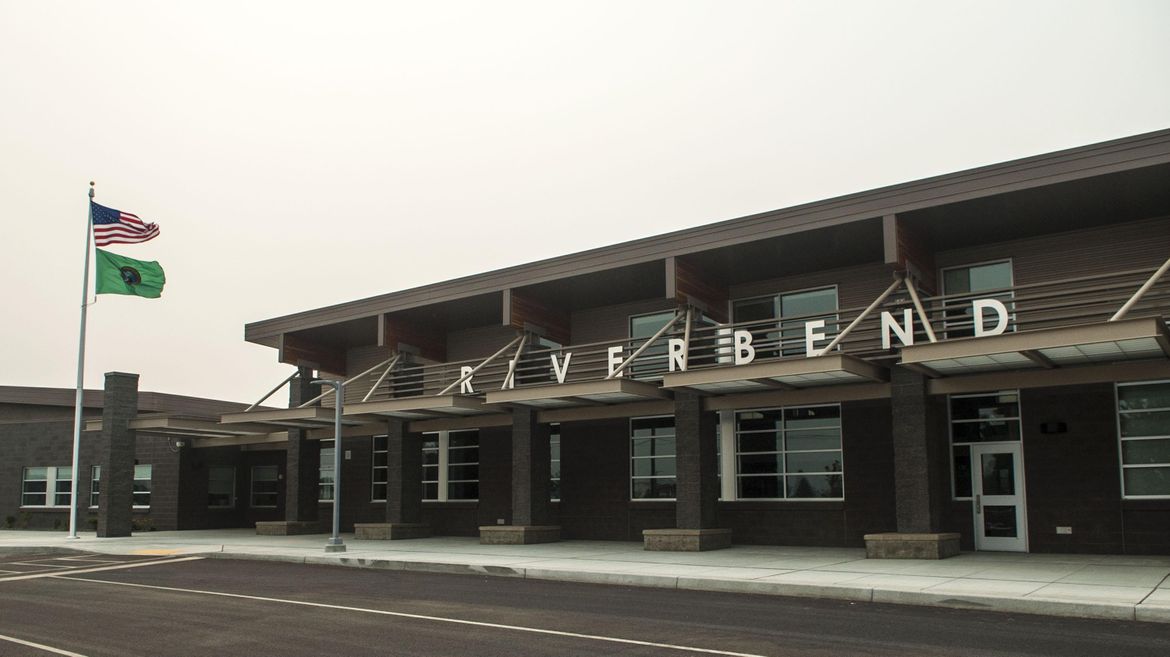 After Spokane Public Schools and the Mead School District agreed this week to large pay raises for their teachers, the teachers union for Central Valley School District hopes to get … 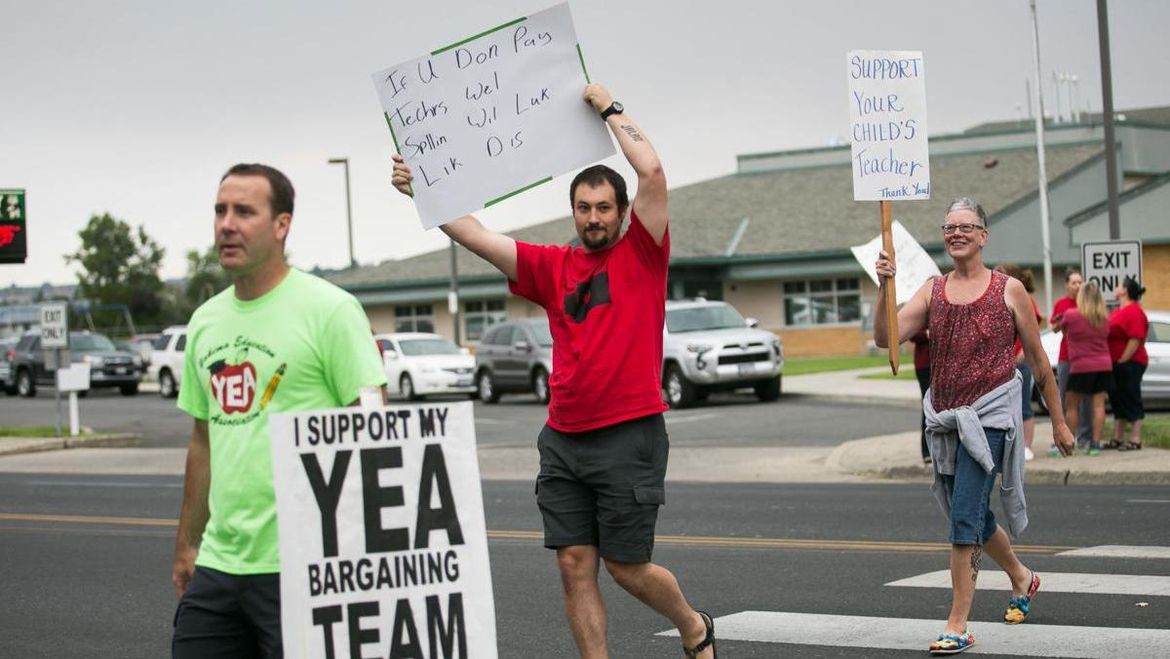 Yakima teachers, students head back to class on time after strike averted over weekend

After teachers and the Yakima School District reached a tentative contract agreement over the weekend, school began as scheduled Monday – much to the relief of parents, students and employees. 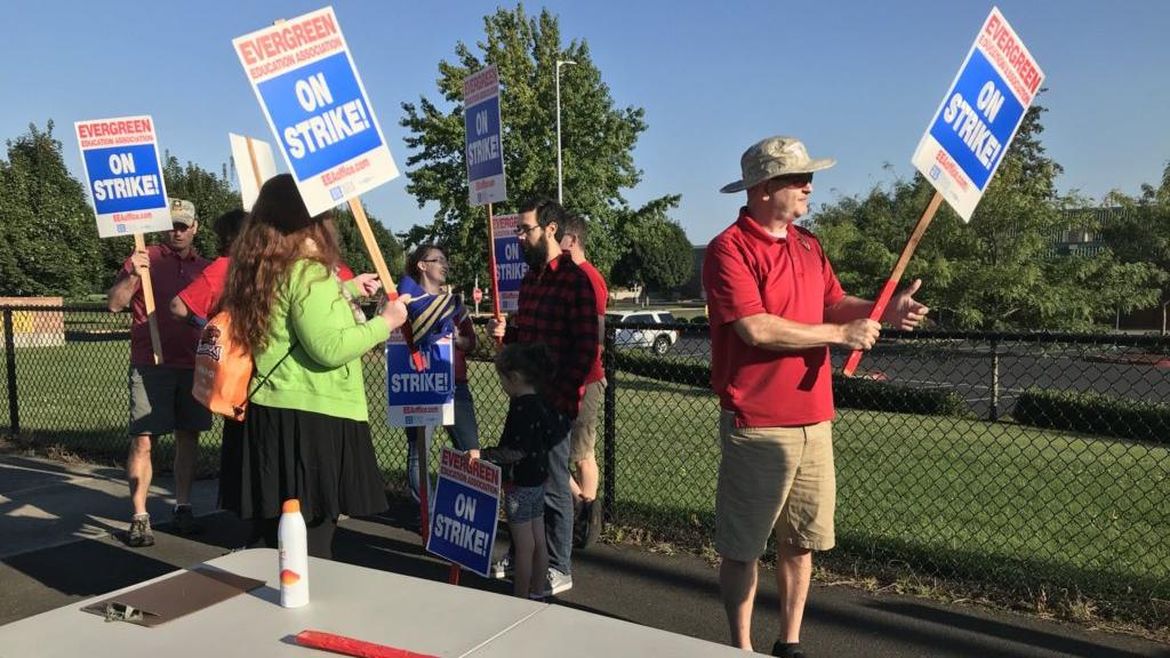 Teachers in the Evergreen and Washougal school districts headed to the picket lines this morning, demonstrating in favor of higher wages after contract negotiations across Clark County stalled. 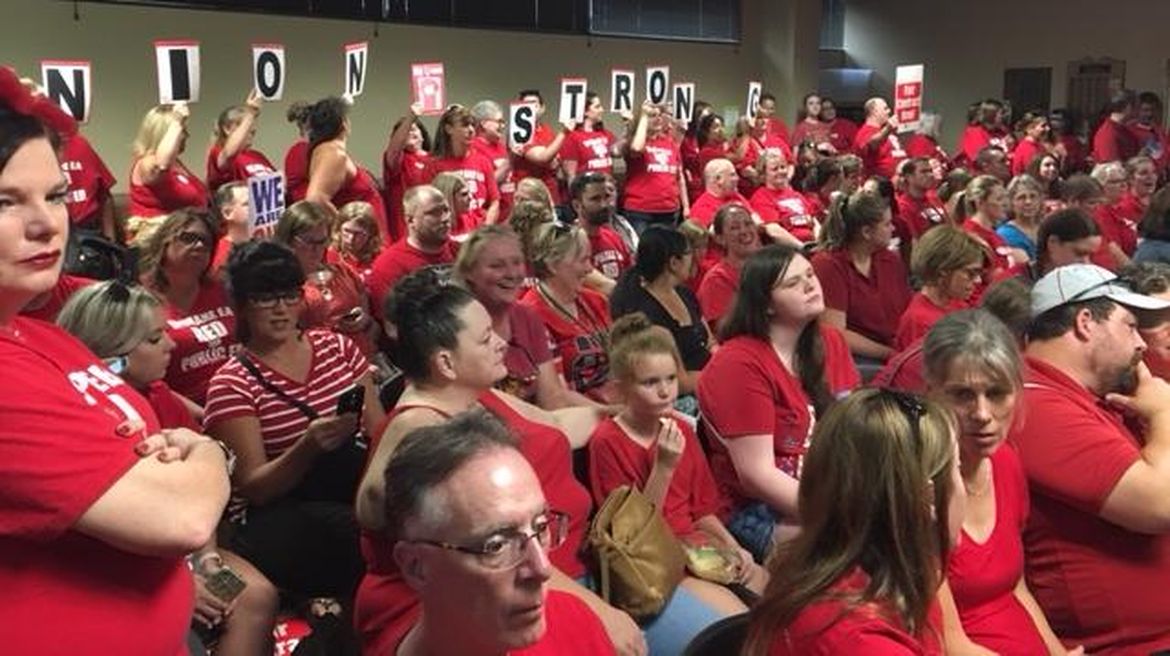 Teachers turned up in large numbers and turned up the volume Wednesday night in their ongoing contract talks with the Spokane Public Schools district.