SEATTLE — A life-sized statue of Soundgarden frontman Chris Cornell has been vandalized outside the Museum of Pop Culture in Seattle. 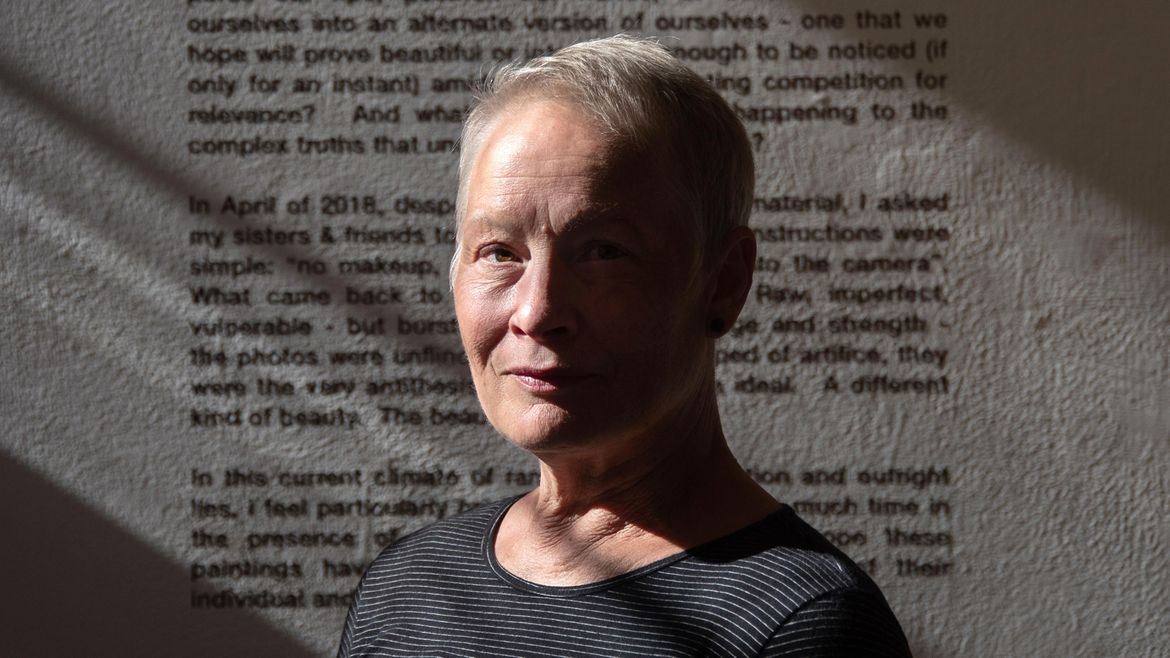 Kate Vita, Spokane portrait artist who captured life in all its color, dies at age 59

The beloved Spokane artist and actress died Saturday after a decade-long battle with cancer. 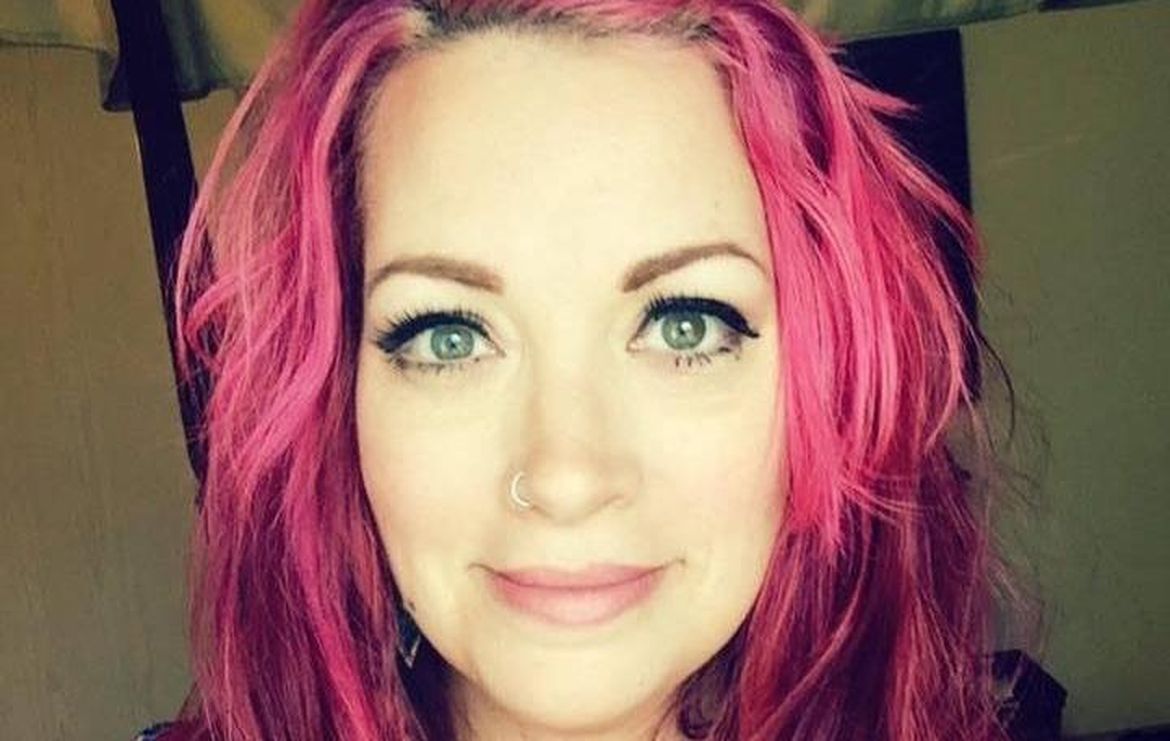 Last month, Spokane fiber artist Helen Parsons had just put the finishing touches on her new solo exhibition set to open at AS2 at the Wonder Building as part of … 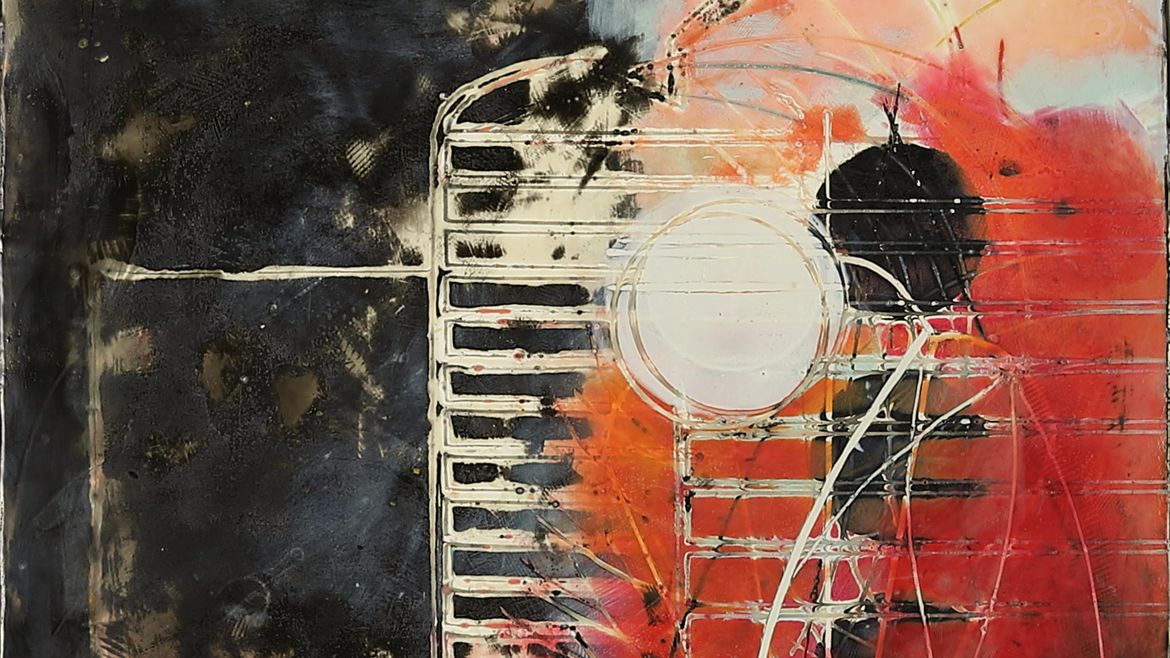 In June at the galleries, a smattering of Spokane’s veteran and up-and-coming artists

Having smashed glass, dripped wax, and assembled found objects and images, these artists inspire with their creative explorations. 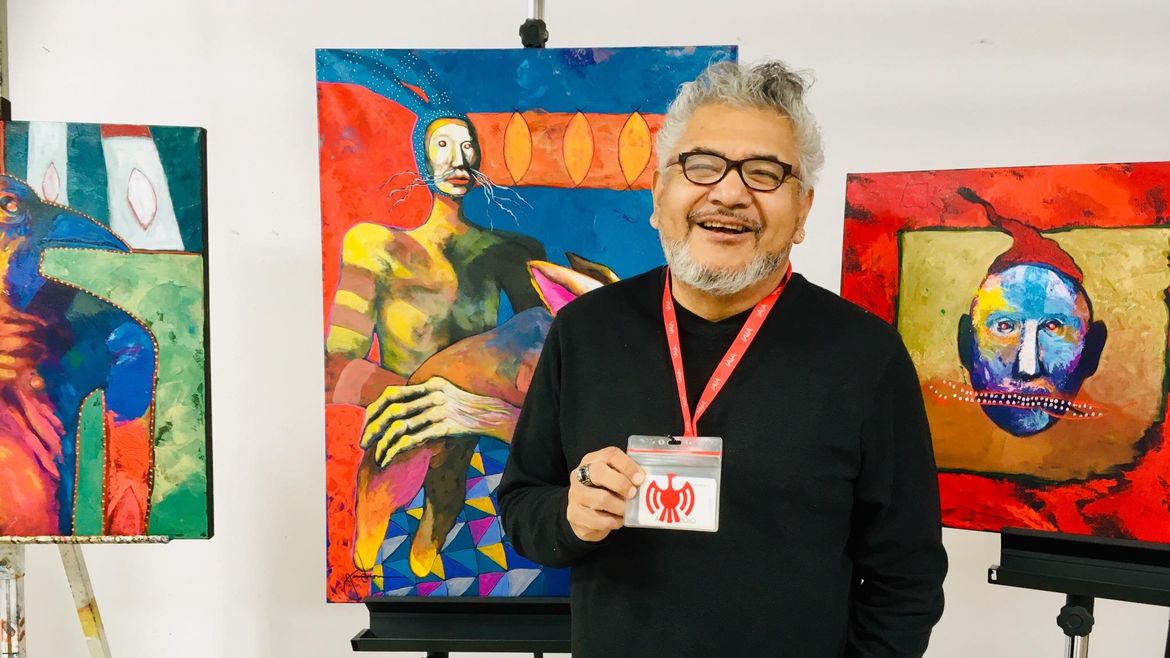 Saturate comes to Chase, Art Spirit crosses the state line for a pop up show at the newly renovated Wonder Building, and Bob Kraut returns to Kolva-Sullivan 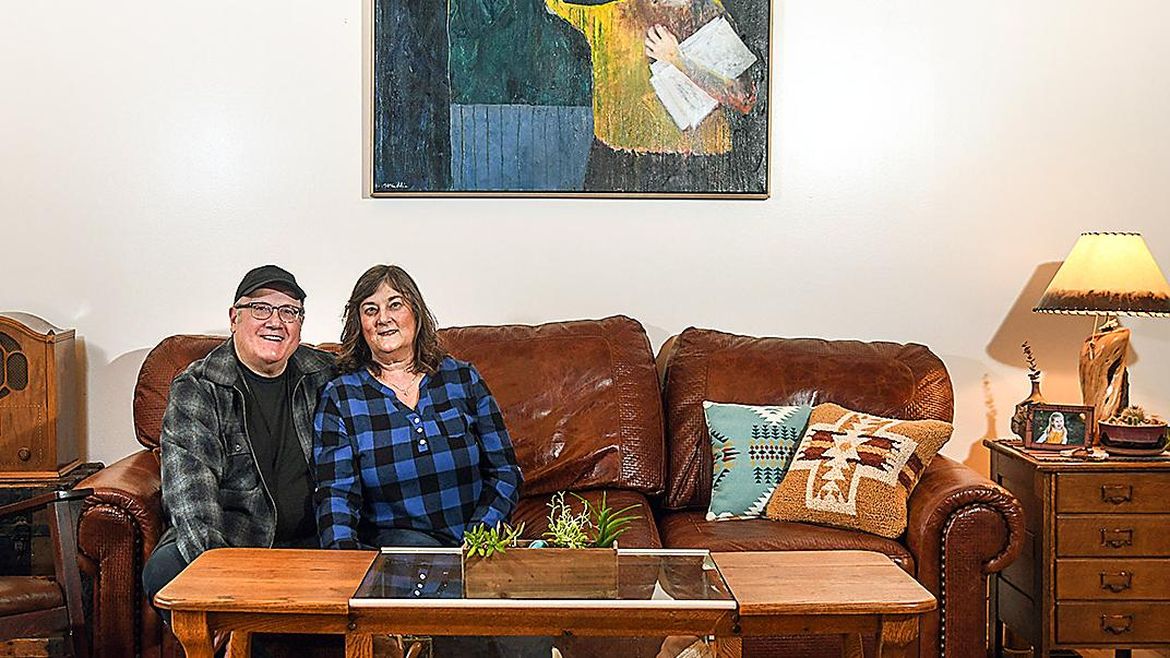 The Book of Mel: Doug and Sherry Clark, two of Mel McCuddin’s many fans, publish the coffee table book ‘McCuddin: The Inner Eye’ 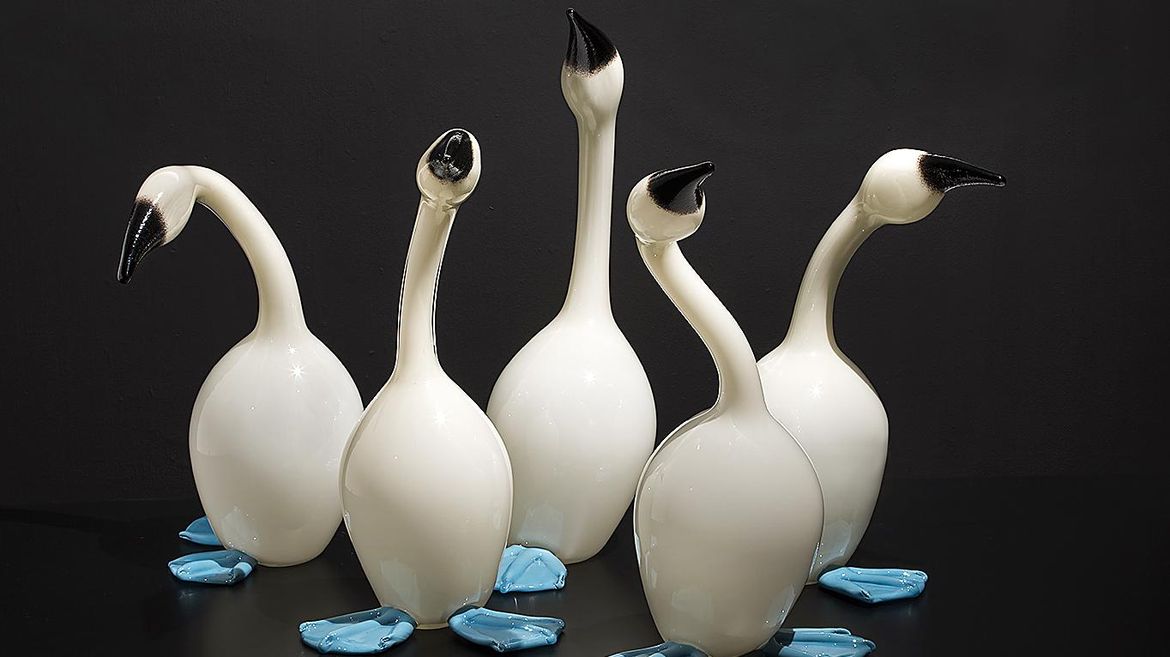 “We have a host of traveling exhibitions, but this is only the second time we have had an exhibition this large curated out of our permanent collection and sent to … 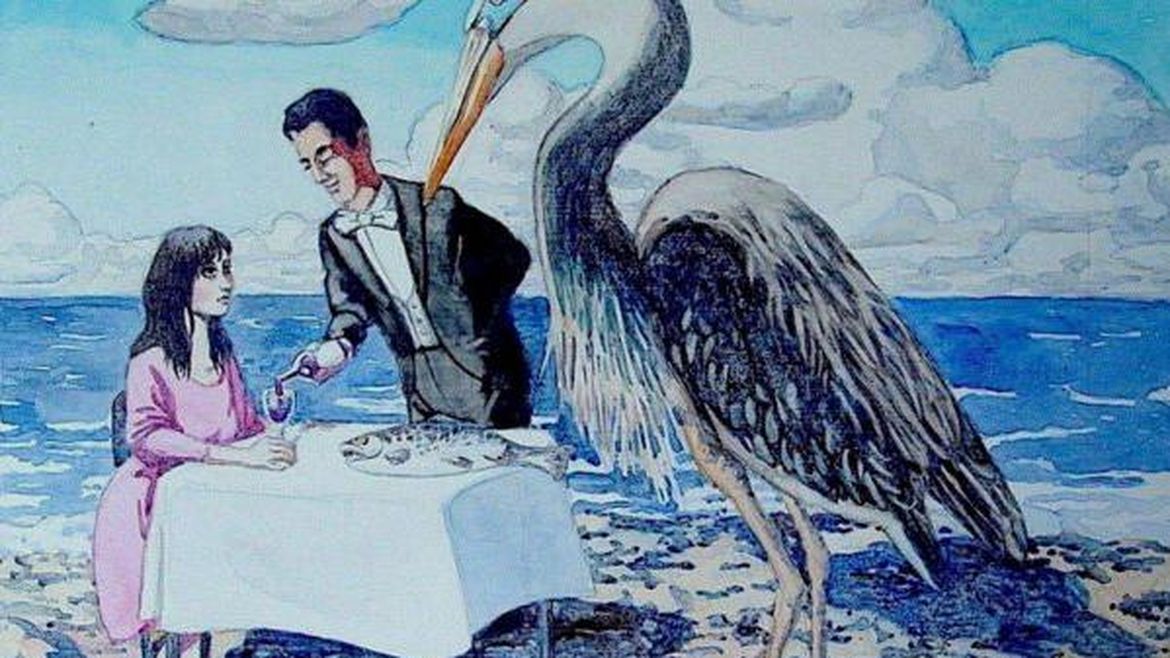 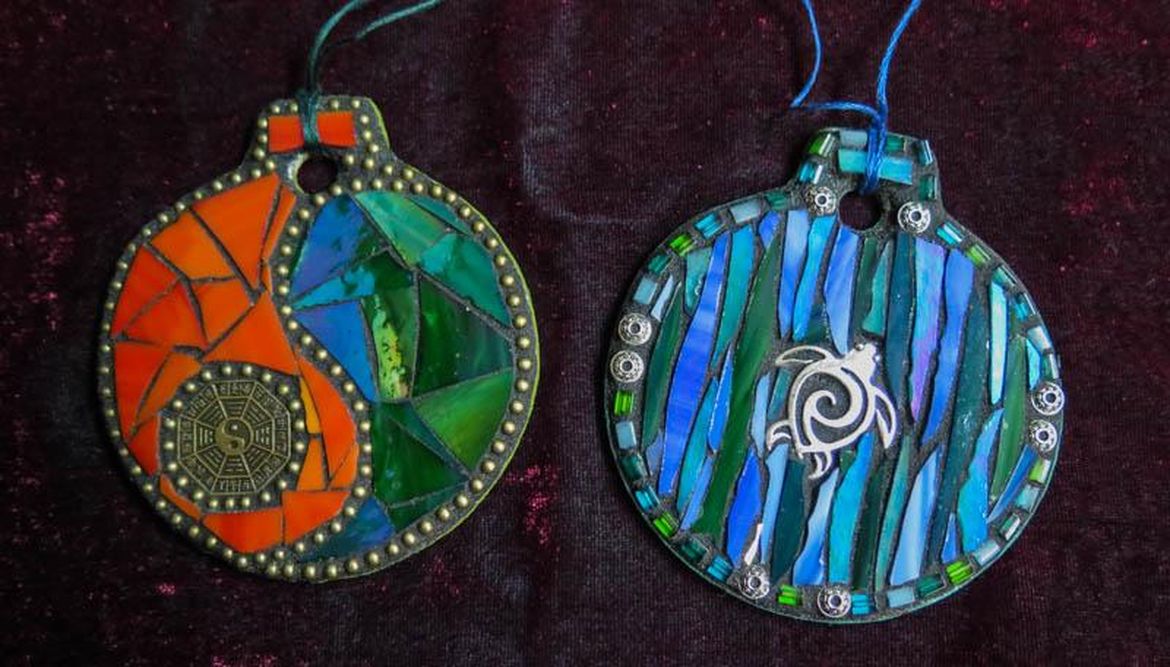 First Friday: Give the gift of art

Knock out that gift list and enrich your spirit at the same time at tonight’s First Friday Art Walk. 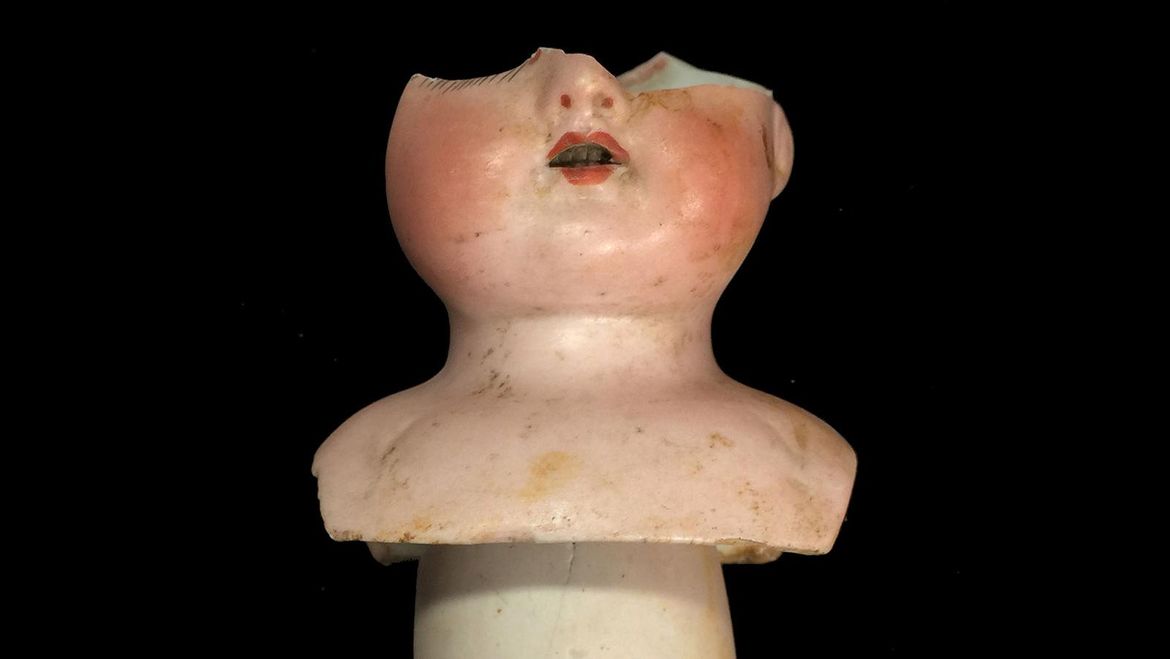 Wendy Franklund Miller has been reinventing her art, and herself, for more than 50 years. She has explored painting, paper-making, silkscreen printing, encaustics, photography and now ink drawings. She has … 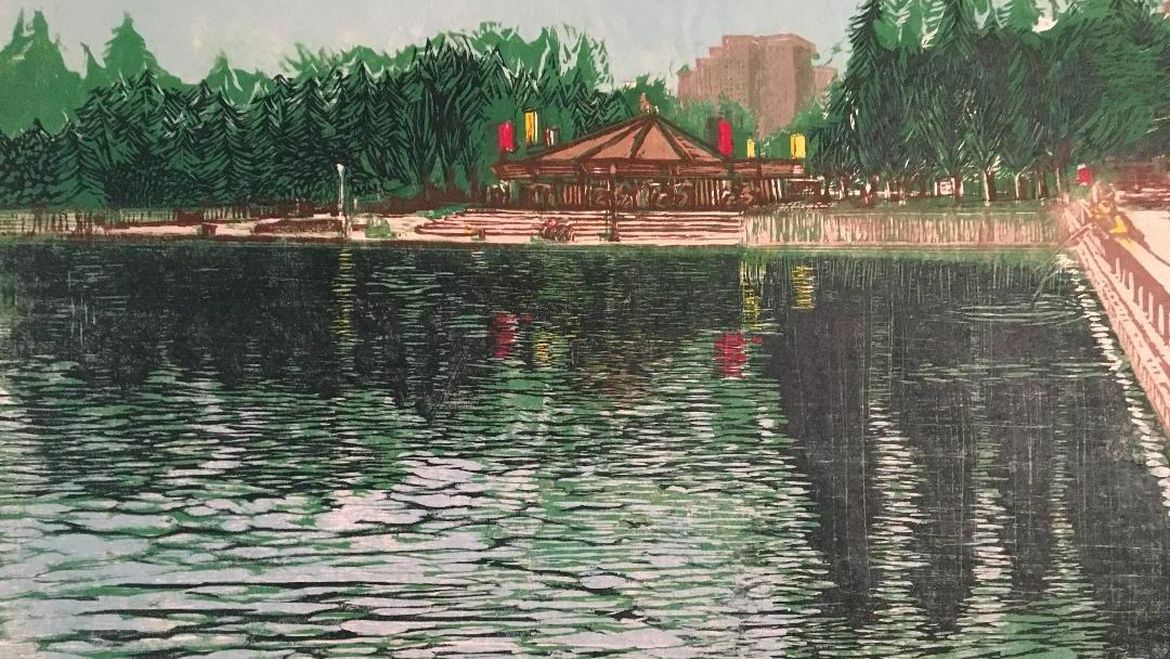 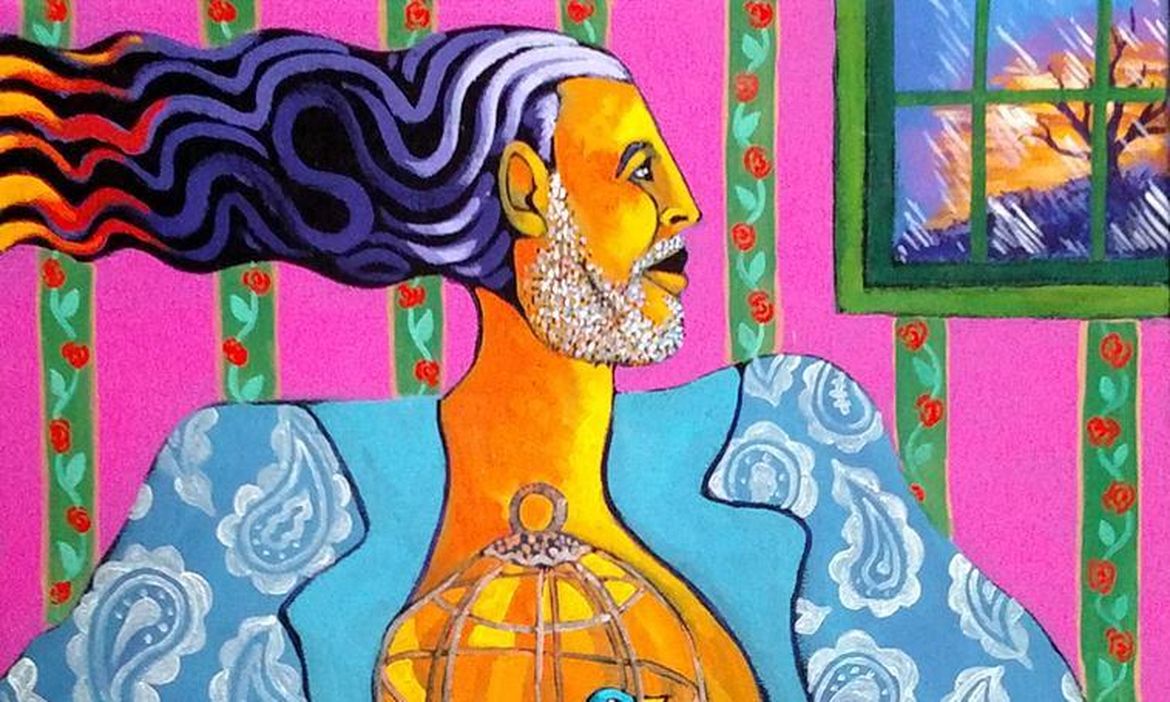 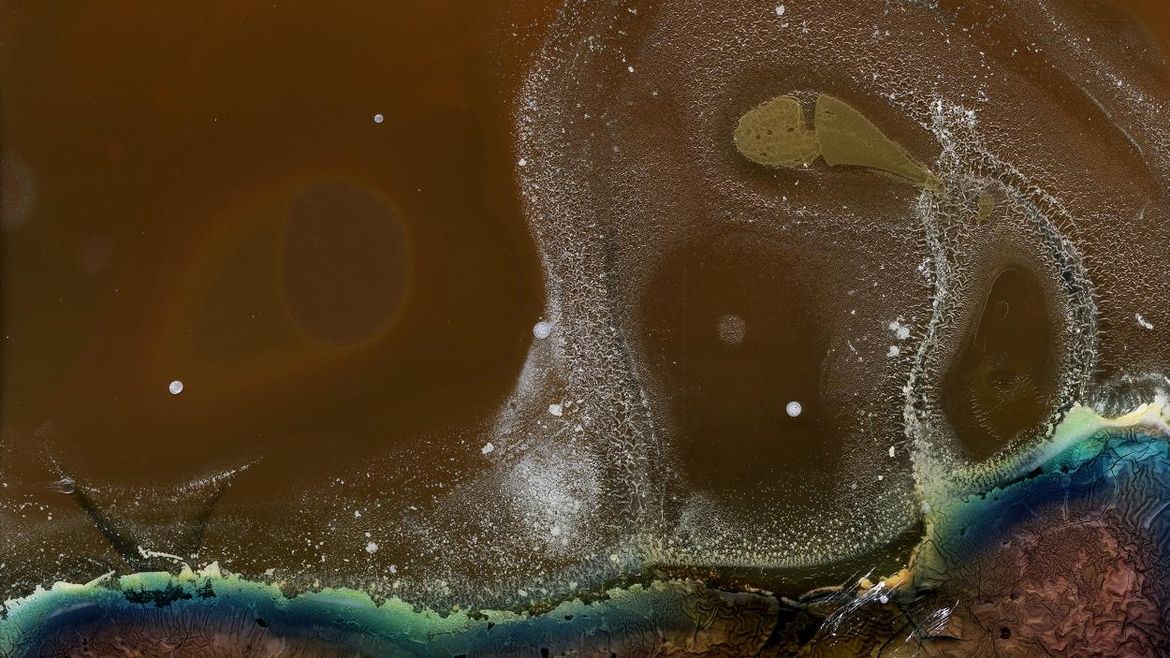 Mixed mediums: At August First Friday, a variety of styles are on display for art walkers 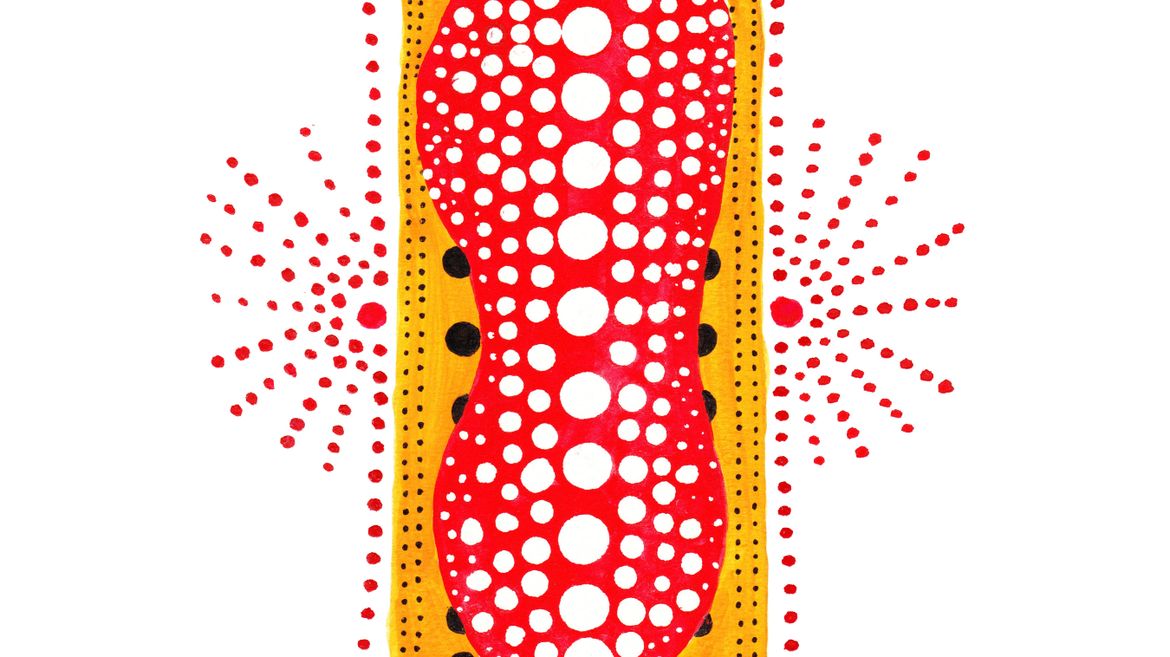 First Friday: Galleries welcome June with a burst of color

Most artists’ opening receptions are this Friday from 5 p.m. to 8 p.m., but the art stays on the walls at venues all month long. 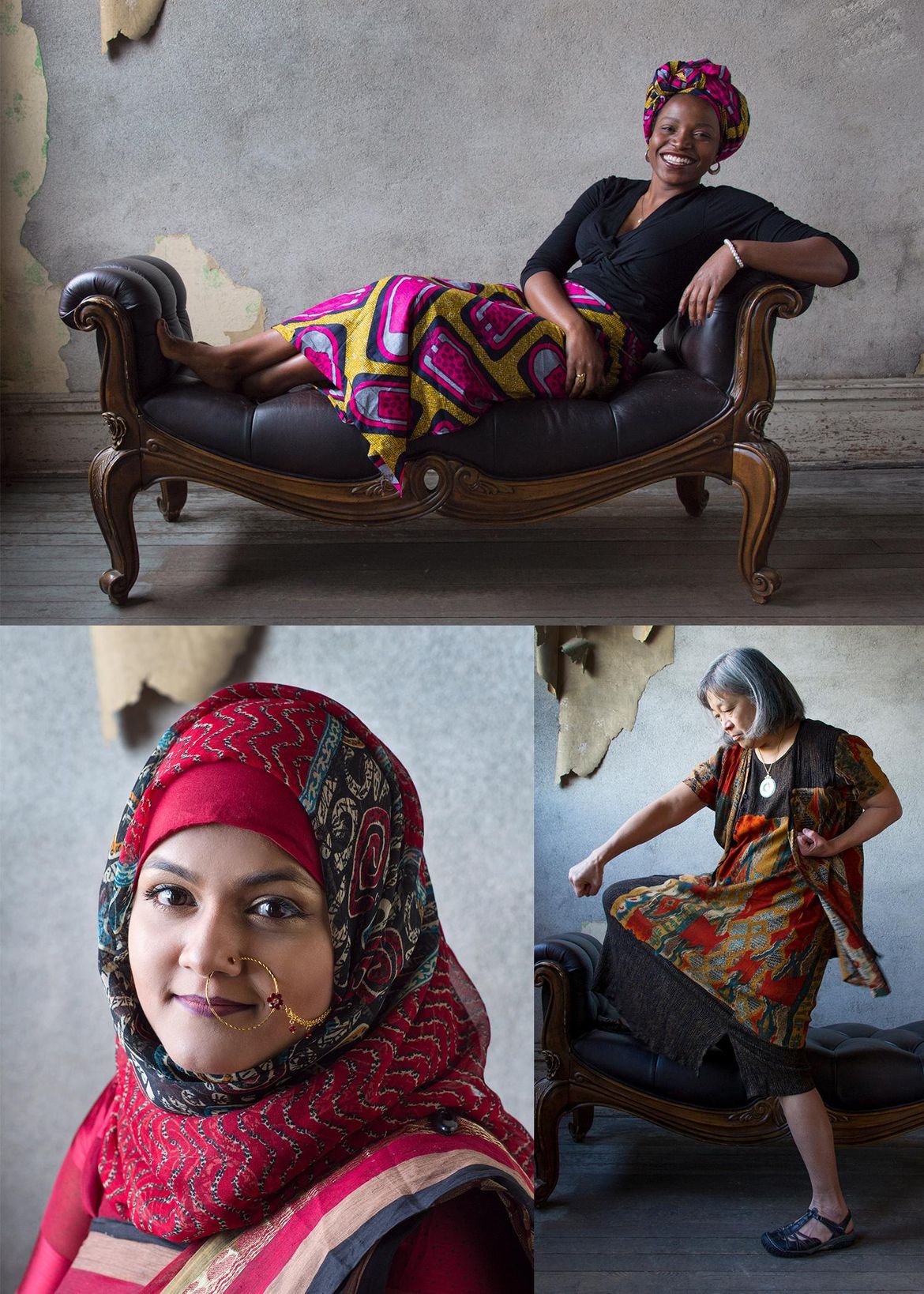 Hilary Hart couldn’t understand why a Muslim woman would willingly wear a hijab in Spokane – a city with seemingly limited diversity. So she called up the area’s only mosque … 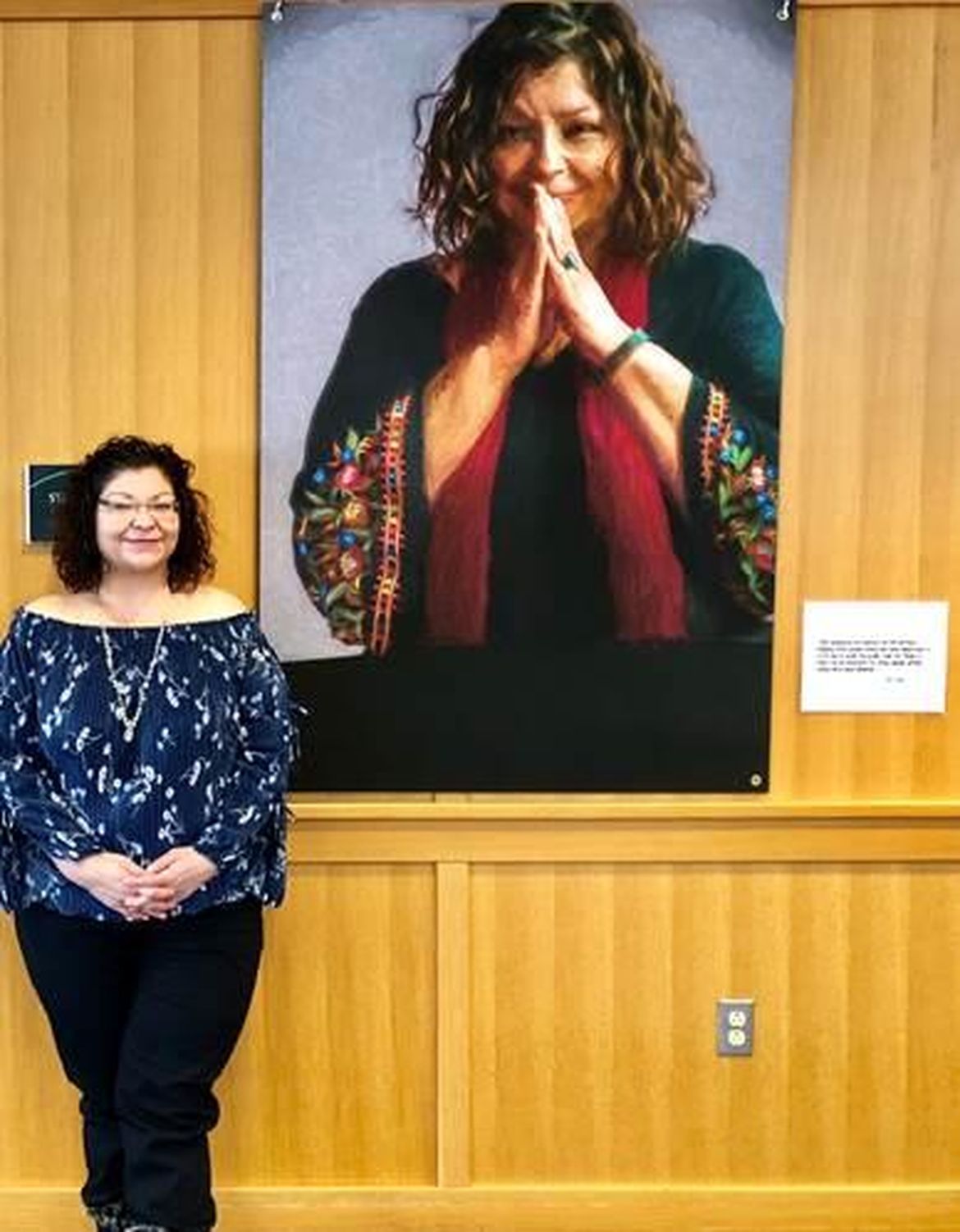 Saturate: Citywide effort aims to raise the profile of artists of color 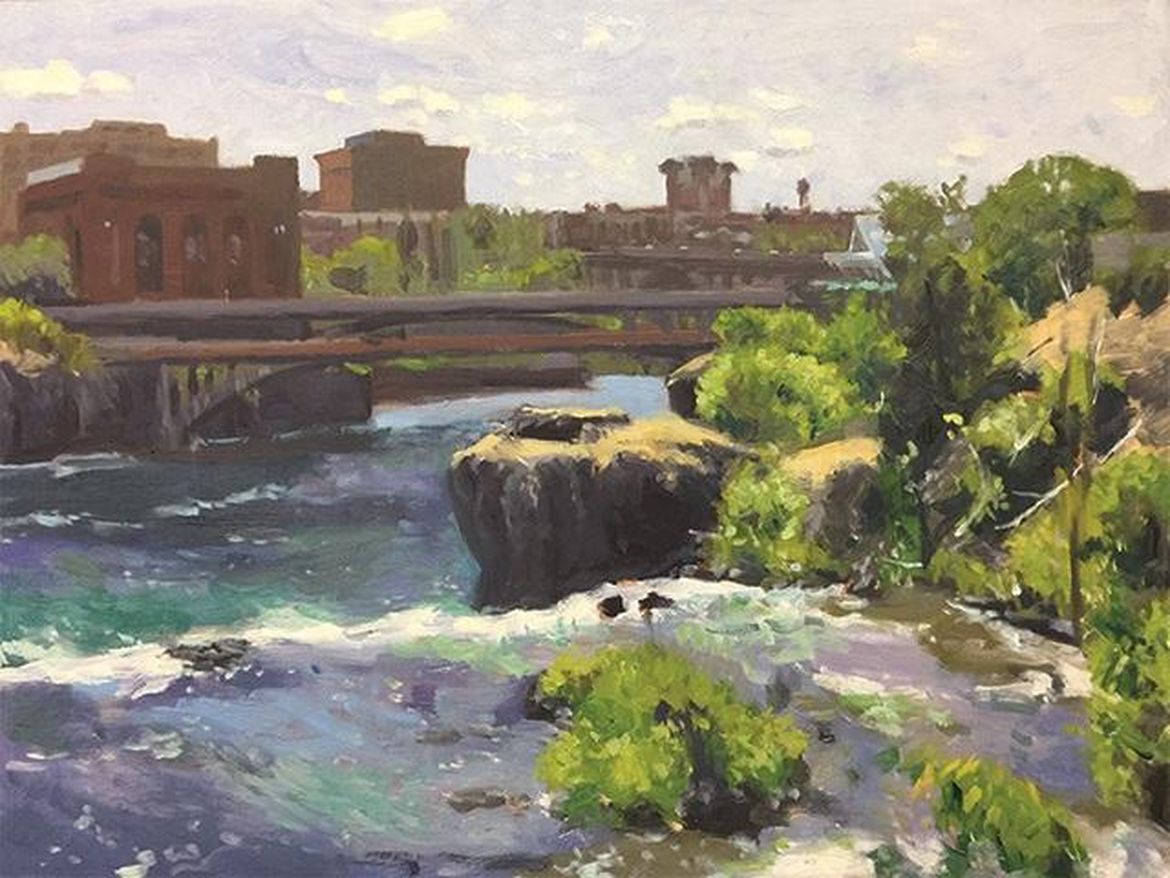 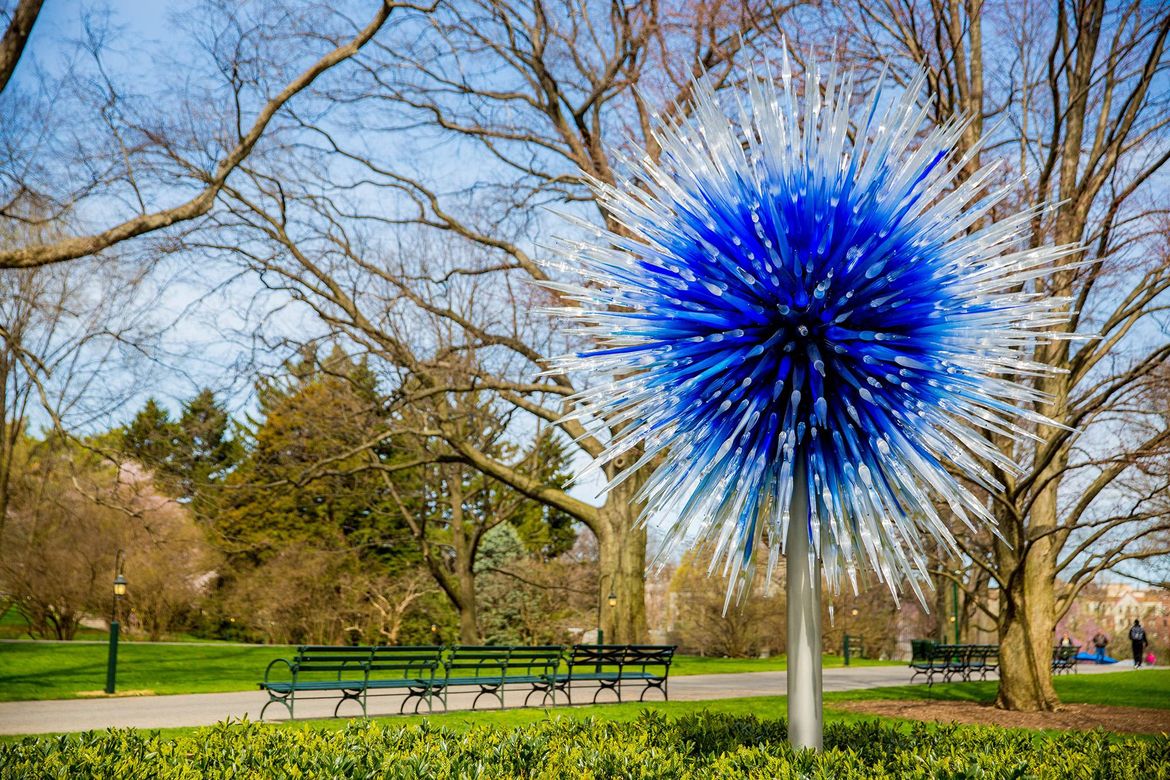 The New York show, named simply “Chihuly” and which runs until Oct. 29, is the latest in a number of exhibitions he has taken to botanical gardens since 2001. But … 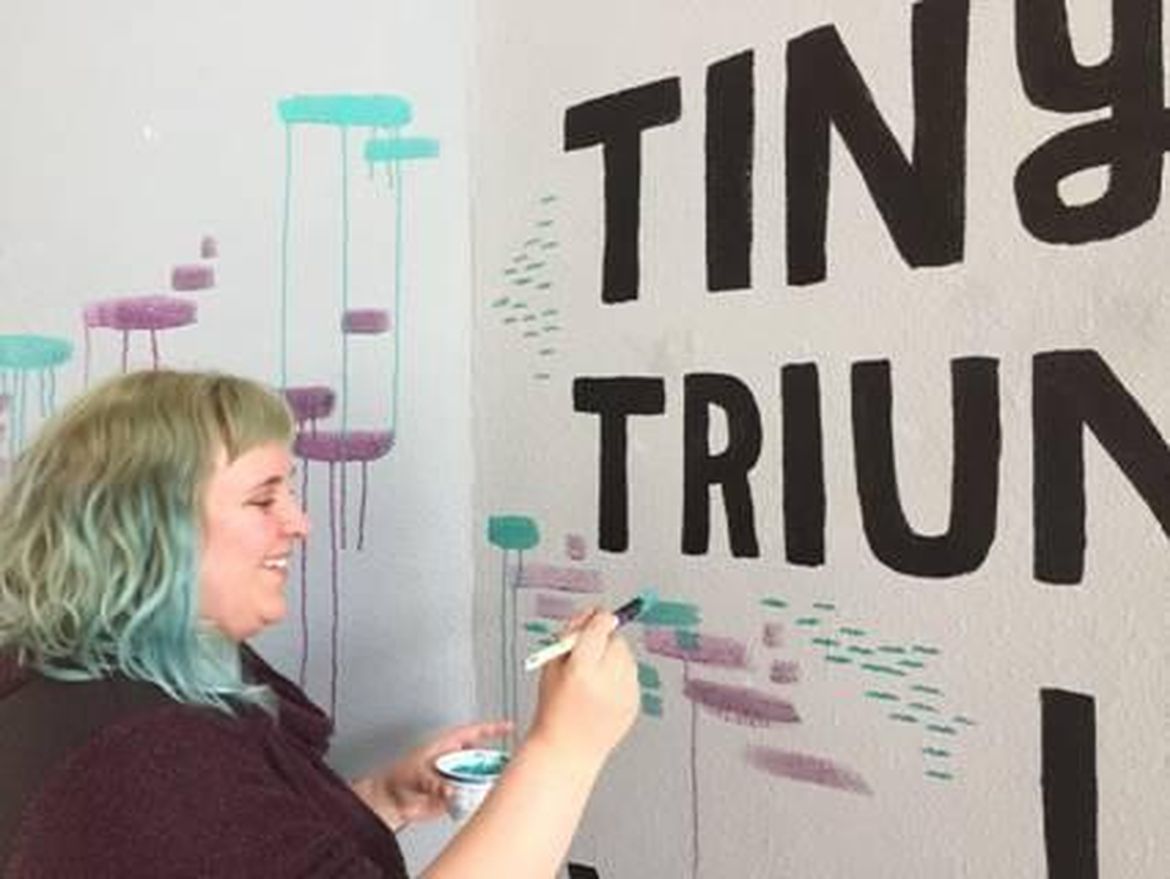 For Tiffany Patterson, spurt of creativity tempered by health scare

Beloved local artist, who has done work for bands, credit unions and friends, is fighting cancer. A show in Coeur d’Alene will feature works by Patterson and her friends, with … 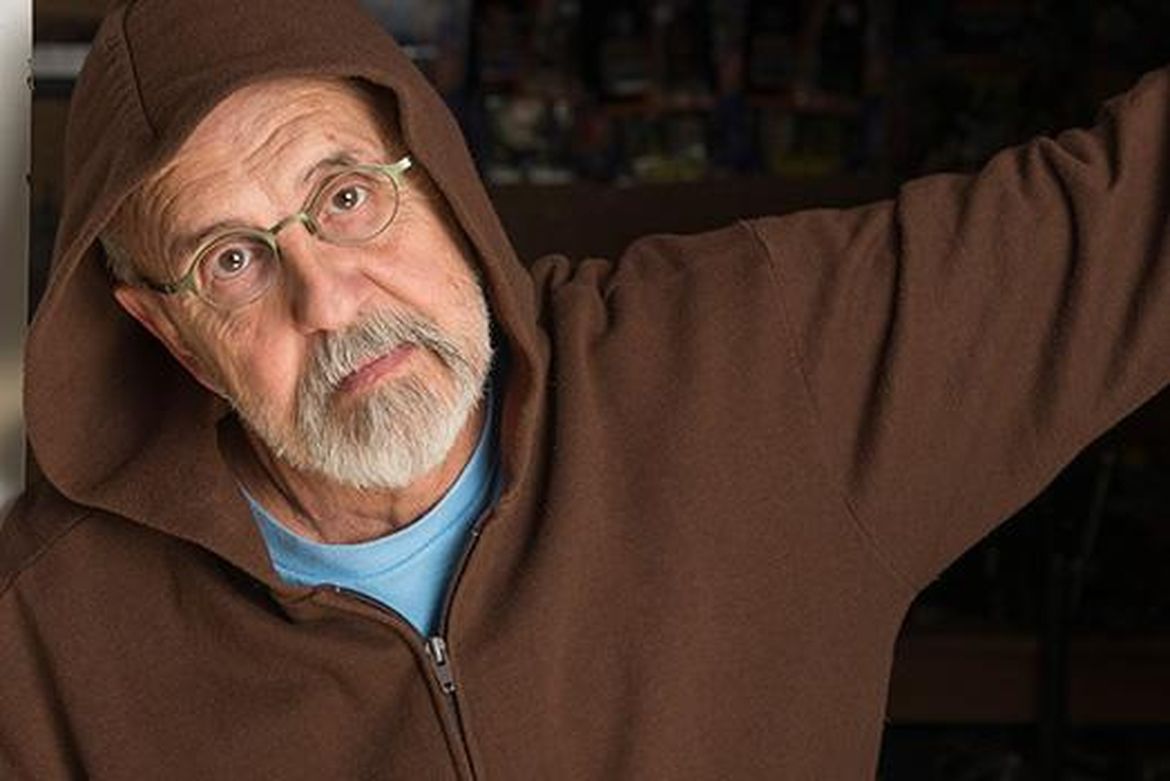 Dan McCann’s works of art are curated collections of sorts. He assembles objects for display, placing them inside shadow boxes that he encloses with glass fronts. Inside the boxes are …

Local creatives get a boost from Spokane Arts Grant

Eight winners of the first Spokane Arts Grants Award were selected this week from a field of more than 70 applicants. 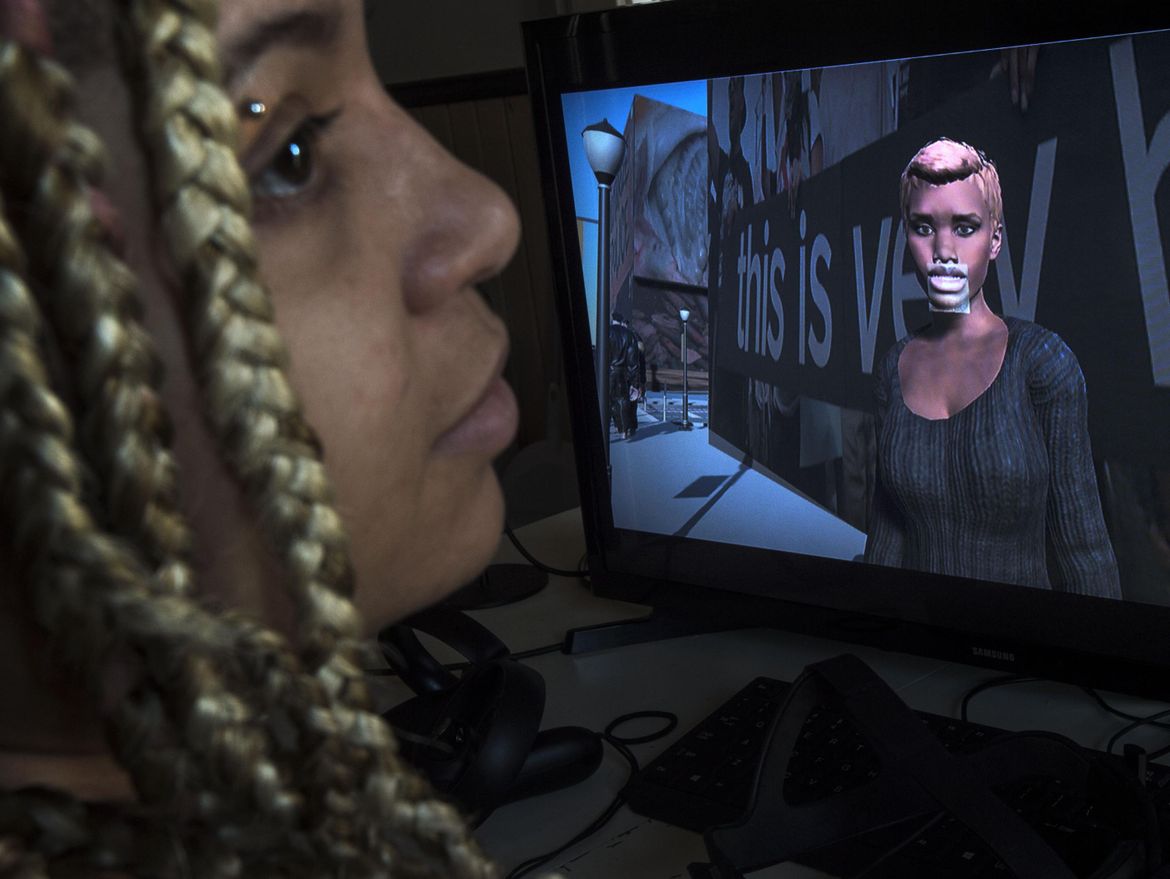 Darke’s “In Passing” takes place on the virtual street corners of the real Spokane, specifically the block around the Ridpath Hotel. Viewers who don Laboratory’s vitural reality headsets can see … 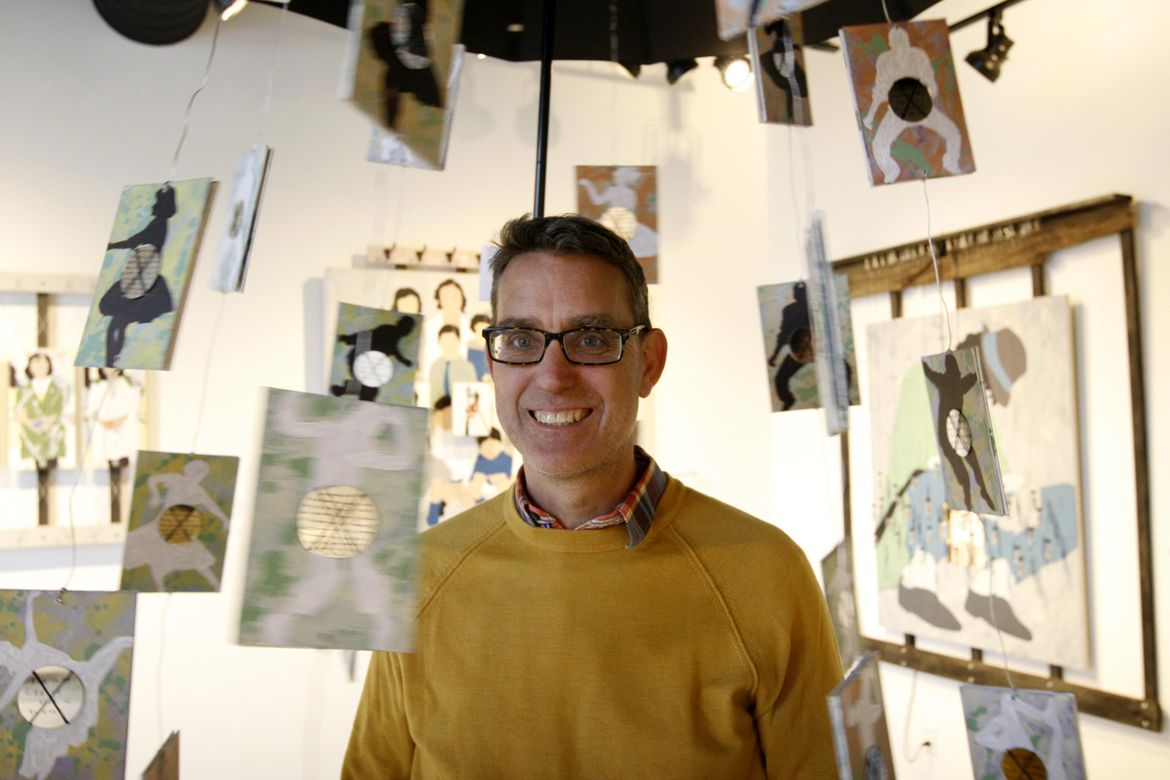 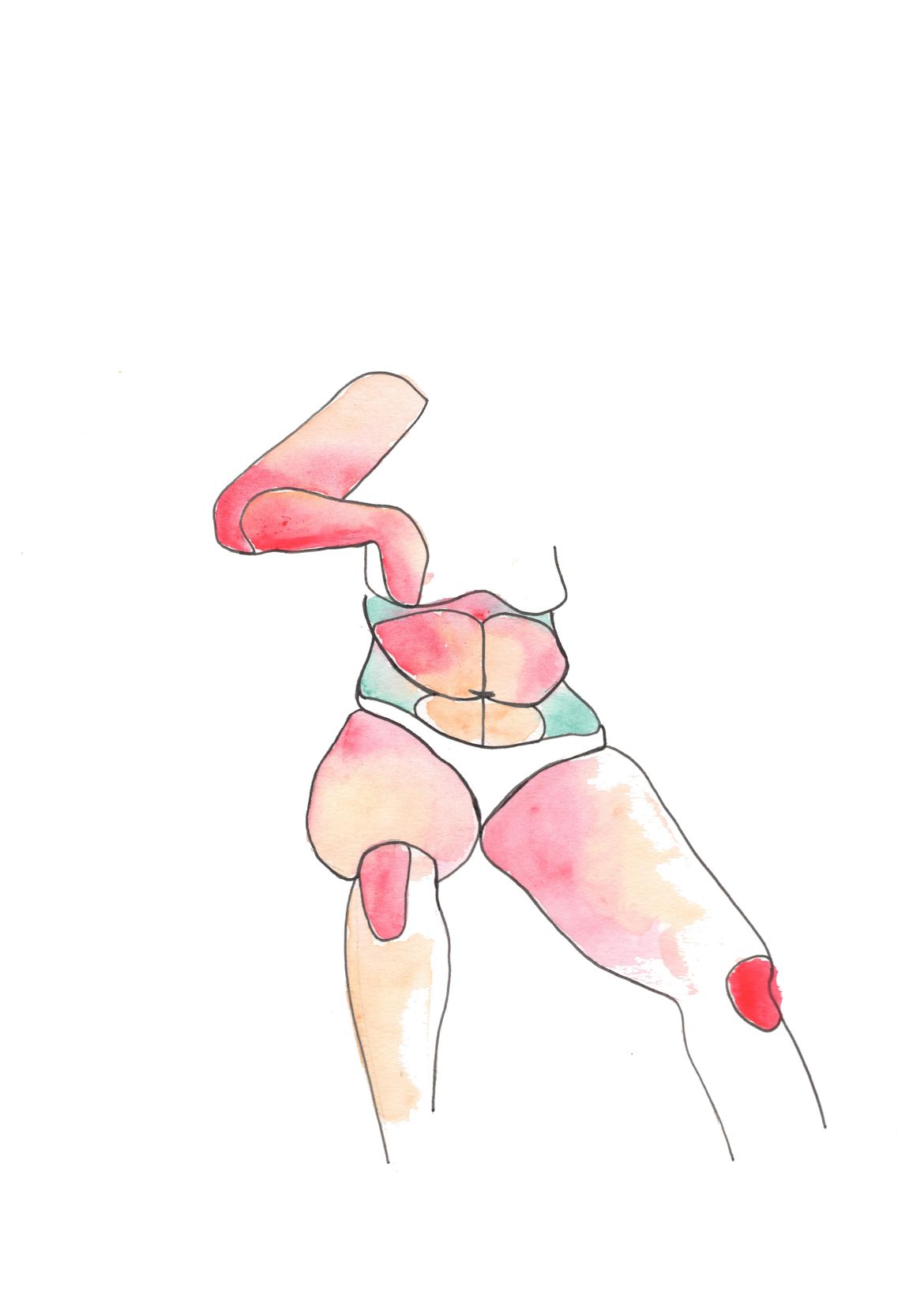 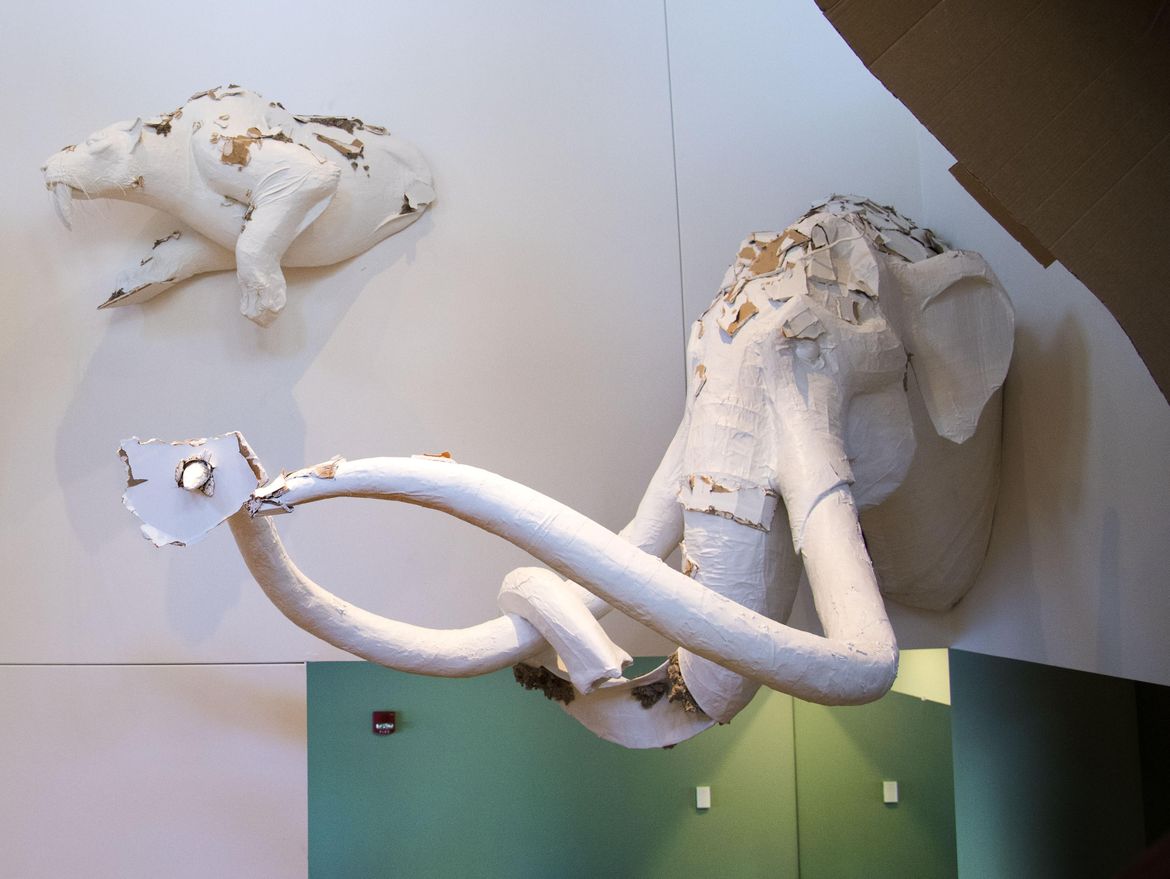 Creatures are coming out of the walls at the MAC to great visitors to the “Titans of the Ice Age” exhibit.

The paintings look like illustrations for a children’s book. And as Ric Gendron painted, his grandchildren were sitting around him, telling stories about what they thought he was painting. No … 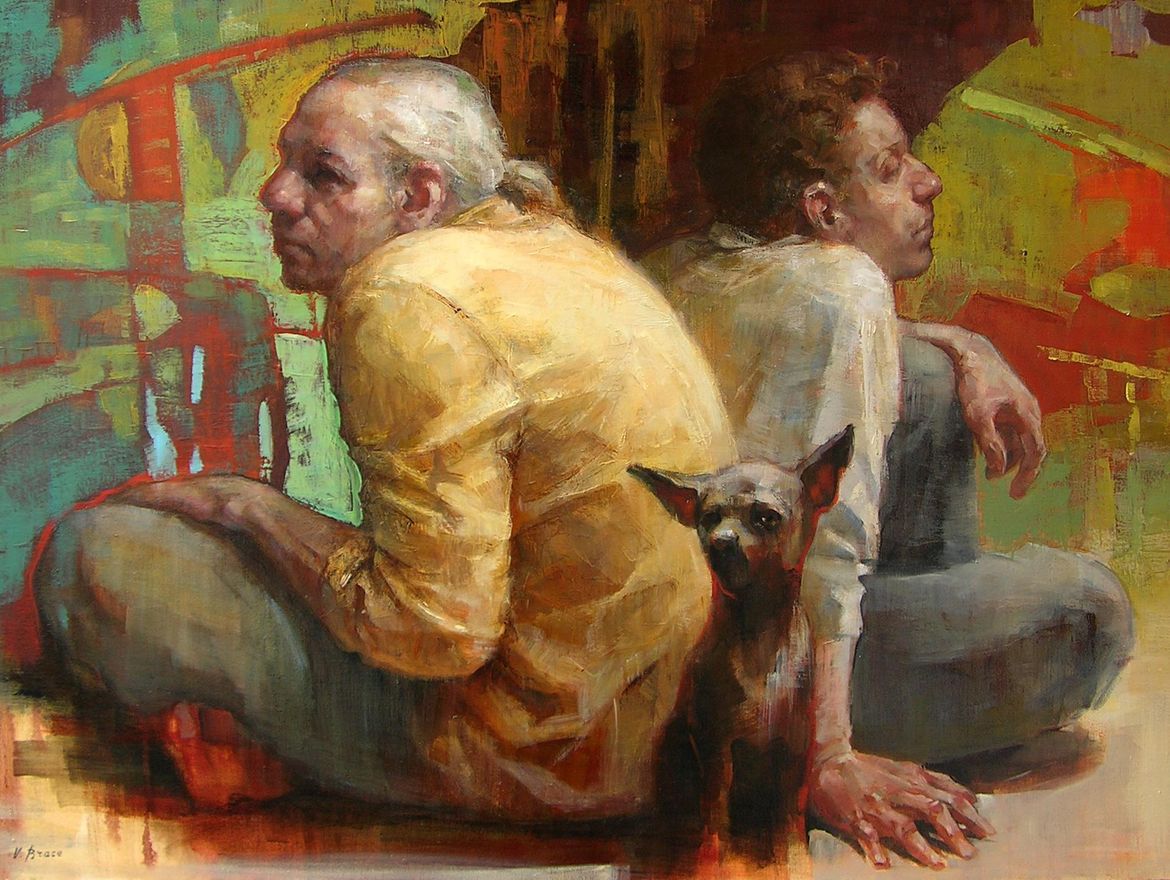 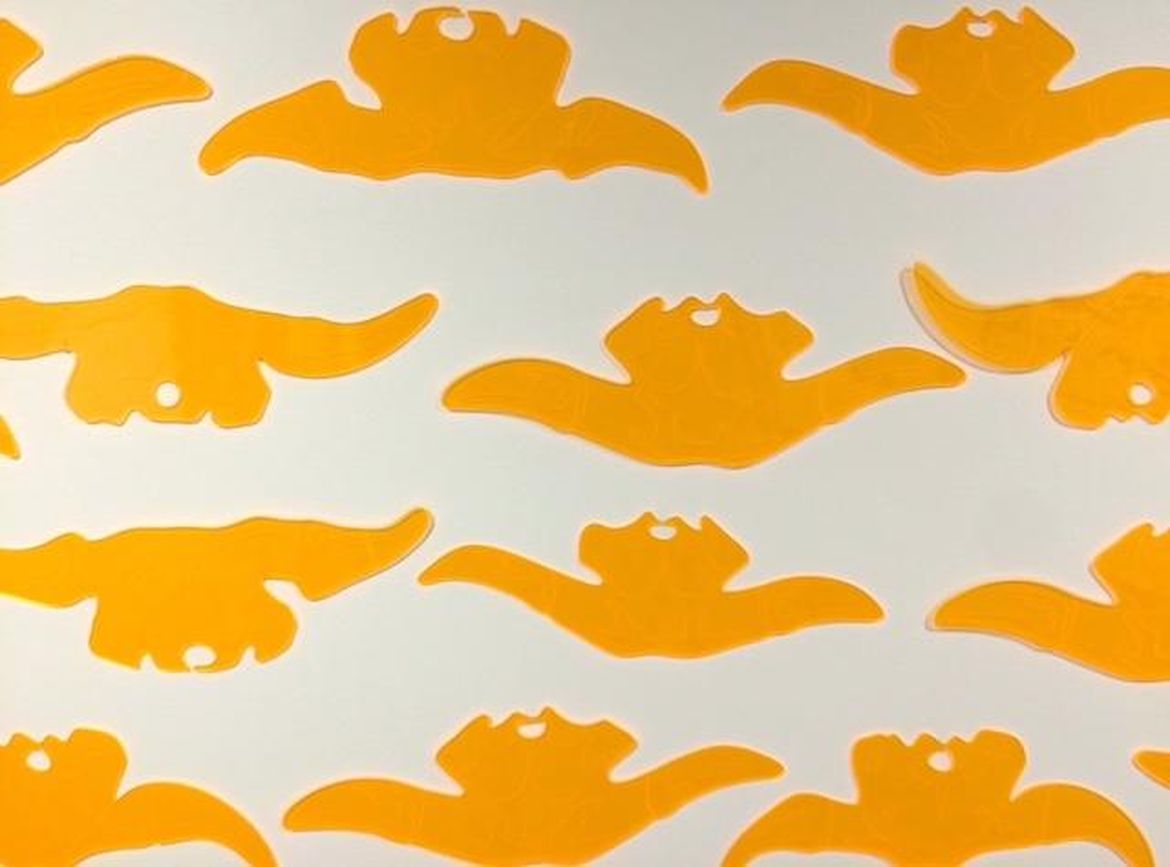 The exhibit will be part of citywide collaboration, “SATURATE,” organized by the nonprofit Spokane Arts. SATURATE seeks to shine a spotlight on Spokane’s diverse, yet under-recognized, artists of color during … 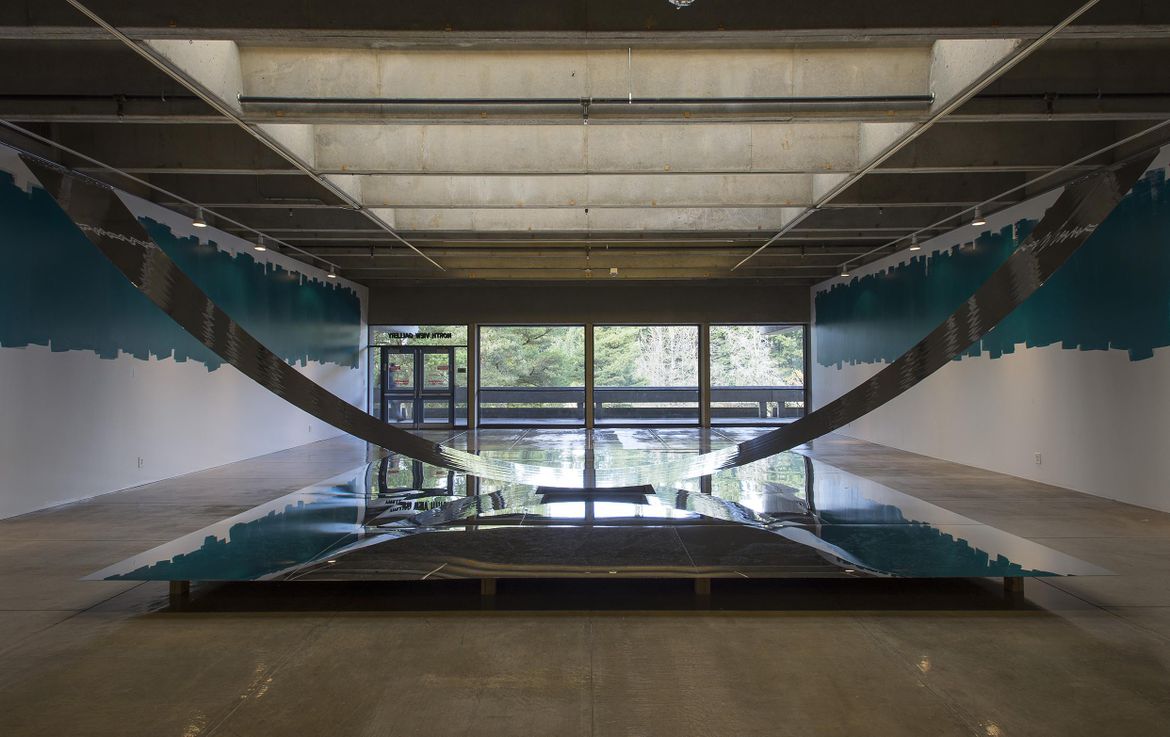 Cheney gallery’s unusual round space will be filled as Jenene Nagy creates the installation called “scablands.” 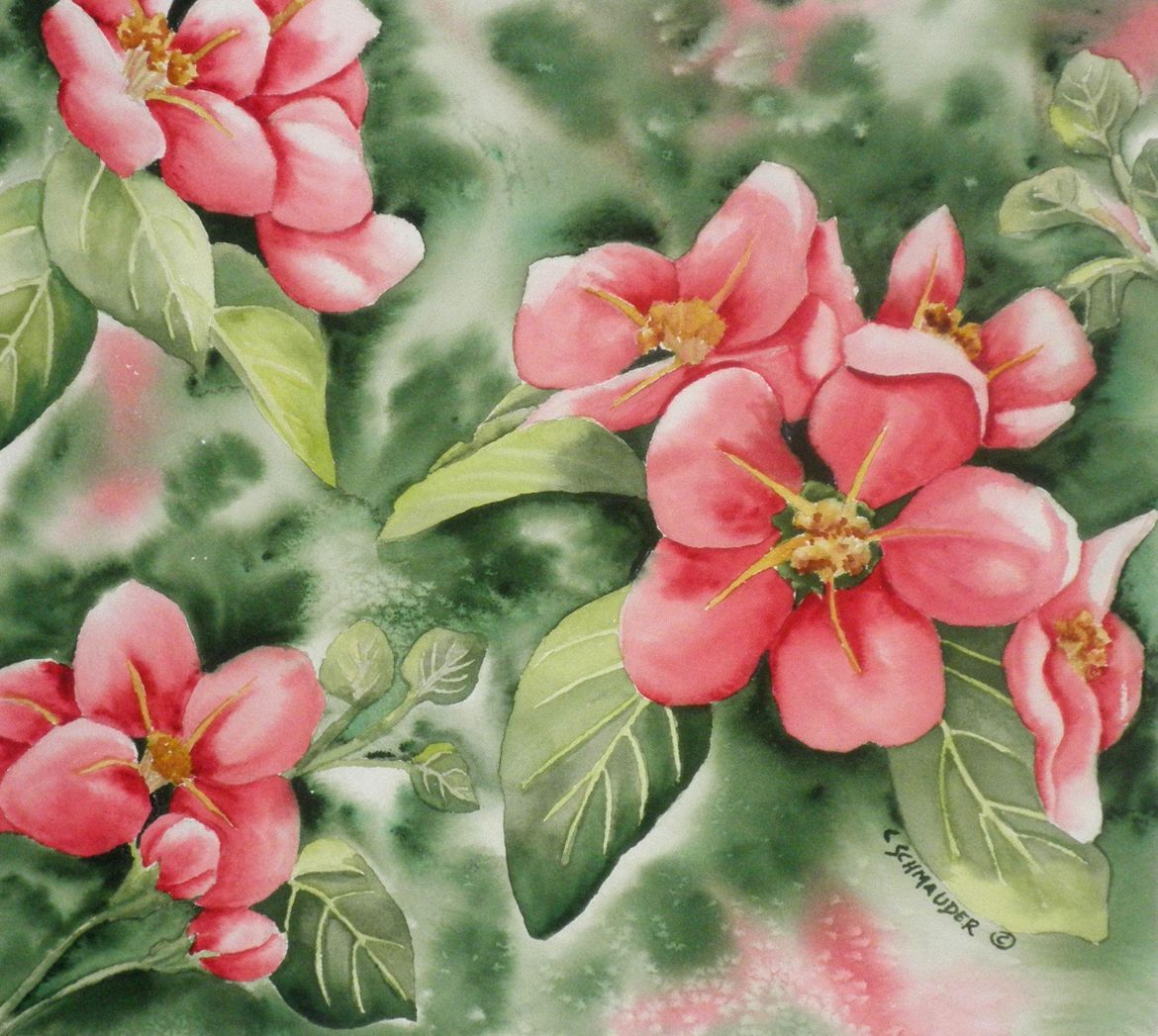 “Thoughts of Spring,” a new group show at Avenue West Gallery, is among the new art shows opening this weekend.