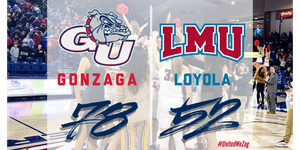 FINAL: Gonzaga 78, Loyola Marymount 52. Jill Townsend had a career high 28 points as the Zags move to 20-1 on the season. 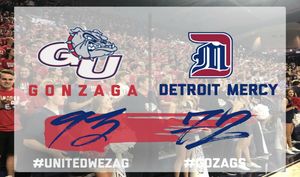 Gonzaga beat Detroit Mercy 93-72 to complete non-conference play 14-1. The Zags will start the WCC slate on Thursday at Portland. In this win over the Titans, head coach Mark … 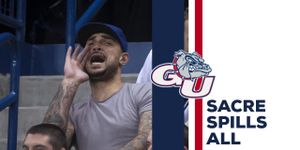 WATCH: Robert Sacre Is In The House

The man, the myth, the legend, Robert Sacre stopped by the station to talk all things Zags. With the Bulldogs headed to the Bahamas, Sacre had a lot to say … 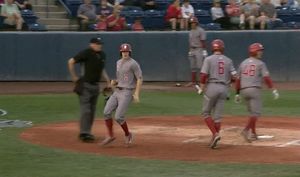 WATCH: Cougar bats step up in 9-5 win over Zags 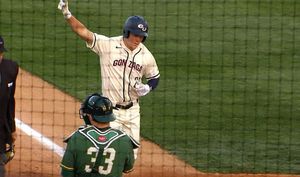 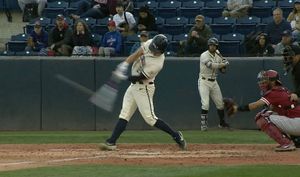 Gonzaga Bulldogs win 8-5 over the Washington State Cougars in a game you saw live on SWX. 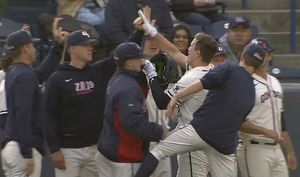 Sam Adams and Bob Castle recap the Zags big win over the Cougars on Tuesday night, that gave them their 20th win on the season. 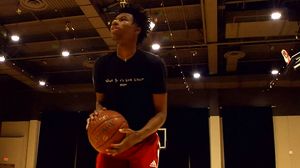 SWX’s Femi Abebefe had a chance to talk with Gonzaga 2020 commit Dominick Harris from Rancho Christian, who has been rated as one of the top 100 recruits in the … 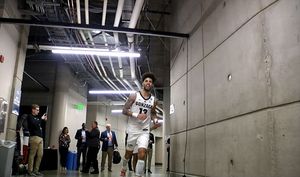 The Zags are back in California for their Sweet 16 matchup against Florida State and forward Brandon Clarke expressed his love for being back in the Sunshine State. 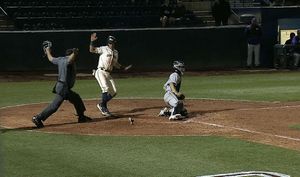 Gonzaga started the season with 20 straight games on the road, before having their home opener against the Washington Huskies on Tuesday. 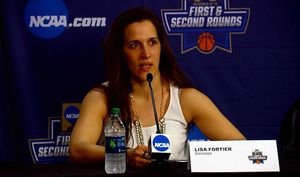 WATCH: Gonzaga falls short in 2nd Round of NCAA Tournament to Oregon State

The Gonzaga Bulldogs lost, 76-70 to the Oregon State Beavers in the NCAA Tournament, but have moved the team to new heights setting records in wins and received their highest … 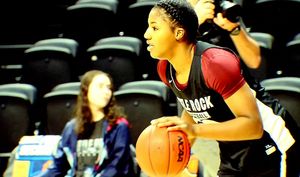 No. 12 Arkansas-Little Rock is embracing their underdog role when they take on No. 5 Gonzaga in the NCAA Tournament opening round Saturday. 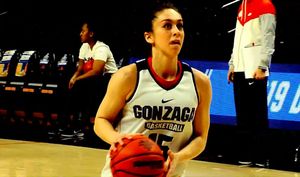 The Gonzaga women are ready to make their third-straight NCAA Tournament appearance, facing off against No. 12 Arkansas-Little Rock Saturday afternoon in Corvallis, Ore. 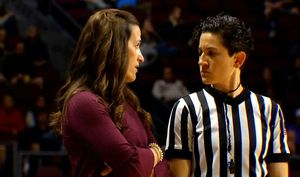 WATCH: Gonzaga trying to move on from key injuries, focus on depth in NCAA Tournament 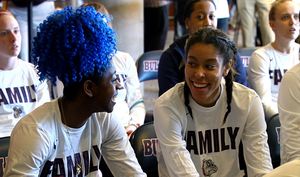 Senior Zykera Rice is in her final season with Gonzaga, as she looks to have one last go-around with the team in the NCAA Tournament. 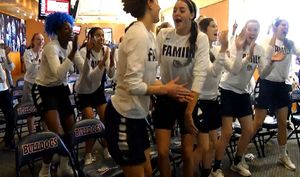 WATCH: Zags lock up their highest seed ever in the NCAA Tournament

SWX’s Rob Jesselson caught up with Jessie Loera, as the Zags locked up the #5 seed in the NCAA Tournament - their highest ever - and will take on Little … 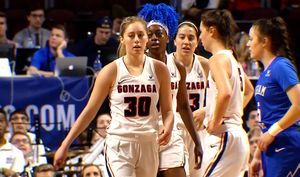 SWX’s Rob Jesselson caught up with Gonzaga’s Chandler Smith, as the Zags look to begin the NCAA Tournament on Saturday against Little Rock. 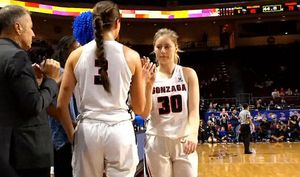 The Gonzaga Bulldogs men’s and women’s basketball teams couldn’t get it done on Tuesday, as they fall just one win away from a WCC Championship. 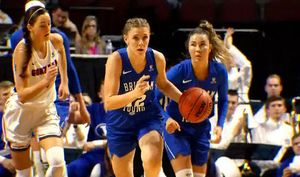 Down Jill Townsend and Laura Stockton, the Gonzaga Bulldogs couldn’t beat BYU, as the Zags fall just short in the WCC Championship game. 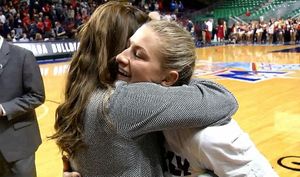 The Gonzaga Bulldogs are off to the WCC Championship game after defeating Saint Mary’s in 2OT and losing two key players in Laura Stockton and Jill Townsend. 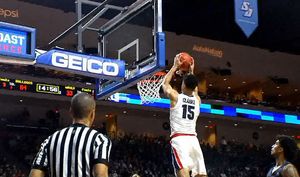 The Gonzaga Bulldogs got past the Pepperdine Waves, 100-74 to advance to their 22nd straight WCC title game. 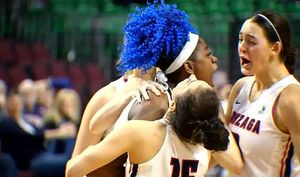 The Gonzaga Women beat Saint Mary’s in the WCC Semifinals, 78-77 to advance to the conference championship game on Tuesday. 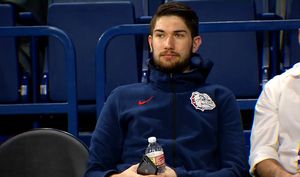 Sidelined again for the past month, forward Killian Tillie has a shot at returning to Gonzaga’s lineup for the WCC tournament according to Head Coach Mark Few. Tillie suffered a … 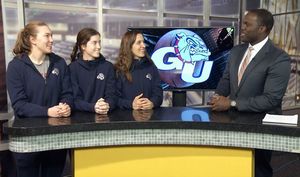 The Gonzaga women’s basketball team will be the top seed in the WCC tournament after clinching the regular-season title. Prior to departing for Las Vegas, Head Coach Lisa Fortier & … 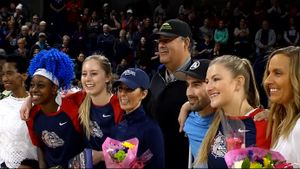 No. 16/14 worked its way to a 68-58 win over Loyola Marymount on Senior Day, giving the Zags outright control of the WCC regular season title. Seniors Laura Stockton and … 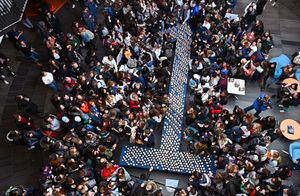 The food service made 1000 cupcakes to celebrate Gonzaga mens basketball #1 ranking in the AP college basketball poll. The students devoured the cupcakes in a matter of minutes at … 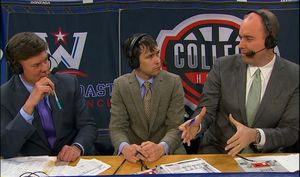 Hear from Greg Heister, Dan Dickau and Richard Fox as the crew wraps up their final game of the 2018-19 season for Gonzaga, a 92-64 win over Pepperdine that saw … 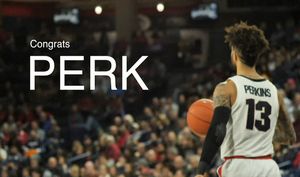 Hear from various former Gonzaga standouts as they share kind words towards Josh Perkins, who became the career leader in assists for GU Thursday night in a win against Pepperdine. 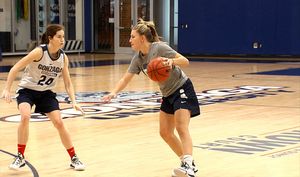 The Gonzaga Bulldogs have four regular season games left in the season, but winning the WCC title is no guarantee, but the team takes comfort in knowing they control their … 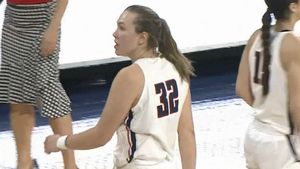 WATCH: No. 13 Gonzaga women knocked off by BYU again

The Gonzaga women fought back from a double-digit deficit to tie the game late, only to fall for the second time this season to BYU, 66-64 in the Zags’ first …