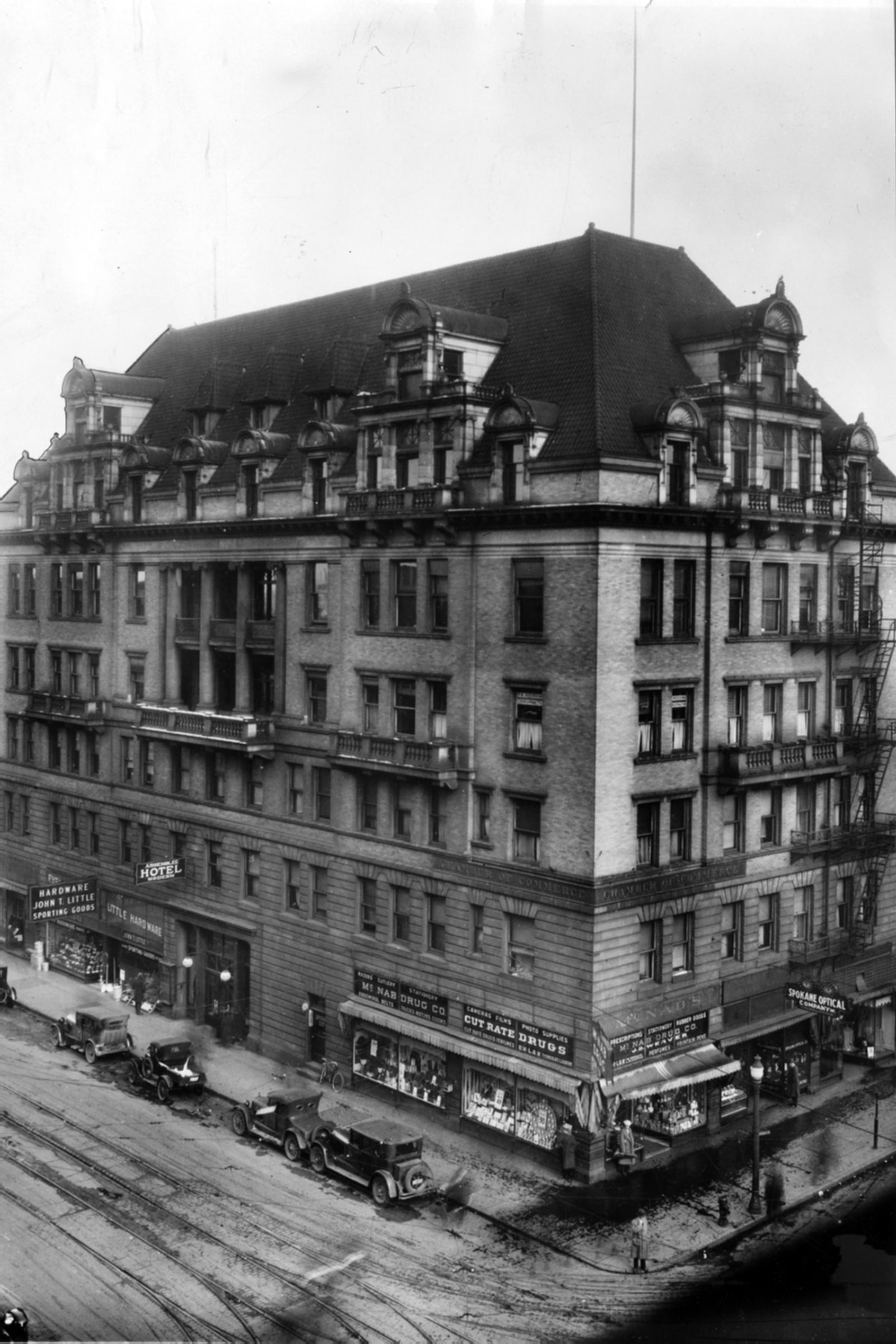 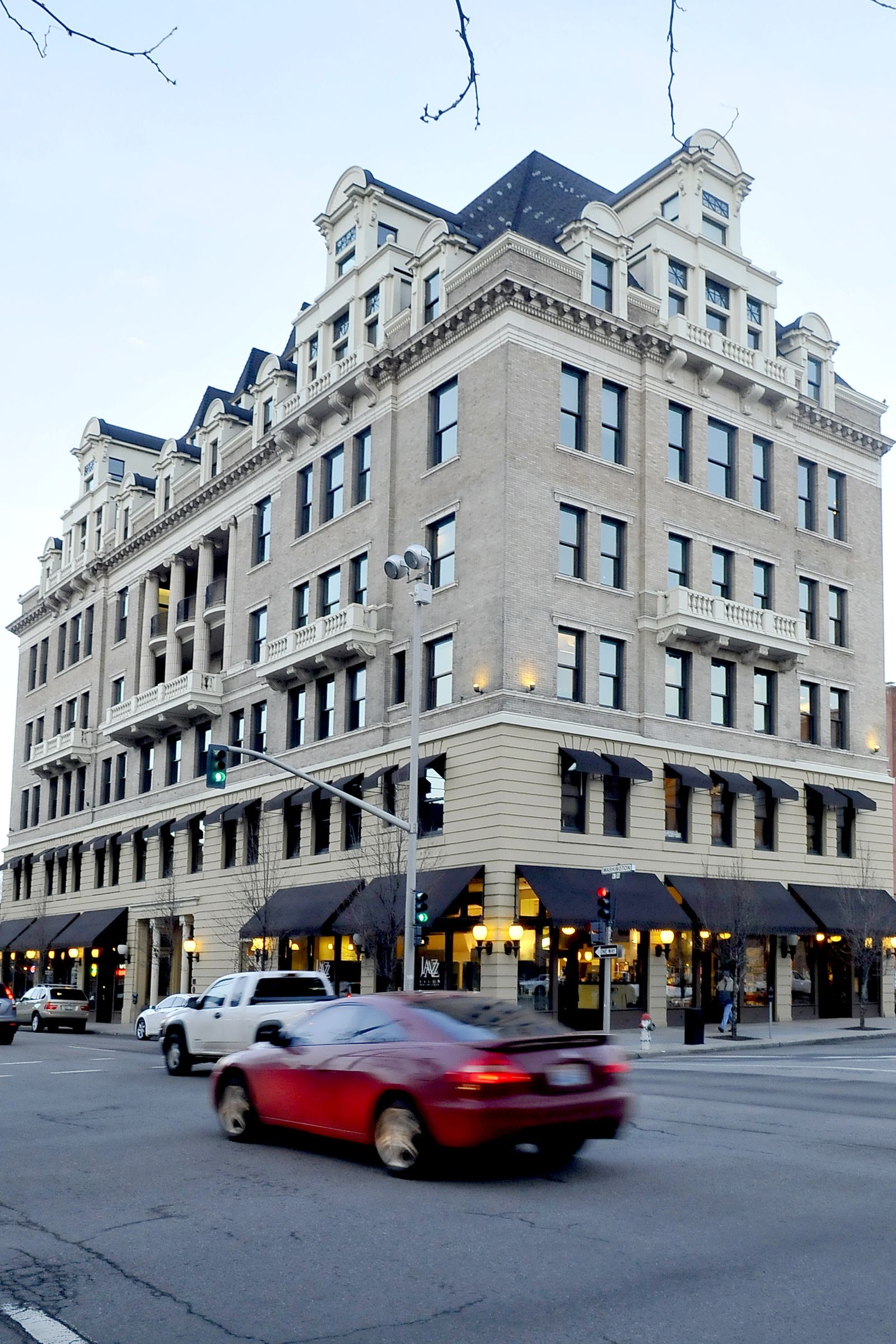 Image One Photo Archive | The Spokesman-Review
Image Two Jesse Tinsley | The Spokesman-Review
It's been called the Metals Building, the Assemblee Building and the American Legion Building. Wealthy Spokane industrialist F. Lewis Clark built the elegant Renaissance Revival five-story building at Riverside and Washington in 1900 to house the Spokane Club and other businesses. Clark made his enormous wealth in land development, flour milling and railroads. He sold land to Louis Davenport to build a luxury hotel. He was a yachtsman who helped found the America's Cup race. But in 1914, on a visit to California, Clark disappeared, possibly committing suicide by jumping in the ocean. His hat was found near the pier in Santa Barbara. His building was later sold to the Metals Bank of Butte, then to an American Legion post in 1946. In 1939, owners installed a flat roof after fire destroyed the intricate mansard roofline. The roof was restored in the 1990s.