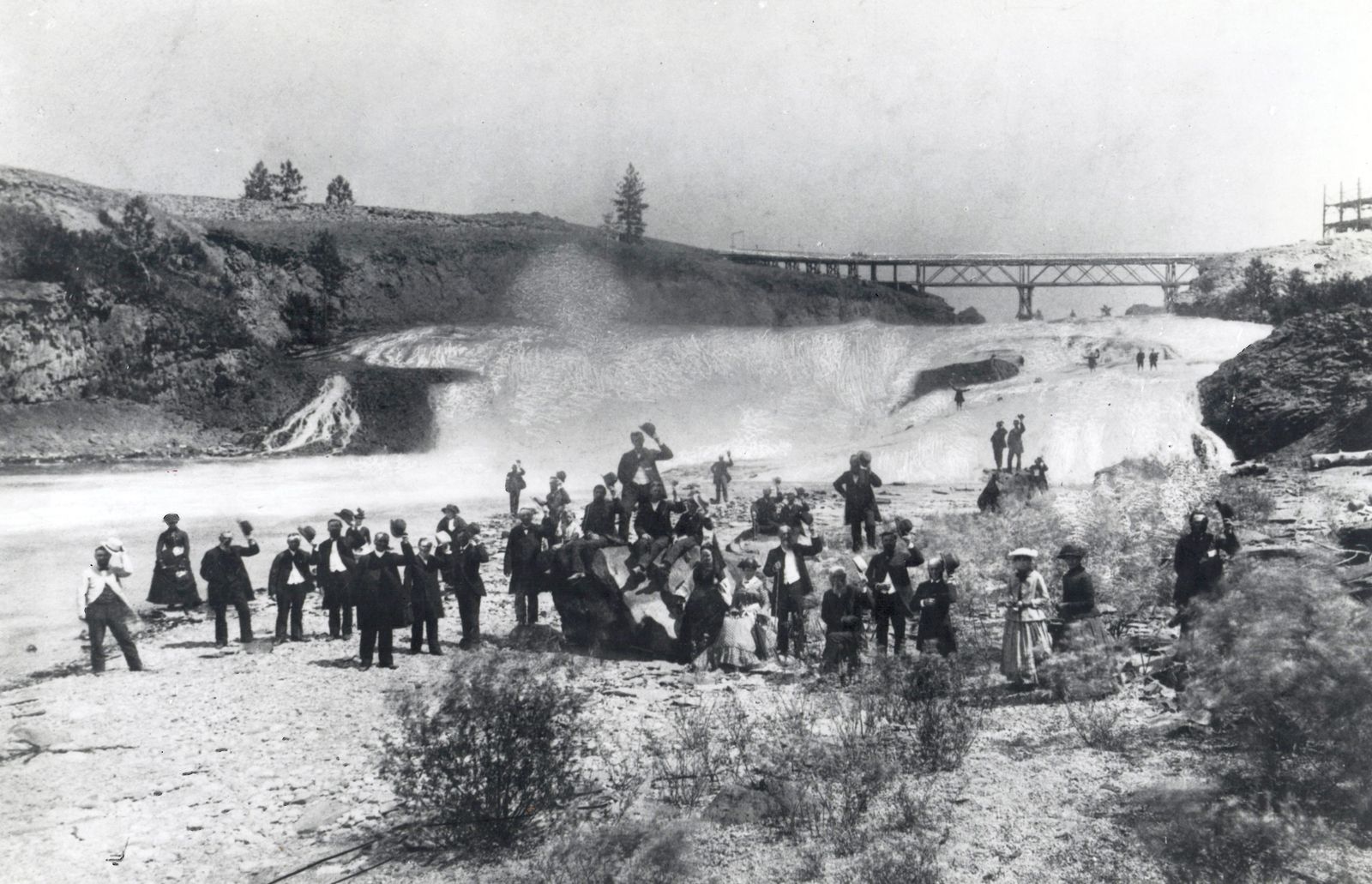 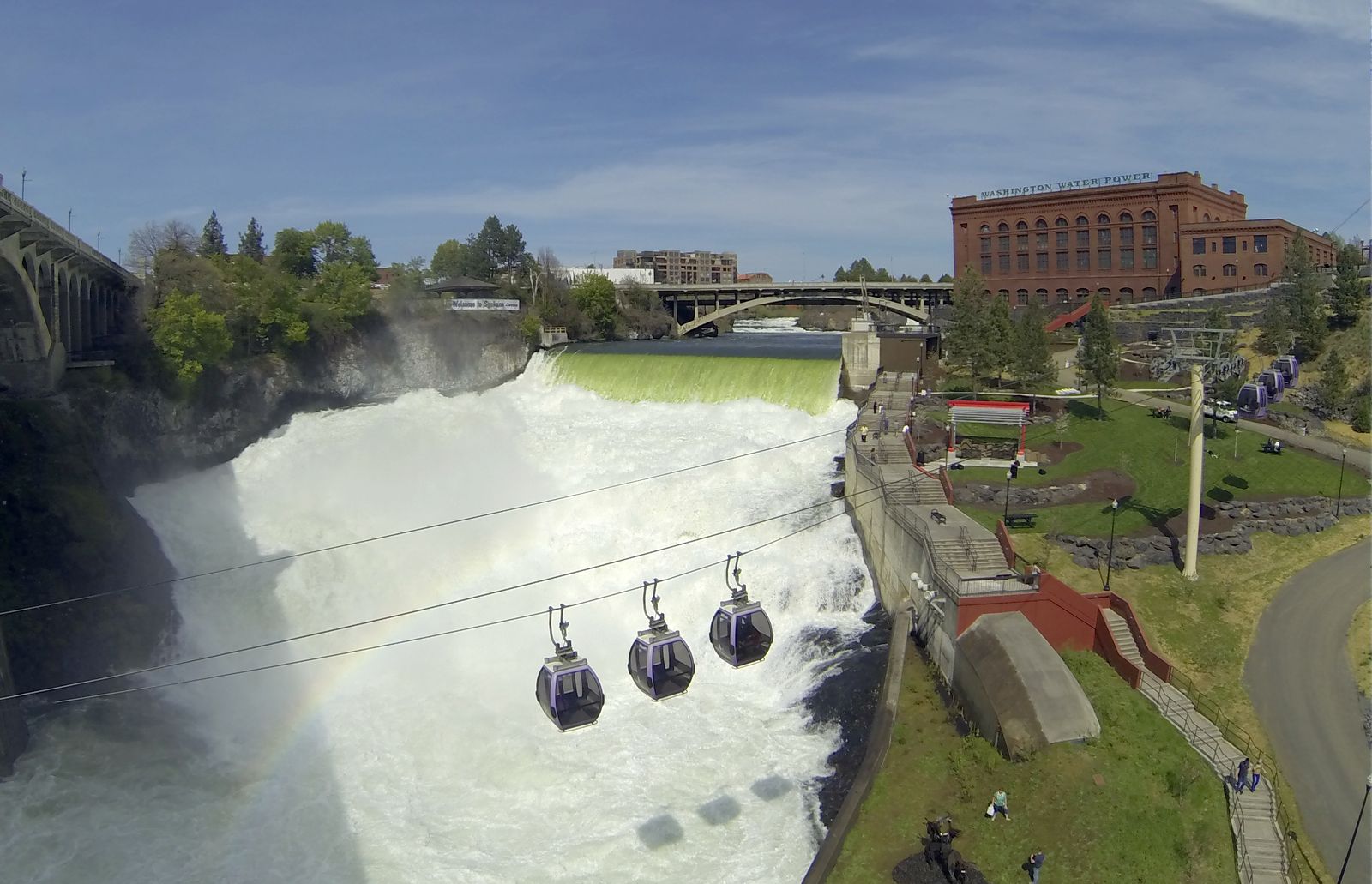 Image One Courtesy of Avista Corporation
Image Two Jesse Tinsley | The Spokesman-Review
The earliest white settlers around the Spokane Falls in the 1870s lit candles and lanterns against the dark of evening, but Thomas Edison and the incandescent bulb would change all that in the 1880s. Edison had already invented a durable electric light bulb when he and other technical pioneers established the first electrical utility in New York in 1882. Railroad magnate Henry Villard, who had brought the Northern Pacific’s rails to Spokane that same year, was an enthusiastic backer of the electric light bulb and had Edison install generators and lights on his personal yacht, The Columbia. According to legend, one of Villard’s generators was brought to Spokane in 1885 and became the first of its kind here, set up in the basement of a flourmill by George A. Fitch. The newfangled “arc dynamo” only powered a string of 10 streetlights in the downtown area, but it was a start. Other groups quickly formed, including The Spokane Falls Light and Power Company and the Edison Electric Illuminating Company of Spokane Falls. All the early generators were built near flumes where a wheel could be placed in swift water to provide power, but sometimes the water level dropped, or rose and flooded out the power plant. But the developers and investors in the new technology could see that a larger, more permanent installation was needed. F. Rockwood Moore and a group of investors formed Washington Water Power Company in March of 1889 to develop the lower falls and avoid the 30 percent royalty fee that the Edison company was giving to the inventor. Just five months later, a stray spark started the massive 1889 fire that destroyed the downtown area. But by the next night, electric lights lit the rubble of the fire thanks electricity traveling down baling and barbed wire strung on anything that would hold it. In November of 1890, the large WWP powerhouse below the Monroe St. Bridge switched on, signaling the end for smaller independent generation plants. WWP bought out the Edison Company in 1891 and began buying streetcar lines. In 1895, the company bought Twickenham Park on the west side of town and changed the name to Natatorium Park. For several decades it was a popular ball field, amusement park and social meeting spot. By 1899, virtually all the generating companies and most of the streetcar lines were consolidated under the WWP Company. This year is the 125th anniversary of the company, now called Avista Corporation.