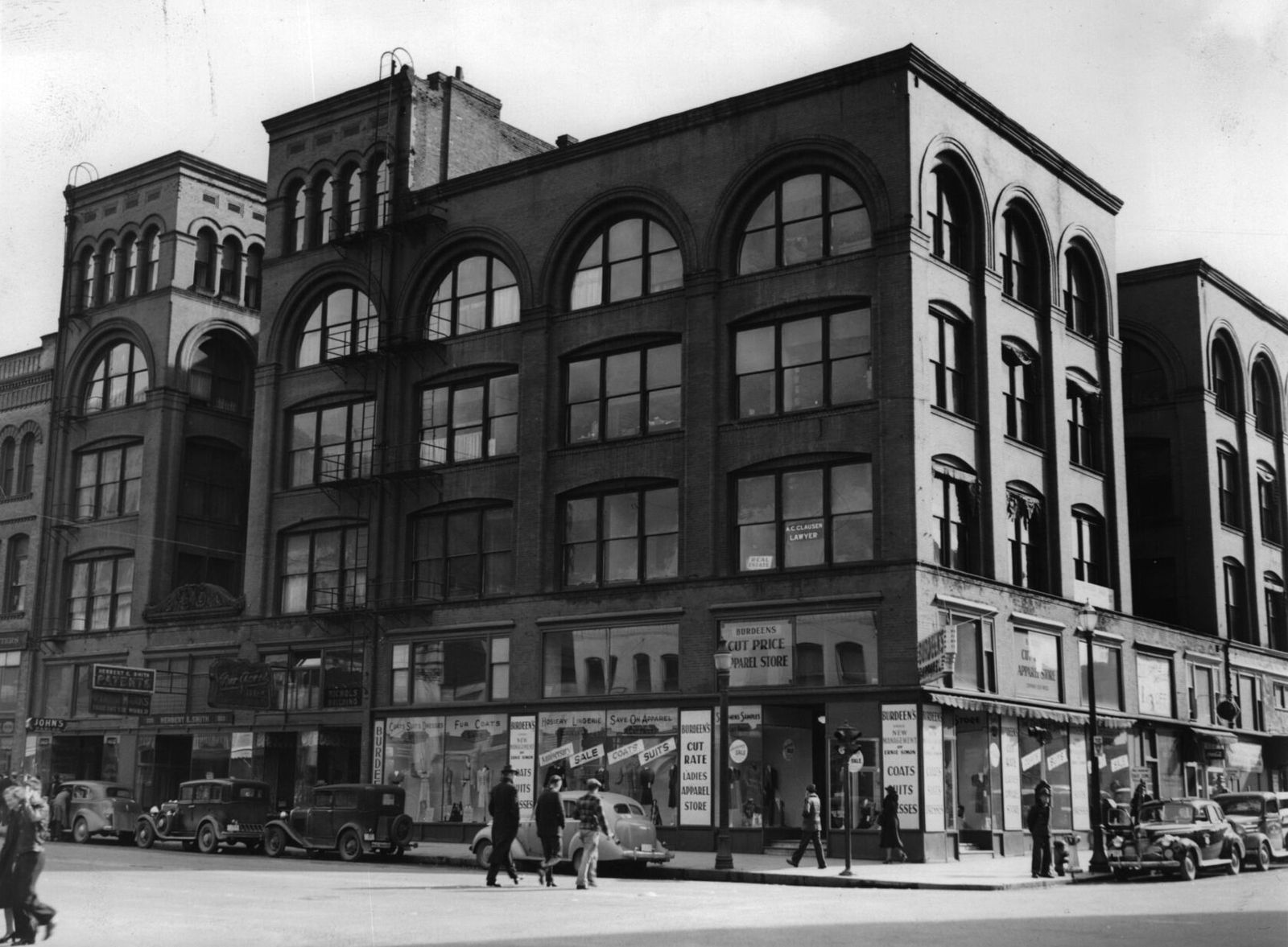 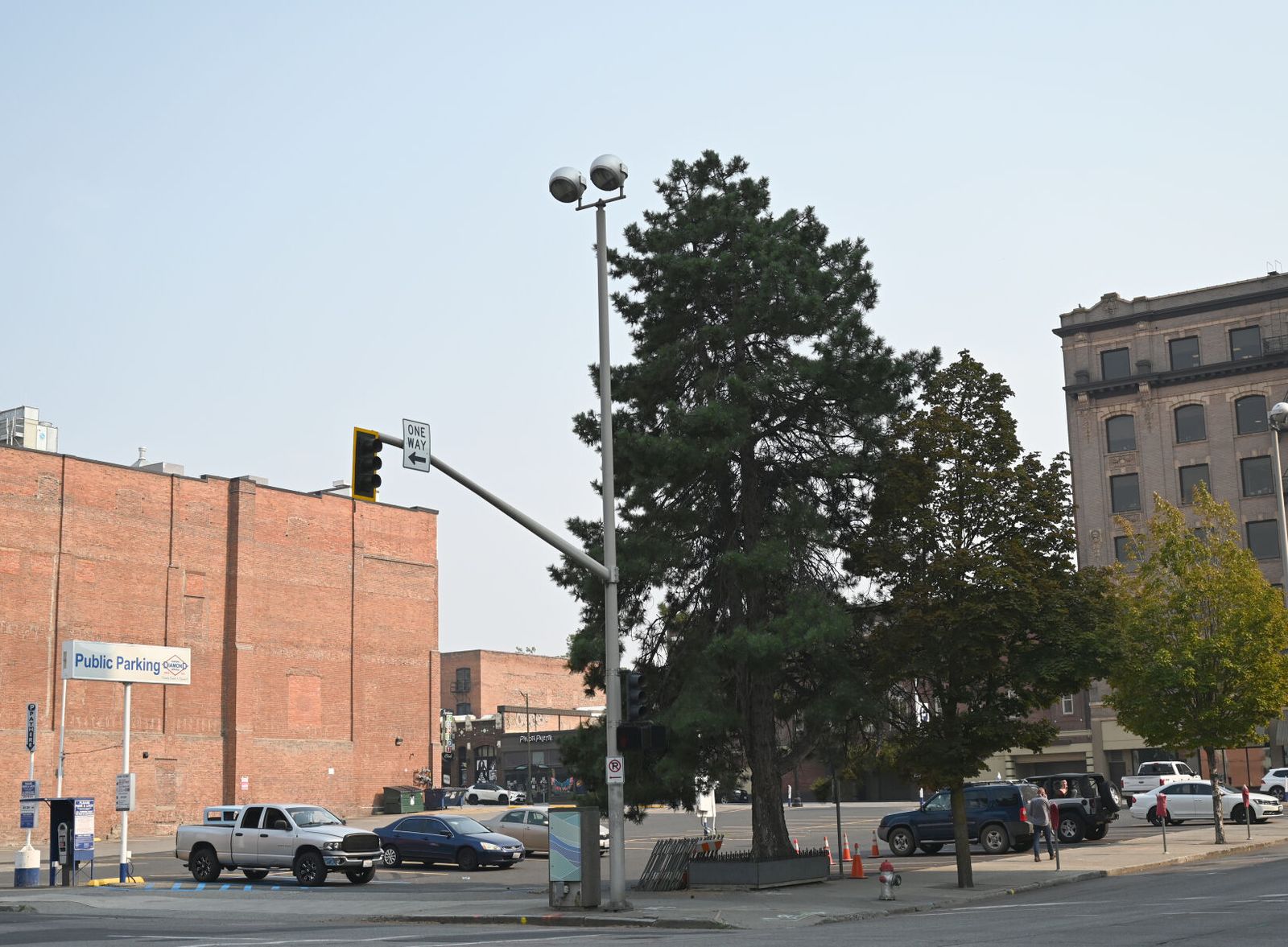 Then and Now: The Lindelle Block

The Lindelle Block and adjacent Nichols Block were built in 1890 and wrapped around the block bounded by Sprague Avenue, Washington Street and Riverside Avenue. The partners in the buildings were Herbert B. Nichols and Lindon W. Bates. Nichols worked in real estate and was a founder of the Spokane Club.

Bates, a civil engineer from upstate New York, lived in Portland while working on major projects for the Northern Pacific railroad.

Although the name’s origin is not documented, the construction of the Lindelle building approximately coincided with the birth of Lindell (no “e”) Bates, the younger son of Lindon and wife Josephine. Another son, Lindon Jr., was six years older.

Bates traveled the world, building a shipping terminal in Antwerp, Belgium, as well as dredging the Mississippi River and the Suez Canal. He built the causeway and seawall to protect Galveston, Texas, after the devastating hurricane in 1900. He designed the “three-lake” plan for the Panama Canal.

When World War I broke out, Bates and his family worked for the American Commission for Relief in Belgium. Lindon Jr., also a well-known engineer, was traveling to Belgium to help with relief efforts when his ship, the Lusitania, was struck by a German torpedo and he perished. He was 25. The sinking of the Lusitania drew the U.S. closer to joining the war.

Lindon Bates Sr. died in 1924 in Paris. Lindell Bates was a prominent international attorney and died in 1937.

Over the years, the Lindelle building housed a variety of retail businesses, professional offices, apartments and public spaces, including the Lyric Theater, added in 1911, which staged drama and vaudeville until it converted to movies in 1915. In 1928, an early morning bomb blast damaged the theater. There were no witnesses and no one was ever charged. The Lyric reopened but theater business dropped off. A church took over the theater in 1931.

The Nichols and Lindelle buildings were donated to the city in 1962 by the owners of the Spokane newspapers for a new city hall, a plan that was later shelved. The buildings were torn down in 1963.

CAPTION: The 1940 photo above shows the Riverside Avenue and Washington sides of the Lindelle Block and part of the adjacent Nichols Block at far left.The buildings were finance in 1890 by businessman Herbert B. Nichols and Lindon W. Bates, a civil engineer who worked on railroad projects while living in Portland. Bates had a son named Lindell (no e), born around the Lindelle building was constructed.