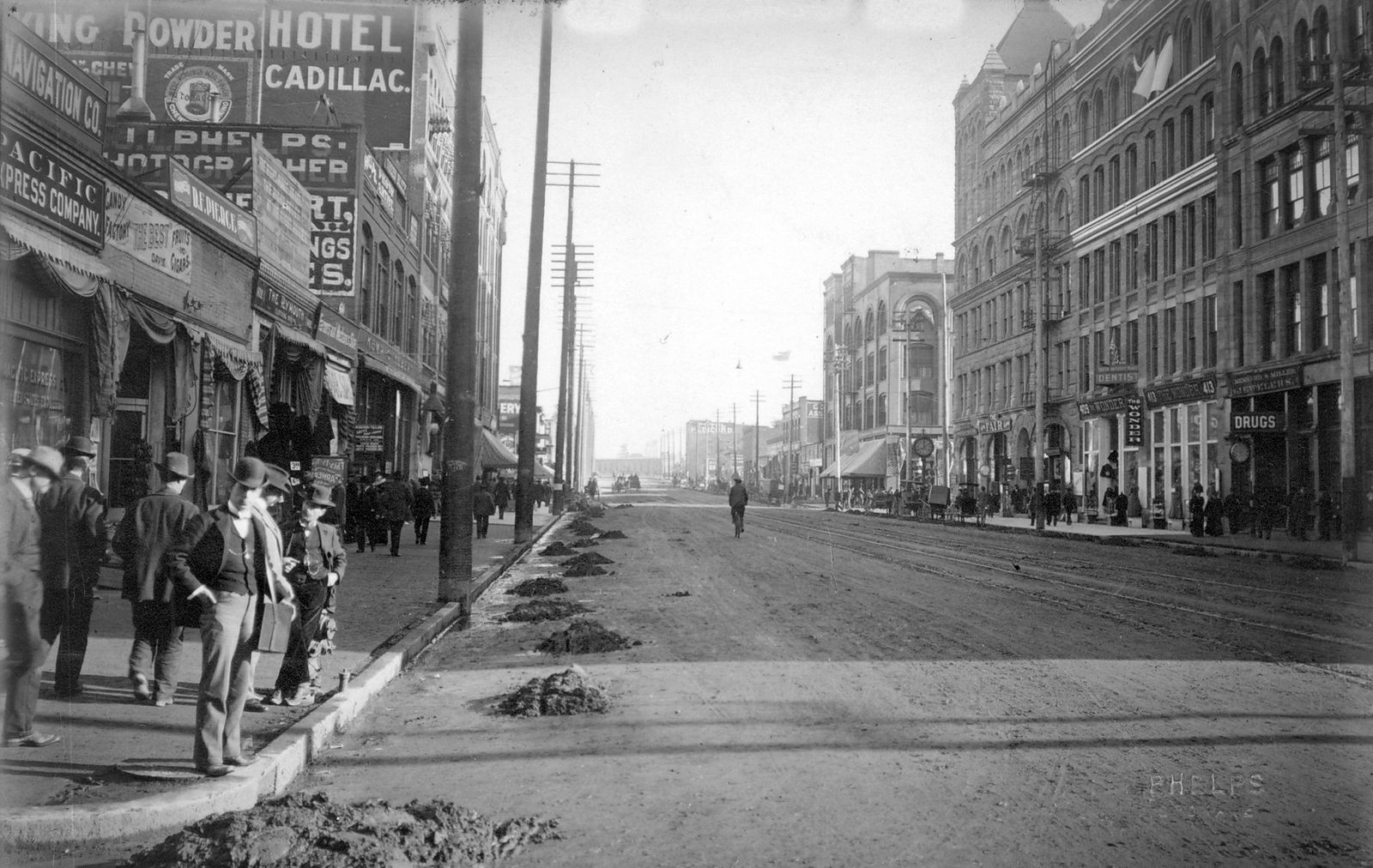 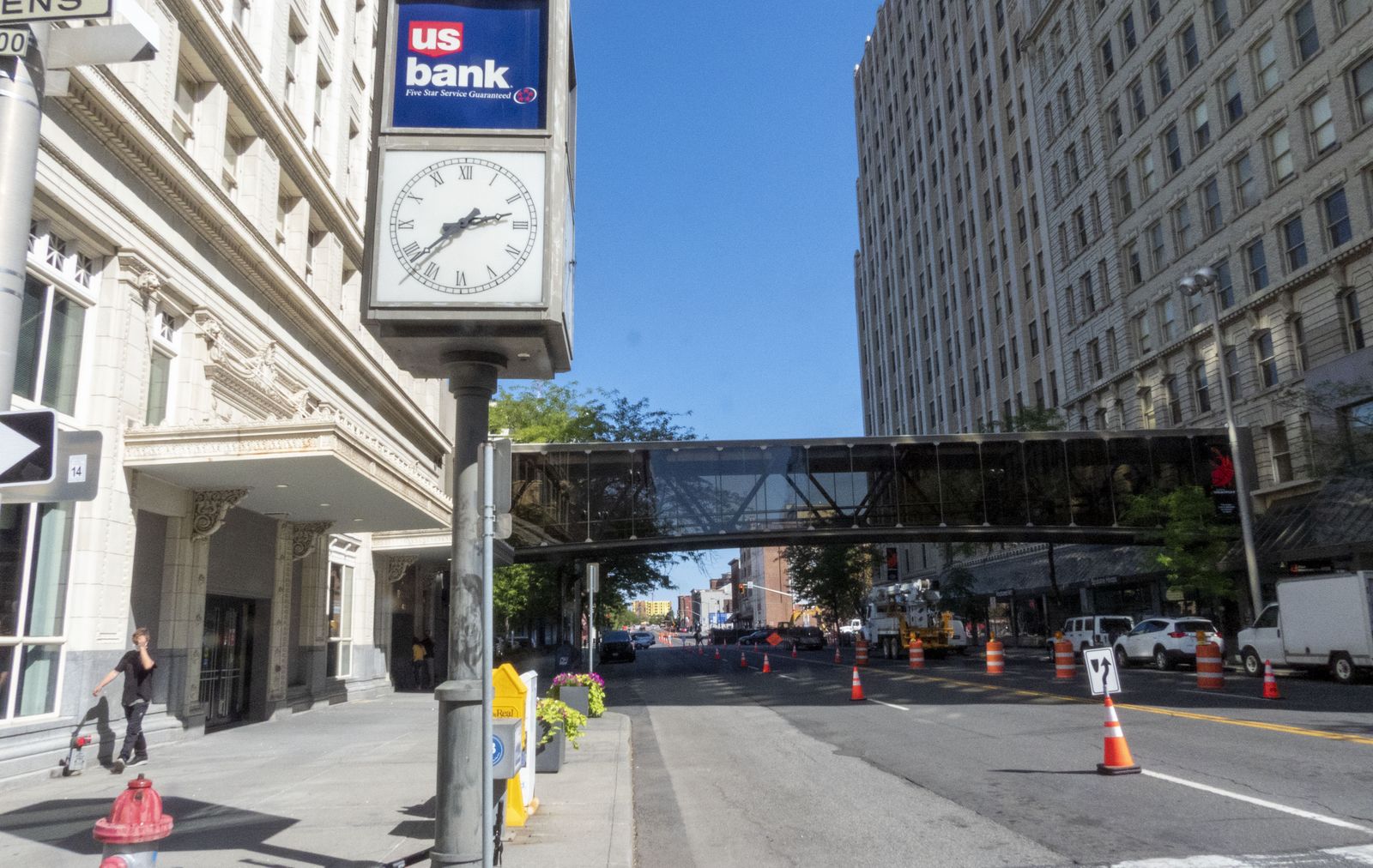 Then and Now: J.L. Phelps

Early Spokane photographer J.L. Phelps wouldn’t become as famous as Charles Libby, who documented the city for more than 65 years, but he was Spokane’s favorite baby photographer for almost 40 years.

Phelps, born in Detroit in 1867, was raised by aunts and uncles in Pennsylvania after his mother died when he was a baby. He apprenticed in a photography studio there to learn the business.

Phelps grew up with severe asthma. On his doctor’s orders, he decided to move out West, initially planning to go to Walla Walla. He ended up in Spokane and worked briefly for photographer Helen Rosenkranz, then hired on with Edward E. Bertrand’s studio around 1893. He took over the business, one of only five studios in the city at the time, after Bertrand died in 1894.

Phelps specialized in photographing babies and children. A 1901 Spokane Chronicle story said that Phelps had advertised a one-day discount in the newspaper, leading him to photograph 78 babies in one day while turning away 100 others who had called for appointments.

His studio was busy enough that he hired a teenager, Dora Seaver, in 1901 to help out. She learned the secrets of putting subjects at ease by using a music box or a tiny stuffed bird on her fingertip. She explained to a Spokesman-Review reporter why in old-fashioned wedding photos a groom often sat, with his bride behind him,: to hide the baggy knees in men’s unpressed trousers.

In 1922, The Palace department store celebrated “Baby Week” by filling their windows with 680 baby pictures, all taken by J.L. and Dora.

There was a 17-year age difference, but Phelps and Seaver married. “She was so competent and attractive that after eight years of service, we entered into a life partnership and have been conducting business ever since,” he said in 1930. They had one daughter, Gertrude.

Spokane’s dry air cured Phelps’ asthma. “I have always been an enthusiast over the city and our climatic conditions,” he said in 1930. “Now after nearly four decades of residence during all of which I have had good health, I would be an ingrate to feel otherwise.”

The Phelps had the oldest active photo studio in Spokane when he died in 1931. Dora ran the studio for many years afterward and passed away in 1976.

Caption: 1905/2021 - The J.L. Phelps photo, circa 1905, shows the Phelps' storefront on the 400 block of West Riverside Avenue as indicated by the painted sign at upper left. The photo may have been taken by Dora Seaver, who J.L. hired in 1901 to keep up with the demand for baby pictures in Spokane. In the 2021 scene, we see that the buildings on the 400 block of West Riverside have completely changed since Phelps' photo. On the south side of the street, the 1908 August Paulsen building and the 1928 Paulsen Medical and Dental Building have taken the place of the Granite Block, the Post Office Block and the Tull Block.