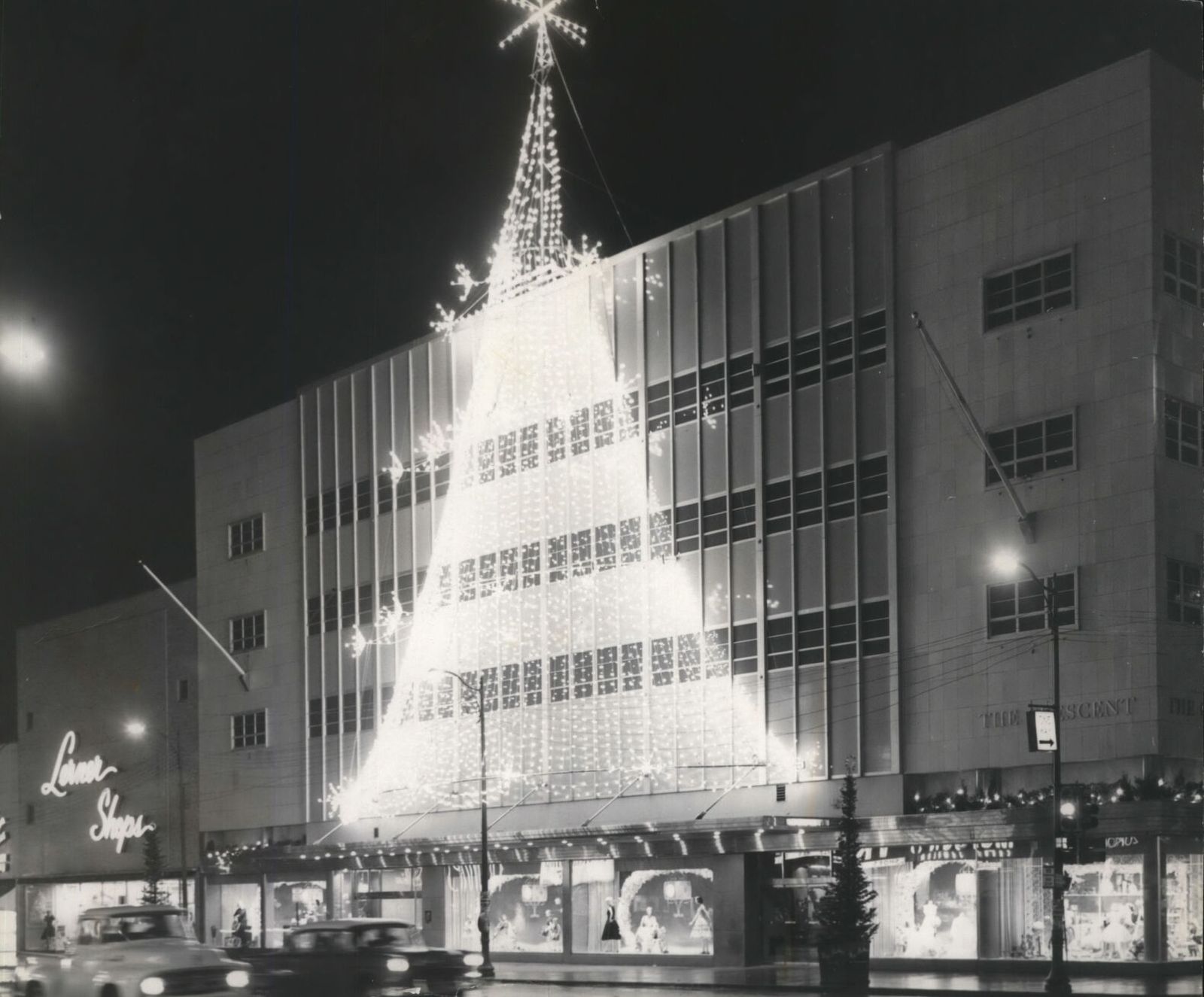 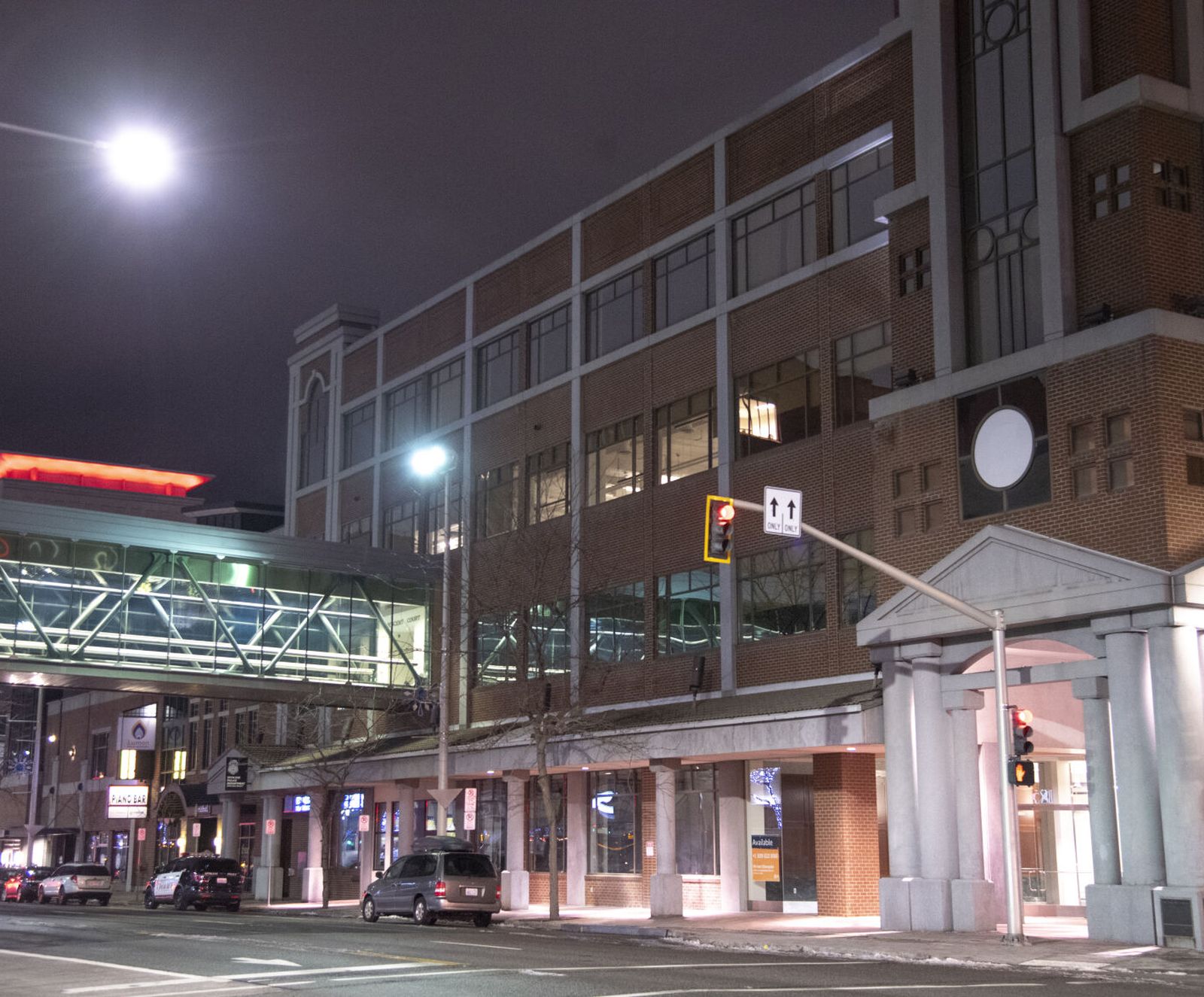 Then and Now: The Crescent and Christmas

The Crescent, an early dry goods store founded in 1889, transitioned into a major holiday shopping draw. Although the Crescent name disappeared in 1988, the wonder of the store’s holiday displays are fondly remembered. The store’s elaborate window displays live on in the revived Christmas displays in the windows at the Davenport Grand Hotel and elsewhere.

At one time, the Crescent’s loyal customers returned each holiday season, even with the competition of national retail giants Sears, J.C. Penney and Montgomery Ward and Bon Marche.

The first Crescent store was housed in the gently curving Crescent building where The Spokesman-Review building now sits at 909 W. Riverside. It was called Spokane Dry Goods when it opened Aug. 5, 1889, the day after the catastrophic downtown fire that leveled 32 blocks of the downtown. The blaze spared the store.

As the downtown’s only remaining store, the entire inventory was sold on opening day. Owners Robert B. Paterson and James Comstock made their reputation by not price-gouging during the post-fire sale.

The Crescent moved to the 700 block of West Riverside 1899. The store sold automotive parts, clothing and farm tools, but became a true shopping landmark with the opening of their large building on MainAvenue in 1919.

Running from the Riverside doors to the Main entrance was the Arcade, a long gallery lined with tasteful window displays and individual shops opening off both sides. At its peak, the Crescent had 5.2 acres of floor space designed as a gathering place and elegant shopping experience.

Customers dressed up to visit the cafe, see fashion shows or pick out wedding gifts. Parents brought children to see the Christmas window displays. With expansions in 1949 and 1973, the Crescent eventually spanned from Riverside to Main.

A store was added at NorthTown Mall in 1959 and University City in 1969. The Crescent company sold to Chicago retail giant Marshall Fields in 1962. Marshall Fields was bought in 1982 by an even larger retail group that spun off the Crescent and the Frederick & Nelson stores in 1988. All the stores took the F&N name before the entire chain closed for good in 1992.

1958: This large Spokane Christmas tree display is made up entirely of lights at the Crescent, 710 W. Riverside Ave. The tree, some 75 feet in height, was designed by the Crescent’s display director, Howard Schneider.

Present day: After the beloved homegrown department store closed for good in 1992, the building was remodeled into Sterling Saving Bank in 1994. Sterling was bought by Umpqua Bank, which later downsized their offices. The ground floor of the building is now a Spokane Police precinct.