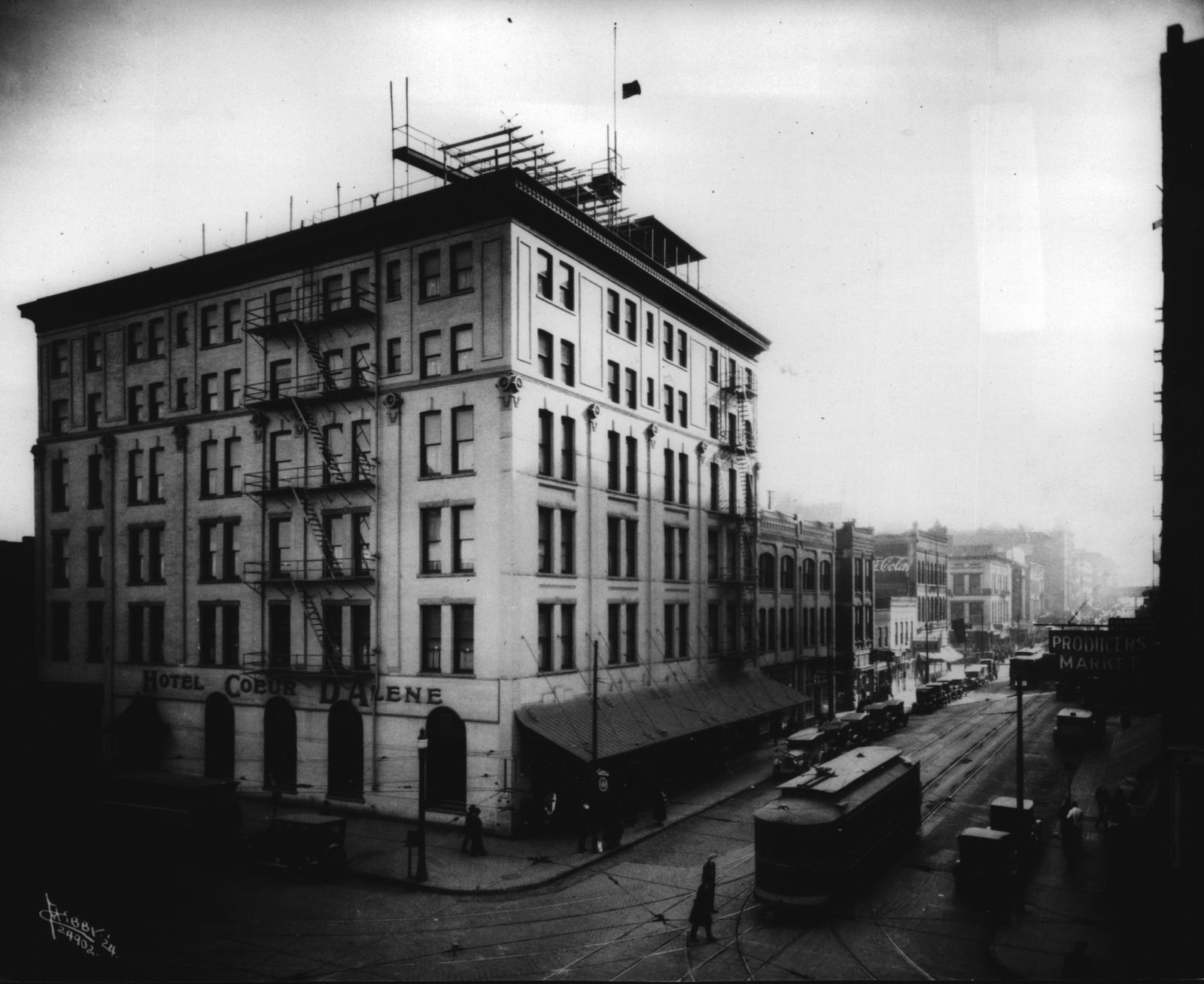 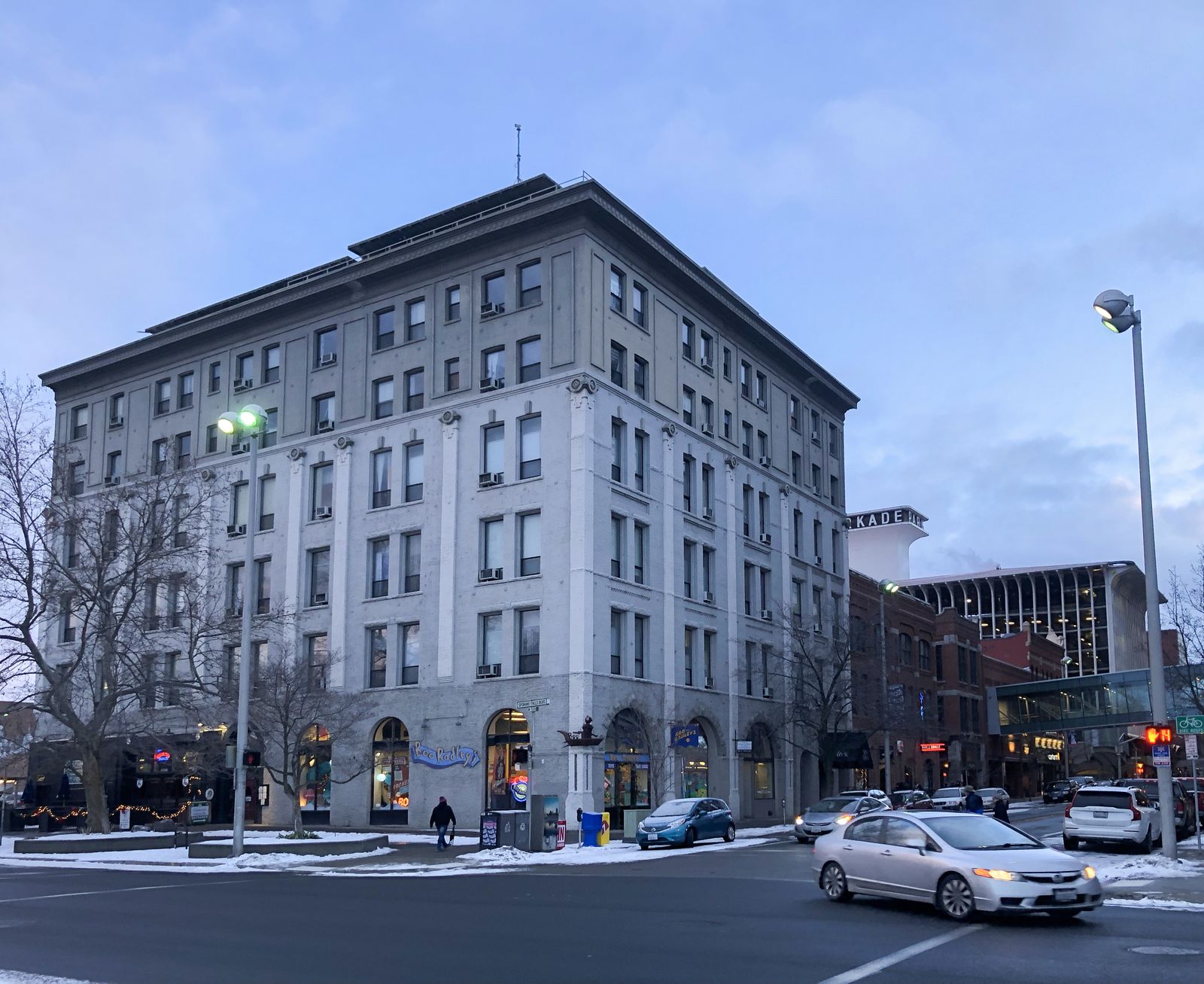 Then and Now: Hotel Coeur d'Alene

Jacob Goetz, born in Frankfurt, Germany in 1853, was one of Spokane’s most colorful characters. He immigrated to the United States in his teens and arrived in the Northwest in the mid-1870s, about the time that city founder James Glover was claiming the townsite that would become Spokane.

In 1881, Goetz and business partner Harry Baer began operating saloons, restaurants and lodging businesses, usually in big tents, near railroad construction camps throughout North Idaho and Western Montana. His businesses would move with the workers as they laid tracks across the region.

Goetz, now going by the nickname “Dutch Jake,”, began feeding the miners, many of them nearly broke or starving from unsuccessful prospecting in the winter of 1884. Goetz would feed the most destitute but also loan money to successful miners, getting him a percentage of whatever they found. He staked Phil O’Rourke and Noah Kellogg, who eventually discovered the ore deposit that would become the Bunker Hill mine. On a tip from O’Rourke, Goetz and another miner discovered the Sullivan Mine, another of the region’s most profitable mines. Goetz’s share was more than $200,000, a fortune which he shared with Baer.

Goetz helped lay out the towns of Kellogg and Wardner, both named for friends of his.

Goetz and Baer saw miners going to Spokane for entertainment, so they built the four-story Frankfurt Block, a hotel, casino and saloon on the southwest corner of Main and Howard in 1887. Tragically, the building fell with dozens of others in the great fire of 1889.

Underinsured for their losses, Goetz and Baer set up a giant tent labeled “Dutch Jake’s Beer Garden,” then quickly rebuilt the Frankfurt after the fire, but  lost it to the bank in the financial panic of 1893. With barely a pause, Goetz and Baer took over the four-story Loewenberg building at Spokane Falls Boulevard and Howard Street. It was built for a dry goods store, but the partners made it the Hotel Coeur d’Alene. The pair successfully converted their saloon to a soft drink bar to survive Prohibition.

Goetz died in 1927 and Baer in 1932. The Spokesman-Review called the pair “Spokane’s premier purveyors of pioneer pleasures.”