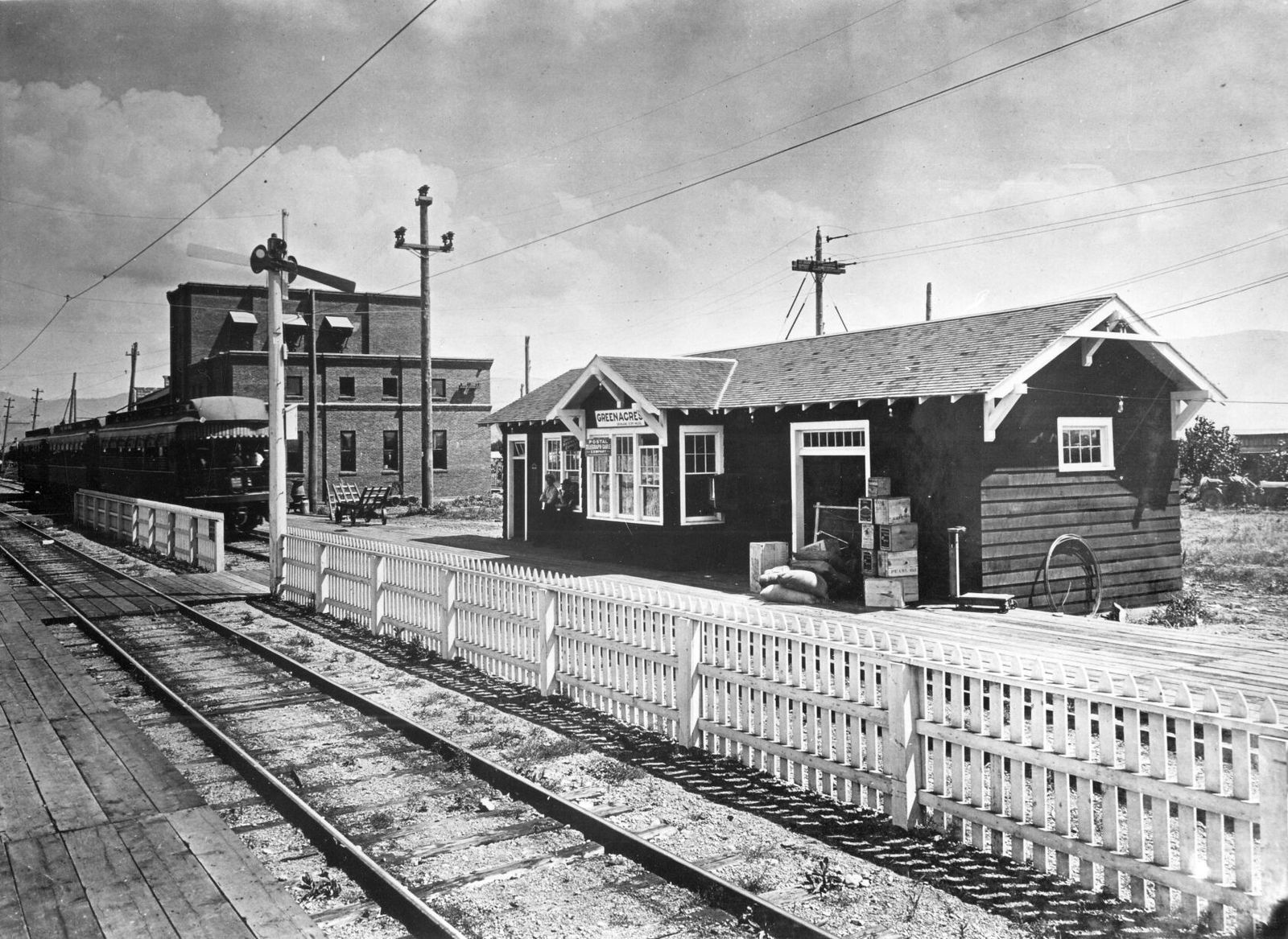 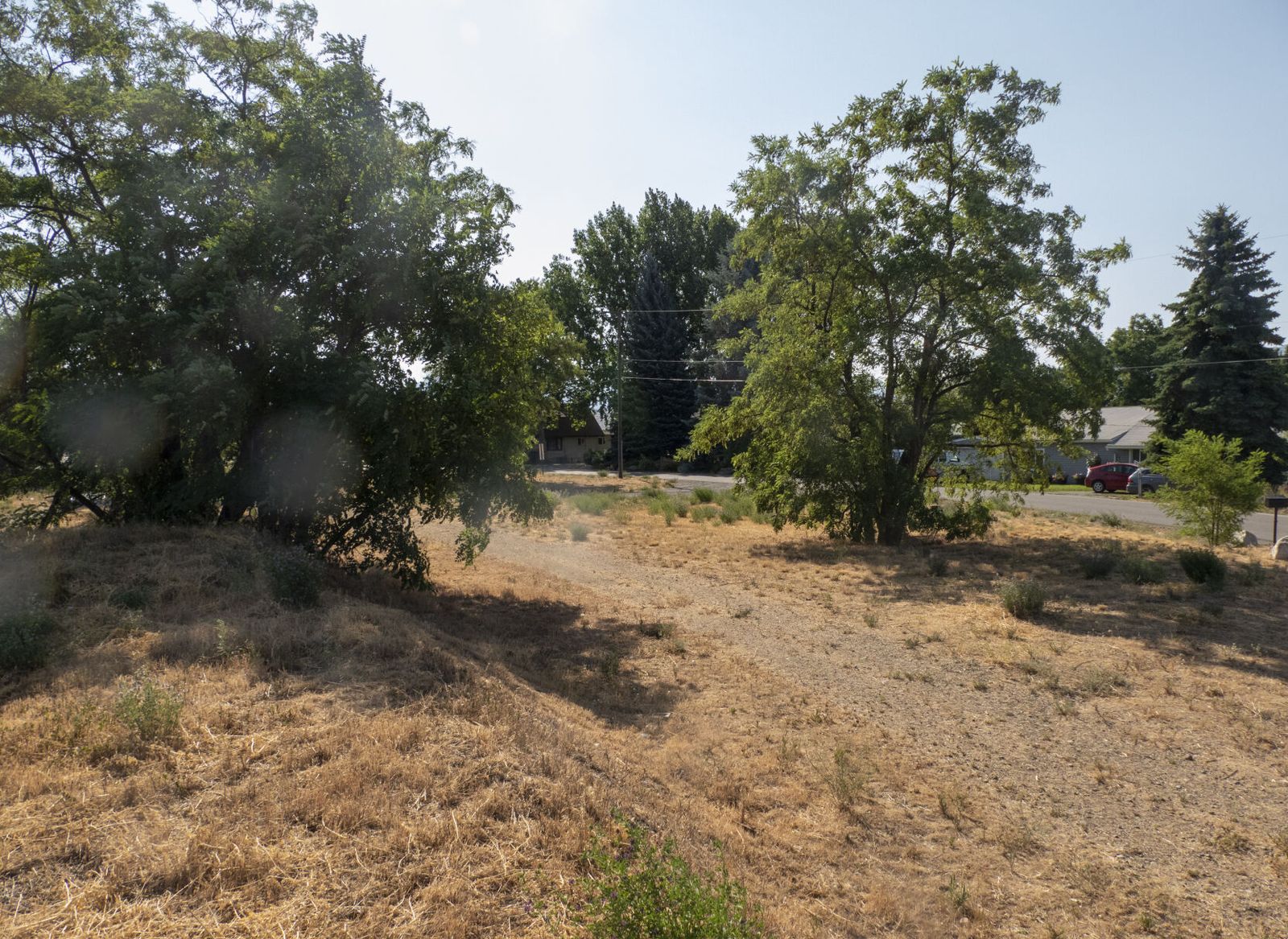 Then and Now: Greenacres Depot

At the turn of the 20th century, Frederick A. Blackwell of Coeur d’Alene started organizing the Coeur d’Alene & Spokane Electric Railway to connect the two cities. Passenger trains began rolling in 1903. Partner Jay P. Graves of Spokane made it part of his streetcar and train system. James Hill of the Great Northern Railway bought into the all-electric system in 1909.

The line brought miners and loggers to work in Idaho, business people looking for opportunities, as well as merrymakers and campers to the region’s lakes. Westbound trains brought people to Spokane, the region’s largest city and a business and train hub.

In between, the rail line increased travel for shopping and leisure, the movement of agricultural products, both fresh and preserved, and spurred land development because urban Spokanites could see the extensive farming potential of the Spokane Valley.

Hundreds of newspaper classified ads for valley real estate touted the electric train as a way to see land for sale in 1904 and 1905.

Each small depot through the valley had its own rhythm of mail, agricultural shipments and passenger traffic.

“Folks took the train (to Spokane) to work, shop or go to high school at LCHS before Central Valley High School was built in 1927. Mail was moved by the Coeur d’Alene & Spokane line. The Spokane & Inland Empire shipped car loads of fruits and vegetables,” according to Jayne Singleton of the Spokane Valley Heritage Museum.

There were branch lines to Liberty Lake and Hayden Lake for dining and dancing at resorts. Late-night trains brought theater-goers home to the valley.

Trains left hourly in each direction, passing each other at scheduled sidings. The 8 a.m. train from Spokane was the Shoshone Flyer, a nonstop express for passengers to connect with steamboats headed south on Lake Coeur d’Alene.

By 1920, the system was bankrupt and reorganized into two companies, the Spokane & Eastern Railway and the Inland Empire Railroad, which took over the Spokane Valley line and most of the company’s debt.

In 1929, the Great Northern took over the insolvent system and slowly dismantled it. The last electric passenger trains ran around 1940.

Photo from 1910: Circa 1910 - The small Greenacres depot, built around 1909 along the Coeur d’Alene and Spokane Railway, was a passenger depot, handled mail and telegrams, helped with small shipments of produce and other goods and was a travel hub for the rural community for the first decade of the 20th century. It sat on Boone Avenue near Greenacres Road. According to the Spokane Valley Heritage Museum, it was torn down or moved in the mid-1940s, not long after the regional electric train system, called the “interurban”, went bankrupt and was dismantled by the owner, Great Northern Railway. One of the system’s power boosting electric stations stood next to it, at left.   Northwest Room/Spokane Public Library

2021 Photo - An empty strip of land along Boone Avenue near Greenacres Road in Spokane Valley, shown Friday, July 23, 2021, was the site of the Greenacres depot of the Coeur d’Alene and Spokane Railway. The land now belongs to Spokane County, though county maps show a small parcel still belongs to Burlington Northern, the last railroad to own the extended “interurban” system that once ran trains to Coeur d’Alene, Moscow and Cheney and made it’s last runs around 1940. According to the Spokane Valley Heritage Museum, the depot was moved or demolished in the mid-1940s.   Jesse Tinsley/THE SPOKESMAN-REVIEW