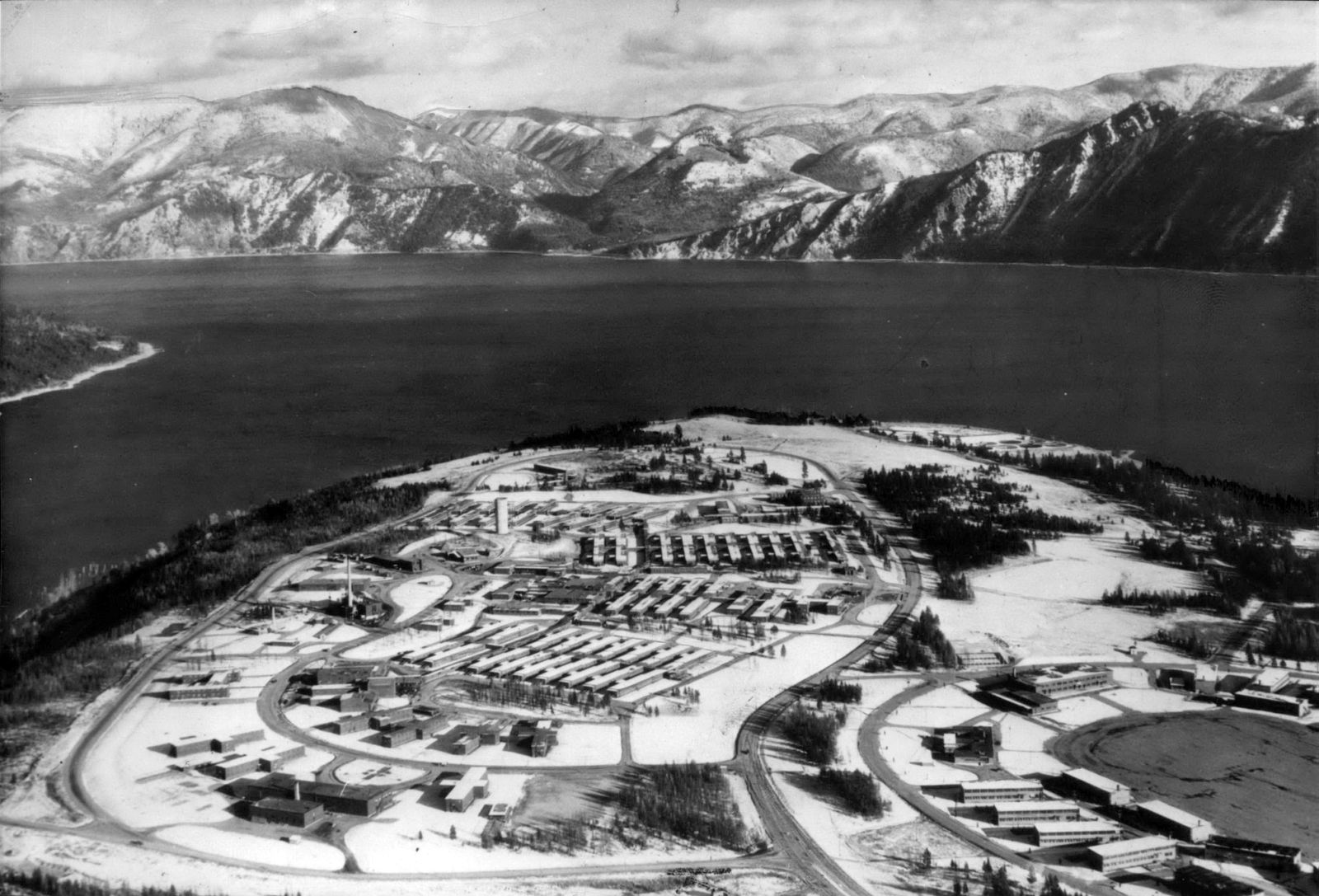 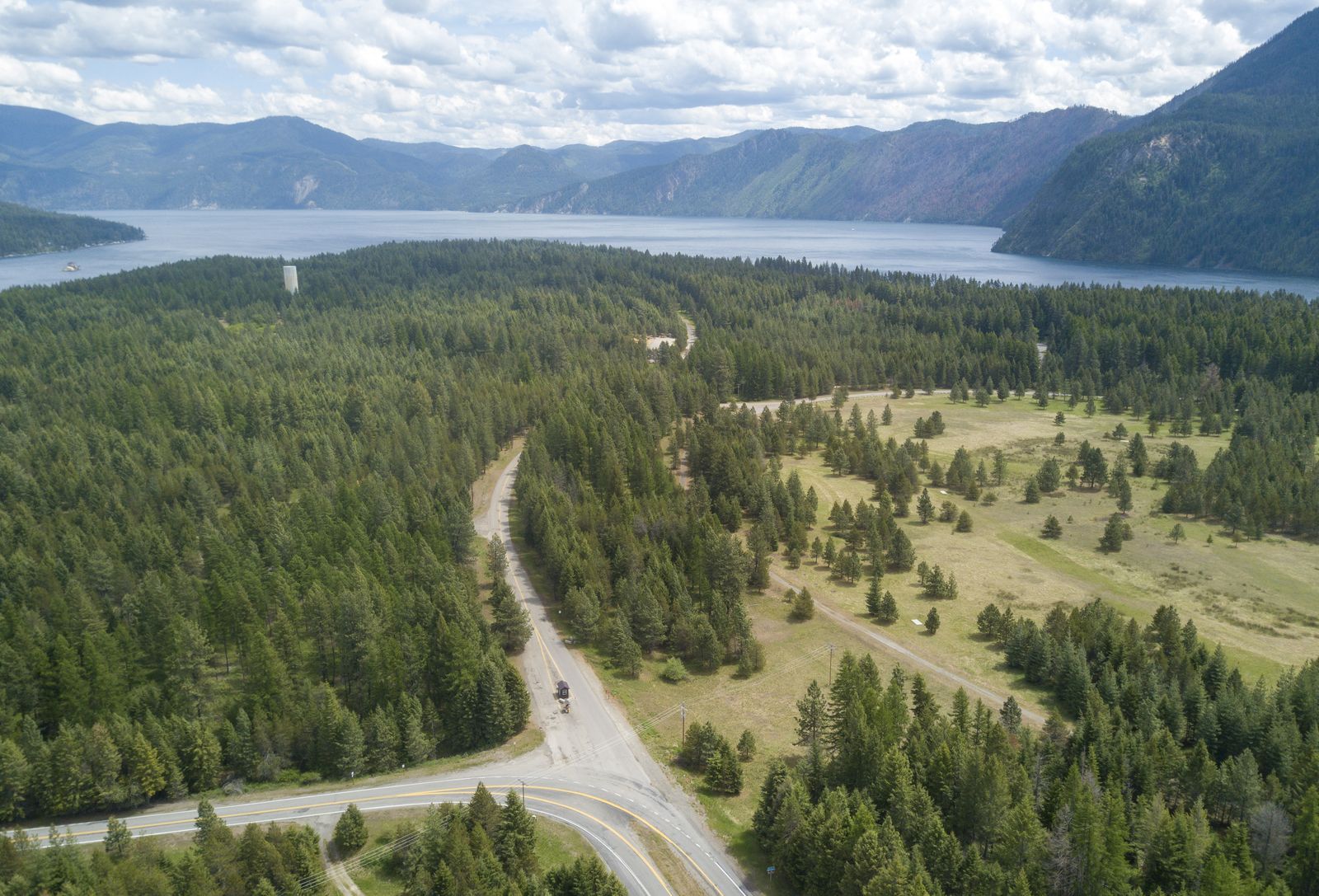 In the wake of the Dec. 7, 1941, Pearl Harbor attack, U.S. military planners chose 4,000 rural acres in North Idaho for the Navy’s new training center. The inland site was believed to be far enough from the coast to be safe from another Pearl Harbor-style attack.

The government used the War Powers Act to move seven families off the land and began building the Farragut Naval Training Station on the shores of Lake Pend Oreille.

The Walter Butler Co. of St. Paul, Minnesota, was hired to build the base, and Butler would eventually hire more than 22,000 workers who toiled seven days a week from April 1942 to the opening of the first camp in September of that year. Butler paid a dollar an hour, a generous wage during the Great Depression. Men and women flocked to the region for the jobs.

With approximately 30,000 recruits in training, Farragut would be second in size only to Naval Station Great Lakes, opened in 1911 in Illinois. Farragut was larger than the training base in San Diego.

The facility would eventually include six individual camps of approximately 5,000 men each. The camps were named after sailors who had died in the line of duty, including some who died at Pearl Harbor: Scott, Peterson, Hill, Waldron, Ward and Bennion.

Every camp had more than 20 barracks buildings housing 250 men each, along with a mess hall capable of feeding the sailors three times a day. There were medical dispensaries, recreation facilities and other buildings.

The standard training was 13 weeks, but in the midst of the war that was shortened to as little as six weeks.

In addition to recruits, there were many hundreds in the full-time station staff, called the “ship’s company.” There were also hundreds of instructors and support personnel for special schools teaching jobs like gunnery mate, electricians mate, signalman, radioman, hospital corpsmen and shore patrol officers.

The former base became the Farragut College and Technical Institute, which lasted through 1948.

The federal government passed the land to Idaho Department of Fish and Game in 1950. It became a state park in 1966.

1946 photo: An important piece of World War II U.S. Navy infrastructure, Farragut Naval Training Station sat on the shores of Lake Pend Oreille in North Idaho, and is shown in 1946, the year the camp was decommissioned. Construction of the base for the U.S. Navy was begun in 1942 and it was open for approximately 30 months. Although the base was made up of six camps of approximately 5000 men each, this area is the massive 2300-bed Farragut Naval Hospital, which cared for sick and injured recruits as well as servicemen returning from the war. The hospital buildings became Farragut College and Technical Institute from 1946 to 1948, then closed.

2021 photo - Farragut State Park sits on the 4000 acres that was once Farragut Naval Training Station, built hurriedly during World War II and closed in 1946. What was once a military base with over 770 buildings, some as large as a football field, has slowly returned to the native dryland pine forest 25 miles north of Coeur d’Alene. Crumbling roads and cracked foundations is leftover from the Navy base where 293, 000 recruits did their basic training during the war. The park, officially in existence since 1966, offers camping, hiking, disc golf, boating, swimming and other activities. The former brig is used as a museum.