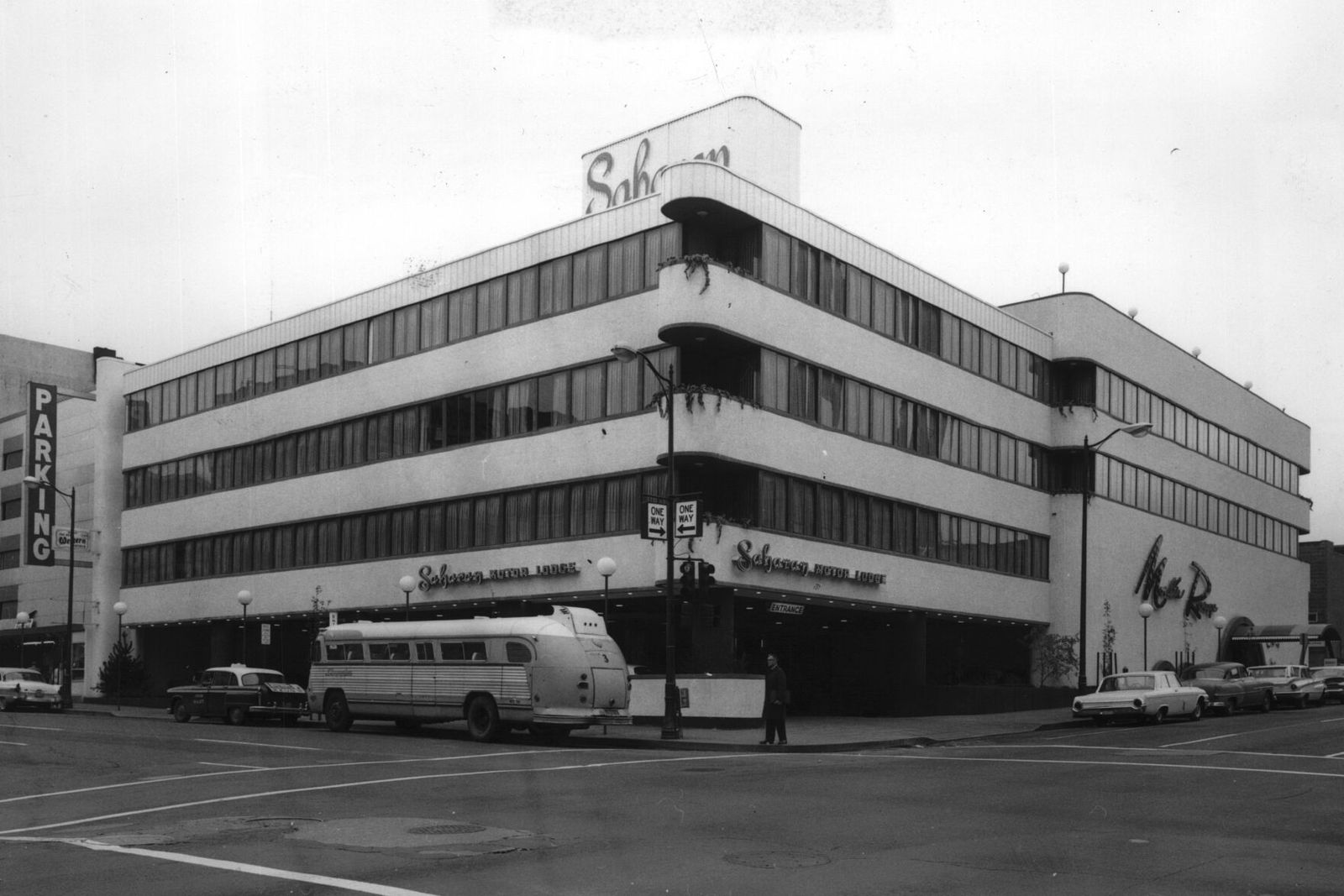 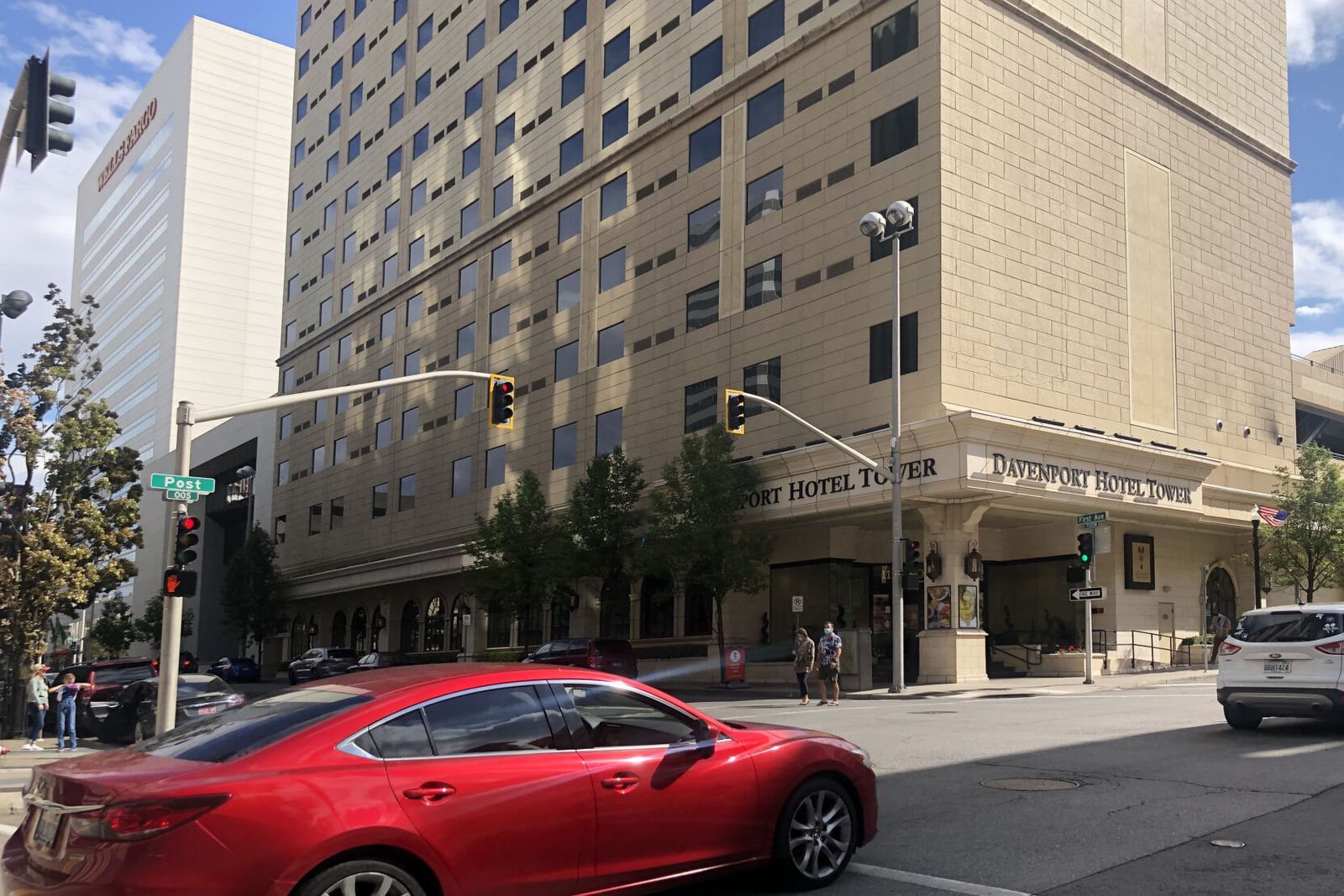 The Desert Sahara Motor Lodge bridged the era of stodgy brick hotels crowded into downtown blocks to a new model serving the traveling public in the 1950s and 1960s. It was built and operated by one of Spokane’s most successful hotel families.

Victor Dessert, an immigrant from Alsace-Lorraine and a blacksmith for the railroad, was born in 1856. He first visited Spokane in 1875, but came to stay in 1881. His first hotels burned in the 1889 fire, and then he built the brick Pacific Hotel. The name was later changed to the Dessert Hotel, then the Desert Hotel in 1937. He also built the Dessert Block at Riverside and Bernard, where the Onion restaurant has been for many years.

Dessert, who invested in real estate all over town, died unexpectedly in 1907, leaving his wife, Louise, and son Victor Jr., 15, to continue the business.

The desert theme was played out in the hotel’s lounge, the Oasis. Expanded in 1926, the nightclub was decorated with faux Egyptian hieroglyphics and statuary. Victor Dessert Jr. died in 1941, and Louise diedpassed in 1943.

The next generation, Victor Jr.’s daughters Marilu and Joanne, along with son-in-law Al Williams, would build on the family business in the post-WWII era. Travelers were no longer arriving by train, but in their own cars over the new interstate highway system.

The family built the Desert Caravan Inn on the Sunset Highway and the City Center Motel in downtown. In 1962, the Desert was torn down and replaced with the Desert Saharan Motor Lodge, which featured the Moulin Rouge night club. The name Saharan was later shortened to Sahara.

But by the late 1970s, Williams was ready to step back from the business. The family sold off most of their holdings in 1978. The Sahara Motor Lodge was sold and torn down.

They kept the City Center Motel until 1985, putting the Dessert family in the Spokane hotel business for more than a century. The City Center is now the Ruby 2 Hotel.

In 2005, developer Walt Worthy announced that he would build the Davenport Tower and Residences on the Sahara site, adding hundreds of guest rooms and apartments to his hotel business. It openeding in 2007.