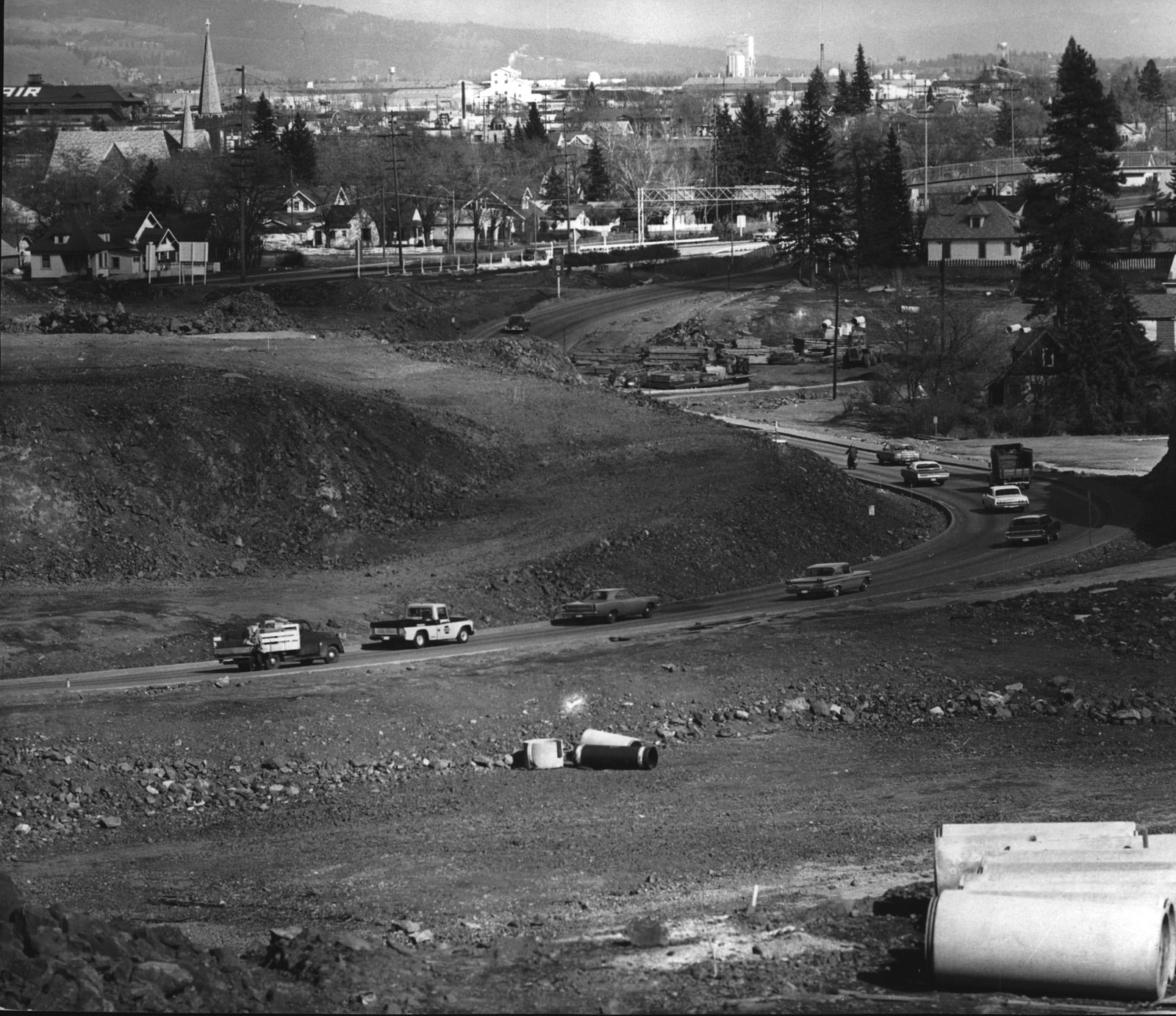 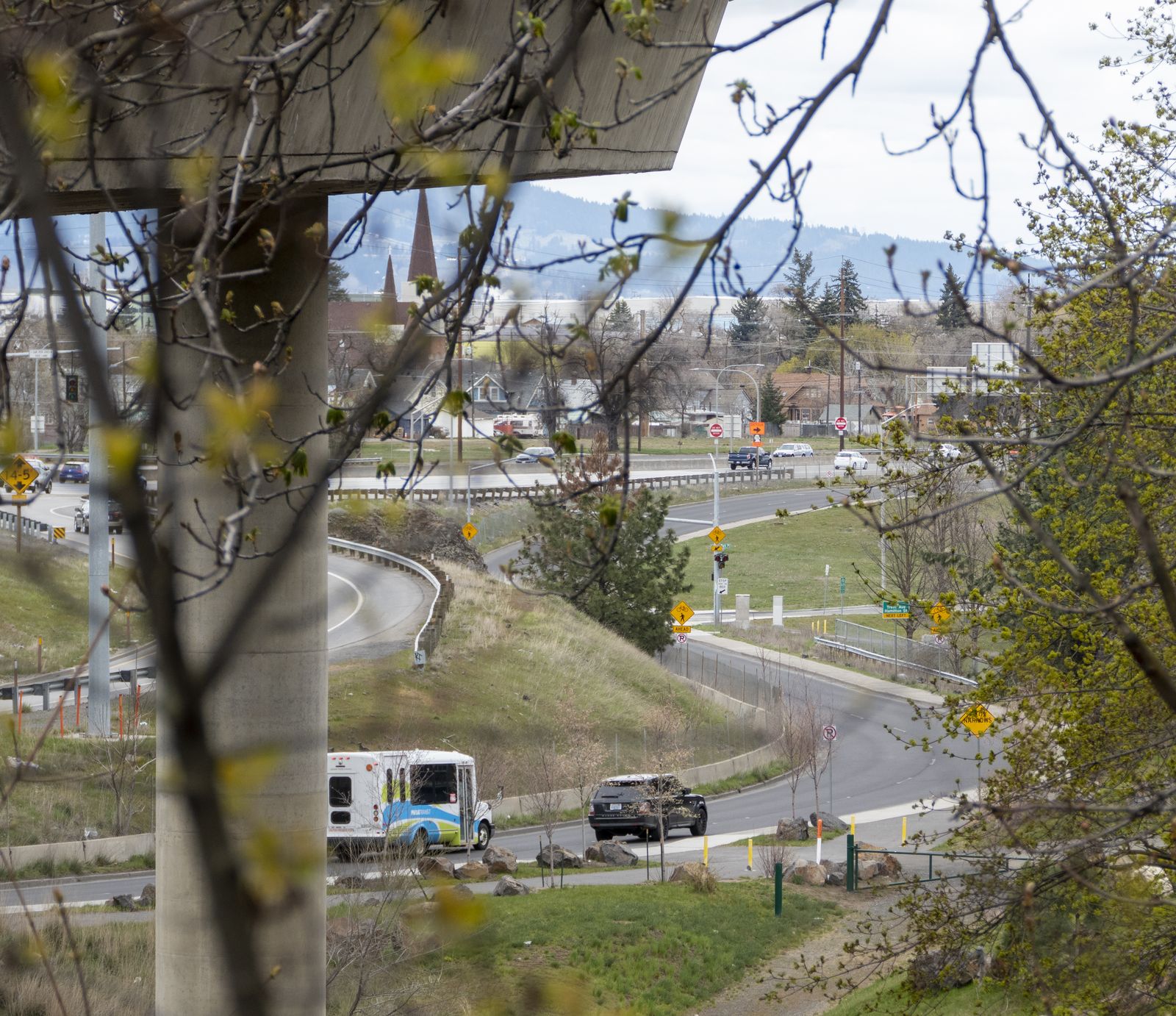 Then and Now: Third Street realignment

Before the construction of the interstate through Spokane, east-bound traffic traveled into downtown on the Sunset Highway, then onto Third Avenue. North and South Sprague Way then diverted traffic onto Sprague Avenue, which led to the Idaho border and beyond. The large volume of interstate truck traffic had to negotiate the tight downtown streets to head east to Idaho and beyond. Westbound traffic followed Second Avenue.

East Spokane had many warehouses, truck repair facilities and fuel stations where truckers needed to stop, so after President Dwight D. Eisenhower signed the “National System of Interstate and Defense Highways” act in June of 1956, it kicked off more than two decades of construction, starting in the 1960s.

The downtown freeway route would be elevated on a wide elevated viaduct above Fourth Avenue, which would be vacated, forcing the realignment of the Third Avenue through historic Liberty Park, which was bisected by the highway. The park’s rocky promenade would have to be closed because it would be cut off by a knot of new roadways around Third Avenue and Arthur Street. The state highway department paid $620,000 for the parkland, and the money was used to extend the park eastward and also to develop Grant Park.

The 1.3-mile stretch of I-90 between Maple Street and Arthur Street, built at a cost of $15.3 million, opened officially Sept. 25, 1969. But crews were still working on connecting the couplet of Second and Third Avenues around the Liberty Park area and the complex Hamilton Street interchange, which was still being built.

Walter R. Horning, the district engineer from the Spokane office of the Washington State Highway Department, noted in 1970 that after just a few months of being open, said the completed freeway "has made a 60-70 percent reduction in traffic” on Second and Third avenues.

Horning also announced, in the same 1970 newspaper  that his department was hard at work planning for Spokane’s north-south freeway. That project is expected to be completed in 2029 at a total cost of more than $2 billion.