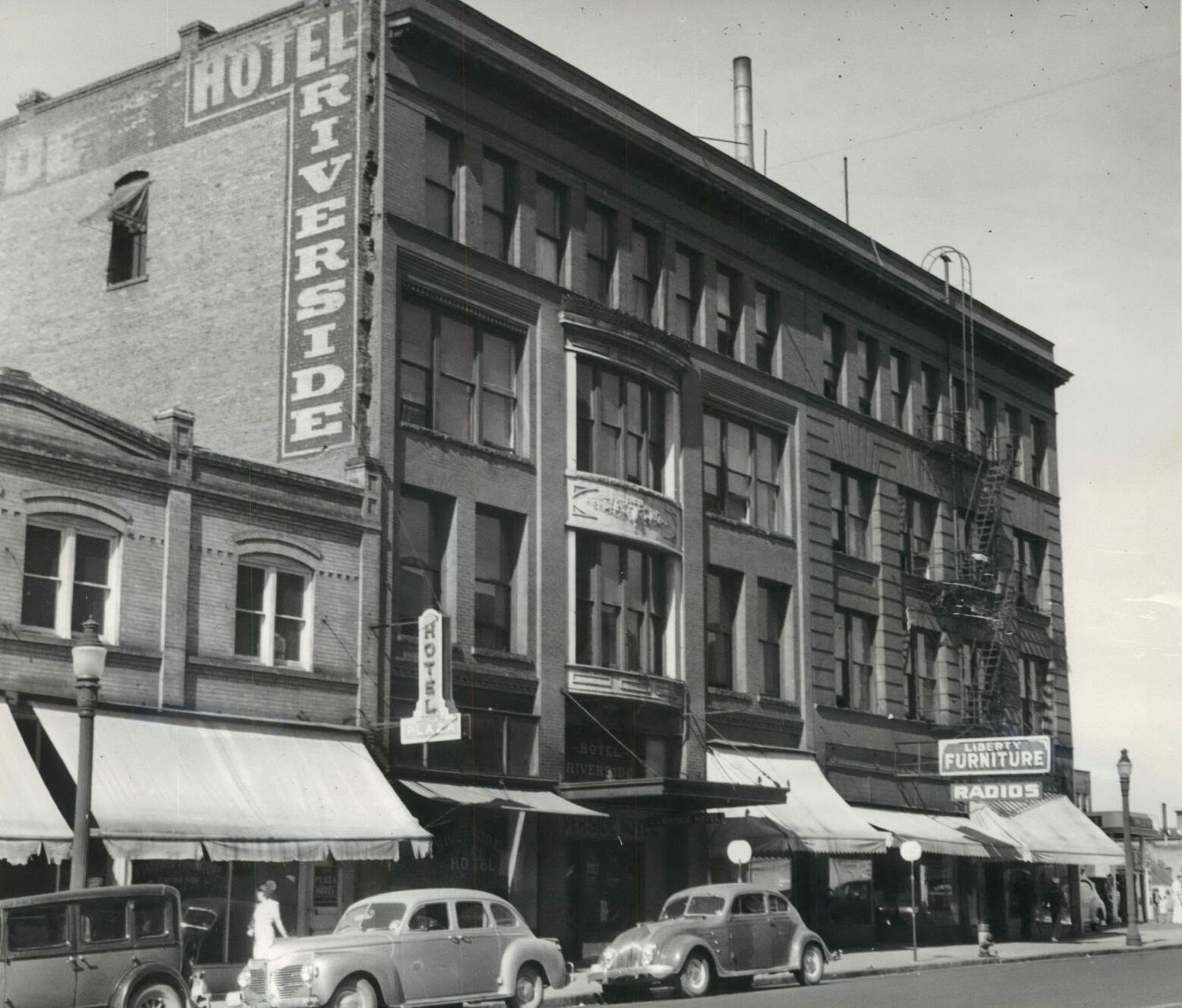 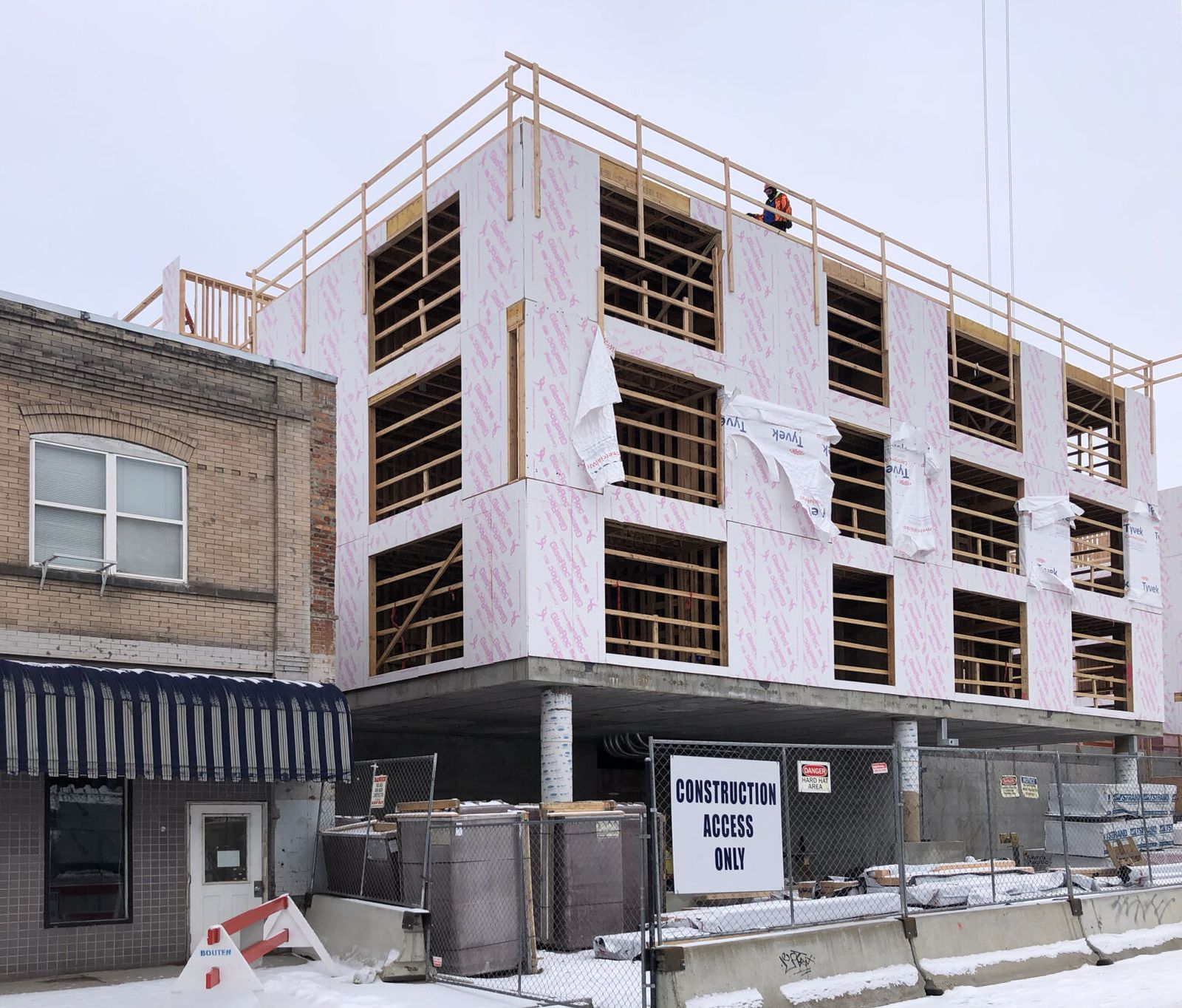 The Riverside Hotel, closed in 1975 and torn down in 1988, was a sturdy and upscale building with retail businesses in street-level spaces in the 200 block of West Riverside Avenue.

Architecture historian Robert Hyslop wrote that the three-story western half of the building was called the McGlauflin building, likely built by George McGlauflin in 1890, and shortly after Spokane’s great fire. He was also a farm implement dealer. A search of early newspapers shows McGlauflin in business as early as 1884, advertising in the Spokane Evening Review. He offered discount horseshoeing for four dollars.

In the first few years, McGlauflin ran the building himself and rented rooms.

The eastern half was built a few years later and joined to the first building with a fourth story over both structures.

In 1899, the building was taken in foreclosure by the Northwestern and Pacific Hypotheekbank, a large Dutch bank that financed much of Spokane after the 1889 fire.

City directories in the early 1900s called the joined buildings the Riverside Block. The name Riverside Hotel appeared for the first time, and the upper floors would serve as temporary and long-term lodgings under that name until 1975. In 1904, it was run by Thomas T. Kilbury and wife, Emma Kilbury.

One of the longtime retail tenants was Liberty Furniture, founded by Abe and Meyer Levitch, which occupied the east end of the building for 20 years before they moved to the Kemp & Hebert building at Main Avenue and Washington Street in 1944.

After Liberty left, there was Berelson’s Furniture Mart, operated by William Berelson for 30 years until he retired in 1975, which was the year that the Riverside building closed. Even into the late summer of 1975, the now-dilapidated Riverside Hotel was still advertising furnished rooms for rent.

Early in the morning of September 16, 1975, three arson fires were set around the hotel. One fire was at the loading dock of Berelson’s Furniture Mart. The inventory was damaged, so Berelson’s held a liquidation sale and closed.

The 19 remaining tenants escaped without harm.

The stricter rules resulted from previous arson fires in derelict buildings. “Empty buildings have a way of catching on fire,” James Walsh, battalion chief for the Spokane Fire Department, told The Spokesman-Review in 1982.

PHOTO CAPTIONS: 1943 - The Riverside Hotel, built in 1890 and expanded a short time later, was at 212-220 W. Riverside Ave. until it was torn down in 1988. It was also home to two longtime furniture stores, Liberty Furniture and Berelson's Furniture Mart.