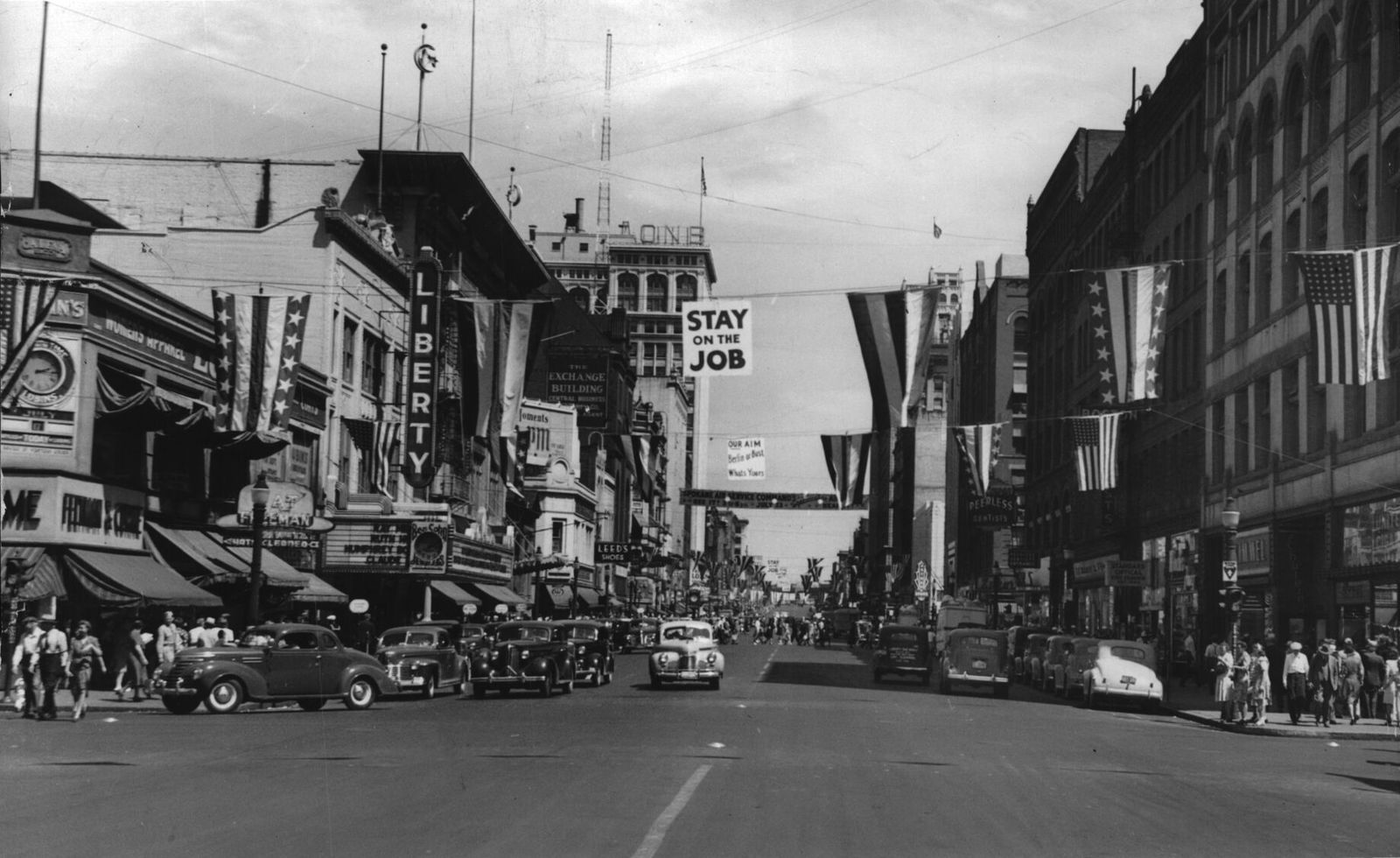 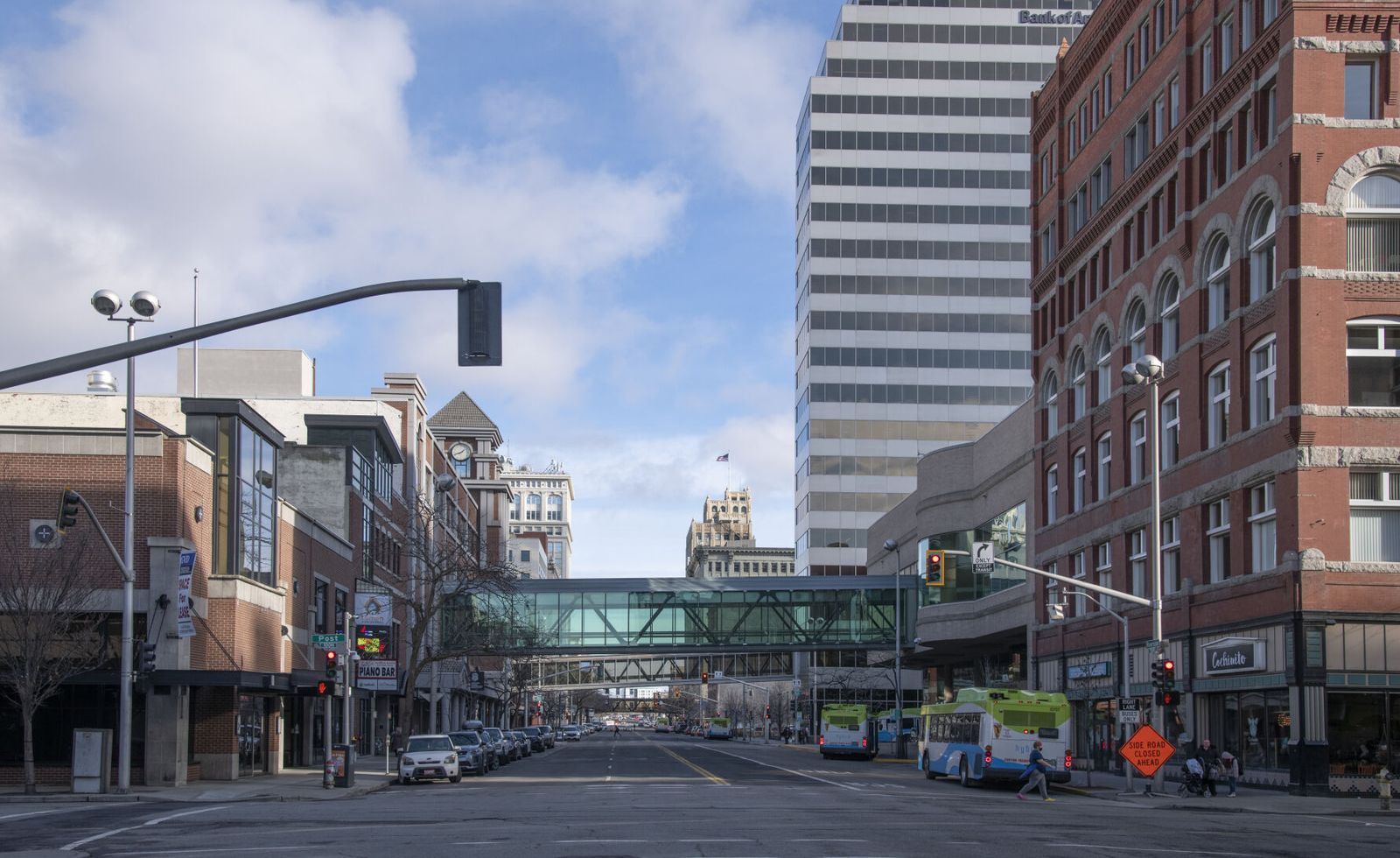 Then and Now: Stay On The Job War Show

In 1944, World War II was weighing heavily on the nation and the servicemen, defense workers and civilian support personnel who lived in Spokane.

The slogan “stay on the job” became an exhortation to the workforce not to relax from six- and seven-day work weeks and the frantic pace of wartime production. In Spokane, the words hung above Riverside Avenue near a sign reading “Our Aim: Berlin or Bust.”

Spokane’s airports and support facilities were under the control of the Army Air Force regional command, renamed the Spokane Air Service Command, or SPASC.

Although there was optimism about a victory in Europe, the Pacific Theater continued to rage unabated. To rally enthusiasm for the war effort, SPASC organized the Stay on the Job (sometimes called “Keep ‘Em On The Job”) War Show for July 23, 1944.

Bleachers for 22,000 people were set up along a bluff overlooking today’s Riverside State Park, in northwest Spokane. It was a square mile along the Spokane River, within walking distance of Baxter Hospital, where hundreds of soldiers were convalescing from wartime injuries.

Organizers told the Spokane Chronicle that there would be “men, guns, tanks and weapons of every sort, with bombers and fighters in the air overhead. Live ammunition will be used, high explosive bombs will be dropped and anti aircraft guns will be in action.”

Major Sam Grashio, a survivor of the Bataan Death March, spoke to the crowd, estimated at 125,000, before the three-hour show kicked off at 3 p.m. “Boys of Saipan, in Guam, in all parts of the world, are losing their arms, their legs, giving their lives that we might be here today. If you can’t stay on your jobs and work harder to get this thing over with, you’re damned poor Americans,” he told the crowd.

A public address announcer narrated as three A25 dive bombers swooped into the natural depression of the river valley. The trailing two aircraft collided and plunged to the earth, and killing the four pilots in the planes.

The crowd sat in stunned silence as medical personnel and firefighters cleared the scene. After a 45-minute pause, the show continued, followed by a chaplain’s prayer and the Fort Wright band playing “America the Beautiful.”

“No one who braved the heat of yesterday will ever forget what they saw,” wrote the Spokesman-Review reporter.