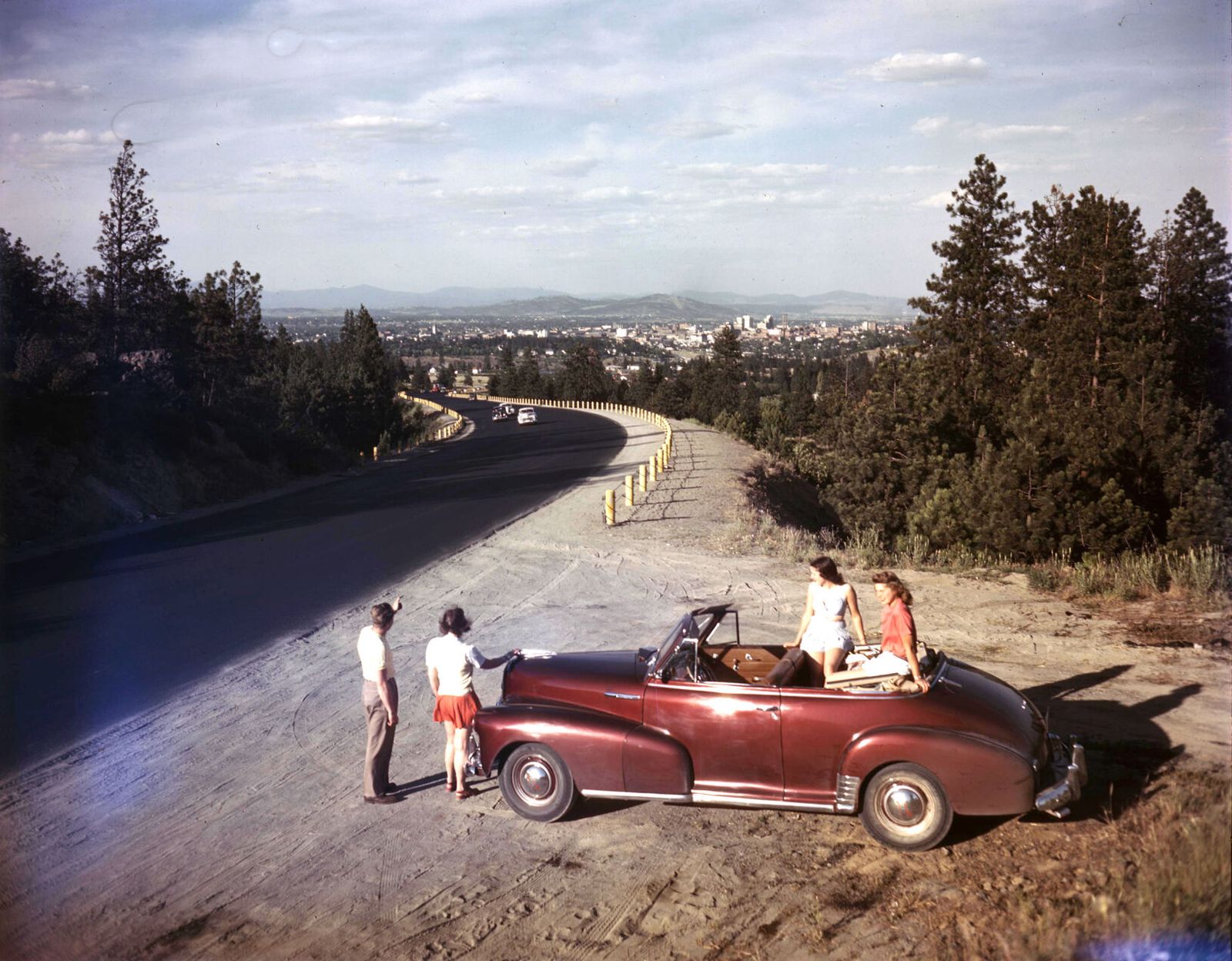 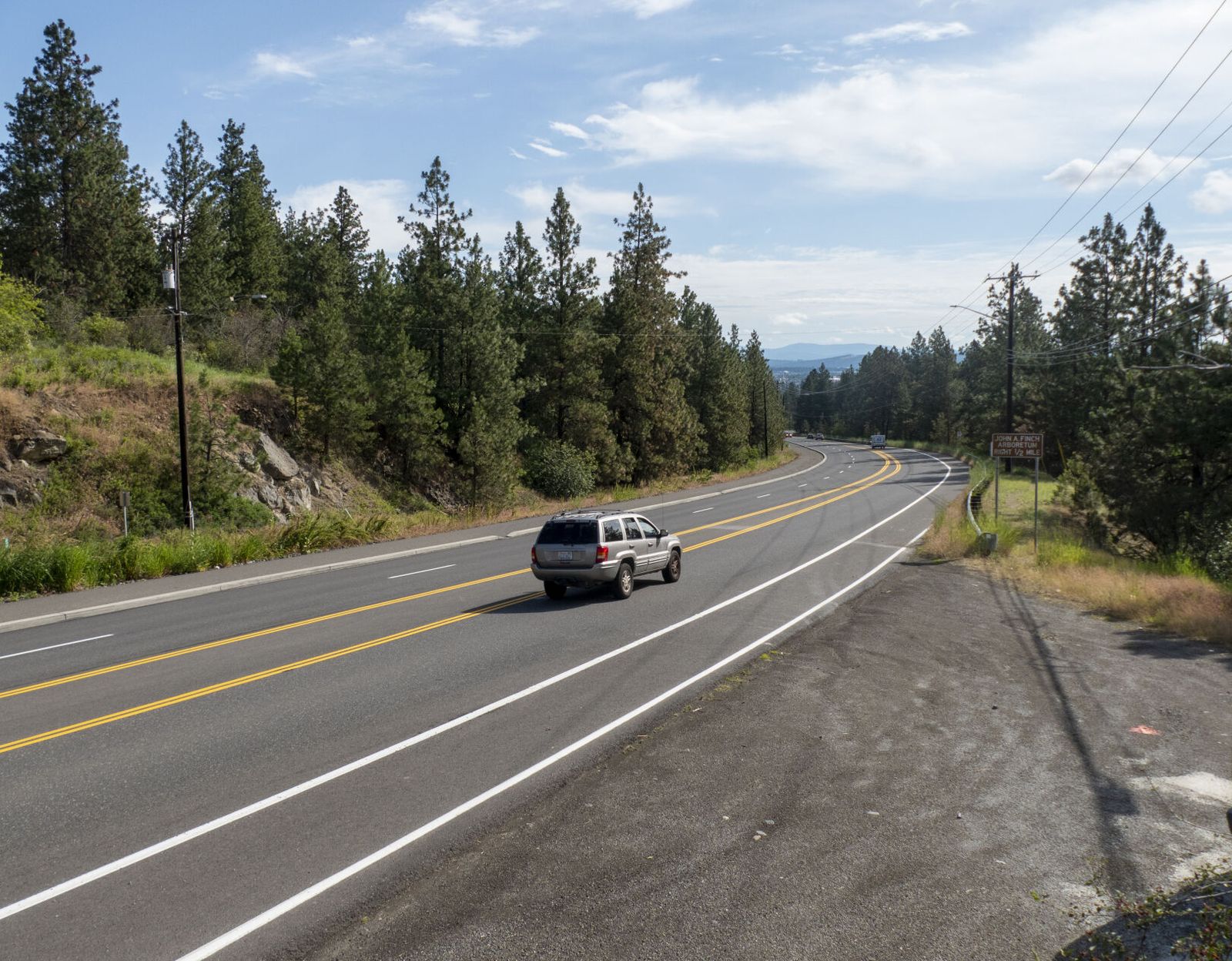 Then and Now: Sunset Highway

In 19th-century Washington territory, there were few roads outside of larger towns and cities. What roads there were ranged from old horse trails, muddy pathways built by farmers or county crews. In the 1880s, the quickest way to cross the state was by train.

In 1899, Hill summoned 100 men to a meeting in Spokane to talk about improving the major state roads, though only a handful showed up. But those early advocates for road building would go on to form the Washington Good Roads Association, officially founded in 1902, which was the dominant lobbying group that would write most of the Washington Legislature’s first bills to fund highway building through the state.

Samuel Hill was a tireless lobbyist for road building. He built 10 miles of demonstration roads on his Maryhill estate in central Washington and invited many to tour the property. Hill died in 1931.

The Washington State Good Roads Association first focused on the three “trunk highways” of the state. These were the Pacific Highway along the coast; the Inland Empire Highway running from Spokane, through Walla Walla to Ellensburg; and the Sunset Highway, a designated route from the Idaho state line through Spokane, Davenport, Wenatchee, Ellensburg, Snoqualmie Pass and Seattle.

In 1910, the Ilse & Elliott company took the contract to smooth and pave the first 17 miles of the highway from Spokane west toward Davenport, Washington.

To pave the three main highways in the state would cost around $10 million, an astronomical sum when it was announced in 1912. Planners at the meeting in Spokane suggested a small tax levy statewide could raise $3 million each year, with 85% of that dedicated to the main highways.

In 1945, the city widened and improved the stretch of Sunset Highway from Government Way and the high bridge over Hangman Creek to its connection with Third Avenue through downtown Spokane.

The Sunset Highway has been called Primary State Highway 2, U.S. 2, and U.S. 10, but in 1957, the entire route was designated as part of Interstate 90 in the new national highway system. Highway 2 still exists as the route through Stevens Pass, but I-90 followed the route through Vantage, Washington and over Snoqualmie Pass.

Captions: 1950 - A promotional photo, taken in the 1950s, shows a group of young people parked by the Sunset Highway at the top of Sunset Hill at the western edge of the city of Spokane with downtown in the distance. As improvements created a modern highway between Seattle and Spokane, photos like these were used to promote tourism in Eastern Washington. Washington State Archives - Digital Archives

2022 - Through the 1960s, the Sunset Highway was how eastbound traffic entered the city of Spokane, where they were welcomed by a cluster of motel and restaurants. In the mid-1960s and 1970s, Interstate 90 was completed and created an alternative entrance to the city accessed by offramps, leaving the Sunset Highway somewhat forgotten.