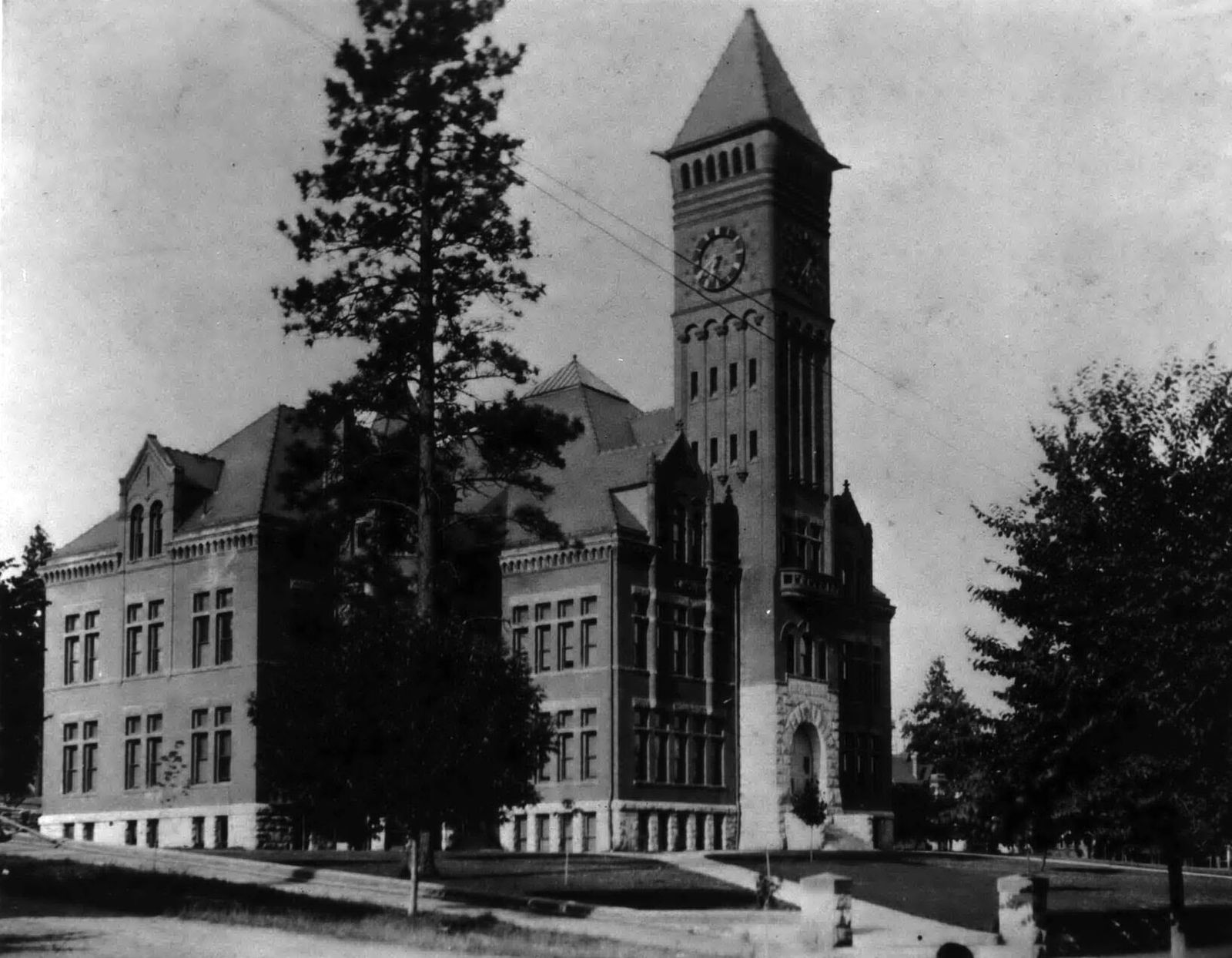 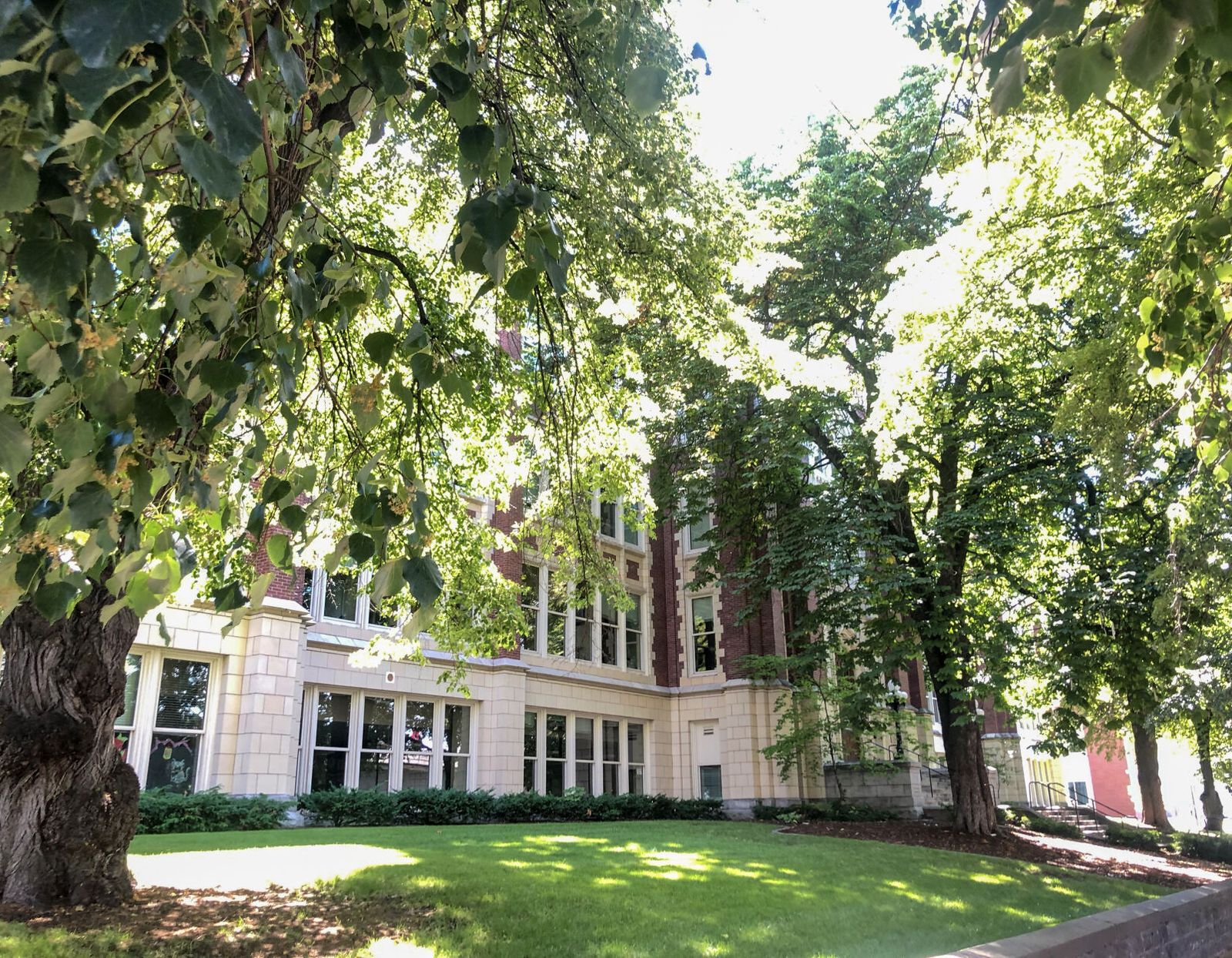 Then and Now: Spokane High School

The first school of any kind in the Spokane area is credited to Spokane Garry, a Spokane Indian, in 1870. He was educated as a teen at a Catholic boarding school in Canada and he taught Indian children and adults reading and other basic skills in the area of Drumheller Springs in north Spokane.

When protestant missionary Henry T. Cowley arrived in 1875, he opened a school to teach Indian children. Around the same time, a public school district was being organized. Businessman J.J. Browne was the first superintendent. The district’s first school was a simple two-room framed building for all ages in 1878. It was in the downtown area at the site of the Davenport Hotel.

A new two-story building, Central School, was added in 1883.

In 1886, there were 523 students in the district. A year later, there were 715. In 1889, local schools were reorganized as District 81 (now called Spokane Public Schools) and David Bemis hired as the new superintendent.

After voters passed a bond issue, Spokane High School replaced Central School and it opened in 1891. It was designed by architect Charles F. Helmle and featured a tall central clock tower in the Collegiate Gothic style. Pressured by population growth, several additions doubled the size of the school over the next 15 years.

On June 21, 1910, fire broke out at South Central and the spectacular blaze gutted the entire structure, taking all the books and school equipment with it. Faced with the loss, school officials decided to double-shift the students at North Central for two years while building a new, bigger school at Fourth and Stevens. Loren L. Rand designed the new building. Former President Theodore Roosevelt laid the cornerstone in April 1911, and the renamed Lewis and Clark High School opened in April 1912. The Hunter Field House was added in 1965. Voters approved $27 million in bonds for a remodel of Lewis and Clark in 1998. The field house and adjacent administration building were demolished and rebuilt and a skybridge added. It reopened in 2001 and is listed on the National Register of Historic Places. A new wing with classrooms and cafeteria was added in 2019.