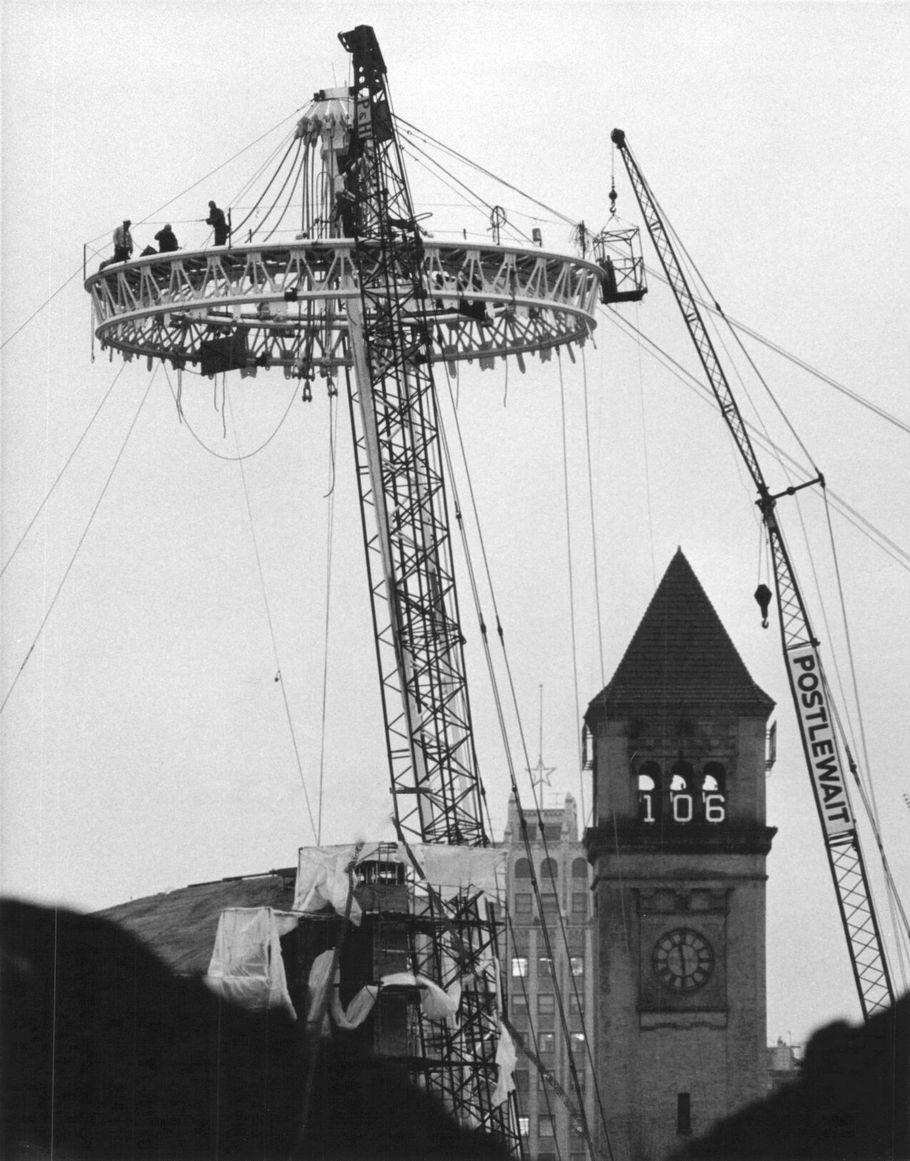 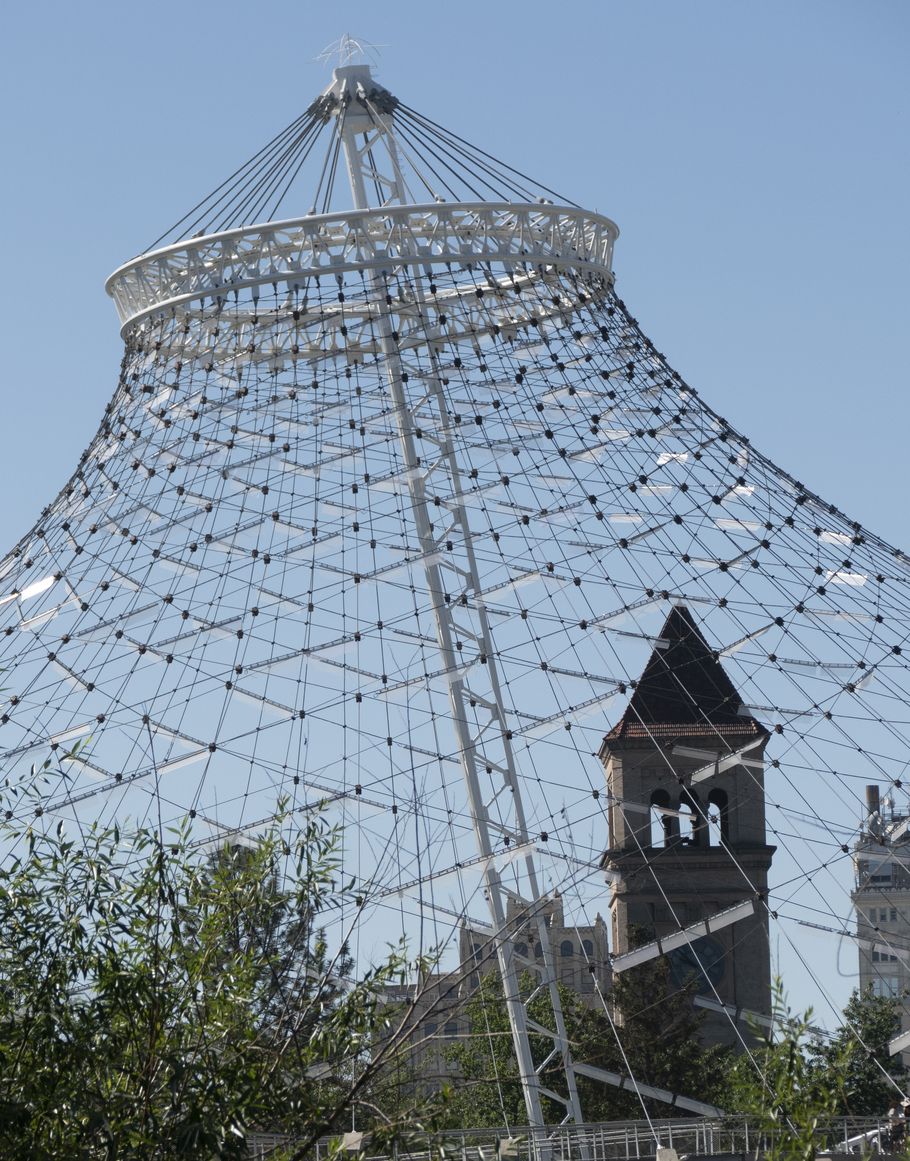 Then and Now: U.S. Pavilion

The Riverfront Park Pavilion was built as the U.S. Pavilion for Expo ’74 with funding from the U.S. Department of Commerce. Once the tent deteriorated, the steel and wire skeleton has graced the Spokane skyline in silhouette since the late 1970s.

As Spokane’s request for funding worked its way through the Department of Commerce in the early 1970s, Washington’s senators, Warren Magnuson and Henry “Scoop” Jackson, along with Representative Tom Foley, helped where they could.

“I want to urge the community to do what it should do - liberally participate in the local support and financing of the fair,” said Magnuson in April of 1971.

The Spokane Exposition Association had already succeeded in getting the Washington State Legislature to provide $7.5 million to build the Washington state pavilion, which today is the 2700-seat First Interstate Center for the Arts theater.

Both the U.S. and the state pavilions were seen as the most useful and desirable facilities to have after Expo ’74 was completed.

The initial design proposal for the U.S. Paviliion was a rigid structure with twin conical roof lines which would be sheathed with copper. The designers suggested that there be water cascading down the copper cones.

Edward Feeney, the Department of Commerce’s exhibition coordinator in Seattle, favored going to a “softshell” structure, a tent that would be approximately the size of a football field.

Feeney said “Based on ecology alone, that much use of copper (in the first design proposal) is excessive Copper is expensive. It’s in short supply.”

Feeney also explained that once the tent was removed after Expo was over, it will leave “a huge, Greek-style amphitheater.”