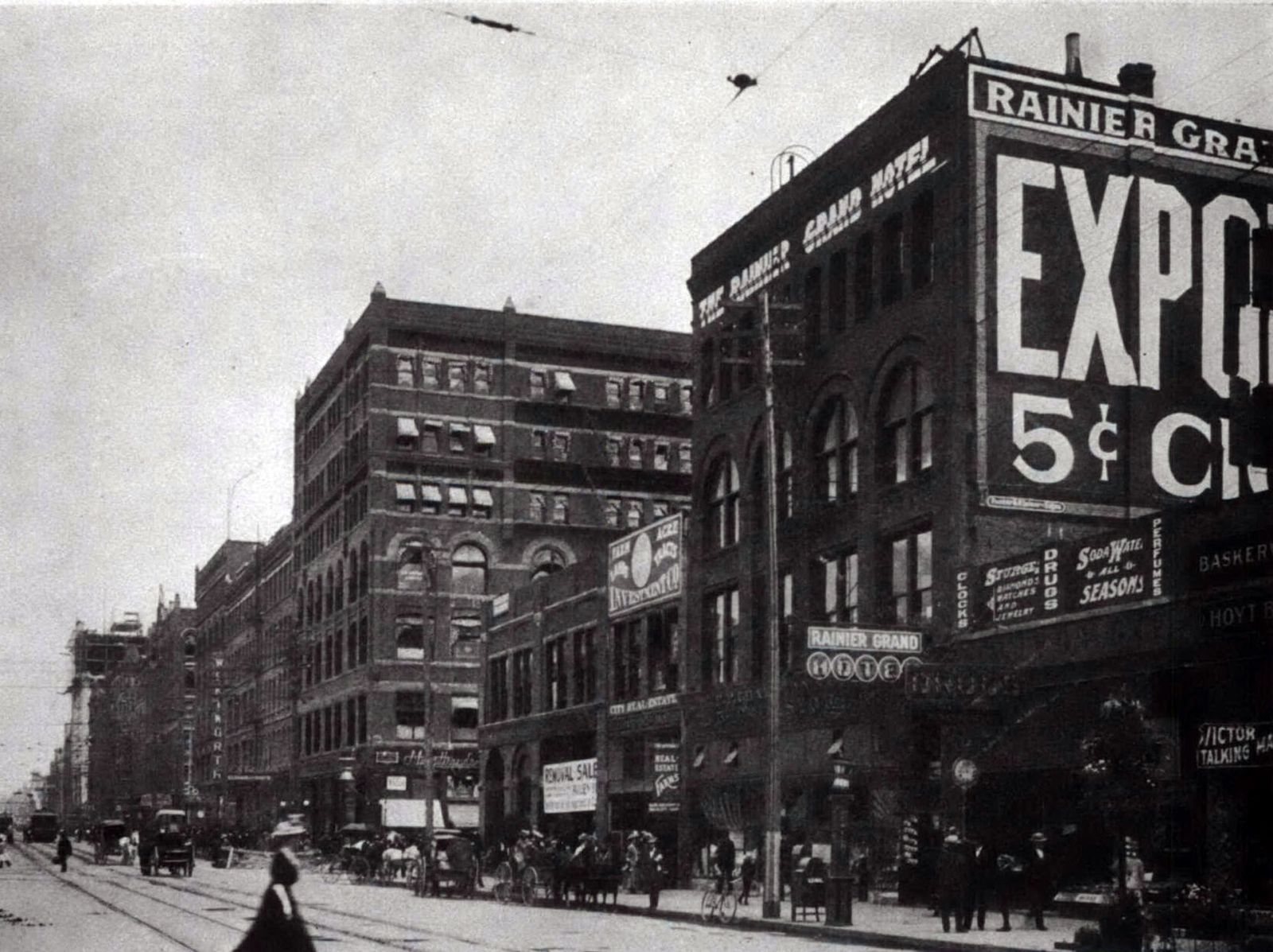 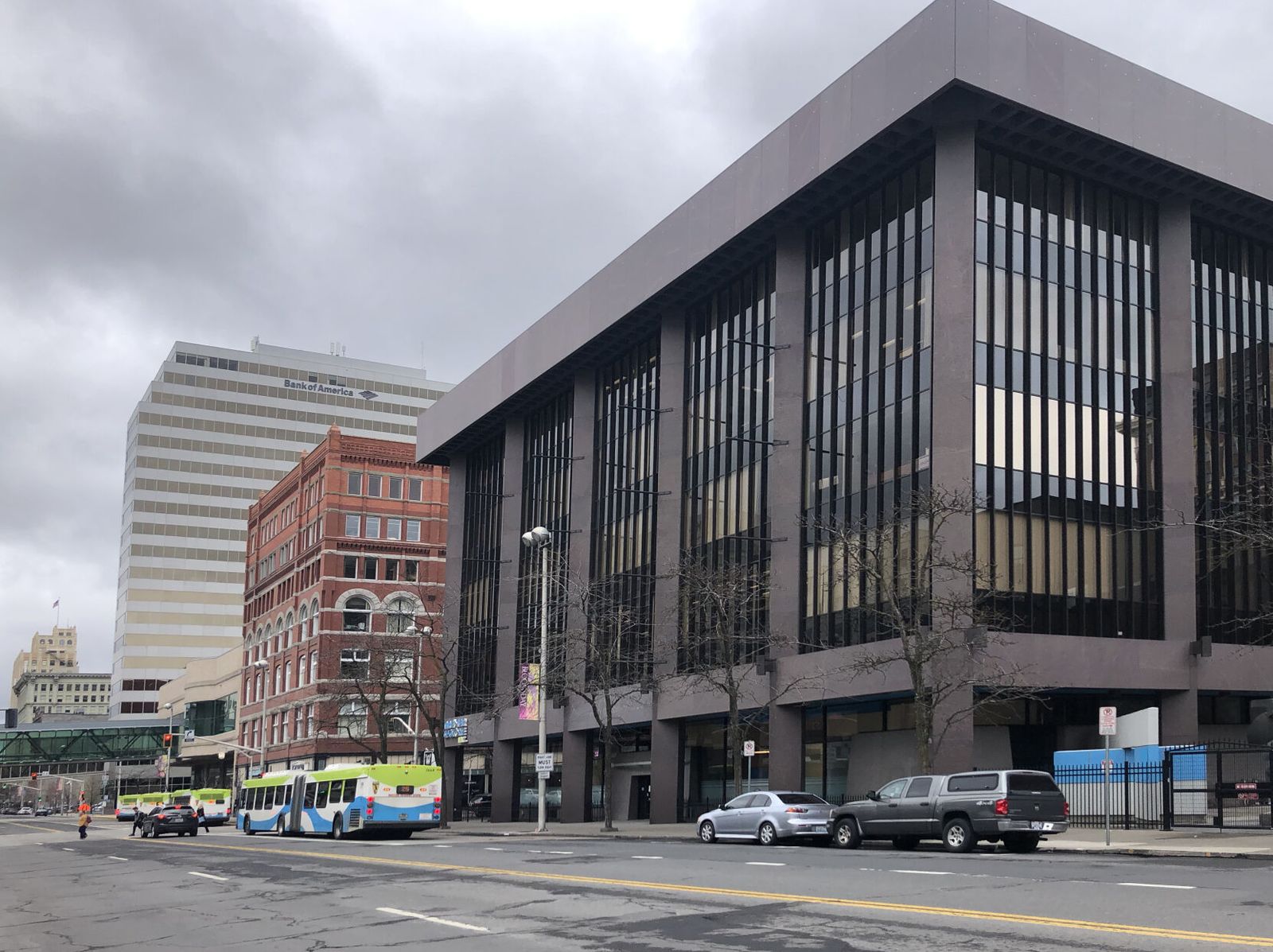 Then and Now: Rainier Grand Hotel

Seattle’s Rainier Grand Hotel opened around 1890 and served the city’s merrymakers, hosted glamorous balls and raucous parties, and liquored up Klondike gold rushers on their way north. It was torn down in 1930 to make way for a government building.

In Spokane, a four-story building on the south side of the 800 block of Riverside Avenue was also named the Rainier Grand Hotel, though there likely was no relation to the historic Seattle hotel. Although the building was constructed right after the great fire of 1889, the hotel upstairs didn’t open until around 1900 at 811 W. Riverside Avenue. There were no grand cafés or ballrooms, just modest accommodations. Classified advertisements for lodging simply said “Rainier Grand House – Pleasant rooms.”

In 1907, one of the first major retail tenants to move in was E.P. Charlton and Company. The firm was a new chain of dime stores based in Massachusetts. The Charlton’s syndicate only lasted four or five years before the store name changed to F.W. Woolworth because Earle P. Charlton, of Fall River, Massachusetts, had become a vice president at the F.W. Woolworth company and they had merged. Woolworth stayed in the building until 1924, when it moved to a new building on Main Avenue.

One of Spokane’s most enduring retailers, the Eastern Outfitting Company, which was founded around 1900 on the 400 block of West Sprague Avenue, moved into the Rainier Grand street level space next and stayed for thirty years. The company offered upscale clothing for men and women, including hats, shoes, dressy clothes and outerwear.

The store pioneered its own in-house credit plan, which their ads called “decidedly new and unique in the history of modern merchandizing in the west.” Payments on accounts were only one dollar a week until debts were paid off.

By the time they went out of business in 1958, they were colloquially known as just “the Eastern.”

For a few years in the early 1960s, there was a variety store called Giant 88 in the first floor space, then it became a Volunteers of America thrift store until the Rainier Grand and buildings around it were sold and demolished to make room for a brand new headquarters for the Pacific National Bank of Washington.

The five-story, $2.5 million bank building opened in 1969. Today, the structure is called the Spokane Regional Business Center and is home to Greater Spokane Inc. and other tenants.