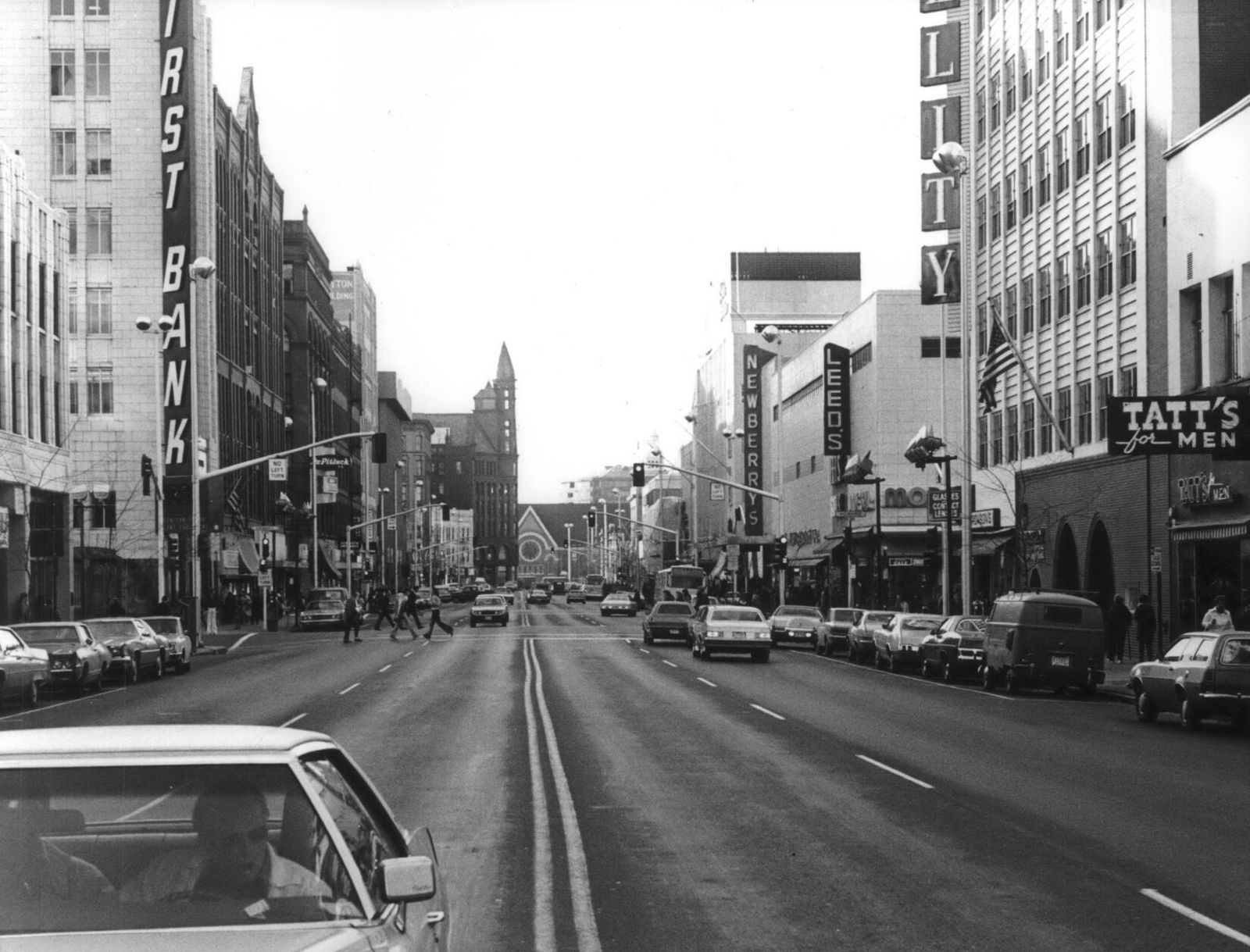 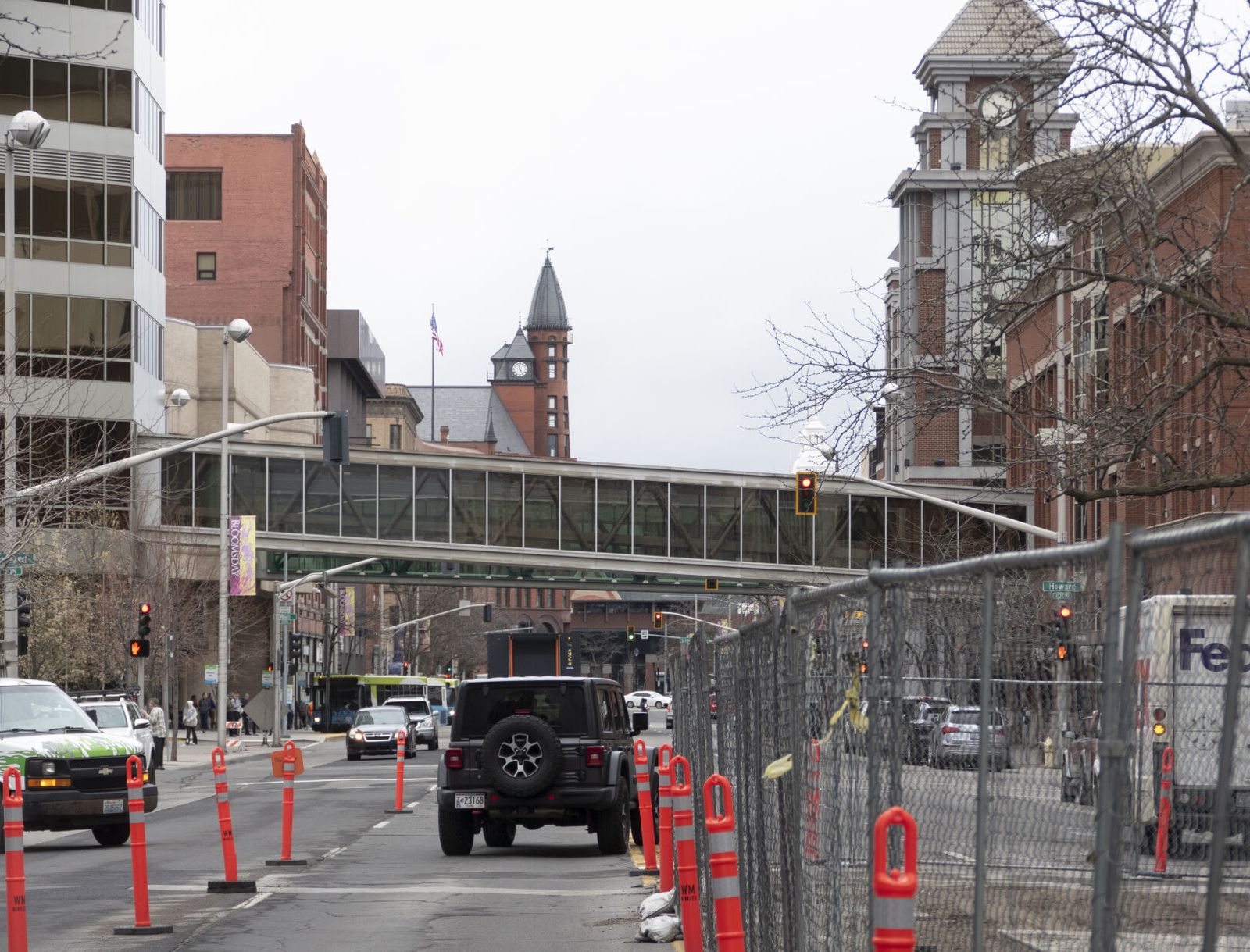 Then and Now: The Review Tower

In the 1880s, Spokane’s early newspapers struggled for circulation and advertising dominance in the burgeoning frontier town.

The Spokane Falls Review, a weekly founded by Frank Dallam, began publishing in May of 1883. Several months later, Dallam broke the news of a gold strike in the Coeur d’Alene Mountains, a story that spread like wildfire and pushed his paper past his competitors.

But Dallam needed capital to expand to a daily paper and brought in partners. Ownership changed hands multiple times as the competing papers struggled to show a profit.

Dallam spent $5,000 to become a member of tthe Associated Press in 1886. He was bought out a year later and moved on from Spokane.

In 1888, the Review was owned by a partnership made up of Harvey W. Scott and Henry L. Pittock, both executives from the Portland Oregonian newspaper, and Spokane pioneer businessman A.M. Cannon.

The owners of the Review purchased the wood-framed Presbyterian church at the corner of Riverside and Monroe and commissioned Chauncey B. Seaton, the architect who had recently completed the Spokane Exposition Building on East Sprague Avenue, to design a new building befitting a major city newspaper.

In 1890, a new paper called The Spokesman began publishing. The new paper had a significant investment from Alfred Cowles Sr., treasurer of the Chicago Tribune.

Seaton designed and positioned the building so that the spire of the 146-foot tower appeared to sit on the centerline of Riverside Avenue when seen from Division Street. Spokane was in the midst of rebuilding from the great fire of 1889, and the Review Tower made a splash as the city’s tallest building and symbol of the newspaper business.

In 1893, the nation was in a financial panic. Falling gold reserves in the U.S. Treasury caused investors to panic and make a run on banks and investment firms.

The Spokesman newspaper was hard-hit and William H. Cowles, the 24-year-old son of Alfred Cowles, traveled from Chicago to Spokane to try and save it. He would negotiate the merger of the Spokesman and Review, which was also near insolvency following the tower’s construction. The combined Spokesman-Review name plate first appeared in 1894. The company later purchased the Spokane Chronicle in 1897.