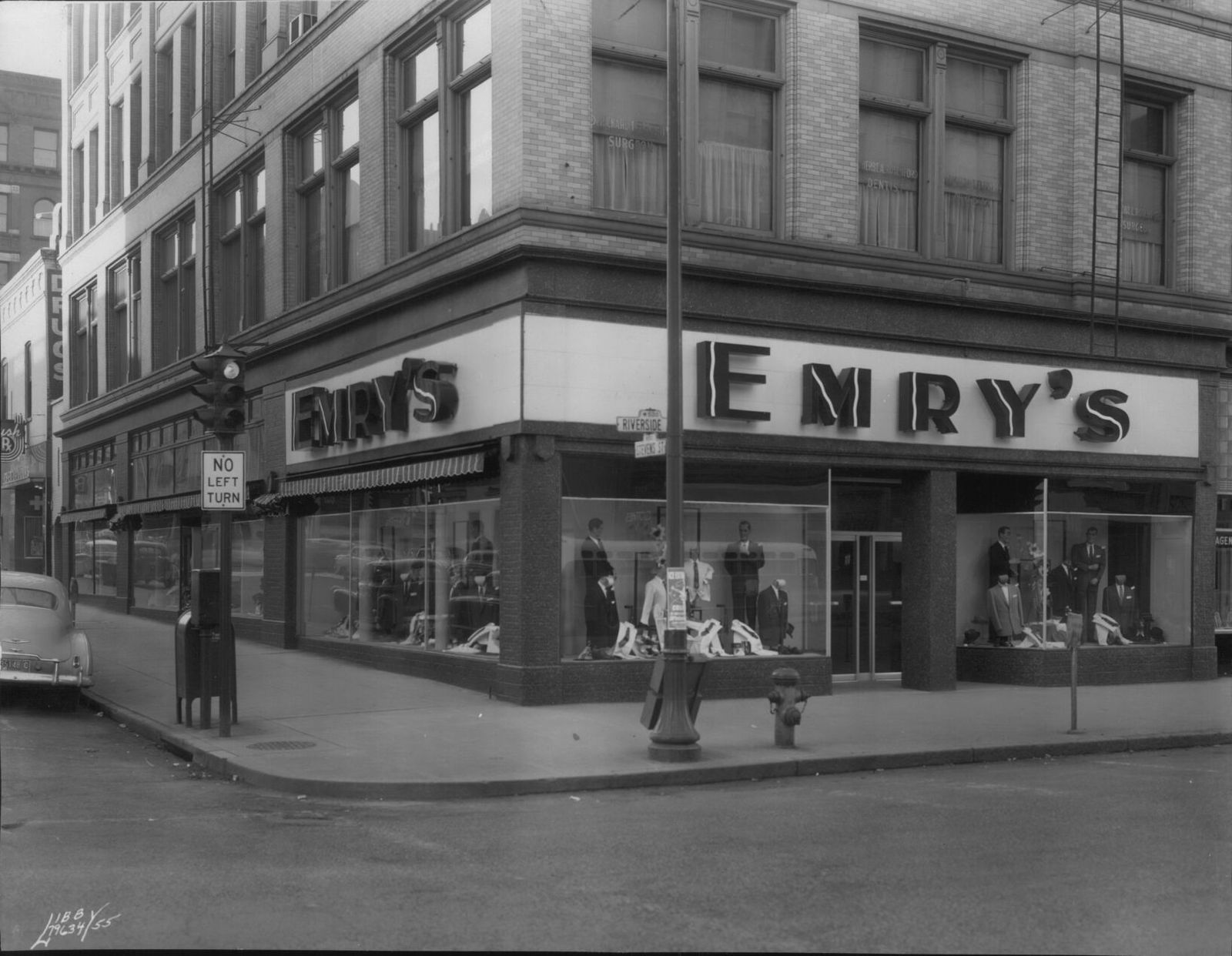 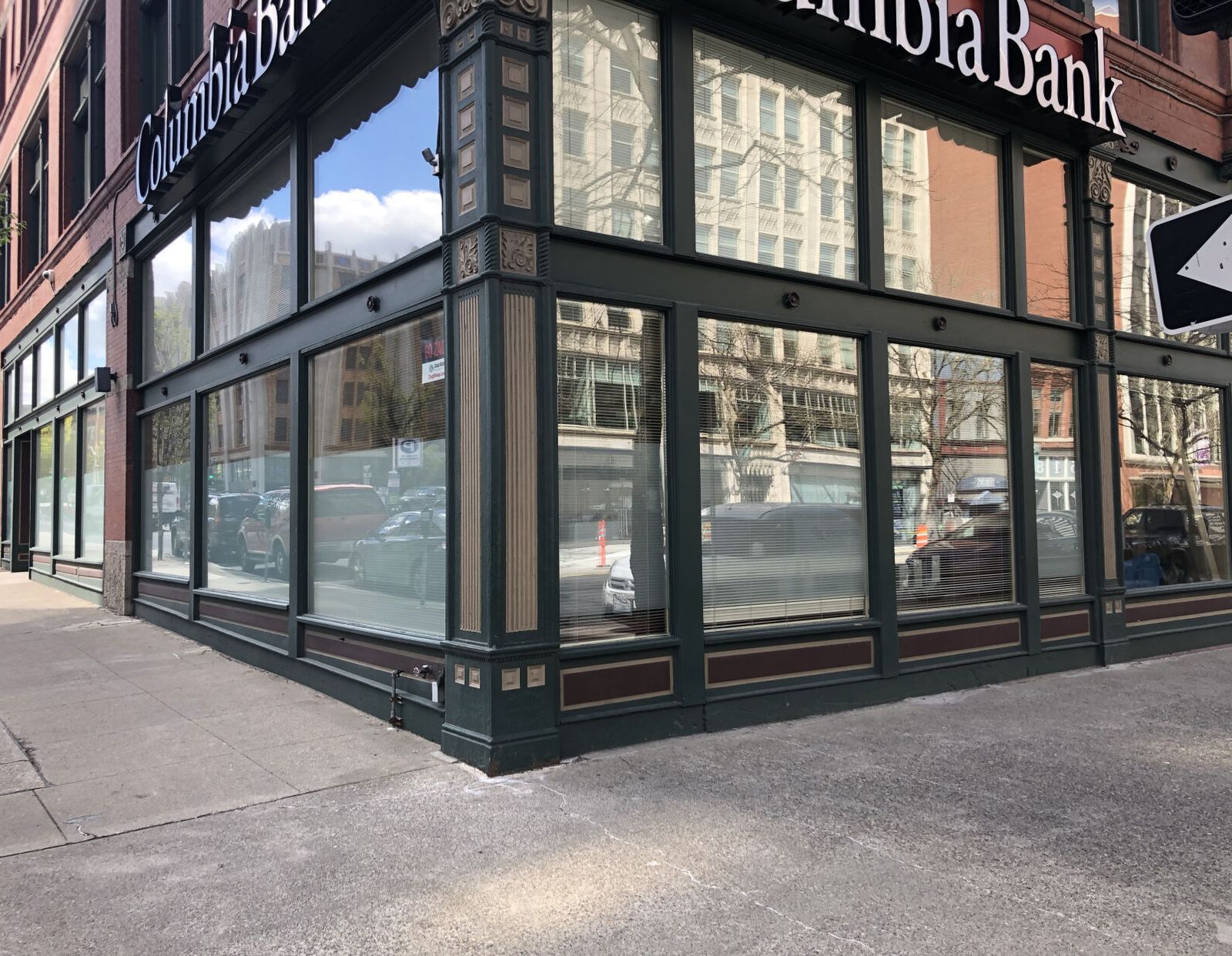 The Chamber of Commerce building was constructed right after Spokane’s 1889 great fire, and the name changed to the Fernwell in 1893 after owners Rollin and Mary Hyde’s boy child, who died in infancy.

Most of Spokane’s downtown buildings followed the Chicago school of architecture, where the bottom one or two stories were dressed up with heavy pillars and arches, topped with less ornamented upper stories and capped with an ornamented cornice. The Fernwell building had large display windows at street level, suitable for displays of clothing and retail goods.

R.J. Hurd & Company opened the doors of a proper men’s furnishings shop there in 1894. In 1925, they sold out to H.H. Hebert of Kemp & Hebert, another department store with a large menswear section. The store was managed under the Hurd name by Glen Pattee, who was very involved in local and state-wide retail business.

In 1933, Frederic Grant Emry bought the Hurd store and renamed it Emry’s.

Emry was born in Pleasant Plain, Iowa, and moved west to get into business after earning his degree from the University of Iowa in 1902. With Harry R. Hibbs, he would eventually run the Emry-Hibbs Clothing Company of Fort Collins, Colorado.

The Emrys attended the graduation of their son Merle from Stanford in 1929, then eventually moved to Palo Alto with their two daughters a short time later. Merle’s marriage to Grace Humphrey, another student at Stanford, took up a large section of the society page in Fort Collins in 1930.

After briefly owning a men's wear store in California, the Emrys made the move to Spokane in 1933. They purchased the R.J. Hurd clothing store at 503 W. Riverside Avenue in Spokane, changed the name and operated Emry’s Clothiers, an upscale men’s store. Wife Eunice, son Merle and daughter-in-law Grace all served on the company’s board.

Emry’s store advertised that it carried shirts by Arrow, Bostonian shoes, hats from Dobbs and other national brands.

When Fred passed away in 1946, Merle became company president and continued to operate the store until 1951, when he sold the store to Herbert S. Howell, who also operated Brooks Department Store for Men.

The location later became a Harvey’s Fine Clothing store, which closed in the mid-1990s.